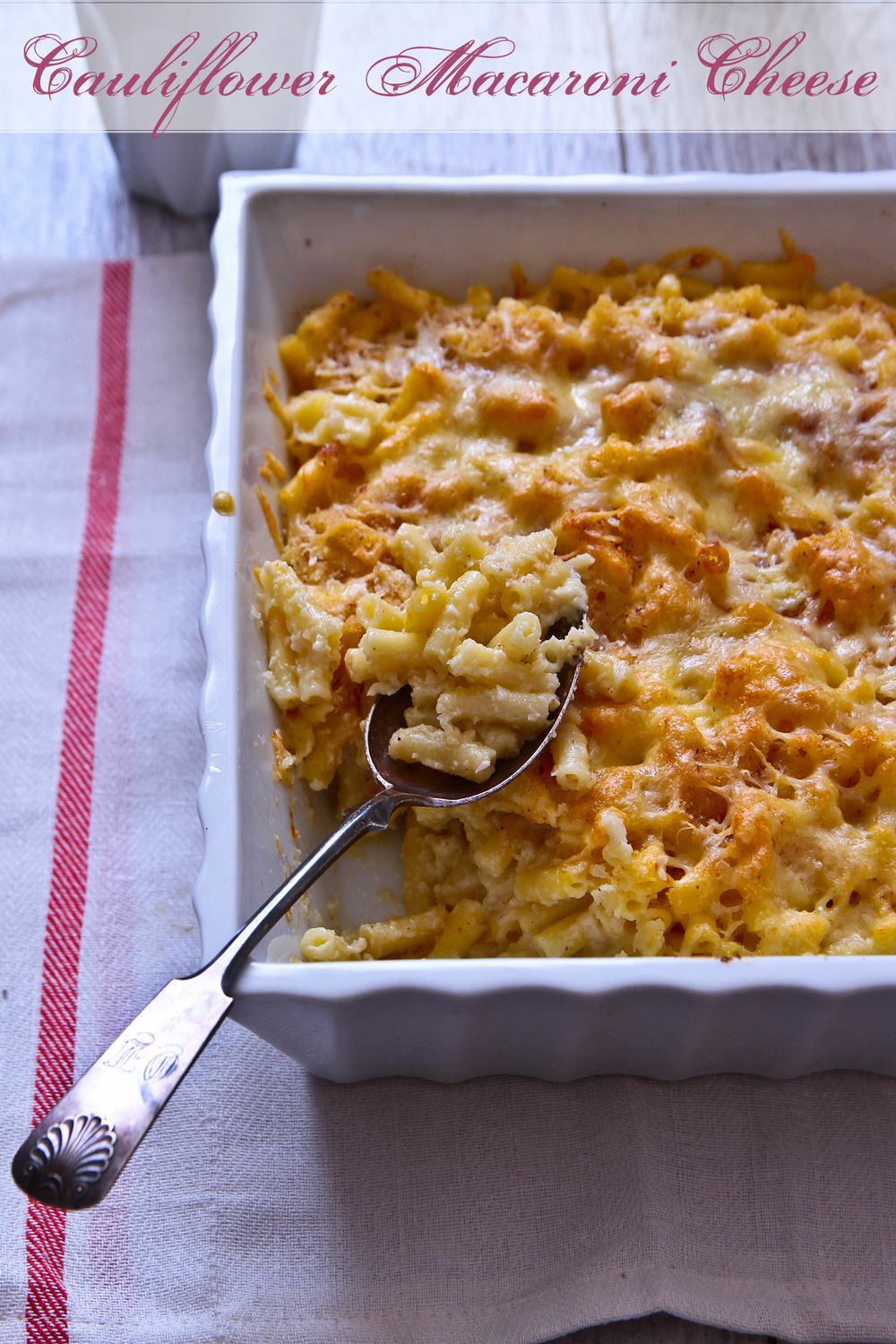 One day, I was talking to a friend (who has requested to remain anonymous ;) ) and her husband in a noisy restaurant when he said something and I swivelled my head around in alarm.

"Did you just say something about 'safe word'?" I asked him. He burst out laughing and she looked a bit confused.

"I did not mention anything about a safe word" he said laughing.

"Good, because I don't think I need to know what your safe word is," I said indicating the two of them. "That is waaaay too much information."

Safe words, in this context, are of course those words that you use in intimate situations to call a time out. However my friend was looking at this exchange bemusedly.

"What are you talking about? Isn't a safe word the word you give to your kids if you arrange someone to pick them up?" she asked.

"Okay that's it, I have to lend you Fifty Shades of Grey" I said to her. 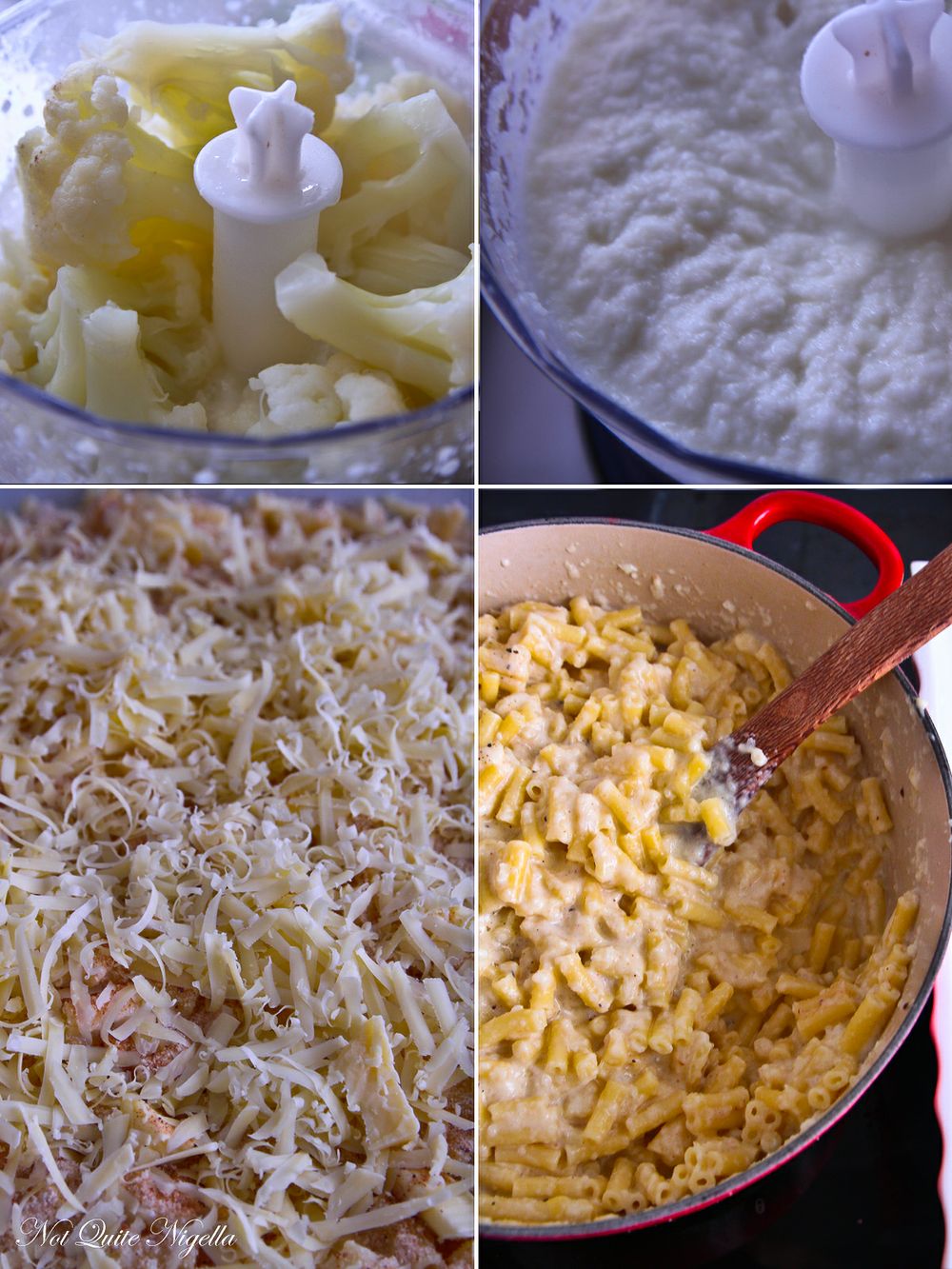 So while safe word has different meanings to different people, so does certain food. Growing up, all our family ate was Cantonese food. I yearned for something that wasn't Chinese and when friends offered me a taste of macaroni cheese or cauliflower cheese, I'd jump as high as a seal. Conversely, they would covet my Chinese meals and we would do after school food swaps where we'd visit each other's houses and eat the food.

Macaroni cheese is undeniably a comforting food. What's not to love about a baked cheesy pasta with a carapace of crunchy buttered crumb topping, blistered until golden brown. And then there is its distant cousin cauliflower cheese. I first saw the idea on Johanna's site and it sounded delicious. As a vegetable lover, I enjoy macaroni cheese but yearn for some vegetables in it. This recipe is a mix of both recipes and is based on my macaroni cheese with bacon, one of my most popular recipes from a few years ago. You could leave out the bacon which I did for one version although I will admit even to my vegan in laws that the bacon does add that much more flavour to it.

So tell me Dear Reader, which definition of safe word did you have? ;) And do you find yourself trying to add vegetables to dishes? And did you ever do food swaps with friends? 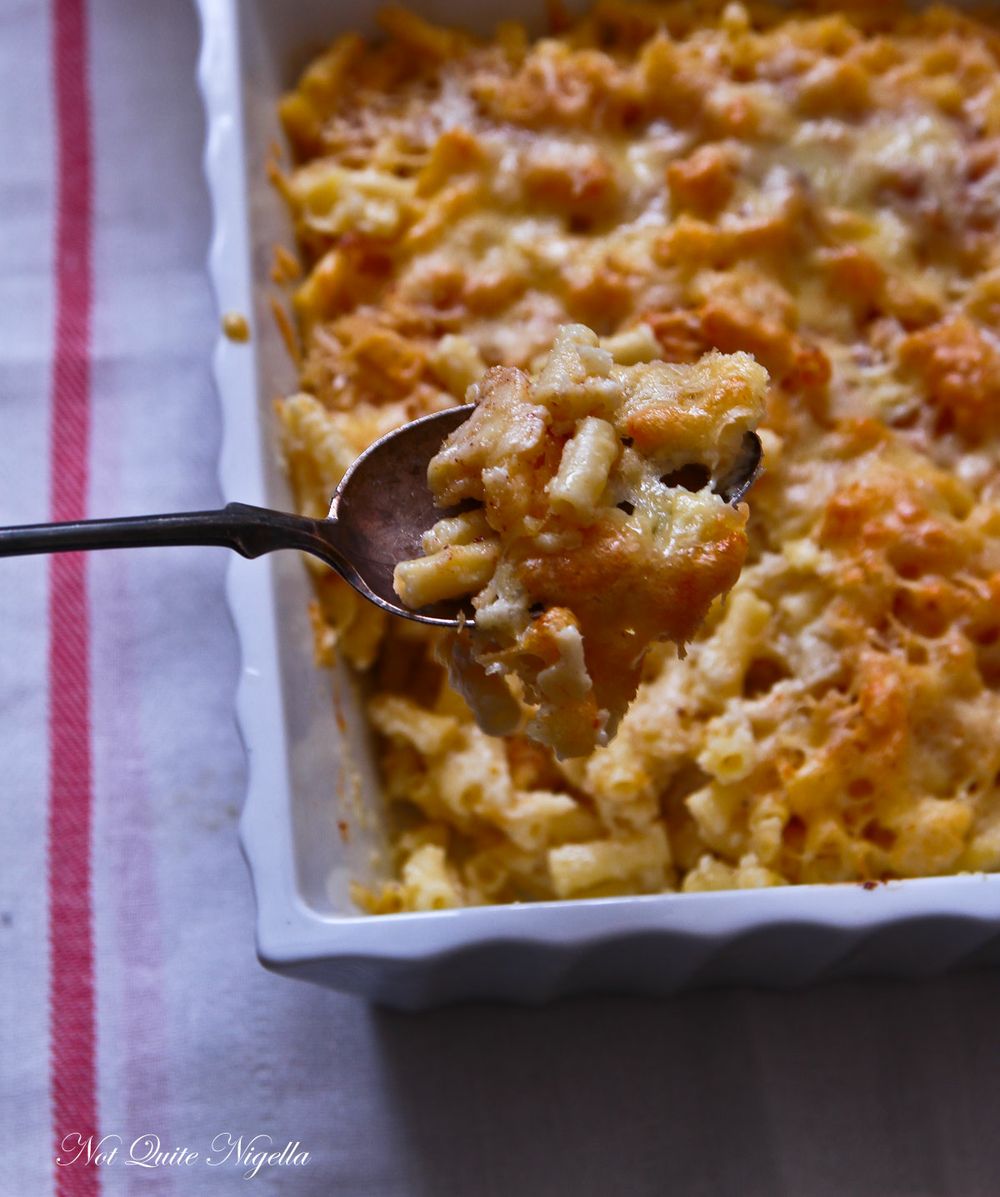 Step 1 - Preheat oven to 180C/350F or preheat grill. Place a large pot of water to boil and cook cauliflower in the water until soft or steam it. Remove from the water and cool for 5 minutes. Then blitz the cauliflower in a food processor Meanwhile cook the macaroni in a pot of salted boiling water until al dente  ensure that it does not get too soft. Drain and set aside.

Step 2 - Grease a large (about 30x25cms) baking dish. In the same saucepan, heat the oil and fry the onion and bacon until onion is soft and translucent and bacon is cooked-about 5 minutes. Then add the cream, milk and nutmeg and wait until it comes to a boil, turn it down to a simmer and add the cheeses, cauliflower and macaroni.

Step 3 - Place the cheesey macaroni mix in the prepared baking dish. Sprinkle over with breadcrumbs and cheese and then dot with butter cubes. Bake in preheated oven for 5-10 minutes. 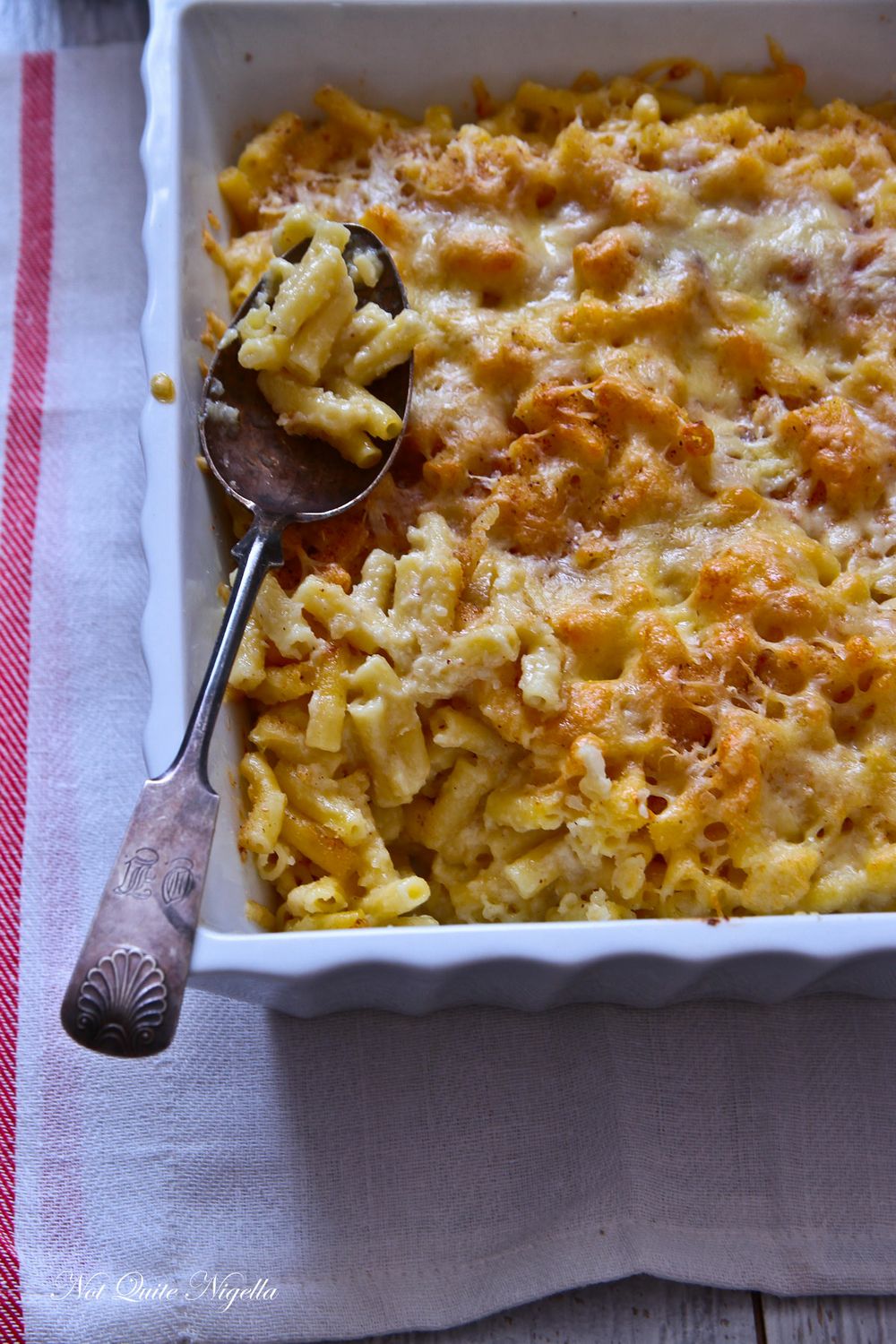