This cupcake could almost be called the Bannoffee cupcake. It has most of the parts of a Bannoffee pie: banana slices, caramel and whipped cream. The only thing missing is the buttery biscuit base. So I call this the almost Bannoffee cake so that the most ardent and religious fans of the Bannoffee won't complain that its not entirely faithful. 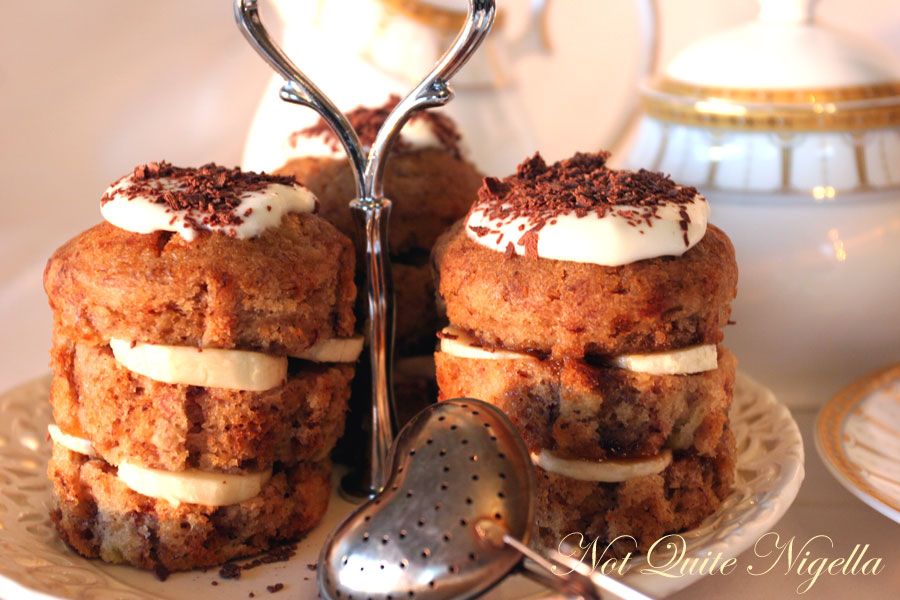 Step 2 - Beat butter, brown sugar and eggs in small bowl with electric mixer until mixture become pale. Stir the rest of the cupcake ingredients into the mixing bowl. Spoon into patty tins.

Step 4 - Carefully take off cupcake liners from cupcakes. Carefully (and cake is delicate) cut into two or three sections across. I did three but two might have been more prudent as the cake is delicate. Spread caramel across cut cupcake layer and then place banana slices fanning them attractively as you'll see them from the side. On the top layer, add whipped cream and chocolate curls. 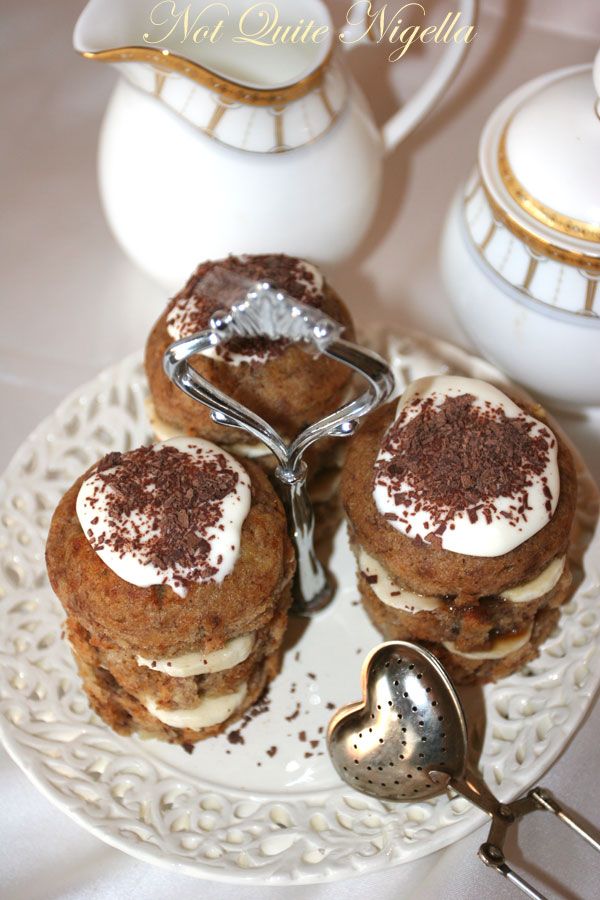