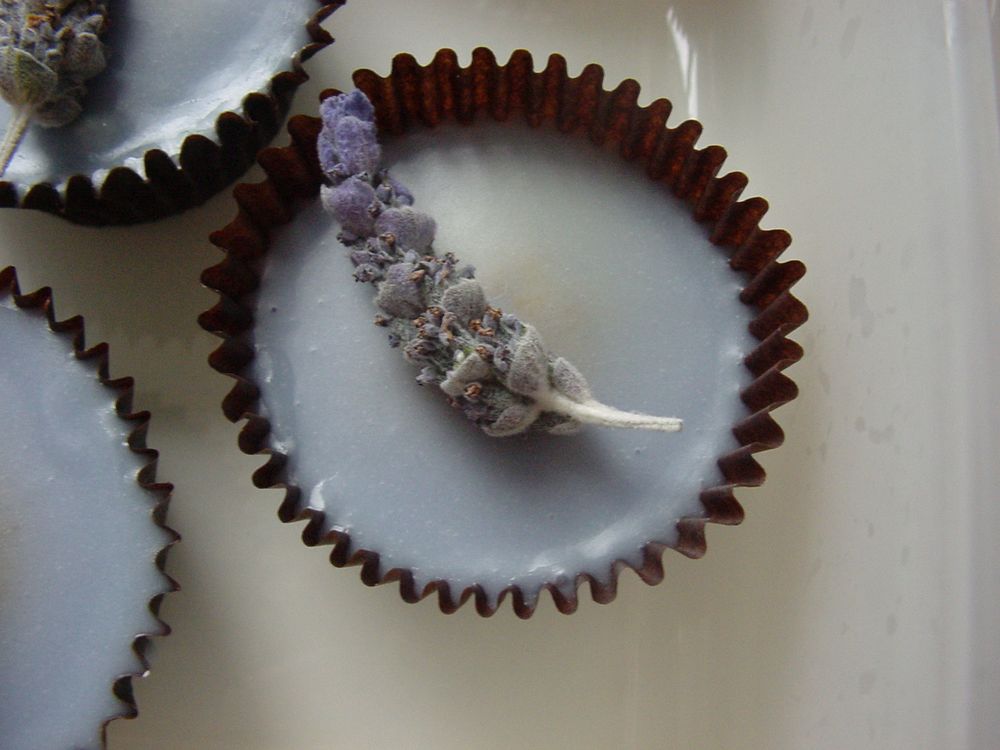 A Nigella devotee's first reaction to receiving a lovely bunch of Lavender from a visiting friend is not "Lovely, I must put it in a vase over there". Its more "Oooh great, I'm going to make the Nigella's Lavender Trust cupcakes!" And that's exactly what I did with my bunch. I used half of it to make the cupcakes and the rest I popped into an airtight container with some caster sugar so that I could make some more cupcakes later with some lavender sugar.

I didn't have any royal icing handy so I just mixed some icing sugar with some water and played with the proportions of food dye to produce something not really that close to the lovely lavender colour Nigella has in her pictures. You will also need to cut the tops off with a sharp knife to produce the gorgeously flat icing in her pictures which I can see that I definitely did not achieve. Ah well, they tasted lovely! 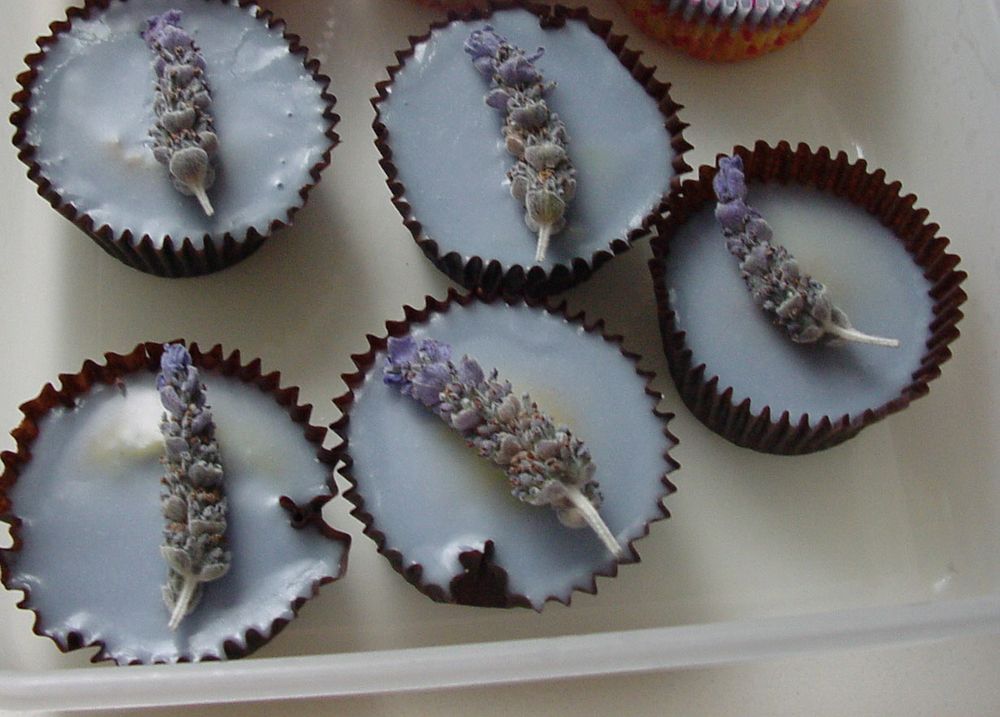 Lavender has been used as a flavour in Provençal cuisine for many years, and has recently begun to come back into fashion as an ingredient in the UK in both savoury and sweet dishes. This recipe uses lavender sugar, which can be made by cutting up a few lavender sprigs and kept in a jar of caster sugar for a few days. It is also available to buy ready-made from supermarkets and specialist food shops, and online at www.hanburyfoods.com.

Preheat the oven to 200ºC/gas mark 6 and line a 12-bun cupcake or muffin tin with paper cases. Take butter, eggs and milk out of the fridge in time to make sure they're at room temperature.

Put all the ingredients for the cupcakes, except for the milk, into the bowl of a food processor, fitted with a double-bladed knife, and blitz till totally combined. Process again, adding enough milk to make a batter with a smooth, flowing texture, then remove the blade and spoon and scrape the batter equally into the waiting cupcake cases. Remember the cakes rise as they bake: there is enough mixture to fill each case adequately even if you panic when you first look at it.

Bake for about 20 minutes, by which time the sponge should be cooked through and springy to the touch. Remove from the oven, leave for 5 minutes or so, then arrange the cupcakes in their paper cases on a wire rack to cool.

Once they're cool, you can get on with the icing. You want the icing to sit thickly on the cupcakes not run off them, and you can aid this by cutting off any risen humps with a sharp knife first, so that each cake is flat-topped. Be careful if you're icing over any cut surface: you want no crumbs dislodged and left behind to besmirch the smoothness of the topping.

Make the icing according to packet instructions, dyeing the mixture a faint lilac with a spot or two of food colouring: I like to use the solid pastes for which you may have to go to a specialist cake decoration shop, I'm afraid; the colour you'll want here is generally labelled 'grape violet'. Go carefully, though: we want pastel serenity here, not Seventies record-sleeve murk.

Top each pretty-pale cupcake with a little sprig of lavender before the icing's set dry.