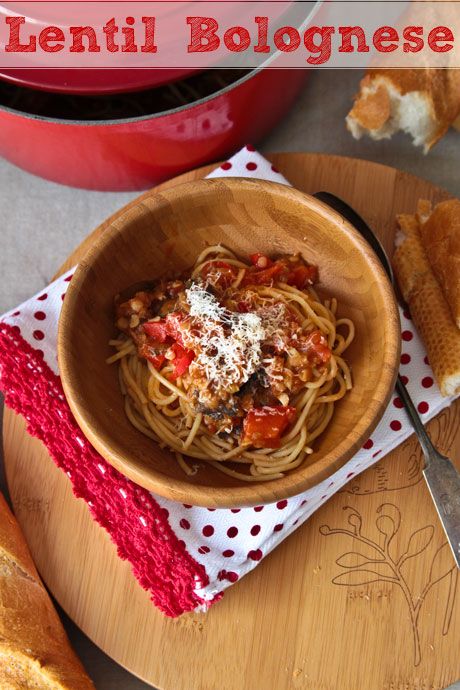 I've been doing a lot of travelling this past month. Three countries and another state within Australia. On trip was so close that I had one day at home before leaving for another. So in between trips I cooked at home and given the richness of the dishes I was eating while travelling I was determined to make something delicious but also healthy. Enter the lentil bolognese in between frantic packing and swearing.

Mr NQN chose to watch from a distance, wary that at any moment I would envelop him in my hurricane of activity and sweep him up and deposit him somewhere that he didn't want-in the middle of housework most likely. 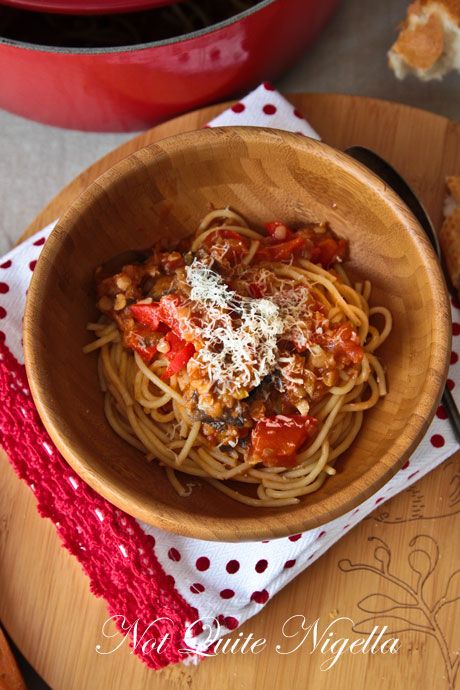 "Are you ok? I love you, you know that, right?" he said trying to calm me down.

I stopped my activity and looked at him. What did he mean by that I wondered?

"Well of course you love me! I'm freaking lovable!!" I said in a most unlovable way, before assuming the aforementioned flinging and packing routine.

Later when the storm had settled and I had all of my work done, photos taken, endless emails (mostly) answered I felt terrible for having taken his words for granted and so I served him up this pasta dish. Mr NQN is one of those people that cannot put on weight no matter how much pasta he eats (I know, infuriating isn't it? ;) ). This is one of those easy dishes that comforts while at the same time is healthy and vegetarian friendly. There is plenty of body from the vegetables and lentils and the lentils do a pretty good job is simulating the texture of minced meat although I wouldn't call this a direct meat substitute. Still, it's a dish that is good enough to make repeatedly and it's one that you could certainly make a double lot of and freeze in portions.

That is, if your husband doesn't eat the entire lot in one go!

So tell me Dear Reader, where are _you _travelling to next? :) And are you one of those lucky people that can eat loads of carbs and pasta without putting on weight? 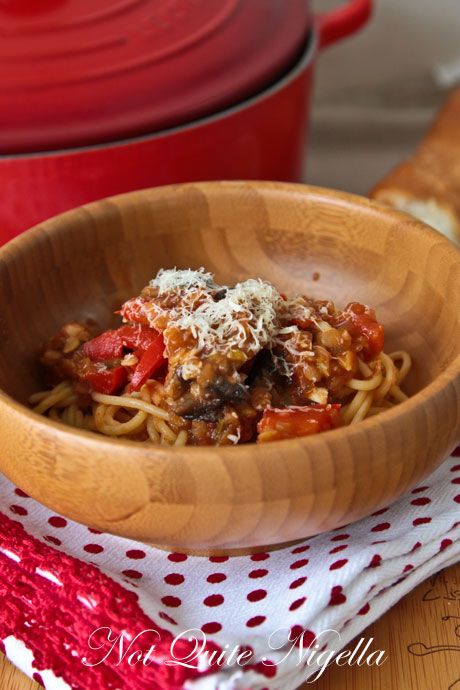 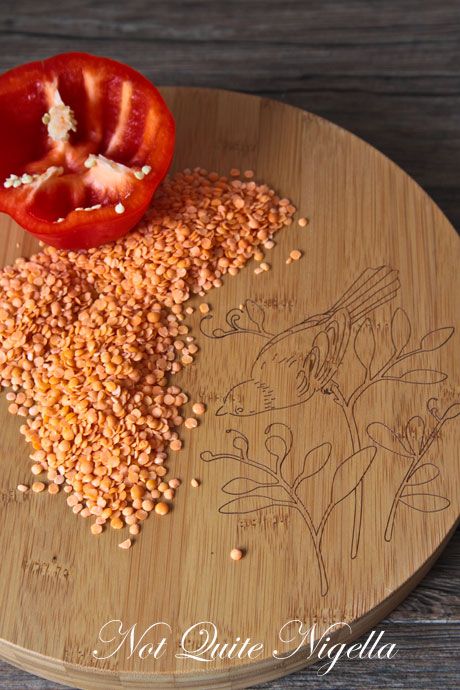 Step 1 - In a large pot saute the onion, carrot and celery on medium heat until soft and fragrant. Add the garlic and capsicum and saute for another two minutes. Then add mushrooms, canned tomatoes, tomato paste, stock and finally lentils at the top (I find if I add them last they don't tend to stick to the bottom of the pot). Allow to simmer for 20 minutes.

Step 2 - Fill another pot with plenty of water and bring to the boil. Add salt to the water and then add spaghetti ensuring that it doesn't stick together. Cook until al dente and then drain but do not rinse. By then the sauce should be ready-add some salt and pepper and taste it first. Once it is seasoned, stir the sauce through the spaghetti and serve with some extra grated parmesan cheese.

Teatowel, bamboo chopping board and bowl from Dandi 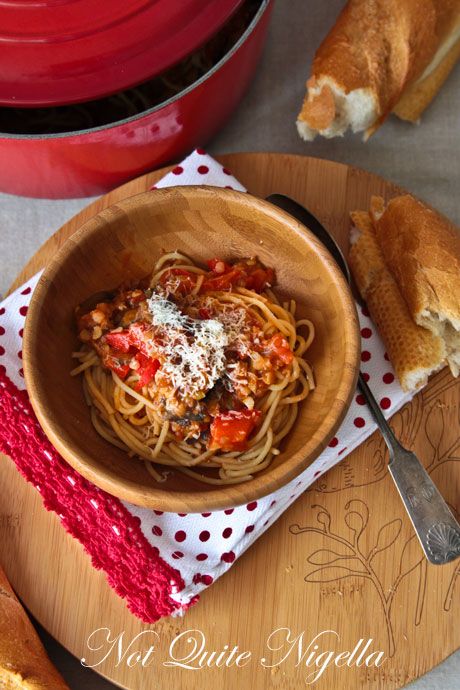