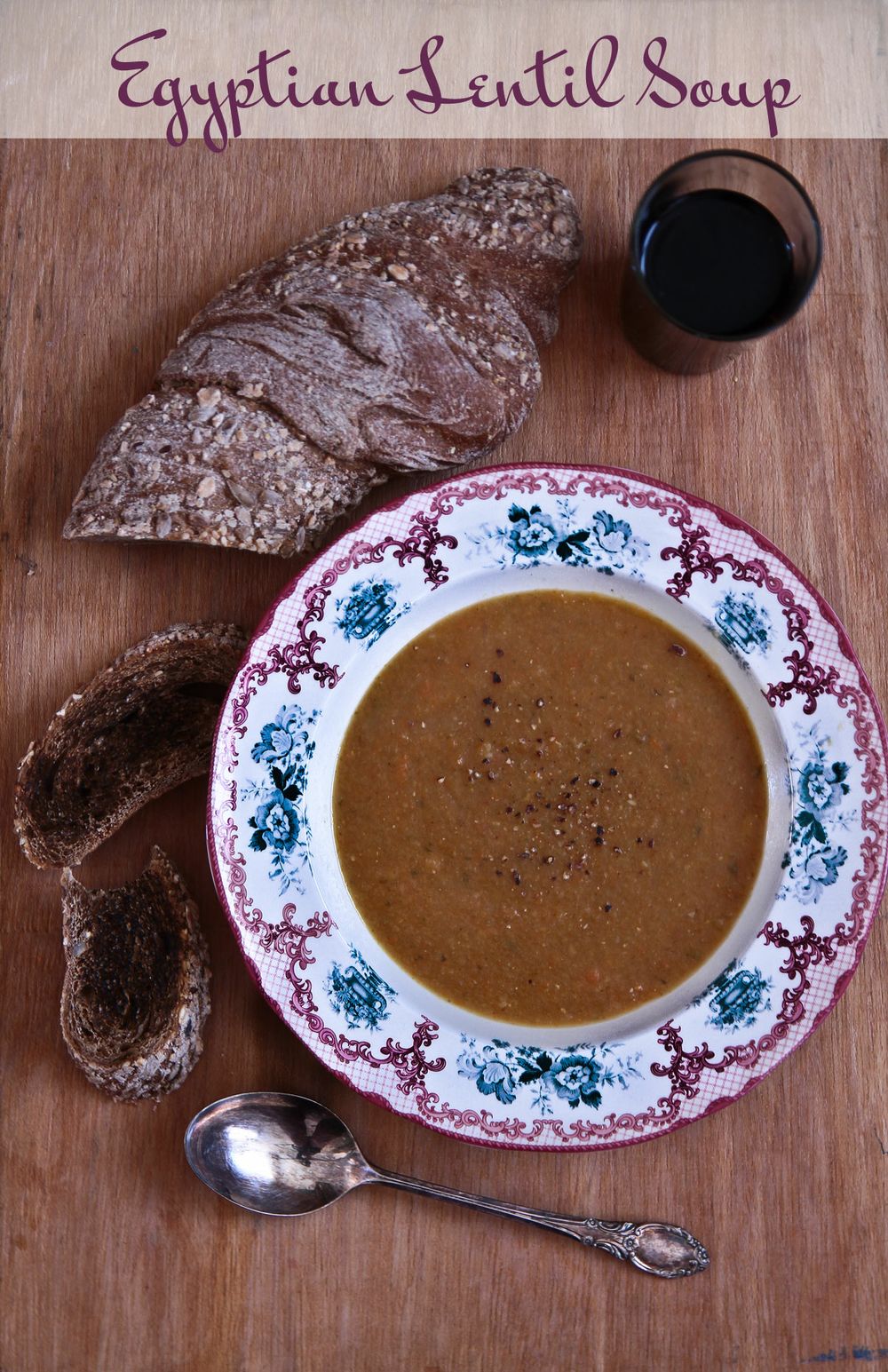 Clever reader, I have a quick question for you today! What do the following dishes have in common?

If you guessed that they were on the menu at Chez Elliott a few weeks ago you'd be right!  I had left Mr NQN to his own culinary instincts while I was away and the poor sausage had to cook for himself and the above featured on his menu (a saving grace, he didn't invite anyone over to share it with him). Although he has easy access to takeaway and friends that offered to feed him not to mention cash for him to buy food, he decided to cook for himself. Which I thought was quite admirable...until I found out what was on the menu. 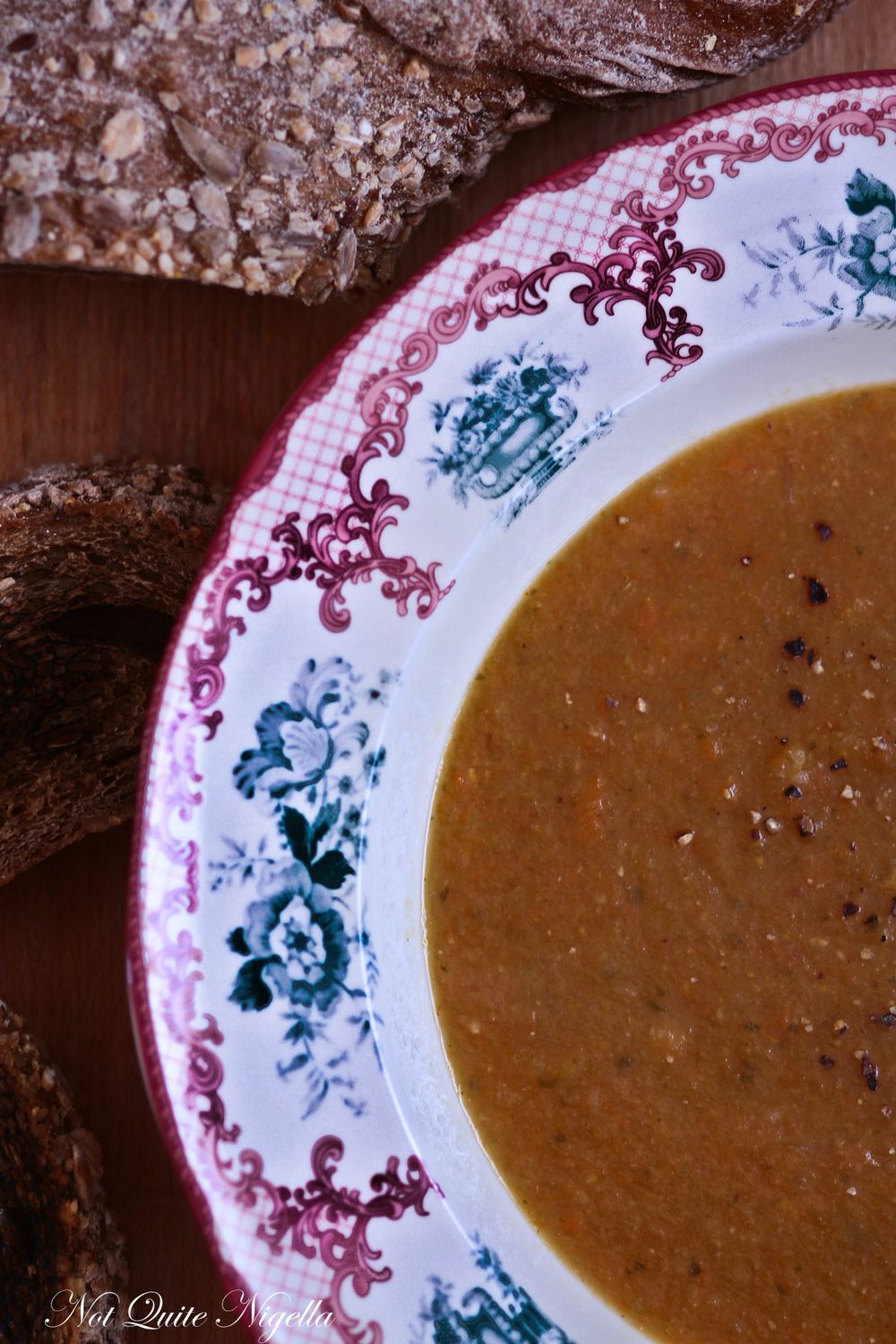 "So you just ate boiled red lentils?" I confirmed with him. "Did you add any salt?" I checked.

"Nope, but they weren't too bad at all" he said proudly.

I shook my head. And yes, I did worry slightly about the tastebuds of the man that tests my food....

So tell me Dear Reader, what is the strangest or most makeshift sandwich or dish you have ever eaten or served? 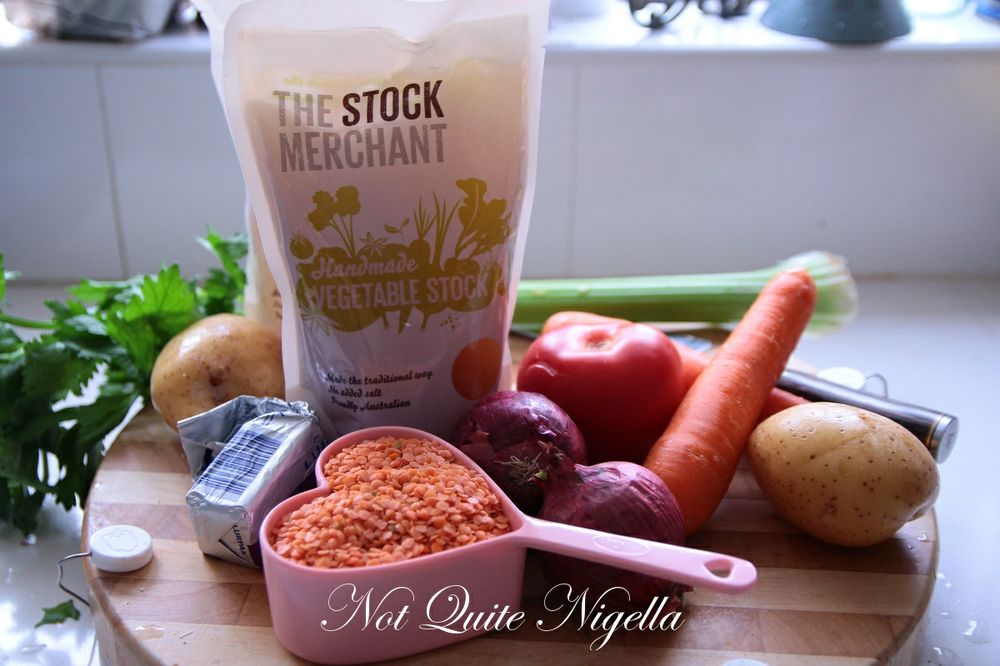 Step 1 - Place the vegetable stock, red lentils, onions, potato, tomato, garlic, carrots and celery in a large cast iron pot with a lid and simmer for 30 minutes, stirring making sure that the lentils don't stick to the bottom. 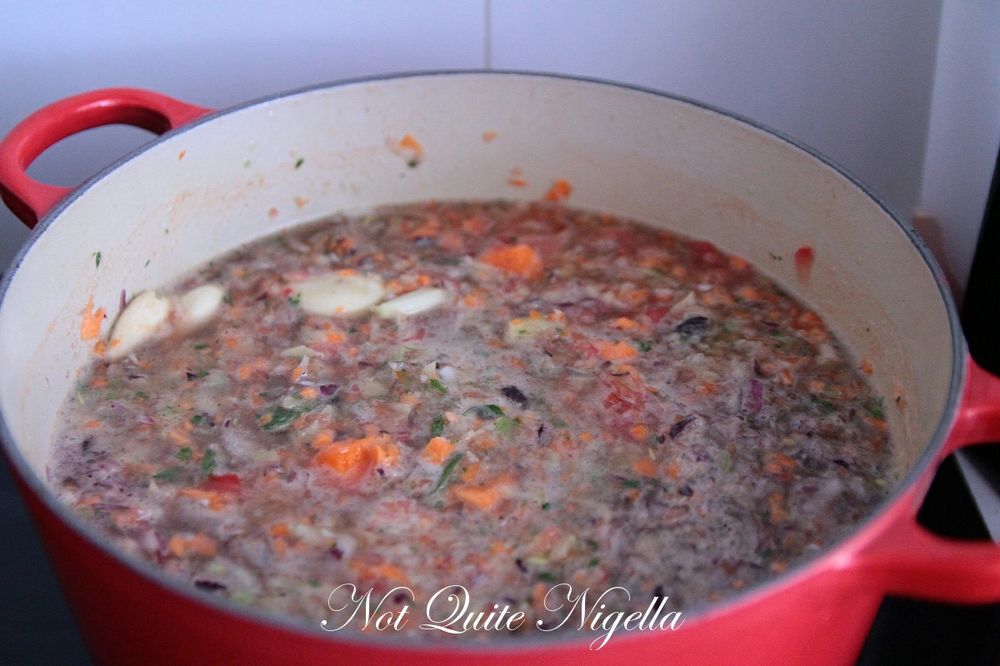 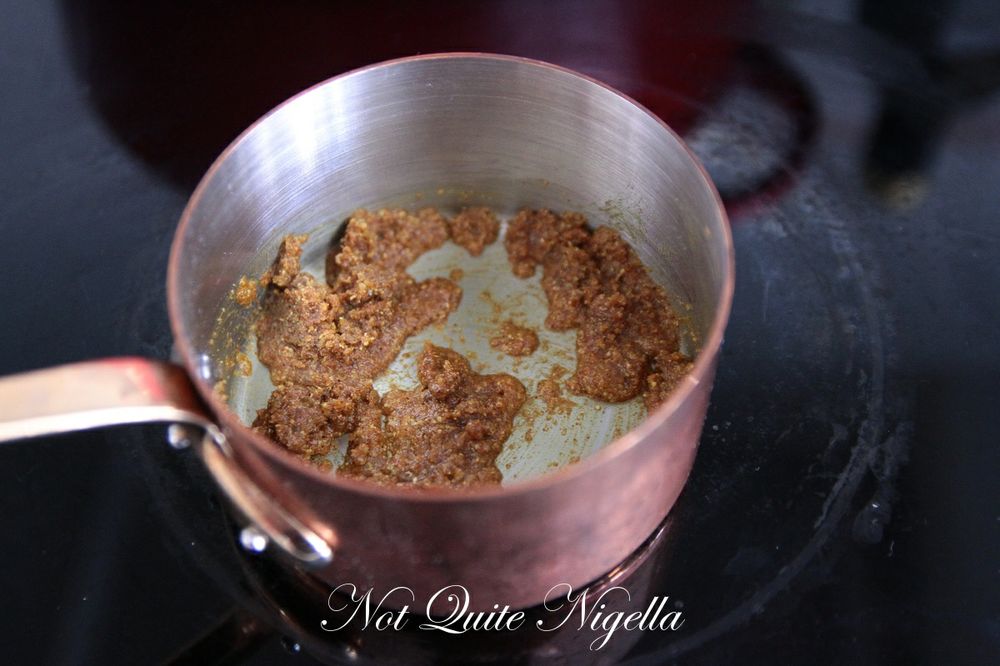 Step 2 - Five minutes before serving, heat the oil and fry the cumin, turmeric and salt  in a small saucepan, until they become fragrant. Add to the soup and season with more salt and pepper if needed and add lemon juice. Blend using an immersion blender to get a thick soup. Serve with toasted crusty bread. 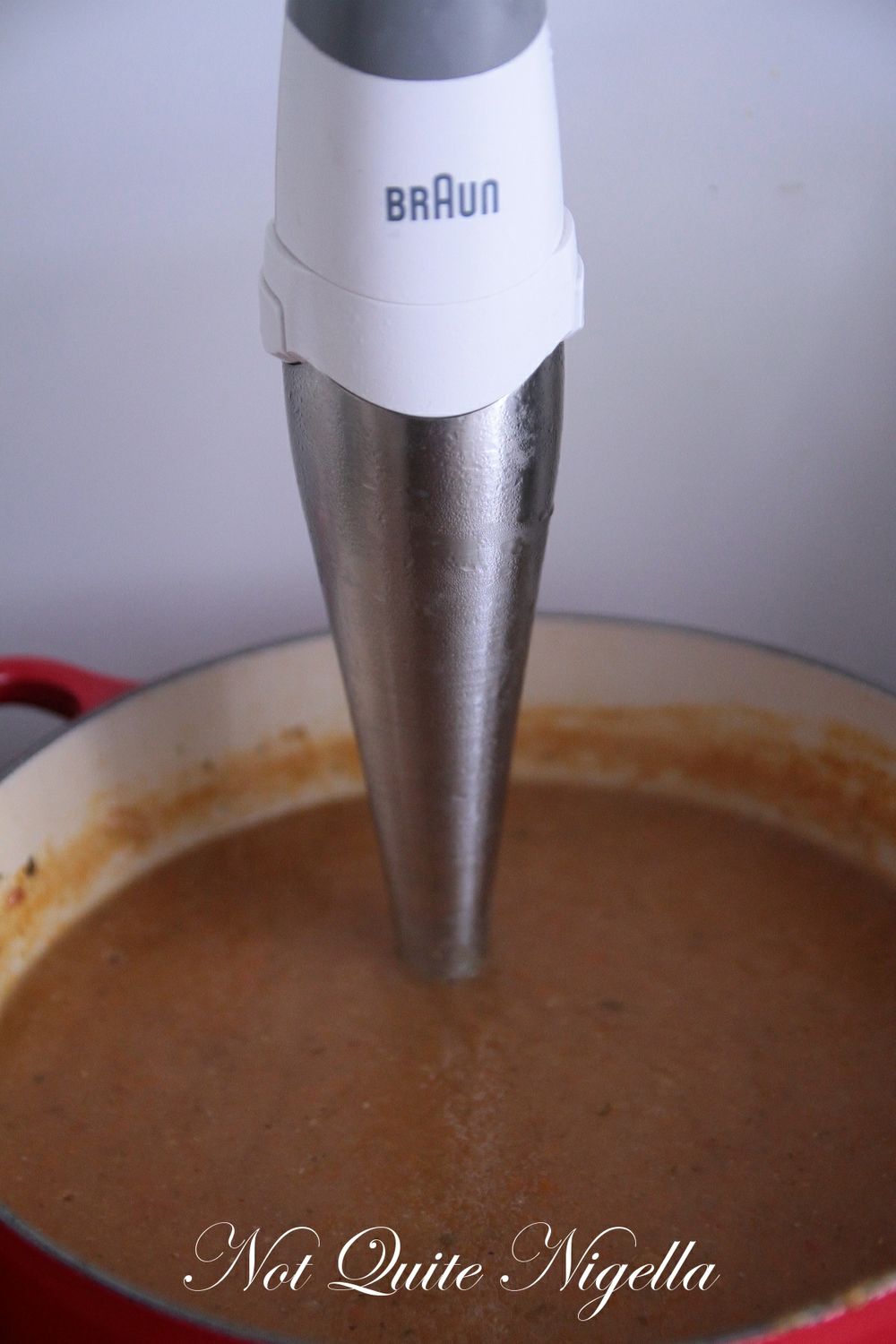