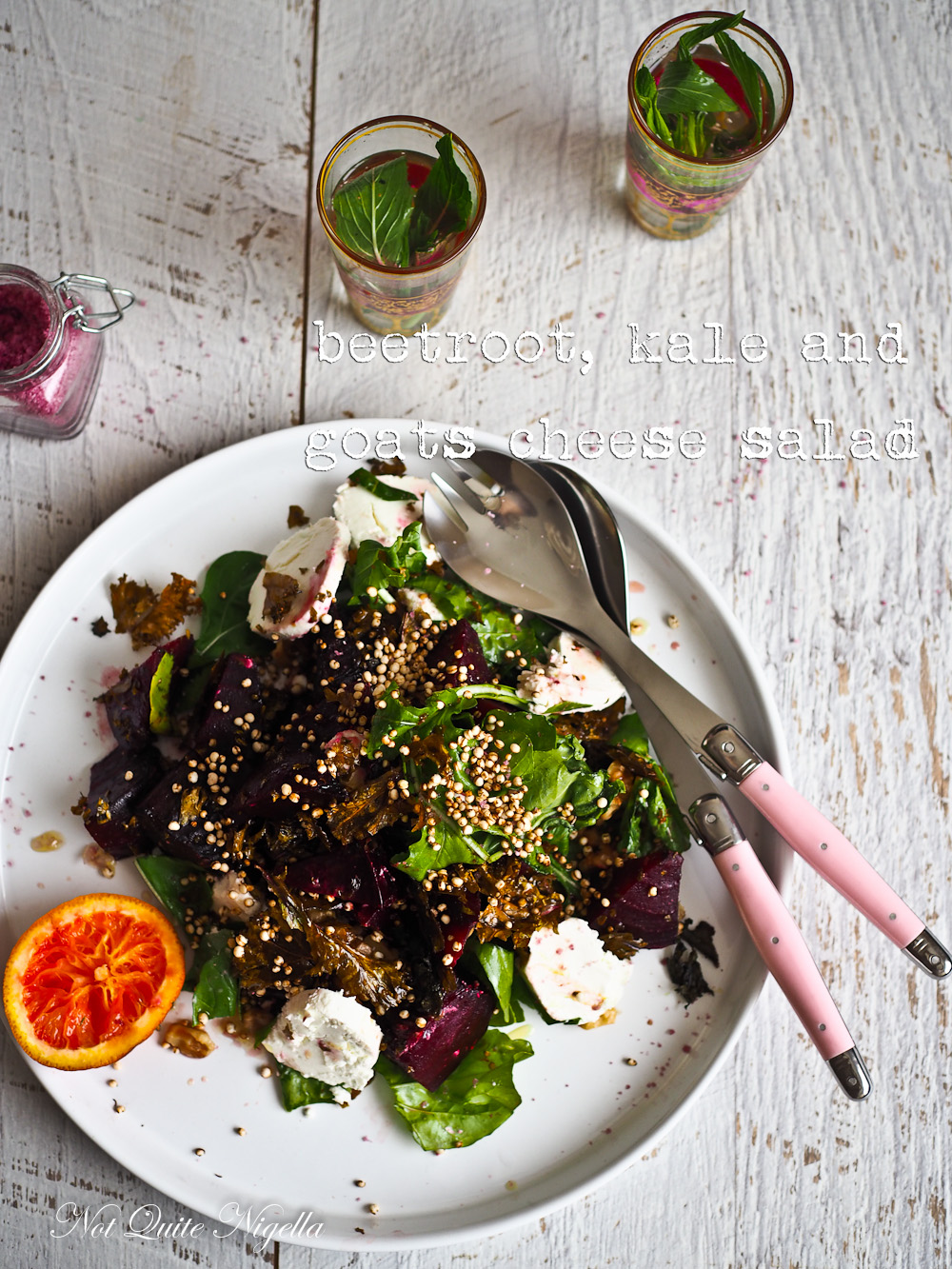 Transitional seasons call for salads that are big in flavour and can be served alone or alongside a main dish. This roasted beetroot and crispy kale salad pairs well with a meat dish or can be served by itself as it is flavoursome, bold and hearty-not words you'd usually associate with salad!

Unless you lived under a rock, the biggest food news story this week was that processed meats including bacon, ham and sausages were found to cause cancer. It popped up all over my newsfeeds and social media. According to the World Health Organisation's International Agency for Research on Cancer, processed foods should be grouped with asbestos, alcohol, arsenic and tobacco. That is, a group 1 carcinogen.

I took a glance at the story before sighing deeply. I know friends that refuse to read the news because it is alarming, confusing and depressing. And suddenly they want to take bacon away from us? Bacon? If there was hope for humanity, surely it resided in bacon? ;)

Okay I'm half joking there but Group 1 carcinogens actually encompasses 118 agents. These agents according to the IARC also include outdoor air pollution, Chinese salted fish, wood dust as well as ultraviolet and solar radiation. So basically we're screwed. Check out the list and join me under the blanket will you? 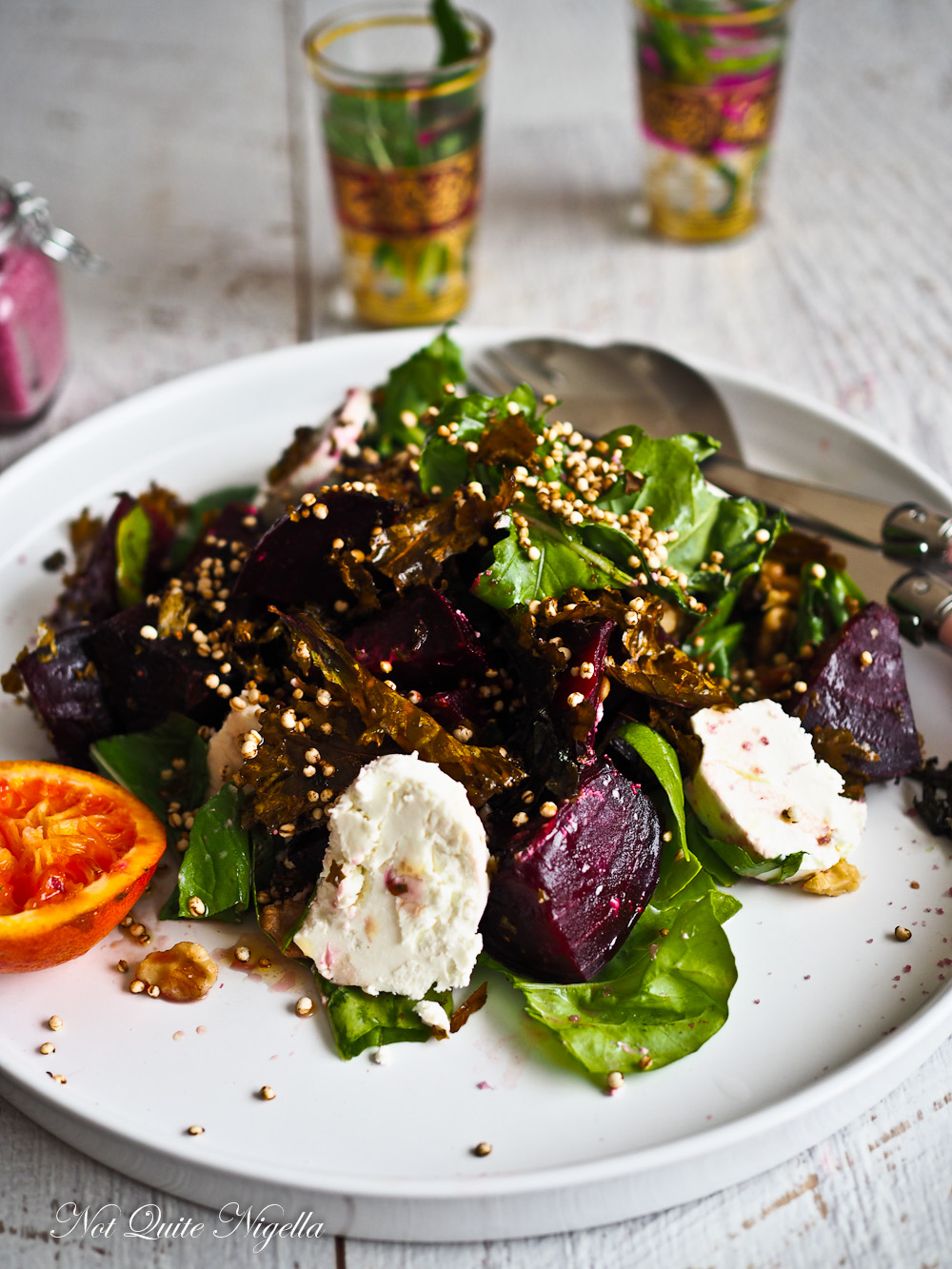 All of these things only serve to confuse so we will just keep going and eating what we normally do: eat a varied diet made up mostly of non processed food as well as bacon because what else is there to live for if not delicious food? My scepticism is also because 10 years ago coconut oil was not to be consumed and now it is everywhere. In the 90's we weren't eating fat in favour or sugar and now sugar is the enemy. Who can keep up? Plus, if you are eating bacon every single day you probably already know that it's not that great for you.

By sheer coincidence on the day that the story broke, we were having this salad for dinner. It's came about as a result of getting a delivery from Foragers & Co. Sahra specialises in delivering locally sourced produce and flowers that are often picked the day before the Friday that she delivers and she gifted us a bag.

She explained what was in it, "Today's small bag features Chinese celery, wild rocket, garden mint and continental parsley from Liverpool, spring onions, red Kale, Dutch carrots from Horsley Park, 1/2 Jap pumpkin from Windsor, snow peas from Wallacai, oranges from Gosford, corella pears from Vic and bananas from QLD." I took out the wild rocket for a salad as well as the red kale for kale chips and ended up with a filling standalone salad that needed nothing else that also lasted served well as lunch for both of us. It was so good that I made it again afterwards and made me contemplate a life without meat - if only for a moment ;)

So tell me Dear Reader, what did you think when you heard about the article? Could you easily give up meat? For those who have, was it difficult? What were the main challenges? 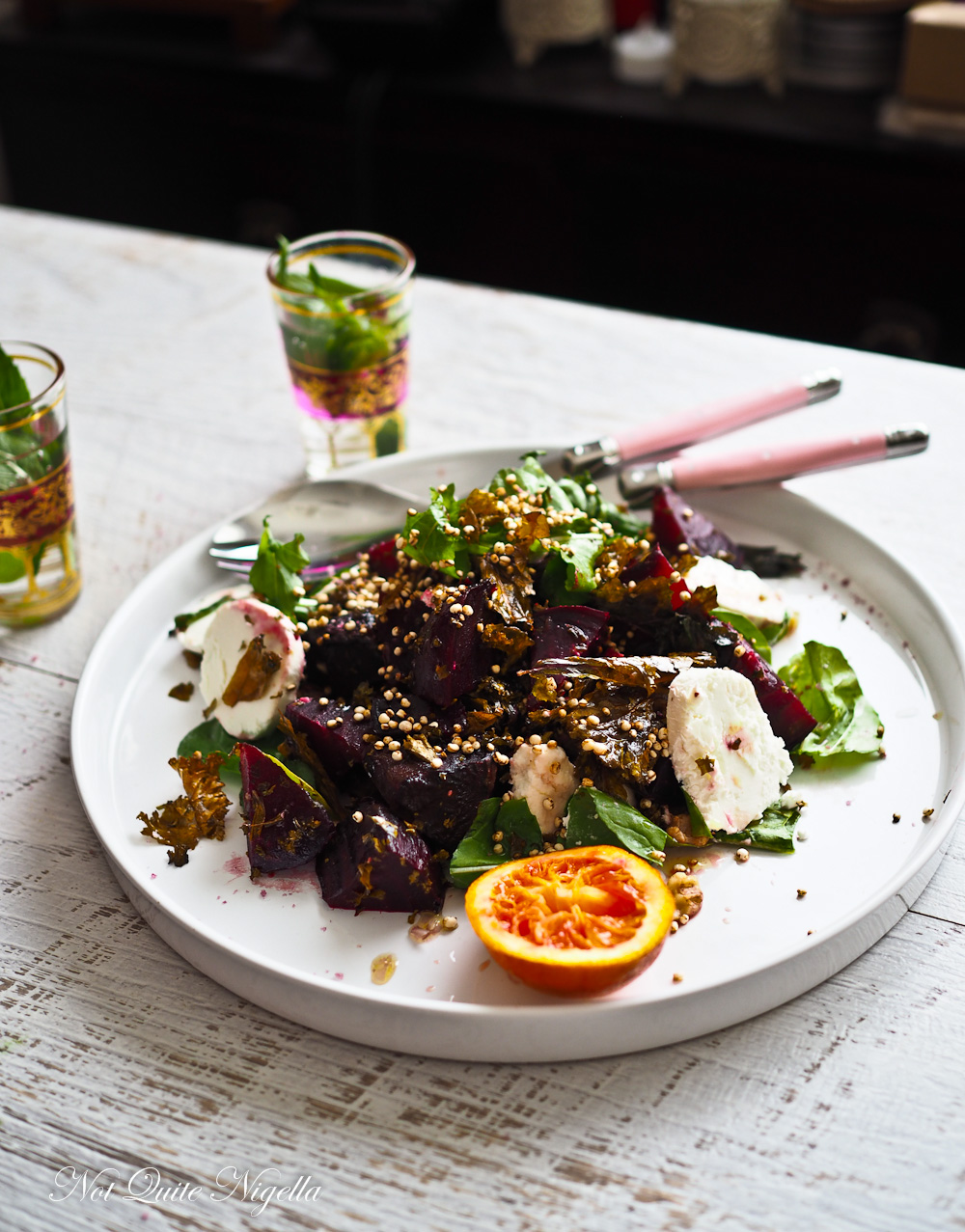 Serves 4 as part of a main meal

Step 1 - Preheat oven to 190C/380F and line a baking tray with a large sheet of foil. Cut the beetroots in halves or quarters (if they're really big, I bought 4 enormous monsters which equalled 6 medium ones) and place in foil. Drizzle with some oil and wrap up as a bundle and roast for 45 minutes to an hour until the pieces are tender. Remove from the oven and allow to become cool enough to handle. 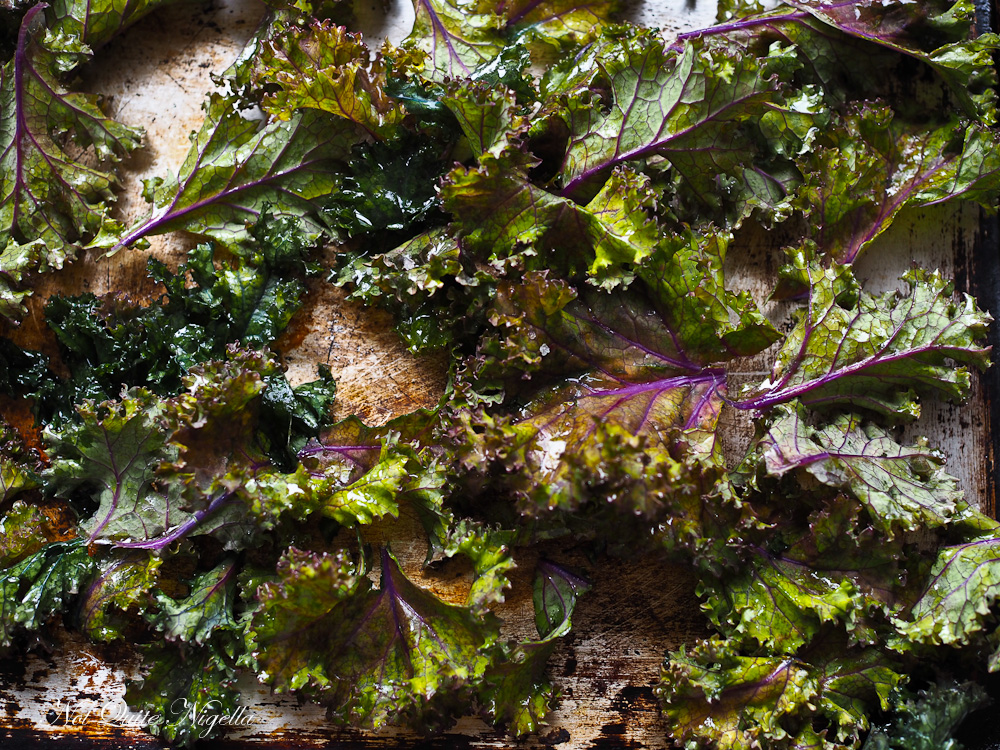 Step 2 - Meanwhile, wash and dry the kale and strip off the leaves and place in a bowl. Add 2 tablespoons oil and a fat pinch of salt and mix with your hands. Place on a baking tray and bake in a 200C/400F oven for 10 minutes or until crispy (turn the kale leaves over if you need to).

Step 3 - Remove the skin from the beetroot and cut into bite sized pieces. Mix the blood orange juice, honey a pinch of salt and black pepper. Add 1 teaspoon of honey and taste-if you have a bitter olive oil you may need an extra teaspoon. Place the beetroot, kale, walnuts and goat's cheese in a bowl and add the dressing and toss gently. Add the puffed quinoa and season with salt and pepper.

Tip: it's best to add the kale, walnuts and puffed quinoa just before serving so that they're still crunchy.