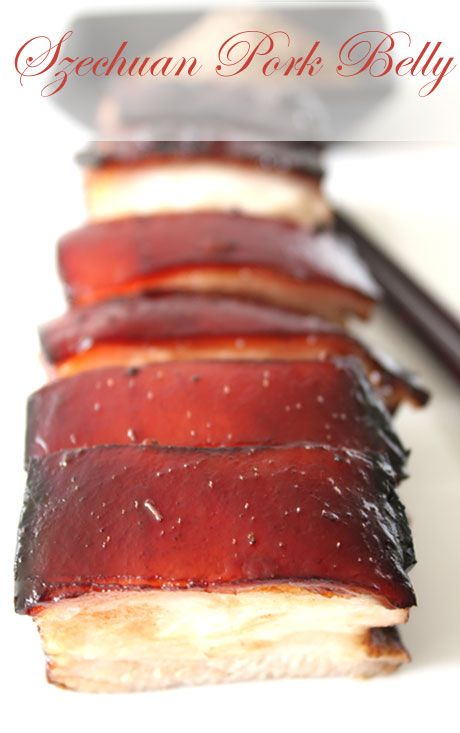 I always think of Iron Chef Chen Kenichi when I read or hear about Szechuan Cuisine (and why is it always replayed in my mind in that Iron Chef dubbed American accent?). For those who haven't heard of it before, Szechuan Cuisine is a spicy style of Chinese cooking originating from the Sichuan province in China. 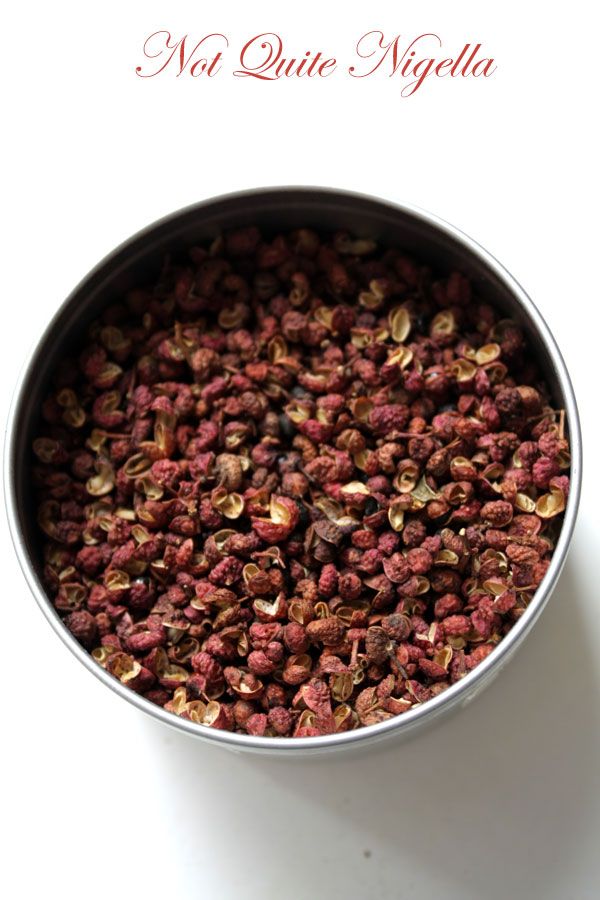 One of the most common ingredients is the Szechuan peppercorn, a pinky brown peppercorn with a distinct lemony flavour to it. I bought a packet of them after the amazing Iron Chef dinner we attended and promptly lost them in the jumble that is my spice drawer. It was only when I found a recipe combining them with one of my favourite foods, Pork Belly that I was propelled into action to go in and retrieve them. 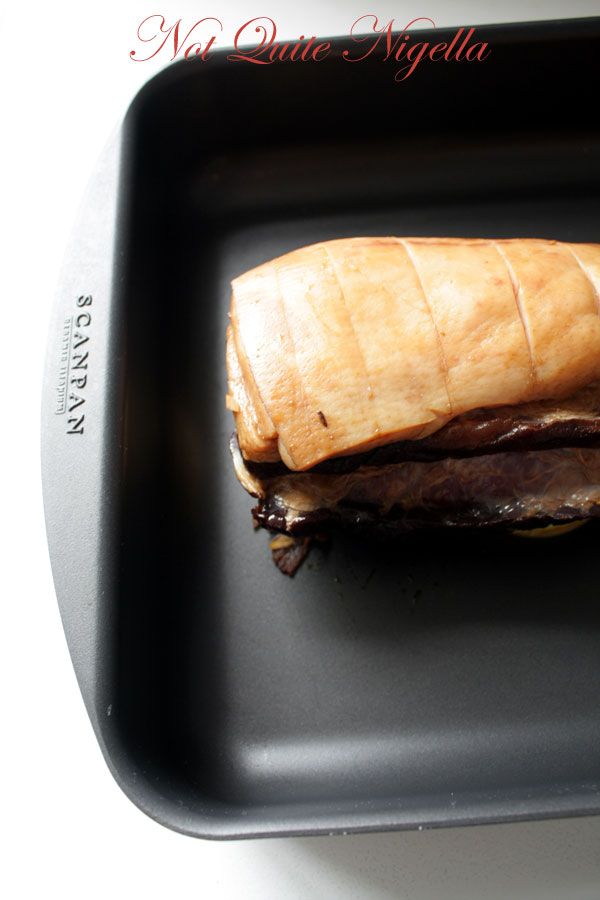 This was also a good time to Road Test the Scanpan baking dish that I got from the people at Kitchenware Direct to test. At last count I have 5 baking dishes, all in various states of abuse. Most of the abuse was inflicted by cooking roasts, those deliciously good meals that pay no mercy to your baking dish. So I was happy to road-test a good quality non- stick baking dish having thrown out many a cheaper non stick baking dish before. 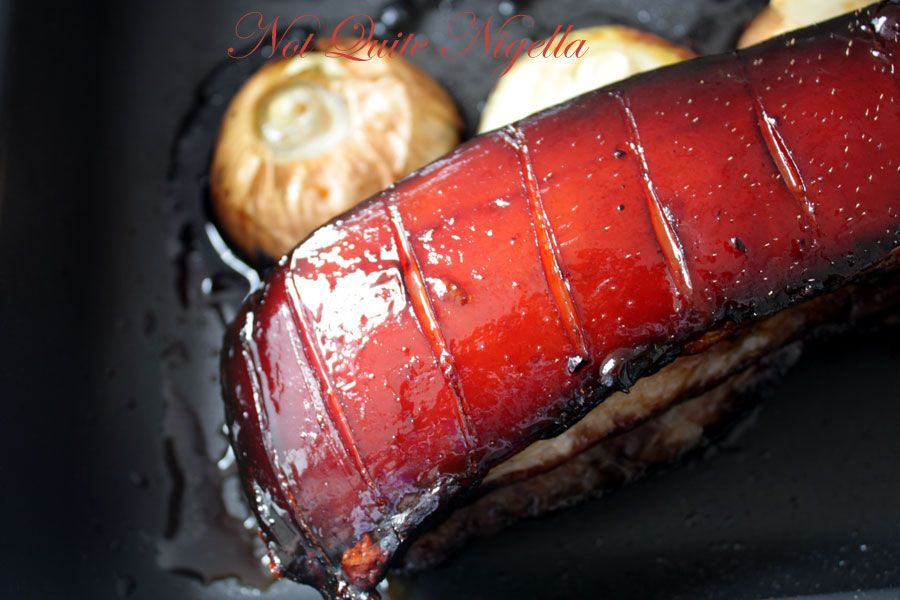 This recipe was adapted from www.cuisine.com.au, and it was the first recipe I've tried from there and whilst it's very good, the cooking time given was way off. It called for the 800g pork belly to be cooked at 200c for 1 hour. Had I done that, I would've ended up with a charred mess. What it needs is 10 minutes at 200c and then a turn down to 170c for another 40 minutes. 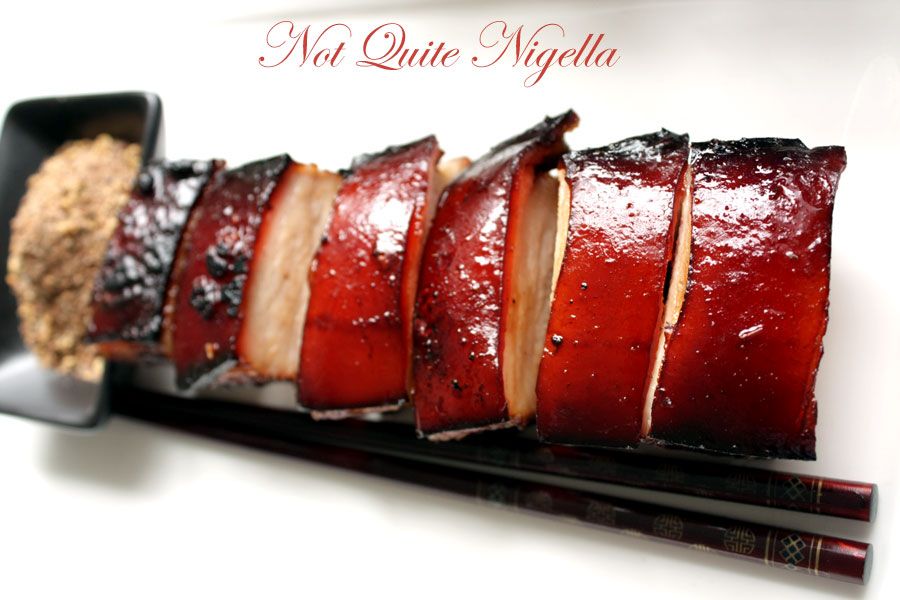 But when you do slice it up and eat it, all is forgiven, the pungent aroma of ginger, garlic, vinegar and soy combining to produce a mouth watering marinade permeating amongst the many layers of soft fat and tender meat. Sprinkling the meat with the Szechuan Salt and Pepper only serves to heighten the flavour of this dish with the lemony Szechuan pepper. 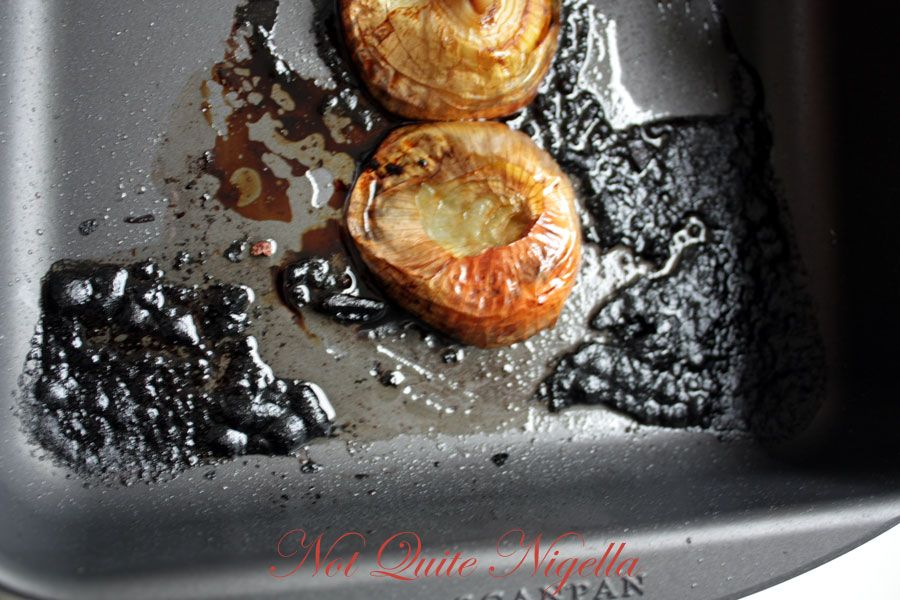 As for the Scanpan, there was a hideous crust of goo on it after it was baked but I'm very happy to report that no elbow grease was required to remove it. In fact after soaking for a minute it lifted right off. So this one's a keeper... 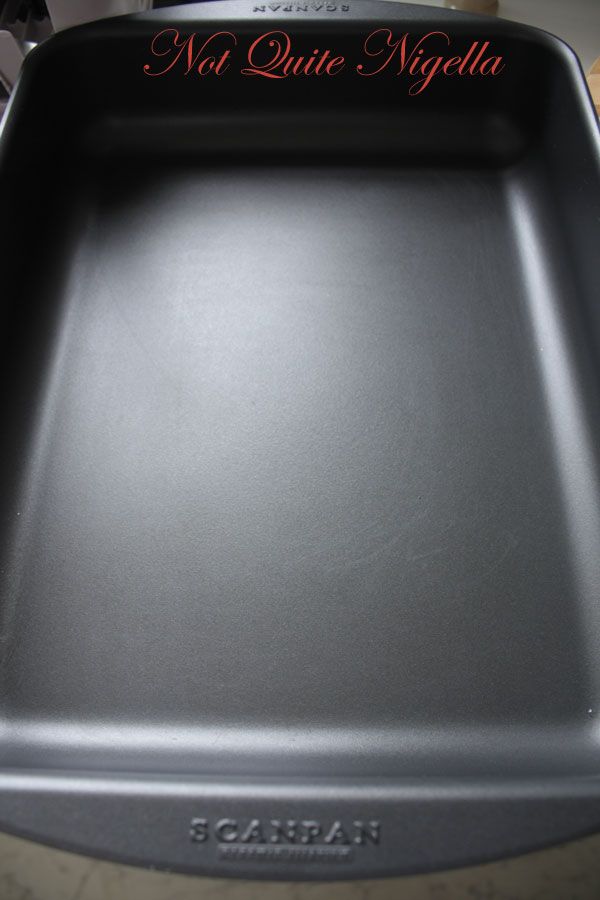 Szechuan pepper belongs to the prickly ash family and is unrelated to black pepper. The ground husks of the szechuan berry make a pungent, almost citrus-smelling spice. Commonly used in the Szechuan region of China, it's one of the spices used to make Chinese five spice powder. This pepper benefits enormously from being dry-roasted in the oven to release its heady aroma and flavour. It also goes well with chicken and duck.

Step 1 - Place the pork, garlic, ginger, soy and wine in a bowl, cover and place in fridge to marinate for about six hours or overnight (I marinated it for 2 nights). If possible, turn the pork over a few times.

Step 2 - Preheat oven to 200C. Cut the unpeeled onions in half and trim the tops so that they are flat and place on a baking tray skin side up. Place pork on top skin side up and bake at 200c for 10 minutes and then lower the temperature to 170c for another 40 minutes until cooked through and a burnished red. Rest pork belly for 30 minutes. 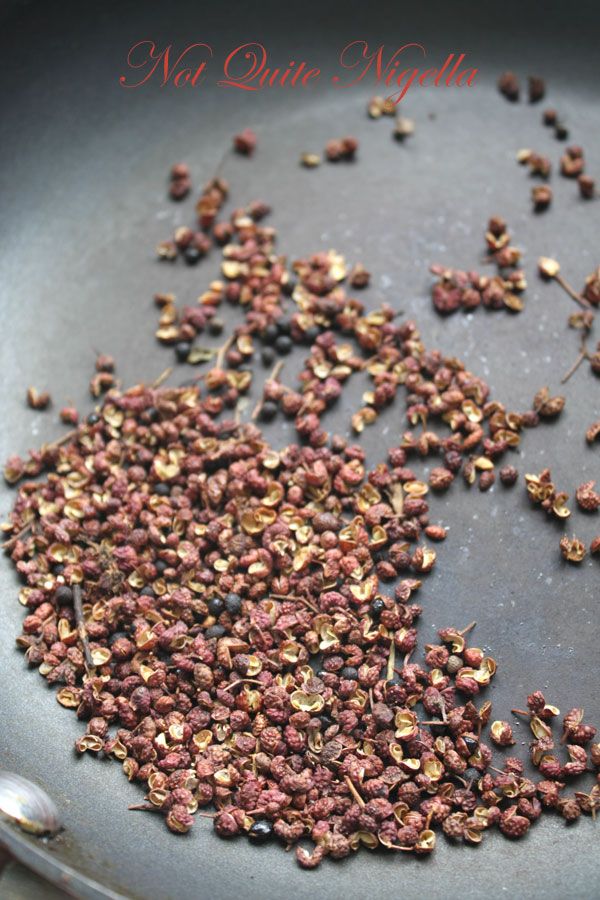 Szechuan peppercorns in pan to release the flavours

Step 3 - Meanwhile, dry-fry or place the szechuan pepper in a frypan (or in the oven) for two minutes to release aroma. Grind to a fine powder with the sea salt in a mortar and pestle. Place in a dish. Serve slices of pork with the ground szechuan salt and pepper. 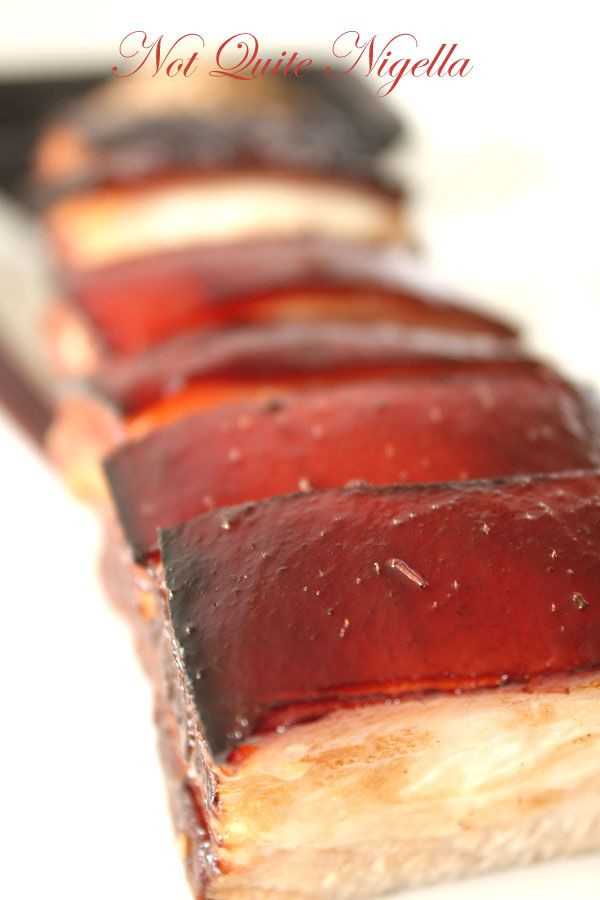