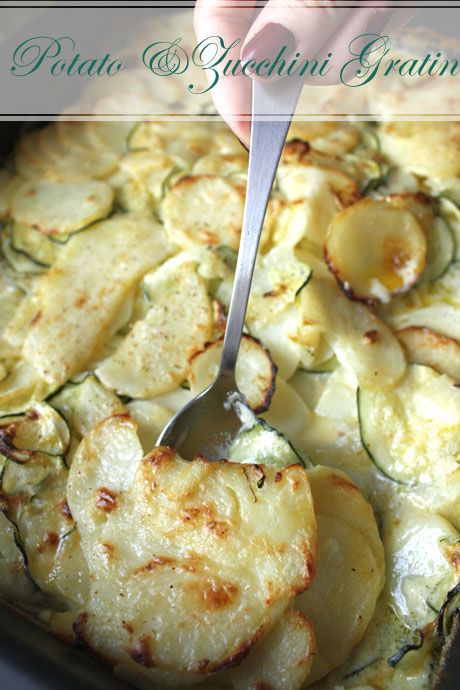 I need to issue some words of warning. The following presentation is R Rated, contains adult themes and graphic references and is not recommended that  dieters or people fearing calories continue reading. Parental Guidance is recommended for those watching their carbs and there are some explicit carb on carb scenes contained within.

With that out of the way, let me introduce one of the most delicious ways of making a Potato and Zucchini gratin. Adapted from Nigella Bites, one of my favourite cookbooks ever, it's a touch more involved than bunging everything into the oven but it's also 100% foolproof and swoon worthy that you'll never made potato gratin any other way again. 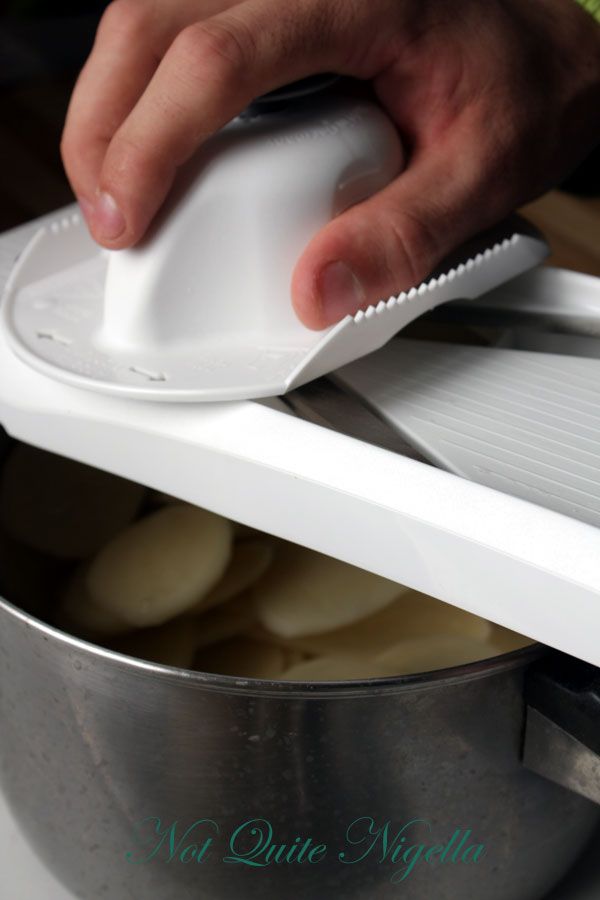 The hardest part is slicing the potatoes thinly but luckily I got a V-Slicer from Kitchenware Direct to road test and it sliced this almost 2 kg of vegetables in about 3 minutes flat. Even better was that my husband has developed a bit of an appreciation for it so he gladly volunteers for V slicing duty. A minor miracle if I ever saw one. 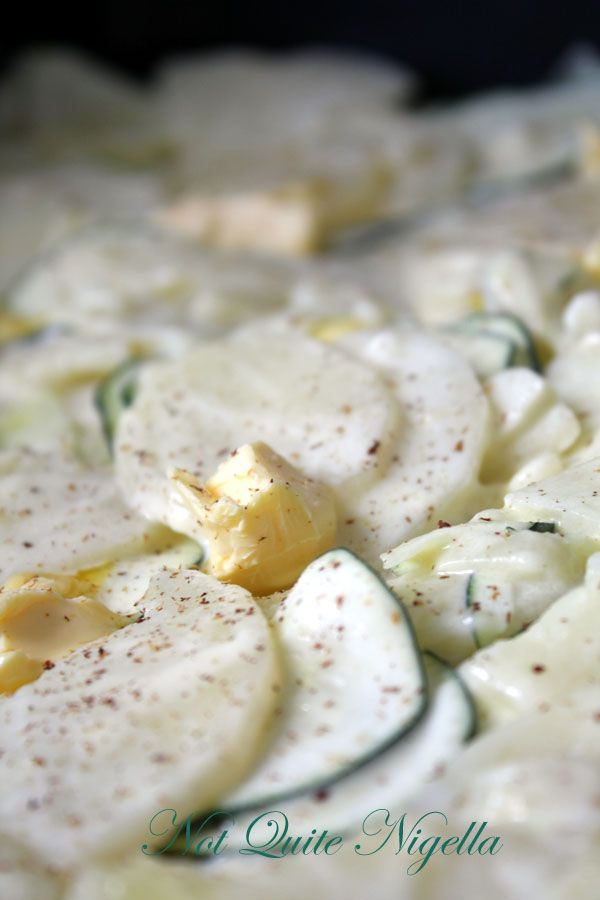 Nigella's original recipe was for a potato gratin but I felt that the addition of another vegetable such as a zucchini (and I've made this successfully with fennel and mushrooms too) elevates this from a side dish to a vegetarian main event. You could very successfully serve this alongside a Christmas roast and keep the vegetarians happy as well as the meat eaters (although it's so good, you might want to double the quantity). 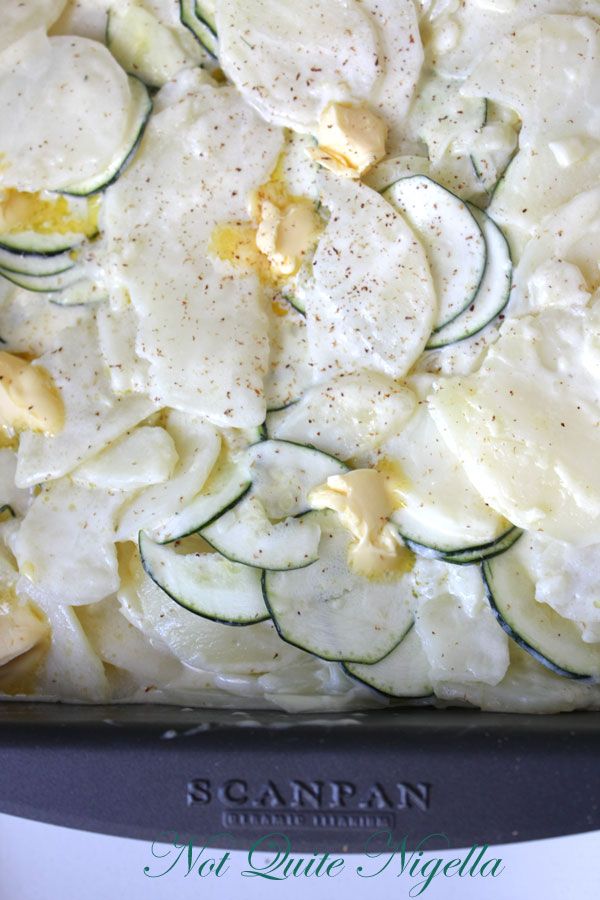 I jumped at the chance to use the Scanpan Roasting pan again, having made this many a time only to have everything stick to the roasting tin. And I was very relieved to report that it is still in pristine condition!

And as for the carb on carb action that I promised you? Get your softest white bread roll, with a spread of butter (why not, as this point you'll be beyond calorie counting) and stuff it full with this potato and zucchini gratin and, if you like, some ham. It's one of those moments when you'll swear allegiance to the carb and think to yourself what a truly ludicrous life it would be without some hot, raunchy, carb on carb action. 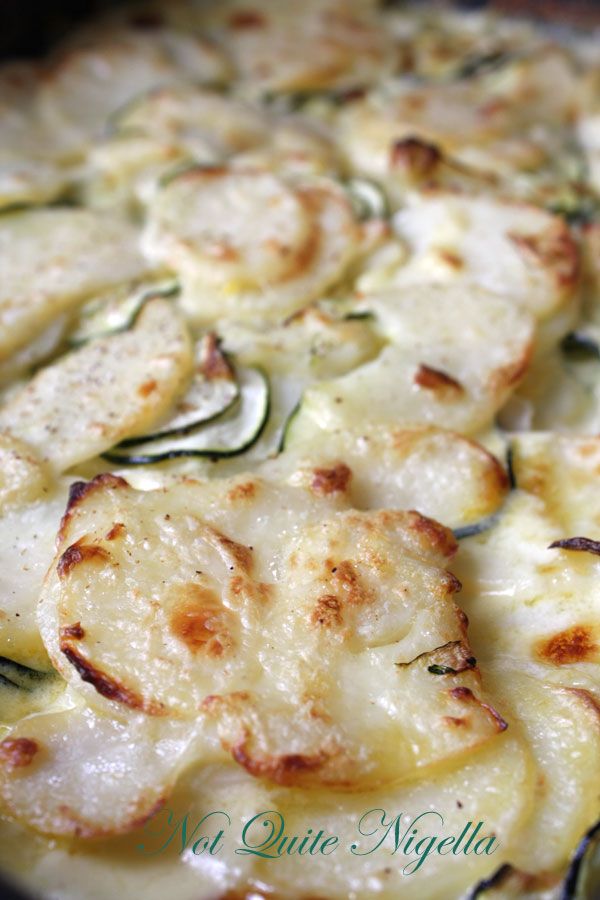 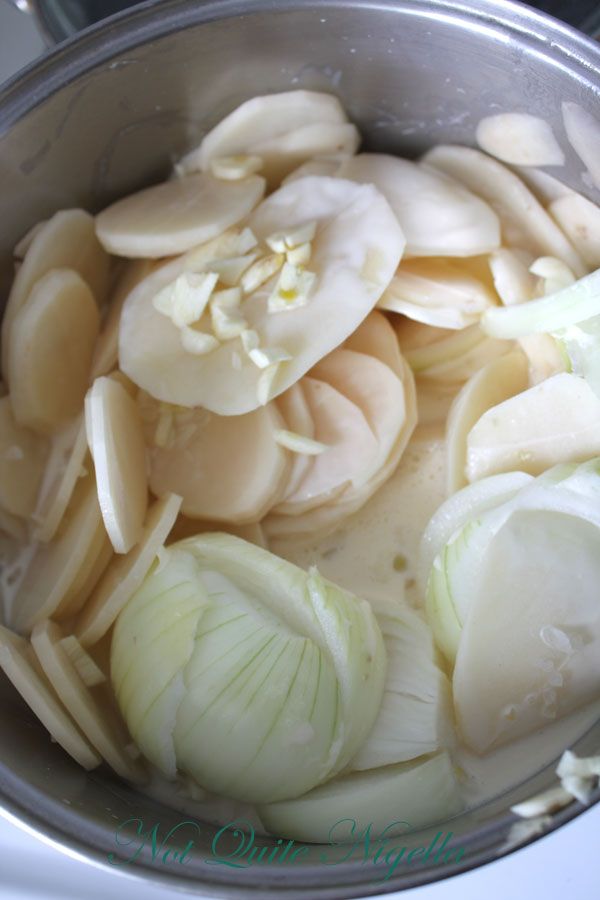 Step 1 - Using a V-Slicer or mandolin, fix the width on "2" and slice straight into a large pot. Then add onion, milk, cream and salt and turn stove on high until boiling and then turn down to low/medium so that it simmers away. Cook until turning tender but not mushy (about 15 minutes). 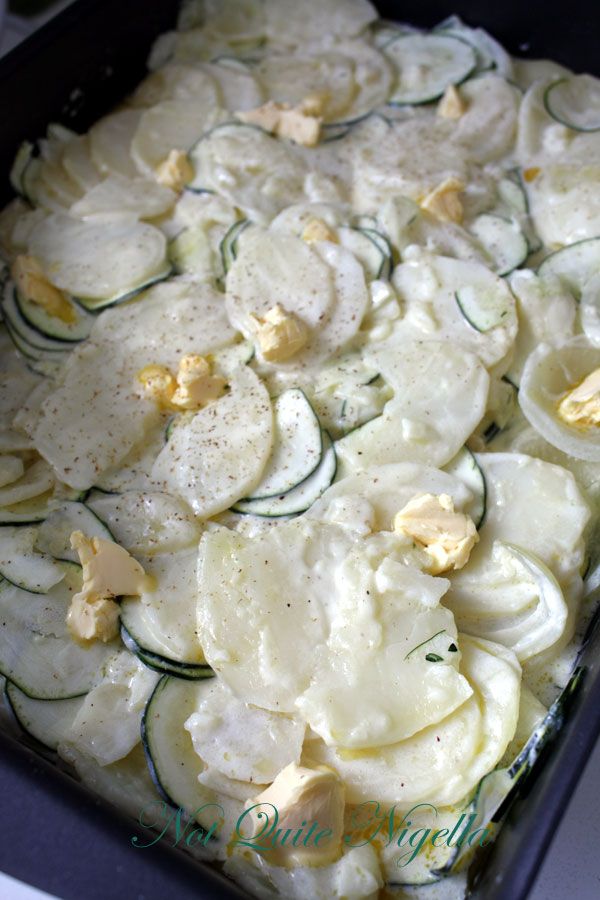 Step 2 - Preheat oven to 220C fan forced. Butter a baking dish. Using the V-slicer set on width "1", slice the zucchini in very thin circles. Layer some of the zucchini on the bottom and then layer of the cooked potato garlic and onion mixture and then a layer of zucchini again ending on a potato mixture layer. You'll end up using up all of the cooked potato mixture in the baking dish. Dot with butter cubes and grate some freshly grated nutmeg on top.

Step 3 - Place in oven and cook for 25 minutes, turning around halfway through the cooking process so that it becomes evenly golden on both sides. 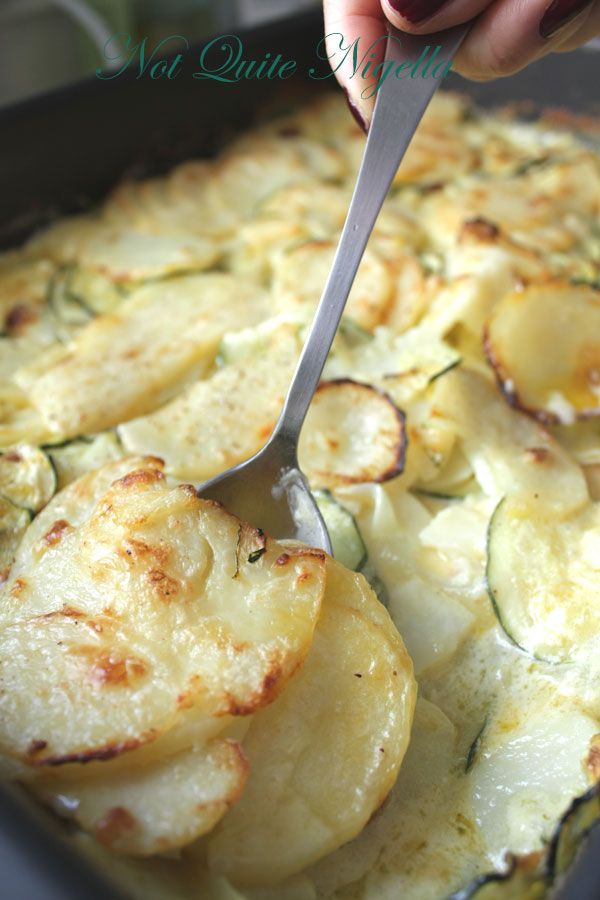