How To Make The Perfect Cocktail (with recipe!) 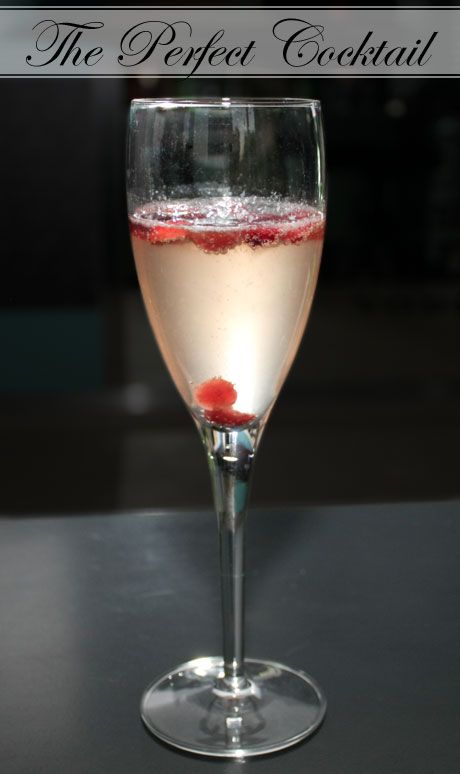 So it's Friday and what better thing to look forward to tonight or on the weekend than a cocktail. But it should be a perfect one no? I should subtitle this story, "What you didn't know about ice". I had Oliver Stuart, a Brand Ambassador for Russian Standard Vodka and Bartender of the Year in front of me and I was determined to find out how to make a great cocktail. Picture this setting: I was at Icebergs and I was sipping cocktails and eating caviar and someone made a remark "How is the ice?". Oliver smiled and nodded "Yes ice is the most important part of a cocktail". I put down my blini and was curious - ice? And so I asked him all about it in between sipping what I thought was one the best cocktails I've ever had - and yes there's a recipe for it to follow. 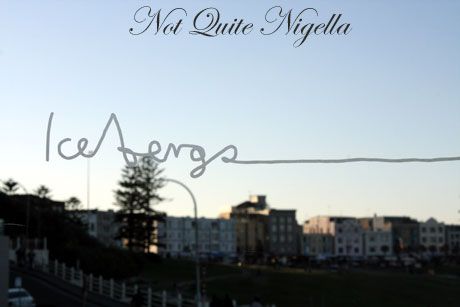 Oliver, formerly of Flying Fish, Hemmesphere and the Victoria Rooms was named Bartender of the Year and now spends his time spreading the word about Russian Standard Vodka. It happens to hold the number 1 position for a premium vodka in Russia after Russia Billionaire Roustam Tariko decided that he would create a Russian Vodka as there was no premium Russian Vodka in Vodka's homeland of Russia (and there was a bit of National pride in there too I would imagine). There are three types: The Original which takes on a brand such as Smirnoff, the Platinum which positions itself against Absolut and the Imperia against a brand like Grey Goosea-all in gorgeously stylish bottles and you know I had a fascination with the bottles right? 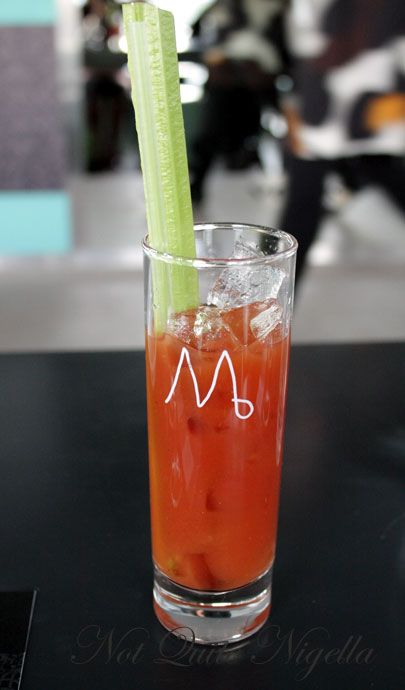 We tried three cocktails: the Mini Mary which was a gorgeous yet well balanced and spicy mix with the Russian Standard Original, the Imperia Mist which is a chic martini made with the Russian Standard Imperia which has been filtered over quartz crystal and is finished with a spray from an atomiser of Martini Bianco and we finish with my favourite, a sparkling wine cocktail with soused cranberries. The canapes were delicious, particular the goat's curd and beetroot tart and the smoked salmon caviar blini which melted in the mouth. 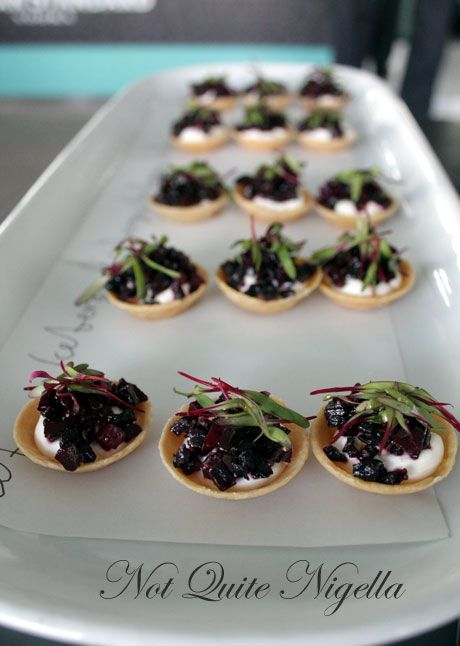 And what of the ice? As funny as it sounds, ice keeps ice cold so the more that you use and the faster you stir, the colder the cocktail will get. The best kind of ice is the ice that has the least surface area so that means the ice you make at home is better than the ice you buy from a gas station freezer as the hole in the centre creates more surface area which allows for quicker melting to occur and with a drink with 3 types of spirits and no mixer, it waters it down quicker and is much more noticeable. The ideal ice is a solid, large piece with smooth edges. 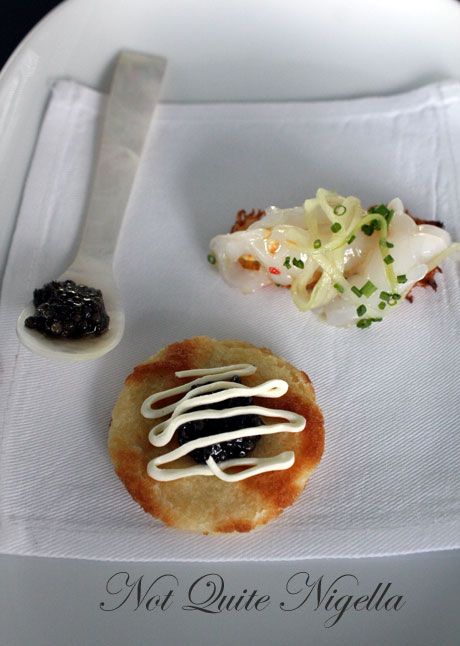 The Japanese take their ice seriously and the Japanese brand Hoskazaki produces special ice makers with many of Sydney's restaurants and bars such as Rockpool, Victoria Room, and Universal (who just won a Hosazaki) using these machines and the Beresford in Sydney apparently has the largest Hoskazaki in the state. Toko Sushi use a huge block of ice which they chip away at. 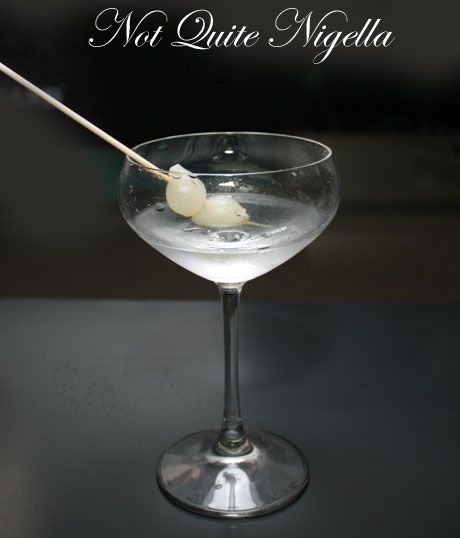 Other tips for making a good martini is chill the martini glass and mixing spoons in the fridge and don't store your vodka in the freezer as the extreme temperature starts to undo the distillation process and overpowers the bread aroma seen in good vodkas. Instead chill it between 5c and 7c (41-44F).

I also took the opportunity to ask Oliver a few questions about cocktails. 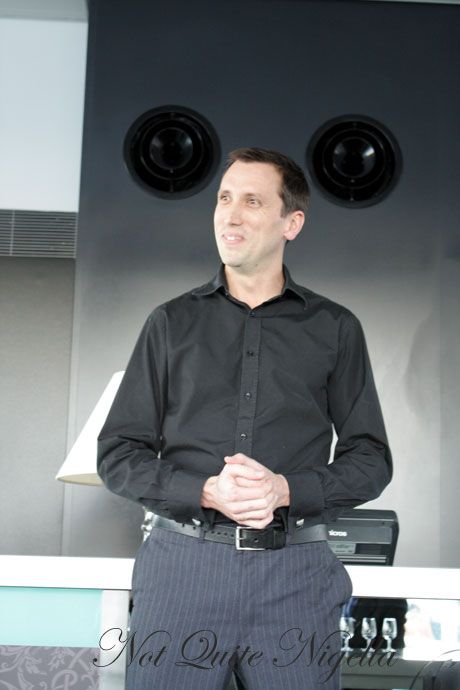 Step 1 - What are your tips for making the perfect cocktail?

Always use fresh ingredients (especially lemon and lime juice), use good quality solid ice cubes and lots of them as your cocktail will only look as good as the glass you serve it in.  Always aim to create a balanced drink where the flavours complement each other and know what each of the ingredients taste like before you use them.

Step 2 - Are there any no-go ingredients?

Step 3 - What is the most popular cocktail for women in Australia?

The Cosmopolitan is still going strong, but consumers are becoming more adventurous and are ordering the signature cocktails of the house. Vodka cocktails as a category are Number 1.

Step 4 - What is the most popular cocktail for men in Australia?

Step 5 - What cocktail trends have you noticed lately?

One trend is an increase in consumer awareness of whether premium spirits are used in cocktails and an increasing confidence when it comes to ordering them. Another is that many consumers are now going to 'Bartenders' not 'Bars' as they want their cocktails made by a specific bartender.

Step 5 - What is your favourite cocktail and why?

One of my current favourites is a British Cobbler called a Vanilla Zest. 60ml Russian Standard Imperia, 10ml sugar syrup, 1/4 of a vanilla pod split and scraped. Shake all ingredients and fine strain into a chilled martini glass. Garnish with a flamed orange zest.

And because I promised it, here's the recipe for one of the best cocktails I've ever tasted! And surely the fact that it's gorgeous too isn't lost on you-perfect for a champagne afternoon tea no? 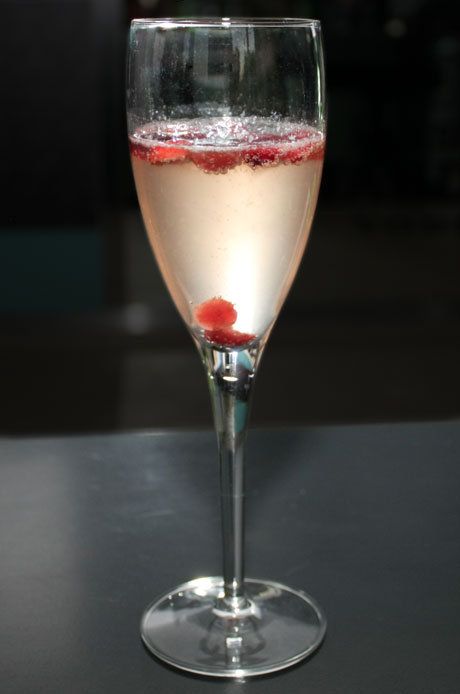 Step 1 - Mix first 4 ingredients and then top with sparkling wine. Sit back and swoon.

*For the cranberries: Soak dehydrated cranberries in Russian Standard Platinum for 24 hrs in a sealed container or jar.

So tell me Dear Reader, do you have any tips for that perfect cocktail? And what is your favourite cocktail?