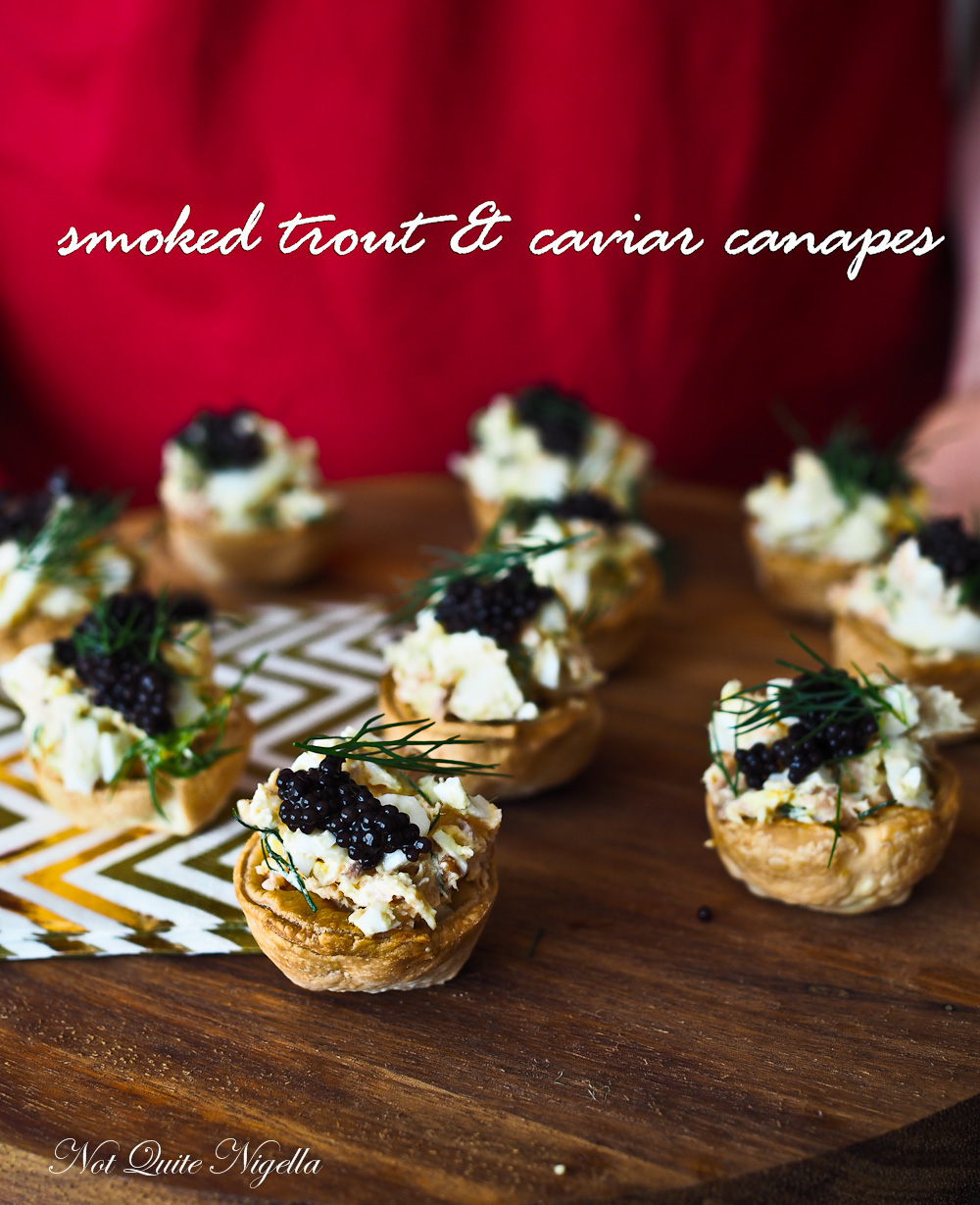 *Still not recovered from Christmas day shenanigans? Today I overheard a woman say to her friend, "I still don't feel like I'm on holidays yet!" (and no that was not me ;) ). Well no fear Dear Reader, I have some easy New Years Eve recipes for you including one of the most delicious cocktails you'll ever try: the sgroppino (plus it is ludicrously simple). Plus easy make it yourself tart shells filled with smoked trout, egg, dill and topped with caviar! *

I am SO excited about this cocktail. I'm embarrassed to say that the first Italian Sgroppino cocktail I tried was this year (slow learner clearly) but it was one of the best things I've tried. It is a sorbet and Prosecco cocktail that is like a refreshing, almost creamy dessert cocktail in one. I will preface the recipe with a little warning: this is not a cocktail for those who like whisky sours or big slugs of alcohol. This is a cocktail for those that like it sweet, fluffy but delicious. Like dessert in a cocktail.

Traditionally sgroppino is made with lemon gelato but blood orange or mango gelato (or sorbet) are also absolutely delicious. Vodka can also be added but my first one was at Buzo and I asked them for the recipe and Traci said that it was simply Prosecco and lemon gelato whisked together! 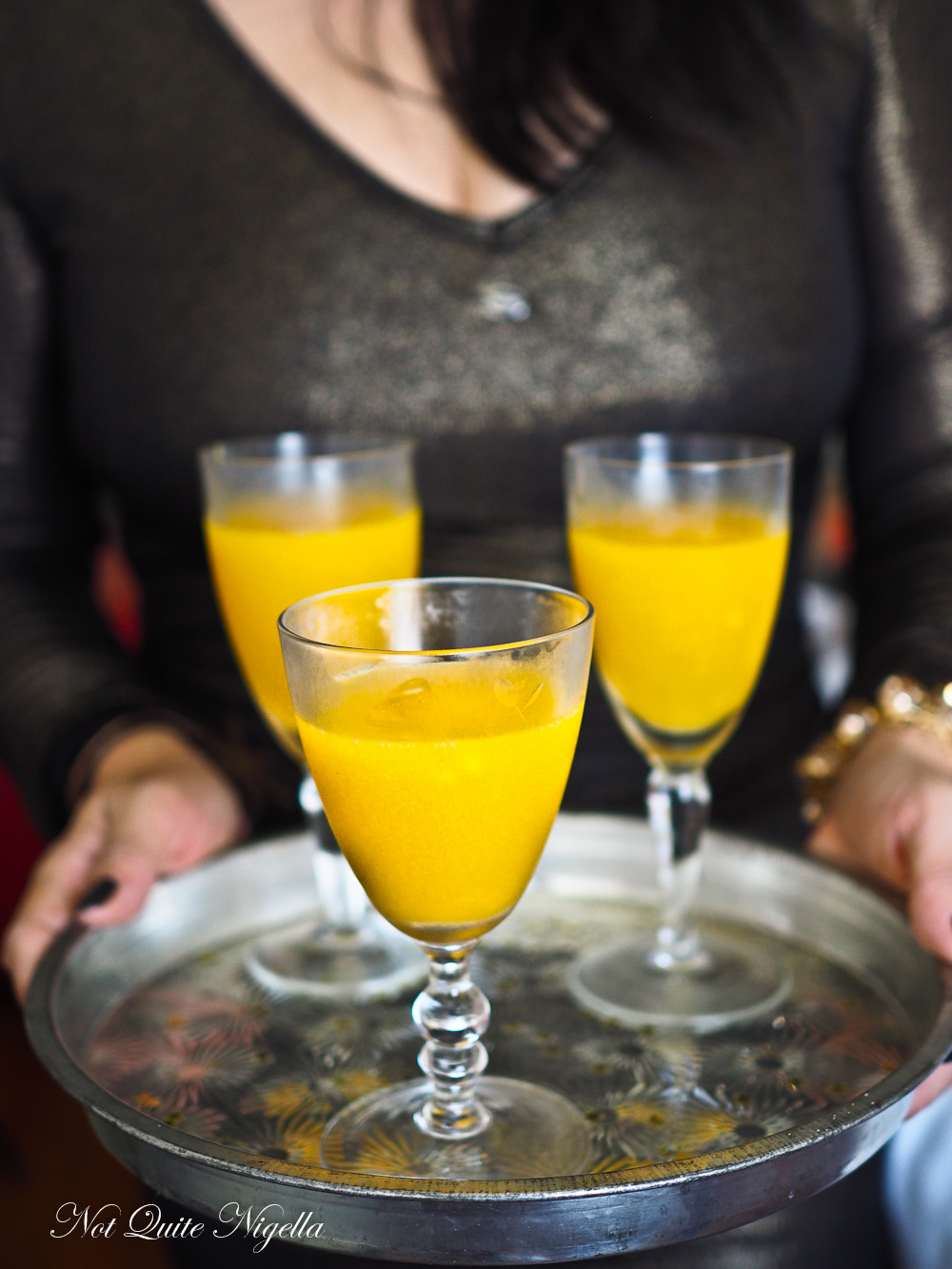 For canapes I used to make cups and then started buying tart shells before wondering if they would be easy to make. They are very easy once you have tiny mini muffin molds. I made them using thawed from frozen shortcrust pastry. I filled them with an egg salad mixed with smoked trout (you can also use hot or cold smoked salmon) and topped them with dill and caviar. I shot this on a morning when Mr NQN was rushing out the door. "Quick! Hold these egg cups!" I said to him almost throwing him the tray. And yes they did topple over which necessitated some re-spooning of the caviar on top.

So how are your Christmas holidays going? I've gone into forced relaxation mode which means that when Mr NQN goes out for a ride on his bike I sneak back onto my computer because I miss you guys! I am enjoying my time off thought and in the absence of any "respectable" hobbies (really when it comes down to it my hobbies are eating, cooking and watching tv) I spent much of the time watching Downton Abbey, Brooklyn Nine Nine (anyone else watching this? Let's talk!!) and listening to the new Serial podcast. It isn't quite grabbing me as much as the first season but I'll still continue with it because Sarah Koenig's narration is rather hypnotic (btw do you know how some people sound nothing like the way they look? She looks exactly how I pictured her to which is actually quite comforting - okay that sounds creepy). 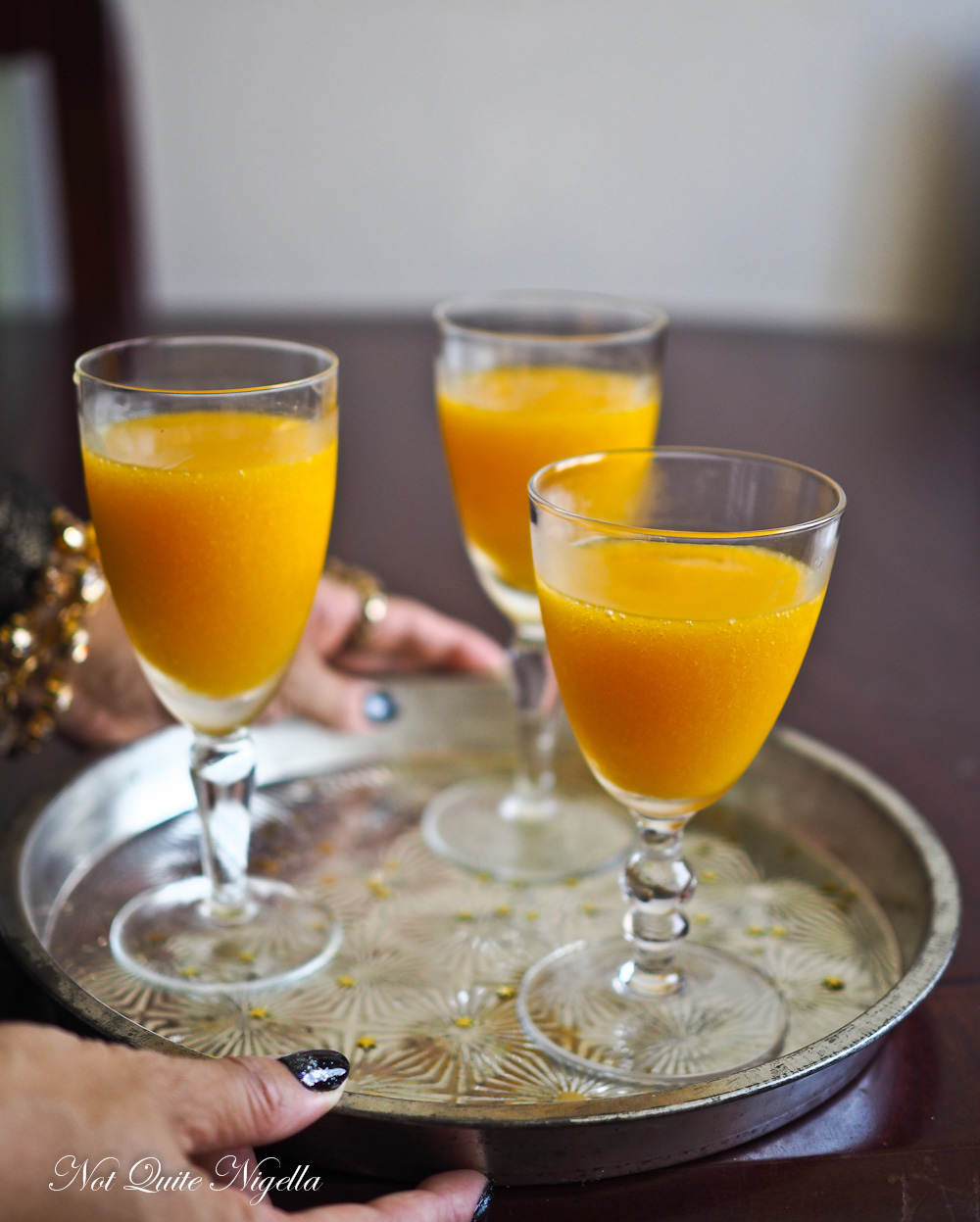 Anywaaaaay I'm rambling now because I've had a couple of sgroppinos all in the name of testing. But Dear Reader I really hope that your New Year's Eve is a wonderful one. Even if it is a low key one or a big gesture one. For years I felt so pressured into having a larger than life New Year's Eve and it would just elude me. So I decided to relax and look at it almost like every other night. Just with more delicious cocktails and canapes! Happy New Year lovelies!!! Here's to a wonderful 2016!

So tell me Dear Reader, have you ever had a Sgroppino? And what shows are you watching? Any you can recommend (as I am rapidly running out-eek!)? And what are you doing this year for NYE? 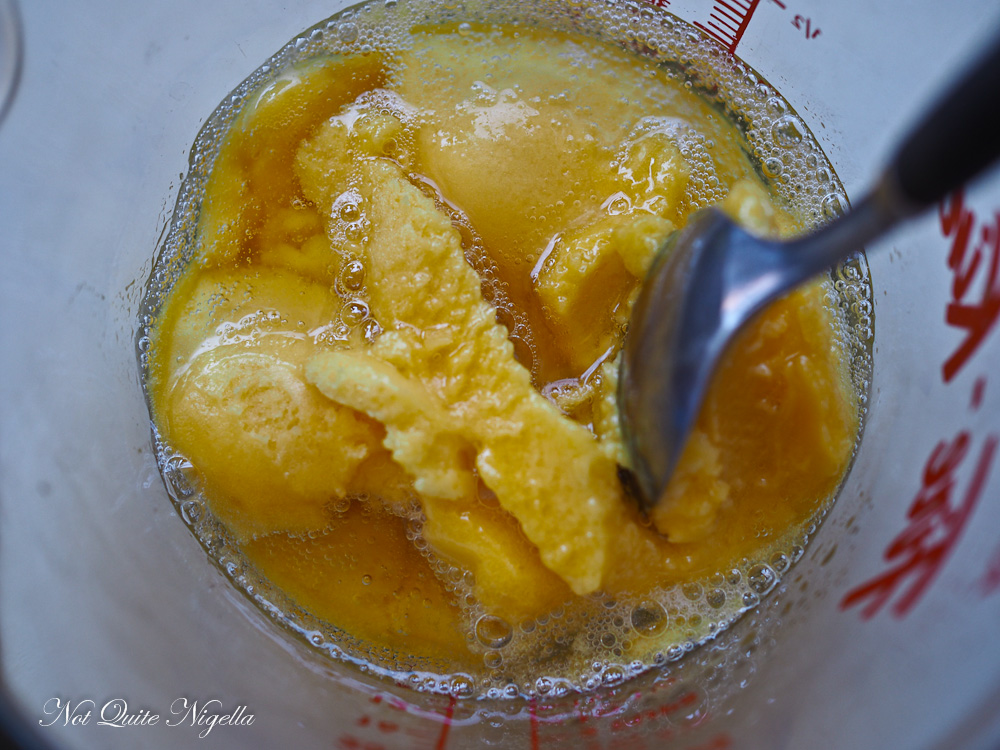 Step 1 - Whisk together the two items (you can also do this in a food processor or blender) and serve. 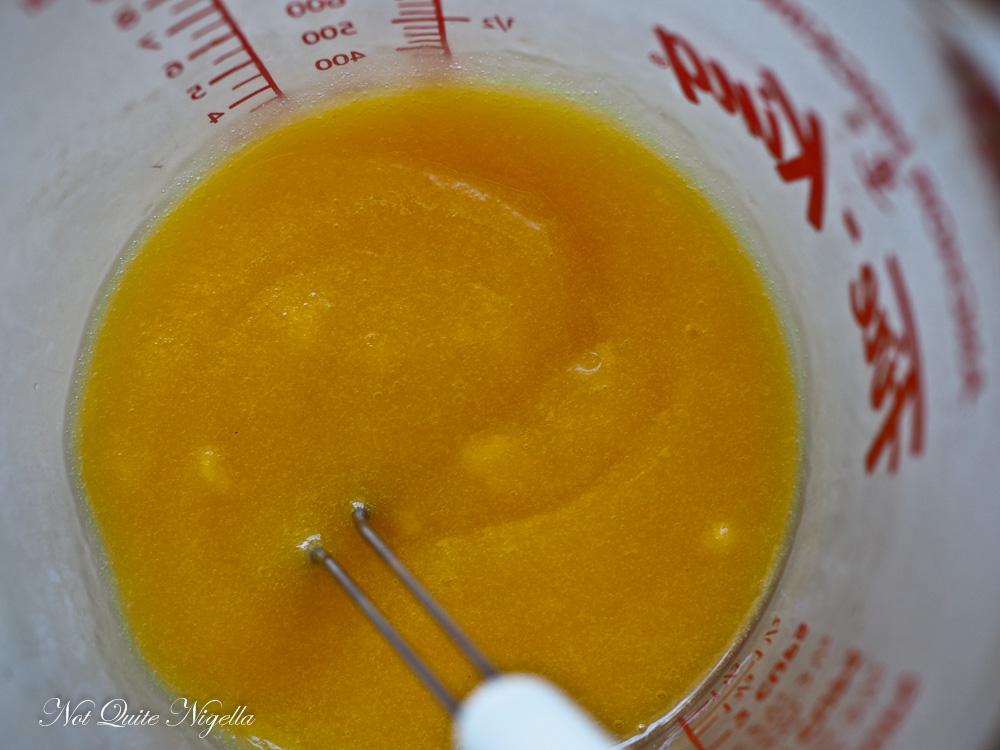 *To make tart cases, cut out small rounds of shortcrust dough and press into a mini muffin or canape tray and bake at 220C/440F for 8 minutes. Cool.

Step 1 - Chop up eggs roughly and mix with the smoked trout, mayonnaise and sour cream. Season with salt and pepper to taste.

Step 2 - Spoon into the prepared tart cases. Top with caviar and dill.