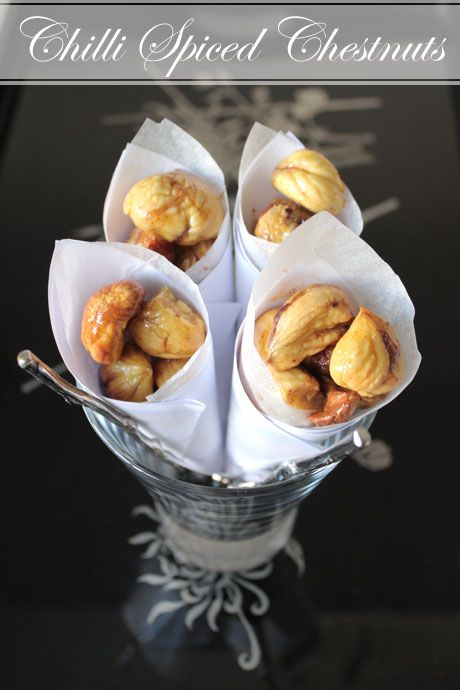 I have an odd sense of economics at best. In High School I was so terrible at Economics that no-one ever expected me to answer anything. When my teacher Mr Pretty (yes his name really was Mr Pretty) asked "Who knows what O.E.C.D. means?" and I answered in a bored voice "Organisation of Economic Cooperation and Development" expecting thirty other girl's voices to be chiming in with me only to find I was the only one, my friends and he turned around startled that I had actually managed to answer a question in Economics class. I don't blame them, I was hopeless at it and I was surprised I knew the answer too. I'd shown no predilection for economics or money and I certainly considered "budget" a dirty word. 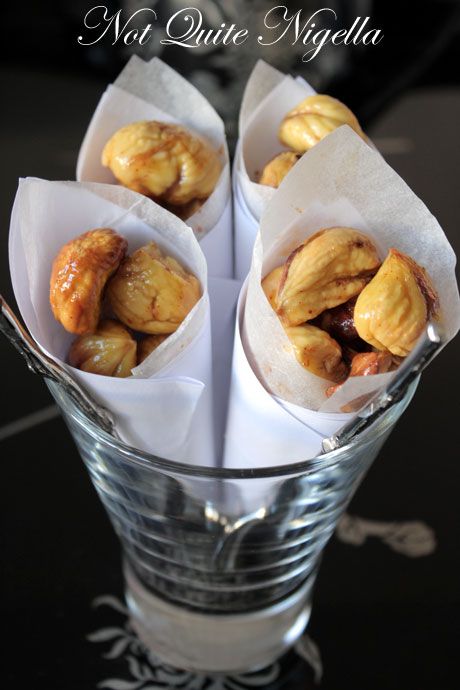 Anyway, my poor sense of economics came into play the other day. I walked past a greengrocer and saw 500gram sacks of chestnuts on sale for 99c. I did a double take expecting there to be a $4 or $5 in front of the .99 but no, the sticker said 99c. Even someone that hated Maths as much as I did could work out that that was a fantastic deal and chestnuts are rarely seen for $1.98 a kilo so I snapped up a few sacks and off I went. I got them home and decided to cook the chestnuts . I set about cutting the X's in the top to prevent them exploding only to realise that a part of them were past their ideal state. Not surprising given the price of course. I of course had just ploughed my way through all of them and wasted quite a bit of my time doing so only to find that the few dollars I saved were negated by the  ruination of my three day old manicure not to mention the considerable time spent cutting up, roasting and peeling the little cretins. 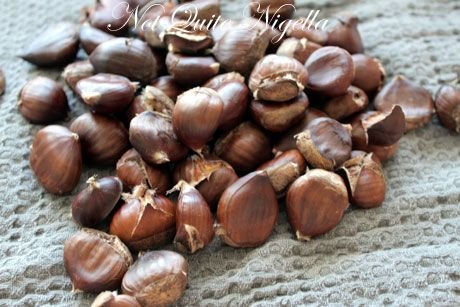 Nevertheless the ones I did roast and pry out were sweet and delicious and I ended up tossing them in a spiced butter dressing. I didn't want to make chestnut puree or marron glaces with them (something I decided last year I would not do more than once in my life as it was so difficult and time consuming) but  did want a nice snack that I could serve to friends or even eat in front of the television (chestnuts are actually low in fat especially compared to other nuts) and this fit the bill. I had a few cones of this and Mr NQN ended up eating the rest of the whole lot in one sitting. I promised him that I'd make them again but then I promised myself that I'd avoid discounted chestnuts for the sake of my nails.

So tell me Dear Reader, what subject did you dislike at during school?

And in some exciting news, Not Quite Nigella is now iphone and mobile phone compatible! Thanks to Mr NQN who worked hard on it :) 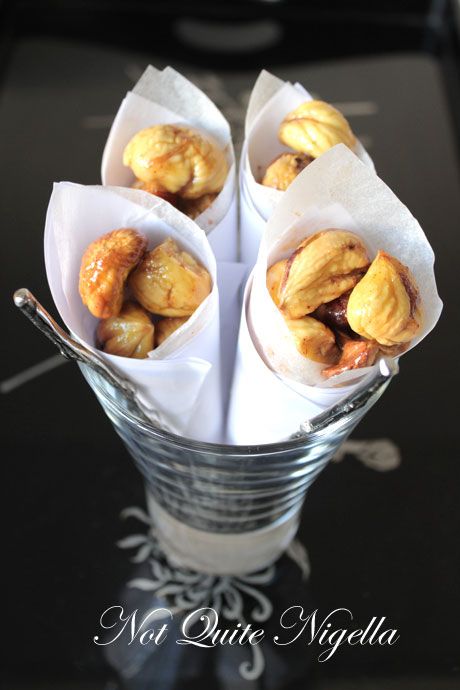 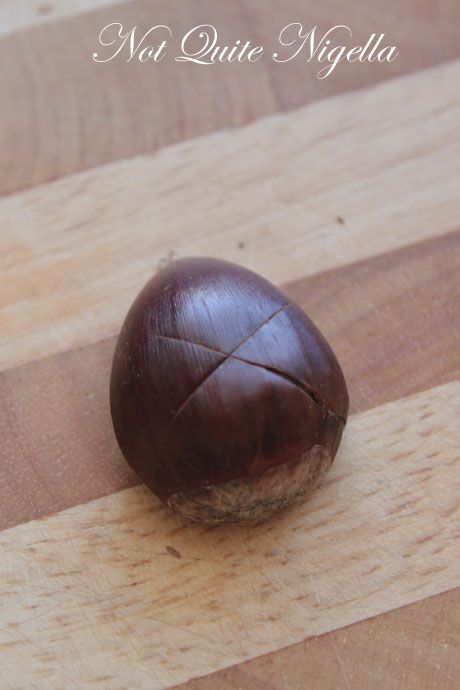 Cutting an "X" on the rounded side

Step 1 - Preheat the oven to 410F/210C. Line a baking tray with parchment.  Place one chestnut flat side down on a cutting board and cut an "X" with a sharp, serrated knife in the curved side of the chestnut. Bake in the oven for 20-25 minutes. 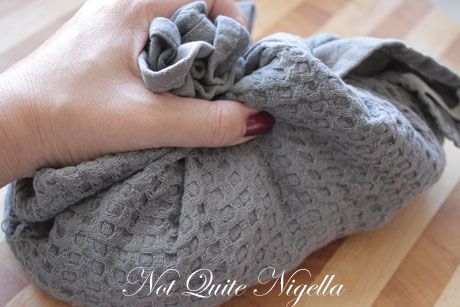 Doing this one handed while photographing it with the other is kind of silly...

Step 2 - Have a tea towel spread out and carefully lift the chestnuts onto the tea towel (I usually pick up the parchment by the corners and lift that). Wrap the tea towel around it and leave to rest for 5 minutes. Then take the bundle of chestnuts and roll the bundle so that the chestnut shells crack. Then remove the meat from the shells. The shells and the furry layer come off much easier when the nuts are hot.

Step 3 - Mix butter, cayenne pepper, muscovado sugar and salt in a bowl and drizzle over the chestnuts tossing them so that they are covered. 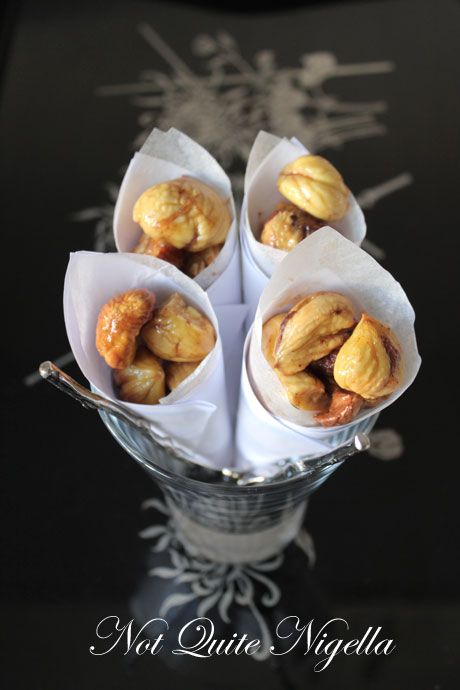