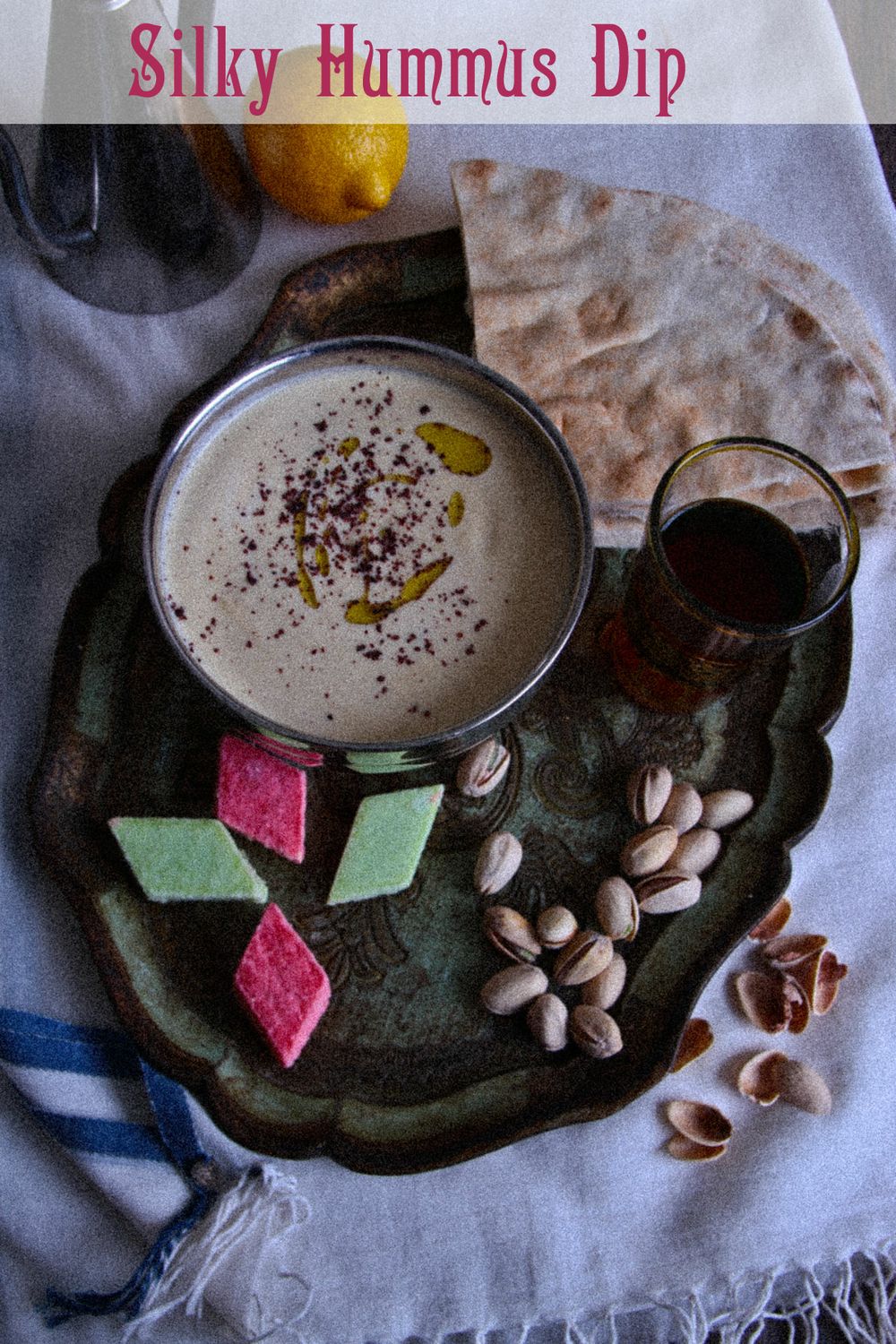 Here's something quick and funny for a Friday.

"How do you eat your corn?" Mr NQN said to me in bed one night.

I looked up from my episode of True Blood and regarded him."Why?"

"The opposite of you, I go around the corn" I answered. Over the years, I had noticed that he ate his corn across the row, much like a typewriter writes.

Before bed, he was reading a post about mathematicians and I was watching True Blood. He told me that the blog that he was reading  said that the way that people ate their corn determined their field of mathematics. Mathematicians that ate their corn in a spiral preferred analysis and the ones that ate it in a row lengthwise like a typewriter preferred algebraic mathematics. I had to agree, I was terrible at algebra, even the idea sends my head into a spin. Not that I was any better at analysis. 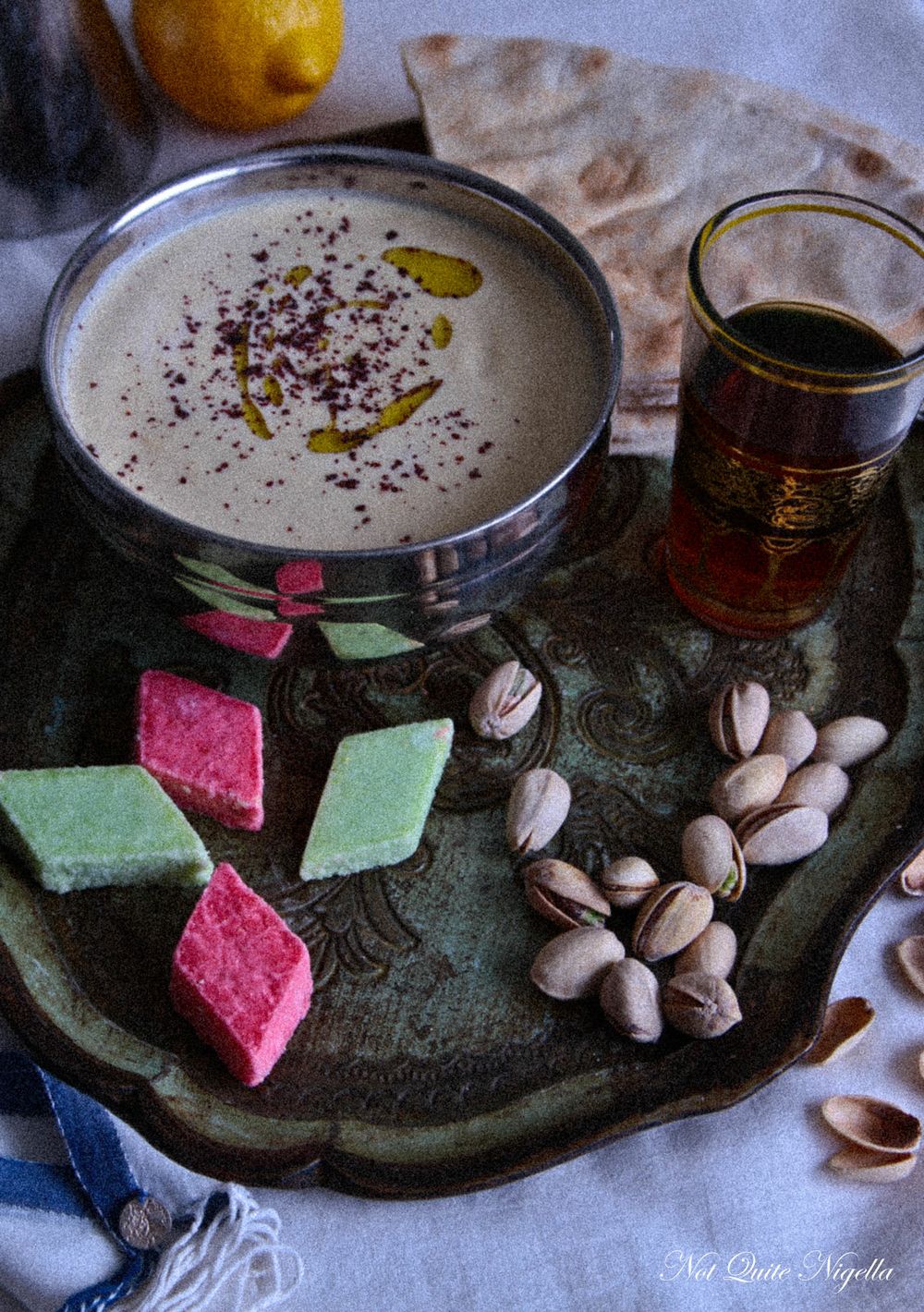 This recipe has nothing to do with corn really, but it was after Mr NQN and I had eaten a dinner of this silky, smooth hummus. It got me to thinking about how some people eat hummus with a knife whereas some dip the bread straight in. This hummus recipe was one from The Chedi in Muscat, Oman, that I had adapted. It was so silky and delicious and so unlike any other hummus I had tried.

They were kind enough to give me the recipe but when I started, I felt like something was missing. Heeding reader Karen's comment about removing the skins, I did so to try and make it as smooth as possible. A little research told me that chefs that are known for their hummus do this little step so that it is incredibly smooth. It's up to you of course, you do get extra fibre but the benefits are of the texture-this hummus is divinely light and smooth. I also sieved the hummus to get it super silky for one batch although it left behind quite a bit of the chickpea which I thought was a bit of a waste so I ate the second batch as it was.

So tell me Dear Reader,  how do you eat your corn on the cob and is it true about the type of maths that you prefer? And do you dip your bread into a dip or do you use a knife? Happy weekend everyone! 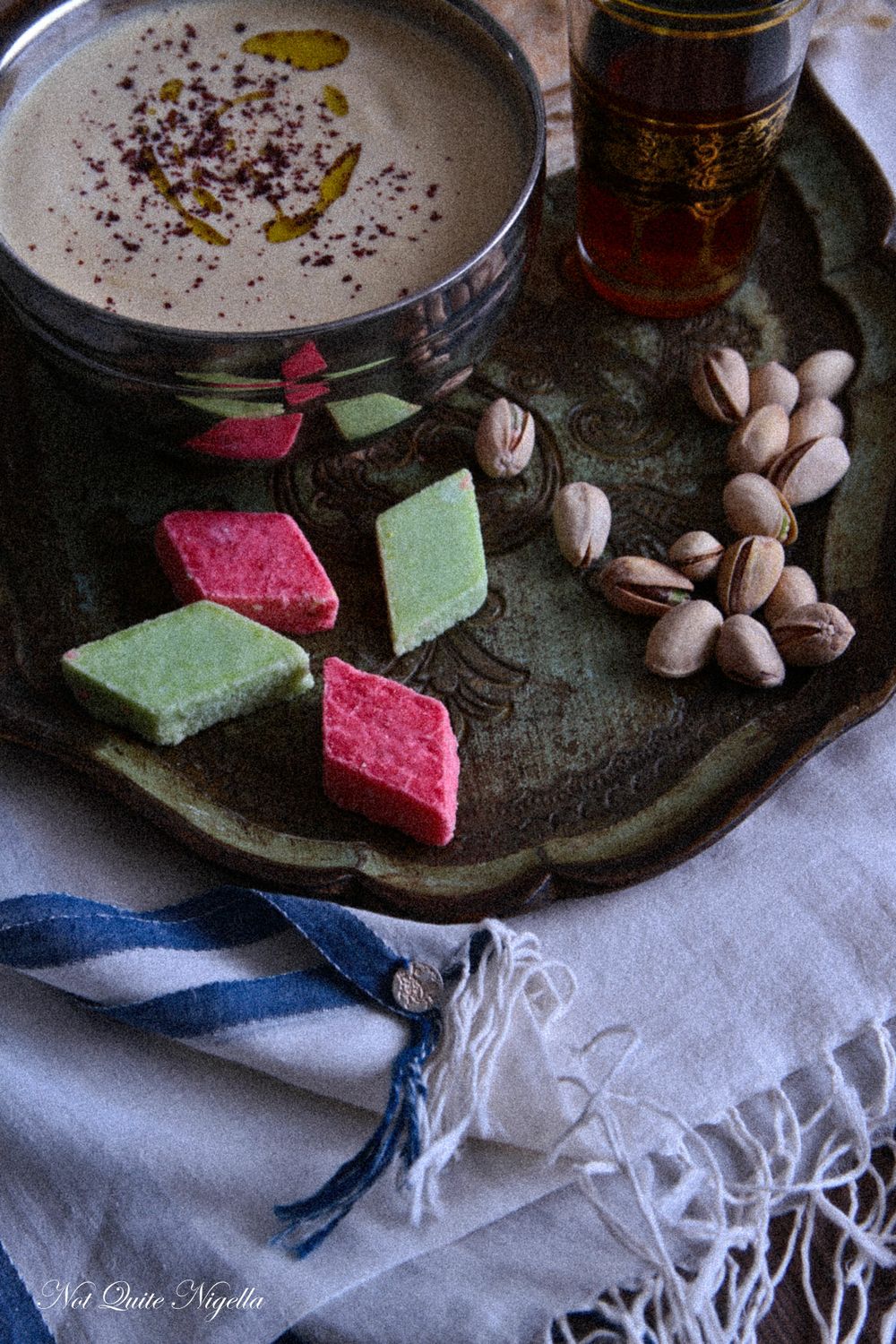 Adapted from a recipe by The Chedi Hotel, Muscat, Oman 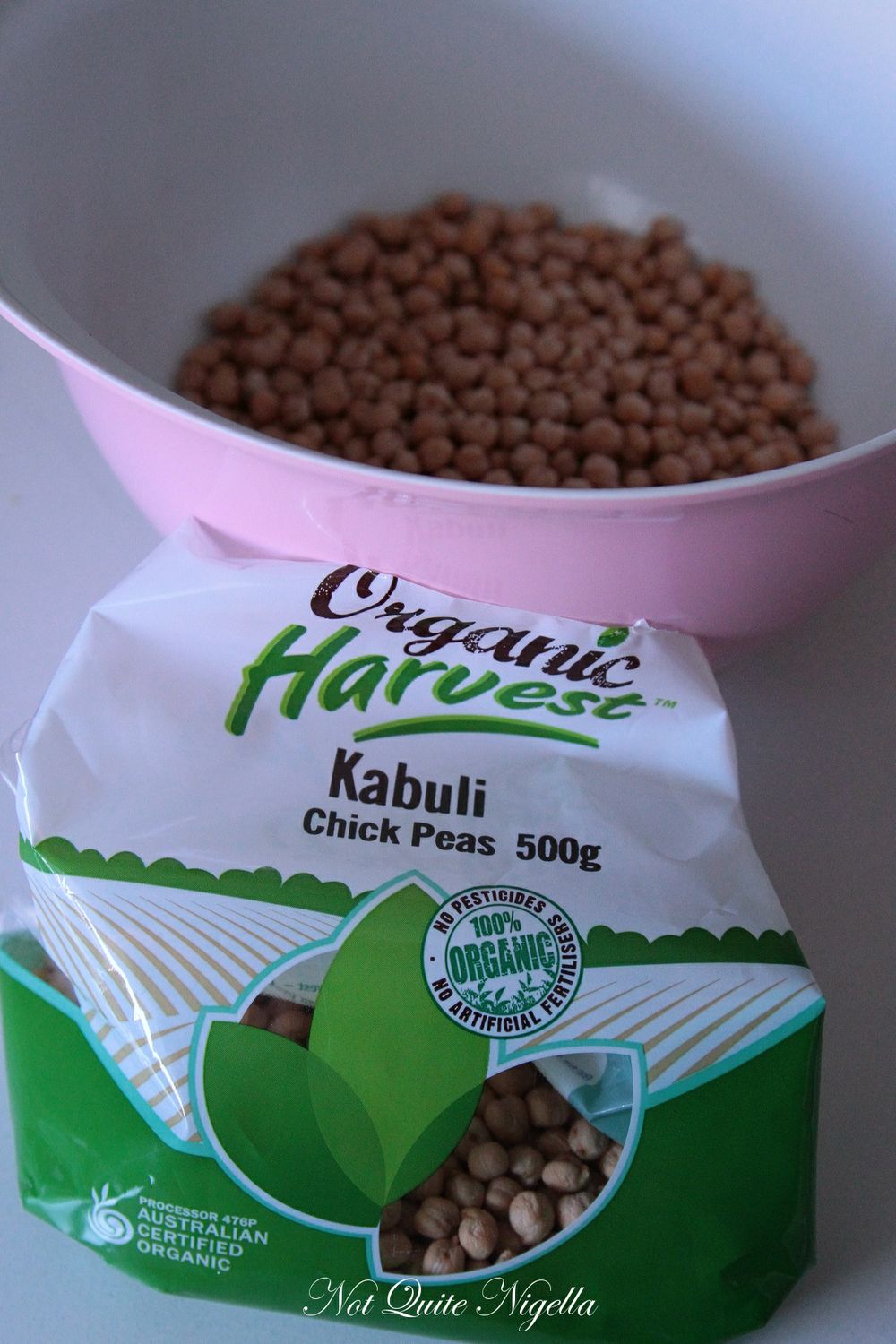 Step 1 - Firstly, soak the chickpeas overnight in cold water in a bowl large enough to accommodate them expanding to twice their size. Change the water a couple of times during this time. 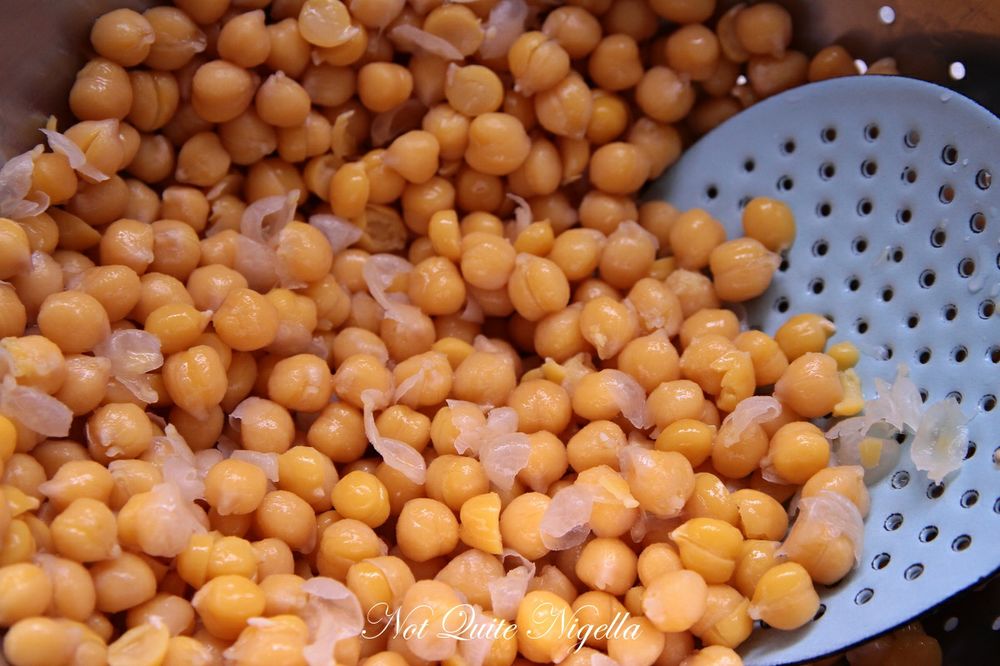 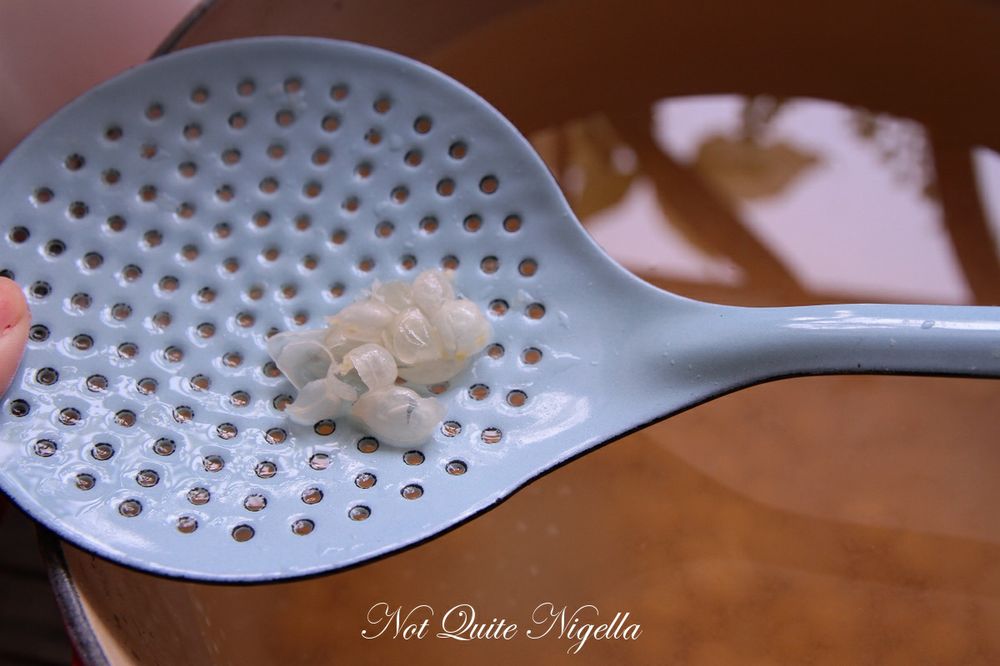 Step 2 - The next day, boil the chickpeas with the bicarbonate of soda for about 30-40 minutes until soft. Drain and rinse under cold water. During this time, remove the skins by rubbing them gently-I just toss them with my hands and even split them in two and this releases most of the semi translucent skins. Separate the skins from the chickpeas-this takes time but you can do this in front of the television and it is a fairly mindless and oddly satisfying task. 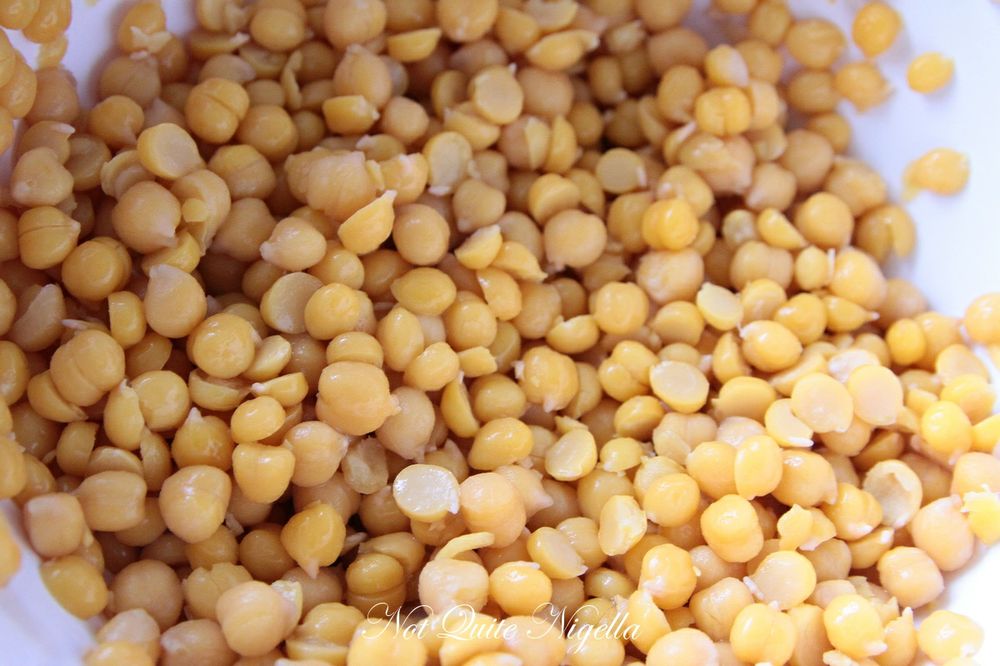 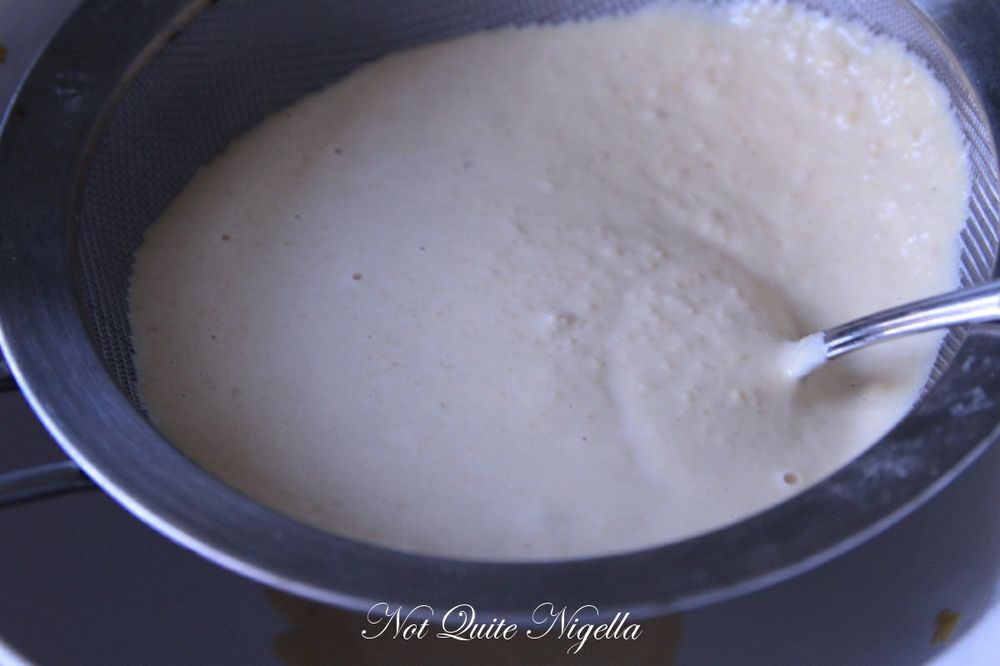 Step 3 - In a large food processor, blend the chickpeas with the tahini, iced water, lemon juice, garlic and salt until smooth. Then pass through a medium sieve to make it even smoother. 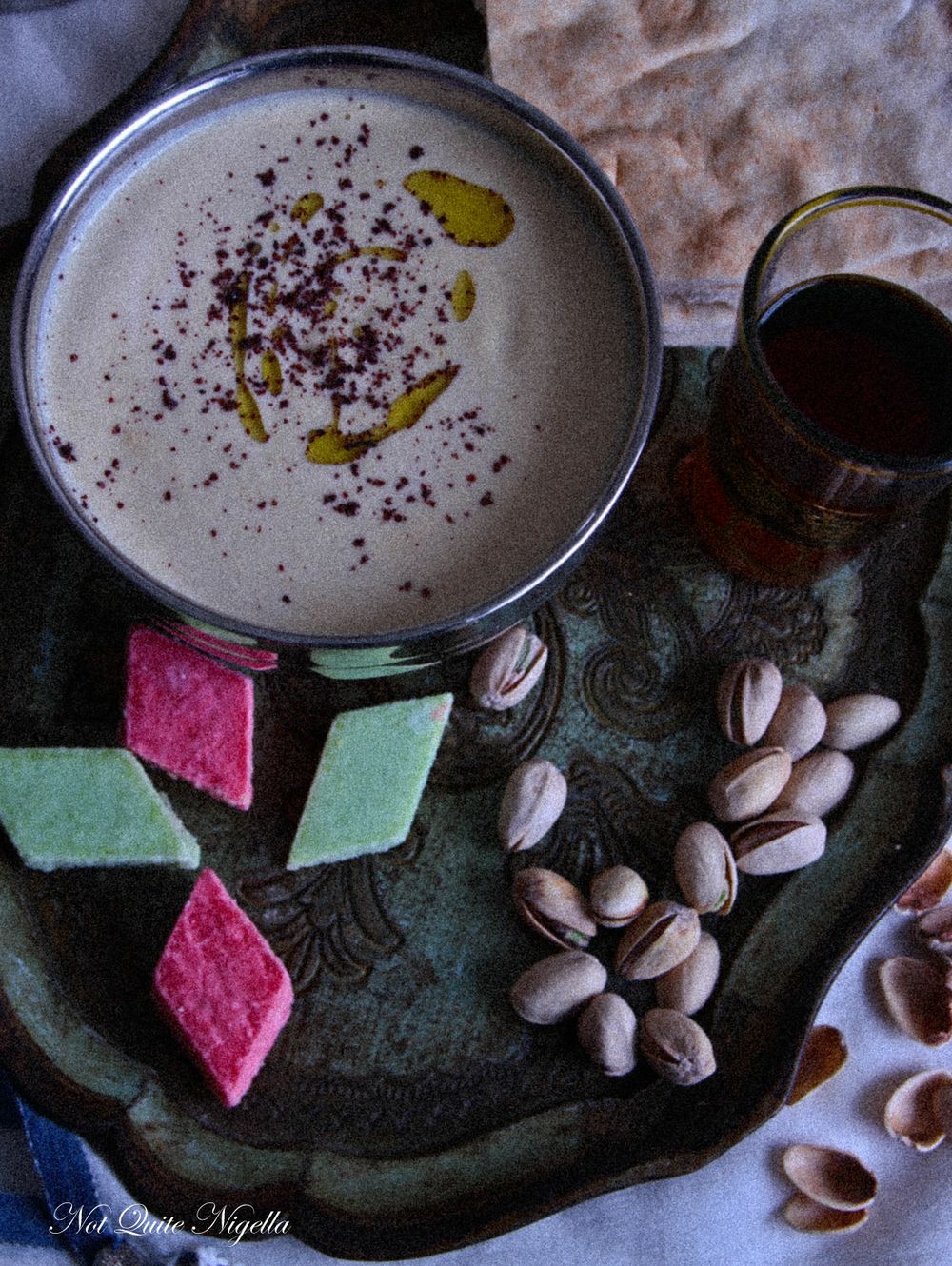