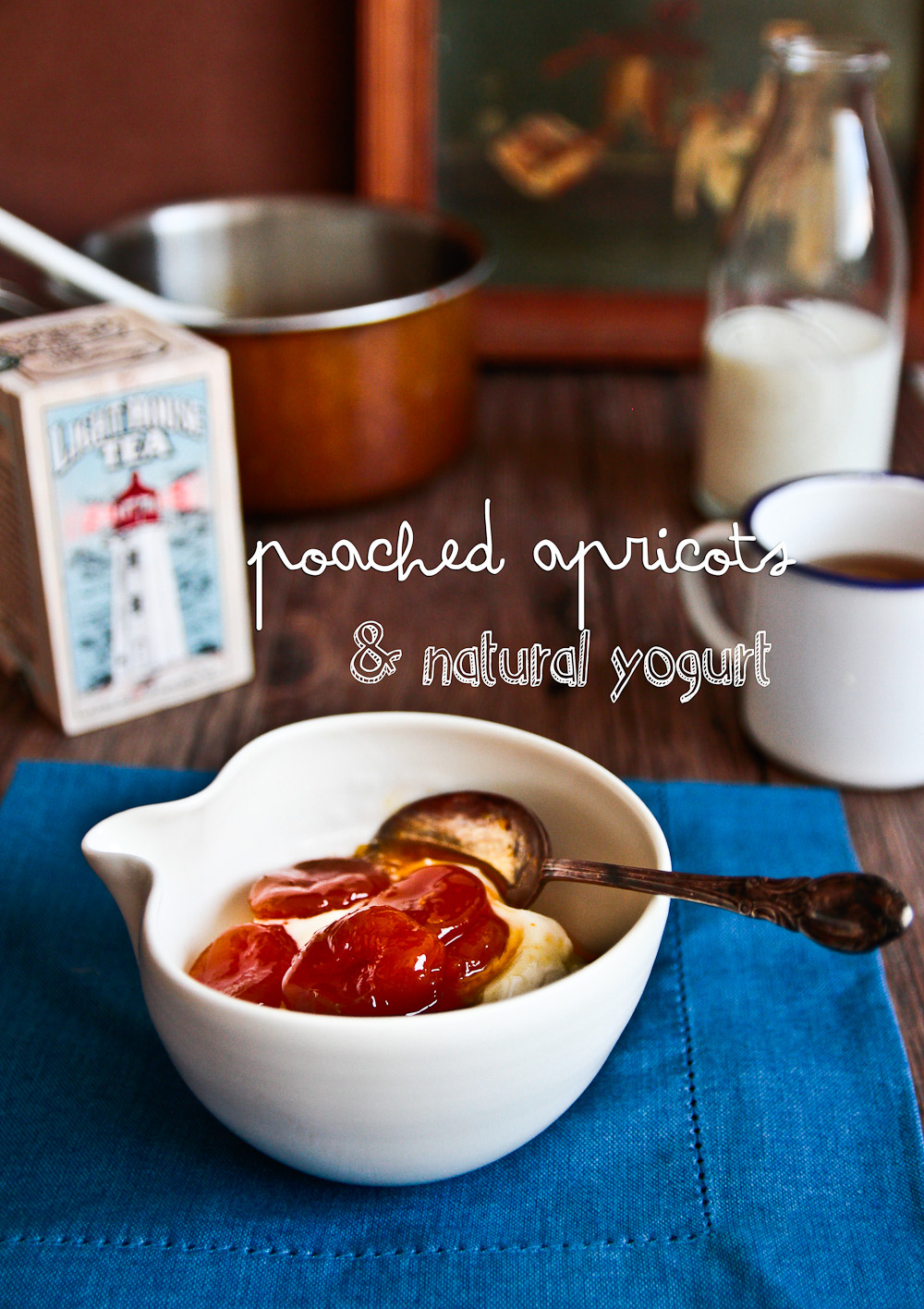 Dear Reader, do you adhere to the three second rule, ten second rule or no second rule? For me, if a food has landed on the floor, it's off limits. However when I was making this breakfast one weekend, Mr NQN was uncharacteristically in the kitchen. He usually spends as little time in there as possible but he was ravenous because I had just gotten back from overseas and he was hunting for food.

I was measuring out the apricots into a cup when one fell on the ground. Lightning fast, he snatched it up before I even knew what was going on he shoved it in his mouth. If it weren't for his chewing and blissful but cheeky expression I would have only have been halfway through the sentence "I thought I dropped an apricot..." He looked so delighted with himself and held up his hand for a high five that I failed to return. I don't encourage eating off the floor... 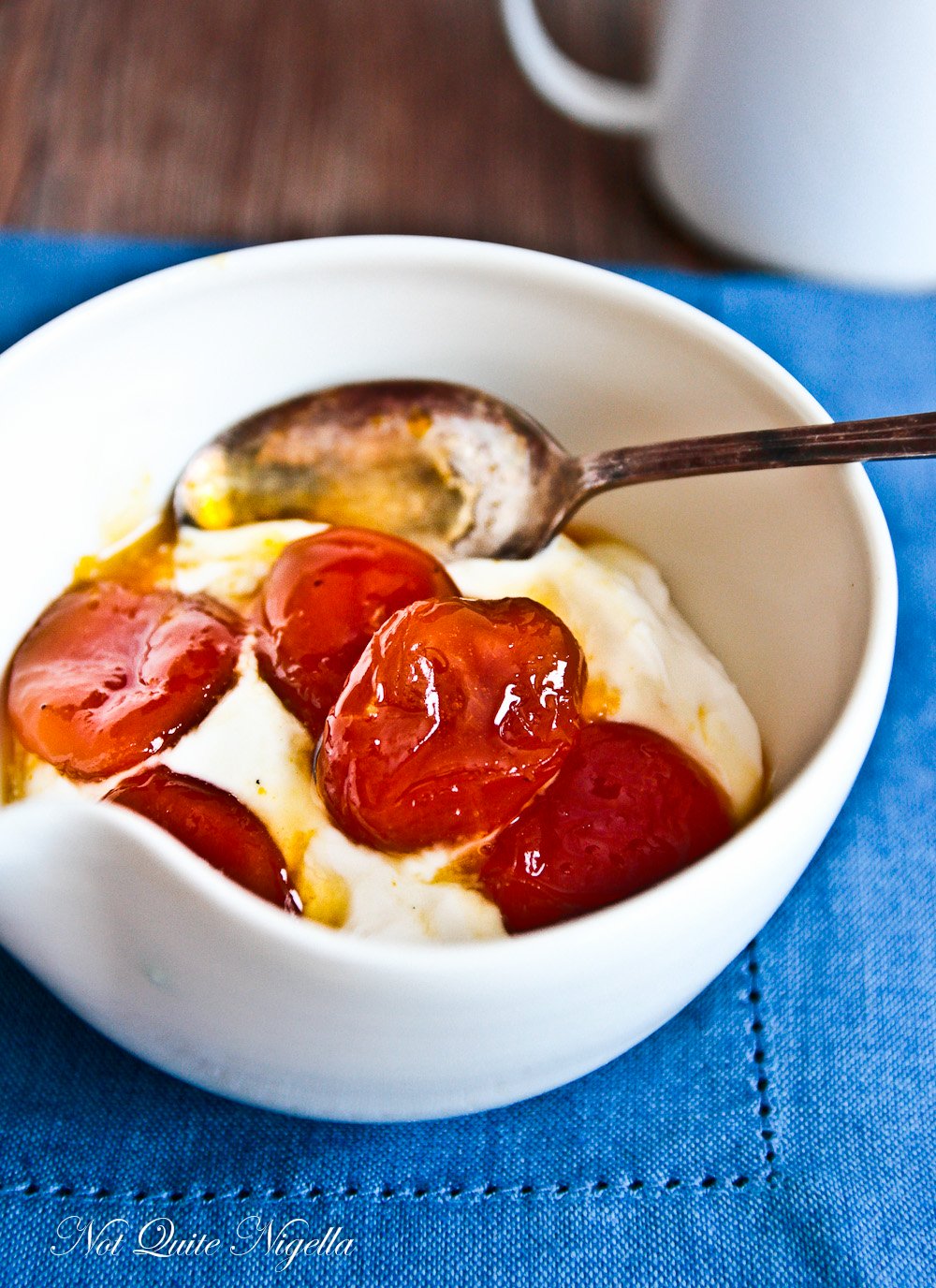 The dish that I was making was inspired by the delicious apricots that you tend to get a hotel breakfasts. The apricots are poached in a lightly spiced syrup and swell up to voluptuously soft proportions and spooning some of these golden, plump fruit onto a bowl of natural yogurt has got to be the best way to start the day.

Provided that you don't pick any up off the floor ;)

So tell me Dear Reader, which second rule do you believe in?

Step 1: If you have time (and it's not strictly necessary), cover the apricots in boiling water and soak for about an hour or overnight. 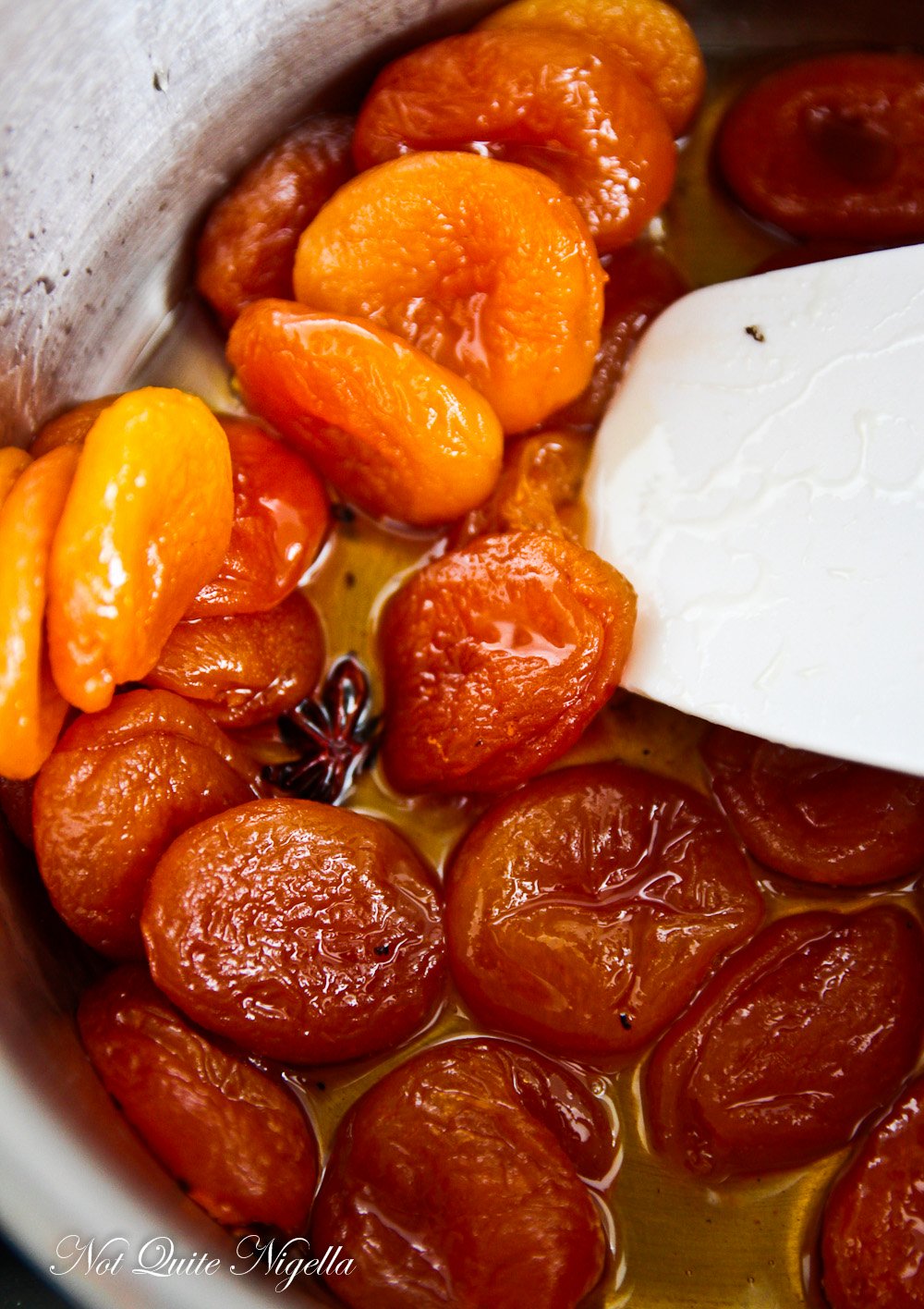 Step 2: Place the sugar and 1 1/3 cup water in a saucepan and dissolve the sugar over medium heat. Add the apricots (drain if you've soaked them), the orange juice and the star anise. Crush the cardamom pods with a mortar and pestle or the blunt end of a knife handle and add these too.

Step 3: Simmer with the lid on for 15 minutes and then remove the lid and simmer for 5 minutes until syrup has thickened. Serve with natural yogurt.