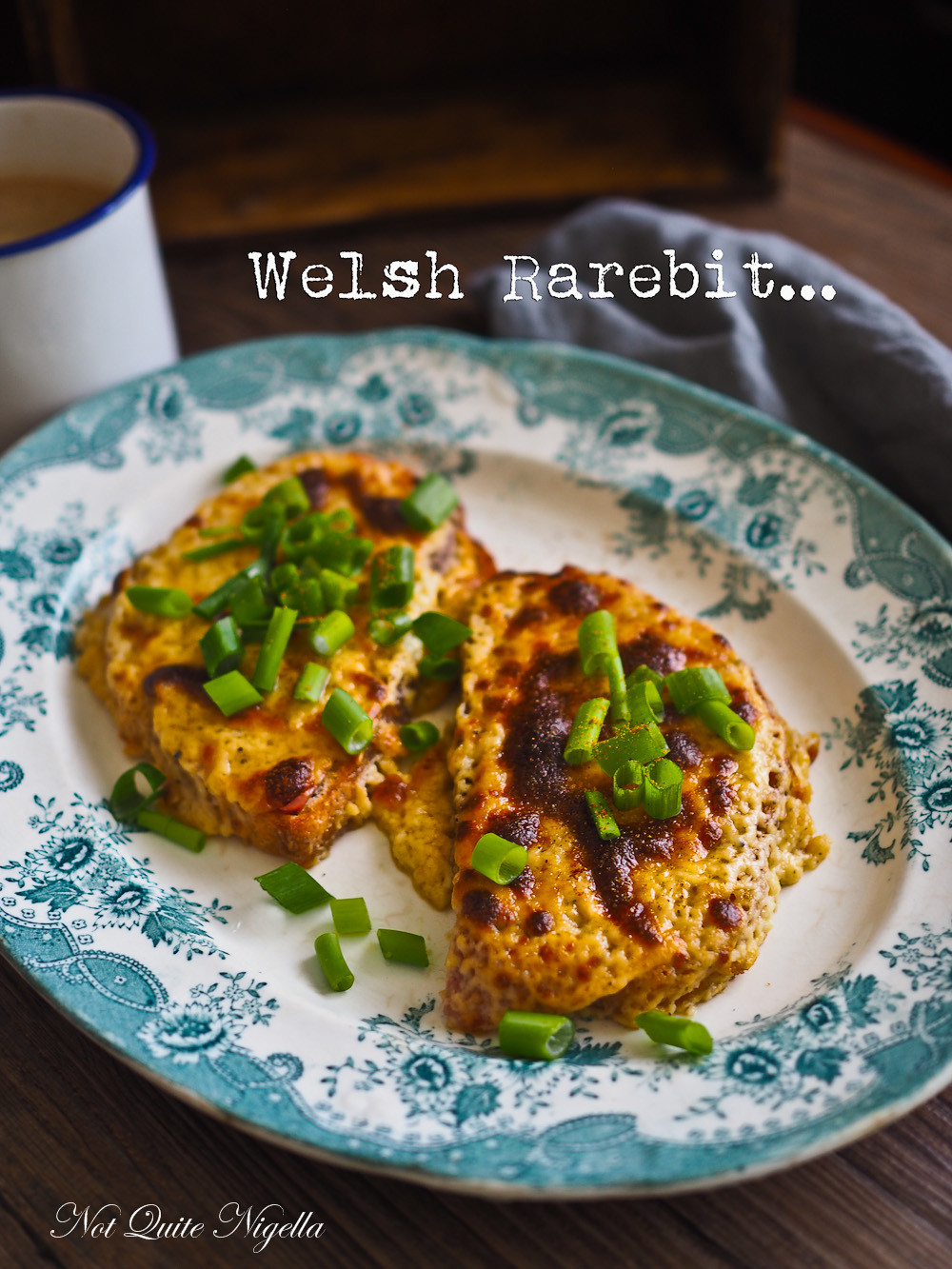 Looking for something a bit different to brighten up a weekend breakfast? This simple to make Welsh Rarebit is a fantastic combination of melted cheddar cheese sauce topped with spring onions and spiked with cayenne. Oh and we added a slice of ham just for kicks!

I sometimes forget how comforting simple things like cheese on toast can be and you don't have to venture out of your house to make this really. The other reason why I like this is many of you may already have the ingredients in your fridge too. Okay maybe not on a Friday (the day before food shopping) but when your fridge is feeling bountiful post-shop. 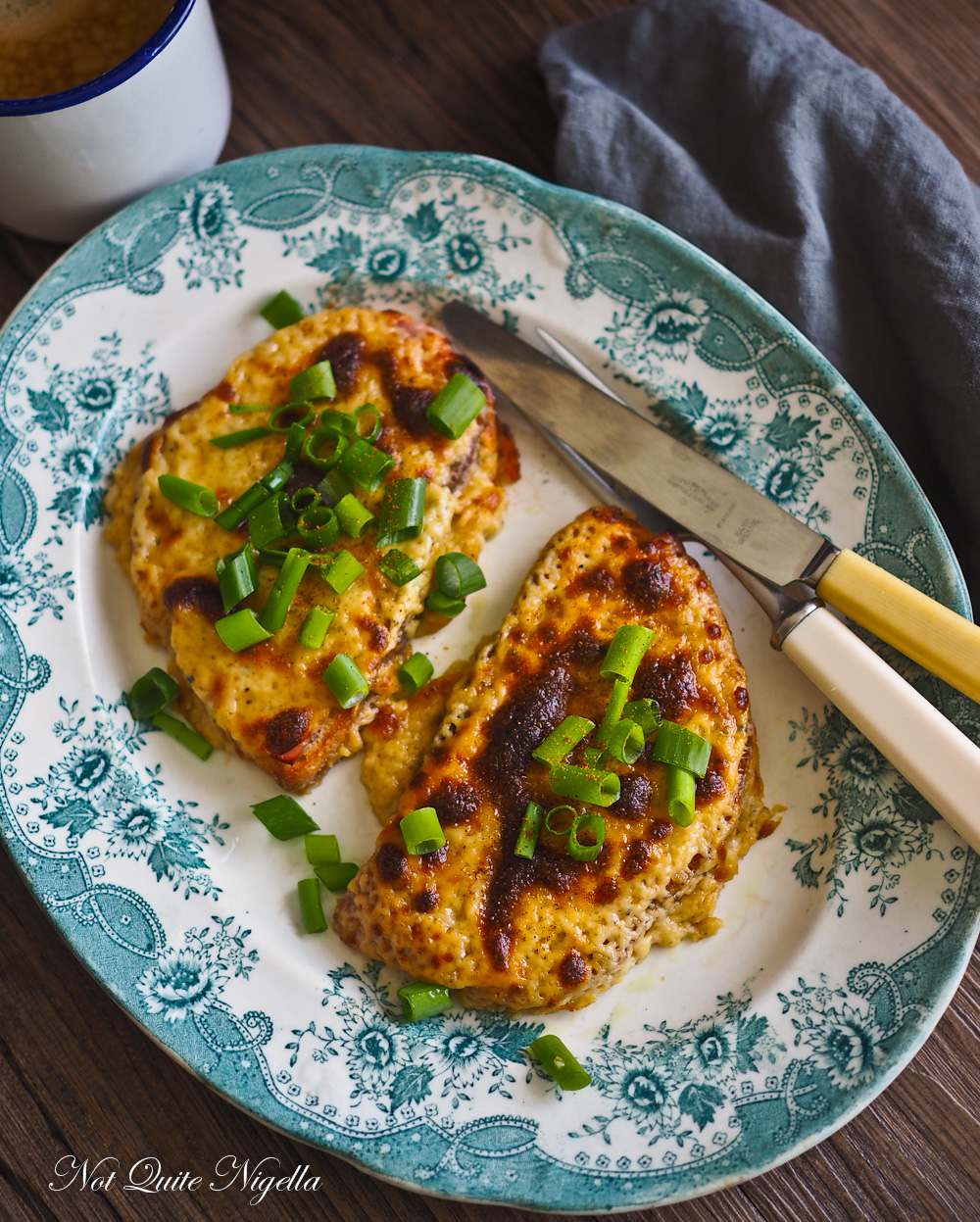 Dear Reader, I have to catch you up with some sad news. As many of you know 2016 has been a wretched year with a lot of people passing away. This week my aunt passed away after a long battle with Parkinson's disease. I know that she is in a better place but still, it was unexpected as she fought the disease for over a decade. This week I also found out that my dear friend from high school Lulu's husband Andrew has leukemia and is in hospital undergoing chemotherapy. This is so hard for such a young family with lovely Lulu looking after their two daughters Audrey and Evie (my goddaughter).

Also this week I learned that my dear friend Miss America had a mini stroke and is in hospital. His brain function wasn't affected-he still has that wonderful dark sense of humour but he has to learn how to walk all over again. He is in great spirits though and is actually more thankful than anything that he is okay. I don't mean to be a downer and all serious but I feel like you know all of these people and that I wanted to let you know about them. And lovelies, keep your loves ones close and give them extra hugs!

So tell me Dear Reader, have you felt the sting of 2016? Have you ever had Welsh Rarebit? 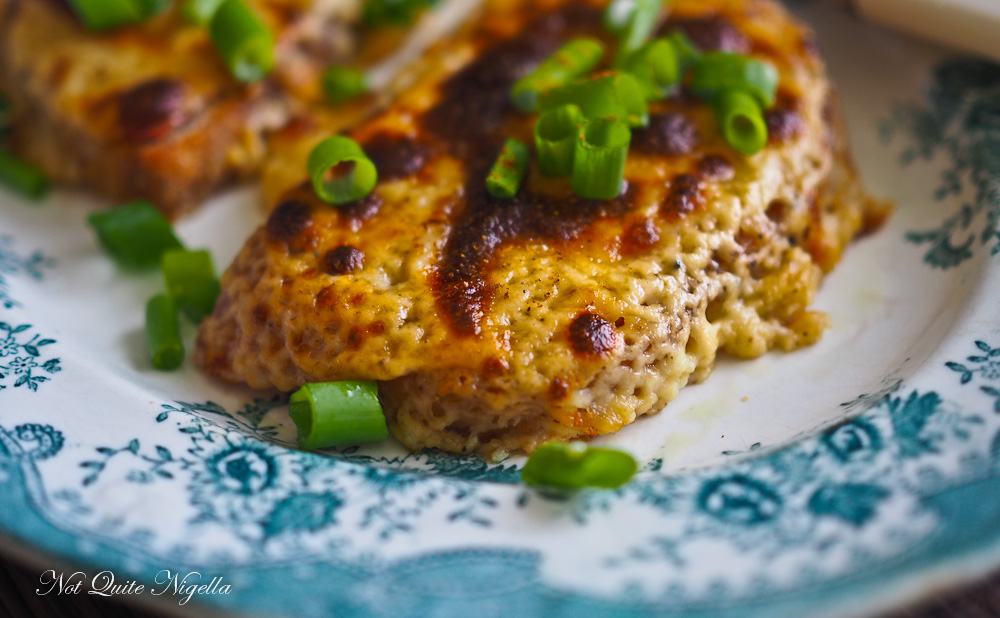 Step 1 - Preheat the grill. Toast the bread until lightly toasted and place ham on top. 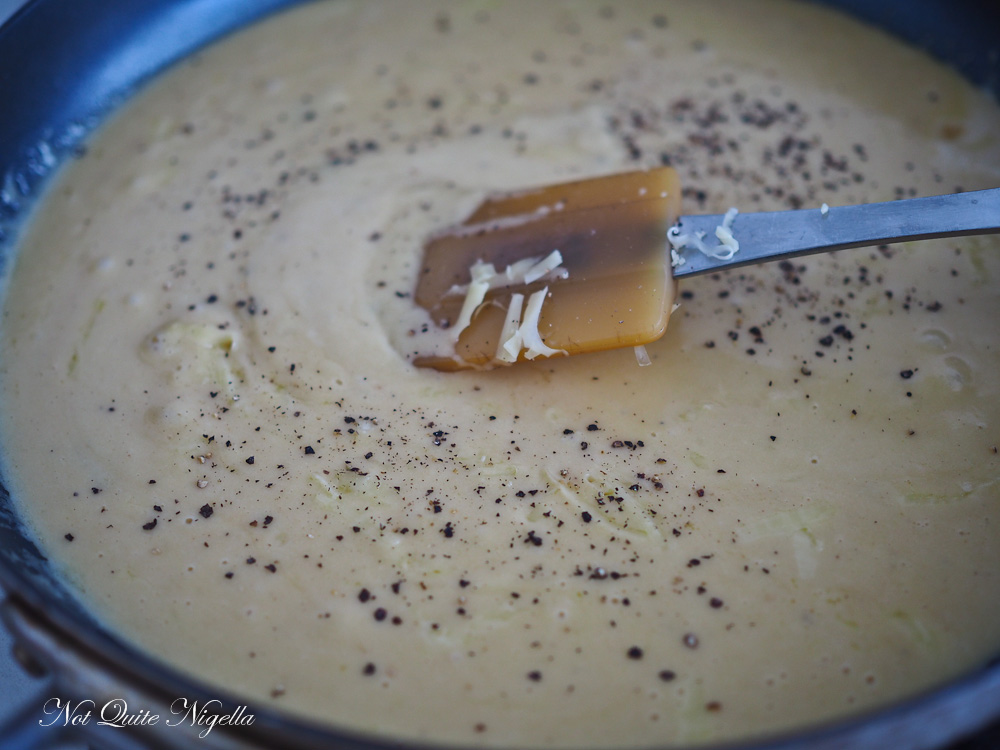 Step 2 - Mix the cheese, beer or milk, Worcestershire sauce, flour and egg together in a non stick pan on low to medium heat until it melts and becomes a sauce. Season with black pepper. 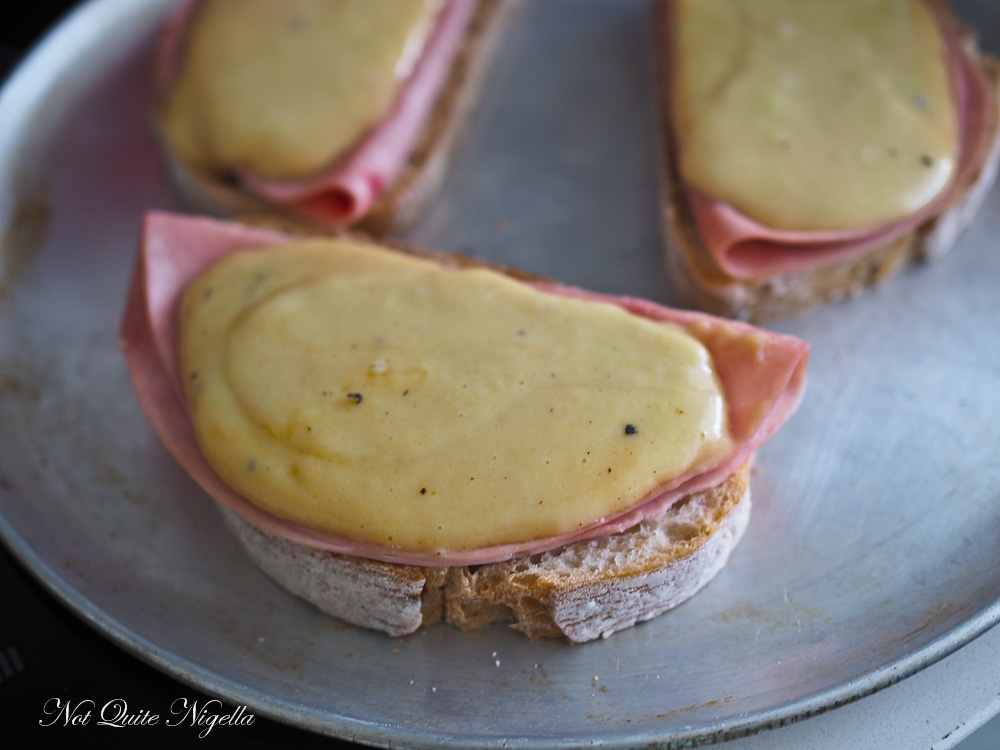 Step 3 - Divide the sauce among the 8 slices of ham topped bread. Grill until browned. Top with spring onions and cayenne pepper and serve immediately.