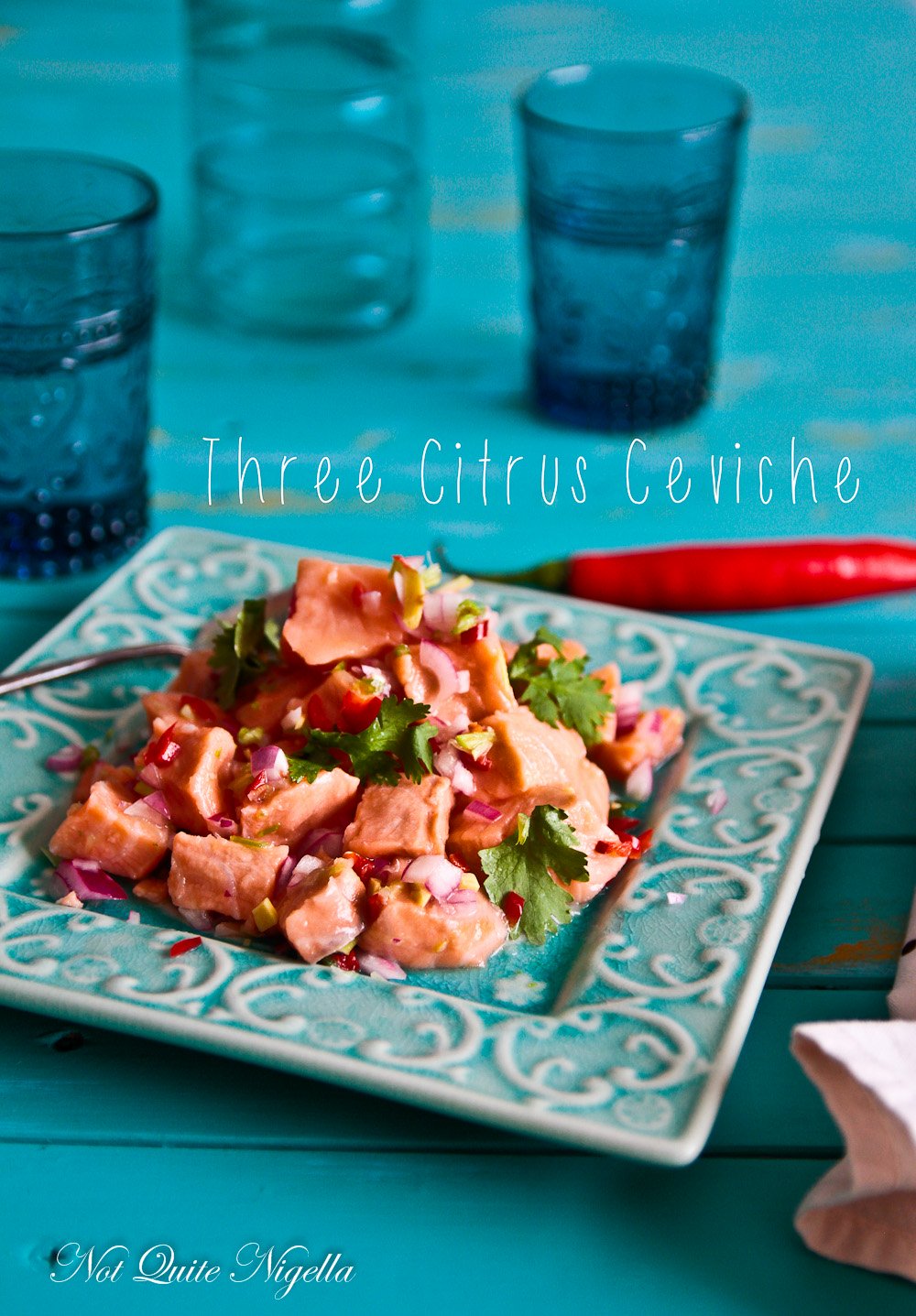 Ever since I did the restaurant design tour with Paul Kelly, I've been thinking a lot about colour and appetite. One thing that he said was that certain colours were better for stimulating the appetite than others. One that wasn't was blue. I looked at my blue table and blue plate and I was wondering if it could work subtly to suppress one's appetite to avoid over eating.

It would probably help if the person weren't a glutton like I am.

I'm still trying to eat healthily as I'm quite liking being able to access my whole wardrobe again. And ceviche is a great dish to serve to anyone who wants flavour but doesn't want a heavy meal. It's just right for our warm weather too. 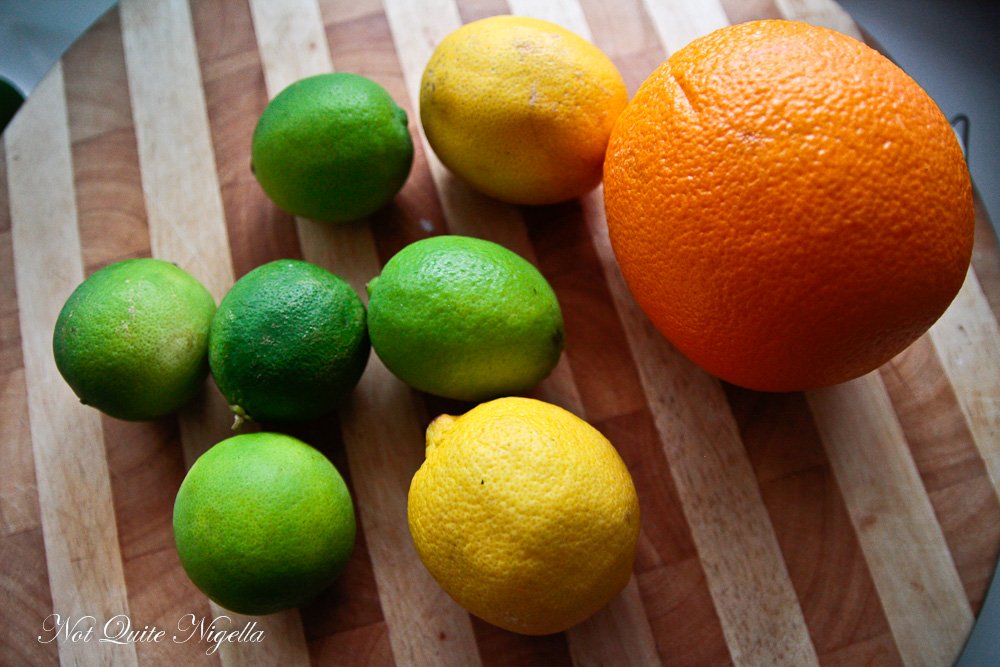 So I dished this up on our blue table on the blue plates hoping that some miracle would occur and I'd pick at it and leave most of it behind. Of course that didn't happen and I finished my whole plate eagerly before going for seconds.

This ceviche is based on a recipe from my friend Ute who served it up one New Year's Eve. Ceviche is a Peruvian and Mexican dish and they take it very seriously. This is perhaps what they might consider a non traditional version because they usually only use lime juice in theirs while I used lemon, lime and orange juice and I also added ginger and sesame too. The acidic citrus juices cook the fish so that it turns opaque yet the fish still remains juicy and never dry. It's a beautifully refreshing dish that no amount of psychological tampering can mess with. Trust me, I've tried ;)

So tell me Dear Reader, what do you think of colour psychology? Would blue put you off food? What colour are your every day plates at home? 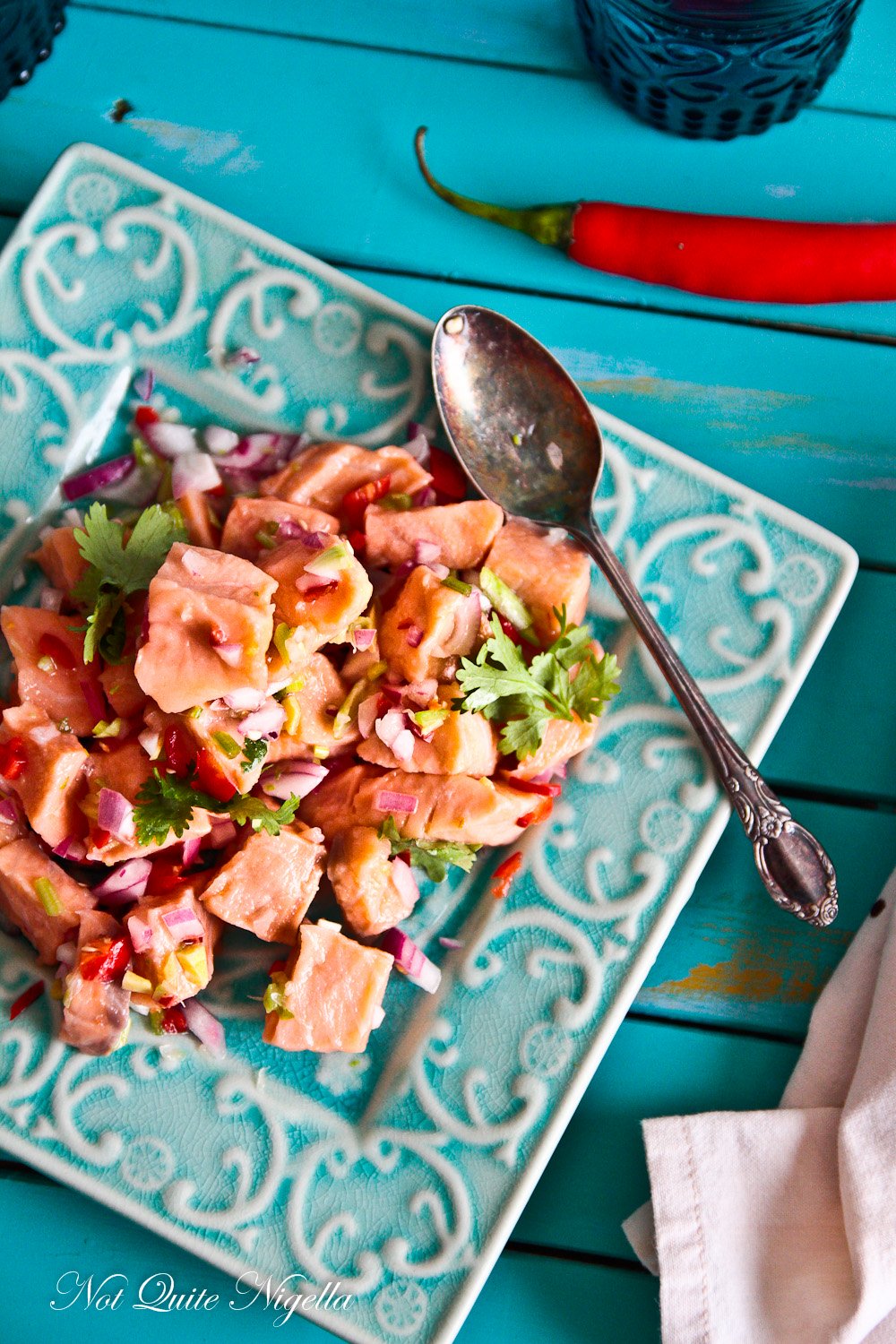 Tip: when trying to extract as much lime juice as possible, roll the whole limes on the kitchen counter putting your body weight into rolling the lime. This helps them to release their juice.

Buyer's Tip: you can often find Japanese pickled ginger in supermarkets in a small plastic packet 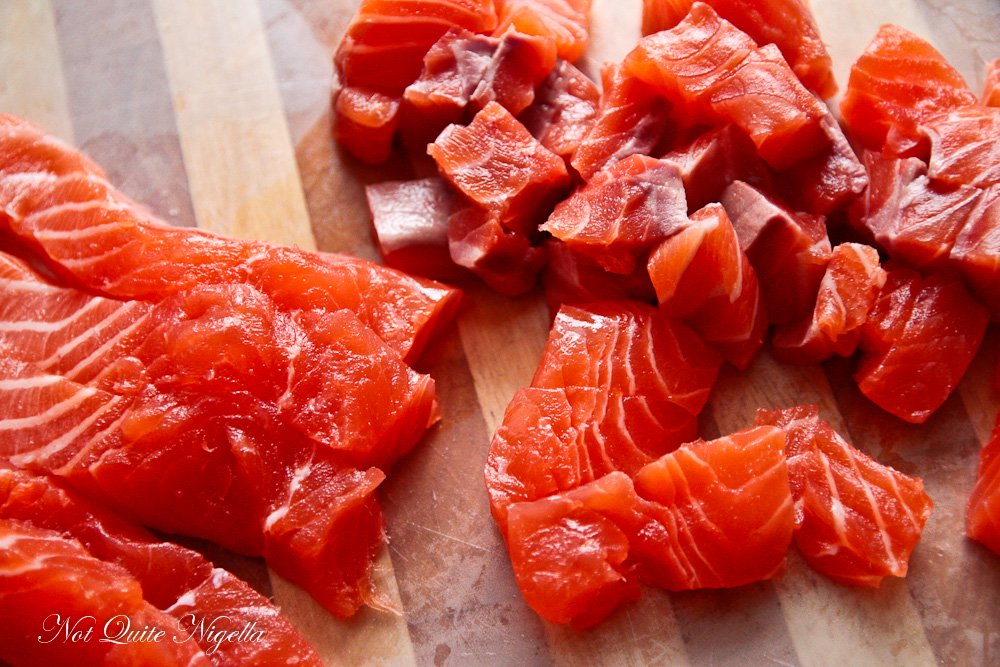 Step 1 - In a glass or ceramic bowl, strain the lime, lemon and orange juice into the bowl - you don't want the fleshy bits of fruit as they will remain after you strain it. Add the diced Spanish onion. Cut up the sashimi into small cubes and mix so that all pieces are coated. Cover with cling wrap and place in the fridge for up to three hours (at least 30 minutes). 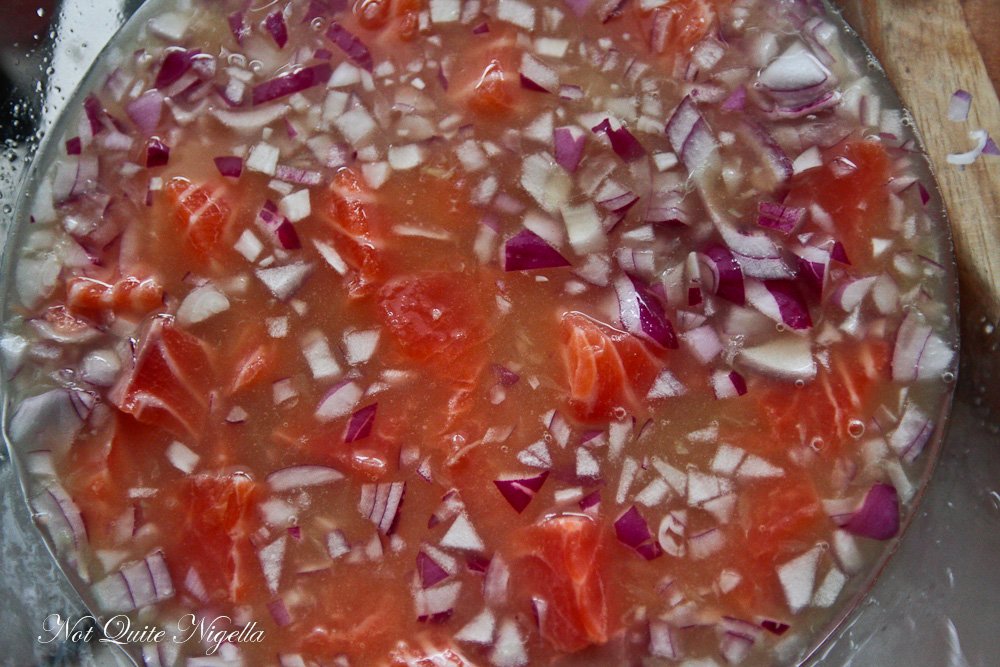 Before the citrus juice cooks it

Step 2 - Drain the ceviche of the juice. The onion will remain and place in a large bowl. Wash the coriander roots well and chop finely and add to the ceviche along with a small amount of leaves. Add the pickled ginger, chilli, sesame oil and season with salt to taste. 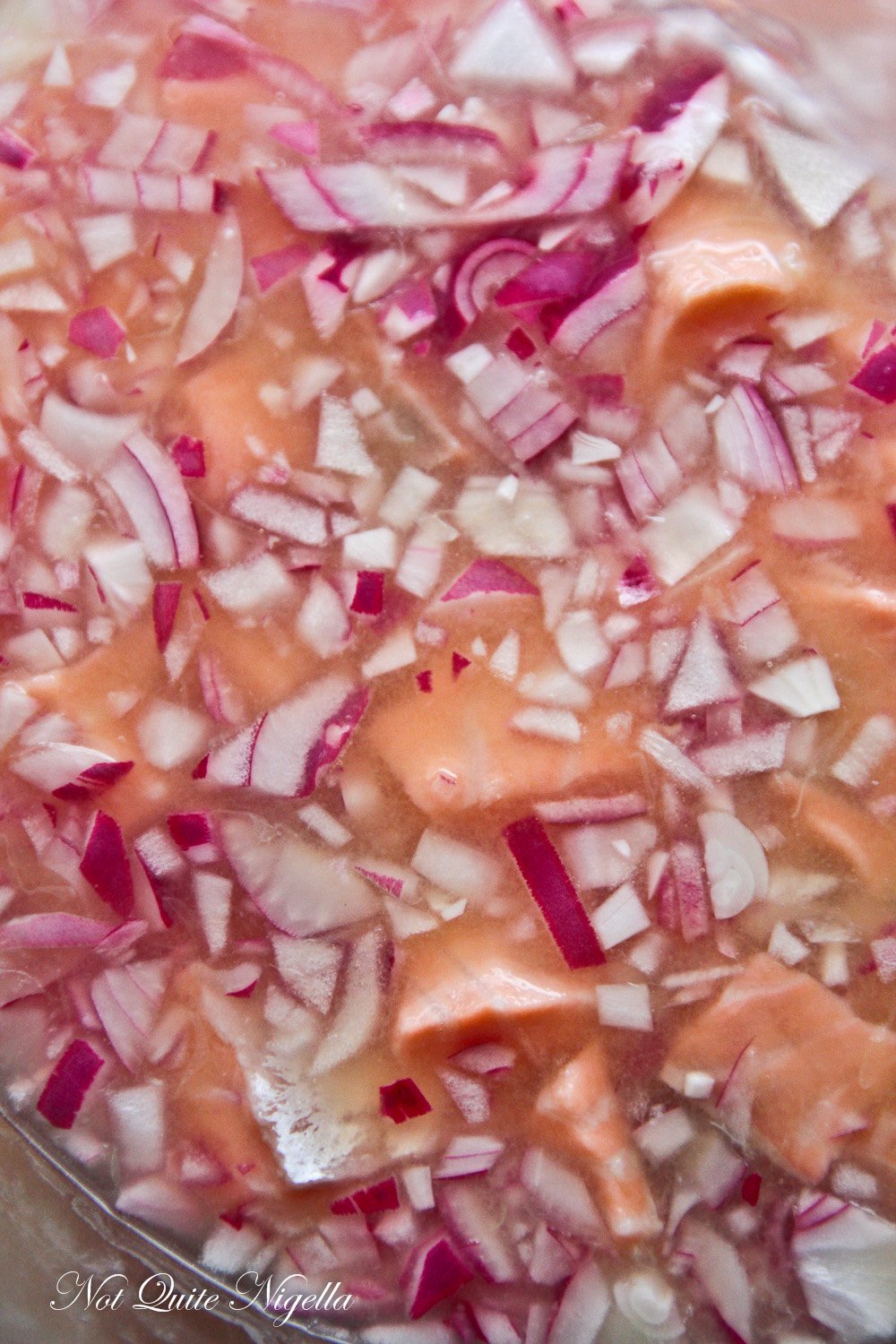 After the citrus cooks it, the fish turns opaque