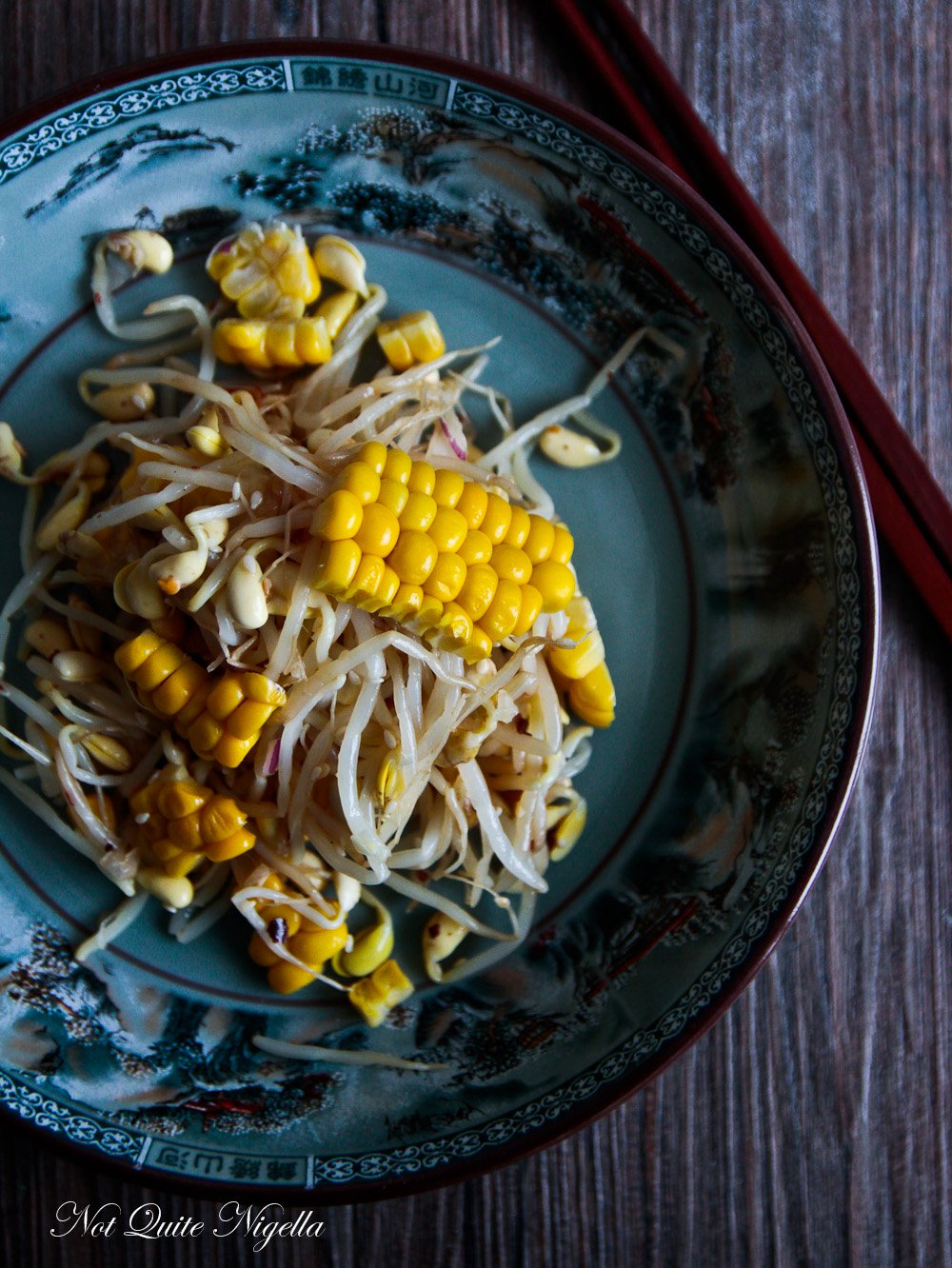 Good morning! I was just thinking hasn't this year just flown by? It's time for another month of In My Kitchen, the series by my friend Celia where we show you what is in our kitchens. 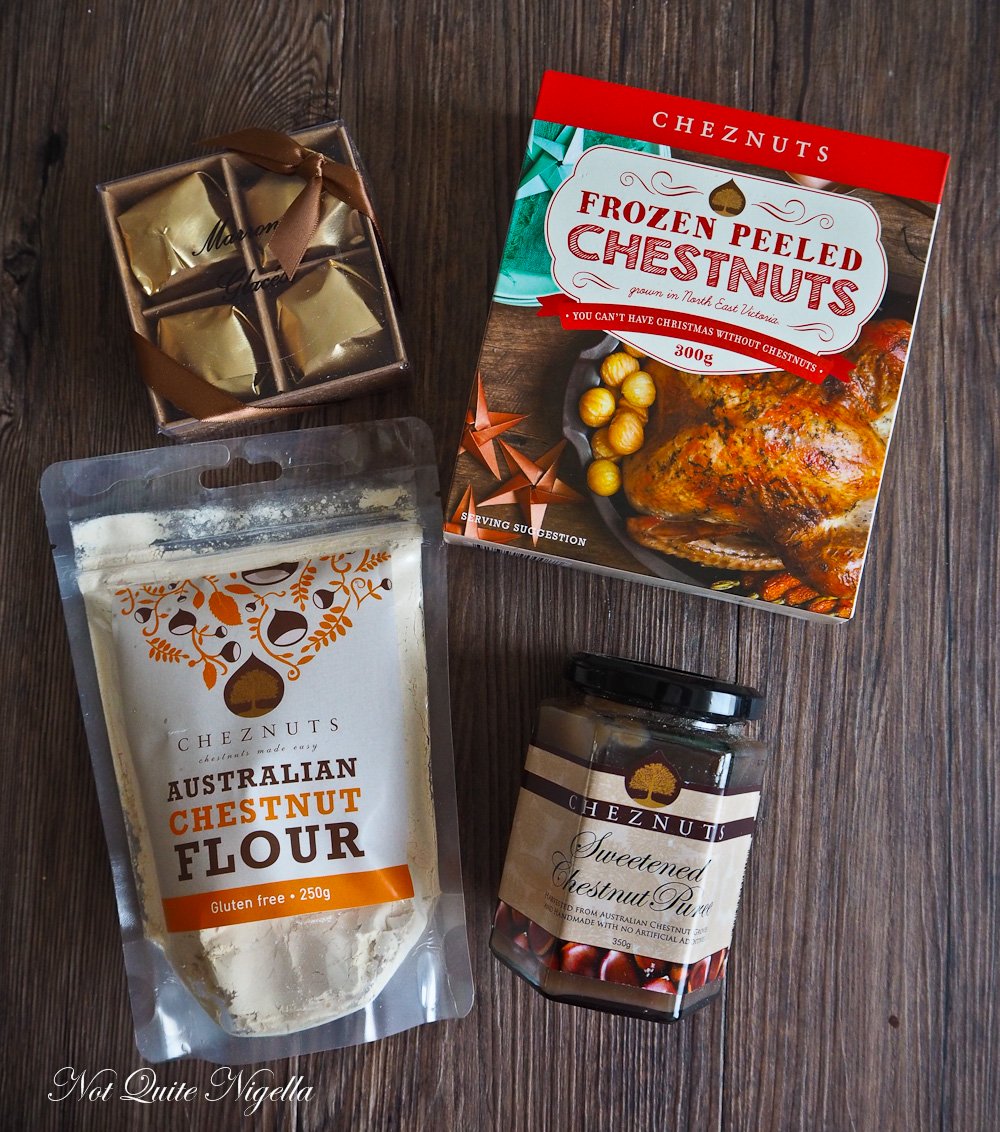 Well the first thing in my kitchen was something sent to me. It is a range of chestnut products from frozen chestnuts, marron glaces, chestnut flour (for these brownies by Celia!) and one of my favourite things to eat by the spoonful-sweetened chestnut puree. The peeled chestnuts are available in the freezer section at delis and markets and are great for any Christmas sort of dishes. Oops, did I just mention the C word? Too early? ;) 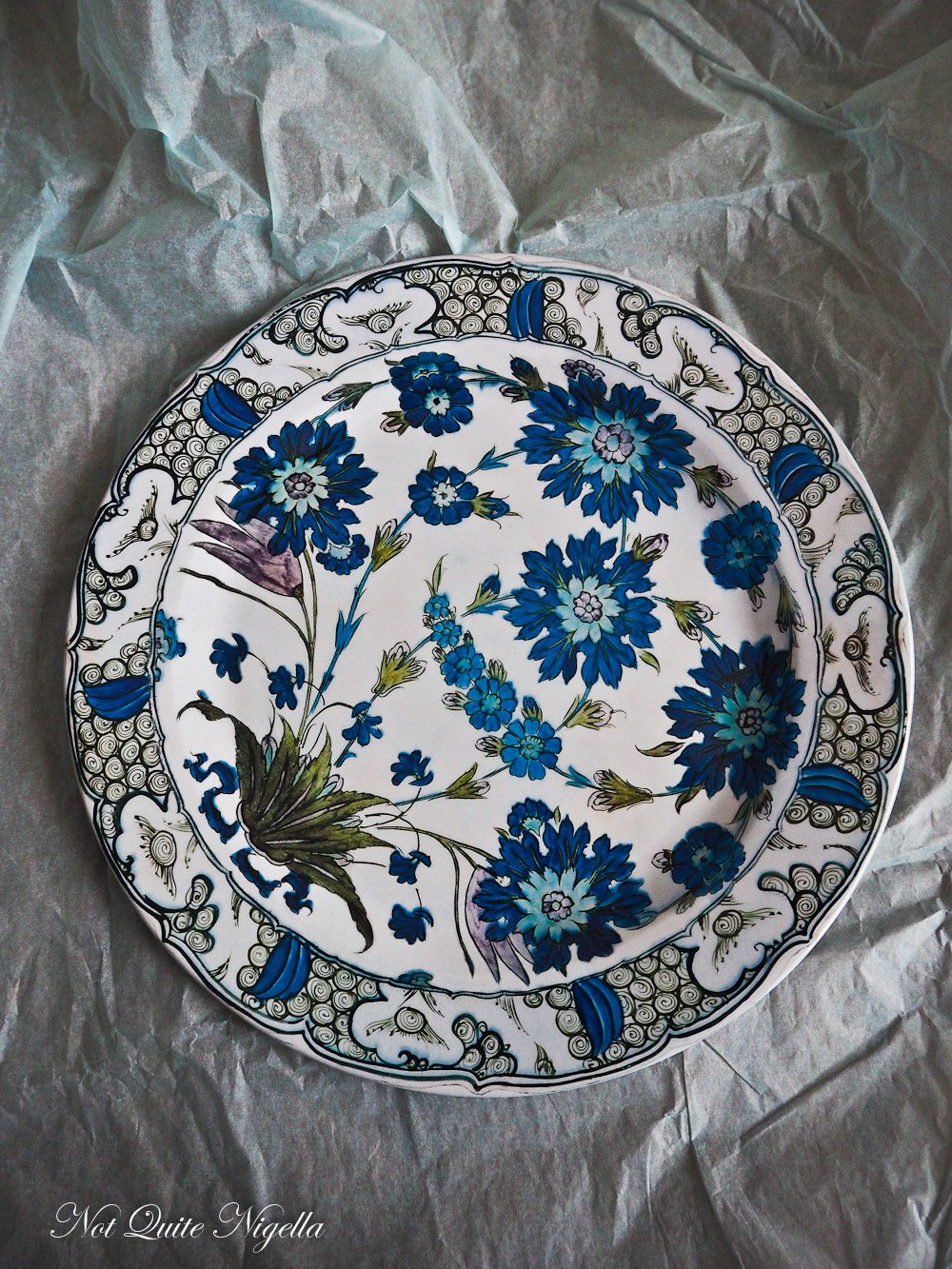 My second item is this new plate. I'm not sure why I liked this pattern so much but I loved both the colour and the pattern. It's also rather photogenic, especially when topped with food and it's practical too as it is made out of tin. 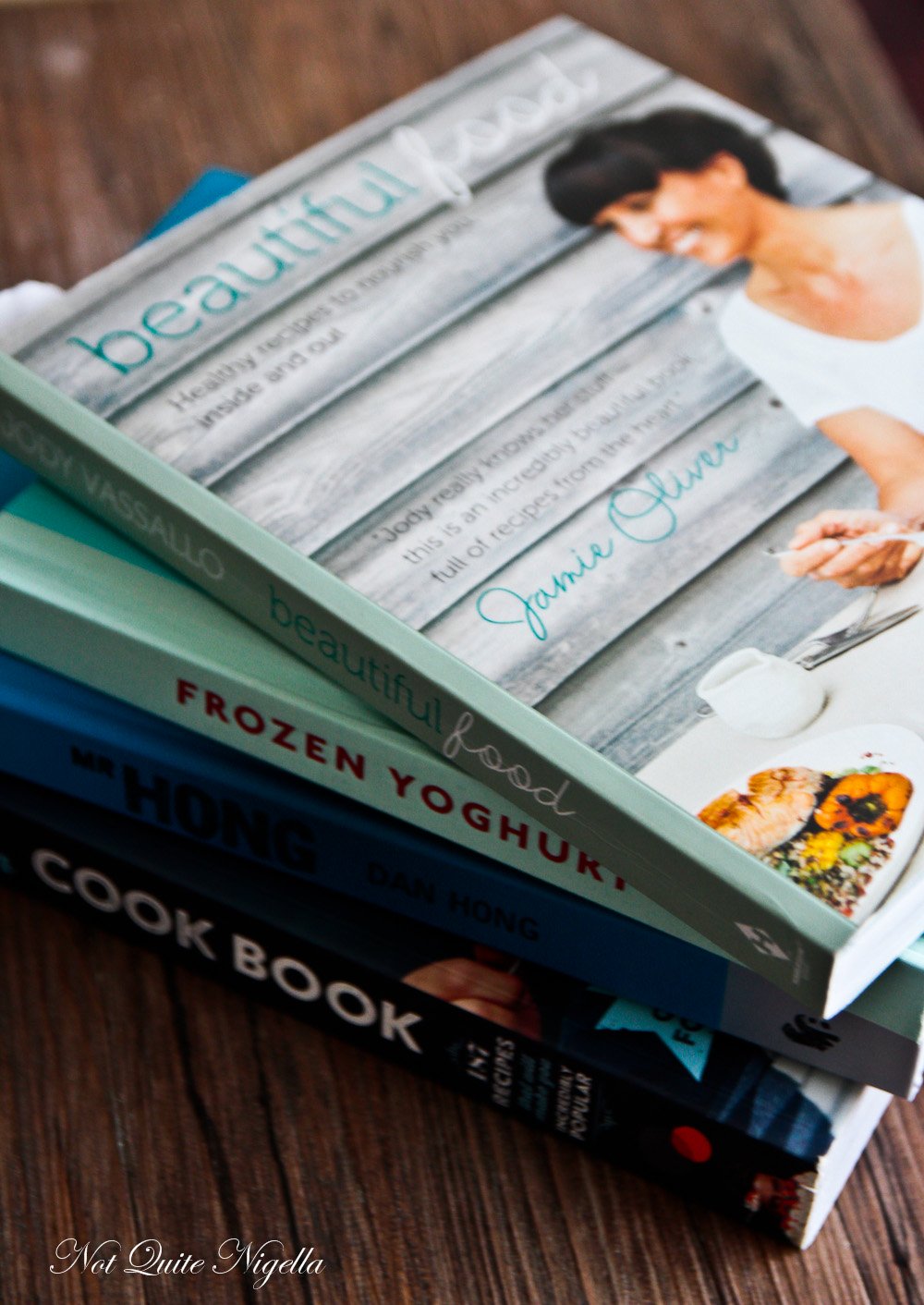 Also in my kitchen are a whole lot of books sent for review. I stopped reviewing cookbooks for a while because I was quite honestly disappointed in a lot of them. A lot of them didn't seem to have tested anything and I felt like it was a waste of time. I was put back on track by the books Beautiful Food by Jody Vassallo where I made a black sesame chocolate cake and the Frozen Yogurt book by Constance and Mathilde Lorenzi. I haven't cracked open the other two yet. 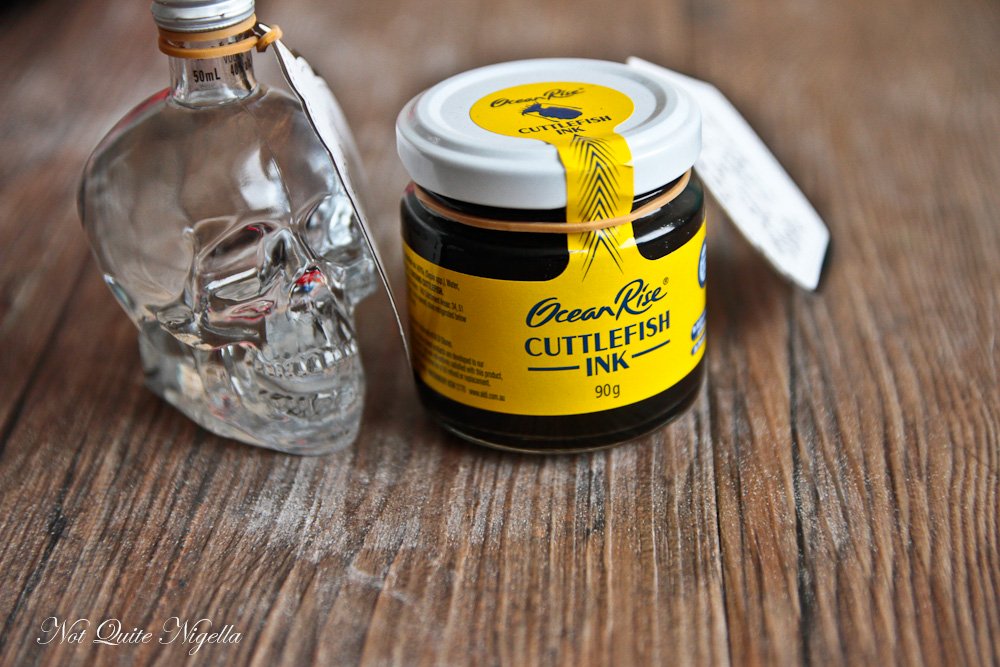 The next gift was from Rebecca at my Halloween party. Not only did she and her husband Big J travel from Canberra to come along but she also brought me a skull shaped vodka that she dubbed "Tears of terror" as well as squid ink which I absolutely love! 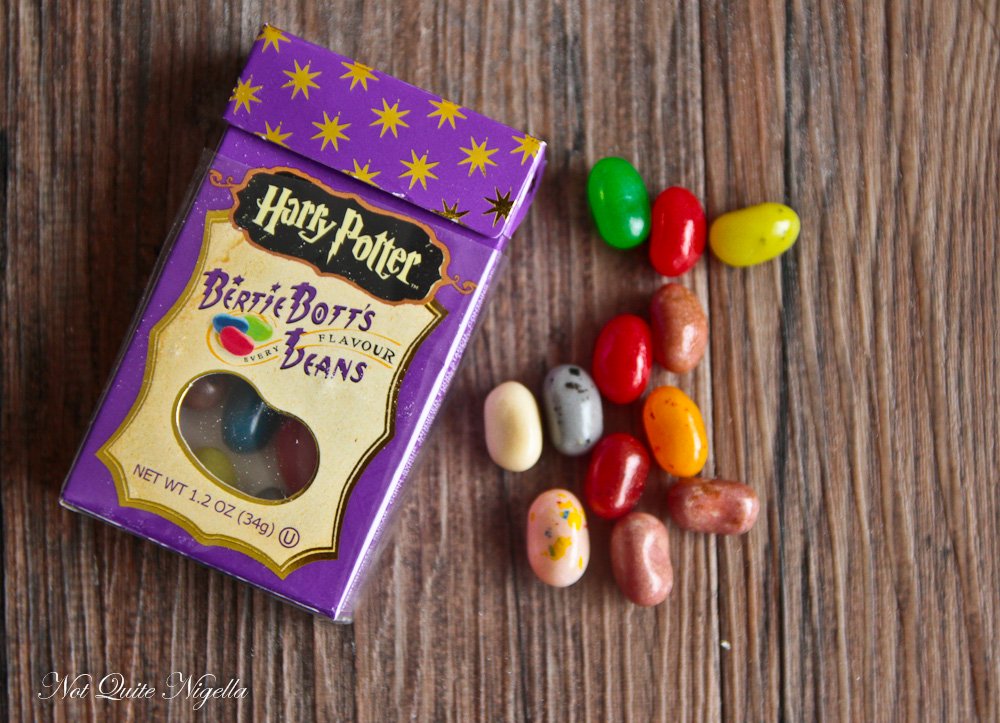 There is also a little gift from Belinda who found these at a candy store. Remember the time I made some really dubious Harry Potter Bertie Botts' jelly beans? These are the real thing! Well as real as it can get of course ;) Complete with flavours like booger, earthworm, earwax, rotten egg and vomit no less! Disconcertingly, they do taste quite like they're supposed to... 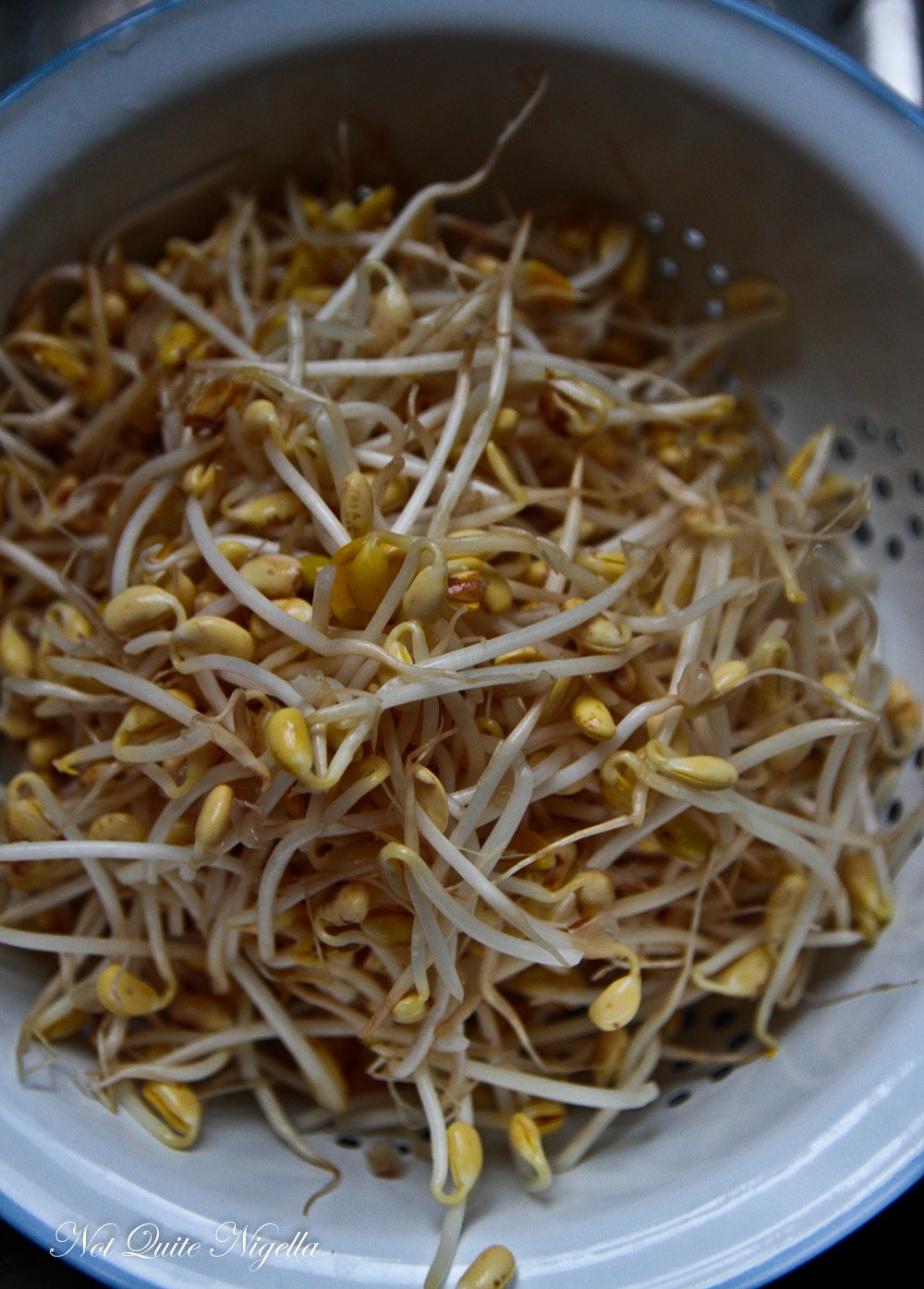 I also have these big head bean sprouts. Usually the smaller head bean sprouts are more common but I found these at the markets. The larger head version is said to be more nutritious and they retain a firmness longer than other ones. One of my favourite things when I eat Korean food is the banchan or the tasty side dishes. Sometimes you can receive up to a dozen of these. My favourite is the bean sprouts dressed with sesame and I decided to recreate it at home. The only difference with mine was the addition of fresh kernels of sweetcorn. I loved the way that it added texture to it although if you are strictly purist, you can just make this without them and they're still delicious. Better still, they're low in fat and easy to cook!

So tell me Dear Reader, do you think this year has gone really, really quickly? And is it too early to start thinking of Christmas? 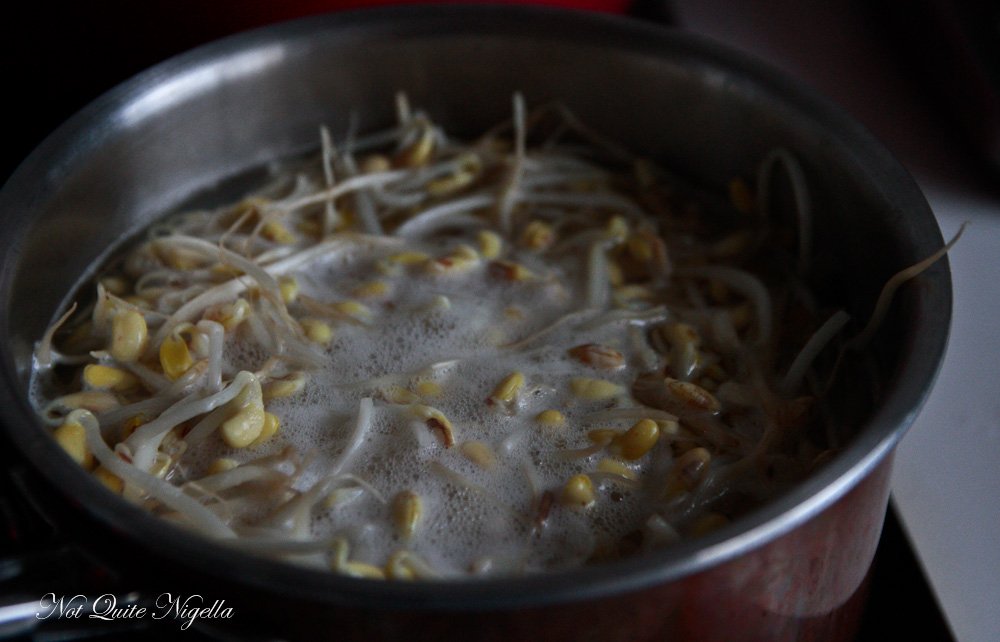 Step 1 - Put a pot of water onto boil and when it has reached temperature, simmer the bean sprouts for 5-6 minutes if you are using the bean sprouts with the larger heads or 2-3 minutes with the smaller head ones. Drain and rinse under cold water.

Step 2 - Squeeze the bean sprouts so that the excess water is removed. Place in a large bowl along with the corn if you are adding it and then add the salt, garlic, onion, red pepper flakes, sesame seeds and sesame oil. Mix well to combine and taste for seasoning and add more salt or red pepper flakes as necessary.