Back To Basics: The Best Way To Cook Corn On The Cob {With Video!} 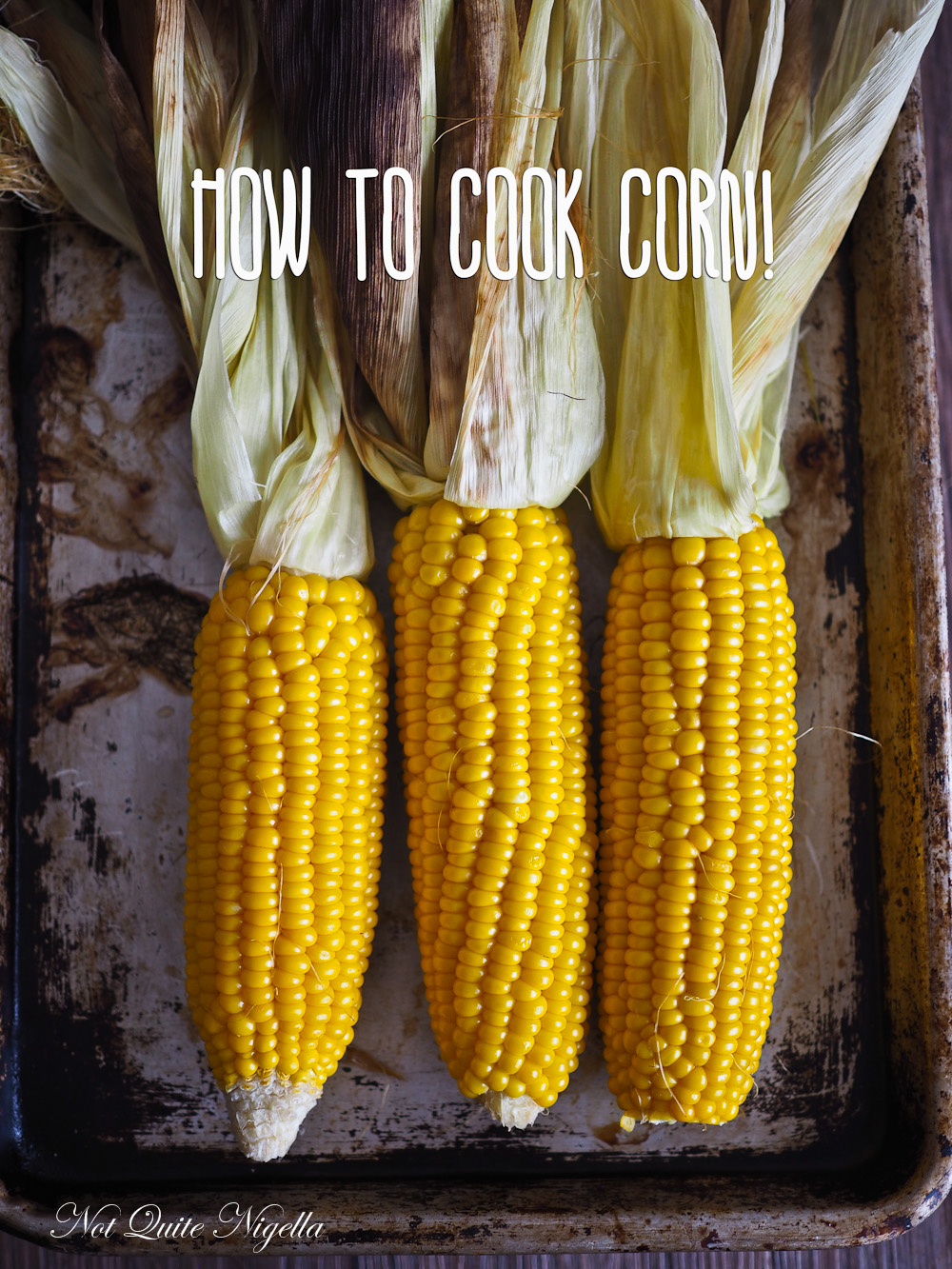 I stumbled upon this way of cooking corn a couple of years ago and ever since then I haven't made corn any other way. Cooking it this way seals in all of the sweet goodness of the corn so that it is wonderfully juicy and sweet and all you need is a sprinkle of salt. Want to see how it's done?

Usually corn needs butter and salt and about 10 minutes boiling but this way uses the grill and makes use of the corn husks. Because we only make corn this way, I only buy corn when I can find it wrapped up in husks. Fortunately more and more supermarkets are selling it like this. In Australia corn is usually sold in four packs, the front husks removed and the corn trimmed on each end. But if you eat it this way the silks are hard to remove and if you boil it the goodness goes into the water or if you grill it, it dries out and the corn isn't as juicy. And I apologise if I am telling you something you already know but when I showed this on my snapchat account so many people asked me about it that I thought that it might be interesting.

Using the corn husks as protection seals in all of the flavours. When we first did it, it was with a group of friends. They were so impressed they declared that they weren't going to make corn any other way from then on. I don't know if they ended up sticking to that but I did. Because as much as I love butter, sometimes you want things simple: corn and salt and that's all you need for this recipe. I dare you to try it this way too.

How to Cook Corn

Speaking of trying new things, this week I went to a pottery class with Nina. She has been trying to entice me to do all sorts of classes (leatherwork, jewellery making) but pottery piqued my interest. I had actually asked Mr NQN for pottery lessons for Christmas as I wanted to make some plates but it sort of fell to the wayside. So this past Tuesday night we arrived at the studio to do the very beginners class involving clay throwing.

I had vast dreams, specifically of making plates that I could use in styling. Little did I know that making plates is an advanced skill. And little did I also know that I am really bad at pottery. I thought that because I work with fondant cakes a lot that that might have helped.

Nope. Not a bit. Not even a tiny bit.

I think I was the worst in the class. Nina breezed ahead making lovely thin edged bowls while the teacher told me that "your baby is dead," (perhaps a language barrier thing or I think he was being funny). I had to start again and I was behind everyone. "I don't even want to collect my bowl or baby," I whispered to Nina as we were leaving. I usually have this thing where I have the urge to complete things but I did the sums and realised that two bowls would cost me $150 to make and that they would perhaps be the two most expensive bowls that I would make. I'm still tossing up whether I should go back or not.

In the meantime, can I offer you Dear Reader, a much easier skill? Making awesome grilled corn on the cob? Also you won't end up with clay all over you!

So tell me Dear Reader, how do you cook corn? Do you ever see it sold with the husks and silks? Are you good at pottery? And would you go back and complete the bowls?

Best Grilled Corn on the Cob 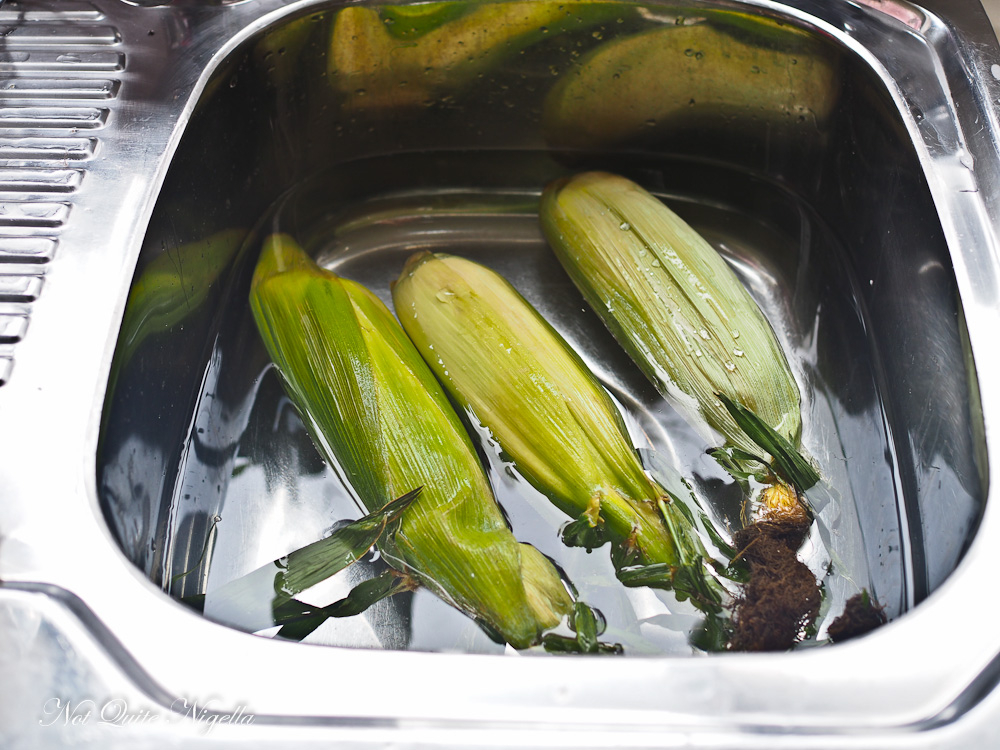 Step 1 - Soak corn in a bowlful or sinkful of cold water for 30 minutes. 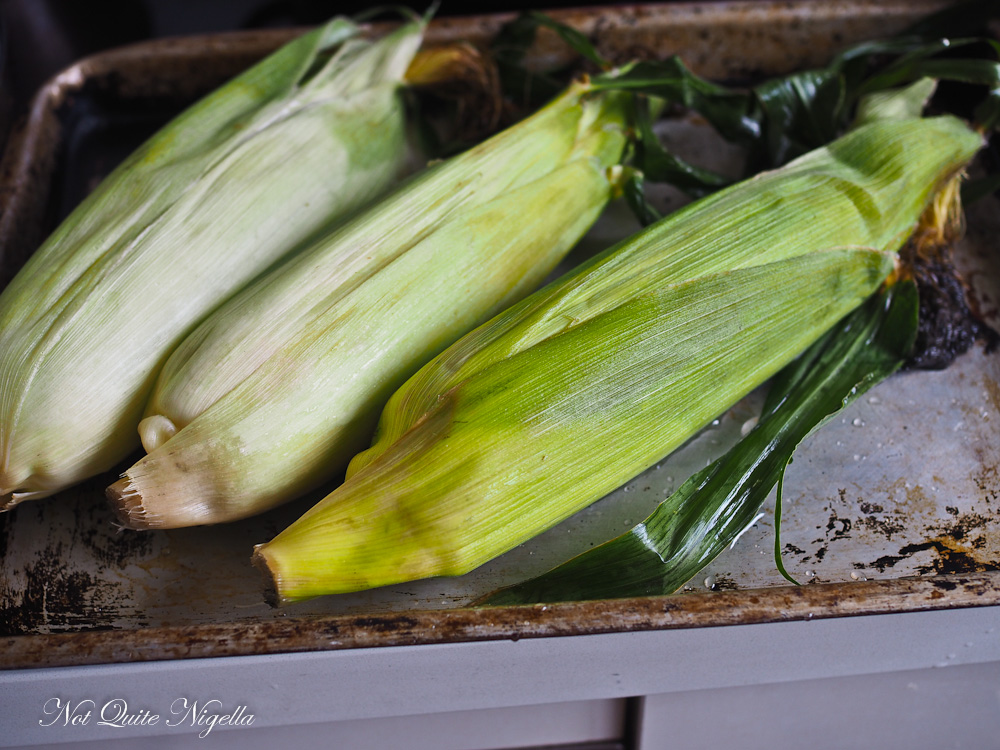 Step 2 - Heat the grill up to very high (220C/440F). Once it has reached temperature take the corn and place it on a baking tray and grill until the husks are blackened. My grill is very slow so it took about 25 minutes but if you have a really hot barbecue it won't take as long. The corn should smell sweet too when it is ready. 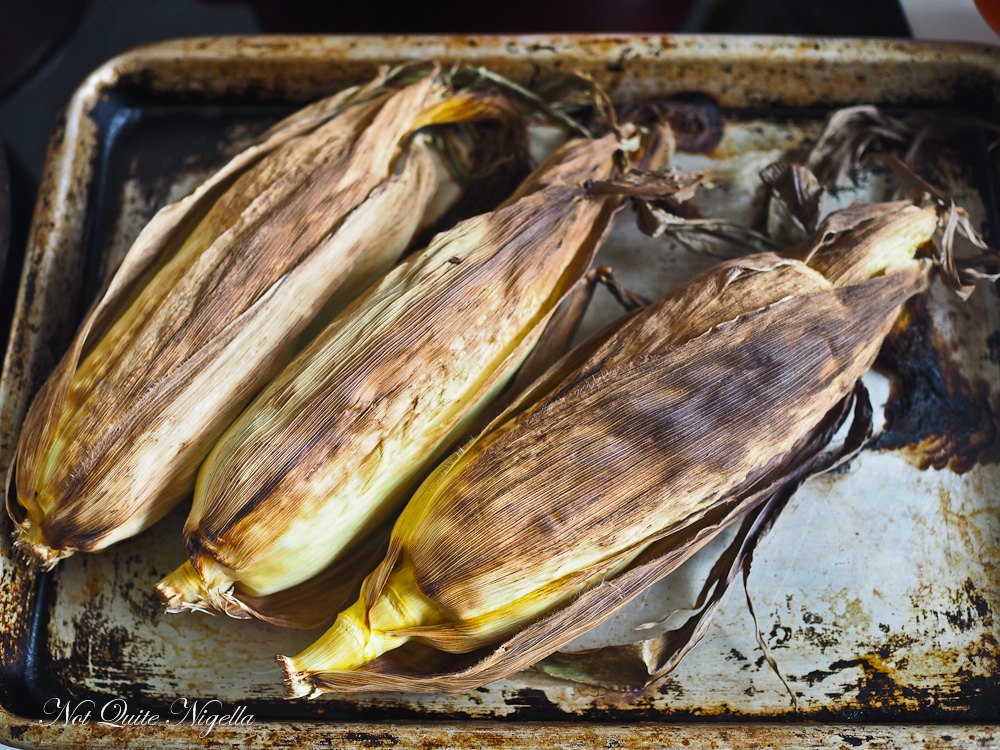 Step 3 - Allow to cool for 10 minutes. You can then easily peel off the husks and the silk will be easy to remove as it will clump together. Twist off the end. Alternatively, you can cut the base and the husks and silks will slip off easily. 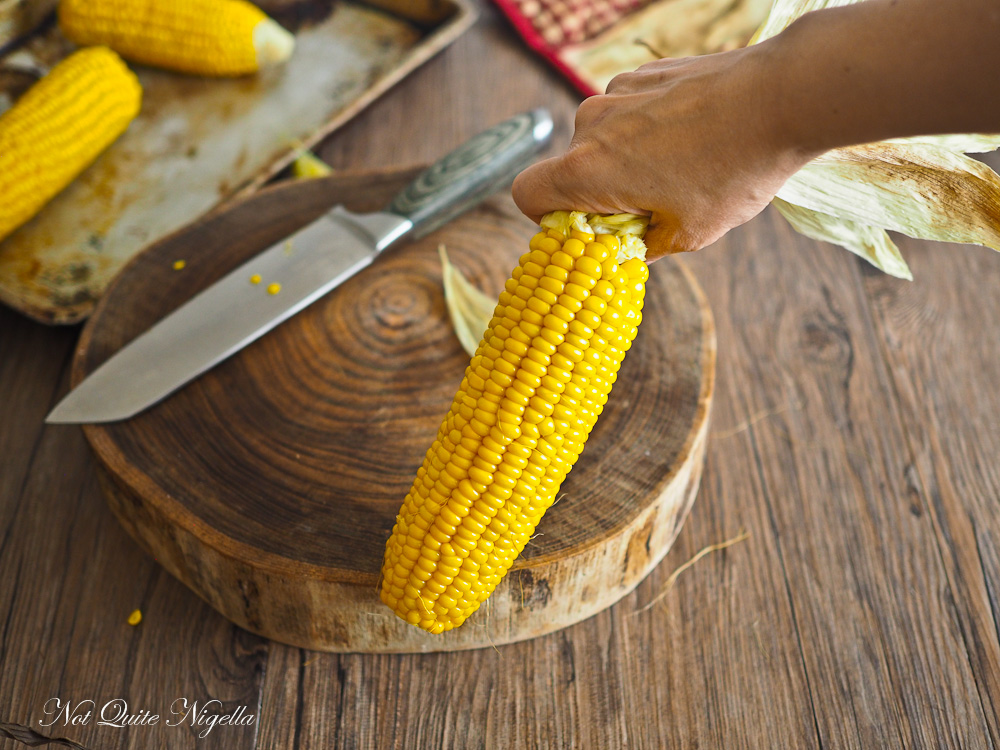