Curry In A Flurry: Butter Cauliflower 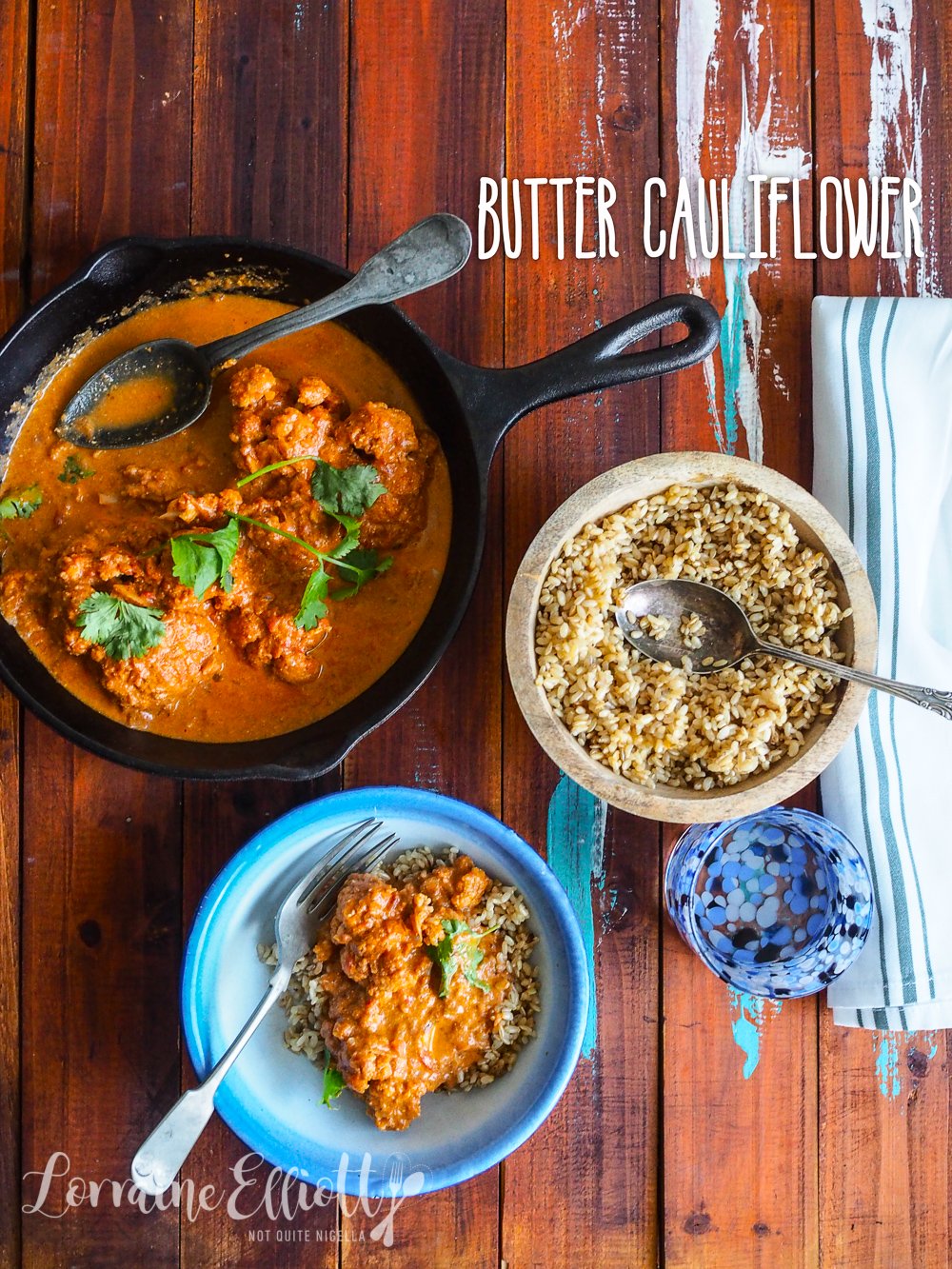 Love the flavour of butter chicken but want a lighter alternative? Try butter cauliflower, a richly flavoured curry made with a whole cauliflower! Eating your vegetables has never been so tasty!

This butter cauliflower came from one of those cursed days in the kitchen. I had set aside the whole day to film some rather complicated dumplings. Mr NQN had taken Mochi into work so I would have no distractions. It was a dreary day - rain fell relentlessly but it seemed like it would be good weather to make dumplings. I was about to start at 11am when a message popped up from Mr NQN. He was sick and could I pick him and Mochi up from work? 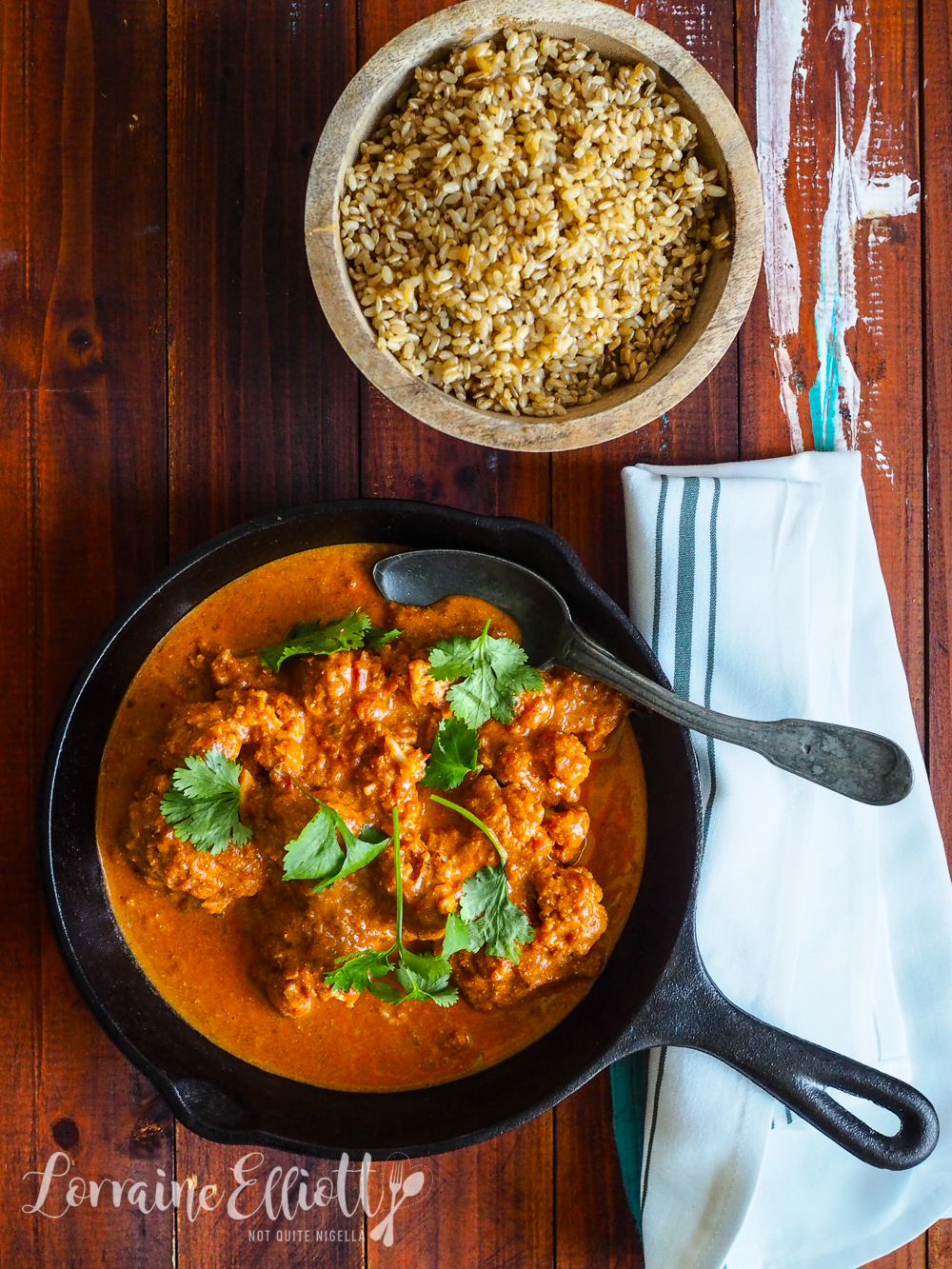 I picked him up an hour later and by the time we all got back and settled and had lunch it was 1pm and any sunlight was shrouded by grey clouds. I soldiered on and set up the camera and tripod. And then proceeded to make one of the worst dumplings I had ever made. Seriously, they were not good at all. I was covered in sticky dumpling dough and the camera was covered too and I was miserable, tired and floury.

Worse still we didn't have anything to eat for dinner as I was planning on serving these dumplings. Enter this butter cauliflower. It took very little time to come together. I sort of adlibbed and based it on a butter chicken recipe playing with amounts and measures just because I was in one of those devil may care moods. The cauliflower cooked in no time and before long I had a spicy, creamy delicious dish ready in my formerly floury hands. I chucked all of the sticky dough into the bin, scraped off the table of the dried dough and sat down to eat this, normalcy finally restored.

So tell me Dear Reader, have you ever made something that was inedible that you had to throw away in its entirety? 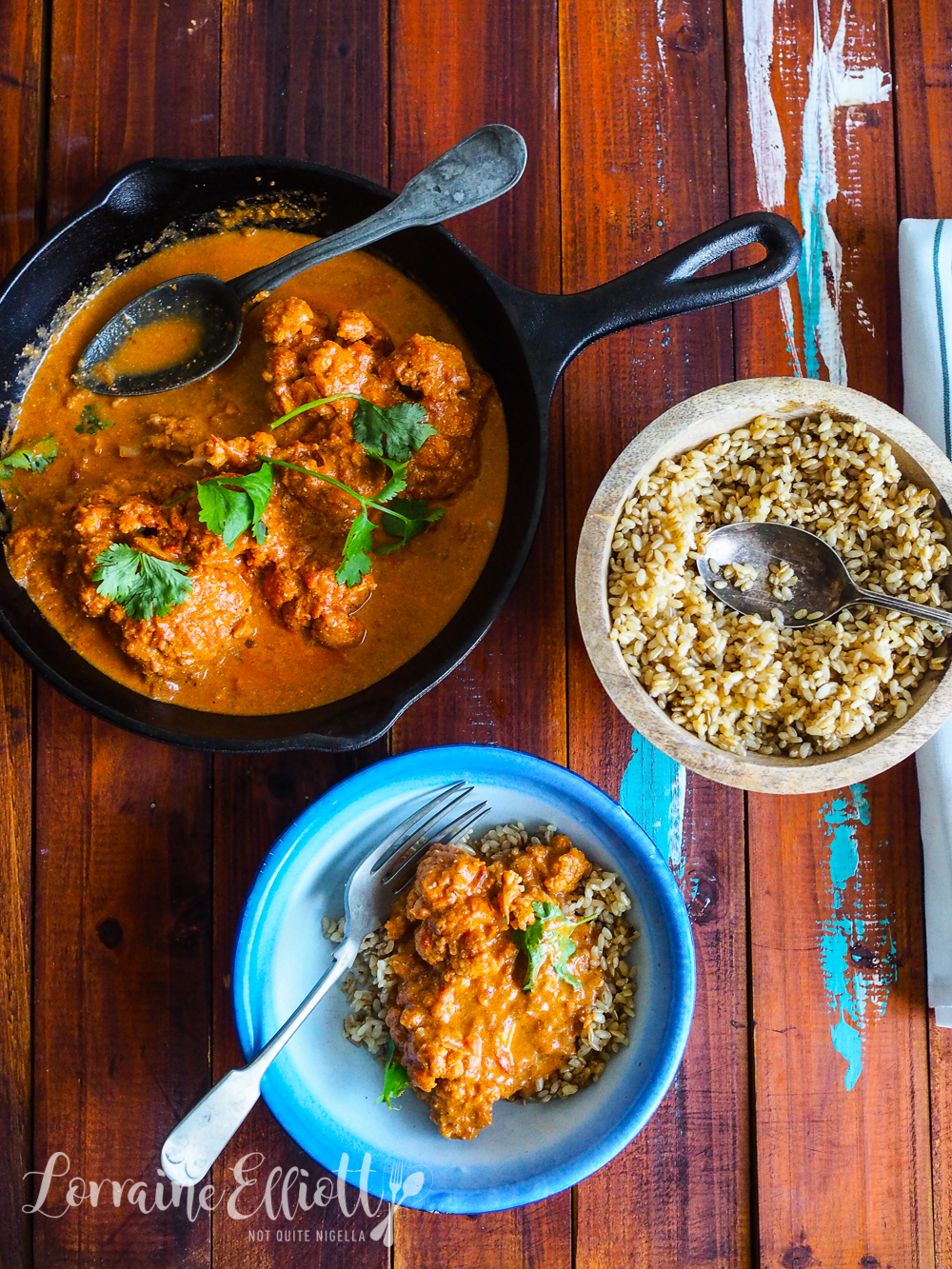 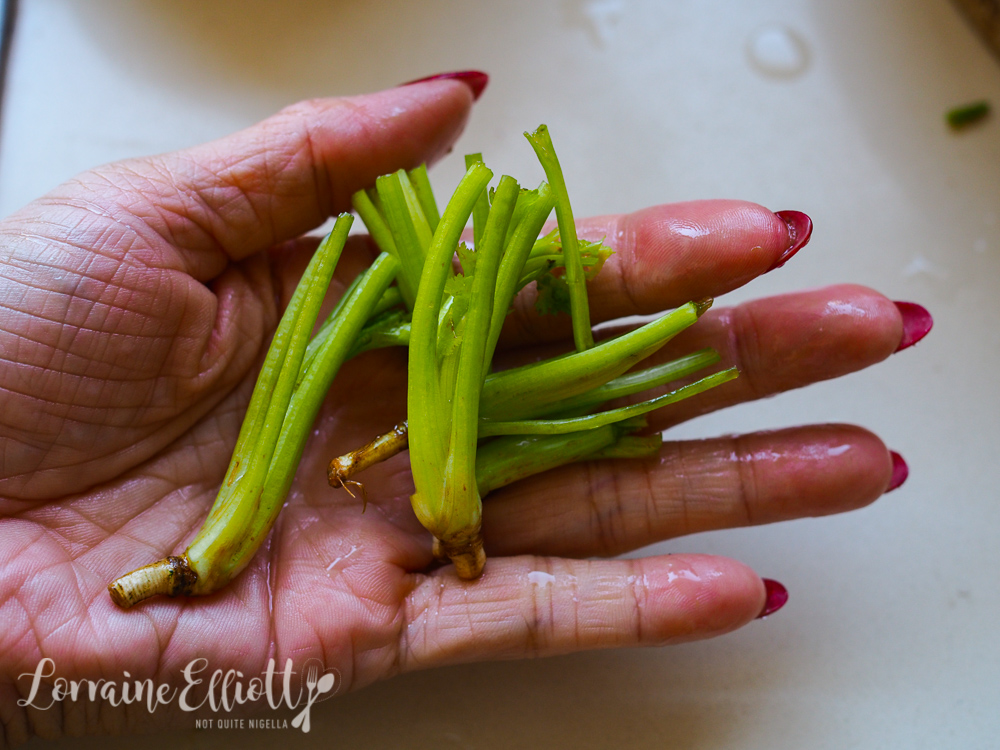 Coriander roots (putting these up because sometimes they don't sell the roots with coriander in some countries, just use the stems in that case)

Step 1 - Heat 2 tablespoons of ghee, butter or oil in a large pot on medium to high heat. Add the onion, coriander roots, garlic and ginger into the pot and saute for a few minutes until soft. Add the spices (garam masala, coriander seed, cumin and cinnamon) and fry for a couple of minutes until fragrant. Add the tomatoes and tomato paste and cook for 10-15 minutes until tomatoes have reduced a bit. 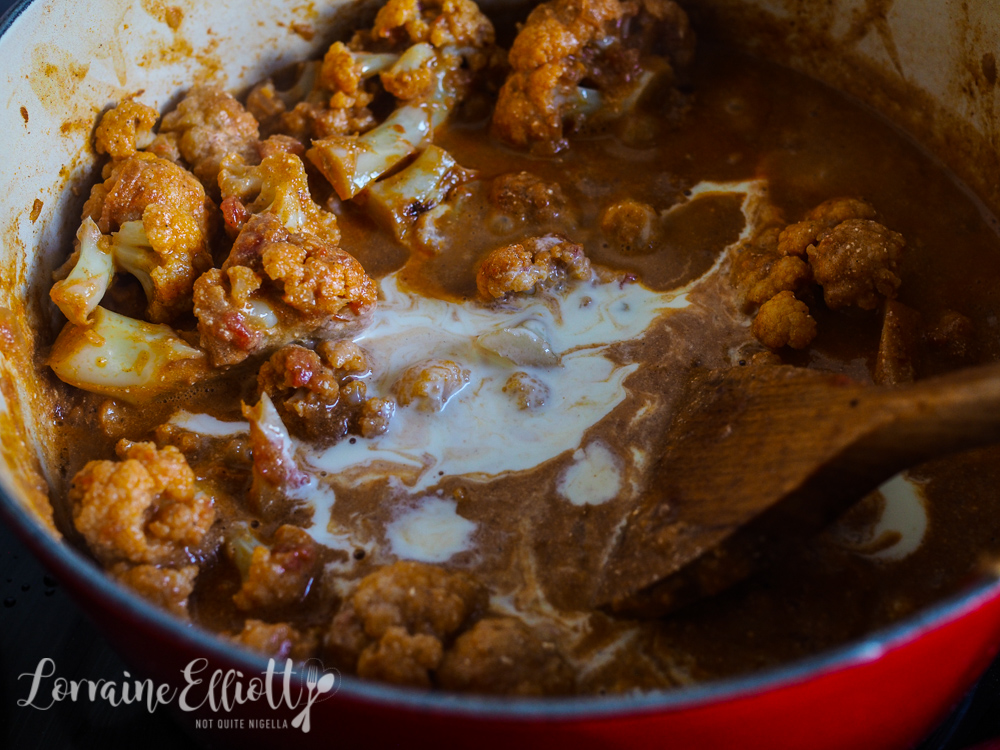 Step 2 - Add the florets of cauliflower and cook until they become soft-they don't take as long as chicken and you don't want them super soft where they start to fall apart. Add in cream and butter and season with salt to taste.