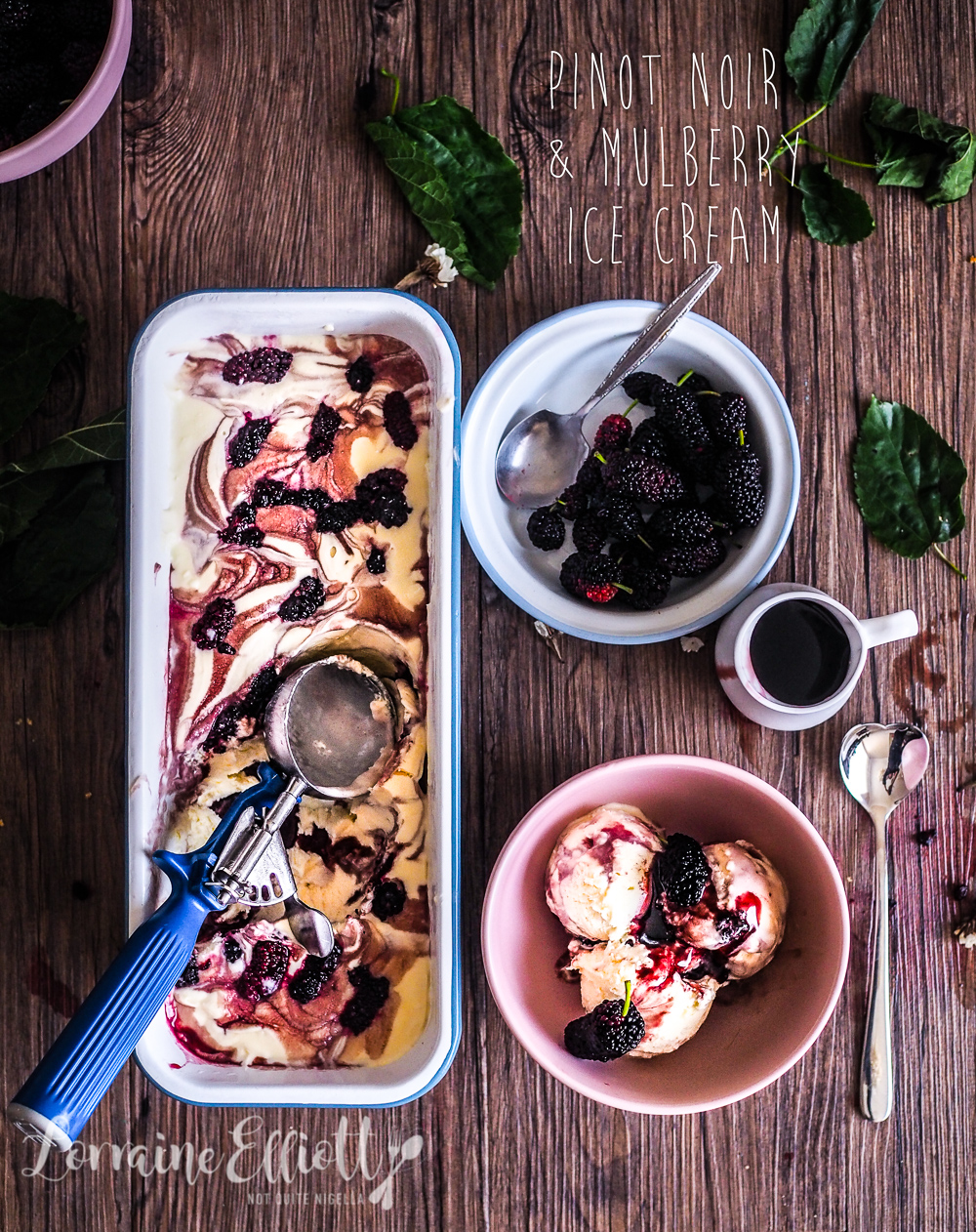 I made a pinot noir sauce for my mulberry pie and then thought of my favourite type of ice cream. I love ice creams with ribbons or swirls of fruit and pinot noir has a distinctly fruity/berry flavour to it. I used the rest of my cream to make this wonderful ice cream, swirled it with the pinot noir syrup, mixed in mulberries and it was so creamy, fruity and delightful that I didn't want it to end. 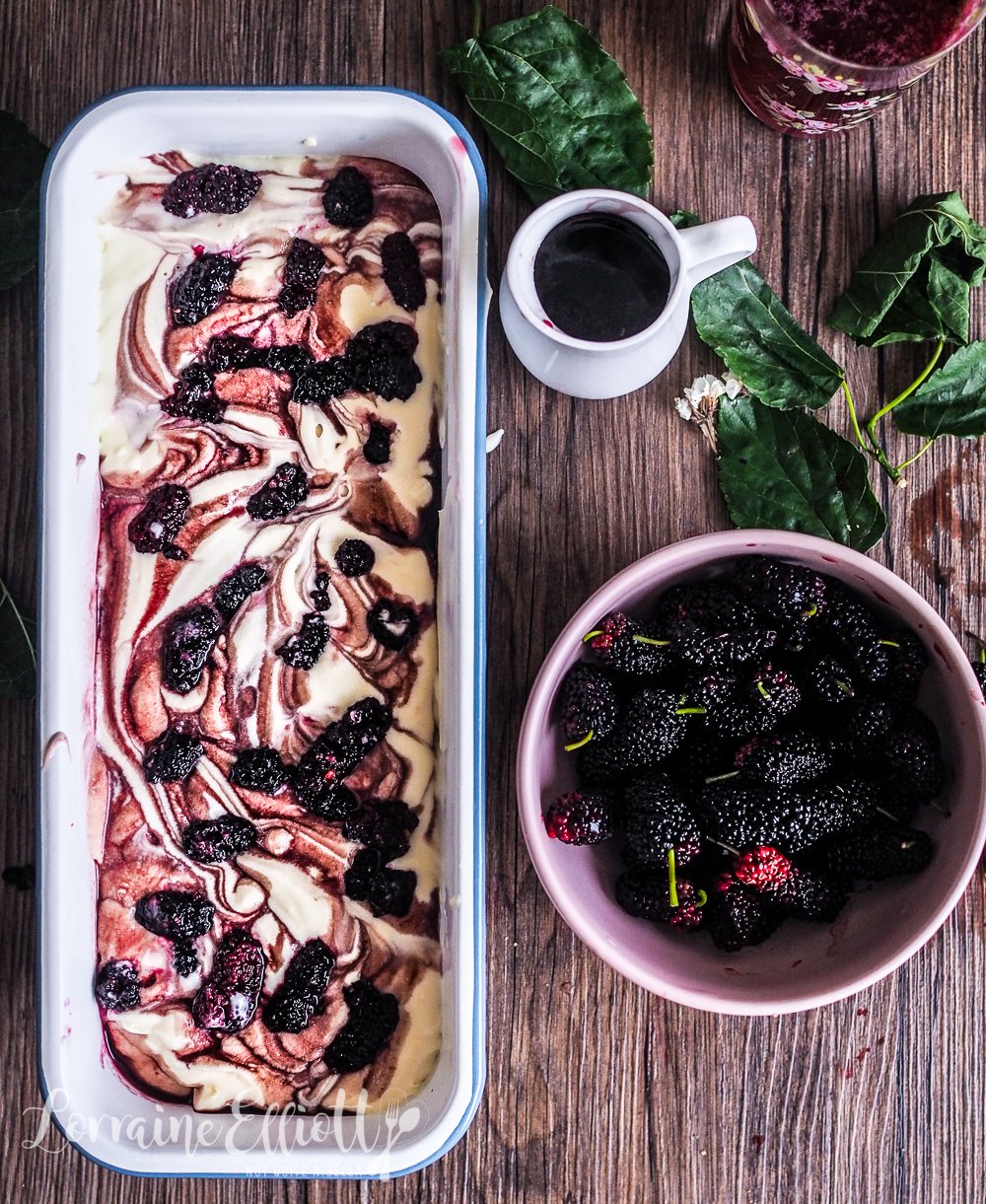 This year I've become somewhat obsessed with picking mulberries. We came upon a fantastic mulberry tree and have been back a few times to pick fresh mulberries. I have to go with Mr NQN as the mulberry tree is quite tall and I can't really reach the berries in the upper branches. 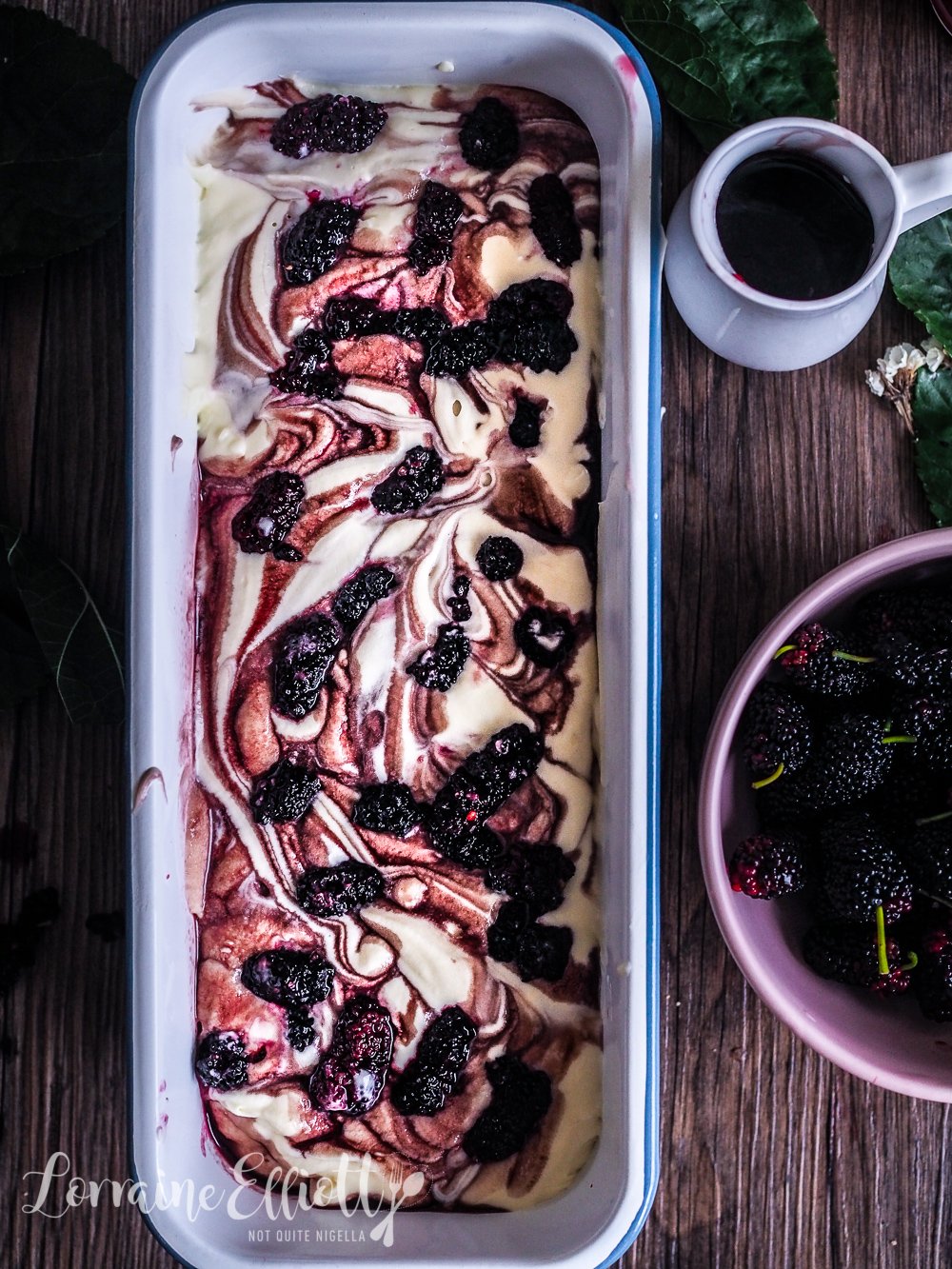 When I put my adventures mulberry picking on Facebook and Instagram, quite a few people commented or messaged me their own mulberry picking adventures. One woman mentioned that she remembered picking them as a child for over 30 years at the same mulberry tree in a park and now she's an adult who helps the neighbourhood kids reach the branches. Although I didn't pick mulberries as a kid I feel as though I'm making my mulberry memories now.

Speaking of youthful memories, I was talking to a woman the other night and she was telling me about a Danish study she had read about. Apparently most people see themselves as 20% younger than they actually are. If you are under 25 then you think of yourself as older but if you're older, you think of yourself as younger and by the time you get to your 90s the percentage is much higher! 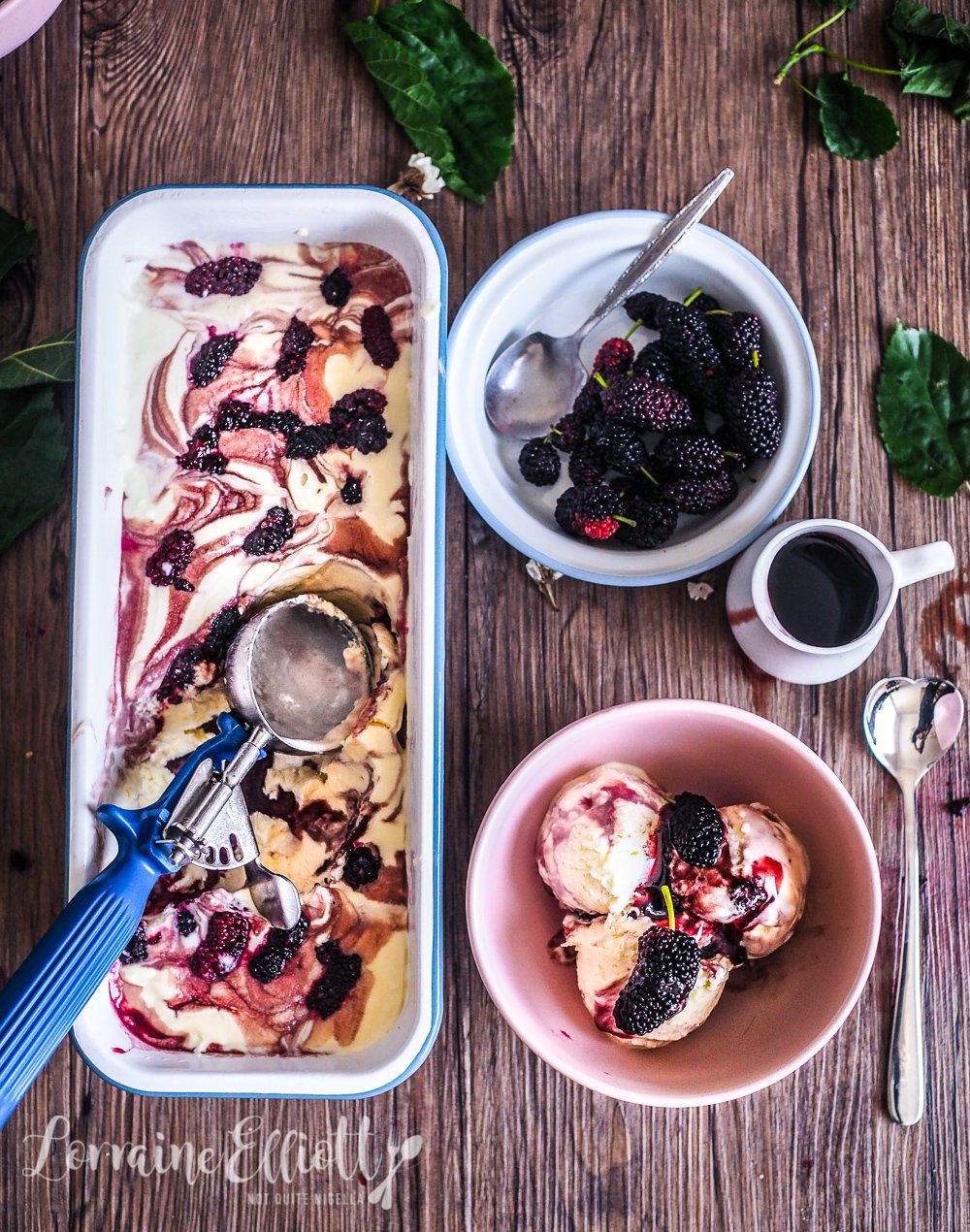 I did the maths and I had to agree with the study because when someone asks me my age, I have to think about it and correct myself. I honestly think that I'm at least 10 years younger, sometimes even more. I don't think I ever get to thinking that I'm in my childhood or teens (maybe when I get to my 90s ;)) but the only issue with going back to your teens or childhood is that you can't drink pinot noir!

So tell me Dear Reader, do you think that you're younger than you actually are? Have you got mulberry memories? 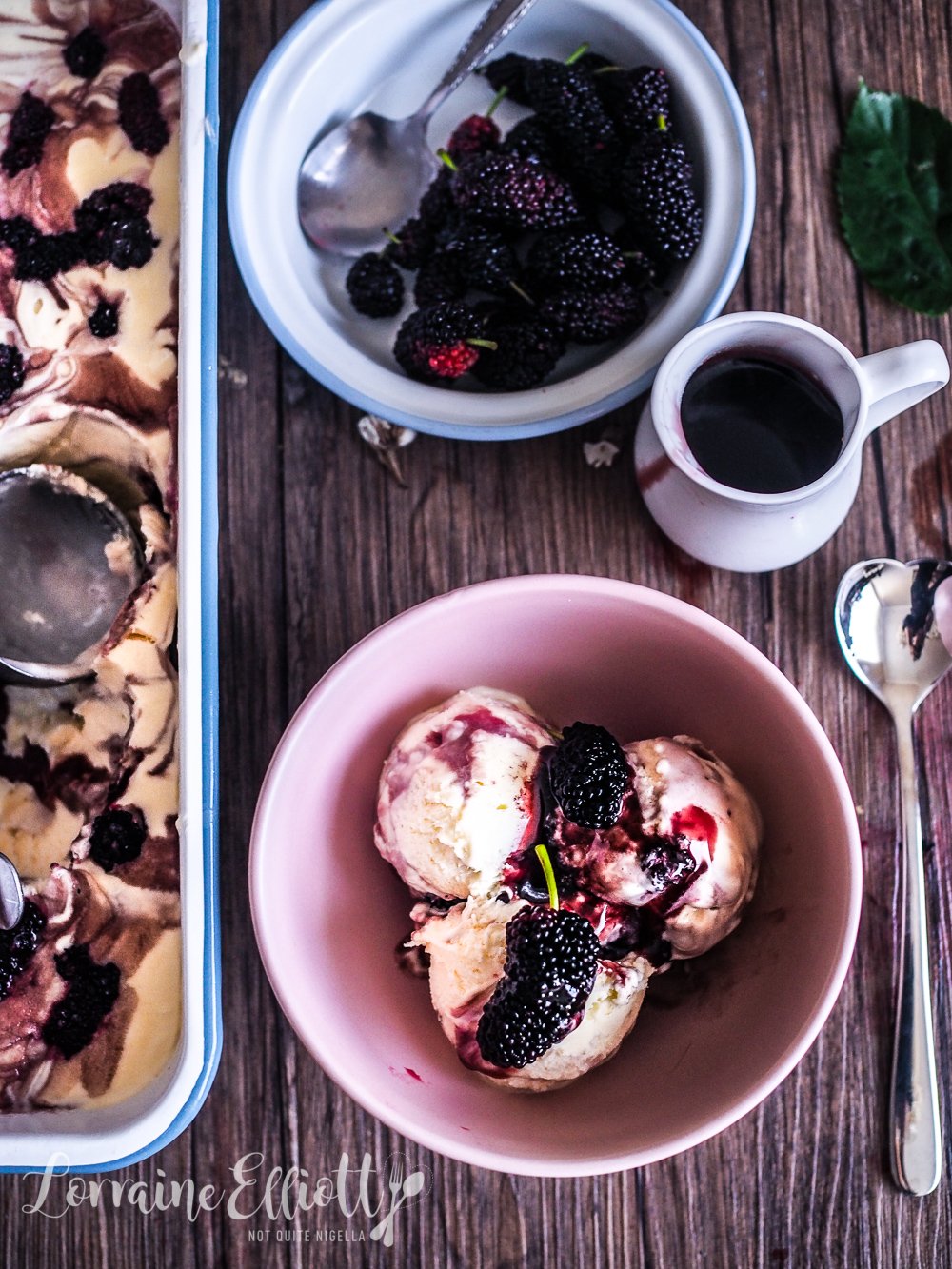 Step 1 - First make the syrup as it needs to cool. Heat the wine with the sugar and simmer with the lid off until it is reduced and syrupy - make sure that it's not too thick and it also thickens on cooling. Add the mulberries and cook for a couple of minutes. Then add vanilla. Strain the mulberries and keep both the syrup and mulberries separate and cool both.

Step 2 - Whip the cream until light and fluffy and then add the sweetened condensed milk and whip until combined. Scoop into a large loaf tin or a freezer proof container. Spoon the syrup over the top and swirl with a butter knife. Dot the mulberries on top pushing some down to the bottom half of the ice cream. Freeze for 6 hours or overnight. Ripen the ice cream on the counter for 10 minutes before scooping. 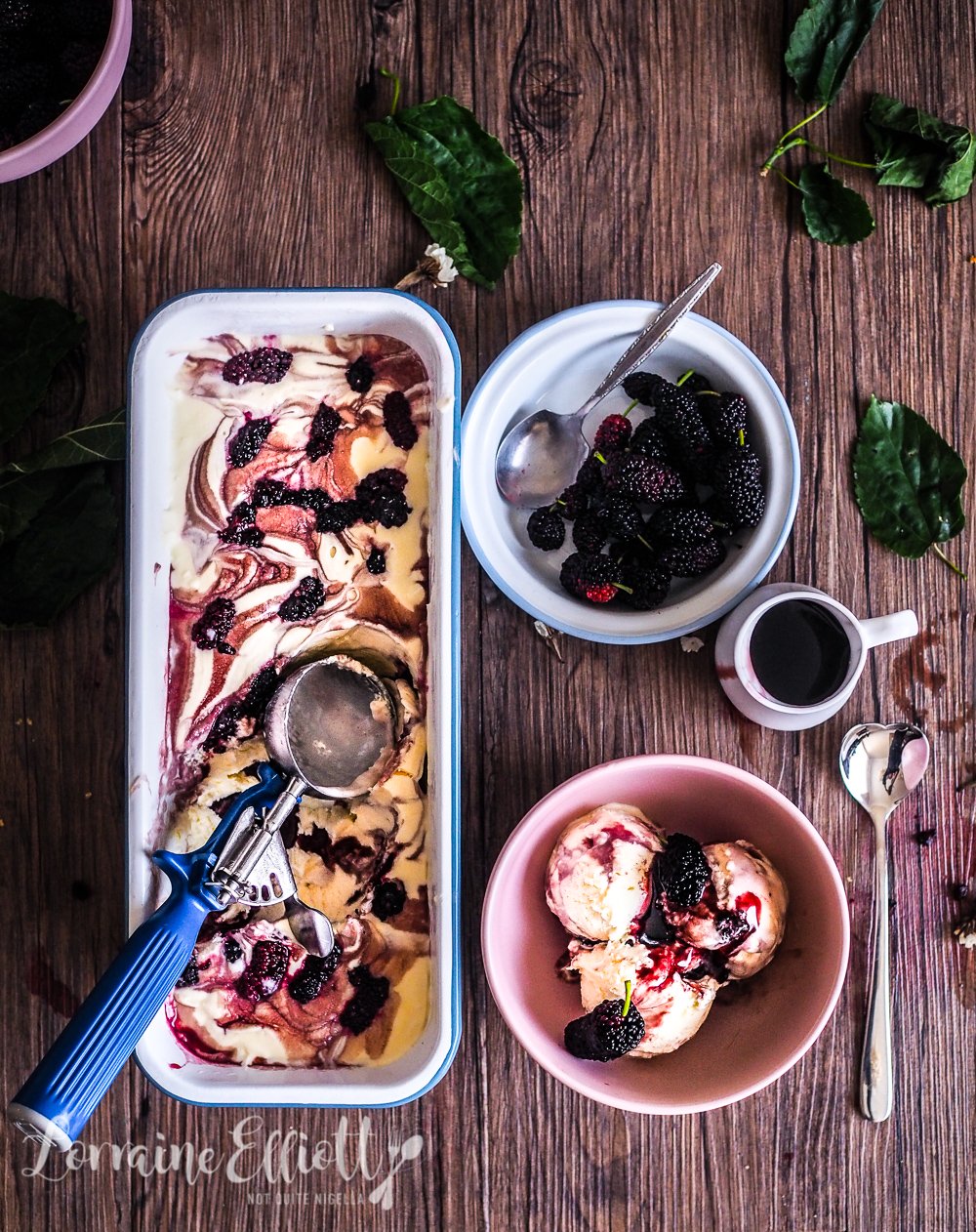