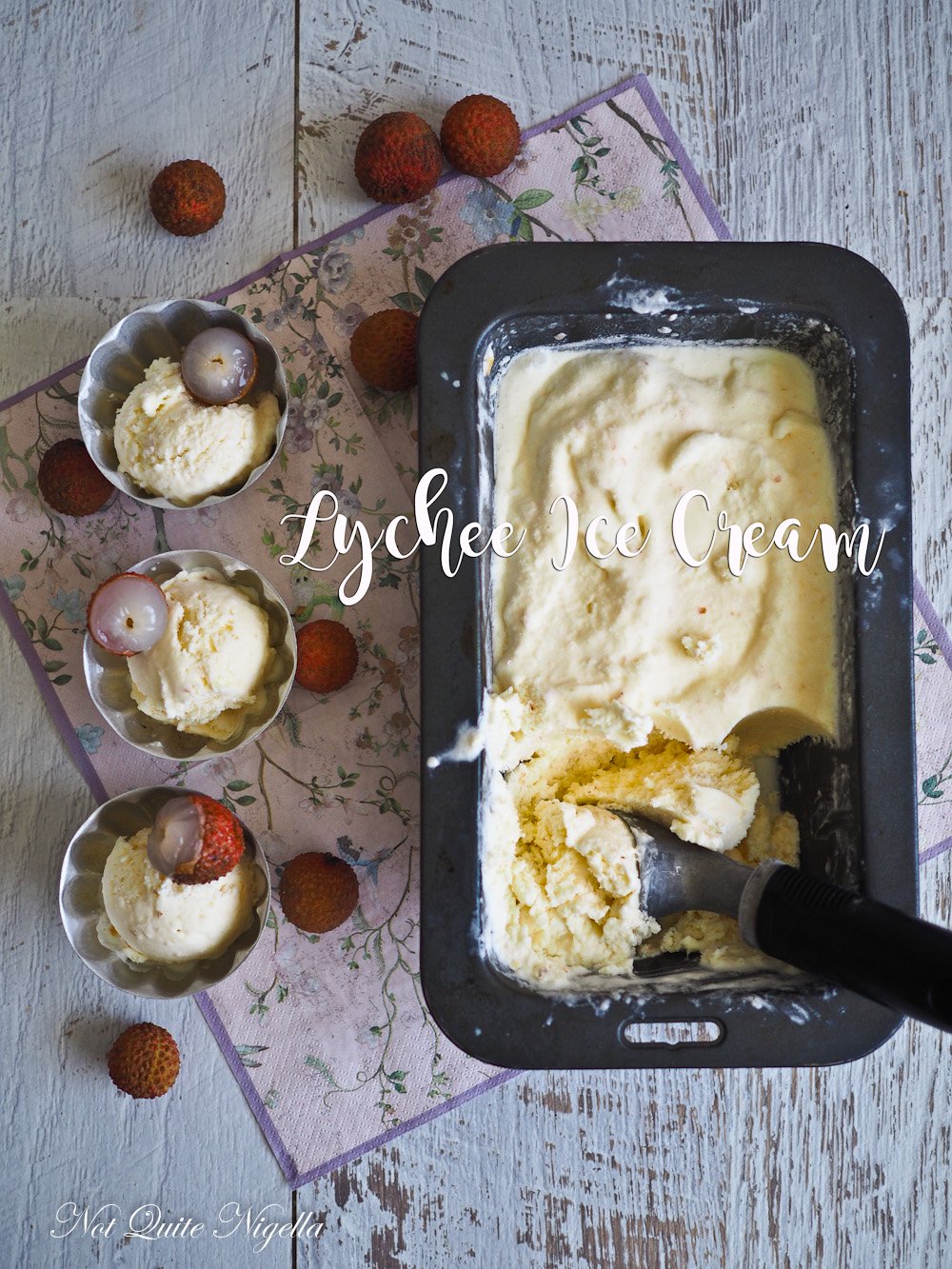 Sweltering in the heat? Cool off with this simplest lychee ice cream that is made of 3 ingredients and doesn't need an ice cream maker (although you can use one if you want!). Stay cool in this heat my lovelies!

This ice cream is based on my favourite dessert as a child. Growing up we only ate out at Chinese restaurants because my father would only eat Chinese food. And occasionally we were allowed to eat dessert. We had rations on all junk food so it was a real treat to get this option. And because it was a Chinese restaurant there were usually two dessert choices: deep fried ice cream or lychees with ice cream. We would always bypass the deep fried ice cream in favour of lychees and ice cream.

I would melt the ice cream into the lychee syrup and then drink it. And it was so refreshing and just the right amount of sweet that I would order it again and again. This ice cream is not a cooked egg yolk and custard number, it is much more simple. And it can be done without an ice cream maker with just your food processor to break up the ice crystals. My godmother used to make ice cream this way and making it this way gives it a smooth texture without the need for a churner. And best of all it's brilliant in sweltering temperatures. 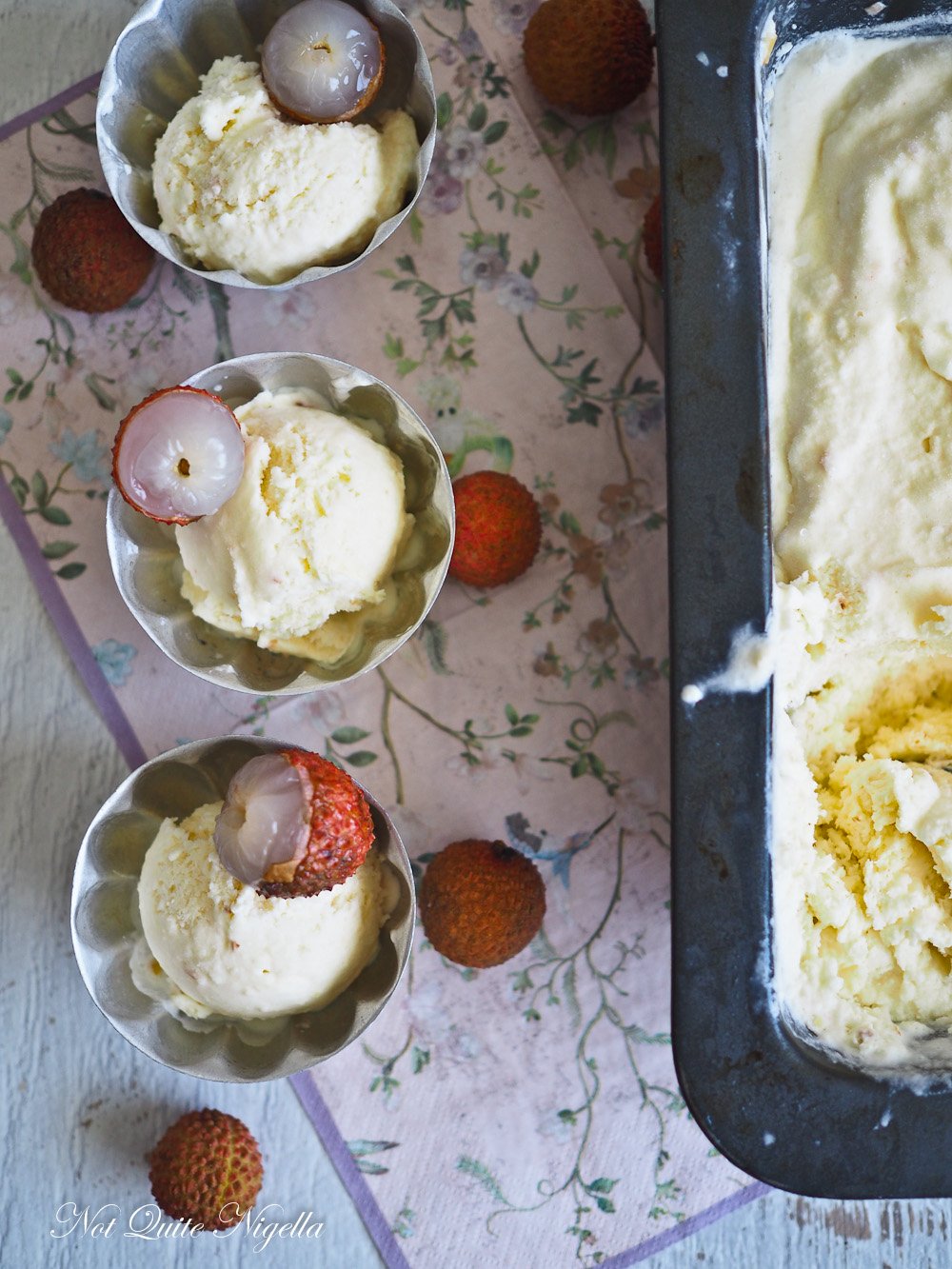 The weather lately has been a bit crazy. It's like whoever is in control has decided to add a dash of this and a dash of that. A 36C degree day one day is followed by thunderstorms and 25C the next day. I was caught out by the weather one day when training with Nina. Neither of us thought that there was a chance of rain as the sun shone through a clear sky, positively beaming down on everyone.

Then the rain started. Light drops at first followed by fat drops. Then they stopped. "They'll go away," we reassured each other. And a few minutes later the sky opened and dumped a bucket of rain. Even the enormous trees in Centennial Park couldn't block the torrent of water. Nina and I ran around in circles, like a comedy skit and I picked up Mochi and she picked up her dog and we shouted plans to abandon ship and reconvene to her apartment.

The problem was the car that seemed so far away and Nina had a lot of equipment. "I'll carry some of your stuff!" I shouted to Nina and thinking fast she lay her yoga mat on top of my head. I ran zig zagged to the car trying to avoid enormous tree roots and deep muddy puddles probably looking a bit like a demented Dementor. Mochi for her part was having the time of her life. She was being carried and she was under the cover of the mat and seemed perfectly content. We were soaked to the skin and we dried off the dogs and resumed our training session and then twenty minutes later the sun came through again as though nothing had happened at all.

So the moral of the story is never trust the weather and always have ice cream on hand ;)

So tell me Dear Reader, are you always prepared for rain with an umbrella? Do you go more for deep fried ice cream or lychees and ice cream? 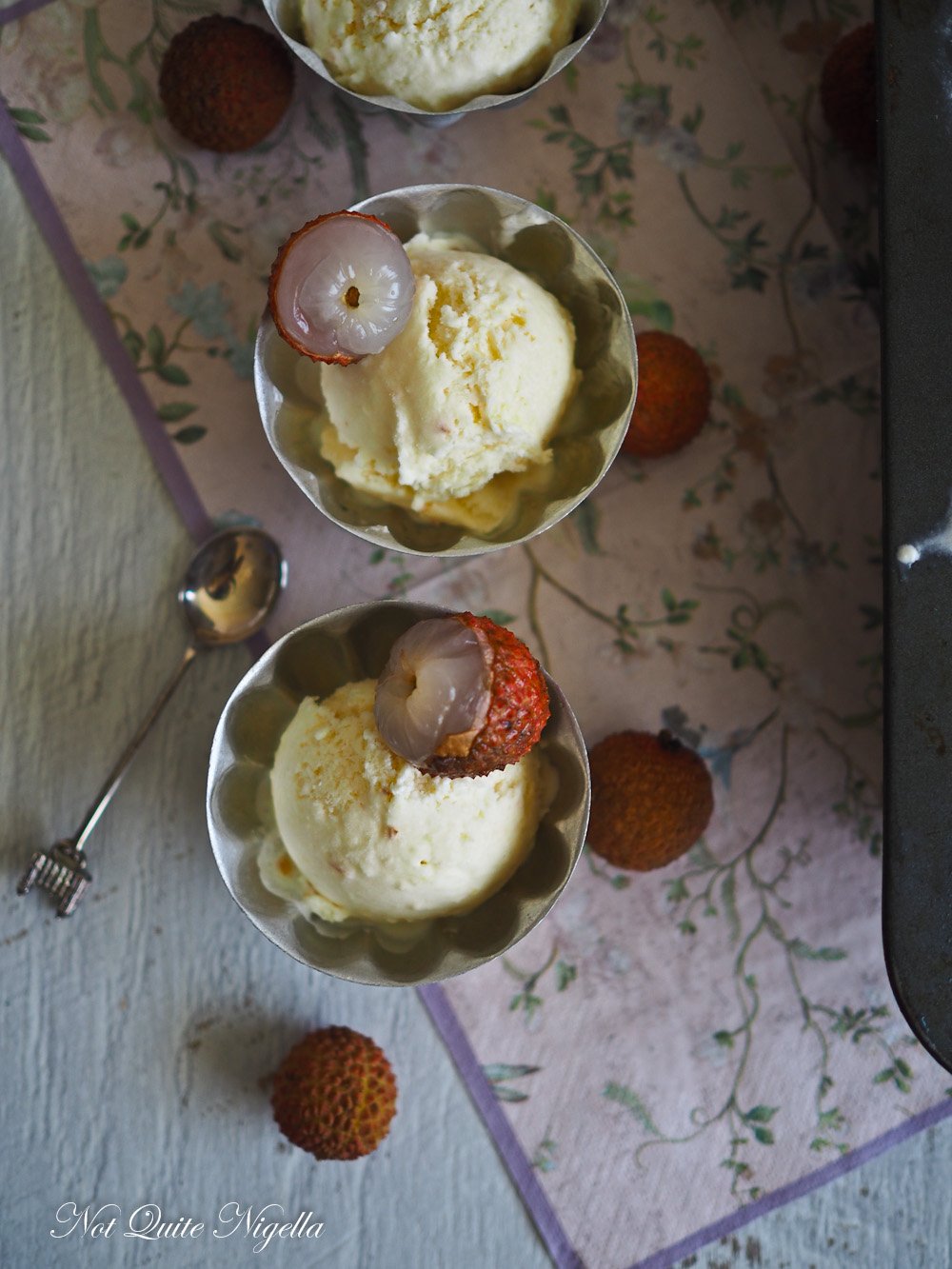 OR sub cream and vanilla with softened vanilla ice cream. 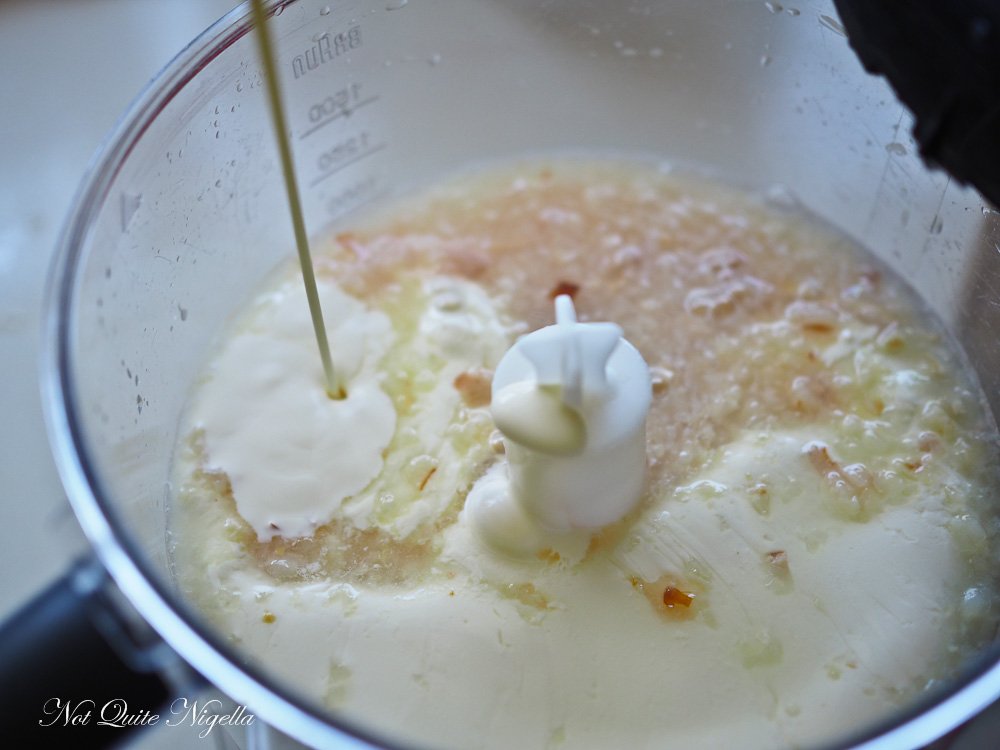 Step 1 - Blend the lychees, syrup and vanilla in a food processor until fine in texture and then add in the cream. Freeze for 4 hours. Blitz in the food processor and then refreeze. Repeat after another 4 hours. When you want to serve it place it in the fridge to ripen 30 minutes before serving. 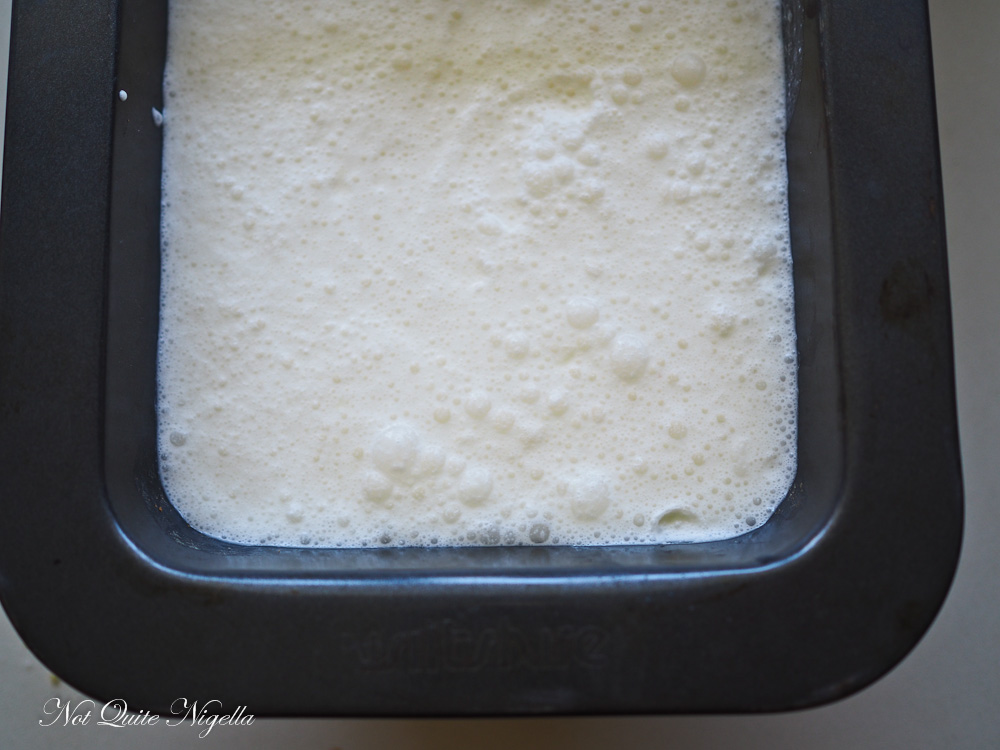 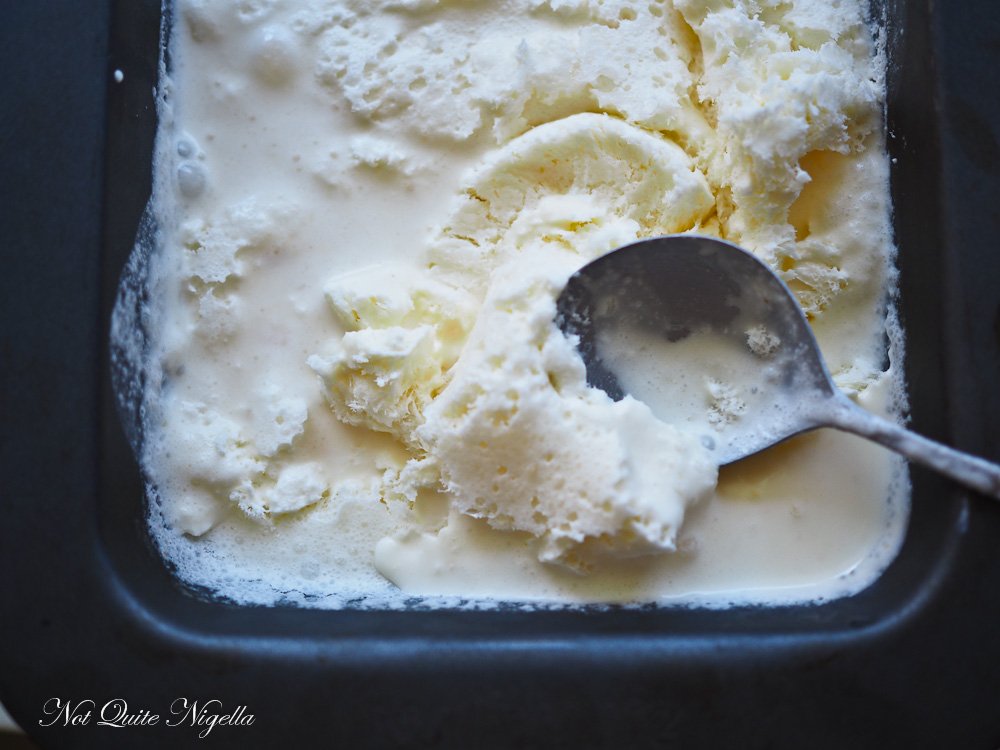 Note: if you're using an ice cream maker, refrigerate until cold and then churn and then place in the fridge for the full set.