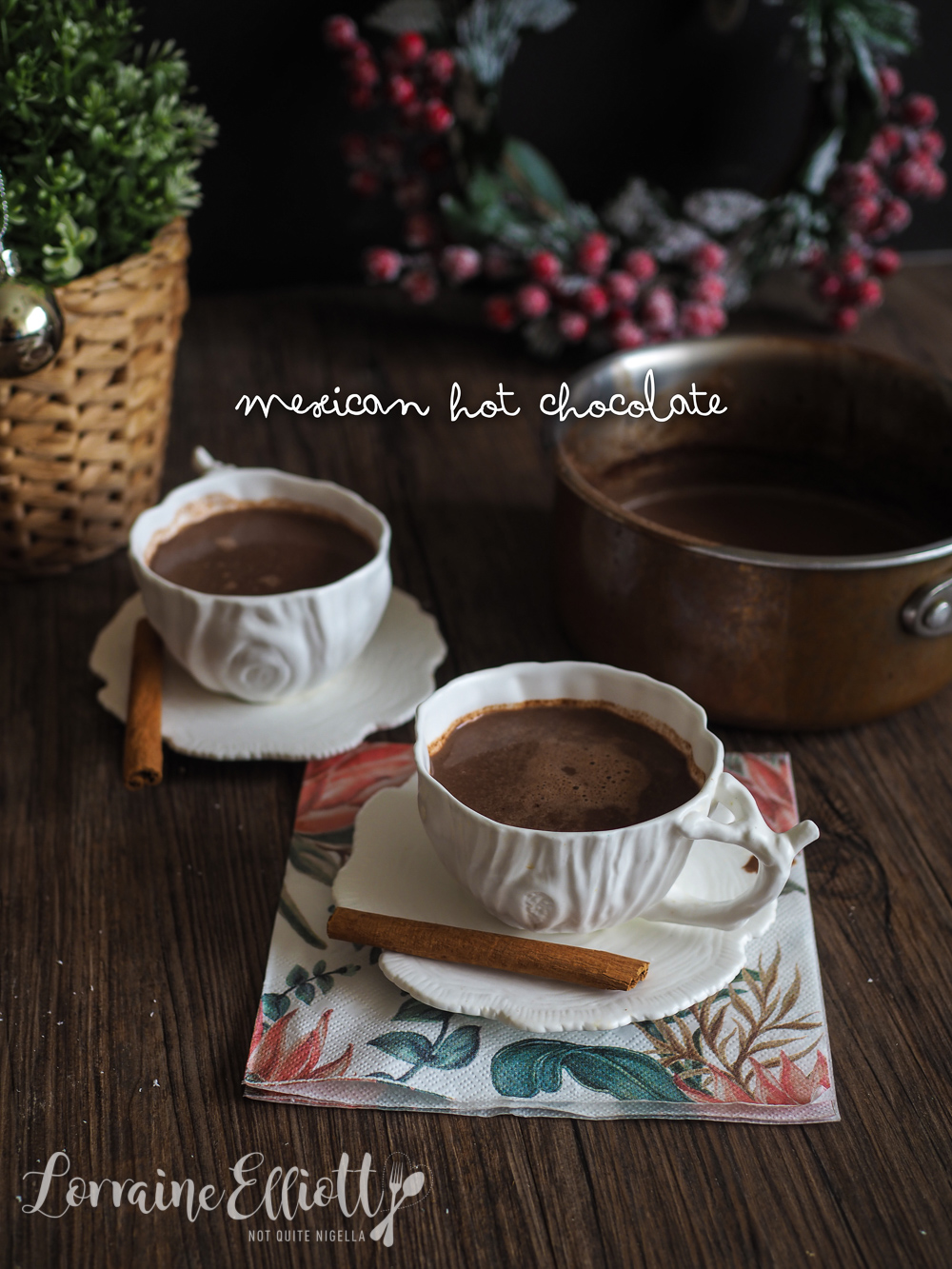 Mexican Hot Chocolate is usually scented with cinnamon with a little spice from chilli. It's a wonderful, warming variation on a plain hot chocolate. Here I'll show you how to make a warm one but also a frozen one because while it's cold in the Northern Hemisphere, it's hot here in the Southern! 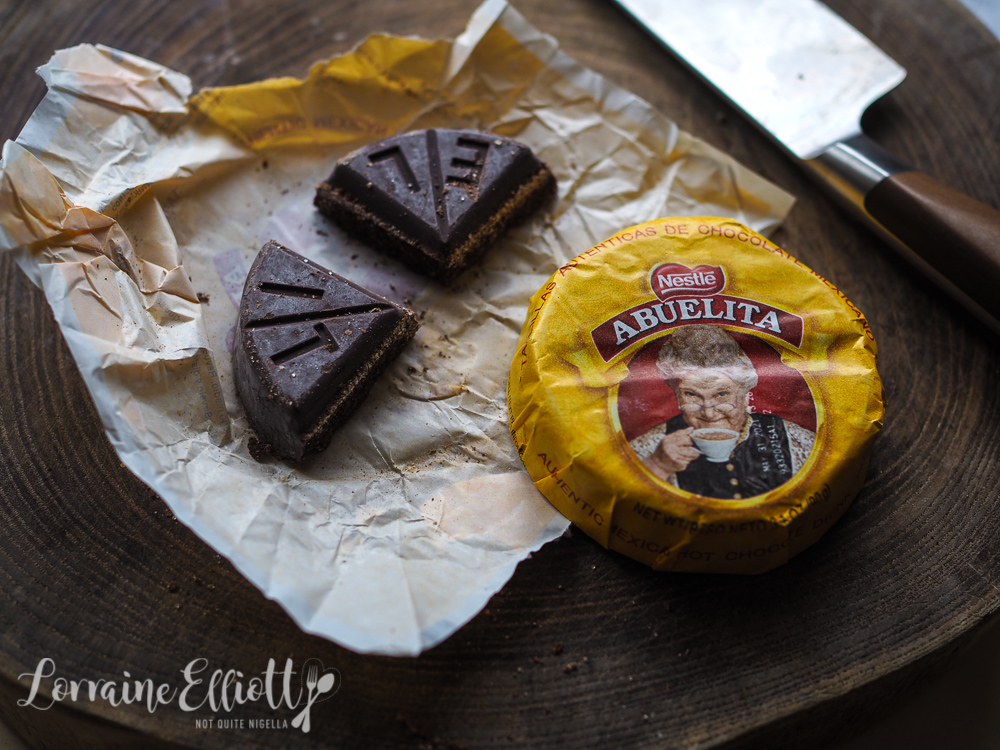 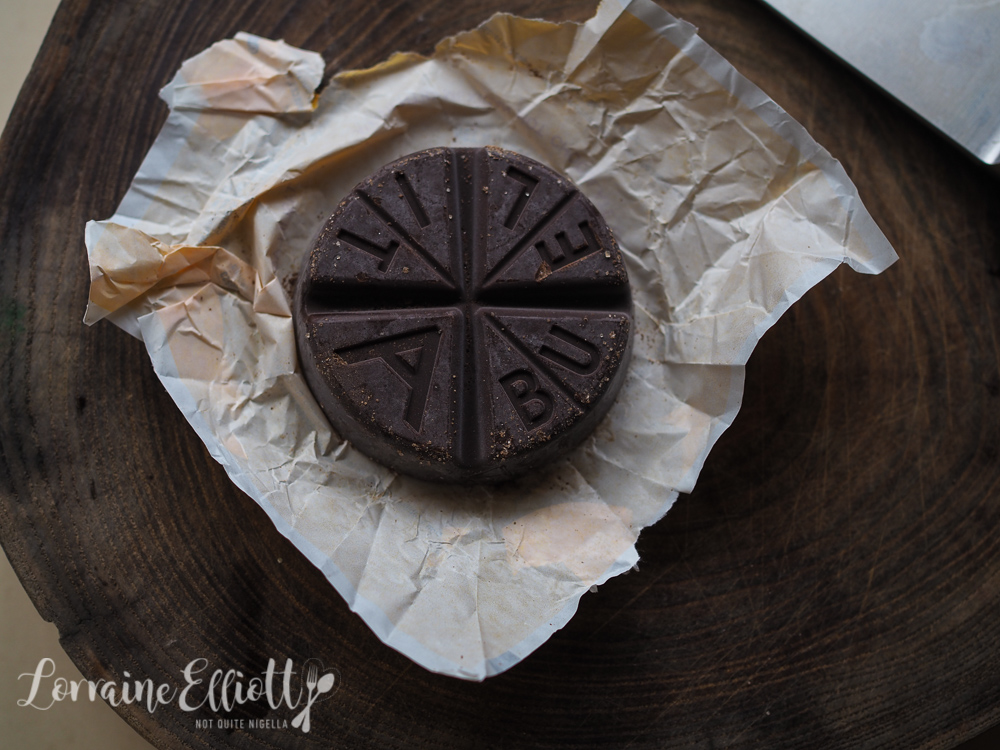 The first thing that struck me when looking at the label was that there was a lot of sugar in it as it's the first ingredient and there's also a lot of visible sugar. Also because it is a commercial Nestle product there are a lot of ingredients in it beyond a typical hot chocolate so I wanted to make my own home made version. 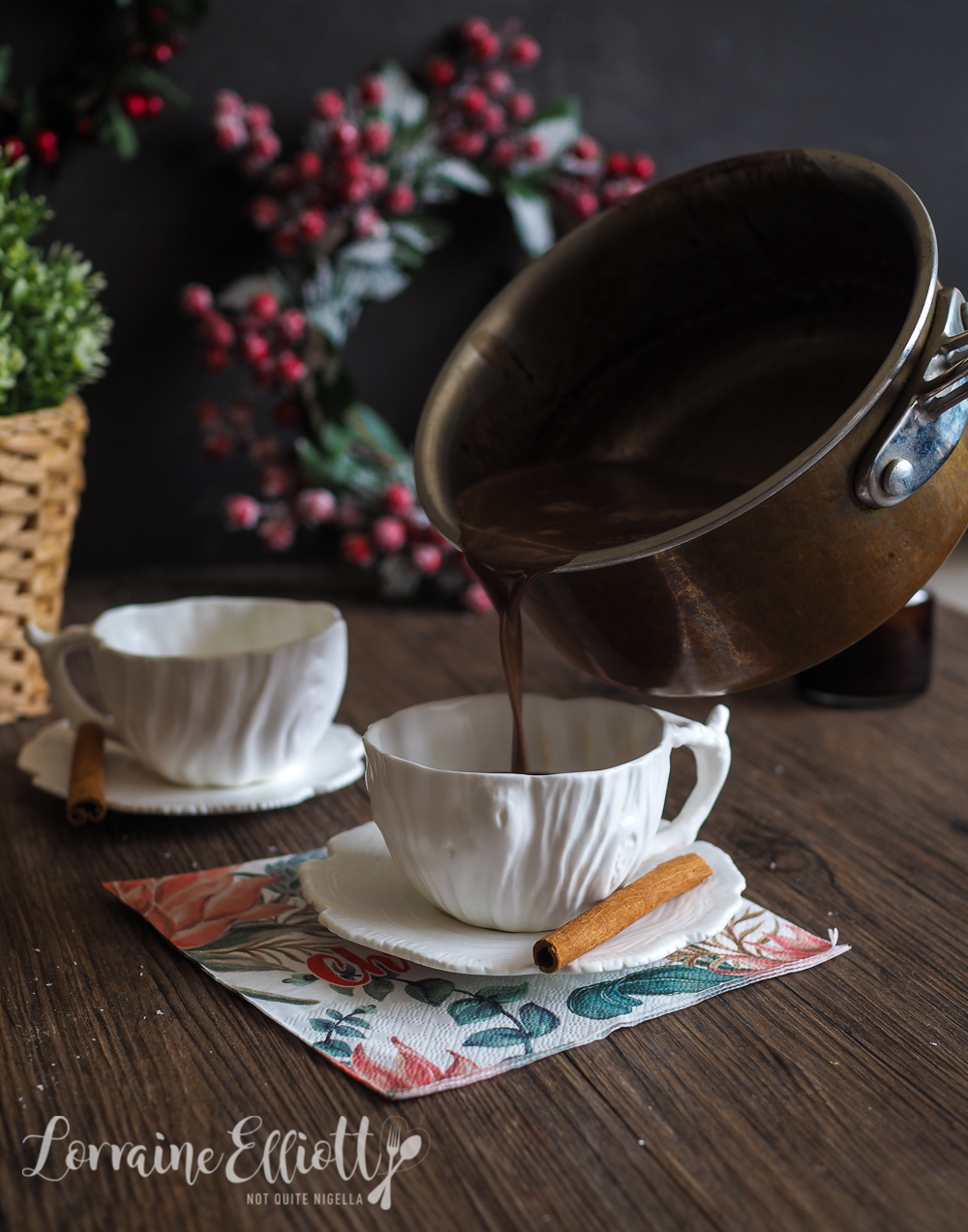 Variations on Mexican Hot Chocolate: add rum or alcohol to your hot or frozen chocolate! You can also add a little vanilla or speculoos spice to it. This also works with other types of milks too. 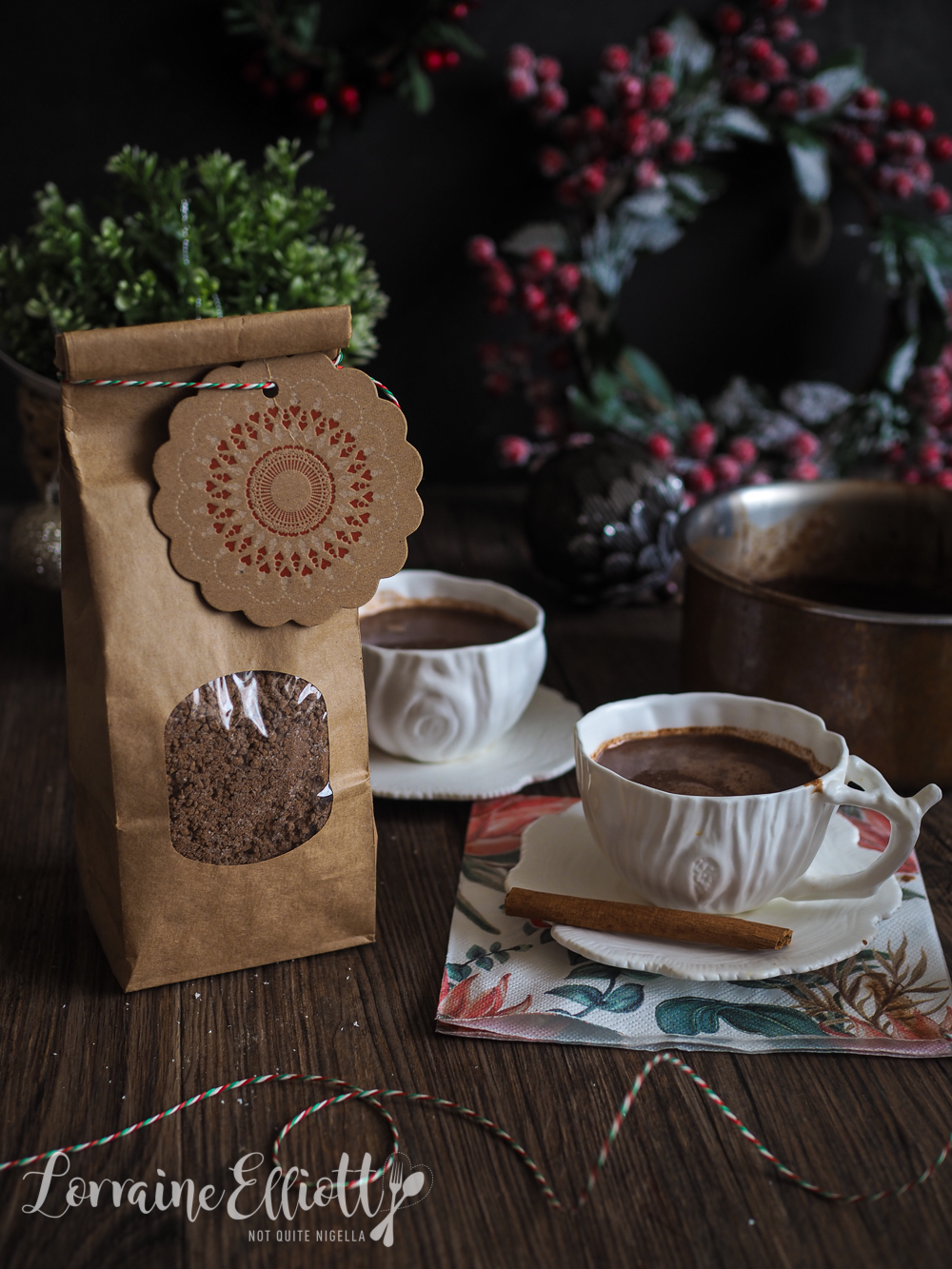 Every Christmas I make edible gifts and I pair each edible gift to suit a friend. But really this could have gone to anyone as they all love chocolate. However this edible gift is going to Monica's partner Marco. 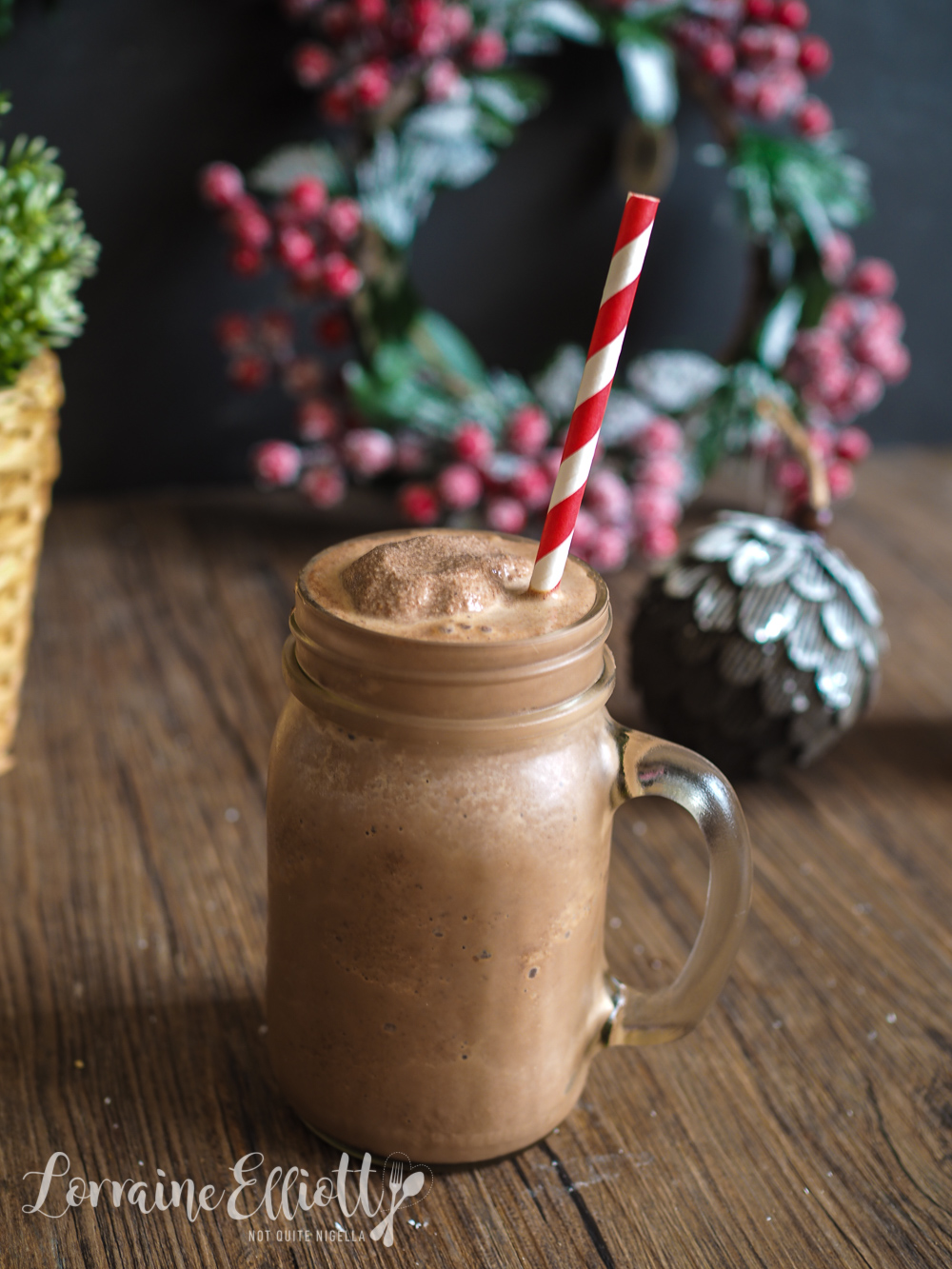 Marco is a fiendish sweet tooth so this suits him and he and Mr NQN have a sort of bromance going on. You see he is a brewer and he often gives him home made brews to Mr NQN who absolutely loves them. Often Monica and I sit head to head over dinner and converse about food and they sit head to head talking about nerdy stuff.

This Christmas Monica and I already have our gifts sorted for each other I didn't even think that we'd have to worry about including the men into the whole gift giving process. Mr NQN isn't a natural gift giver, he grew up in very alternative family where gifts were often odd (a rusty clamp from underneath the house was one "memorable" gift).

I did a bit of sleuthing and Monica said that Marco likes anything chocolatey or peanutty. I relayed this to Mr NQN who still looked lost and confused. So I made this for him to give to Marco, to stoke the fires of the bromance.

So tell me Dear Reader, are you a natural gift giver? Have you ever tried Mexican hot chocolate? 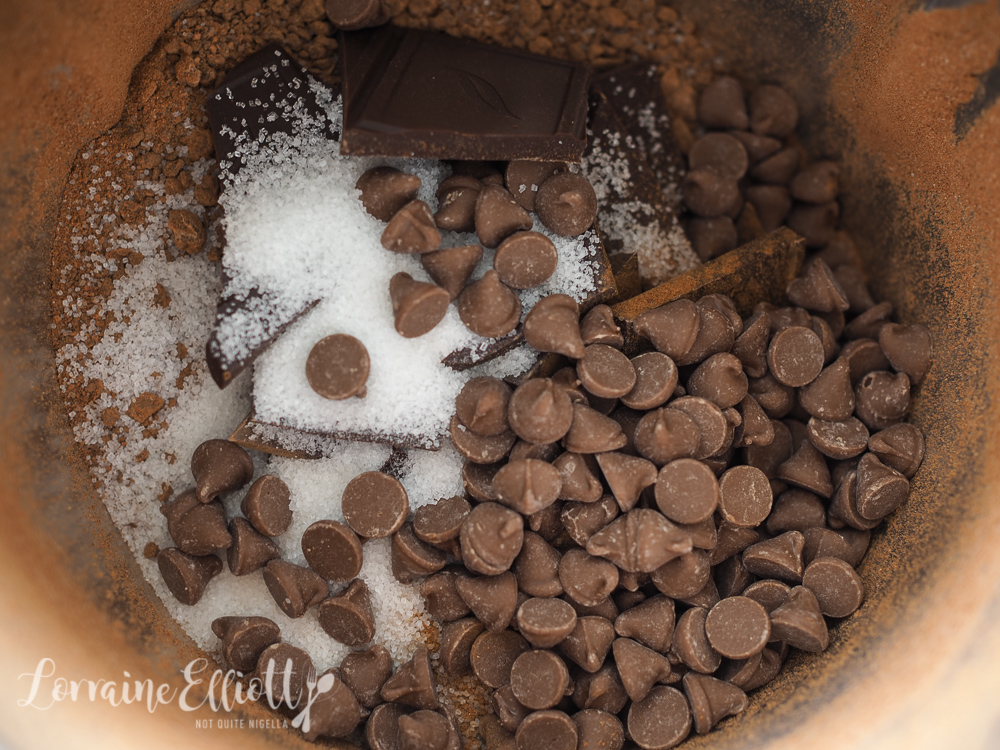 Step 1 - To make the Mexican hot chocolate powder, break up the dark chocolate and milk chocolate and put in a food processor along with the cacao powder, sugar, vanilla, cinnamon and cayenne. Process until the chocolate is finely ground. 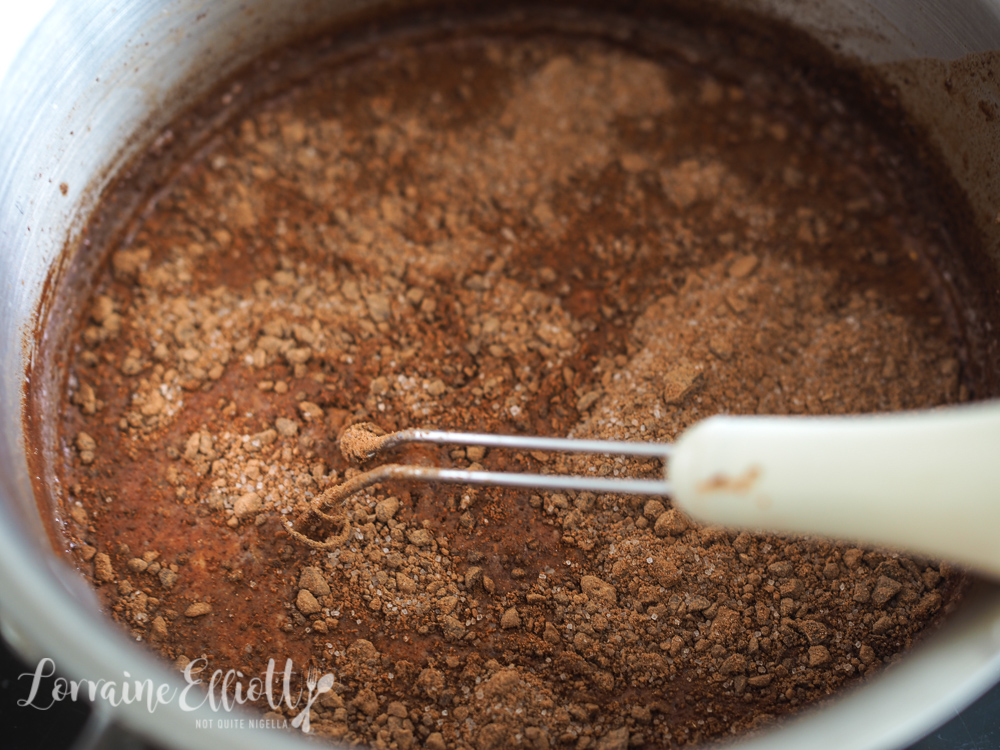 Step 2 - To make 1 cup of hot chocolate heat up a cup of milk in a small saucepan. Add 4 tablespoons of the hot chocolate mixture and whisk until melted and warmed through. 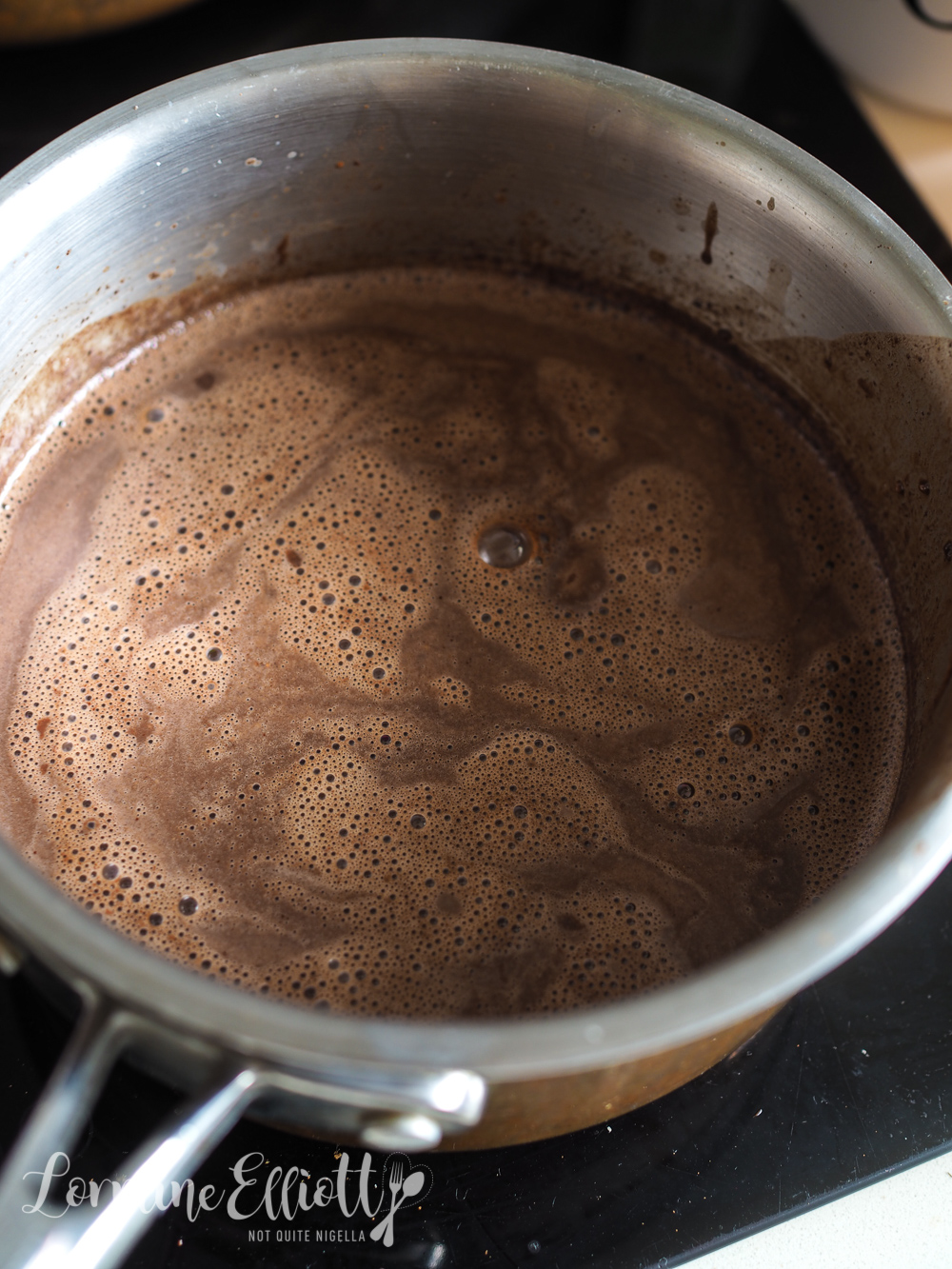 To make a frozen hot chocolate: make the mixture as above and then cool completely. Place in ice cube trays and freeze until solid. Then place in a blender with a little milk and make a frozen chocolate slushie! 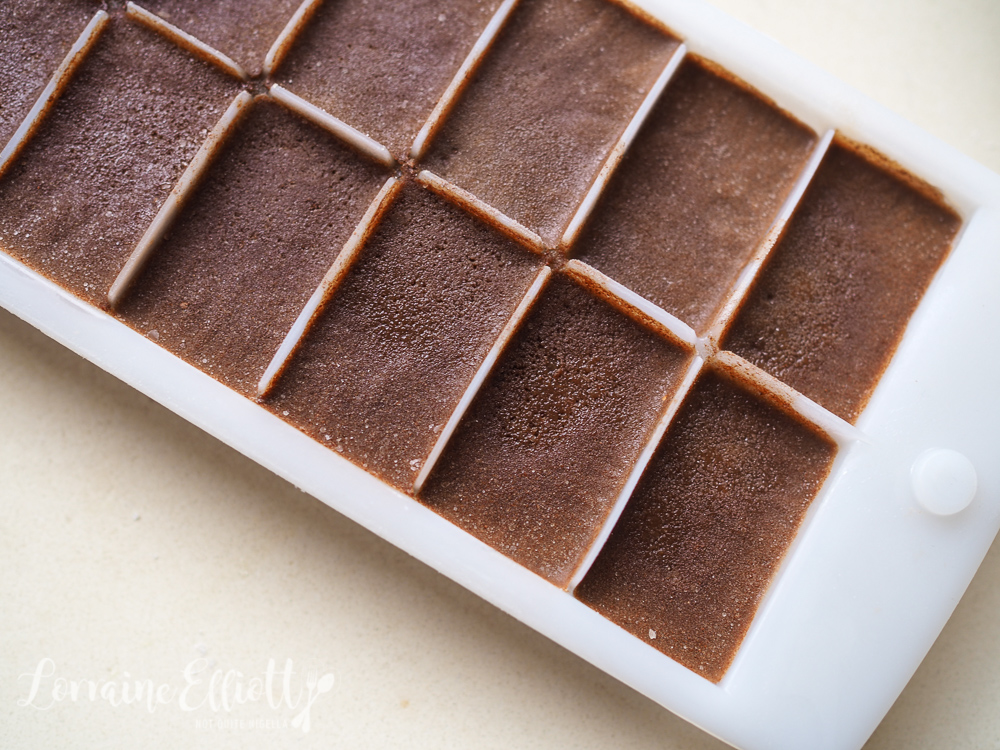