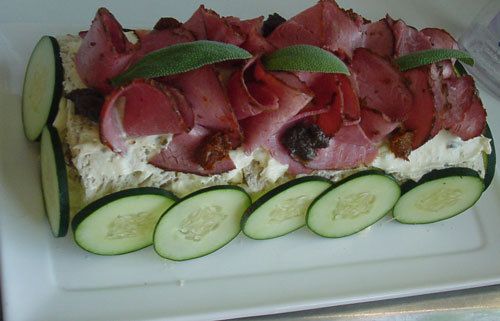 What's a Smörgåstårta I hear you ask? I first heard of it from my husband's aunt who is Finnish. We were having a Swedish themed Worldwide Food Night and I only knew of Gravlax, Pickled Herring and Swedish Meatballs. The fact that it loosely translates to "Sandwich Cake" immediately pricked up my ears. Here's a brief description from Wikipedia:

"Smörgåstårta ("sandwich cake") is a Swedish dish. It is a kind of sandwich with so much filling that it more resembles a cake than a sandwich.

The smörgåstårta is normally made up of several layers of buttered bread with creamy fillings in between. The kind of fillings and toppings varies, but egg and mayonnaise are normally the base, and typically accompanied by any combination of liver paté, olives, prawns, caviar, and smoked salmon.

Smörgåstårta is normally served cold and sliced like a dessert cake, usually with white wine or beer."

I had an issue as one of my guests doesn't eat fish. There goes the traditional recipe so I improvised and used cold meats. 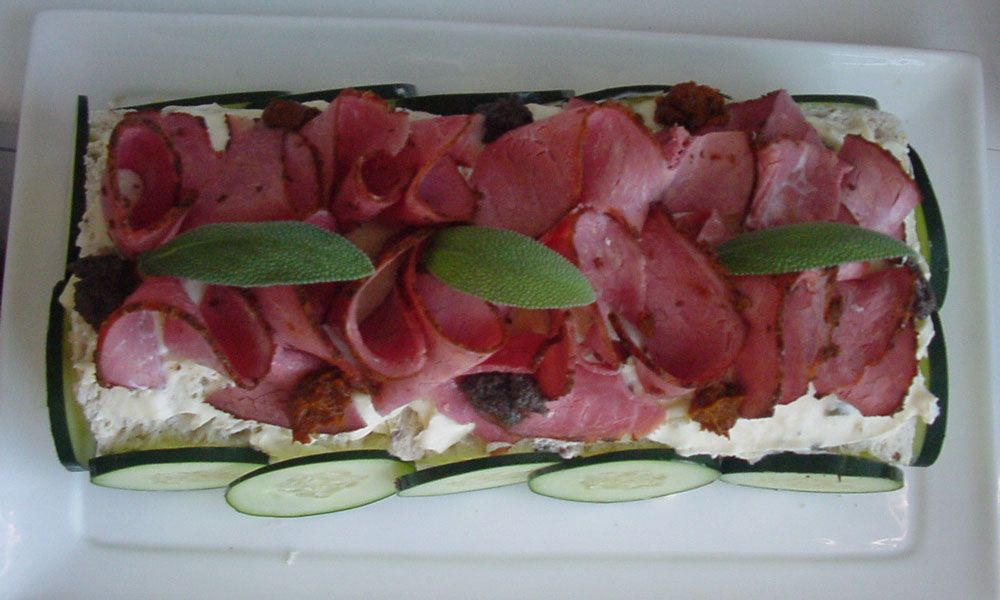 Step 1 Place 3 pieces of bread on the bottom layer. You will make 4 layers with 3 slices on each layer.

Step 2 On the bottom layer place cheese and olive mortadella.

Step 3 Place 3 more pieces of bread then on the next layer place grilled eggplant and sun dried tomato.

Step 4 On the next layer place 3 more pieces of bread and then spanish salami and olive dip.

Step 5 Place last 3 pieces of bread on the top layer and spread with gherkin spread and then artistically arrange the cajun beef.

Step 6 Lastly place cucumber slices around it adhered with gherkin dip. And voila! A Swedish sensation beyond ABBA or Roxette!

I leave you with a hall of fame of other gorgeous Smörgåstårta's that I found on the internet. Mine looks rather plain and inglorious in comparison but you've got to start somewhere. 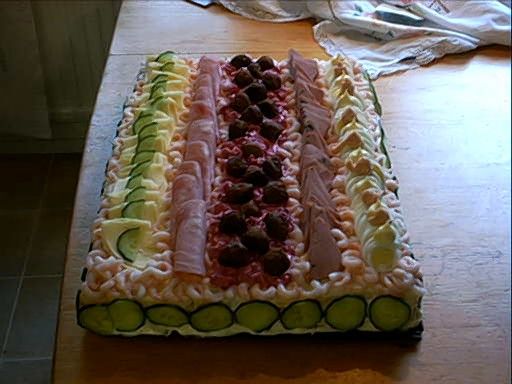 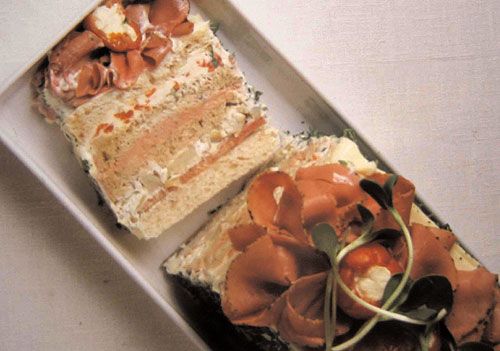 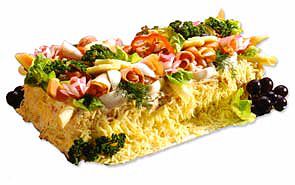 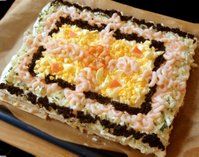 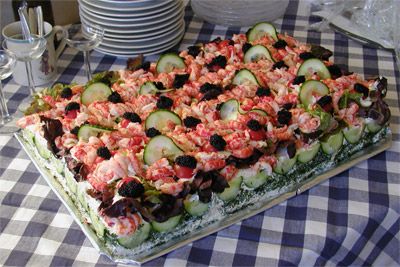 P.S. Will the lady in the purple batwinged ABBA-esque jumpsuit please audition for Australian Idol.