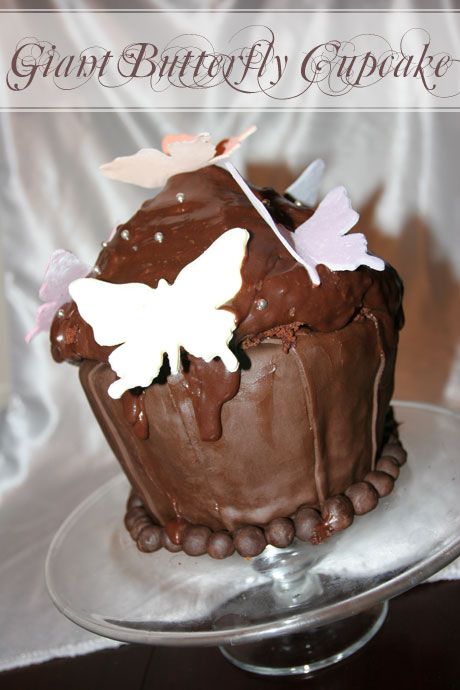 My husband, gamely and somewhat foolishly perhaps, offered to make me a birthday cake when his family came over for my birthday. This Wilton giant cupcake pan was a gift from my parents. Although I am obsessed with miniatures, I am also fascinated by giant versions of things and this Wilton cake pan was on my radar from the moment I saw it.

I've tried caramel and salt before, indeed I made a salted caramel macadamia praline and it was a success so I wanted a caramel and salt cake. Unfortunately, despite buttering and flouring the pan well, the cake was steadfastly stuck in the pan. He did a great job cutting it out but the ridge detail was lost. The icing was a tad runny for the cake and even refrigerating it did not help a lot. He did enjoy doing the chocolate fondant, I told him it was like a "construction job"! I'm hoping he'll go for cooking rather than pining for a backyard and back shed. 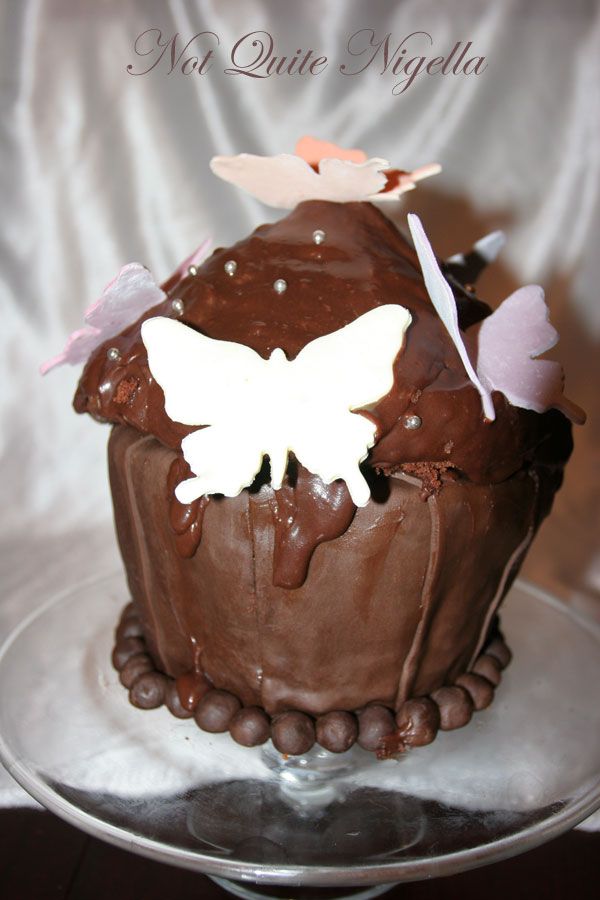 Courtesy of Baked bakery in New York City, this Sweet and Salty Cake will satisfy every chocolate lovers' appetite.

Step 3 - In another large bowl, sift together flour, baking powder, baking soda, and salt; set aside.

Step 4 - In the bowl of an electric mixer fitted with the paddle attachment, beat the butter and shortening together until smooth and it appears to create strings inside the bowl, about 7 minutes. Add both sugars and continue beating until light and fluffy, about 7 minutes. Add eggs, one at a time, and beat until well incorporated. Add vanilla, scrape down the sides of the bowl with a spatula, and mix again for 30 seconds. Add flour mixture alternating with cocoa mixture, beginning and ending with flour mixture.

Step 5 - Divide batter evenly among the three prepared pans. Bake until cake is just firm to the touch and a toothpick inserted into the center of the cake comes out clean, 18 to 24 minutes. Let cool completely. 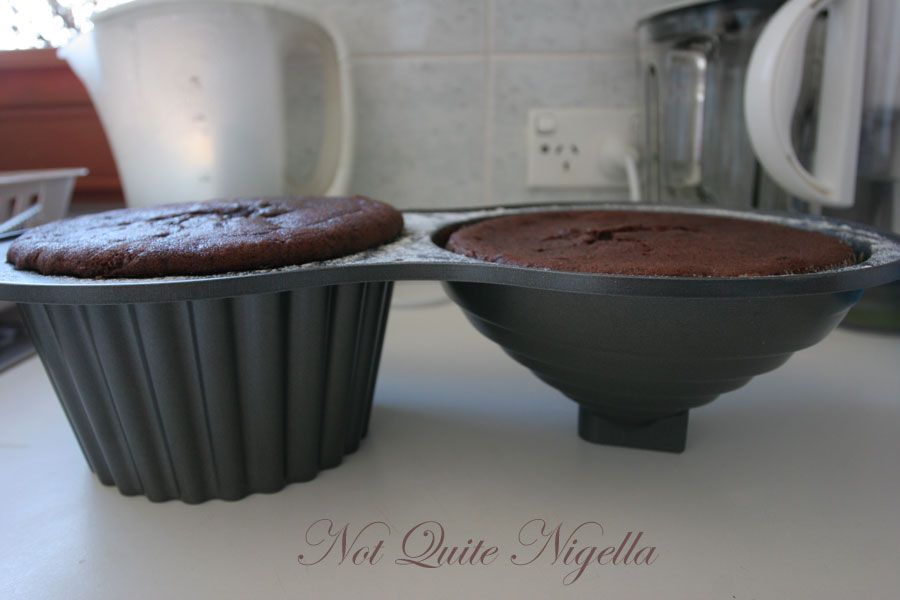 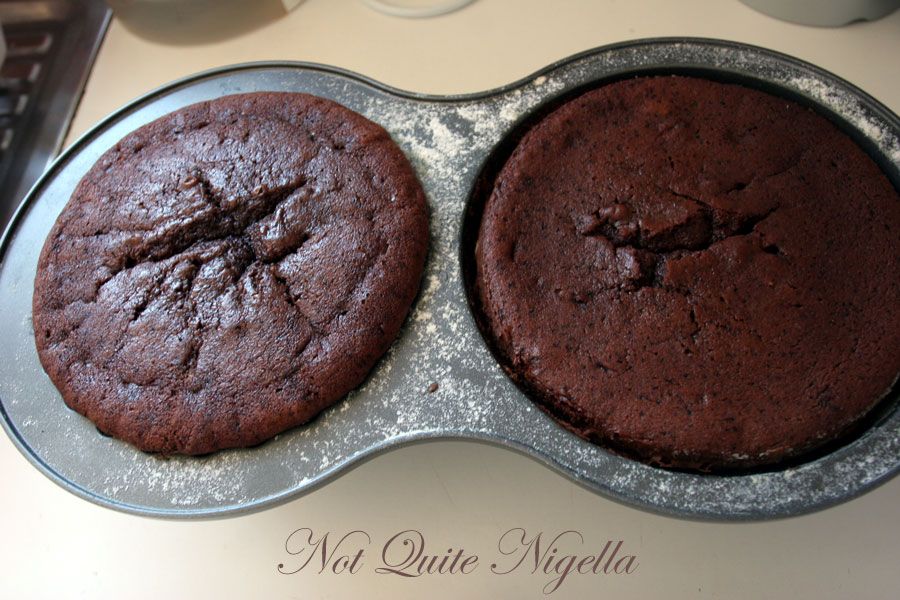 Step 6 - Using a serrated knife, trim tops of cakes to make level. Place four strips of parchment paper around perimeter of a serving plate or lazy Susan. Place the first layer on the cake plate. Using about 1/4 cup of the caramel, spread a thin layer on the cake, allowing some of the caramel to soak into the cake. Follow the caramel layer with a layer of about 1 cup of the ganache icing. Place the second layer on top and repeat process with another layer of caramel followed by a layer of ganache icing. Place the remaining layer on top of the second layer bottom side up. Spread entire cake with remaining ganache icing. Sprinkle with fleur de sel.

Step 1 - Combine 1/4 cup water, sugar, and corn syrup in a medium saucepan; stir to combine. Bring to a boil over high heat. Cook until the mixture reaches 350 degrees on a candy thermometer, about 10 minutes.

Step 2 - Meanwhile, in another small saucepan, mix together cream and salt. Bring cream to a boil and cook until salt has dissolved, 3 to 5 minutes. Remove from heat and set aside.

Step 3 - When the caramel mixture has reached 350 degrees, remove from heat and allow to cool for 1 minute. Carefully add the hot cream to the caramel; stir to combine. Whisk in sour cream. Cool, and store in an airtight container, refrigerated, for up to 3 days. 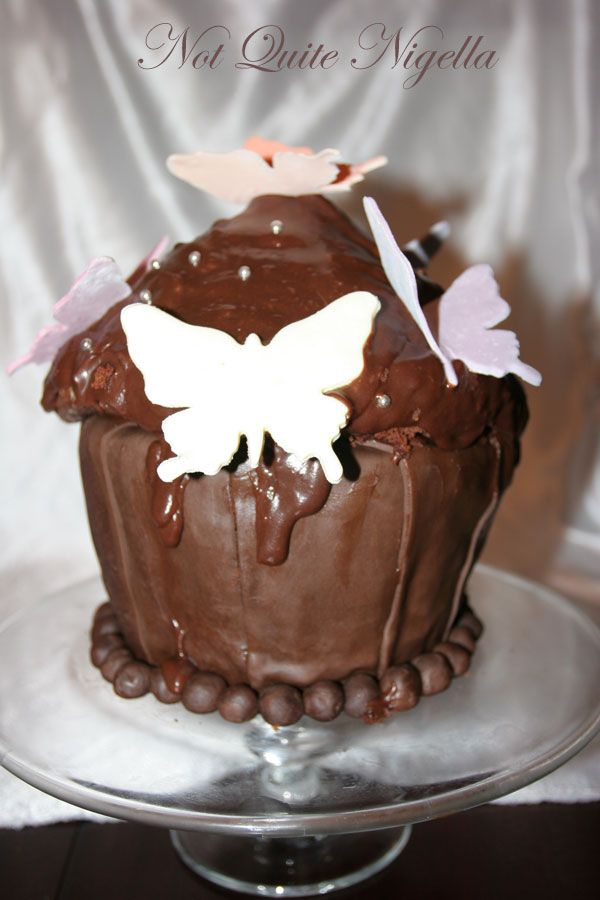 Frosting recipe adapted from one found on www.marthastewart.com