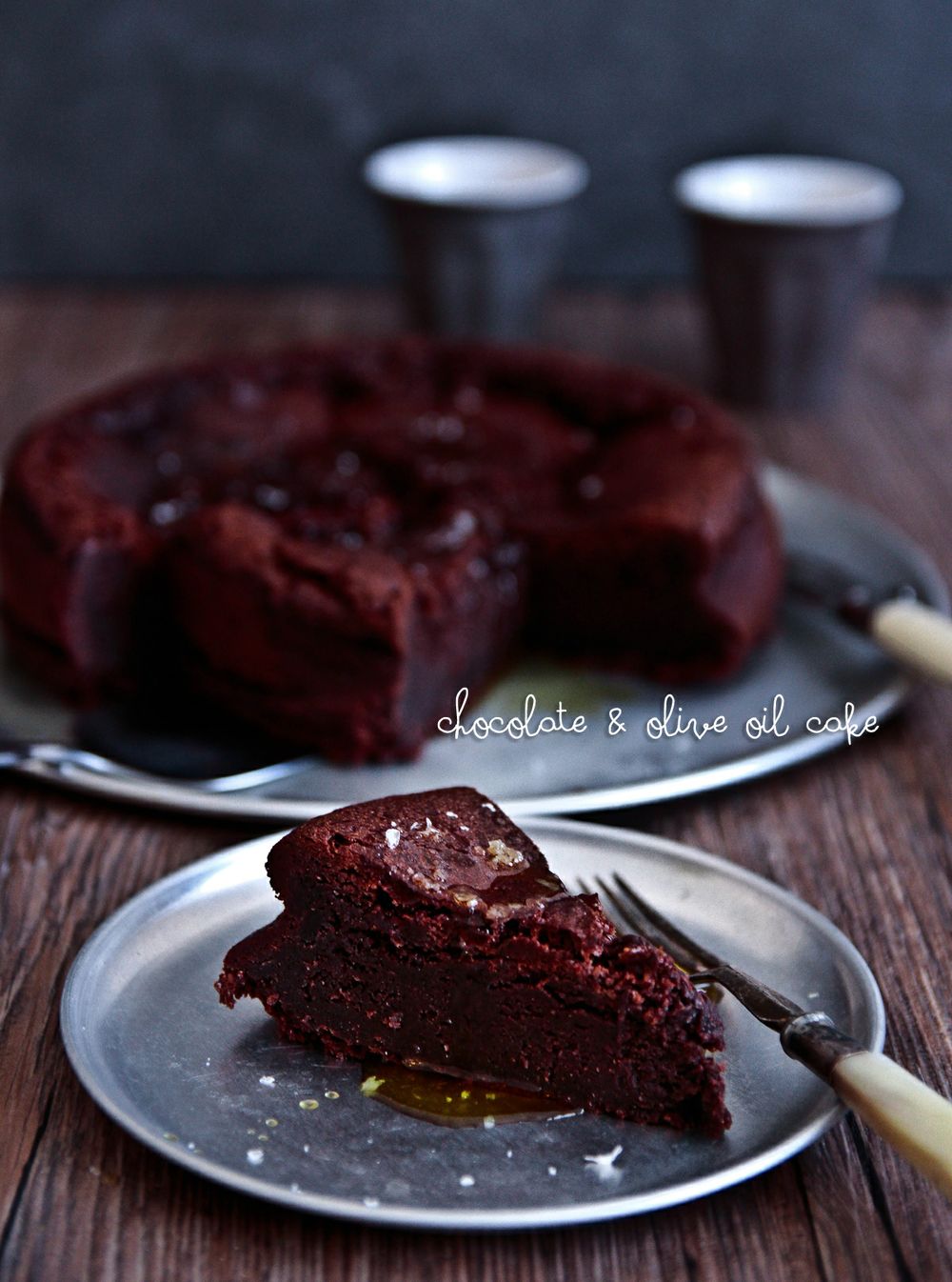 Dear Reader, at some of your request, I'm putting up some of the missing chapters of my book. The first series of missing chapters refers to how I got my book deal, which is a topic that I am often asked about. These chapters were removed from the book because my publisher felt like they took the reader out of the book which I think was a good decision. This chapter was called "The Book That Ate My Life." And also a little reminder that there is a reader event at Gleebooks (49 Glebe Point Rd, Glebe) on Wednesday the 12th of June at 6:30pm where I am "In Conversation" with the star of Food Safari Maeve O'Meara (more info here). I hope to see you there! xxx

Once upon a time there was a girl, (can you be called girl if you are my age?) who turned on her computer to find a bunch of emails. One had the subject line Writing. It was from someone she hadnt met before. It was from a literary agent called Sophie who was referred to my blog through a friend of hers. She asked if I had ever considered writing a book. 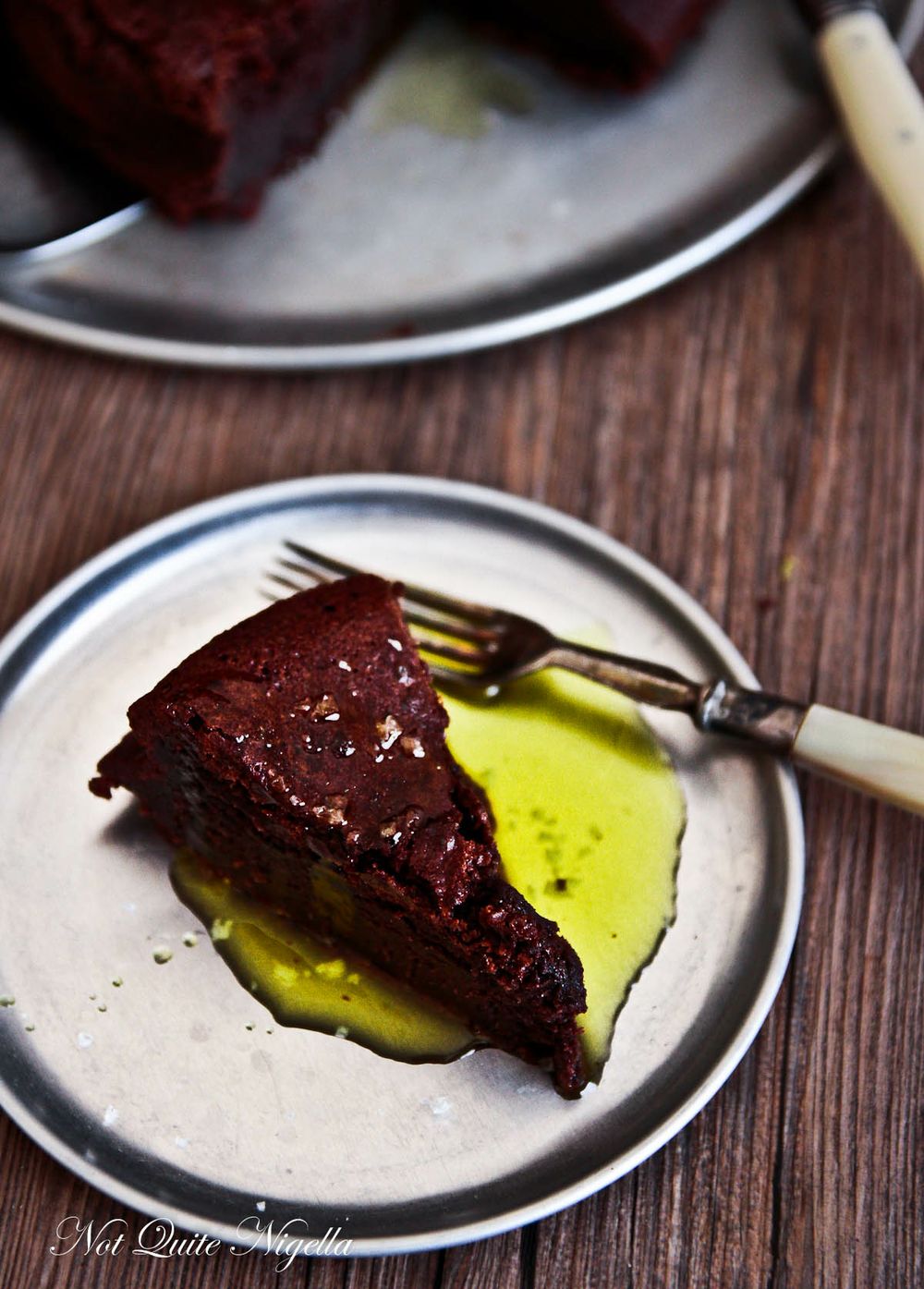 If you had heard of a rather loud scream muted by a satin covered cushion on the afternoon of the 10th of June, 2009 then it was probably me. And apologies to any neighbours that lived underneath us as I ran in circles around my apartment getting excited.

It turned out that the foodie friend is a fellow bloggers and my one time yumcha companion and friend Kristy from Jetlagmama who grew up in Mosman with Sophie, the literary agent. She had told Sophie about my blog which she had then taken to reading. What I learned later was that within the same week, another of Sophies friends, apparently a non foodie, sent her the link to my site. Sophie thought that there might be something there with two trusted people telling her about me so she sent me the email.

This was of course just a germ of an idea as she put it. No-one was bashing down my door to publish my book and even if she wanted to be my agent, that could be as far as it would go. I had seen self published books but self publishing wasnt my cup of tea. I liked the safety of having it published by someone else. Still, I promised to write Sophie an opening chapter so that she could show it to some publishers.

It took me a while. Looking back on the timeline, Im not sure why it was except perhaps a case of having a lot of exciting opportunities and not having the time to devote to something that I knew had to be perfect. It was around this time that I was starting to get advertising clients. I didn't have time to seek out advertisers myself but some came to me with offers. I had a Media Kit ready and I deliberately kept my prices high but reasonable. They were commensurate with the market rate. Some bloggers sign with ad networks that can anything from a tiny $3 per thousand views of their ads whereas the market rate was over ten times that. Either the networks were undercharging clients or there was a fat slice of profit in their own coffers. I wasn't interested in joining because I knew what I should have been paid.

I wrote my first chapter and sent it to her. I'm far too delicate for tough love apart from the self inflicted kind and thankfully she was diplomatic but gave me some criticisms which I appreciated and were all quite right indeed. I had essentially jammed my whole life before blogging into the first chapter without any dialogue at all. My rationale was that people wouldnt care about my life pre blogging but she convinced me otherwise (and hey its okay if you skipped those chapters).

I rewrote it this time getting into it so excitedly that I didnt stop at one chapter and made it two chapters for good measure. The first one was an introduction chapter and the second one was a bit more into the guts of the book. I tended to write quickly and not procrastinate. I was so used to producing a story each day that dawdling was never an option. But I knew it had to be good otherwise Id forever be that girl with an agent but no book deal. I waited and waited for a reaction from Sophie which mercifully came the next day. 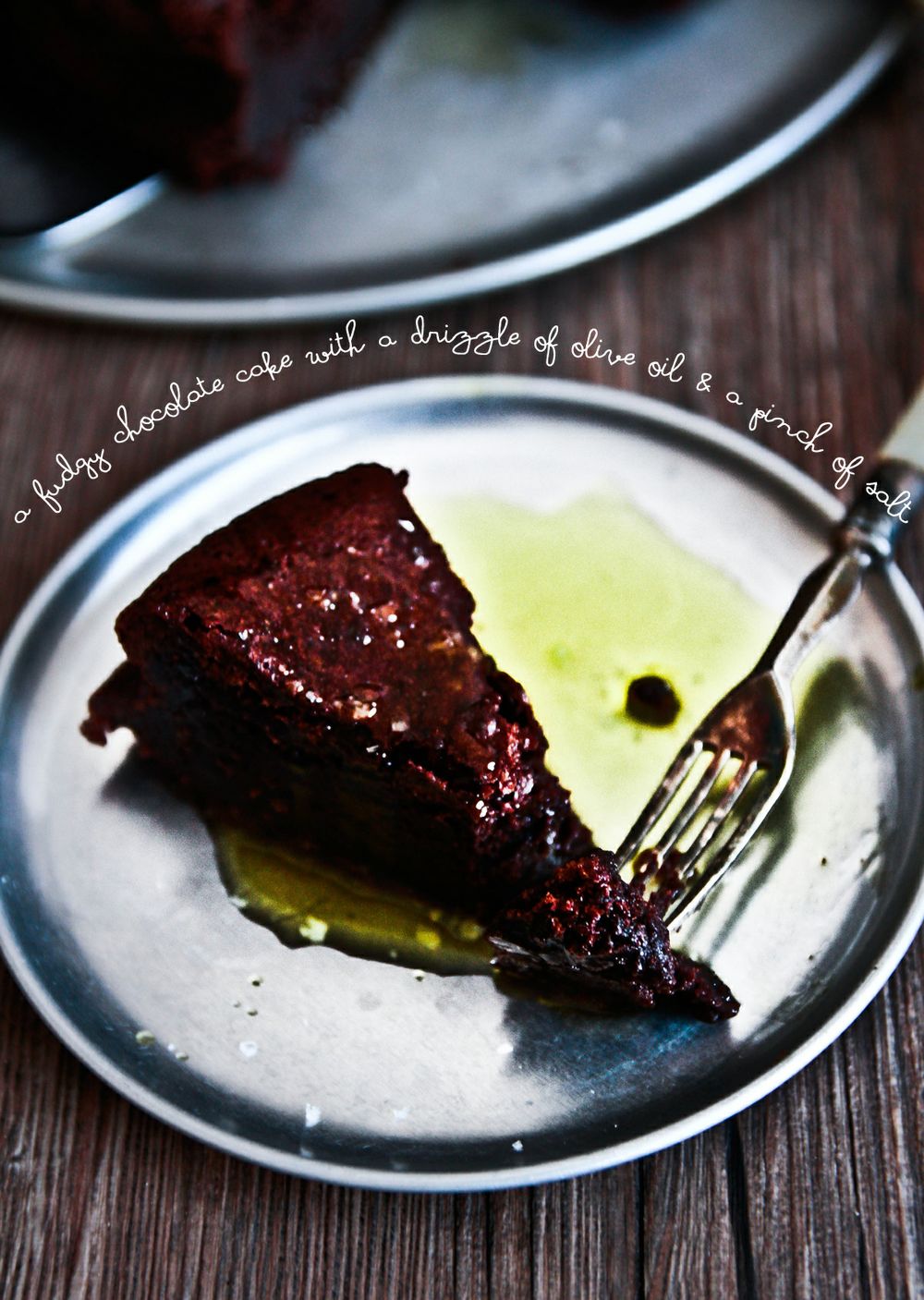 She suggested that I put in some recipes which I was more than happy to and she described what I wrote as warm, inviting and interesting. I was elated but cautious. It still didnt mean I had a deal and I had no idea how these things worked. I had read Twilight author Stephenie Meyers blog which detailed how publishing had happened for her and how its never a matter of photocopying a manuscript and sending it to a publisher only to get it back with a bright red rejected stamp.

I met with Sophie in her offices. I was early so I sat down while she was already meeting with another writer. Sophie was very Nigella Lawson-ey looking and very easy to talk to and we got on very well. She described the process to me and how she would send through a proposal to about ten publishers and hopefully one would come back with an offer.

I was so excited I celebrated the only way I knew how to. I bought three free range chickens on the way home (on sale, I'm not ordinarily a chicken hoarder) and made a pomegranate and pistachio chicken with one. The chicken was incredibly tender helped along by the fact that it was a free range bird. The pomegranates gave it an unusual tartness and the pistachios gave it an additional crunch.

Anyway, here's another recipe that I would use to celebrate good news. A chocolate and olive oil cake. Now you know that with really good olive oils, they're best eaten uncooked and drizzled over food. Although this cake contains butter, you can taste the olive oil which is generously poured over at the end. Okay, I may have lost you but I first had something like this at Bar Tapavino and my friends Ute and Natasha and I all fell in love with this unexpectedly lovely combination. I received a bottle of Novello oil by Pukara Estate and only a limited amount of this oil is produced-1,500 to be exact. It's unfiltered, bright green and buttery and with a peppery flavour.

The flourless chocolate cake itself is deliciously fudgey and rich but it is also really simple if you take a look at it and even if you don't like the idea of olive oil, try a little bit and see which you prefer. At the very least you'll have a chocolate cake that's good enough to eat in bed.

So tell me Dear Reader, do you best respond to "tough love" or "gently does it" criticism? And do you buy multiples of things if they're on sale? And olive oil and chocolate, what do you think of the combo? 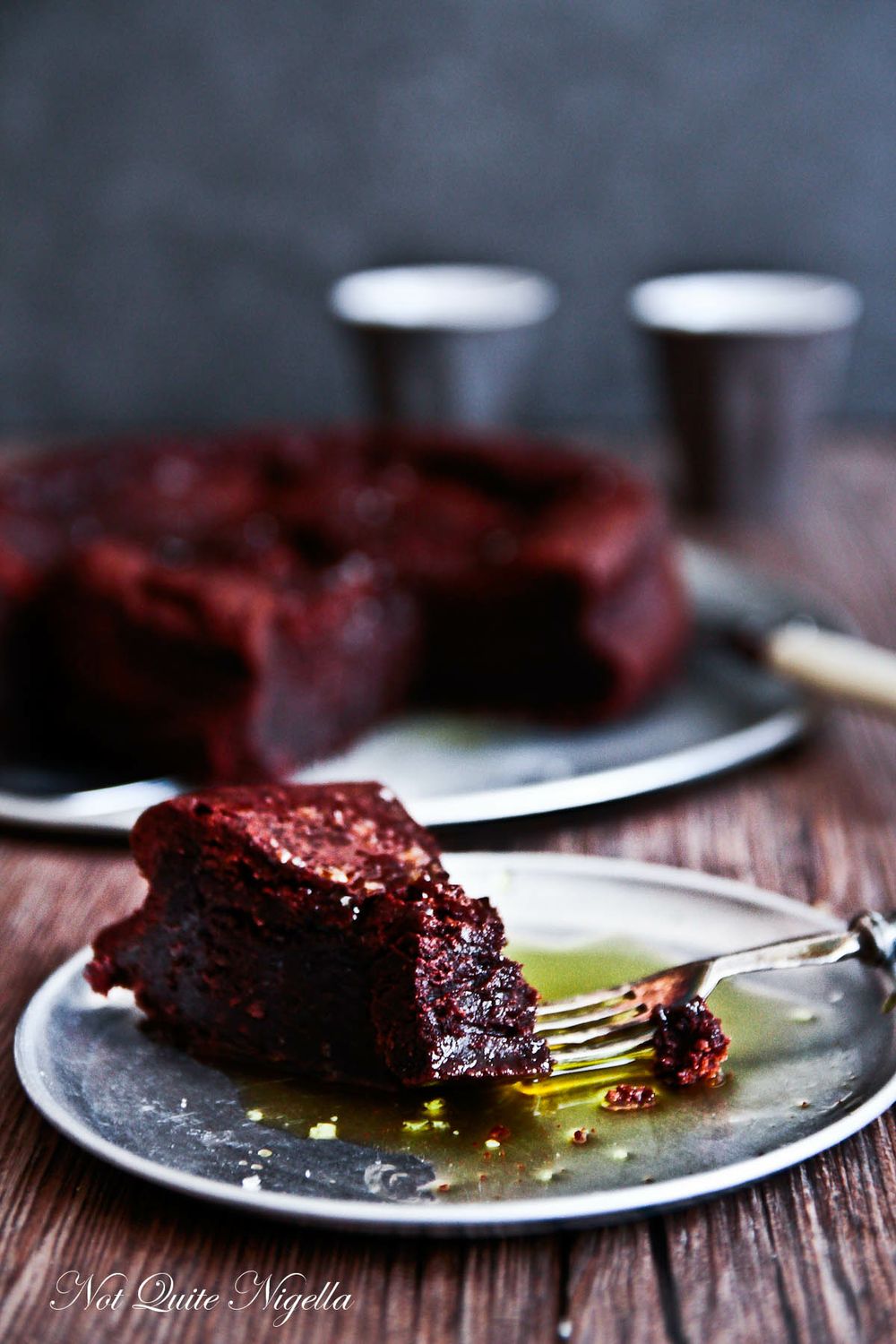 Step 1 - Grease and line a springform or a loaf tin. Preheat oven to 190C. In a double boiler, that is a bowl fitted snugly on top of a pot of simmering water, melt the butter and the chocolate. Add the sugar and eggs and stir until combined. Remove from heat and pour into prepared tin. Bake for 30-35 minutes-the centre should be cooked but it doesn't have to be set hard. Cool completely and place in the fridge. Don't worry if the middle sinks, it's rich and fudgey and that's the main thing.

Step 2 - Drizzle over with the best quality olive oil you can find and sprinkle with salt flakes. 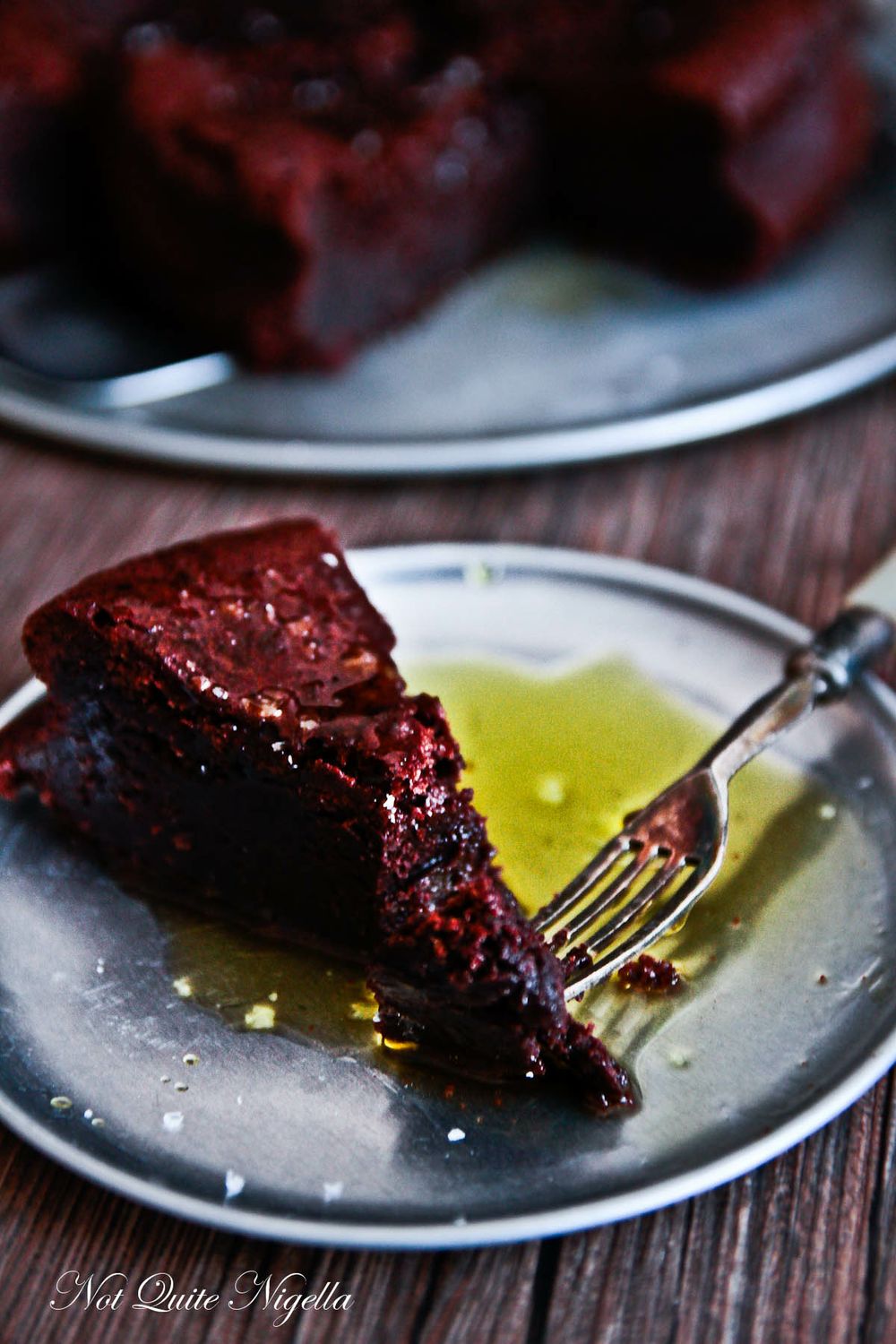