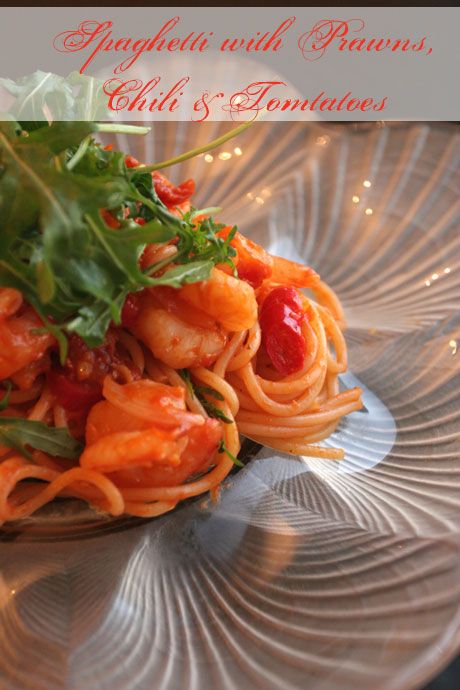 I know that pasta tastes essentially the same, that it's the shapes that are different. And despite knowing that, I still think I prefer spaghetti and won't really eat fettucine. Even though my brain tells me that it tastes the same. And I love risoni too but dislike spirals. I realise I make no sense at all and I can live with that-as long as you don't serve me fettucine or spirals. 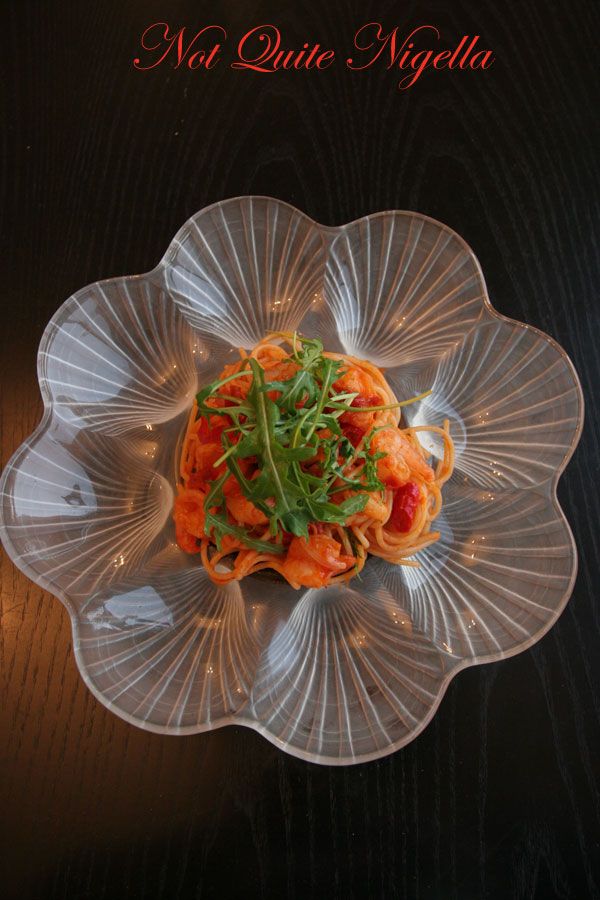 I always like more topping on my pasta so I've specified 12 prawns per person. If you get king prawns you could serve 6 prawns per person. There's something so heart swelling about seeing a huge plate of spaghetti coming towards you with lots of seafood on top. I always pick the meat and leave most of the pasta behind so I'm one that most certainly requires a lot of topping. I've always wanted to use this frosted plate for something. I realise that it would best suit a Scallop dish but I felt that the seafood theme would carry it off and I hope you see the method to my madness. 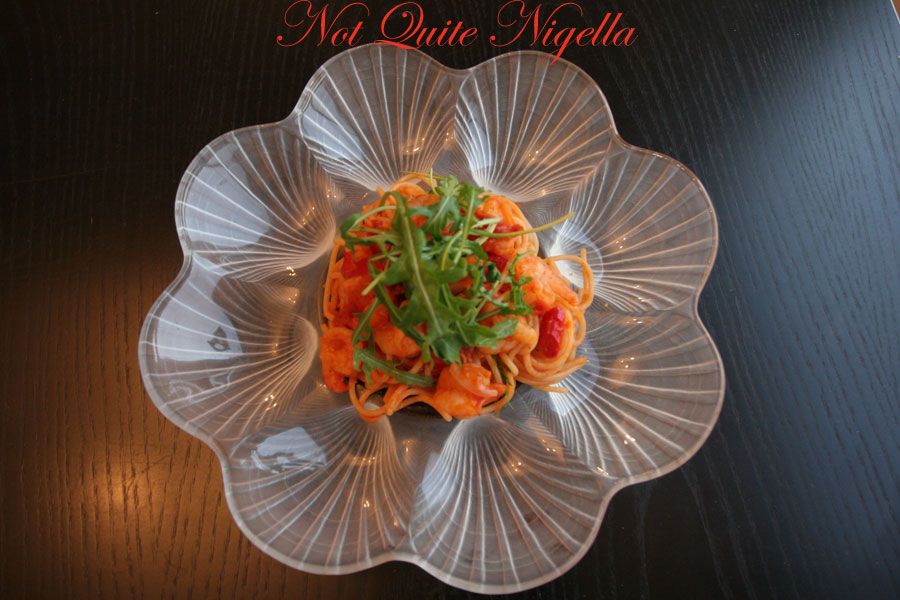 Step 2 - Meanwhile saute onion, garlic and chili in large frypan with olive oil until onion is soft. Add passata and semi dried tomtatoes and passata, season with salt and pepper.

Step 3 - Add prawns and half of the rocket and cook until prawns are just done.

Step 4 - Drain spaghetti and add spaghetti to the large frypan coating in the sauce. Serve on plate and place prawns on spaghetti and top with remaining rocket divided into 2. 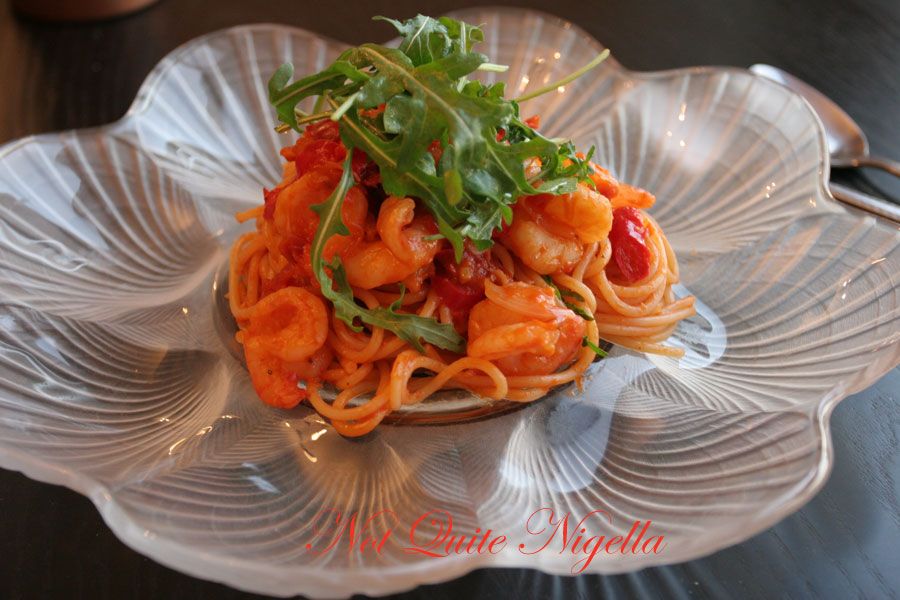