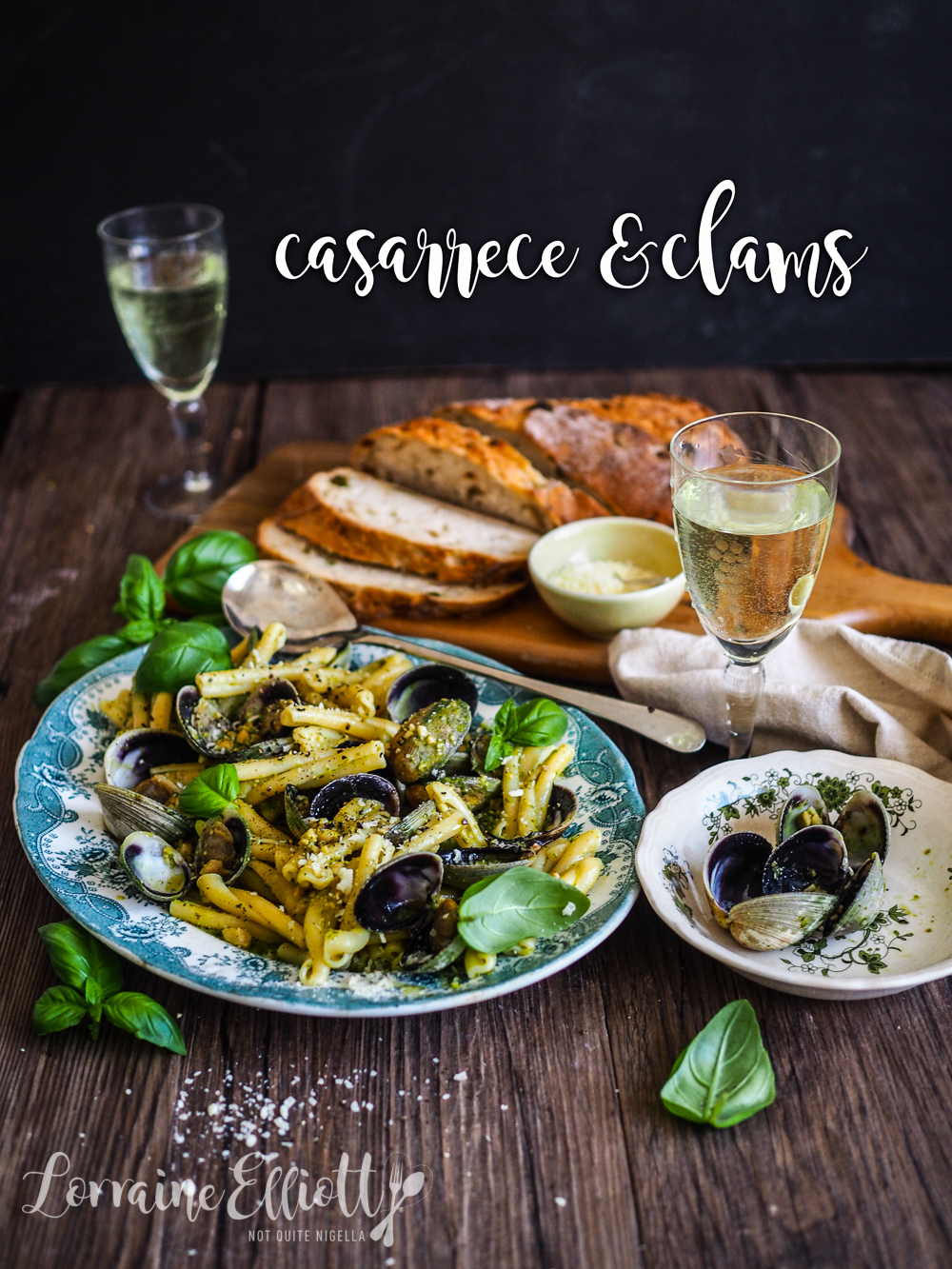 This fast pasta dish comes together before you can believe it! Casarecce pasta is served with a basil pesto sauce with little neck clams. There's no need to order takeaway or eat out when dinner is so easy and tasty!

This dish garnered Mr NQN's best compliment. I don't know about your family but I usually only get a reaction from him after much prompting. However after just a couple of bites he said, "Hey this is really good," without prompting so I'm calling that a massive win.

I ate this after a particularly gruelling session of Pilates. I've been alternating HIIT with pilates and treadmill, mainly because I want to be able to eat what I want. It's based purely on vanity, gluttony and lust (I wonder how many other seven deadly sins I can hit at one time). 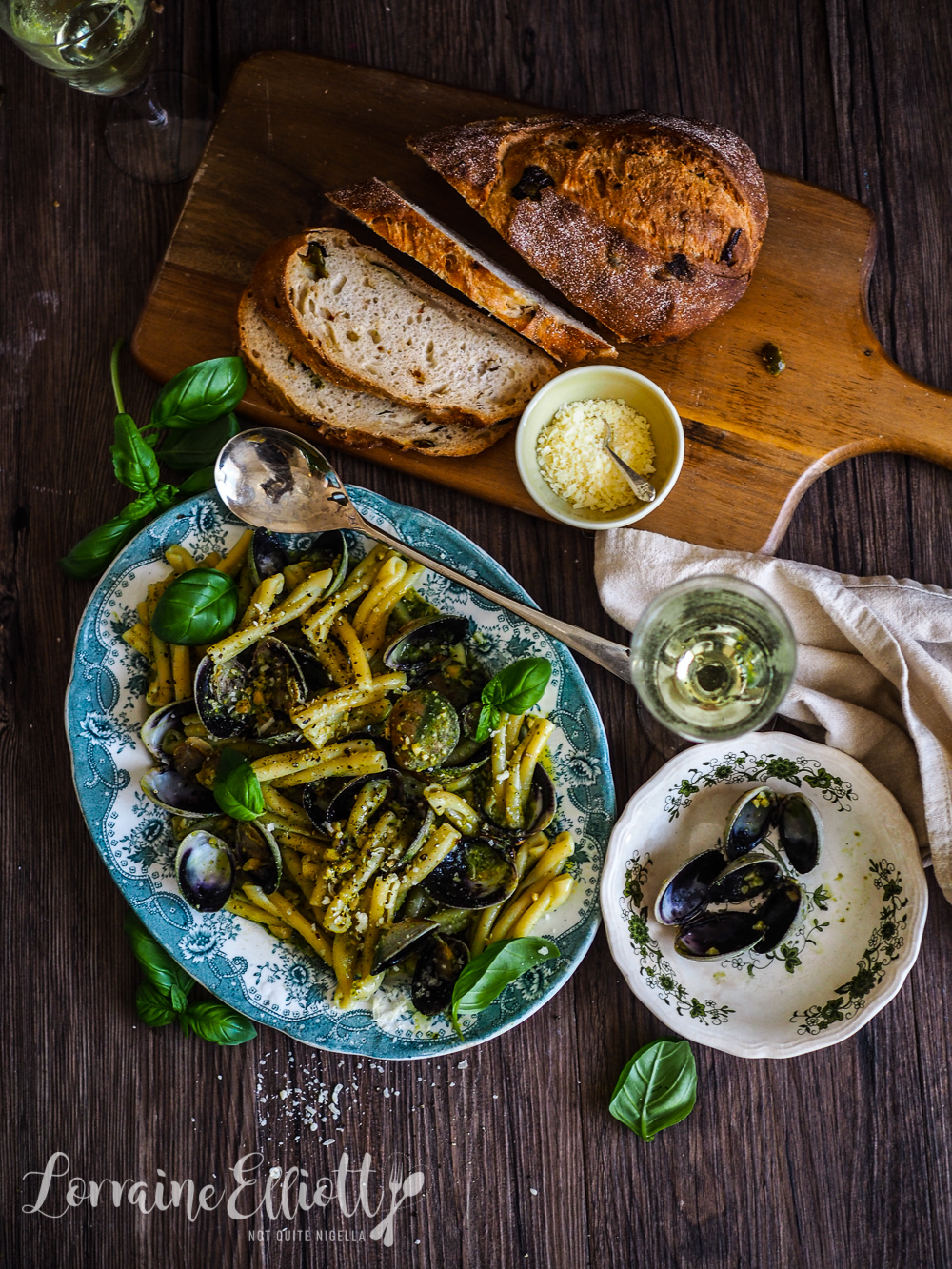 I bought one of those unlimited monthly passes at a nearby studio and Ivy said that she'd show me the ropes because gyms can be intimidating. There is an intro class and an intermediate one and they always ask people to do the intro classes to familiarise themselves with the reformer equipment.

Ivy poo-poohed that idea. "You won't need it, you're fit enough," she said (I'm not) and so foolishly I went straight to one of the intermediate classes with her. I was a bit self conscious about my ability (or lack of it really) but I managed to fake my way along. I basically followed what she did.

Until I came across one instructor. Although he was very friendly he was also tough and within the first ten minutes I was sweating and swearing and I don't really sweat much. "F@!)!!" I said involuntarily as we were doing leg work and proceeded to grunt and make sex noises during the rest of the work out. I don't think I was the only one either and I kept wondering if I could just quietly sneak out without anyone noticing. 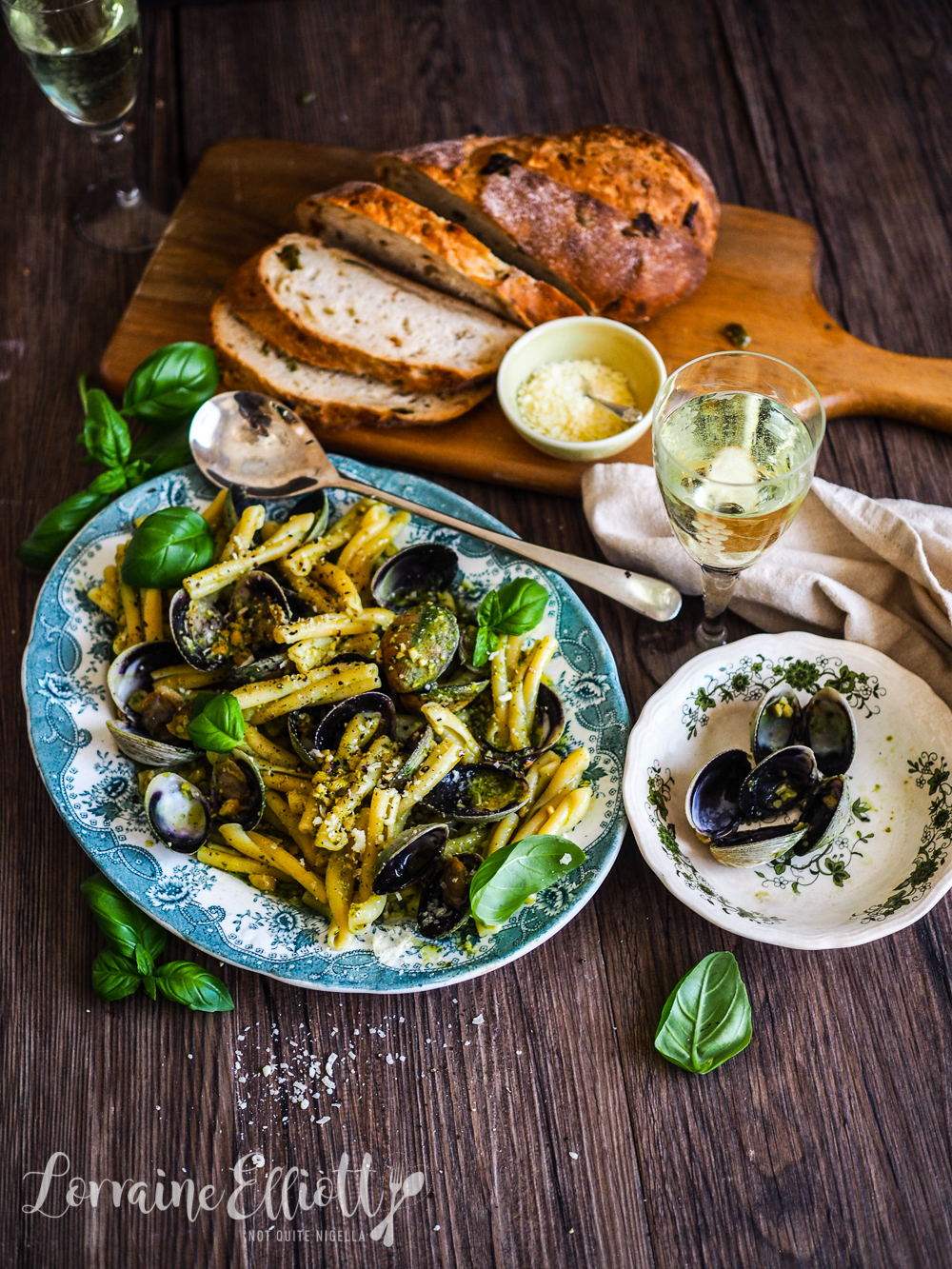 He must have read my mind or noticed me staring at the door. "You can do it...you're doing great," he said and after 45 difficult minutes I made it (barely). I felt like I had gone through a spin cycle by the end of it and my legs were jelly and I could barely walk down the stairs. That night I lay in bed sorer than I have ever been and I was sore for three days afterwards.

After a few classes I started to feel a difference in my abs and bottom, two areas that I really wanted to work on. In fact I think I'll keep going with it although it does eat up a lot of time in my day getting there and back and doing the class. As I was eating the pasta I thought that it was all worth it. However I still haven't got the courage up to return to his class!

So tell me Dear Reader, what is the hardest exercise for you? Which seven deadly sins are you guilty of (pride, greed, lust, envy, gluttony, wrath and sloth)?

Step 1 - First boil the pasta in plenty of salted, boiling water until al dente. Drain off the water reserving 3/4 of a cup. Heat the pan again on medium heat and fry the garlic cloves in the oil.

Step 2 - Add the pesto and half of the pasta water. Then add the pasta adding more of the pasta water if necessary. Finally add the clams to the pot and cook until opened. Season with salt and pepper and serve with parmesan cheese. 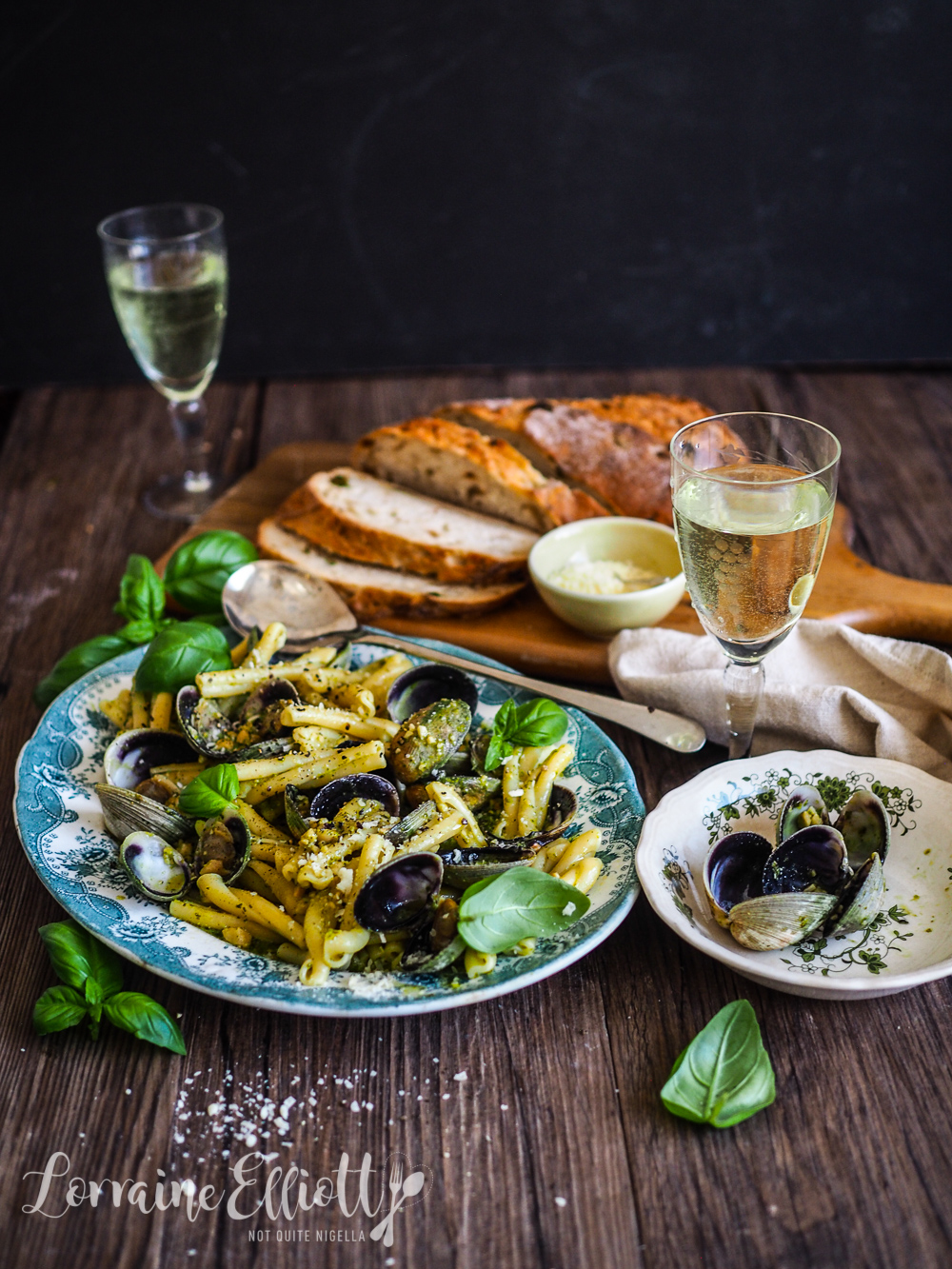