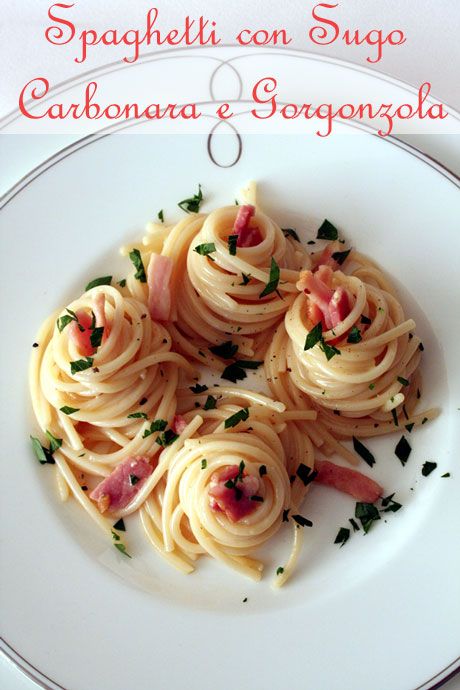 For all of his innate healthiness, my husband's favourite pasta sauce is Carbonara. I don't mind a jot as it's easy to prepare as opposed to a tomato based pasta sauce which requires a long time simmering and splattering scarlet splodges Jackson Pollack-style all over the stovetop. I was watching Nigella Feasts on DVD and saw her making this and I thought that the addition of the waiting wedge of Gorgonzola in my fridge would be a good partner. 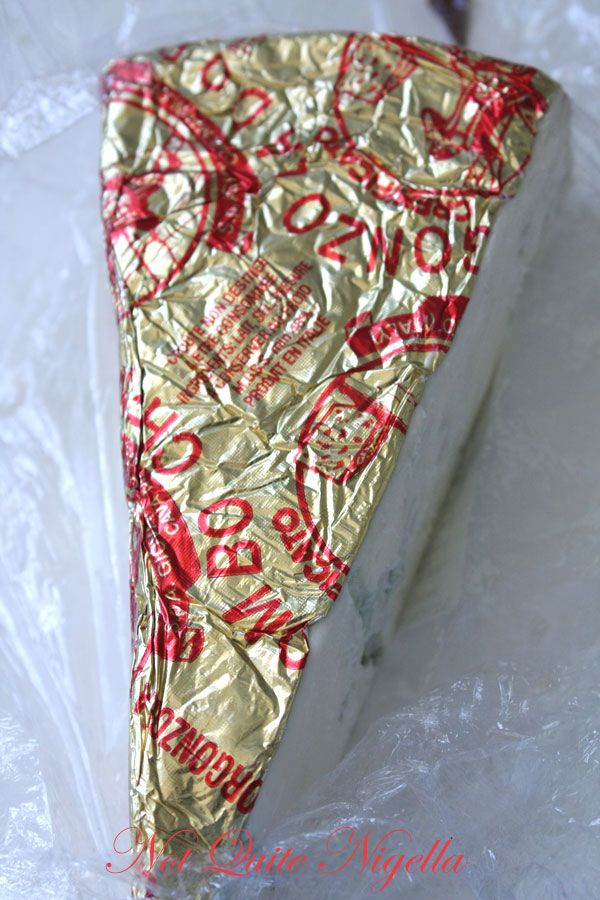 It's not exactly low fat but I figure that 2 eggs is a lot healthier than a cup of cream so I felt no guilt or remorse adding in the Gorgonzola. Besides only a small amount is needed to impart its distinctive aroma. Coupling the taste of Gorgonzola with bacon and parmesan and you've got a virtually remorse free zone based purely on the taste alone. 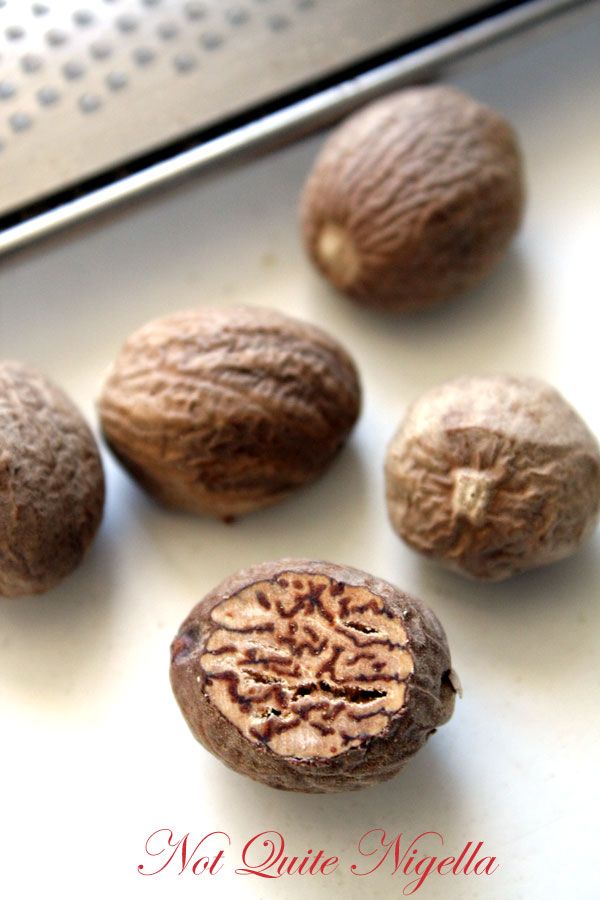 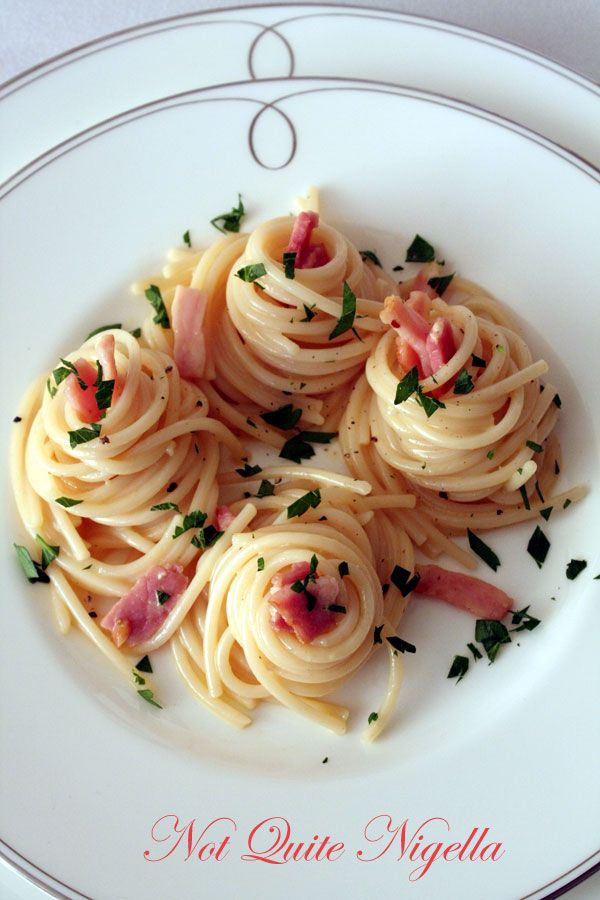 I never know how to plate pasta attractively so I played with the pasta trying to imitate how I've seen it done at restaurants. I wouldn't say that I exactly got the hang of it but I did hopefully a reasonable imitation of it. I even tried to replicate the swirl of the spaghetti to the Barbara Barry plates.

Step 1 - Put a large pan of water on to boil for the pasta.

Step 2 - In another large pan that will fit the pasta later, cook the bacon until cooked but not too browned. Pour over the white wine or vermouth and let it bubble away so that, after a few minutes, you have a small amount of salty winey syrup left. Pour this bacon and wine mixture in a bowl and set aside. Add gorgonzola on medium heat until it has melted and then add 30ml from the total 60ml to form a thick sauce. Take pan off heat.

Step 3 - In a bowl, beat together the eggs, Parmesan, cream, and pepper. Cook the pasta according to the packet instructions, but since you want it kept al dente start checking it 2 minutes before end of the recommended cooking time. 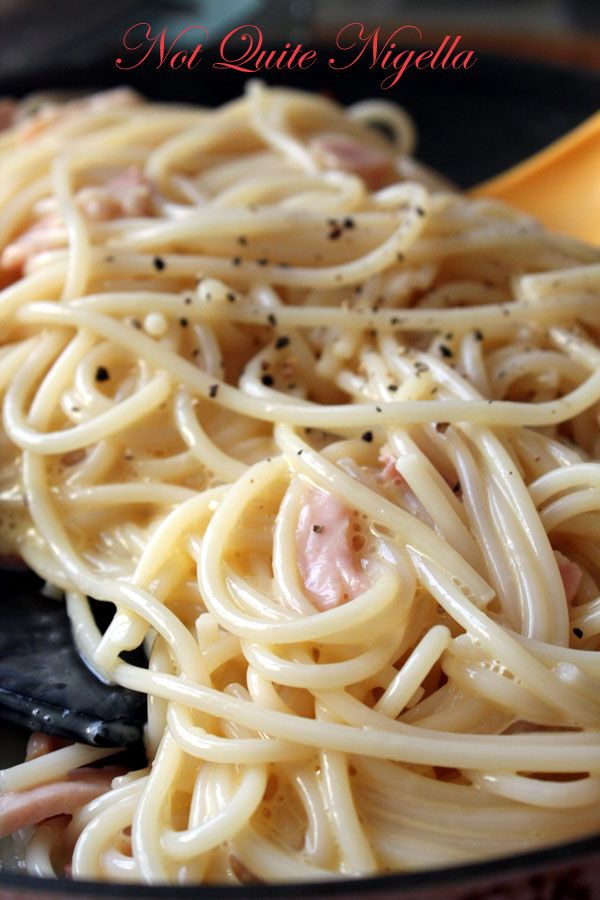 Step 4 - When the pasta is done, remove approximately 1/4 cup of the pasta water before draining. Put the pan with the bacon cubes and gorgonzola sauce back on the heat and add the drained pasta, tossing well to coat with the syrupy pancetta. Take the pan off the heat again and add the eggs and cheese mixture, swiftly tossing everything to mix. Thin with the pasta water, if needed. Grind over some more pepper and grate over the nutmeg to serve.

Step 5 - To twirl take a long tined three prong fork and twirl getting in deep into the bowl. Have a small bowl ready and move the fork with the twisted pasta around it into the bowl and keep twirling until all of the pasta is around the fork. Then slide it from the small bowl to the plate.

Adapted from _Feast _by Nigella Lawson 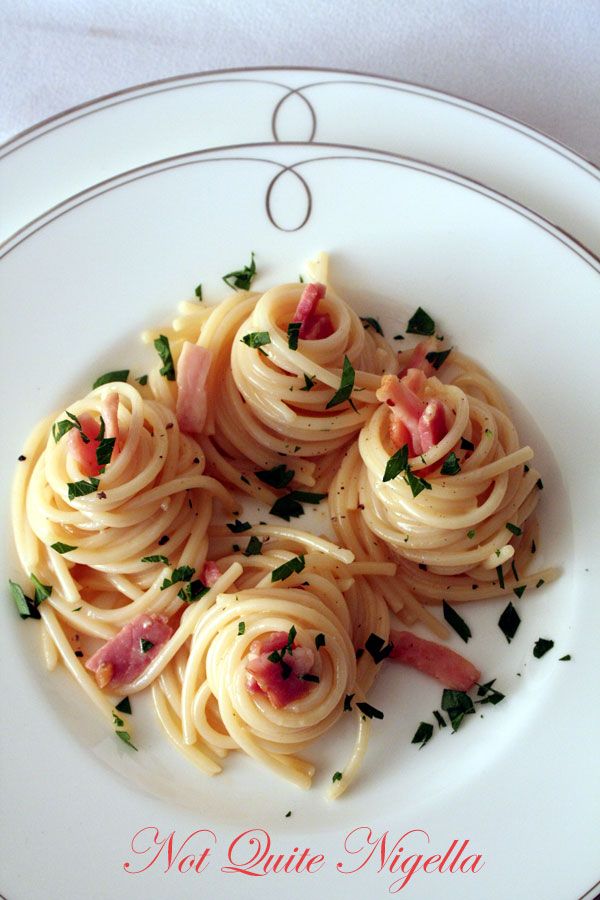