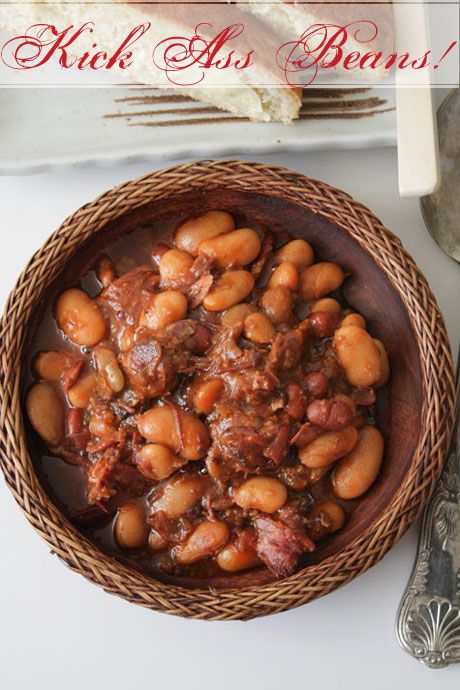 My mother has been extolling the virtues of her Pressure Cooker ever since she bought it a year ago. Even my father has gotten in on the act echoing every positive point she has made. In a reversal of roles, I listened to them talking about it and smiled and nodded perhaps a little condescendingly and thought how wonderful it was that they got themselves a new toy and never thought much about cooking with it myself. Until Winter hit and it was all about stews and soups. And because I was trying to conserve electricity and make all of these wonderful things in less time, I started to look at the Pressure Cooker in an entirely different light. 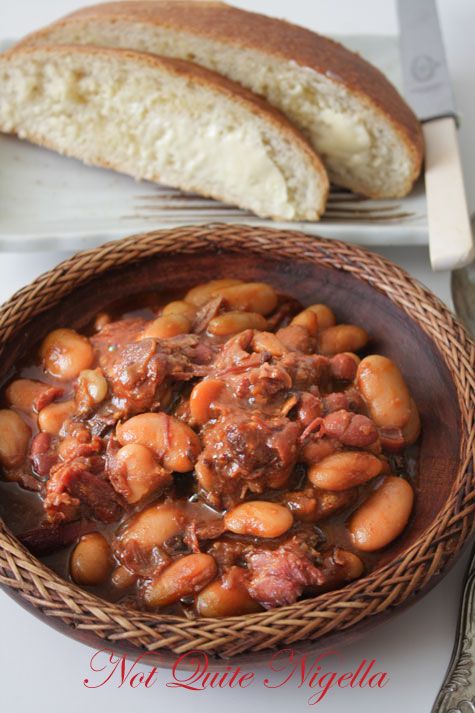 I had meant to make baked beans for a while now ever since reading about them on Vogue forum and seeing how some of my very own readers like romaverona had had success with them. I ended up stitching together a few recipes based on what I read and making my own version of baked beans or as it turns out, a simple version of cassoulet. I love cooking with ham hocks as the flavour is wonderful and it's an inexpensive way to add flavour and meat and the gelatine in them gives the stew or soup a thicker texture. They're also easily found at the supermarket with a 1kg one being about $4. 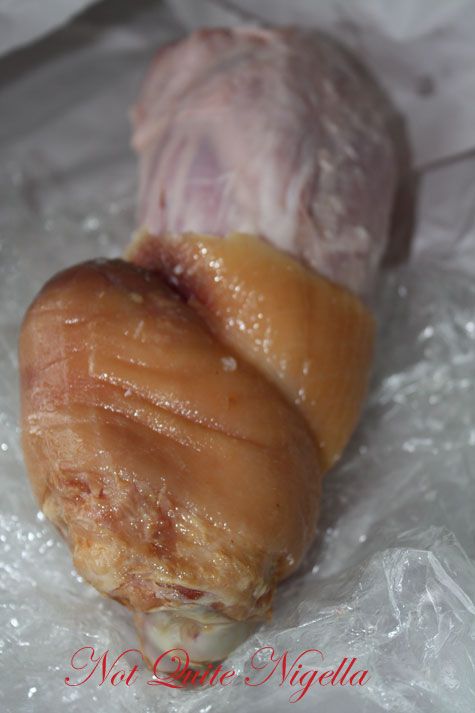 Make no mistake though, these are nothing like the tinned baked beans on supermarket shelves. This is rich as rich can be and as I mentioned before like a simple cassoulet. I remember the first time I had cassoulet at Sel et Poivre. It wasn't on the menu and yet I saw a table of French being served up huge bowls of this so I asked the waiter as I liked the idea of eating something that was off the menu. They had some left so I tried it and loved it and have always thought in the back of my mind to make it one day. And today when I tasted it I was struck at how similar it was to a cassoulet - albeit a simpler one without the sausages (although you could certainly add a couple of good quality sausages to the mix). The molasses lends it a dark, mysterious caramel flavour and the bacon and ham hock give it a beautiful smokiness. It is very rich though so serving it with some warm buttered bread is quite necessary to counter the absolute richness of the sauce.

But back to the Pressure Cooker. Obviously the biggest advantage is saving time and therefore electricity as they cook in about a quarter of the time. You can also cook your dinner earlier in the day, turn it off, leave the lid closed and when you come home, your dinner will be ready with just a little heating up. This recipe is particularly easy and involves throwing everything into the cooker and then turning it on.

Being a Pressure Cooker virgin I thought I ought to look it up as I know that if you don't, you could end up sans eyebrows, with food all over your kitchen. These tips are crucial and the most obvious one is to read the manual. In addition to this:

Of course if you don't have a pressure cooker you could do this in a slow cooker (the opposite process but with its own merits) or in a foil covered baking tray in the oven.

So tell me Dear Reader, have you ever had one of those special dishes that wasn't on the menu? Did you like it? 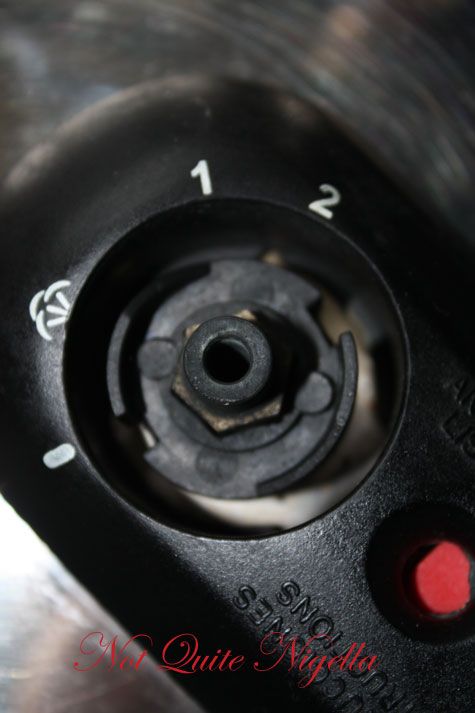 Nothing in the small round hole: crucial!

Step 1 - Ensure that the pressure cooker is clean and that there is nothing, including dried food particles, in the hole. 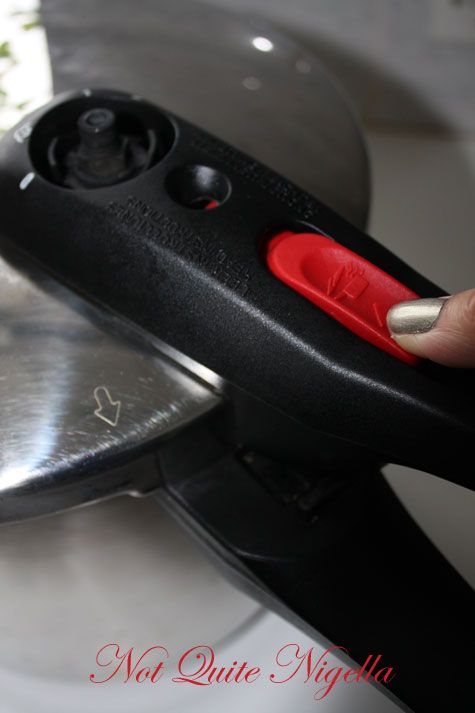 Opening the Pressure Cooker by depressing the button

Step 2 - Add all ingredients ensuring that the pressure cooker is not filled over 2/3rds full.  Turn the pressure cooker valve to the setting (I used setting 2) and place on stove and turn heat up to high and then when steam starts coming out, turn down to medium and cook for 45 minutes. If you are using tinned beans, as they are already cooked, add them in at the end once the 45 minutes is up and you have released the steam. You can cook them in the lidless cooker for about 10 minutes to help them absorb the flavour. 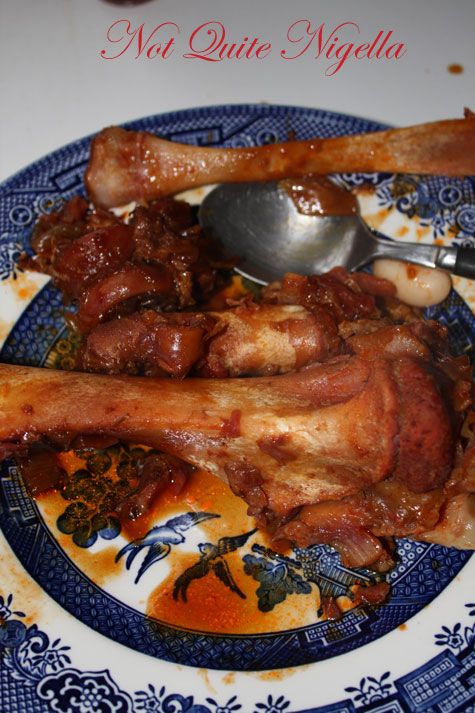 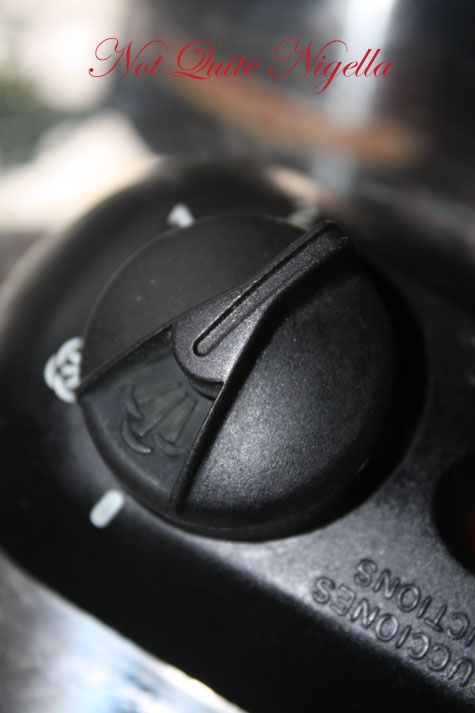 Steam valve to release steam once it's cooked. Don't open the cooker until all the steam has been released!

Step 3 - When the time is up, switch valve on to release all of the steam. It takes about 5 minutes but I like to leave it for 15 minutes as I like my eyebrows and don't want them blown off ;). Enjoy! 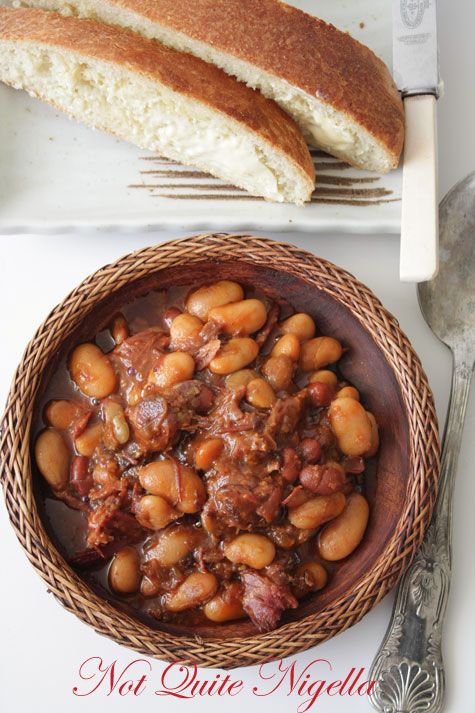