Win 1 of 5 Copies of Michael Moore's Moore To Food! 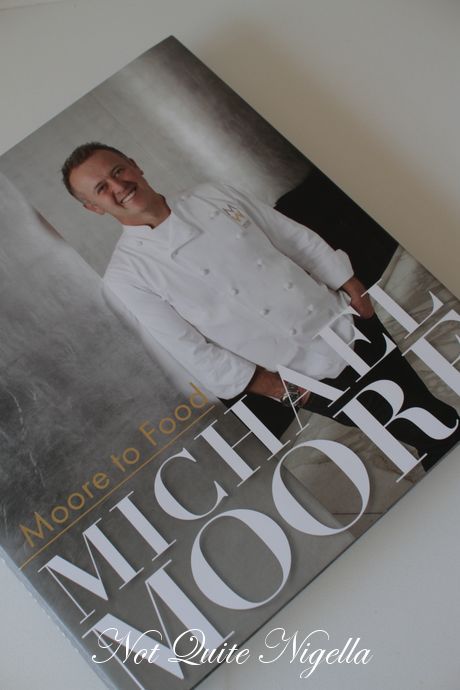 "Madonna is in for lunch, Elton John wants a birthday cake, Joan Collins is in the queue in the cafe, Sean Connery loves the beef, Mick Jagger can't get a table because Michael gave it to his wife. Michel Roux wants you to autograph his lunch menu, Alain Ducasse wants the recipe for the snapper and Marco Pierre-White wants to know where you came from. And can Michael make a menu for Dustin Hoffman?".

And so writes chef Michael Moore that these things actually did happen to him within the space of one week. British born chef Moore (not the filmmaker or the other American chef) grew up in a caravan-he tells us that "a caravan" is listed as his birthplace on his birth certificate. He now owns and is the chef at the Summit restaurant in Sydney. It's been years since I visited but I do remember the delicious food and the lovely view (although they could work on the service ;) ). 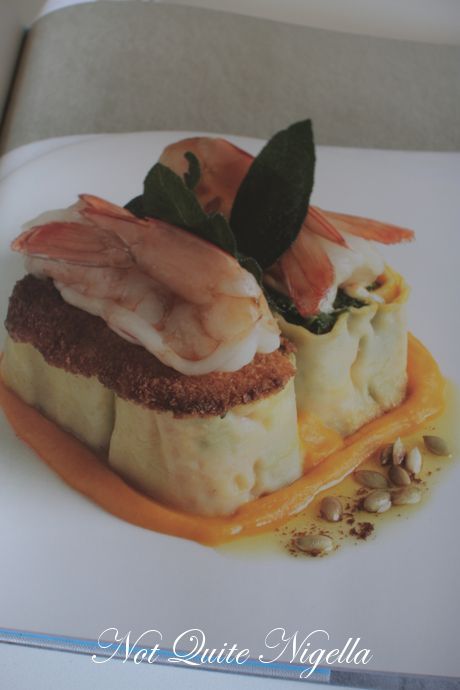 The book is an enormous, glossy tome with a range of dishes with varying degrees of difficulty. Most of them are visually stunning and require some kitchen skills -or at least that I lusted after are.  The twice cooked pork belly with a roasted apple marmalade comes with a thin perfectly rectangular thin layer of crackling and resembles a mille feuille, and there's a lovely seared prawn, pumpkin and spinach rotolo. And then there are easier dishes like grilled veal chops with risotto and pan fried snapper fillets with lemon butter which would make a great dinner party dish (read: nice presentation, disproportionately small effort ;) )

Also helpful is a small cheese section in the back which features various cheeses and recipes for items to serve them with (Stilton with tea soaked prune, brie with quince paste)  as well as a petit fours and cocktails section. 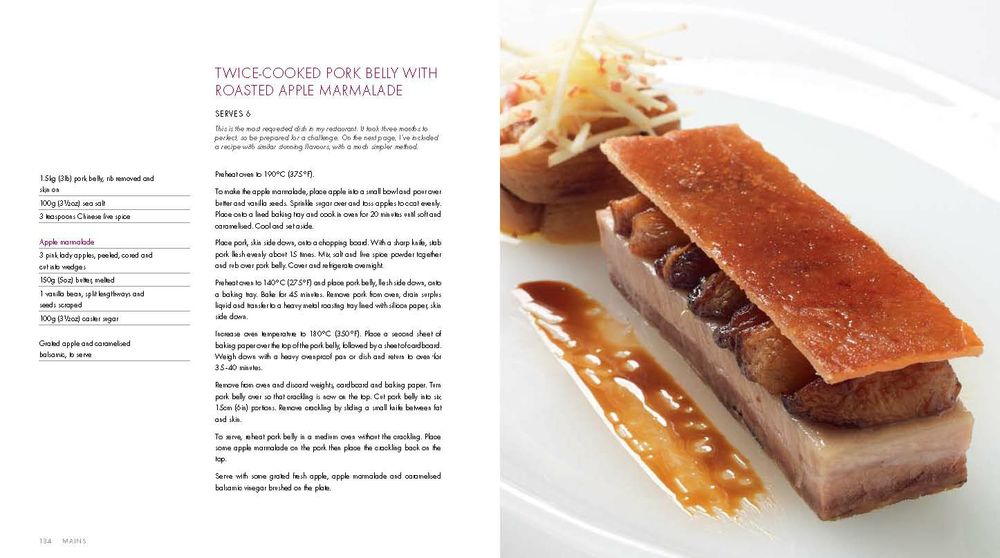 And thanks to New Holland five lucky Not Quite Nigella readers will win a copy of Michael's cookbook! All you have to do for a chance to win one of these copies is tell me which celebrity you would like to cook for the most and why! *Simply add your answer as a comment to the story. The competition ends at Midnight AEST Thursday 5th of December, 2010. You can enter this once daily and this competition is open anyone in Australia.* 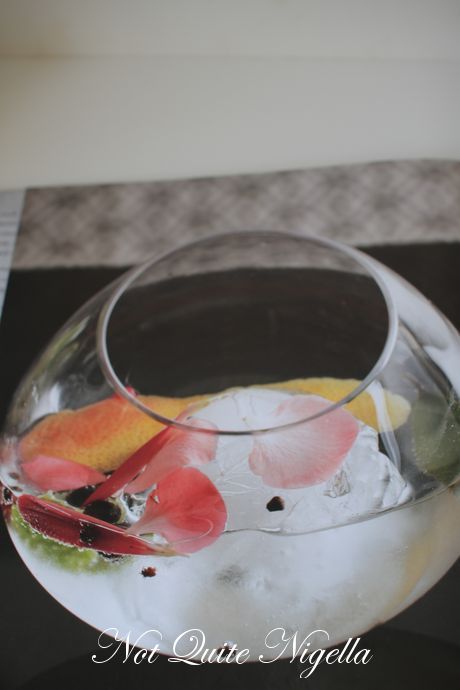