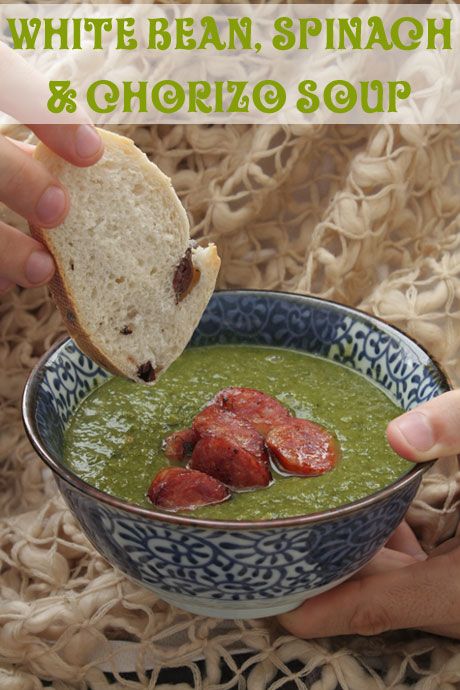 My husband was sick with the flu this week and as anyone knows, men are a downright drama when it comes to being sick. They, or at least my husband is, the worst patient in the world. They turn from agreeable, pleasant, dependable creatures to babies who can't do anything except for what they want to do. No matter how many times I told him to put the laptop away he wouldn't. No matter how many times I told him that he had to eat something, he wouldn't. I even bought him a gift to cheer him up (a set of boats as he is a keen sailor) and he pushed it away sulkily and asked if I could return it to the store. I felt like I had suddenly adopted a 5 year old in the midst of a 5 day long tantrum. 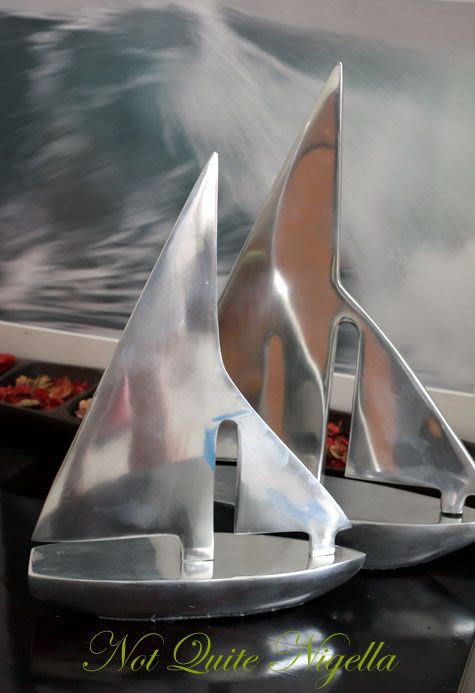 So in the midst of this, I tried to cook him some soup to aid him in his recovery, which in turn would help preserve our marriage and allow me to keep a modicum of sanity. I had some spinach leftover from the Daring Bakers Spinach lasgane escapade, some chorizo in the freezer and some cannellini beans in the cupboard so I was pretty much there and done. I threw in some other vegetables that I thought would go well with it and and some garlic which would help with his flu and voila, I finally had a soup that would be fit for my Little King. 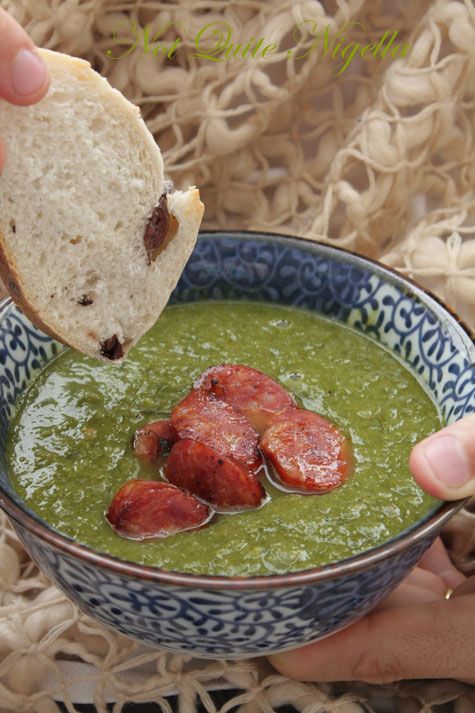 Did he like it? Perhaps it was the guilt from rejecting the gift, perhaps he was getting better but he loved it and ate is greedily. His appetite returned for this sustaining and healthy soup and before I knew it, he had eaten more than he had within the last few days combined. The soup somehow had a creamy texture from the white beans and the spinach and the addition of the chorizo gave it a spicy punctuation (but of course you could make this totally low fat and vegetarian by omitting the chorizo). And in return he was much less cranky and that certainly saved my sanity and subsequently, our marriage.

Step 1 - In a large saucepan, heat oil and fry the celery, onion and carrot until softened - about 10 minutes

Step 3 - Meanwhile, in a shallow saucepan, fry the garlic and chorizo until chorizo is cooked through and garlic is browned (but not burnt)

Step 4 - Taste soup for seasoning and add salt and pepper if necessary. Blend soup in blender until smooth. Ladle into bowls and place chorizo pieces on top. Serve with crusty bread - I served it with an olive sourdough. 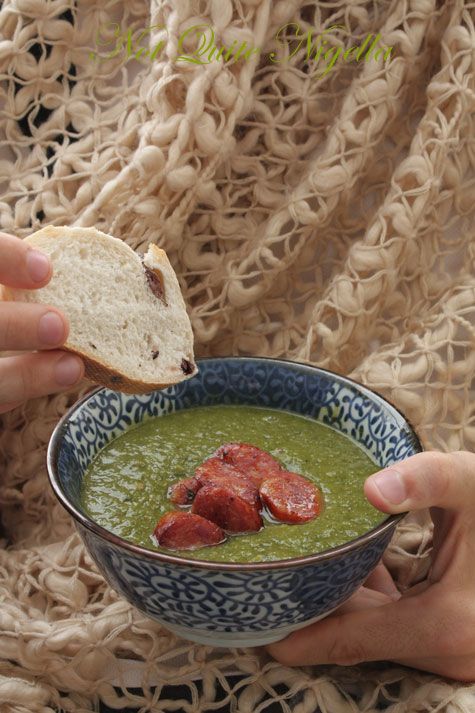