Cream Of Celery (or Anything) Soup! 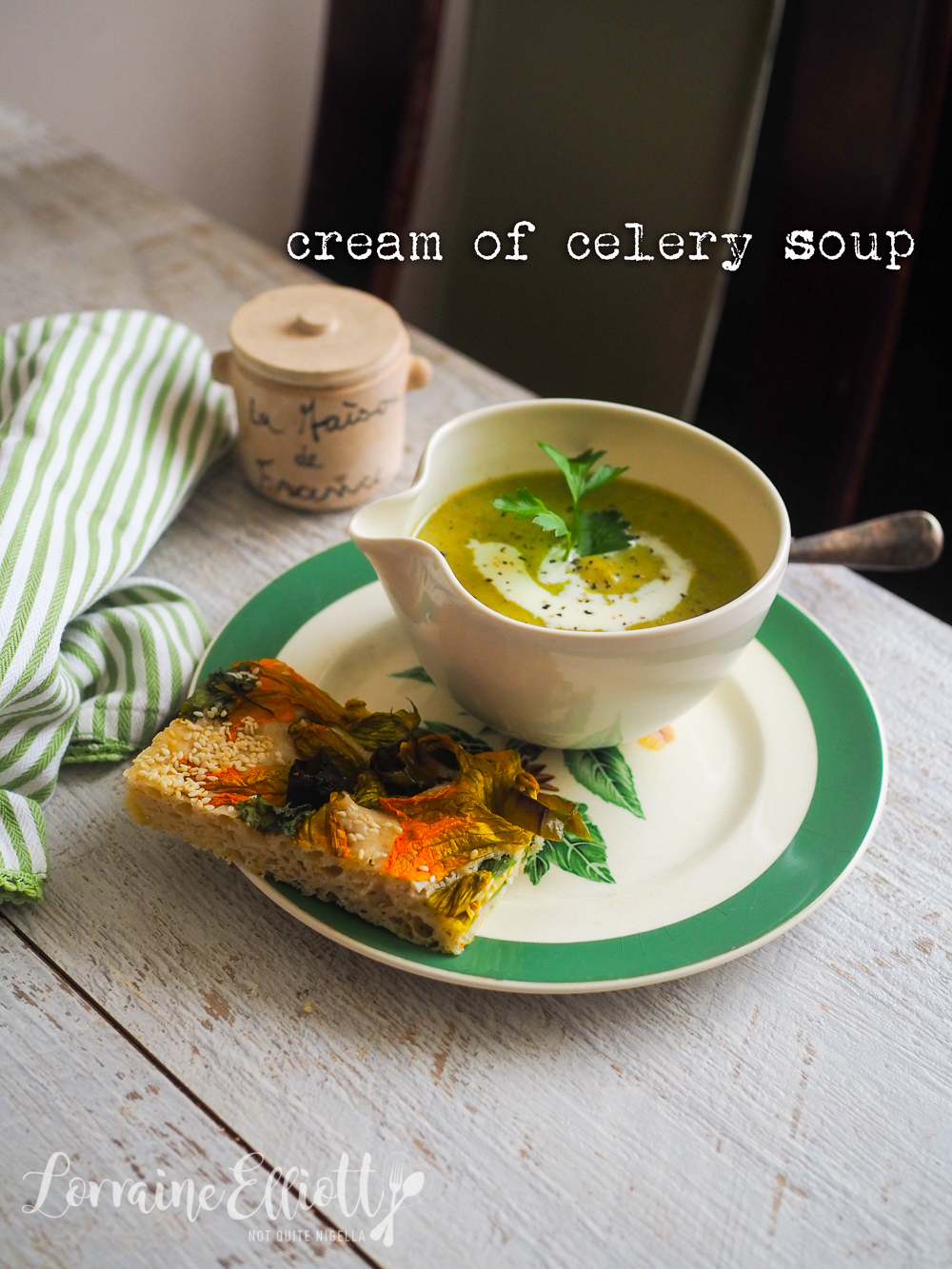 This versatile cream of celery soup recipe can actually be applied to a whole range of vegetables, not just celery. If you've got something in your vege box that you don't quite know what to do with, try making it in a "cream of" soup! I promise it will be delicious, warming and easy! In fact this is really a Cream of Anything soup!

I have a confession Dear Reader: I'm not a huge celery lover. I don't love the stuff and that's why there aren't a huge amount of celery recipes on the blog.

This Cream of Celery Soup was made using Chinese celery that looks like flat leaf parsley but with a strong celery flavour to it. I didn't buy it, it was part of my fortnightly vege box. I ended up giving half to Ivy who loves celery and used the rest in soup. I don't mind cooked celery as much as I dislike raw. Once upon a time a friend's mother put celery on pizza and it was surprisingly good.

You can use other vegetables for this! In fact this recipe is the basis for so many creamy soups that I make. Switch out the celery for any vegetable really eg carrot, zucchini, pumpkin, sweet potato, potato, fennel, cauliflower and spinach. 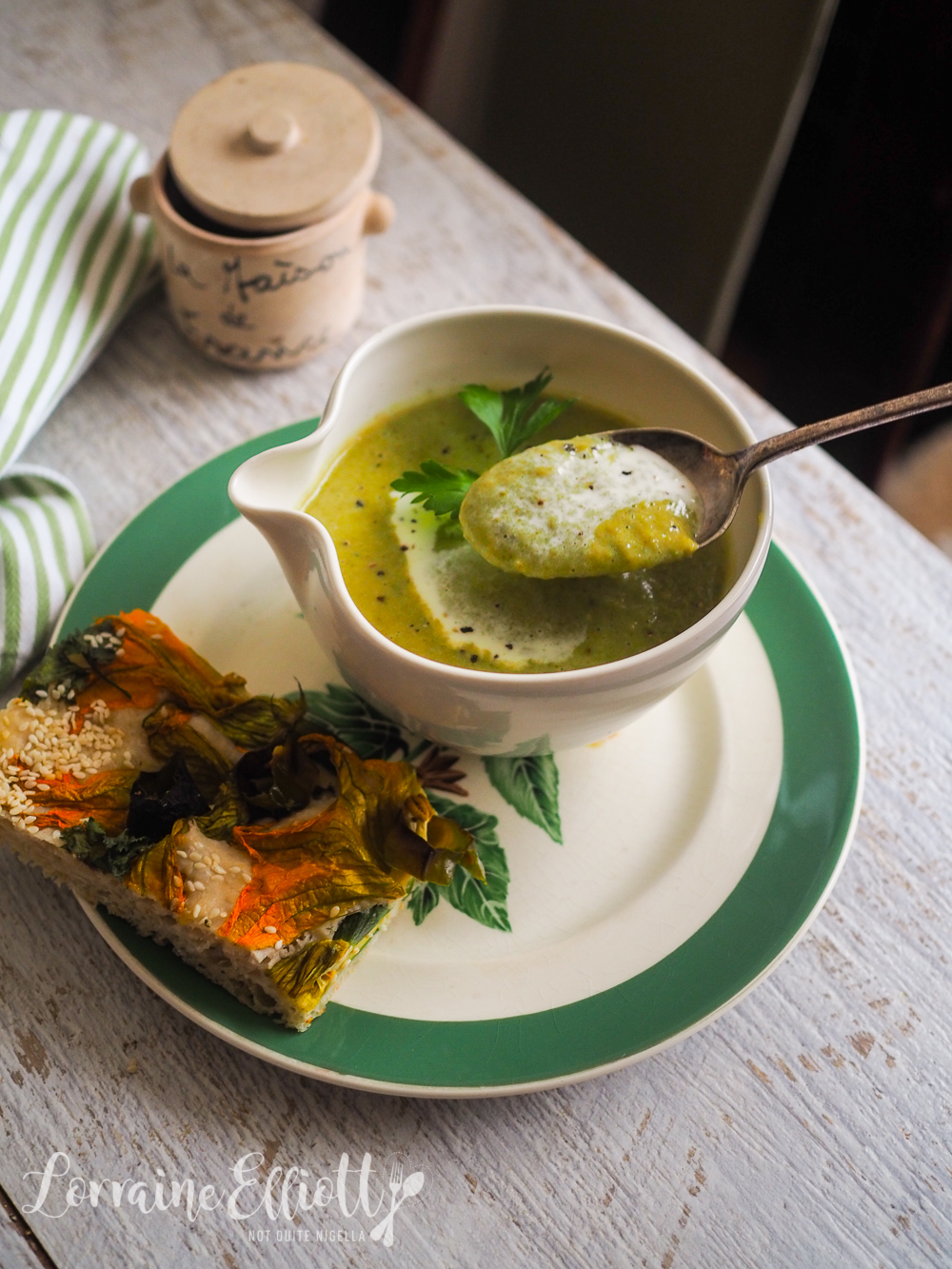 I'm glad that Mr NQN loves celery because he devoured this soup and went back for seconds. Lately he has also been obsessed with a new app called Blinkist (not spon). Apparently it summarises books in around 15 minutes.

"I've read 27 books!" he said proudly. I mean you listen to the summaries rather than reading them but I'm sure you know what he means.

We listened to a book on a drive. I realised that it's not really for me as I tend to read books to enjoy how a writer expresses themselves, he listens to ones where it's more about conveying facts or information. He brought up a book about the infamous con artist Frank Abagnale. He's the guy that they based the movie "Catch Me If You Can" on.

I asked him about details of the capers and he furrowed his brow. "Hmmm I don't remember," he said so many times that he admitted that perhaps it wasn't the best for conveying all the facts. "I guess maybe I'll use it as a suggestion tool to see if I want the whole book!" he said.

So tell me Dear Reader, where do you stand on celery? Fan or foe? Have you ever eaten it on pizza? And would you prefer a book summary or do you read for the prose? 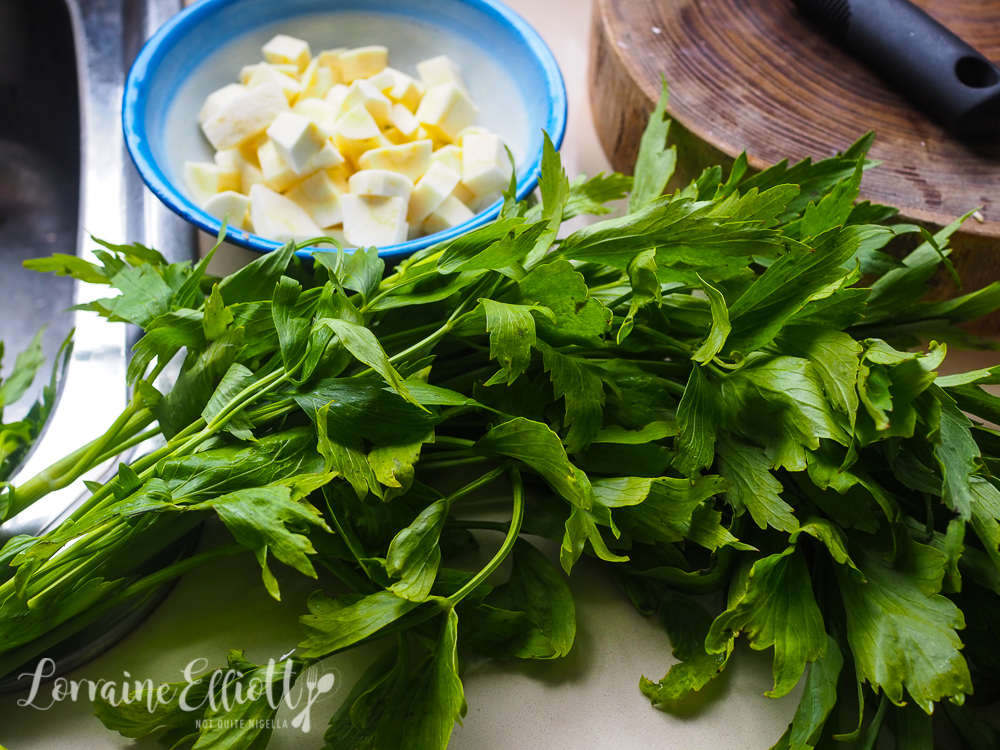 Step 1 - Heat a large pot on medium heat. Add oil and sauté onions for a few minutes until softened. Add garlic and sauté for another minute. 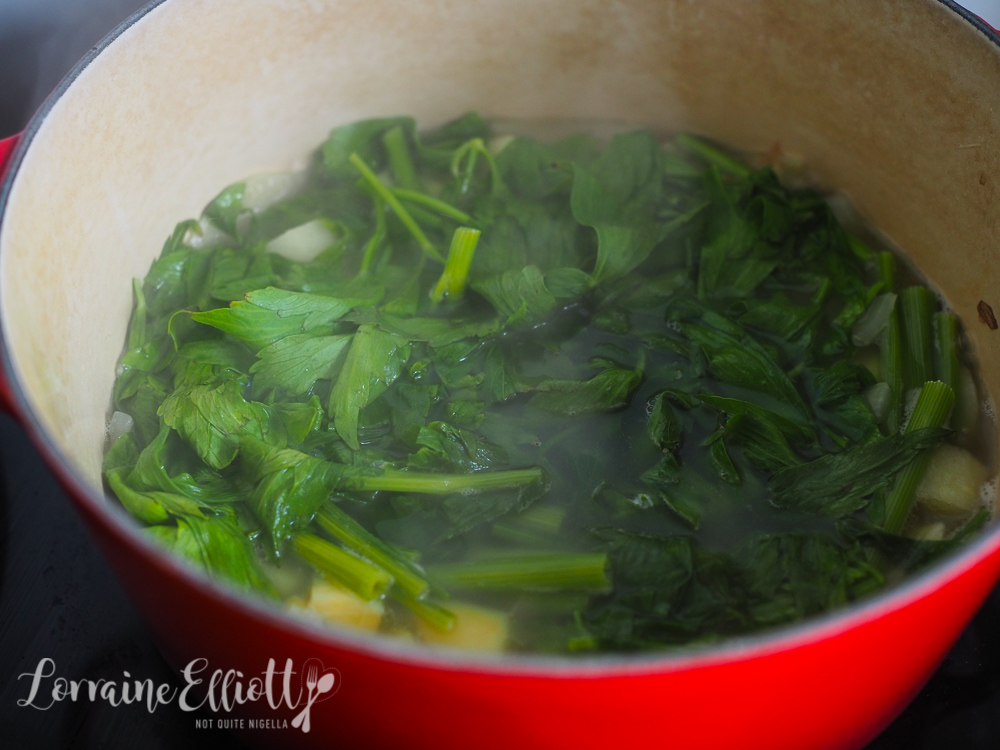 Step 2 - Add the parsnip, celery and stock. Bring to a boil and place the lid on and simmer for 20-30 minutes or until the stems and parsnips are soft. 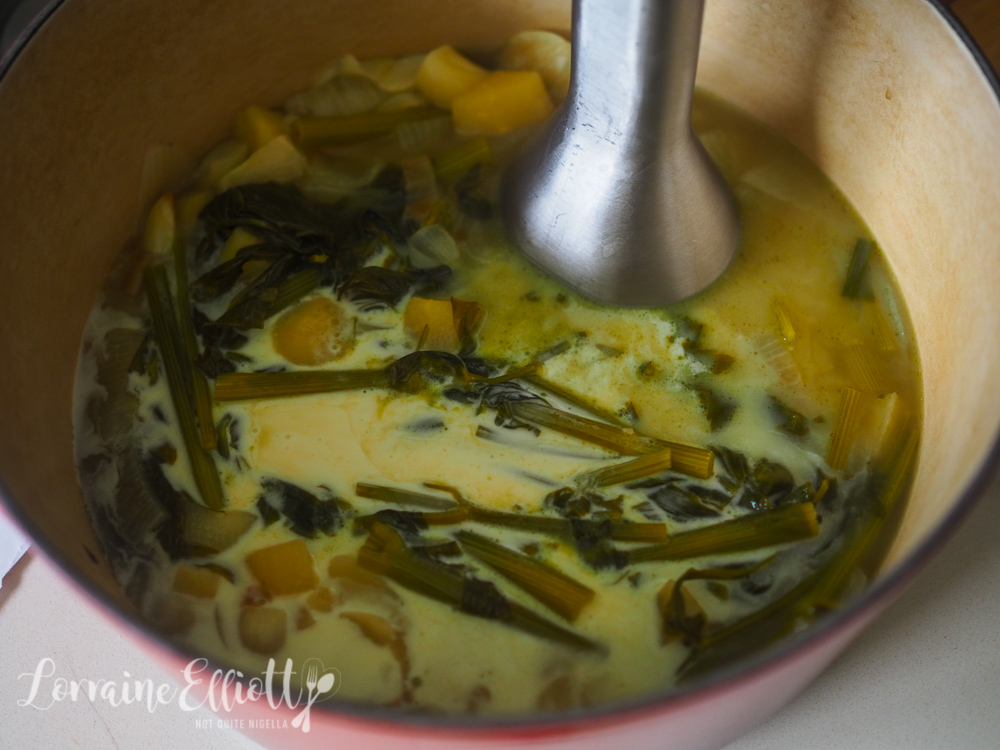 Step 3 - Add cream and puree soup with stick blender (do not blend hot soup in a closed blender) until smooth in texture. Season with salt and pepper. 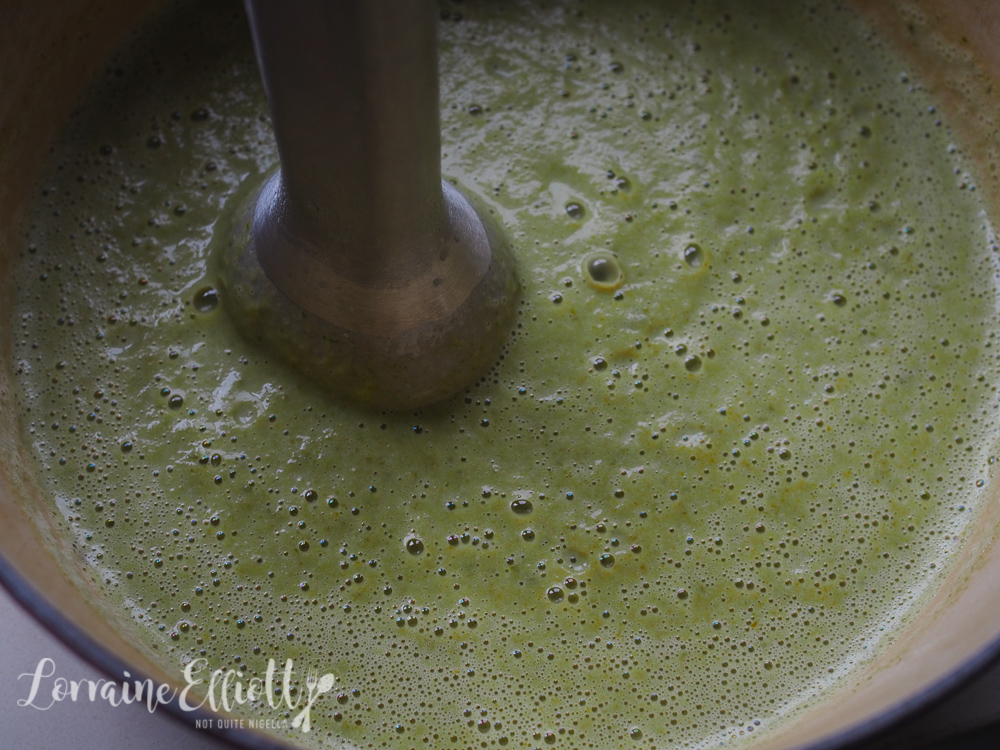