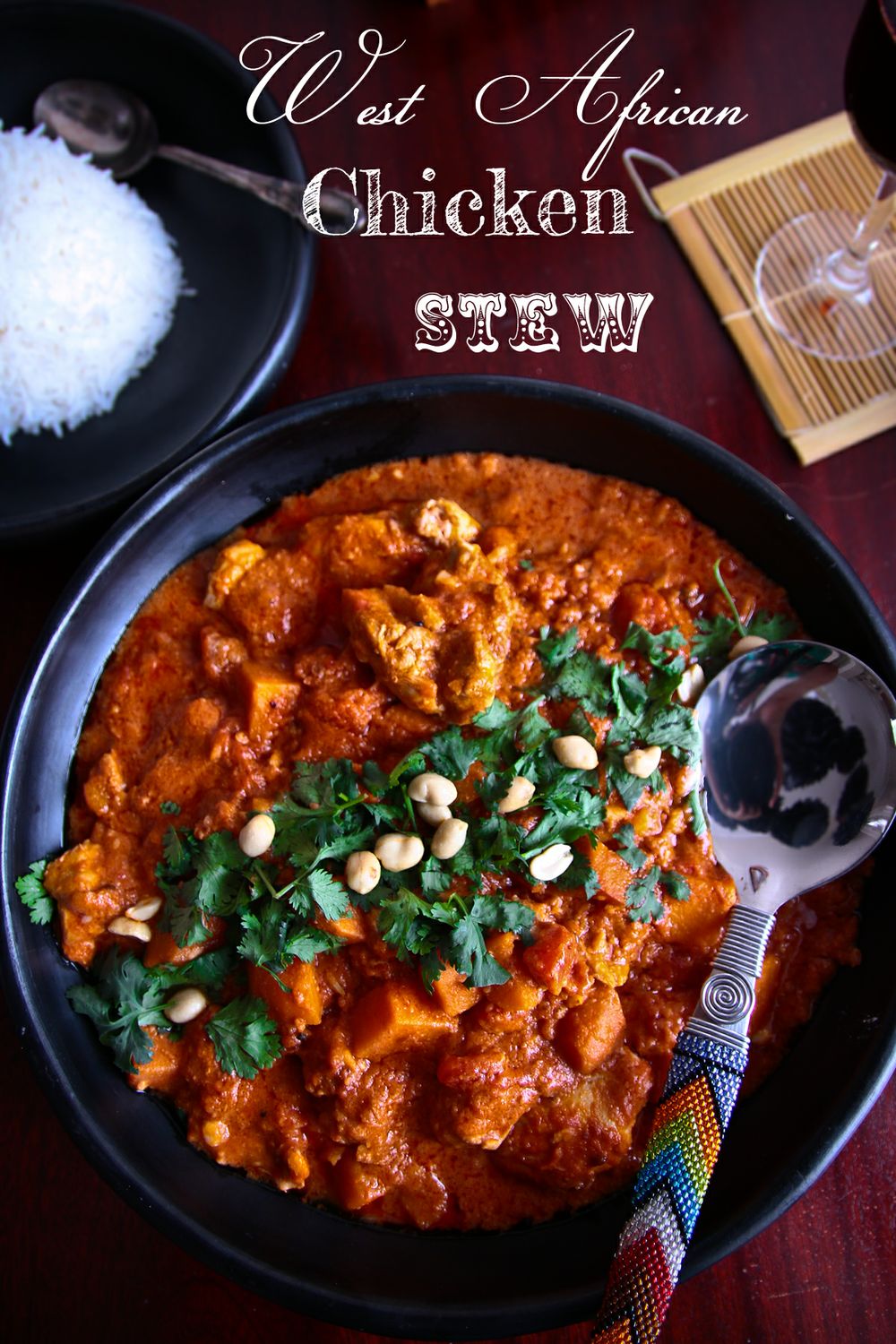 One of the advertising agencies I formerly worked for was situated in North Sydney, on the 9th floor of a building. Around us were other office buildings and to be completely honest, I never gave my office neighbours one single thought.

That was, until one day where the entire 9th and 10th floor of the agency was abuzz. There was an interactive department guy with a long ponytail who always appeared to me as if joined to his headphones and his computer. Apparently he had legs under that desk and he was using them to run around each floor. His fingers gripped the doorway of our shared office and his head appeared a second later.

"Naked girl! Downstairs! Pool!" he said and then proceeded to alert everyone else in the office. My colleague Peaches and I looked at each other and rolled our eyes and continued our work. There were two male members of our team, a squirrely little guy who ran upstairs immediately. The fourth team member walked upstairs because "it can't hurt to look."

It was almost lunchtime so Peaches and I got up to get our lunch and so did the other women on the floor. We talked about how effective a distraction a naked girl was and how it had cleared the offices faster than the fire drill a few weeks before.

"What do you think she looks like?" one woman asked and we shrugged and curiosity got the better of us so we went to have a look. We didn't have to search too hard to see where she was. The entire male and some female population of the agency had their noses pressed up against the window of the floor and were openly admiring the nude sunbathing goddess. They rated her a 10 our of 10 and that was apparently enough for the interactive guy with the ponytail to decide that he was going to ask her out.

"I'm going downstairs to ask her out" he said confidence possibly bolstered by all the blood rushing out of his brain.

"We're going to lunch" we said and left. 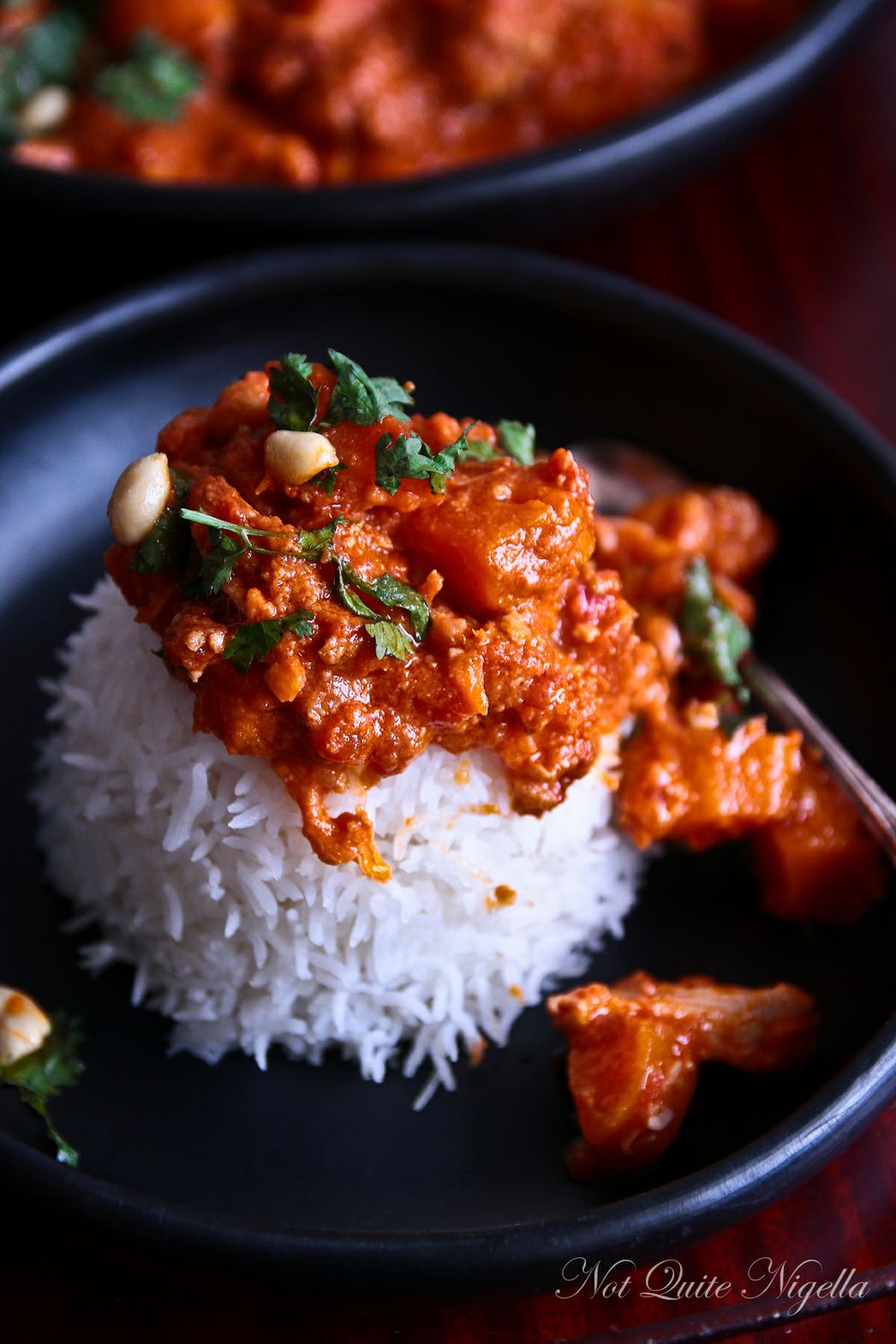 Lunch trumps naked people (mostly) and with that, I'm going to suggest that you all have this dish for lunch, or dinner. I first saw this recipe on Marissa's lovely blog, Pinch & Swirl. I had never heard of West African Chicken Peanut Stew but it looked fantastic. For those of you that want a full flavoured dish that is easy to prepare (just some chopping and then simmer for an hour unattended), or those who love the peanutty flavour of satay, this is for you. It was so delicious that when I was cooking it and opened my front door, a normally sullen neighbour commented about how good it smelled.

I've adapted Marissa's already fabulous dish and just taken out the coconut milk and reduced the amount of chicken and increased the vegetables just to make it a bit healthier (although with a cup of peanut butter, it's definitely not a diet dish). And yes Dear Reader, this is one of those pushy dishes which I urge you to make. It's perfect for every member of the family (except, well anyone allergic to peanuts but you can use almond or cashew butter if they're not allergic to them).

Oh and if you were curious about how that interactive guy went with his sunbathing goddess, somehow through some random buzzing, he got through the building's security system and about 15 minutes later, he was spotted approaching her. I believe that she was European and much more relaxed with the idea of nudity. She rebuffed his advances and then looked up and saw an office looking up at her. She waved, apparently either unperturbed or uncaring at the commotion that she had caused and sent him on his merry way. 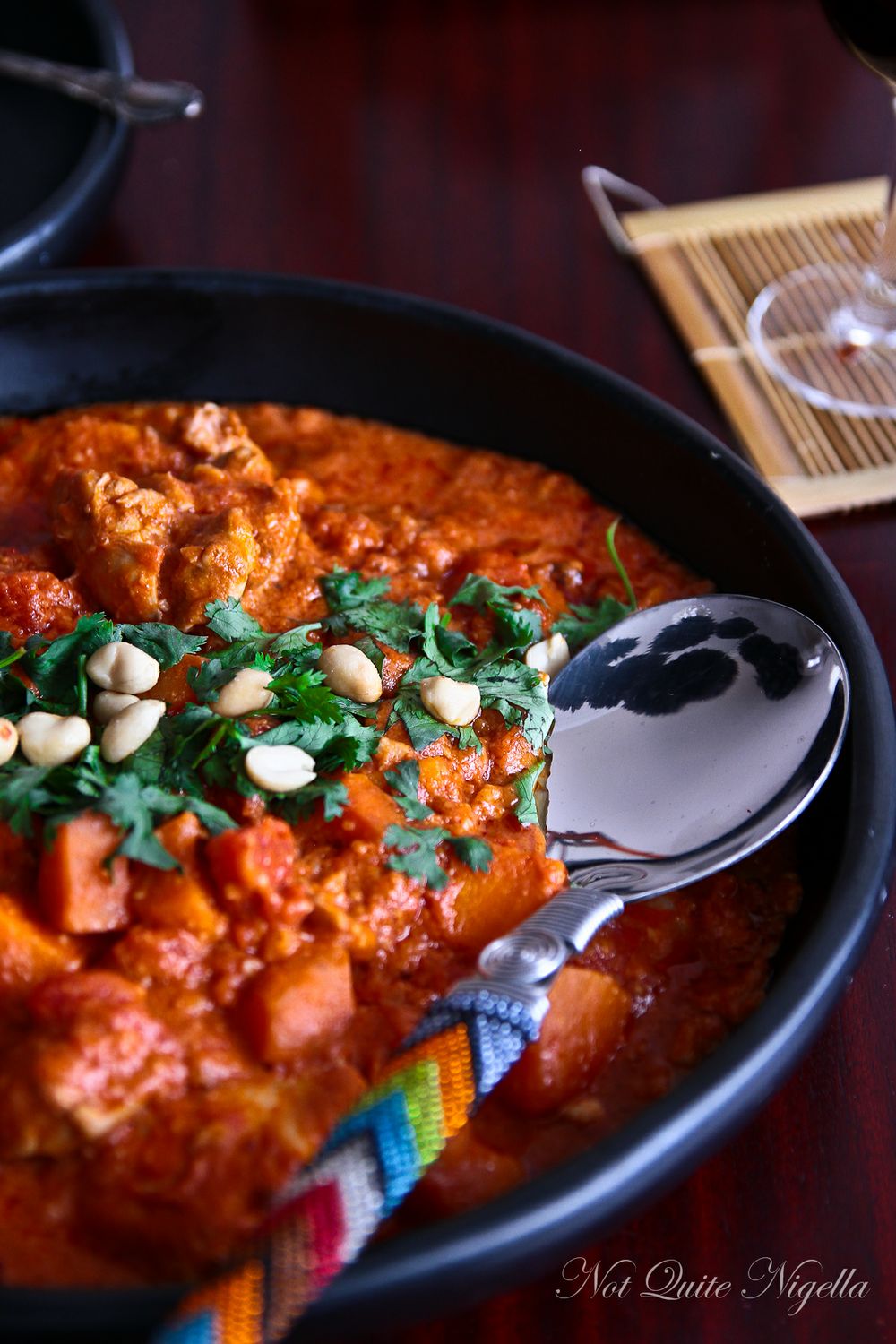 Optional: add some chilli to add some spice.

Step 1 - Heat oil in a large cast iron pot over medium heat. Add chicken thighs in two batches so that they brown properly. Remove chicken and set aside. Add a bit more oil and add onions, ginger and garlic; cook and stir until fragrant, scraping the bottom for any chicken bits.

Step 3 - Cover the pot and simmer gently for 45 minutes to an hour. Add salt, freshly ground black pepper to taste. Ladle in to individual soup bowls and garnish with peanuts and coriander or cilantro. 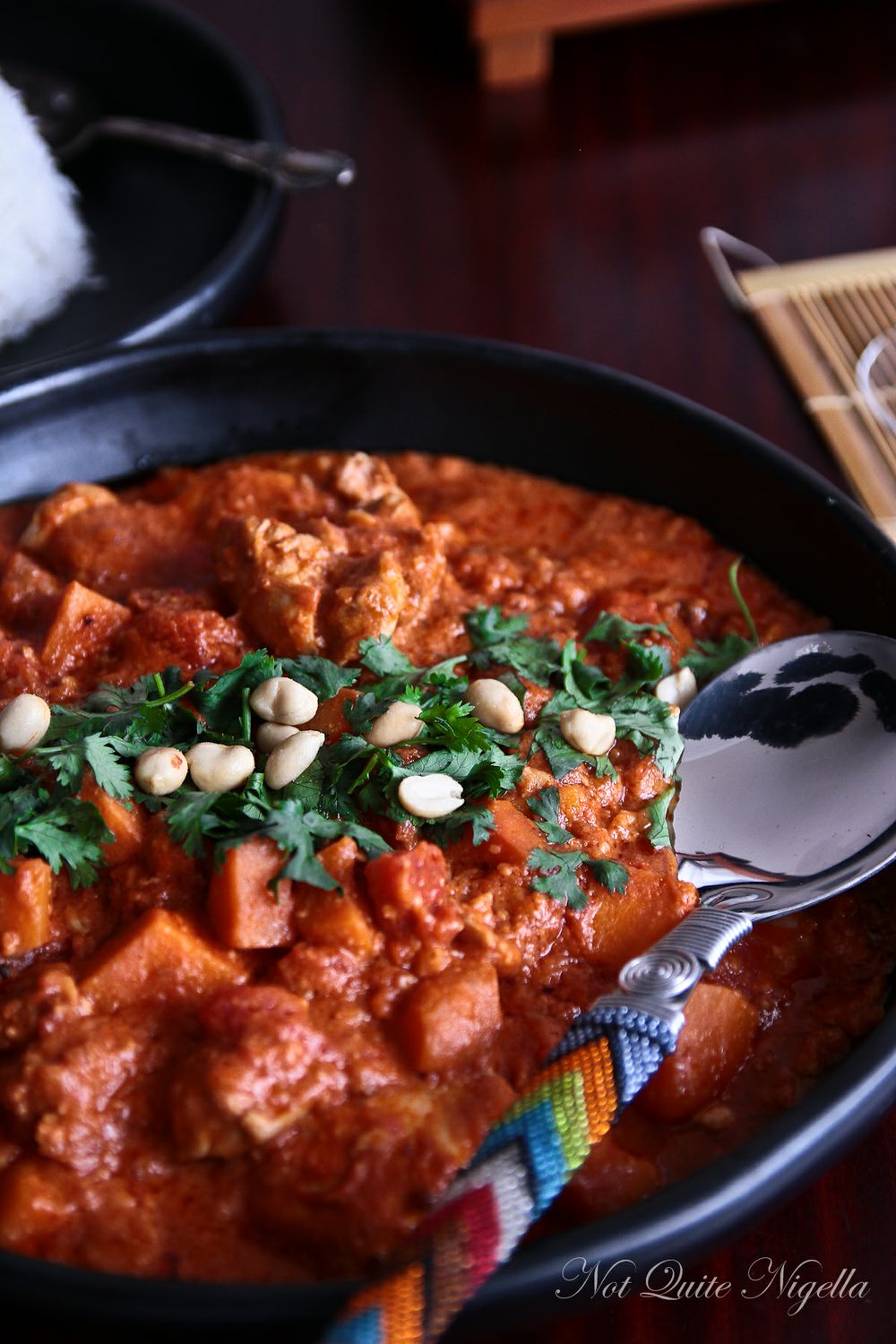