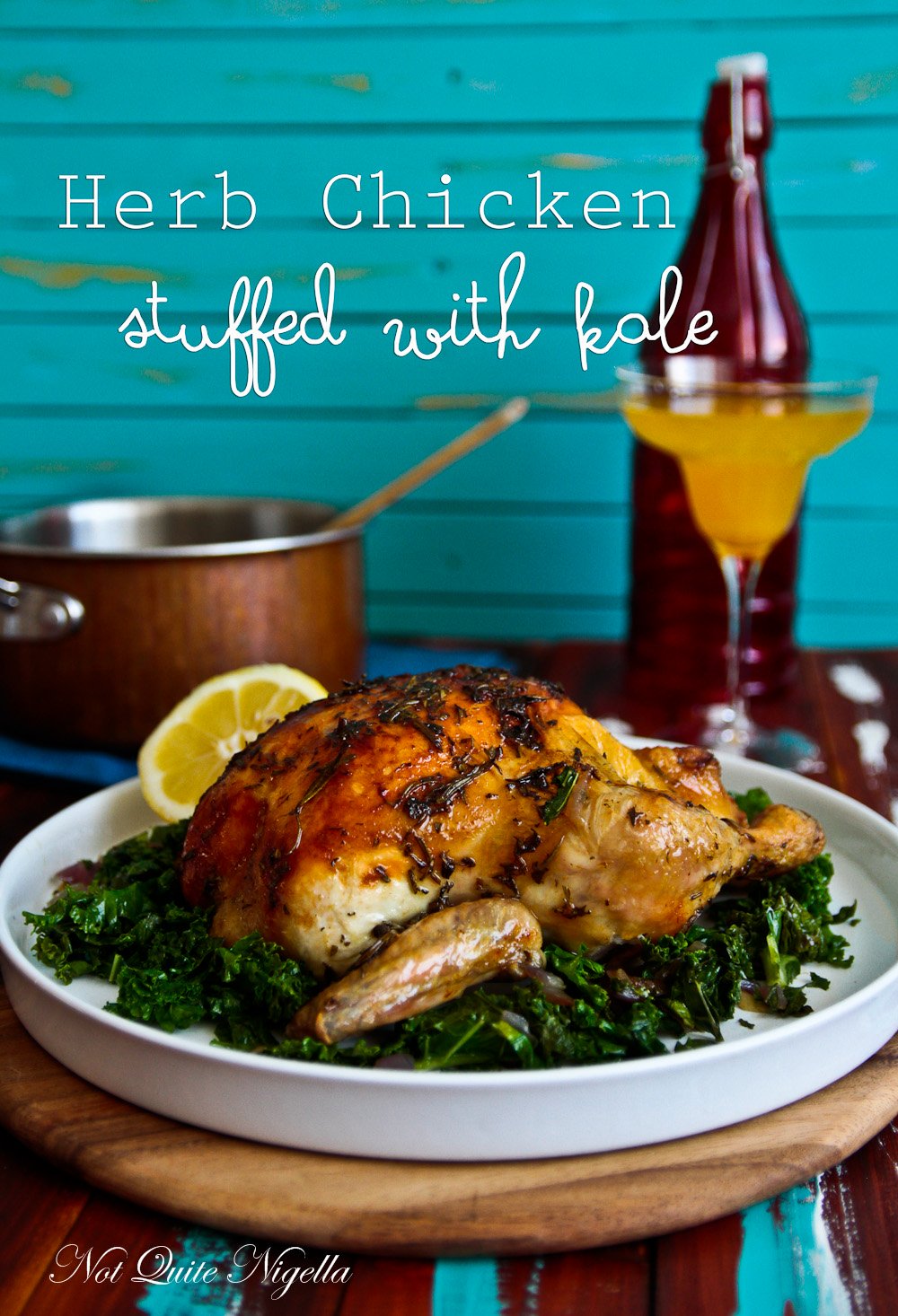 I can't believe that it's already March, 2014. Isn't it funny how people change over the course of a few months. My brother in law Manu has changed from a vegetarian to a full blown vegan and then some and he now eats the same salad three times a day.

In this completely raw salad is a mix of carrot, cucumber, lemon, tomato, kale, kiwifruit, banana, apple, corn, pepitas, almonds, sunflower seeds, soaked chia seeds, nutritional yeast, avocado, red capsicum and spring onion. I'm sure that it is good for you but I worry that there might be things missing. But I'm no nutritionist, more a glutton. 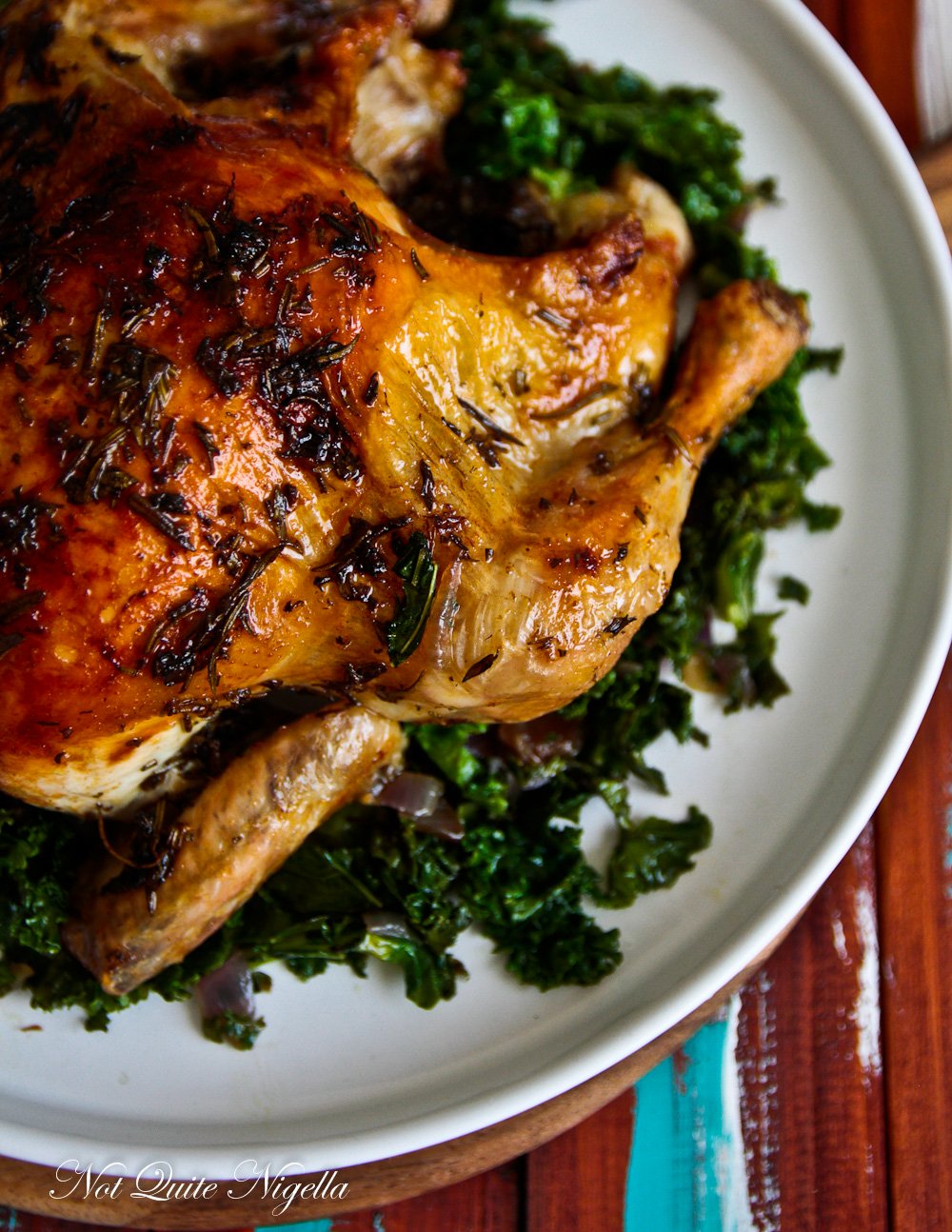 There was one occasion when he was less zealous, that he remarked that he liked the smell of what I was cooking. He was embarrassed to learn that it was a roast chicken that he was appreciating. I don't blame him though - the smell of roast chicken is fantastically alluring and every time we go grocery shopping I always think "Oooh let's have roast chicken tonight" when we walk past the rotisserie.

I had a whole lot of herbs leftover from cooking so I decided to roast chicken in a herb butter and stuff it with kale. Which is about all that my dish and Manu's salad has in common. Stuffing it with sauteed kale gives the bird additional flavour and the stuffing is also delicious served on the side. And if you don't make the gravy the whole dish is gluten free too!

So tell me Dear Reader, do you cook with herbs much? What are the herbs that you most commonly use? 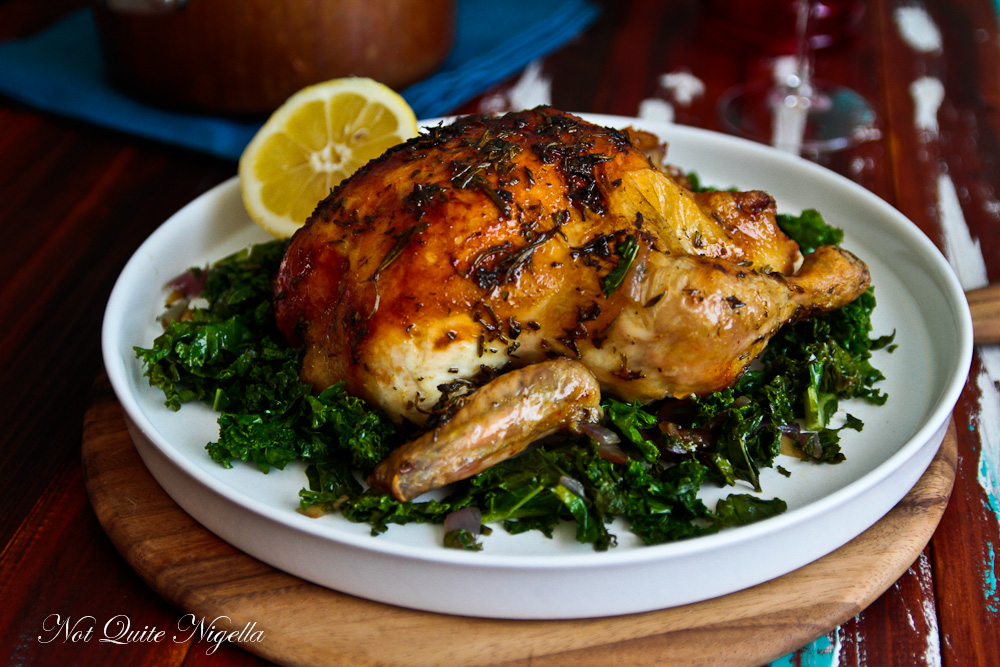 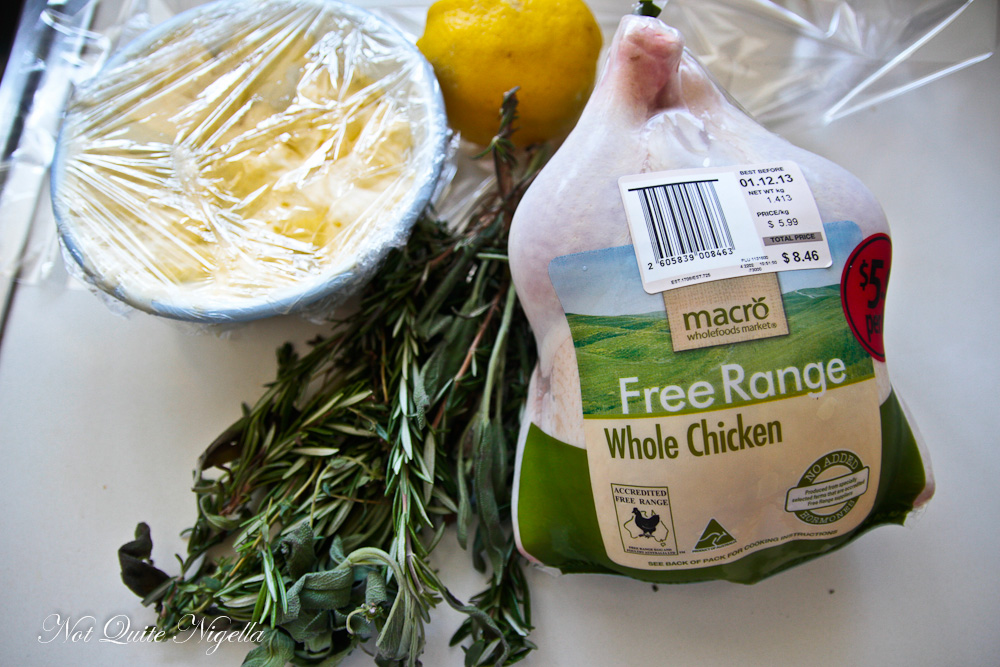 Step 1 - Heat a saucepan on medium heat and add one tablespoon of oil and fry the onion until translucent. Add the kale and garlic and saute for a few minutes adding more oil if needed, until the kale is cooked. Season with salt and pepper. 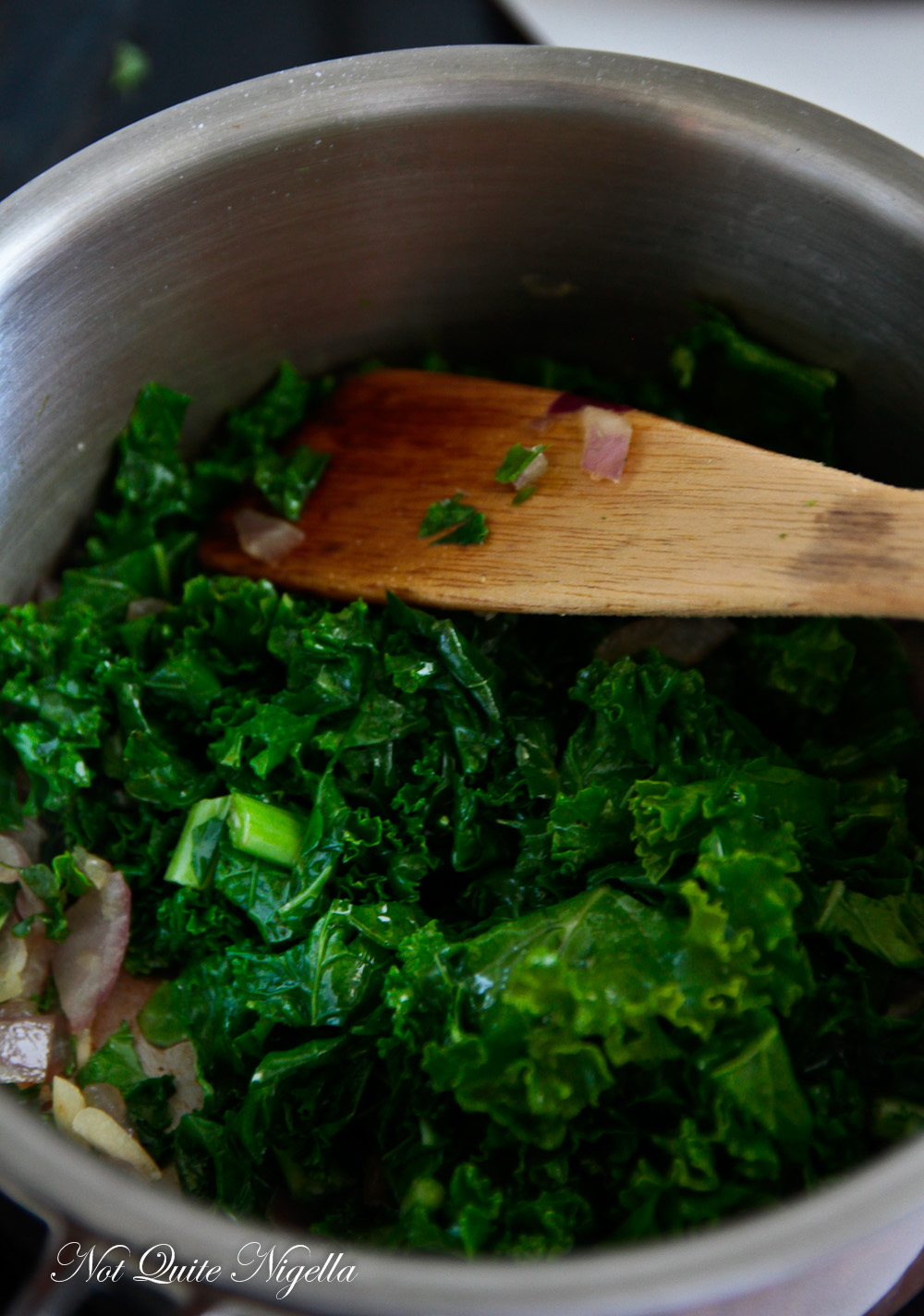 Step 2 - Preheat the oven to 200C/400F and get the oven bag ready - you can do this without an oven bag in which case you can line a deep baking tray with parchment to make cleaning easier. The oven bag does seem to inhibit the chicken browning so it's up to you. 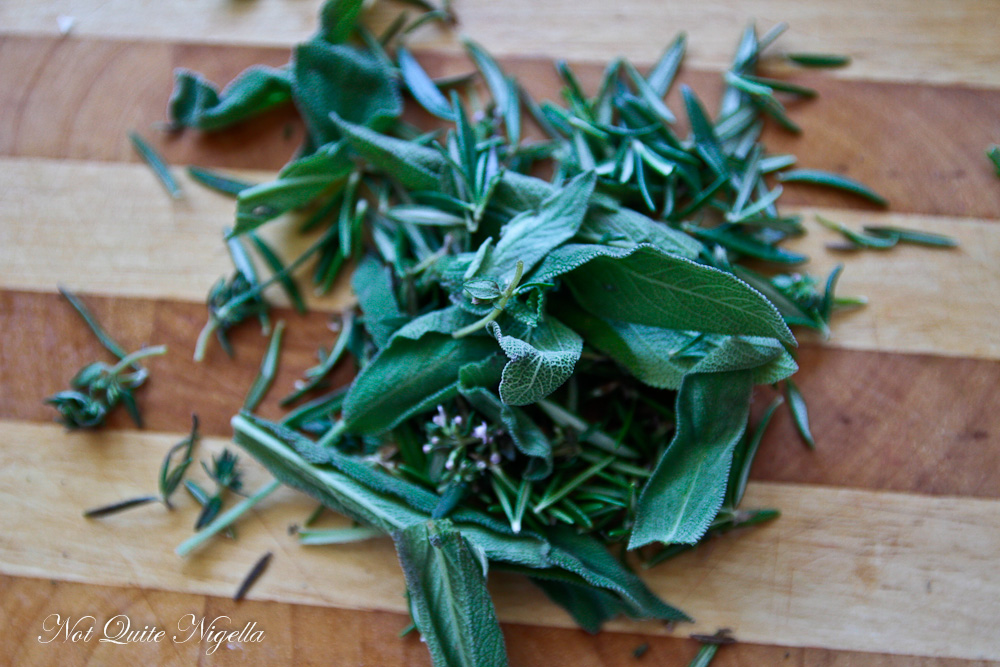 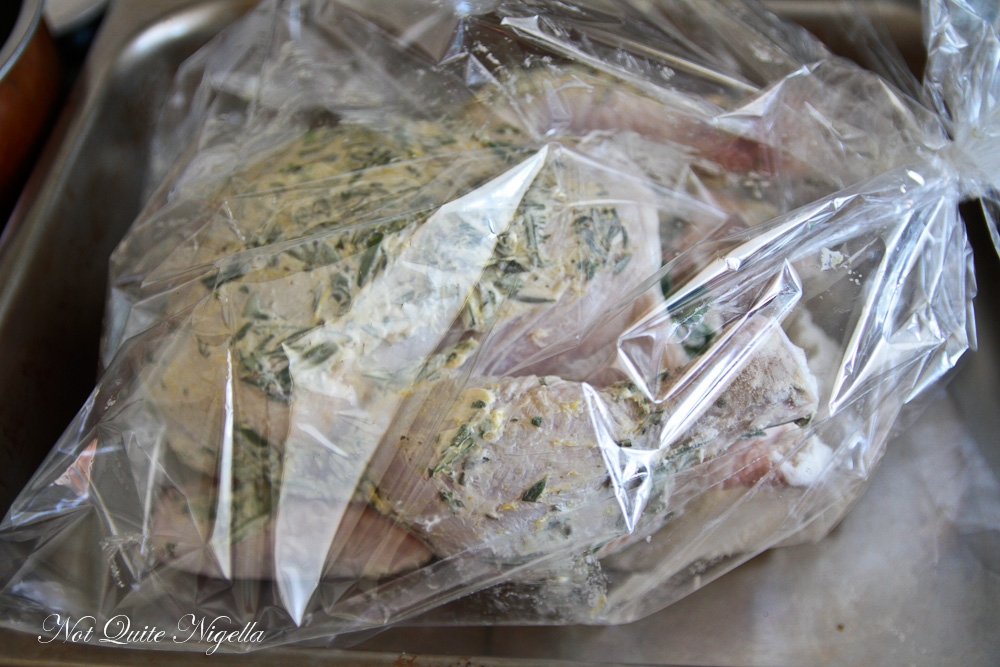 Step 4 - To make a gravy, reserve all of the cooking juices and flour and heat in a small saucepan. Add the chicken stock and simmer until thickened. Season with salt and pepper. 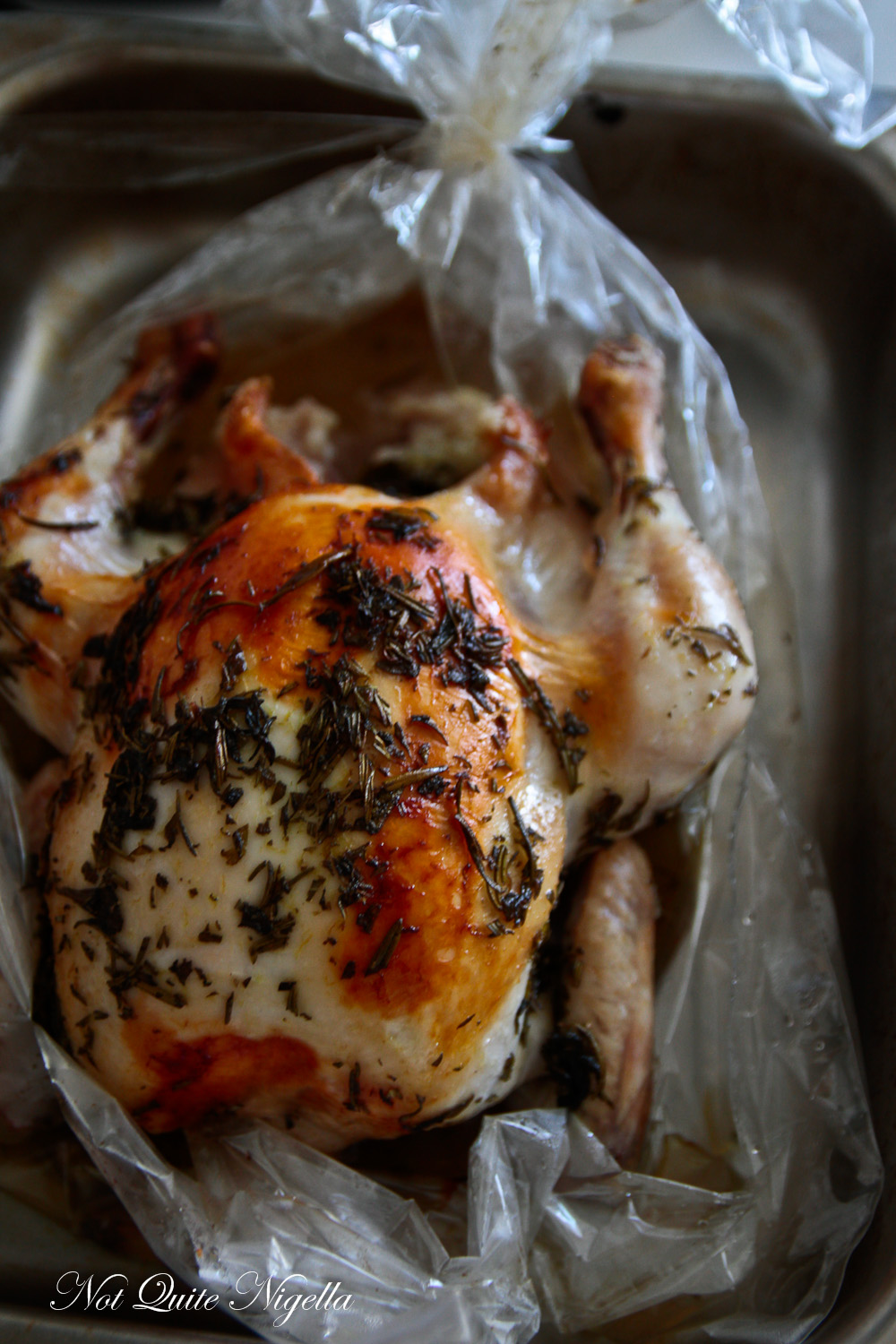