Apple For The Teacher Cupcakes 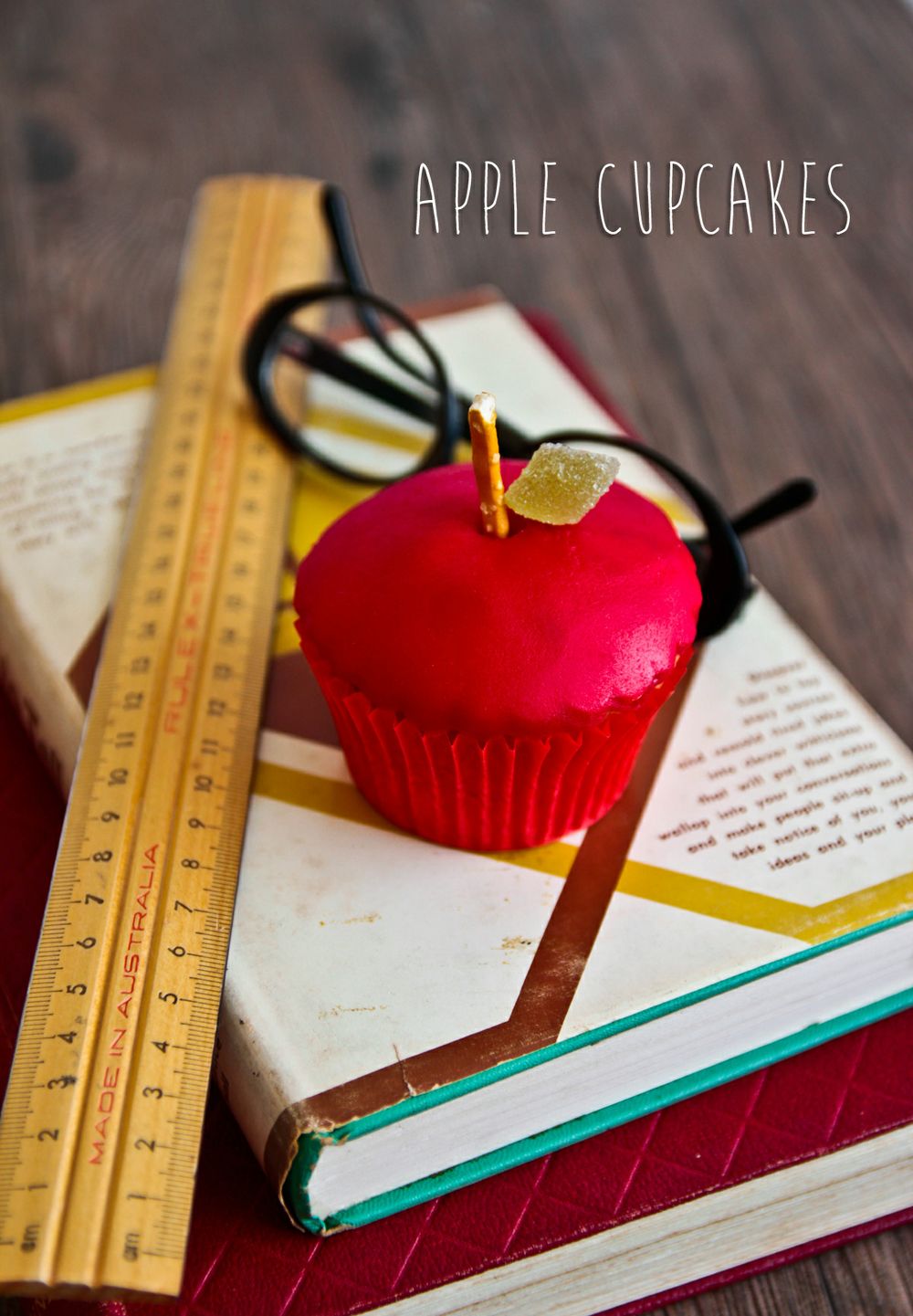 I've known  my friend Miss America for about 25 years now and yet he never fails to surprise me with a story about his life over the years. He came over for dinner recently and told us about a friend who introduced him to her children - four young boys. Can you hear the music to Jaws yet? Not having any children of his own, Miss America said yes to the invitation and came over expecting to see some well behaved little children.

What he got was not what he expected.

There were all of various ages but all uniformly of the same attitude. They were nothing short of mischievous and lived in a house named of all things "Liberty Hall." Their mum believed in complete freedom for children which meant that they were rarely disciplined or pulled up for bad behaviour.

"Goo Goo Ga Ga!!!" the eldest child said to Miss America with a mischievous glint in his eye.

"Oh dear" Miss America said to himself. These were not babies, they were grown children that were...mobile with legs!

"I'm going out!" the eldest child announced and with him followed the rest of the siblings. Before Miss America could stop them the four of them were running down the street, upturning garbage tins and creating havoc. 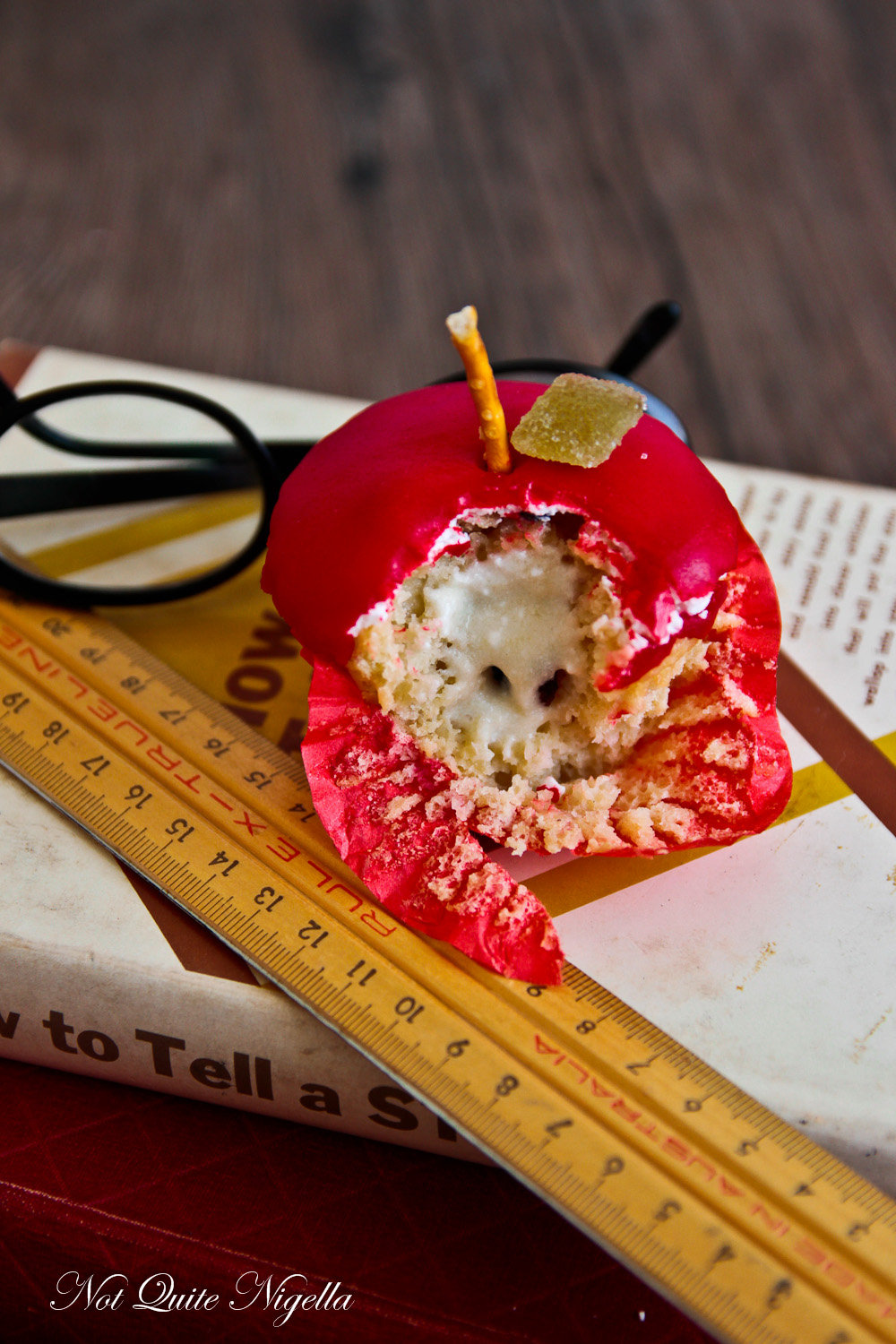 "Come back kids!" he yelled out to them.

"Goo Goo Ga Ga!!!" they yelled back at him taunting him. Then one uttered a cry which would reverberate in Miss America's ears for decades to come. "Sod off you w*ker!!" they said in unison accompanying the words with a gesture in case he didn't understand their meaning.

"They burned things down!" Miss America recounted to me years later still in disbelief. "They actually burned things!!!" he repeated.

I was curious to see how the kids had turned out. And this was where Miss America and Queen Viv laughed. Despite their completely unruly behaviour, they somehow turned out to be pleasant and thoughtful adults. "There was some sort of method to their mum's madness" Queen Viv admitted. Somewhere between burning things down and swearing at adults, they had seen the error of their ways and completed a 180 degree transformation. It was probably that or face a life in prison for arson.

These cupcakes are what those kids might have needed to sway a teacher's favour. I was inspired by Sue's lovely apple cookies and decided to do a cupcake version. The cake itself is very easy and flavoured with grated apple and apple juice. I added some currants inside them to simulate the look of the apple pips. And surprisingly, the red fondant was easy and it just required a bit of pretzel and a mint sugar leaf to complete the transformation of cupcake to apple.

Although you may want to limit kids to just one...well you know what they say about red food colouring. Goo goo ga ga! ;)

So tell me Dear Reader, have you ever looked after unruly children? And what's your strategy for dealing with them?

Apple For The Teacher Cupcakes 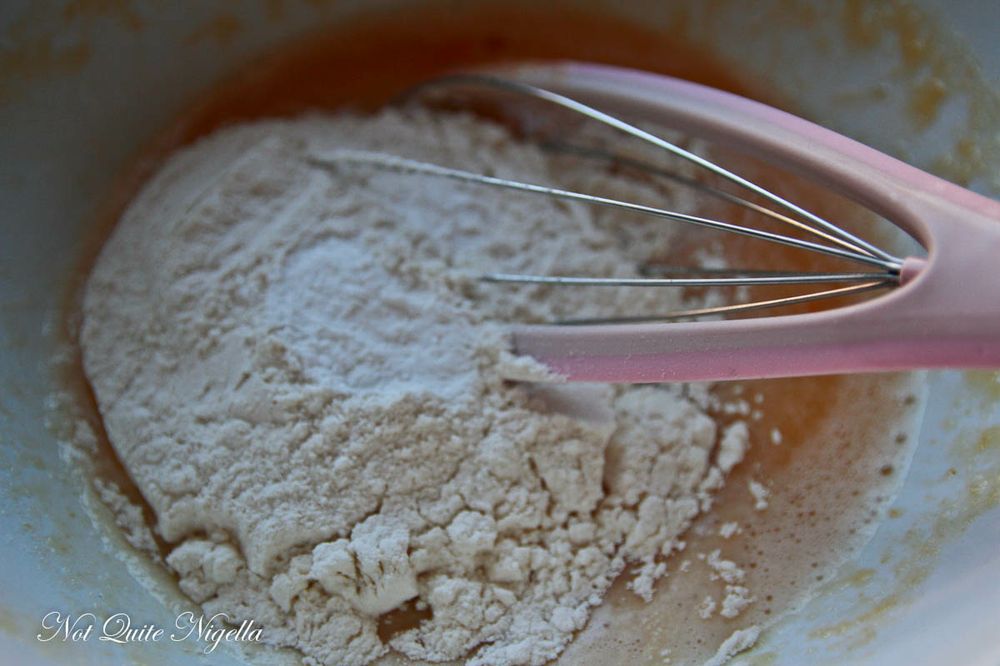 Step 2 - Sift the flour into a medium bowl, then add a pinch of salt and the caster sugar. In a jug, combine the vegetable oil, egg, buttermilk, grated apple apple juice and vanilla extract. Add to the dry mixture and stir to only just combine. It will be thick and puffy. Spoon into the prepared pans and then drop the currants in-about three currants or choc chips per cupcake will do. Then cover with the remaining batter to reach three quarters of the way up.

Step 3 - Bake for 20 minutes or until a skewer inserted comes out clean. Remove from the oven and set aside to cool. 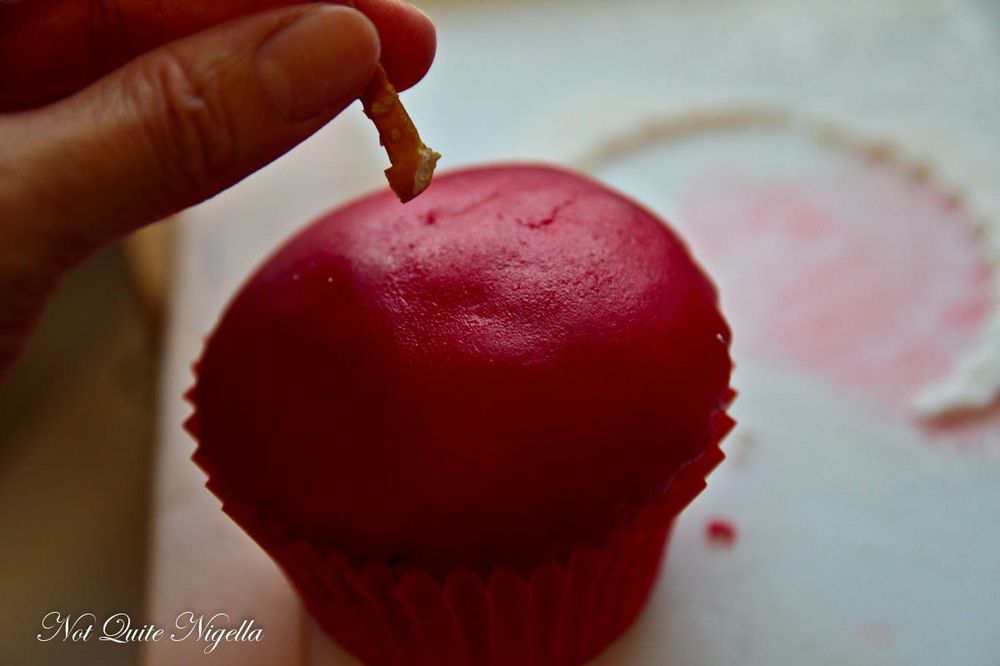 Step 4 - Roll out the red fondant and find a round cutter that fits the tops of the cupcakes and cut out rounds. Smooth the tops over with overheard projection film-I cut up a sheet into rectangles and gently rub the fondant to become smooth. Stick a piece of pretzel into the top and using a little gentle pressure, stick the leaf onto the fondant just next to the pretzel. 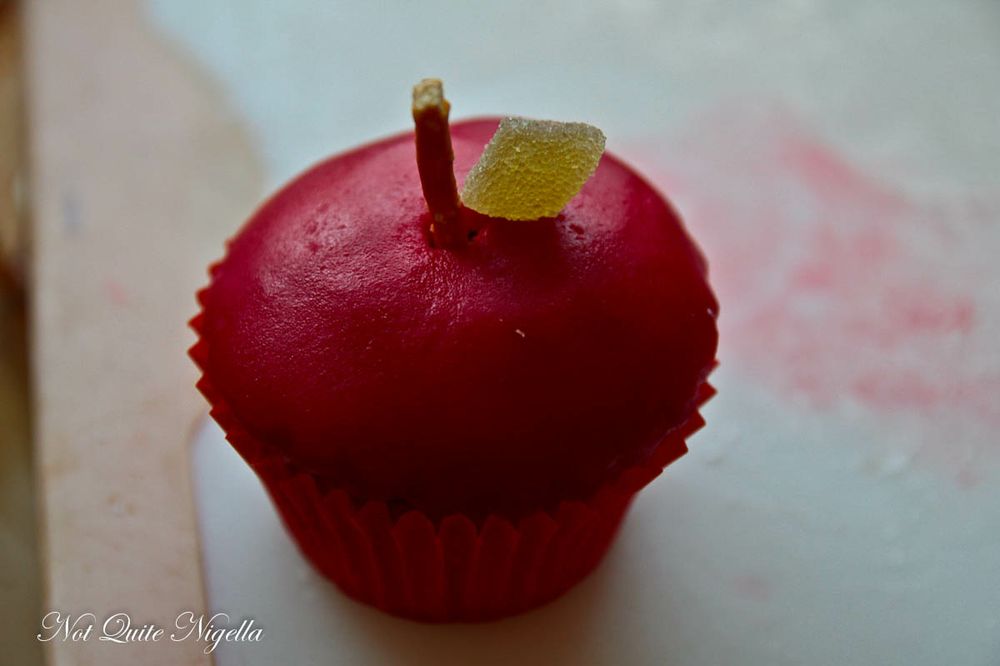