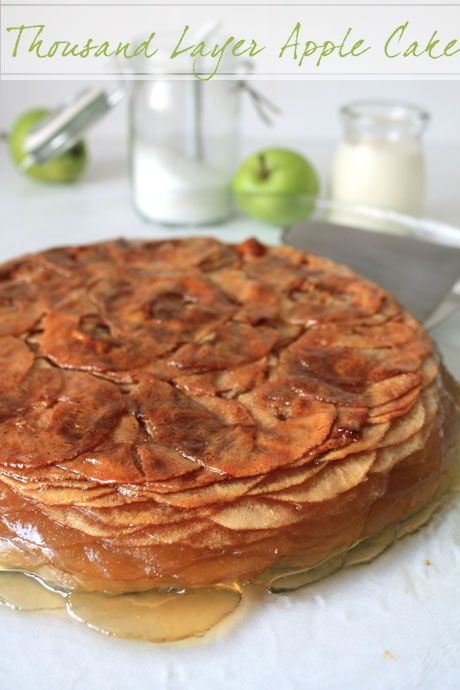 Trust me Dear Reader in that I have never sought to have a blog where everything is perfectly magical and done with ease and without any frustration. There are some dishes that are so fiddly to prepare and are simply not really worth it. And this thousand layered apple cake is one of them. I lost three hours of my life to this baby and I have to admit I'm slightly resentful of that fact. 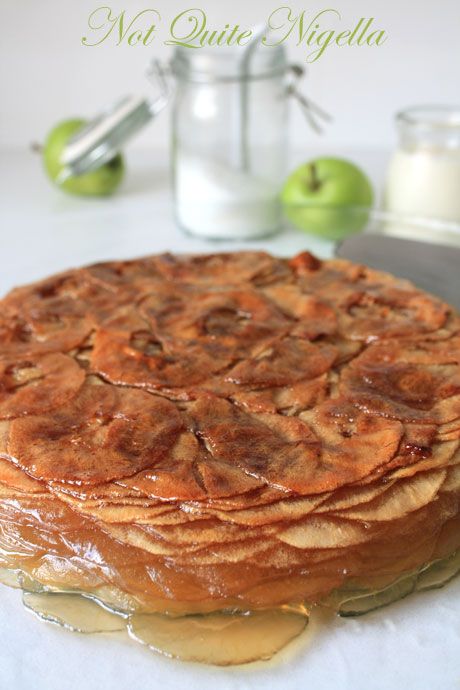 It's really my own fault. I'm one of those people that never reads manuals and a follow on from it is that I rarely pay attention to preparation times or cooking times. I prefer to read the steps and see whether it is achievable. However I should have done so particularly after I spent an hour and half peeling, coring, mandolining and placing these delicate little apple slices just so, and then another hour and a half cooking the cake. I didn't do myself any favours by using small apples as I thought that the pattern would look prettier. All I could do once I started was dream of large apples and the time saving I'd have achieved with using them.

Then there was the washing up afterwards and the fact that the cake didn't behave as it should have according to the recipe from the Buon Ricordo cookbook. I tried it and even though I used half of the amount of sugar (there was no way I could bear to use a whole kilo of sugar), it was tooth achingly sweet and the only thing I could see it accompanied with was a strong cup of unsweetened coffee. 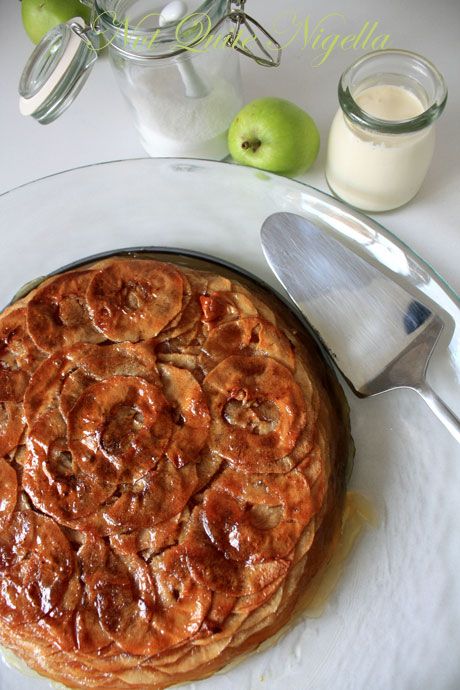 Then I gave Mr NQN a slice.

"What?" I ask him increduously. "Are you serious?".

"Yes" he says oblivious to my pain. "I think it's really the nicest cake you've ever made. It's like an apple jelly".

I slump in my seat. "Holy macaron" I say to myself and plead under my breath "Please don't ask for it for your birthday".

So tell me Dear Reader, have you ever made anything that was incredibly troublesome to make but worth it?

Adapted from the Buon Ricordo cookbook

Step 1 - Peel and core the apples and then slice them as thinly as possible with a mandolin. You'll do your sanity good if you buy bigger ones as I used smaller apples and ended up peeling, coring and mandolining about 16 apples. Place in a large bowl of cold water with the lemon juice. 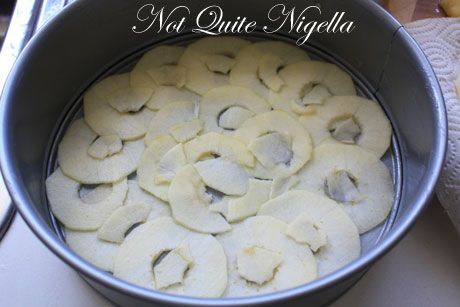 Step 2 - Preheat the oven to 180C/350F. Now this is the bit that took me an hour. Place the apples in a single layer and then sprinkle 1-2 tablespoons of sugar over each layer. Make sure to drain the apple slices from the lemon water but don't dry them until they are bone dry, a sieve will do. When a quarter of the apples are laid out, press the top of the cake gently down with your hands to squeeze the layers together. 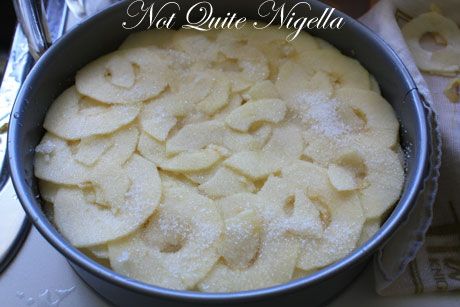 Step 3 - Place the cake tin on a deep sided baking tray and place in preheated oven for 30 minutes (this cake will bake for 1.5 hours in total). After 30 minutes, some of the syrup will have seeped out from the springform. Gently release the springform ever so slightly to release the syrup from within the tin and clip shut again.

Step 4 - Bake for another 30 minutes and remove from oven. With an oven mitt in one hand and a large spoon in another carefully tip the baking tray to one side slightly and spoon up the syrup and place it on top of the cake.  Bake for another 20 minutes. Then turn up the temperature to 200c/400F and bake for 10 minutes to brown the top. 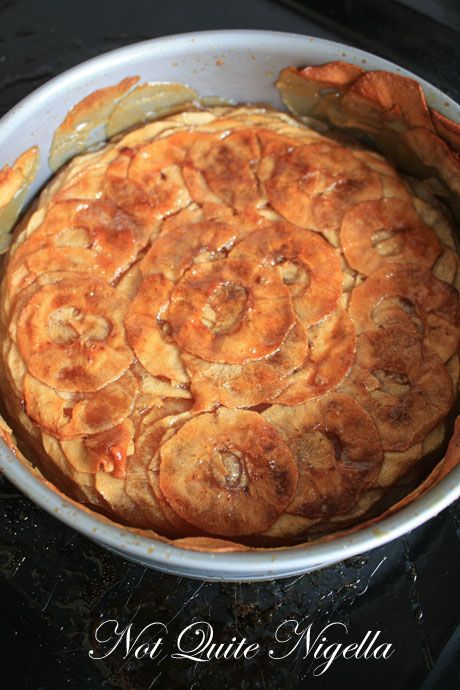 Step 5 - Remove the cake from the oven and if the syrup is still pale, place in a small saucepan over medium heat and reduce until thickened and golden. Or if it's thick and golden pour the syrup over the cake. Let the cake rest for 10 minutes and then unclip the springfom collar and place it on a serving plate on the springform base. Serve with vanilla ice cream or cream. Collapse, exhausted from the effort, and watch television immediately. 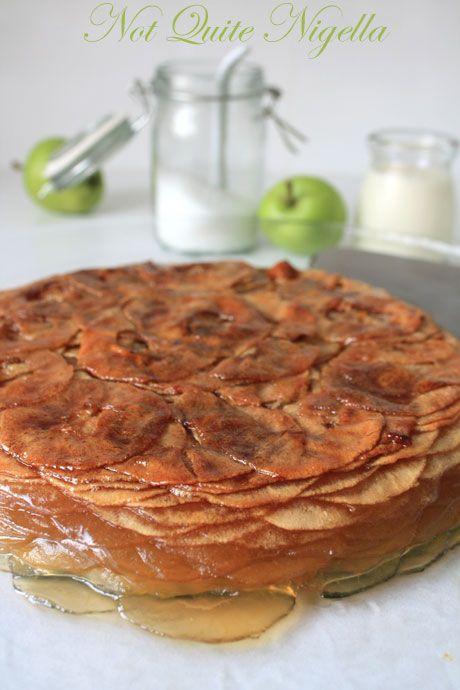