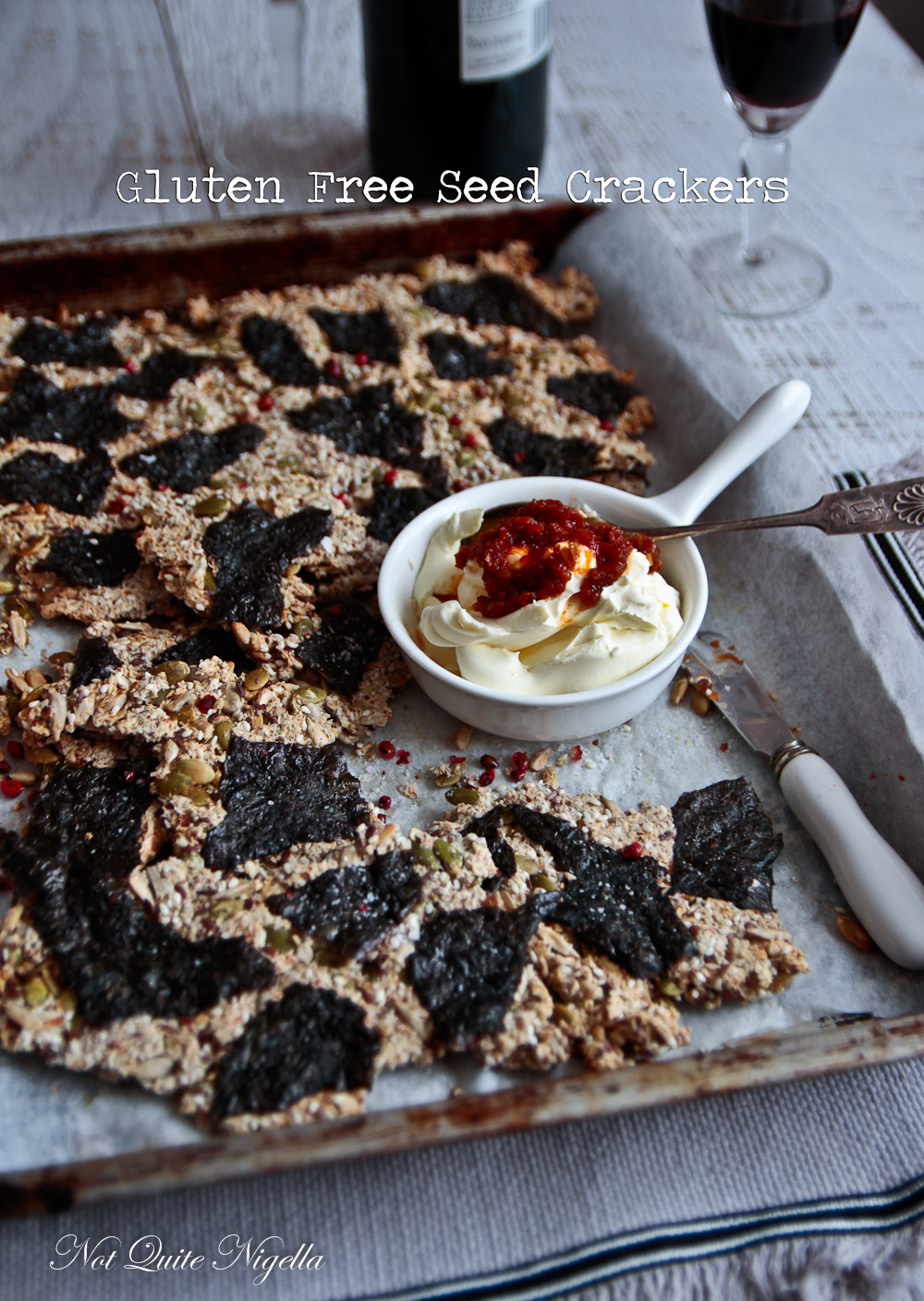 I am probably very lucky that my personal trainer Nina is very accommodating. Which is probably why I haven't quit and given it up because exercise really isn't a natural state for me (I've been going for two years and am still yet to feel any endorphins). She is so accommodating that on rainy days she is nice enough to train me at her house - usually people have to train in the rain. And it was one day when I was there that I noticed a new photo on the book shelf. "Who is that?" I asked.

It was a friend of theirs, a police officer. She told me a story about how her boyfriend Garth (who sounds very similar to prankster Mr NQN) once found his friend's police badge; he had accidentally left it behind when staying at their house. Garth decided to take off his pants off and pose with his mate's police badge covering his nether regions! He snapped a selfie and sent it to his officer friend who was suitably distraught at having his badge so close to his friend's genitals. "Look where your badge is!" he goaded him. I was in two minds as to whether to tell Mr NQN because I knew that he would think it was a fantastic idea and would perhaps follow suit. Beware anyone that leaves things behind... 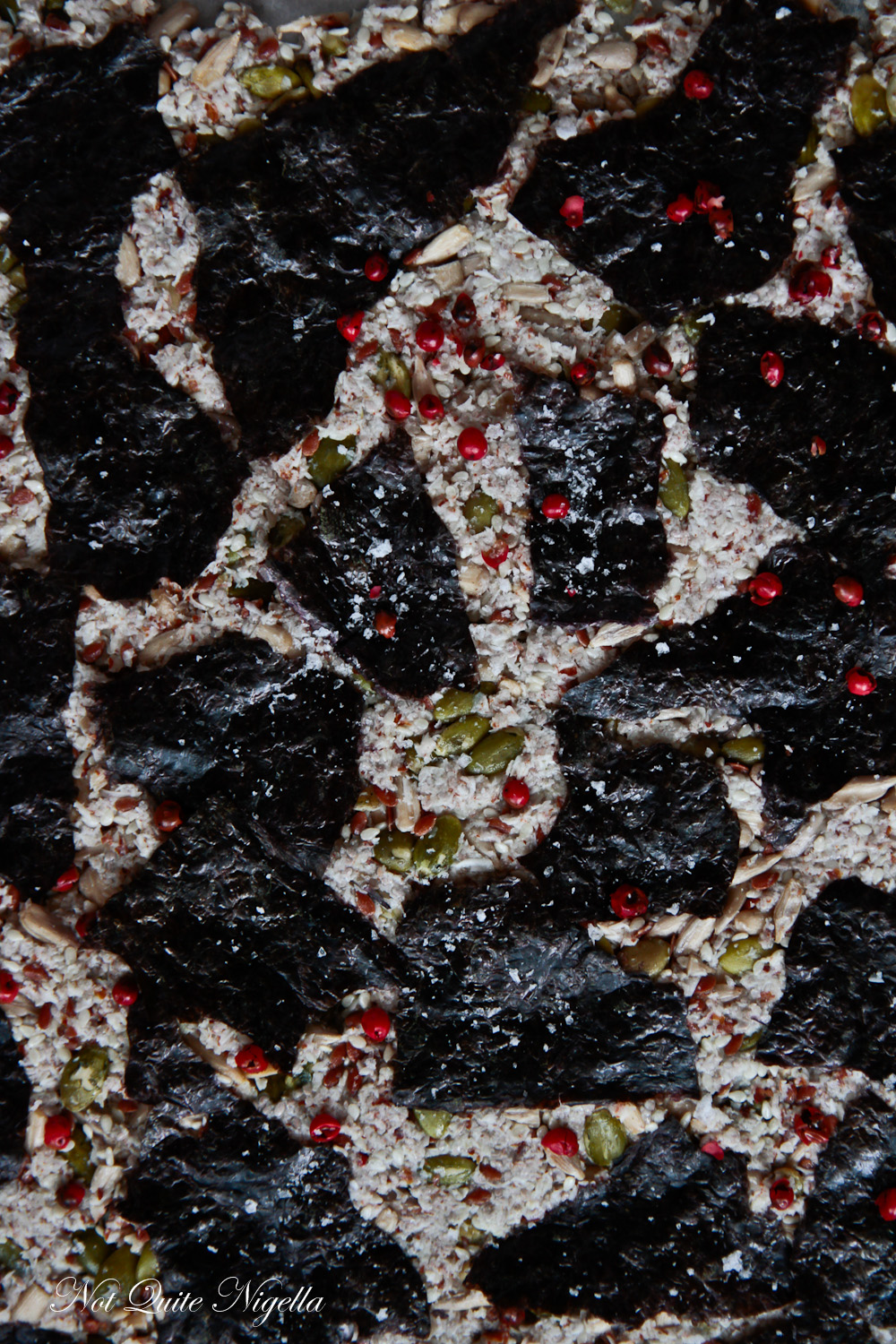 Anyway, I like giving Nina recipes because she is so easy going. She's a huge paleo gluten free vegetarian who once told me "I hate it when recipes say 'cook until golden' because that means absolutely nothing to people like me that don't cook." I had to laugh because I use that phrase often. Anyway, what I am trying to say is that she loves simple, healthy, nutritious recipes. I thought that she would love this easy cracker recipe. I found it in Jody Vassallo's "Beautiful Food" (sent for review) book but changed it around because I didn't have some of the ingredients in the right quantities.

You can perhaps see that I used pink peppercorns as that was in the original recipe but I didn't really like their taste in the crackers and found their distinct flavour distracting but if you do love them by all means add them in (1 tablespoon's worth on before the nori). I must admit that when I tried them by themselves I didn't really like them but once I paired them with the cream cheese dip it was fantastic. They're crunchy and full of seedy goodness and before I knew it, I was eating crackers and cheese for dinner!

So tell me Dear Reader, do you ever eat crackers or cereal or something totally non dinner like for dinner?

Adapted from "Beautiful Food" by Jody Vassallo, published by Harlequin, sent for review 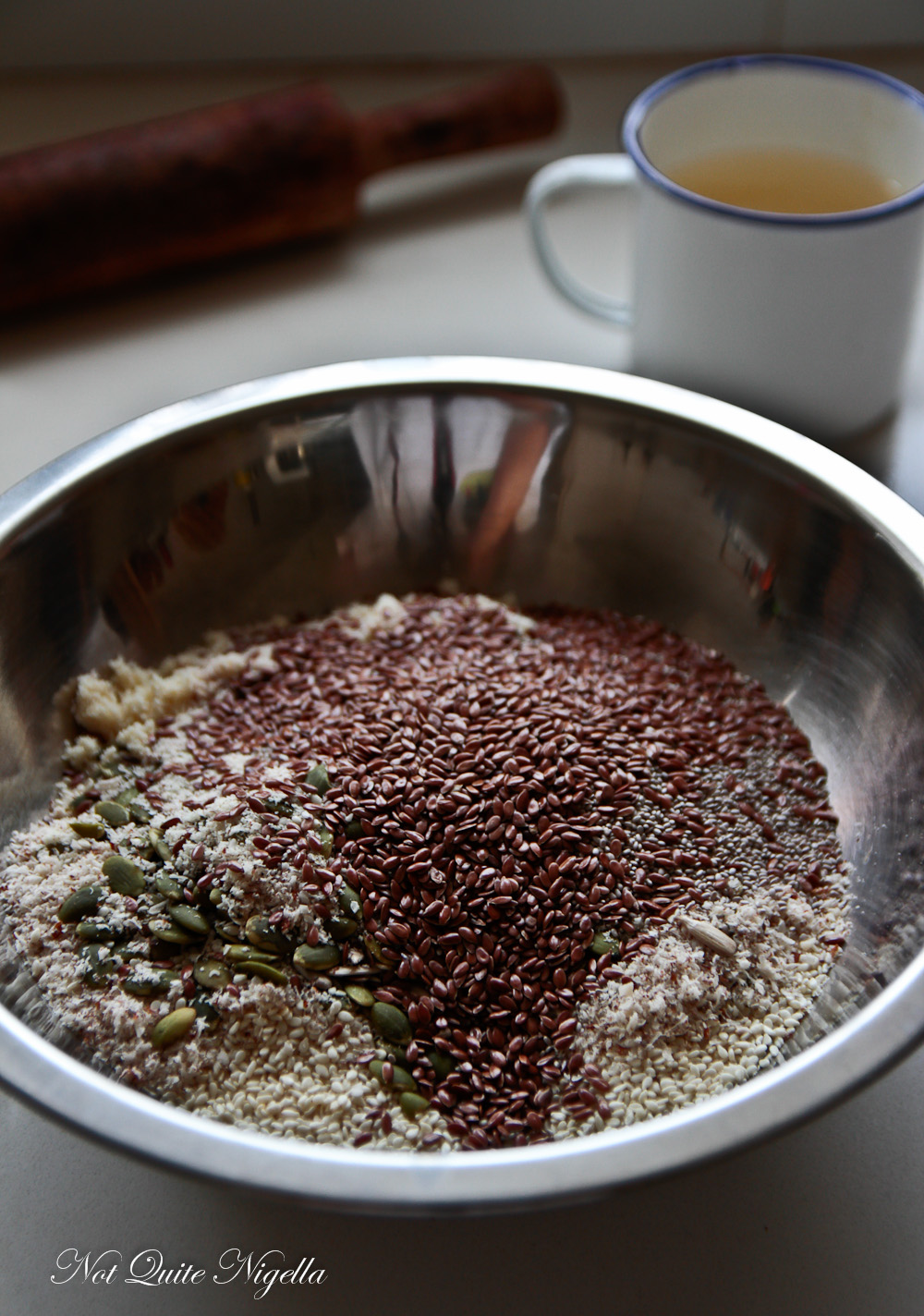 Step 1 - Preheat oven to 160C/320F and line two trays with baking parchment. Place the almond meal, pepitas, sunflower, chia, sesame and flaxseeds into a bowl and mix with the water and sesame oil. Divide the mixture into two and press down on the lined trays spreading them out thinly with a spatula or with clean hands.

Step 2 - Sprinkle salt over the cracker and then top each baking tray with pieces of the dried nori. Bake for 40 minutes and then remove from oven. Break the cracker in two and turn it over and bake it for another 15-20 minutes until crisp. Allow to cool and break into pieces. Serve with the cream cheese dip and pesto.