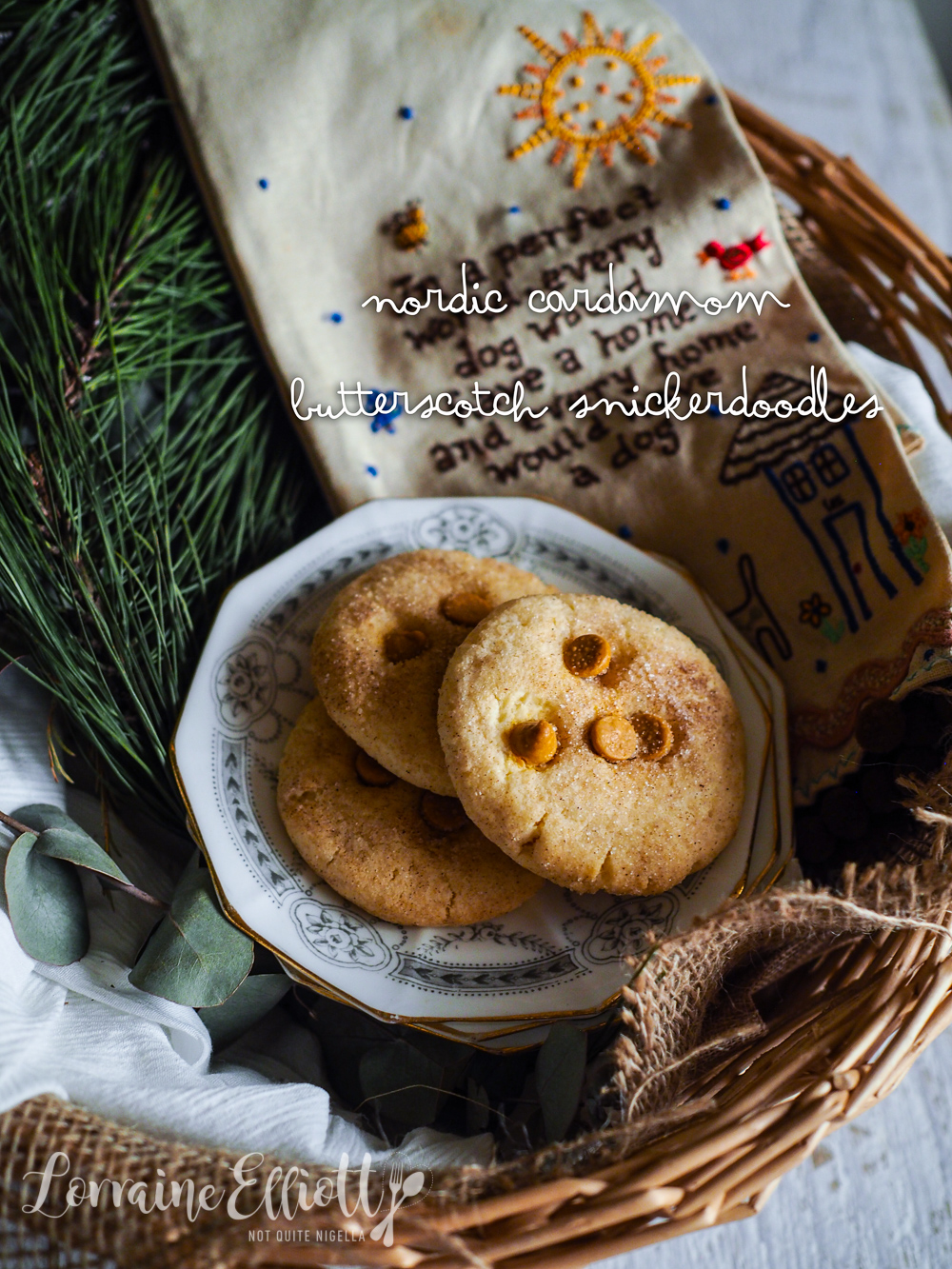 These cookies are pure deliciousness. Snickerdoodle cookies are an immensely popular biscuit that have a cracked surface and are soft and chewy on the inside. They are usually rolled in a cinnamon sugar but this time we use cardamom, a Nordic baking favourite as well as butterscotch chips to add a bit more Christmas spirit!

I know it sounds strange but the last time I made snickerdoodles was 10 years ago. Yet I absolutely love these cookies.!

They're a butter cookie that is very easy to make and the last time I sent Mr NQN to work with a batch of these, the requests came thick and fast to make them again as people devoured them. They're not a cookie you see much of in Australia though and are more common in America although some say they're of German or Dutch in origin. 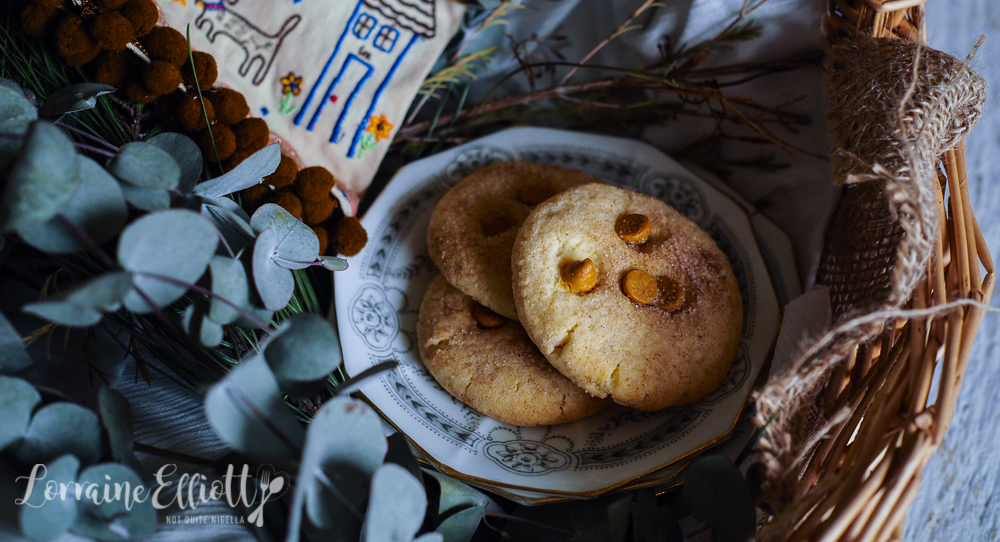 Speaking of going back to do something, it was Halloween on the day that we landed in San Francisco. To celebrate, they had scheduled a ghost tour for us. It was a pretty good tour, the guy hosting it was very theatrical and could spin a story. Also coupled with it was that there we visited some really famous murder sites including the place that the unidentified Zodiac Killer was last spotted and the murder of Virginia Rappe apparently by Fatty Arbuckle.

When I was a kid I was given a book called Hollywood Babylon. Now this isn't reading for kids, it's about real life sex, murder and scandals and probably sparked my obsession with true crime and documentaries. Virginia Rappe's death was in the book and it was a bit of a mystery because nobody quite knew what happened to her. Our guide told us which room it happened in (where her ghost has been seen by guests). I was with my friends Kat and Laura and we wanted to go up to have a look. 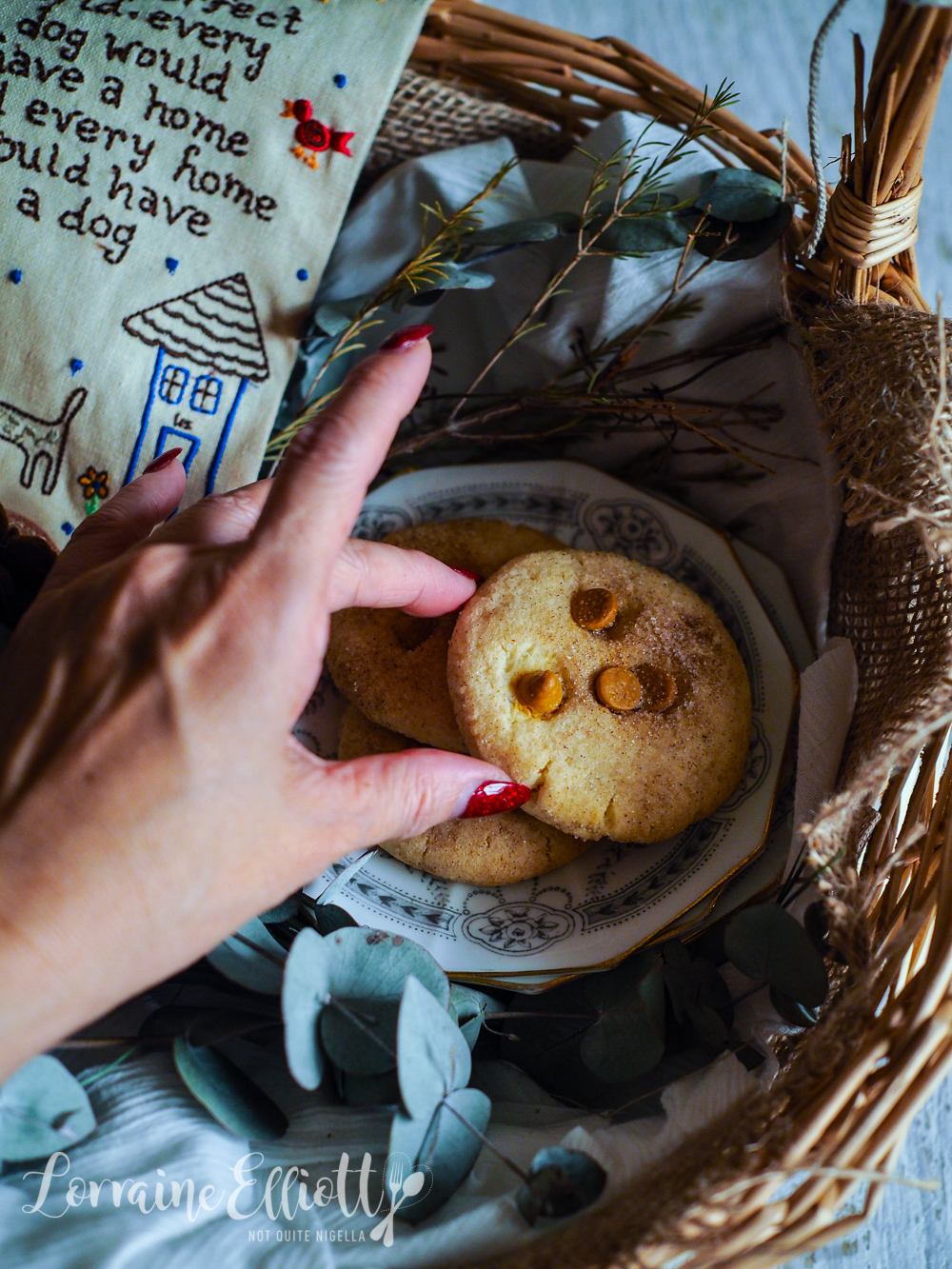 Unfortunately there was no time to do that as the tour progressed quickly. During the tour I whispered, "I really want to go back to check out the floor. Maybe we'll see her ghost!" and Kat and Laura agreed. After we disbanded we walked back to the St. Francis Hotel where there was security in place near the elevators. We tried to look as if we belonged but I was dressed as a cat, Kat was cop and Laura was a skeleton with cat's ears and we were jetlagged and probably looked guilty as hell. "What if we need a key to get to the floor?" said Laura.

We spotted a large group of tourists that were talking and going up to their room. We hid behind them and like one chattering cluster of people jumped in the elevator. The tourists looked at us surprised at the sudden squishiness-there were 6 or 8 elevators so we didn't have to cram into their one. We smiled as if we weren't on a caper. It also turned out you don't need a key to get to any floors anyway.

We got out on the 12th floor and walked towards the door in question. It was a popular suite to book and probably had a guest in there sleeping. Poor Virginia died in that suite during a party of a ruptured bladder and secondary peritonitis. Arbuckle was exonerated in three trials but his career never recovered after the scandal. 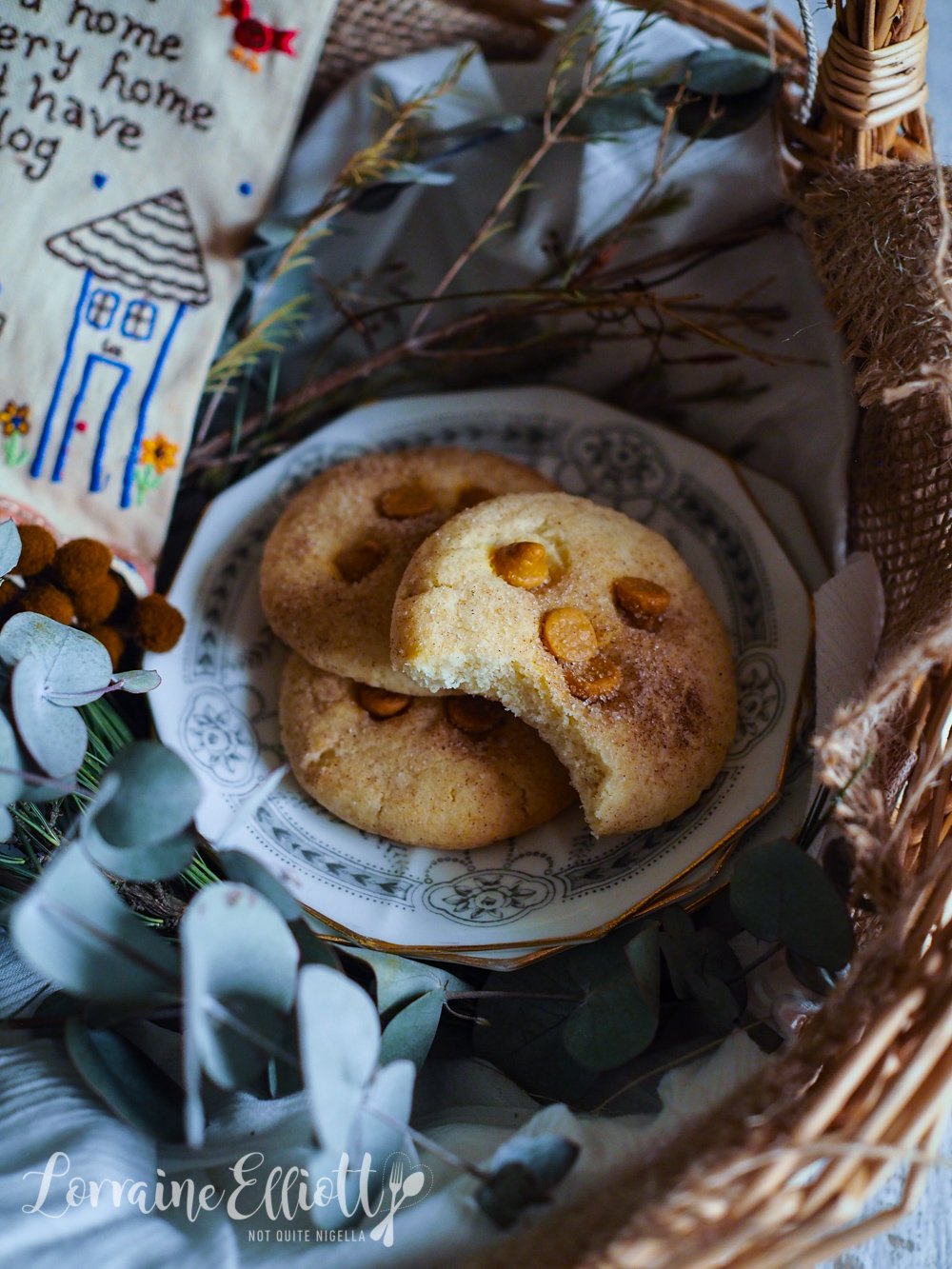 I don't know what we were expecting but we were quietly sneaking around. "Can you see or hear anything?" we asked each other. We had heard Virginia's ghost had been seen or heard weeping. Alas we saw nothing that night but I'm glad we went back just to satisfy our curiosity!

So tell me Dear Reader, do you like true crime? Had you heard of this case and would you have gone back? And have you ever tried Snickerdoodles? 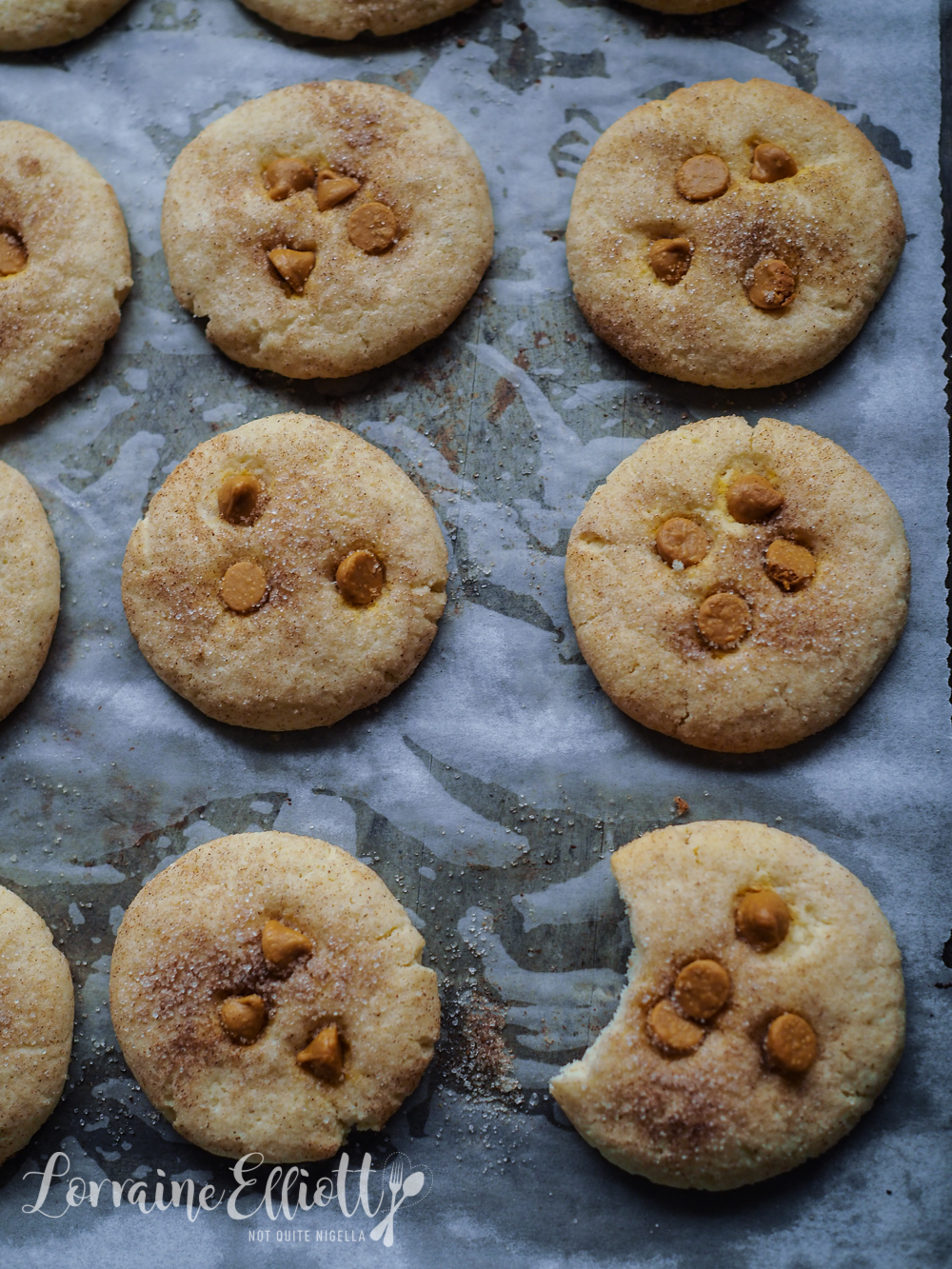 Step 1 - Beat the butter and sugar together until pale and fluffy (about 5 minutes, scrape down the sides of bowl if needed). Add egg, vanilla and cardamom and beat until combined. 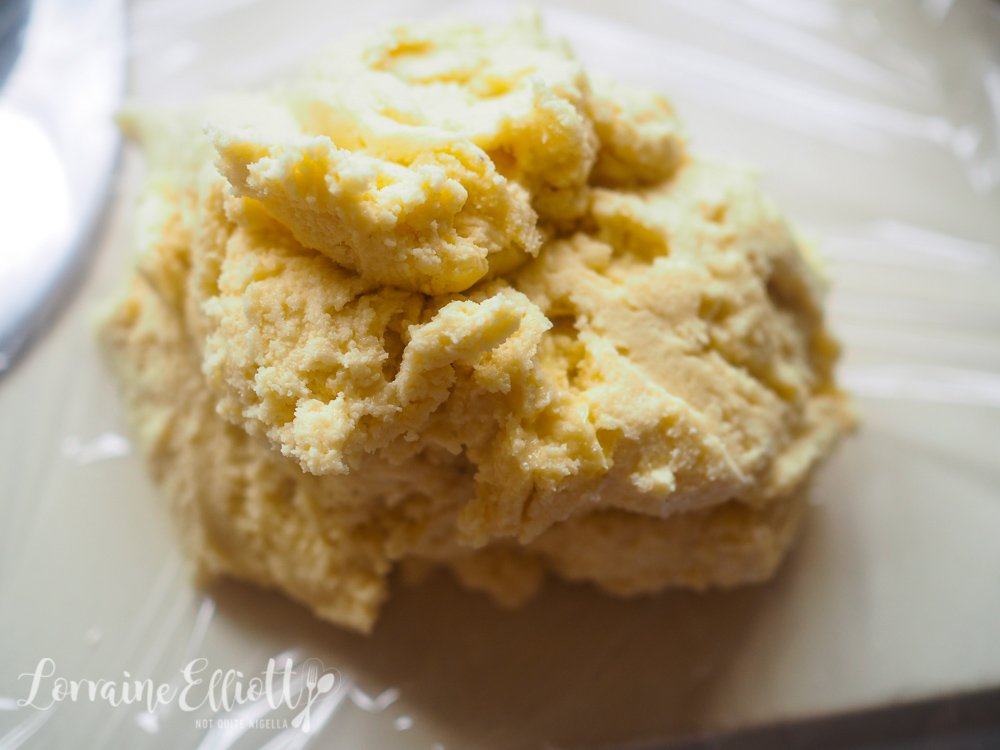 Step 2 - On the slowest speed or by hand, add the flour, cornstarch, cream of tartar, bicarb, salt and 100g/3.5oz quantity of chocolate chips and mix until just combined. Shape into a ball and wrap and place in the fridge for 30 minutes. 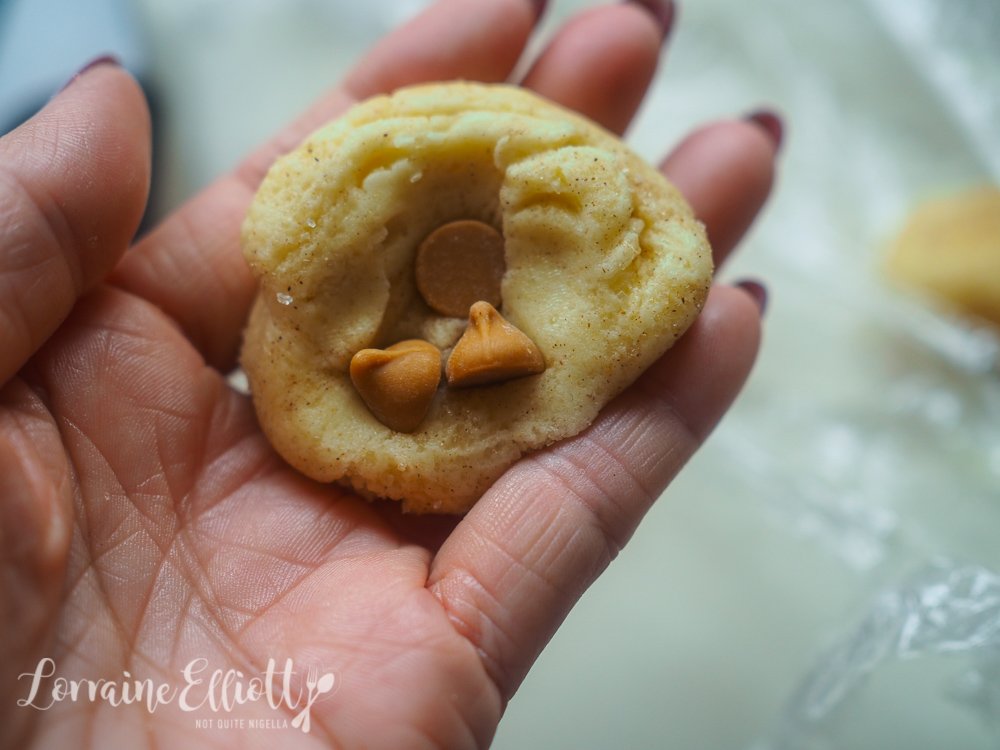 Step 3 - Preheat oven to 180C/350 and line 2 large baking trays with parchment. Mix the sugar, cinnamon and cardamom together and place in a shallow bowl or plate. Pinch off small walnut sized balls and flatten slightly. 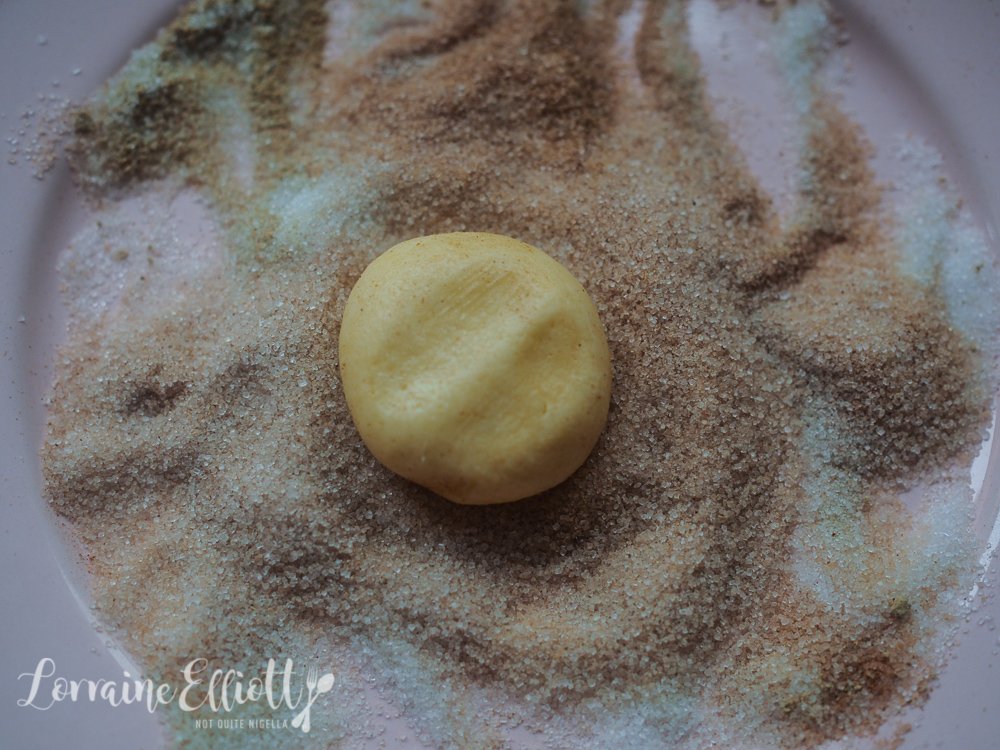 Step 4 - Roll in the sugar spice mixture and place on tray. Repeat with remaining dough. Press some additional chocolate chips on the top of the cookies and sprinkle a little more sugar on top. Bake for 11-12 minutes. 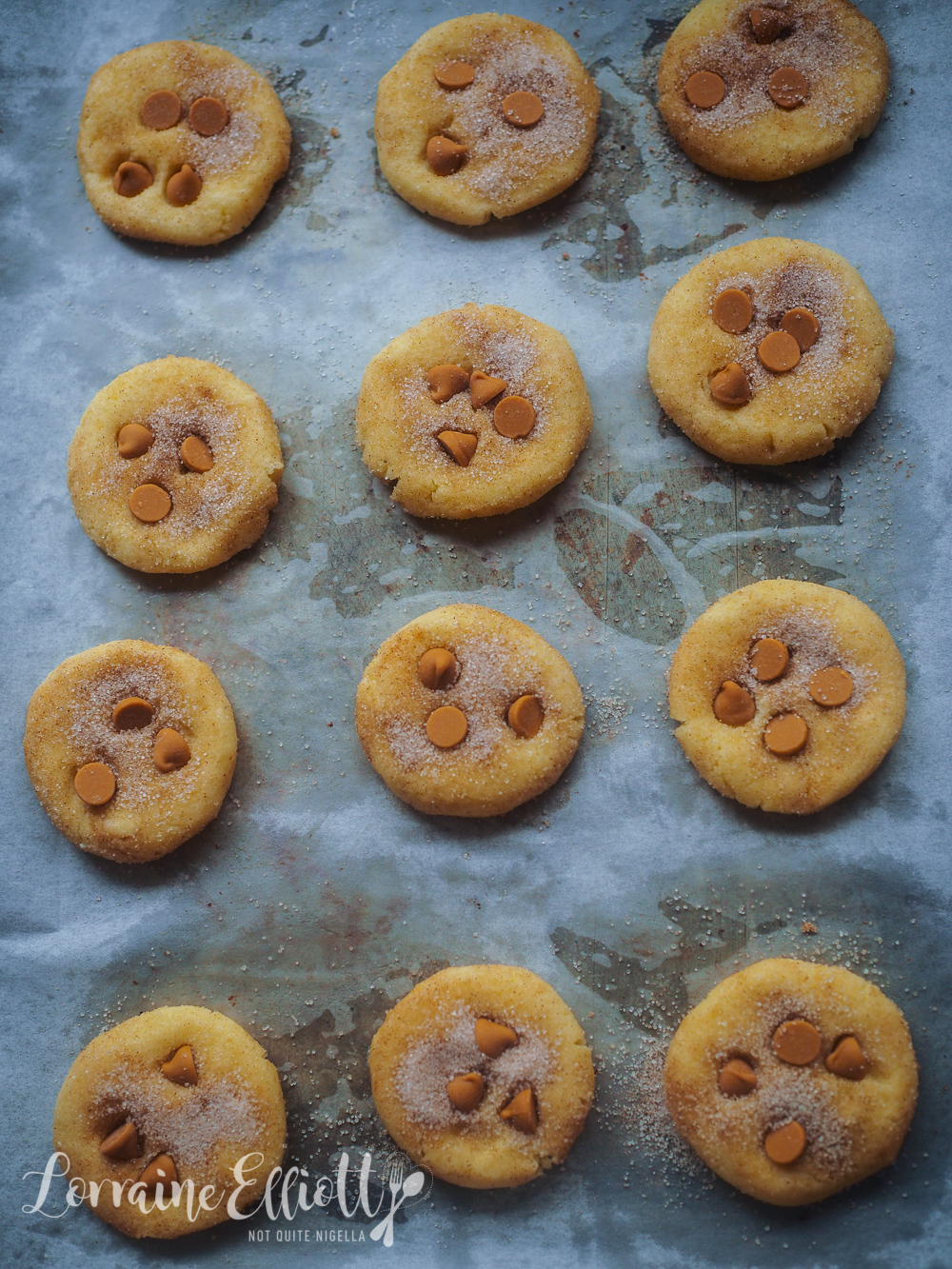 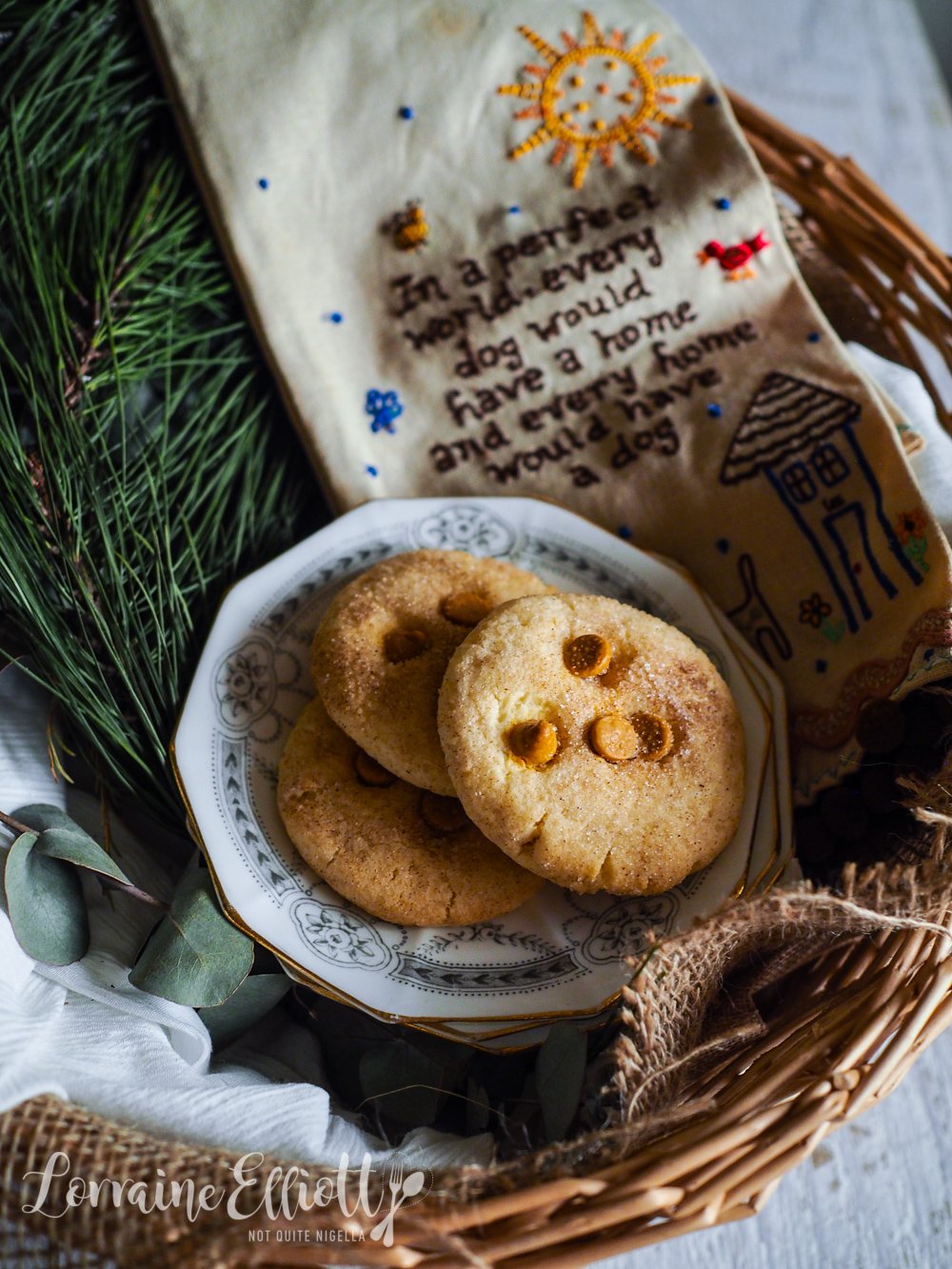