Made From Scratch: My Mother's Chinese Chilli Sauce 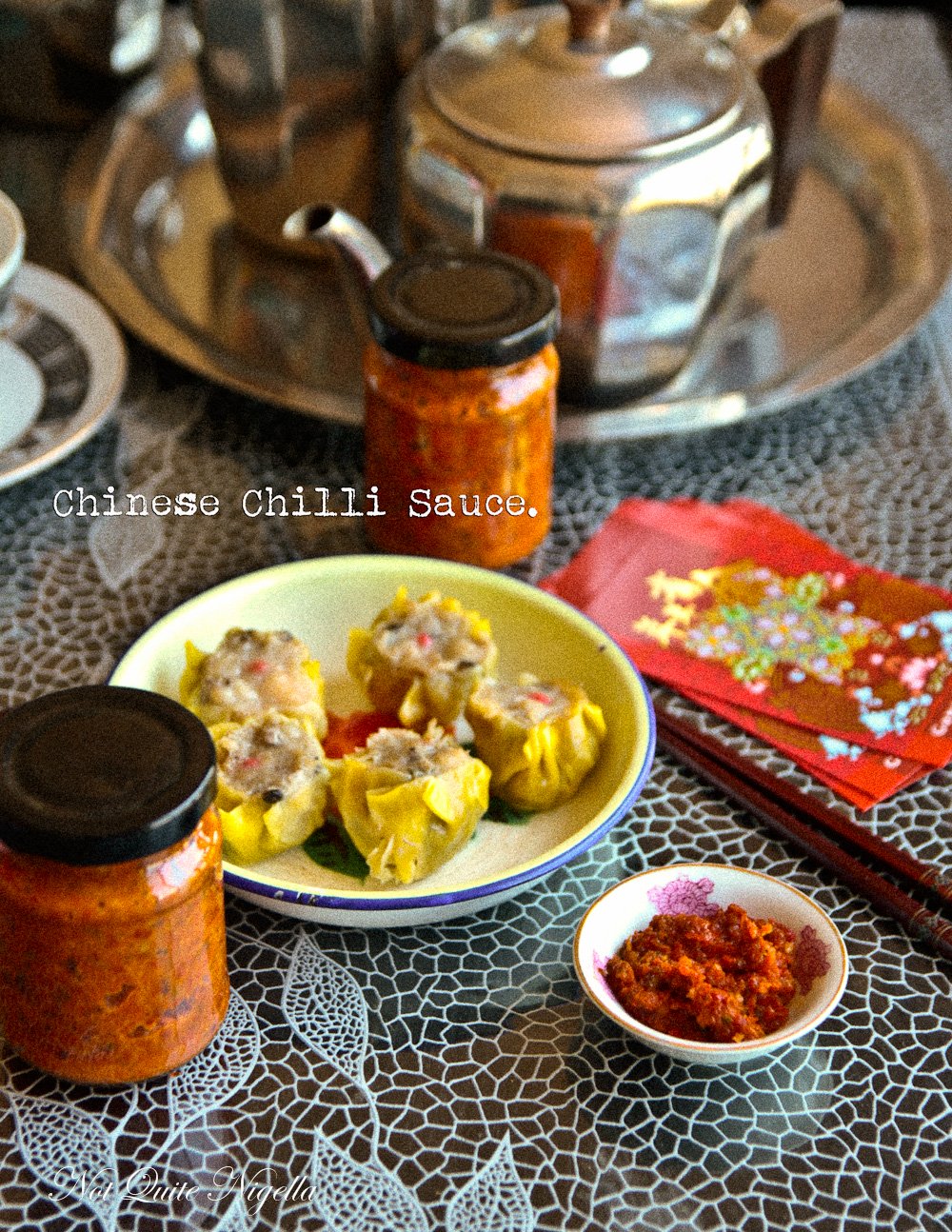 Making your own chilli sauce may seem like effort expended for something relatively inexpensive and easy to buy. But my mother's chilli sauce recipe is really something delicious. We go through jars of this quickly as it is so good. Make the most of this season's sun ripened chillies to make your own for Chinese New Year coming up!

Before I met Mr NQN I had a boyfriend that I had been seeing for several years. I really liked his parents and he mine so when we parted ways and I met Mr NQN and my parents met him, they took a little bit of time to get warm up to him. I think they may have regarded his casual nature a little dismissively. You see he comes from the Mid North Coast of NSW from hippy parents and he is just that little more laid back than people that they are used to.

Mr NQN looks are what my mother calls "rugged" with his casual nature and approach to vanity. He is totally fine with that description. He looks like a younger version of his father, albeit a neater one. His father used to dress ...interestingly. He was once at the beach sorting through his backpack when a well meaning stranger handed him $10 and walked off before he could correct him that he wasn't homeless! 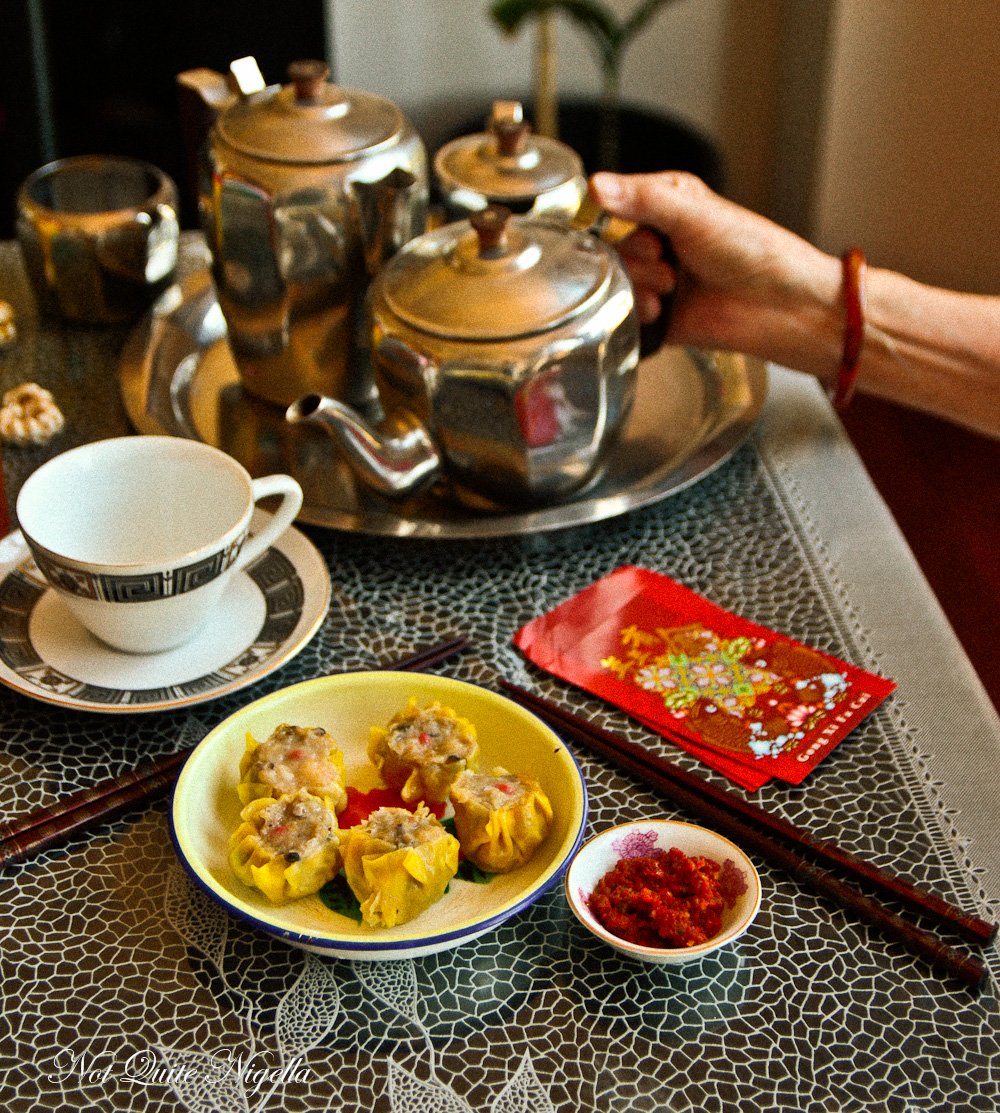 It's one of Mr NQN's favourite stories to tell about his somewhat disheveled dad. But Mr NQN had his own moment like that recently. We were in an ice cream shop on a sweltering summer's day. I was busy ordering when he, Viggo and Nick went to sit down. Mr NQN lay down on a couch and before we knew it, a staff member looked over, saw him with his eyes closed and strode over. "This isn't a hotel you know!" he said to Mr NQN. Shocked, he explained that I was buying ice cream and they apologised for jumping to conclusions. "We have a problem with street people," the manager said by way of explanation. 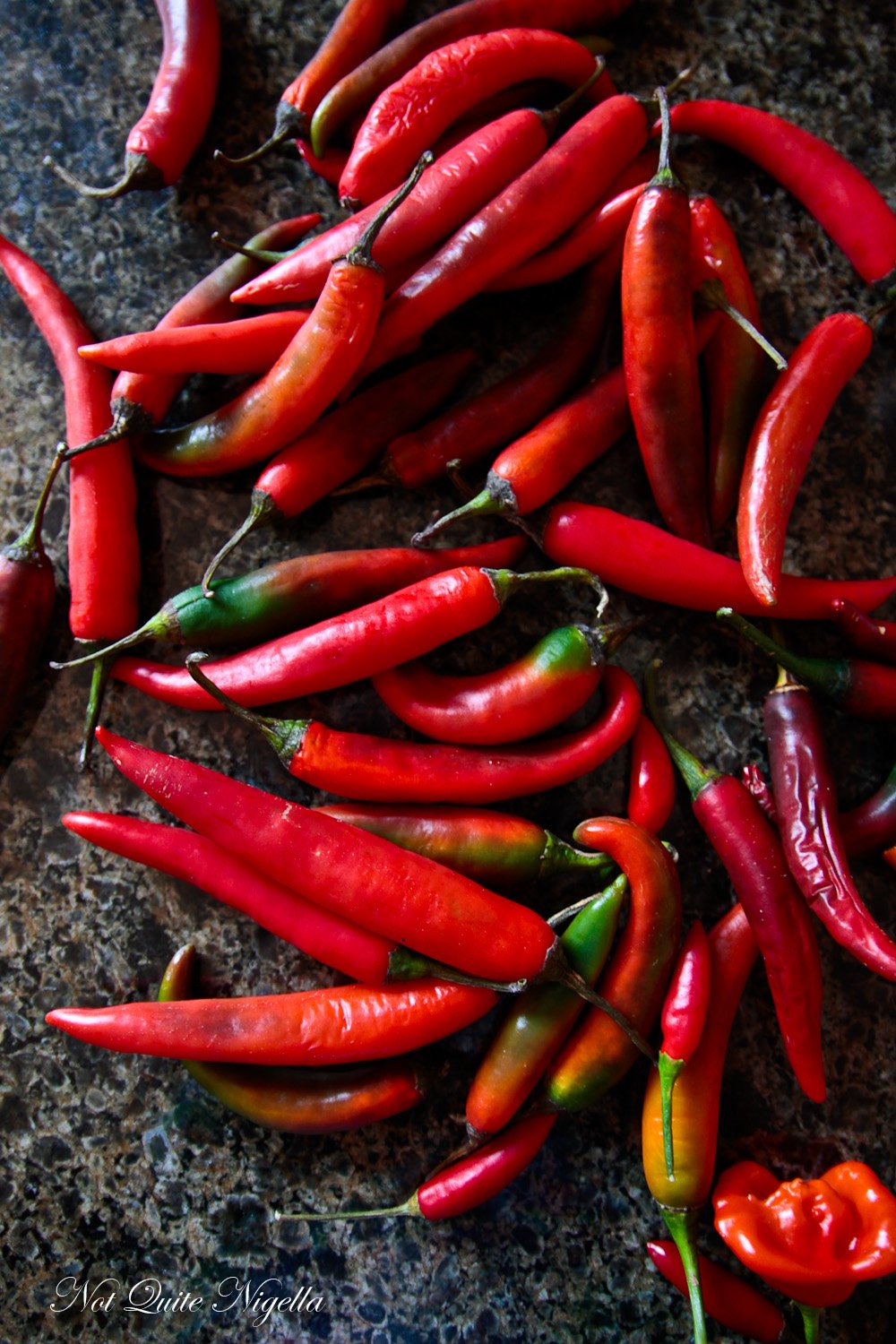 Anyway, my parents now adore him. He is their go to person to do things over me because he is much more patient and easy going. And even though he is Finnish/Australian they say with some pride that he is Northern Chinese at heart because he loves to eat dumplings so much. I can cook him a 600g bag of dumplings and he will finish them within 10 minutes ending with a contented pat of his stomach. And do you know what goes best with dumplings? My mother's chilli sauce!

I know chilli sauce is inexpensive but making your own and knowing what goes into it has got to be better than what you can buy (and given the scare with imported frozen berries lately, timely too). I love the intense flavour and balance of my mother's chilli sauce. In fact we go through jars of it very quickly. Did you know that eating hot chillies can produce a rush of endorphins? Your body reacts to the heat of the capsaicin in chillies releasing your body's own painkillers aka endorphins. It's why eating it can be addictive (or perhaps in this case, it is the flavour of the chilli sauce). 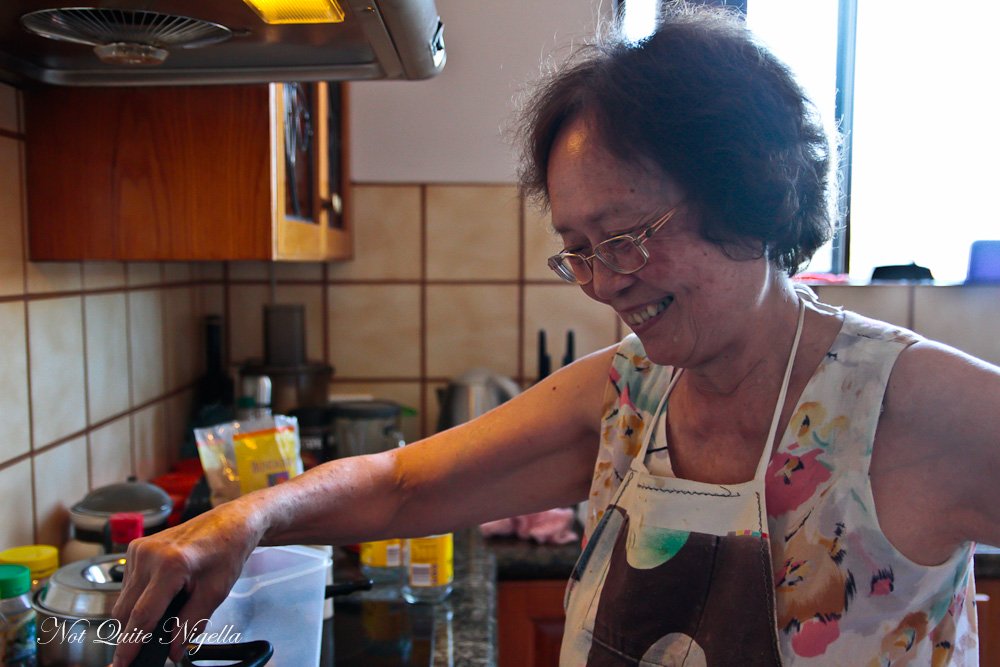 Chillies are in season at the moment as they grow in full sunlight and this sauce is a great gift to give to someone although you may just want to keep it for yourself. It's also almost Chinese New Year (February 19th!) so if you are having a special dinner, serving this delicious sauce may take your dumplings and dishes to another level!

So tell me Dear Reader, what are your favourite types of dumplings? What do you eat them with (soy, chilli sauce, black vinegar or plain?). And what cuisine do you have an affinity with? For me, it's Japanese! 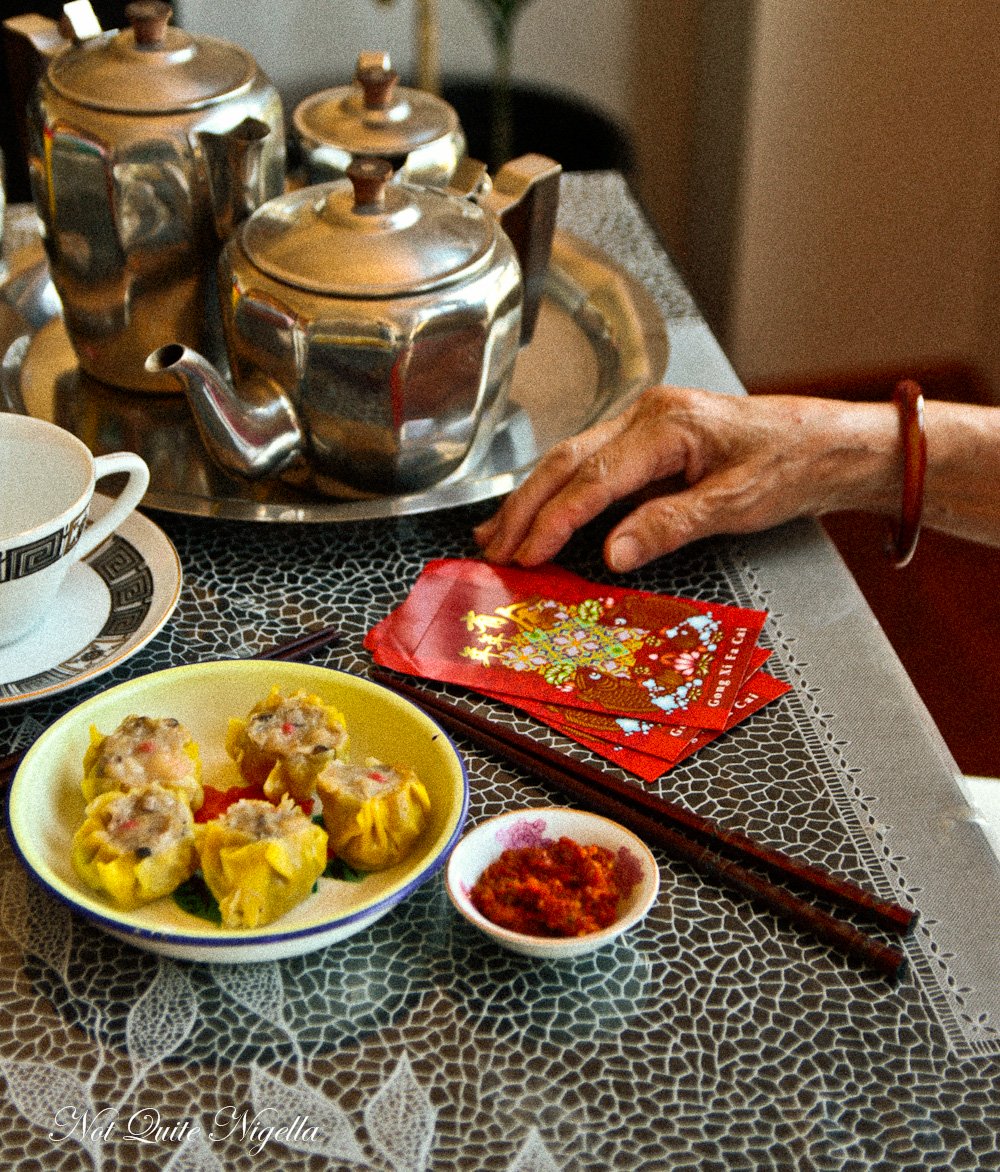 An Original Recipe by My Mother 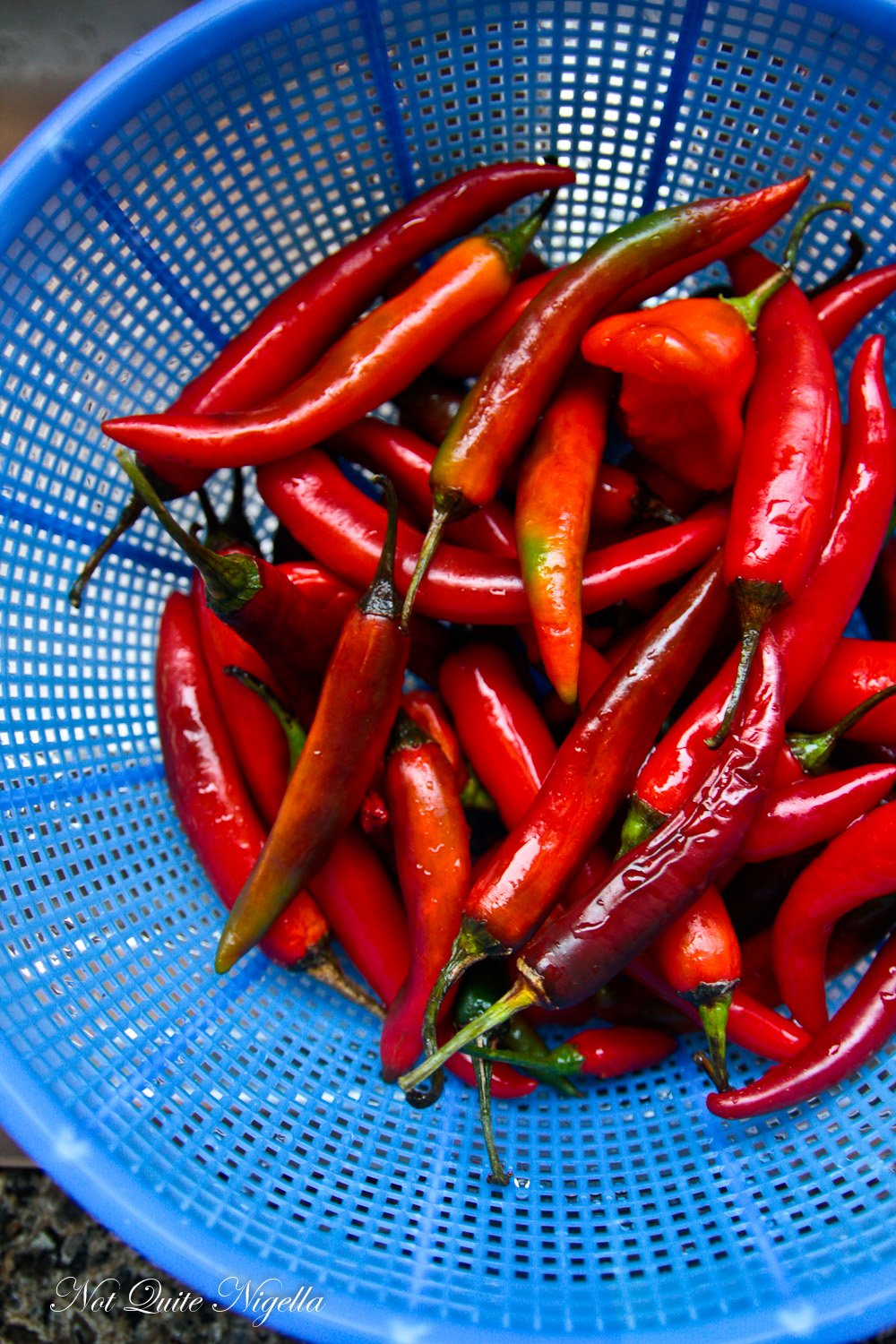 Step 1 - Wear latex gloves (trust me, I even wore two pairs just in case!). Wash and slice the chillies in half lengthways. Remove the seeds and the tops from the chillies (this is where you may want to team up with someone because there are a lot of chillies!). Roughly chop the deseeded chillies. 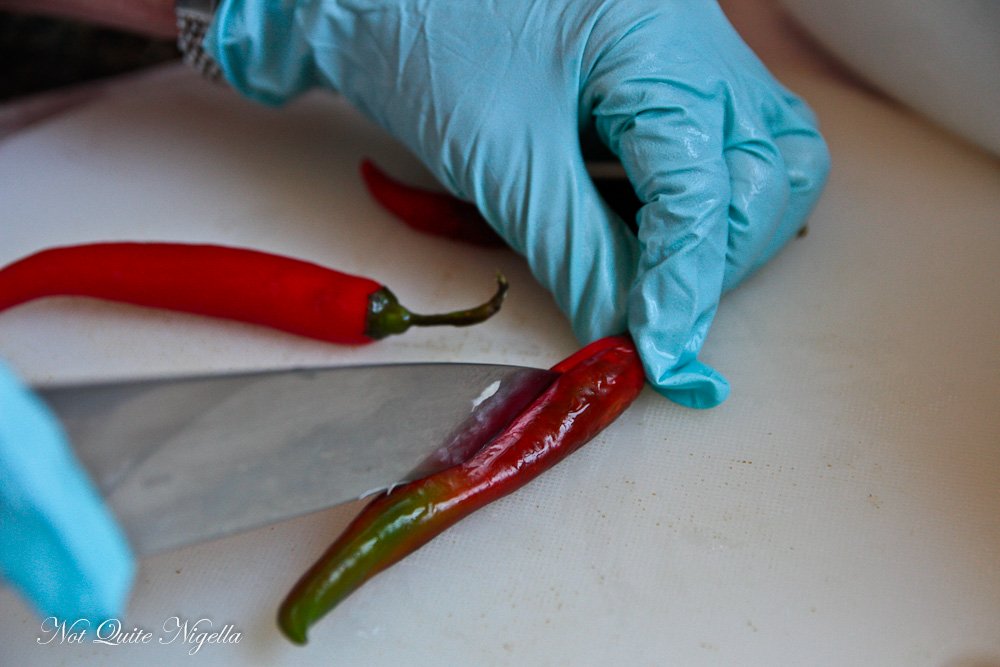 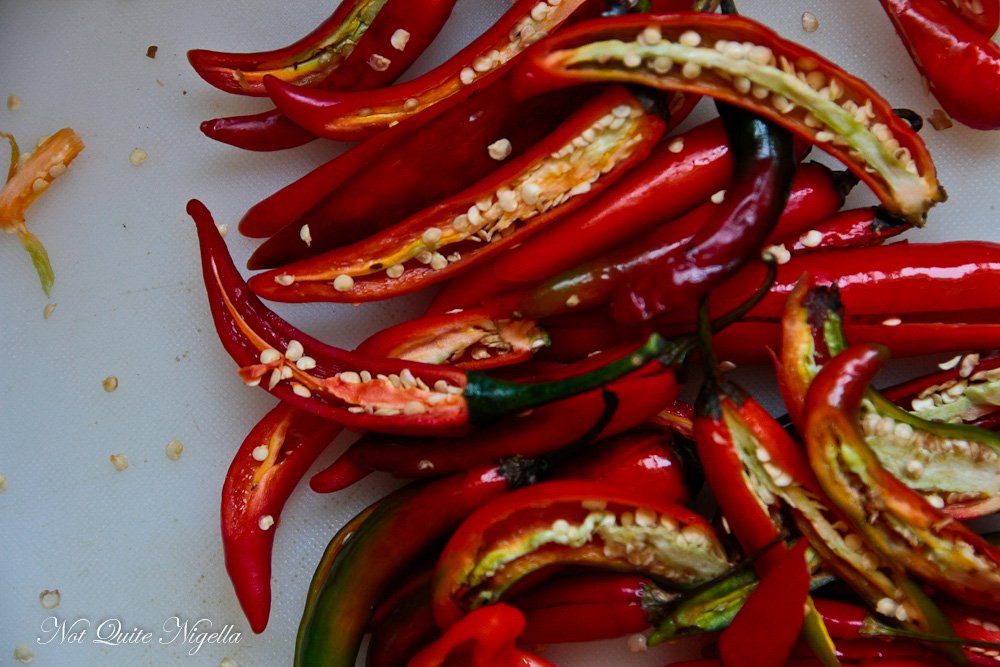 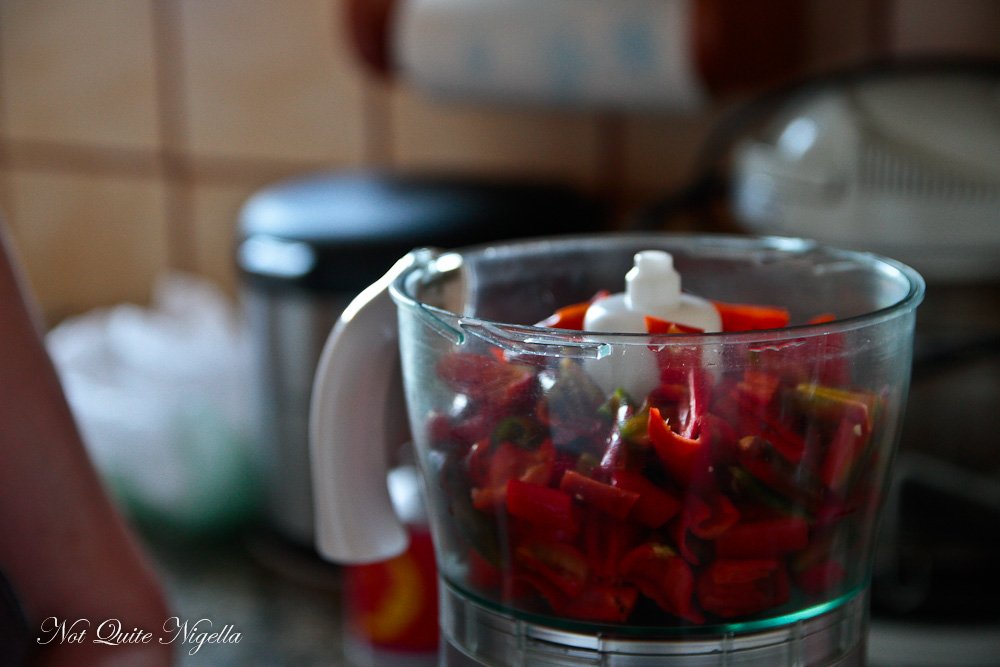 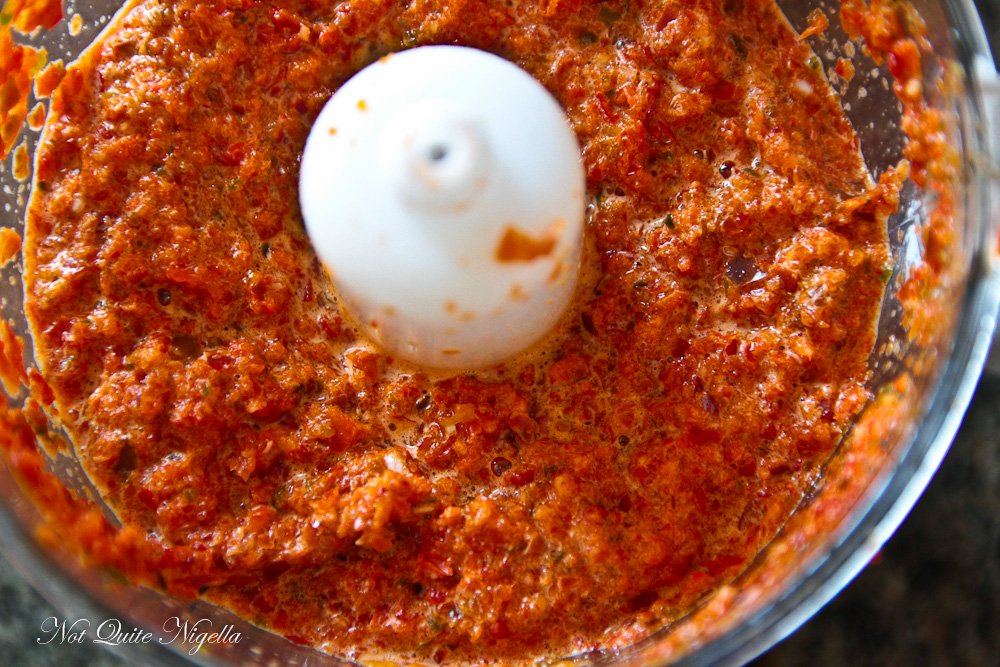 Step 3 - Heat the oil in a wok and place on medium high. The smell of chilli goes everywhere and it can be pungent so it's best to open the windows as it affects some people more than others. Fry the shrimp paste, pressing down and making sure that it cooks down and caramelises. Add the brown sugar, salt, chilli and garlic paste and fry for 5 minutes. Place in sterilised jars. 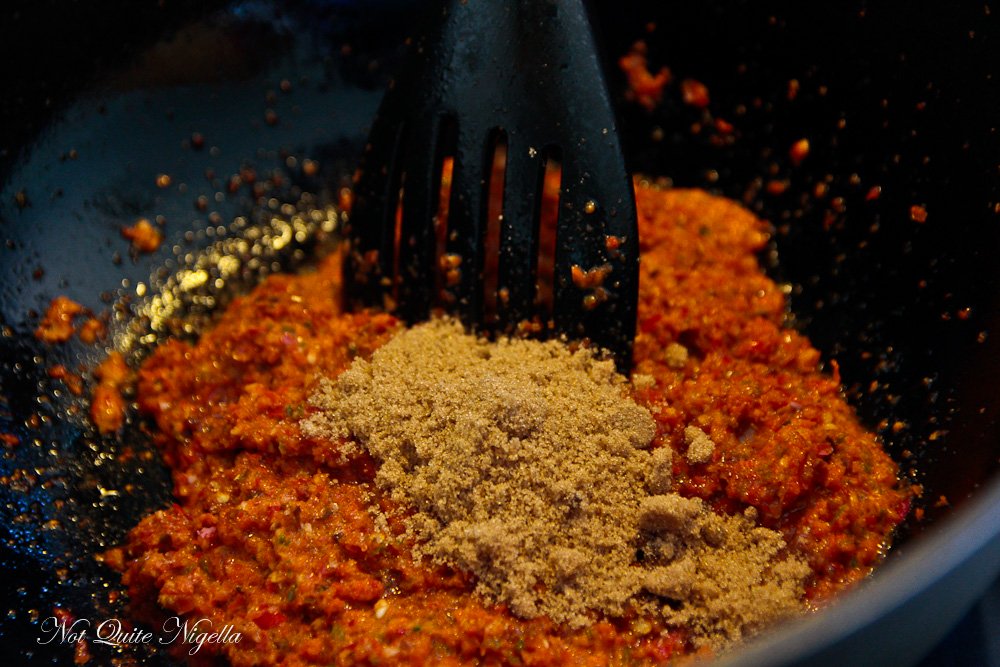