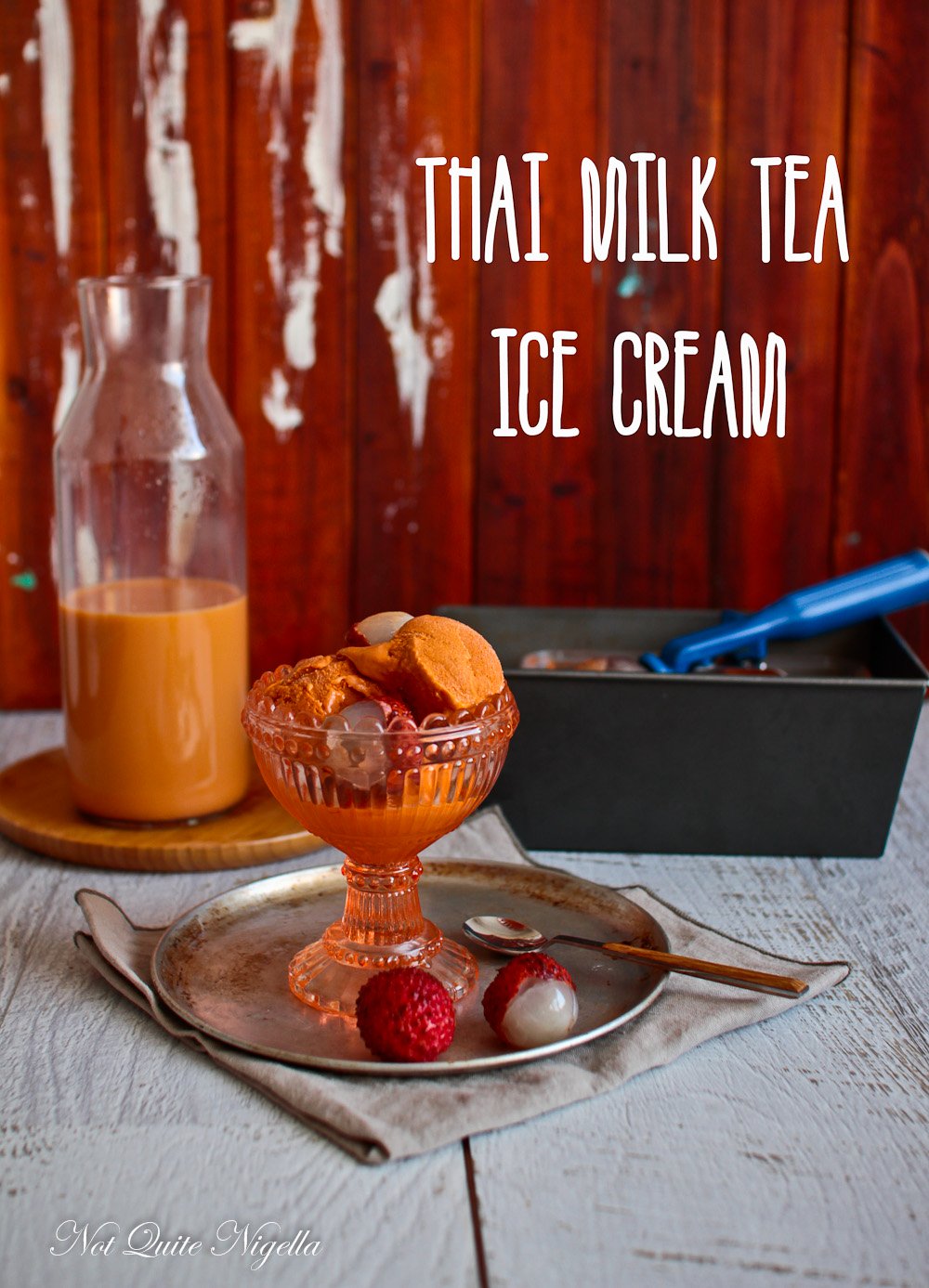 If you've visited Thailand you may have already availed yourself of one of the most divine ways to cool down-with a cup of Thai iced milk tea. If you miss the sweet, milky and very aromatic tea then you'll be happy to know that it is very easy to make at home. Not only does it make a great drink but it also forms the base for a delectable ice cream!

I was meeting up with a friend Gabrielle for lunch the other day and we were sipping Vietnamese iced coffees. If you love the idea of cooling down with iced milky drinks but aren't a coffee drinker, can I offer you the Thai iced milk tea. It's probably responsible for any weight gain I have when I visit Thailand because it comes premixed and on the sweet side. But did you know that it is super easy to make at home and you can control the level of sweetness? Even better is that you can make a delicious ice cream out of it! Made without an ice cream churner of course because who has the time or equipment for that? 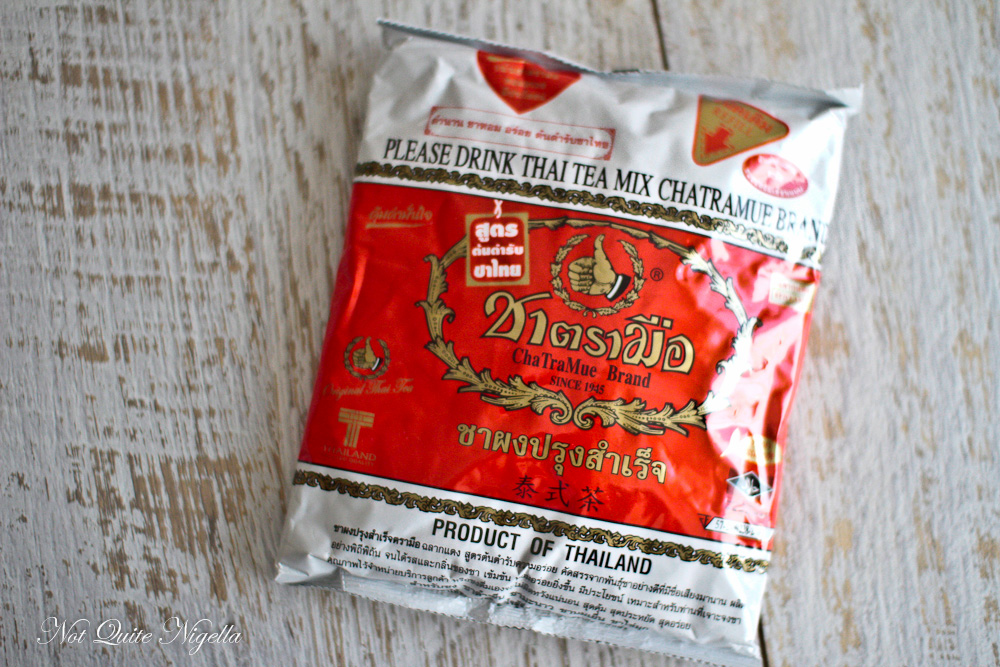 Thai iced tea leaves can be purchased at Thai grocery stores. I found them easily in Campbell Street in Haymarket for those of you in Sydney. They are inexpensive and come in a large bag. Once you open the bag the vanilla and spice aroma hits you straight away. Thai tea leaves also come with orange colouring. You simply steep them like you would black tea and add condensed milk and evaporated milk to the ratios that you like and then serve it over ice. I have a glass jug of this in the fridge that I make up every 3-4 days so that I just have to pour it into a glass every morning. And before you know it, you'll think you're back in Thailand!

While at lunch I brought up the last time I saw Gabrielle in person. She's a travel writer and a former editor of a travel magazine and it had been a while since we actually saw each other but in that strange way that social media does, I knew what she had been up to from her Instagram and Facebook.

"Do you remember that funny weekend? It was so hilarious" I asked her. She and her brother had entertained a table with their sibling antics. Gabrielle explained that while we found it very entertaining, someone from higher up had complained about their behaviour. "Were you there when my brother tried to give cooking tips to one of Australia's top chefs?" she asked. She explained that her brother Warren had no idea who this chef was and proceeded to explain to him the ins and outs of adding spices and seasonings to a meal. I'm sure he took the advice in his stride. He may have even been a bit amused. After all I'm sure it's not every day that he meets someone who has no idea who he is.

So tell me Dear Reader, have you ever had Thai iced milk tea? How much sugar do you have in your coffee and tea? Do you have an ice cream churner and do you use it? 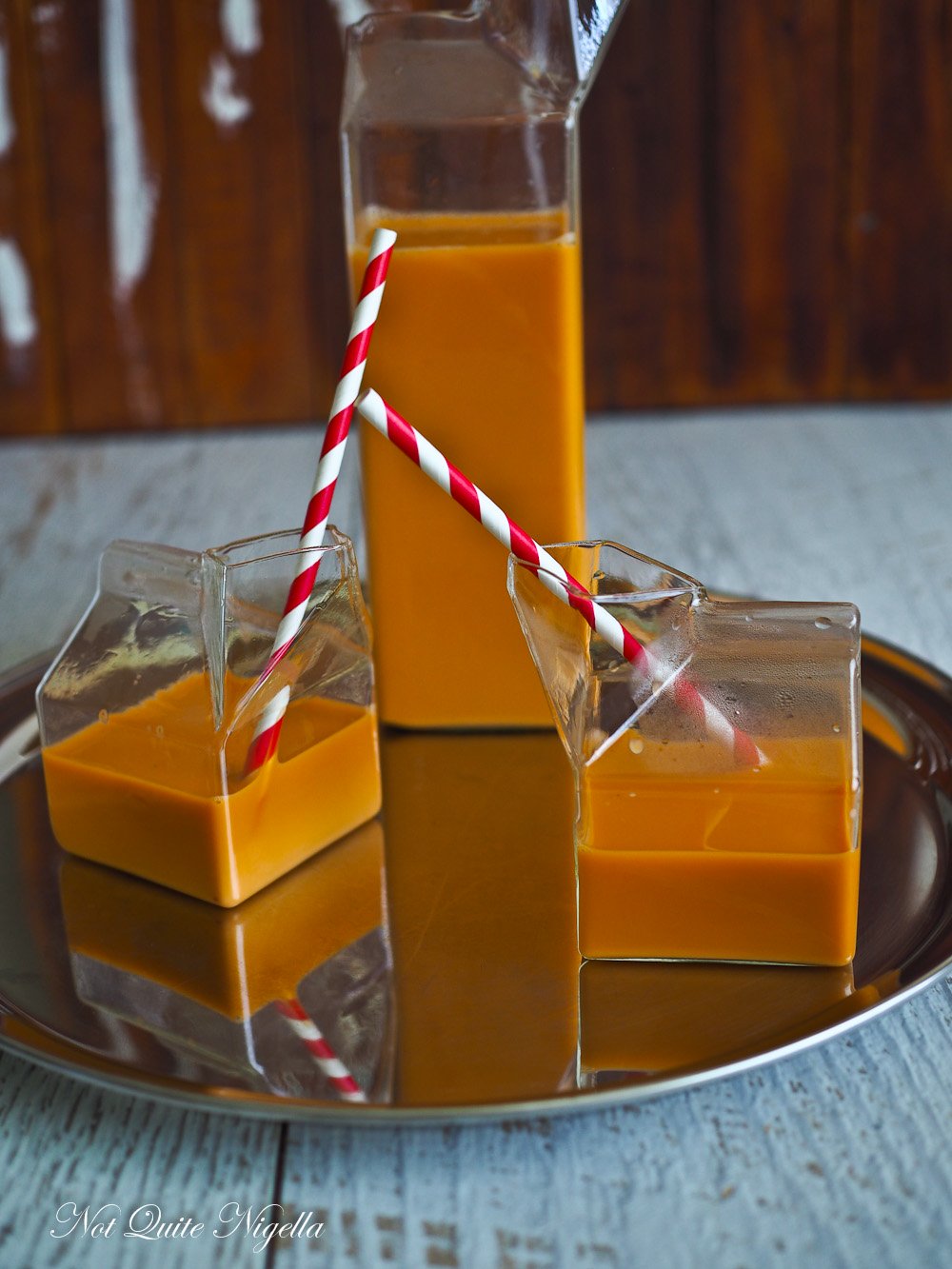 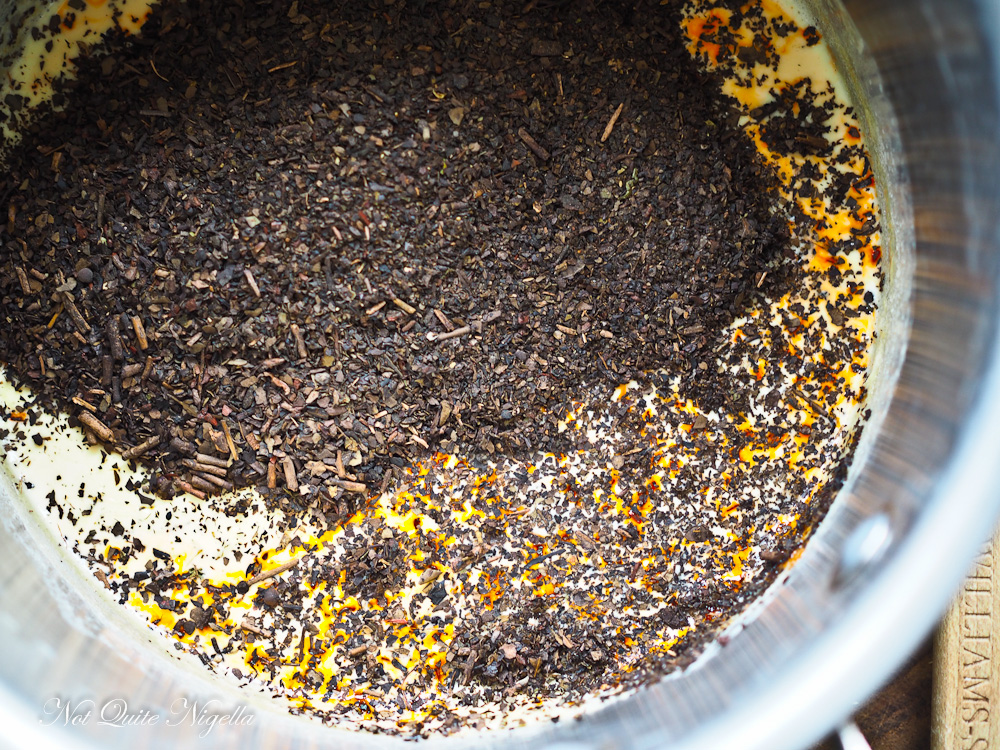 Step 1 - Heat the evaporated milk and milk in a saucepan. Add the Thai tea leaves and steep for 10 minutes. Strain the leaves and discard the leaves setting aside the rest in a jug. 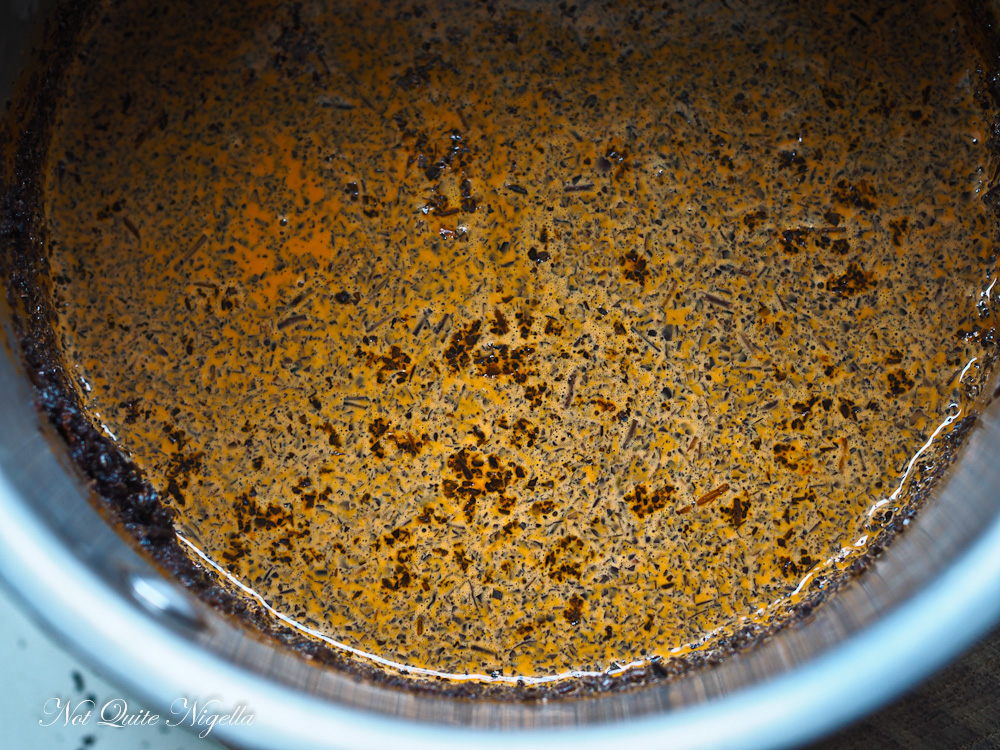 Step 2 - In a saucepan, whisk the sugar, egg yolks and cream until thick. Heat gently on low heat and whisk in the tea steeped milk. Allow to thicken, stirring occasionally just to make sure that it doesn't catch on the bottom of the pot. Allow to cool completely and then freeze until firm. 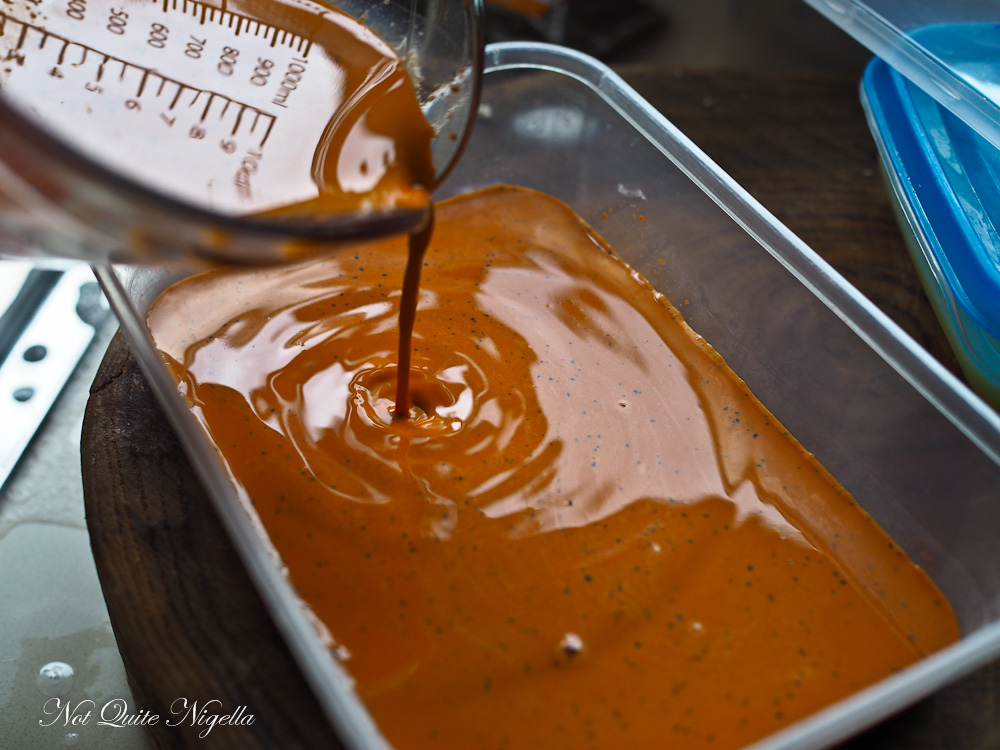 Step 1 - Steep the tea leaves in hot water for 2 minutes. Add sweetened condensed milk to taste and add evaporated milk until it becomes as milky as you prefer. Chill or serve on ice.