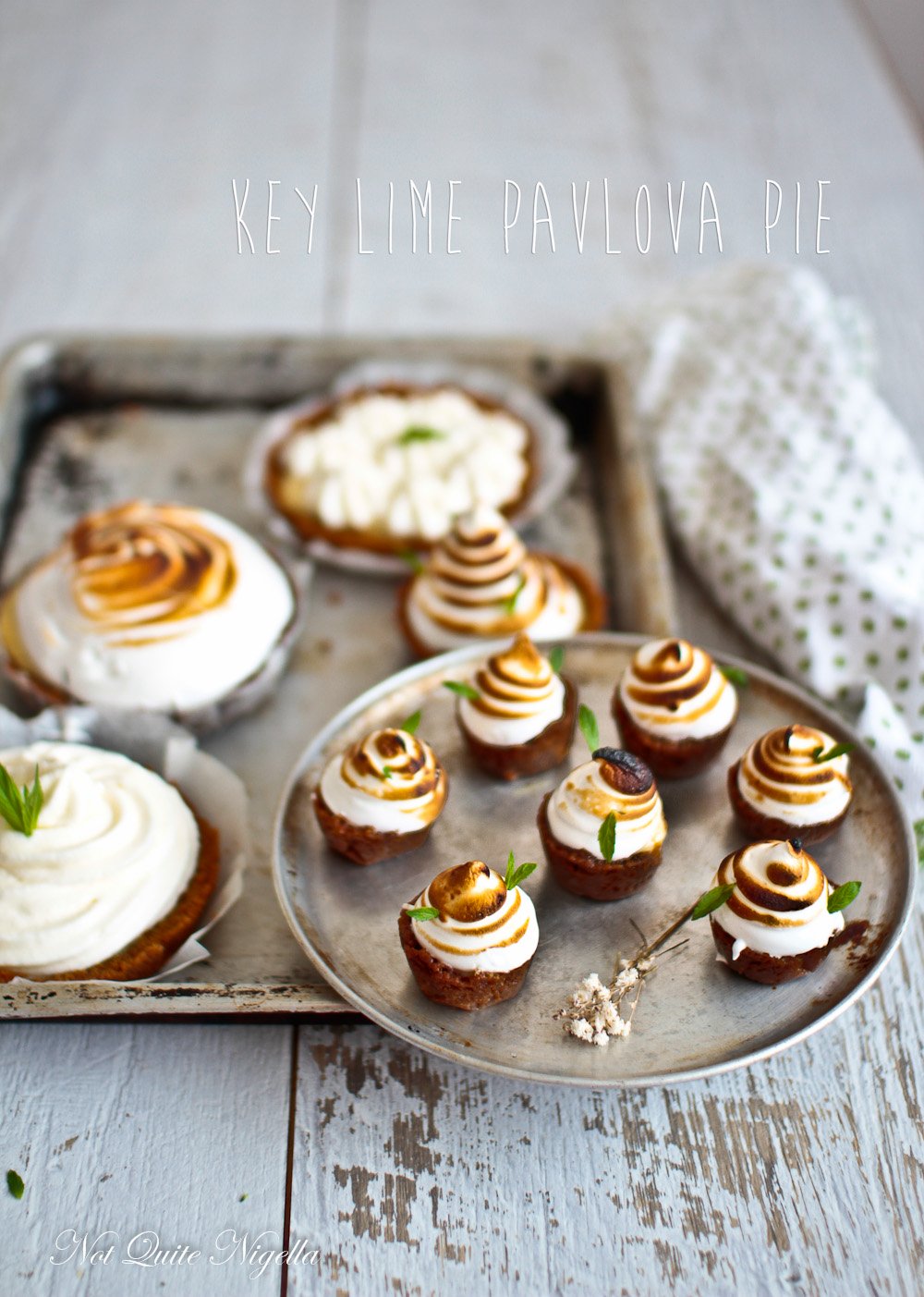 Ever had a key lime pie? I mean one made with real key limes? Key lime are a touch trickier to find in Australia (they are also called West Indian limes) and are more tart than Tahitian or Persian limes which are the common types that we get in Australia. Key limes are small (between 2.5-5cms/1-2 inches) with a much thinner skin and turn yellow when ripe but thanks to a dear blogging friend Cailin I had two long awaited jars of key lime juice. And there was one dessert that I was dying to make: a classic key lime pie just so I could see how a key lime pie should actually taste.

This key lime pie didn't disappoint at all. The recipe for a key lime pie is simple and never really varies. The filling is a whipped mixture of egg yolks, sweetened condensed milk and key lime juice that thickens even before baking - some people even eat this without baking it although it's probably best with the raw egg in it to bake it if you have any health concerns. And you know me, I can never leave well enough alone. I thought that perhaps it was a touch too tart for Mr NQN. Some top key lime pie with whipped cream and some top it like a lemon meringue pie with meringue and I wondered what would happen if I mixed meringue and cream together! I mean at the very least it would be pavlova like no? 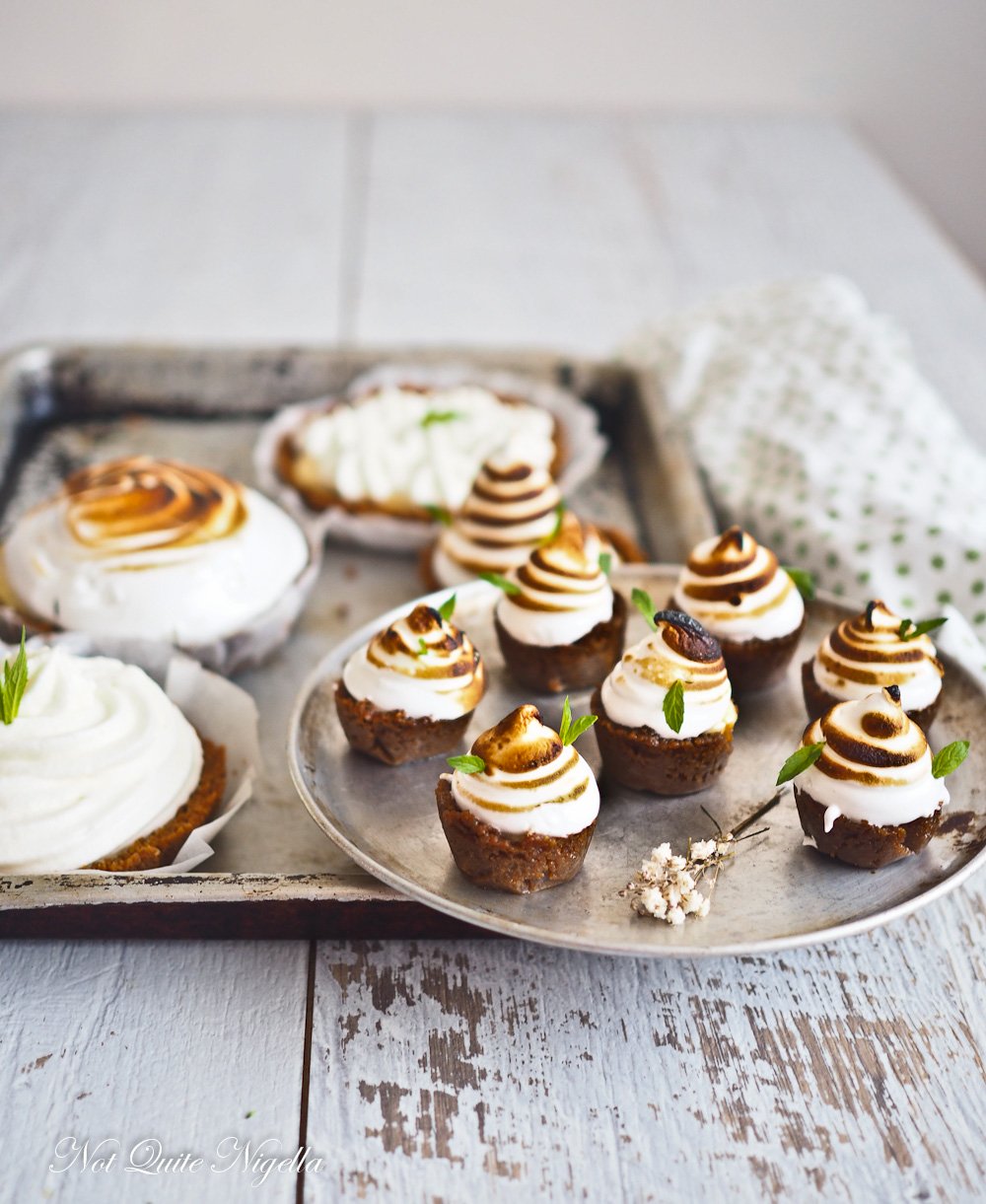 I make a lot of things and do a lot of food experimenting and most of it goes to Mr NQN's colleagues who are an appreciative bunch. One recently left the company and came up to tell Mr NQN to say thank you for the goodies which meant a lot to me. Others take items home to share with their partners. One night he came home from work after drinks and he was a bit tipsy and we were in bed. I showed him a series of funny dog and cat videos (it's a nightly ritual) and there was one where he pointed at the screen and murmured tipsily, "(something indecipherable)... looks like a bunkey's mum".

"What? Do you mean a monkey's bum?" I said laughing and we both collapsed into snorts of laughter. "Stop! I'm trying to go to sleep," he said between guffaws.

From then on whenever I needed to call him anywhere and I had to be put through to him either at work or anywhere else, when they ask me who is calling I tell them, "Tell Mr Elliott that it is Bunkey's mum calling for him!"

Even if you can't get a hold of key limes please give this pie a go. It's so very easy and hardly takes any time at all. People swoon over the tart, smooth filling, crunchy biscuit base and soft and fluffy top. And the meringue and whipped cream topping? Oh I dare say it's even better than meringue or cream because it's the best of both worlds!

So tell me Dear Reader, have you ever tried key limes or a real key lime pie? Have you ever mixed meringue and whipped cream? And are you uneasy about eating raw egg or does it not bother you? People seem to have strong opinions on this I find! :) 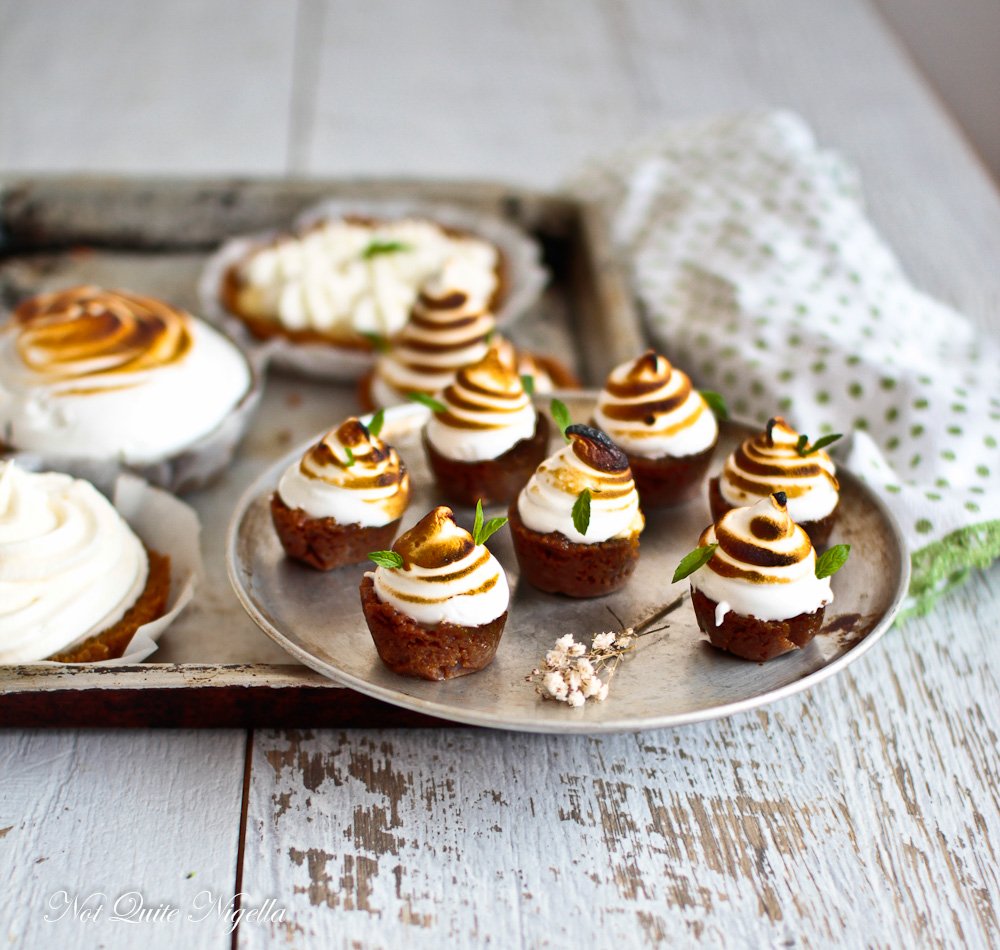 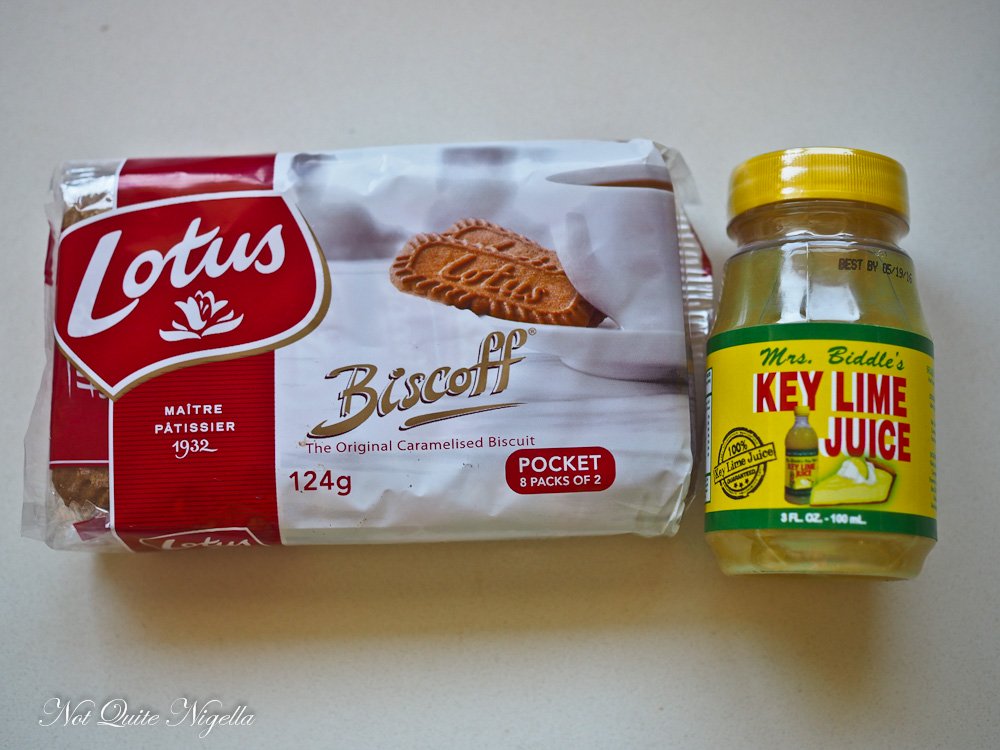 *Key lime juice is a difficult to find in Australia. You can substitute with Tahitian or Persian limes but these are sweeter than key limes. I found Biscoff cookies at my local supermarket but you can use your favourite biscuit for your base too. Graham Cracker cookies are the traditional base. 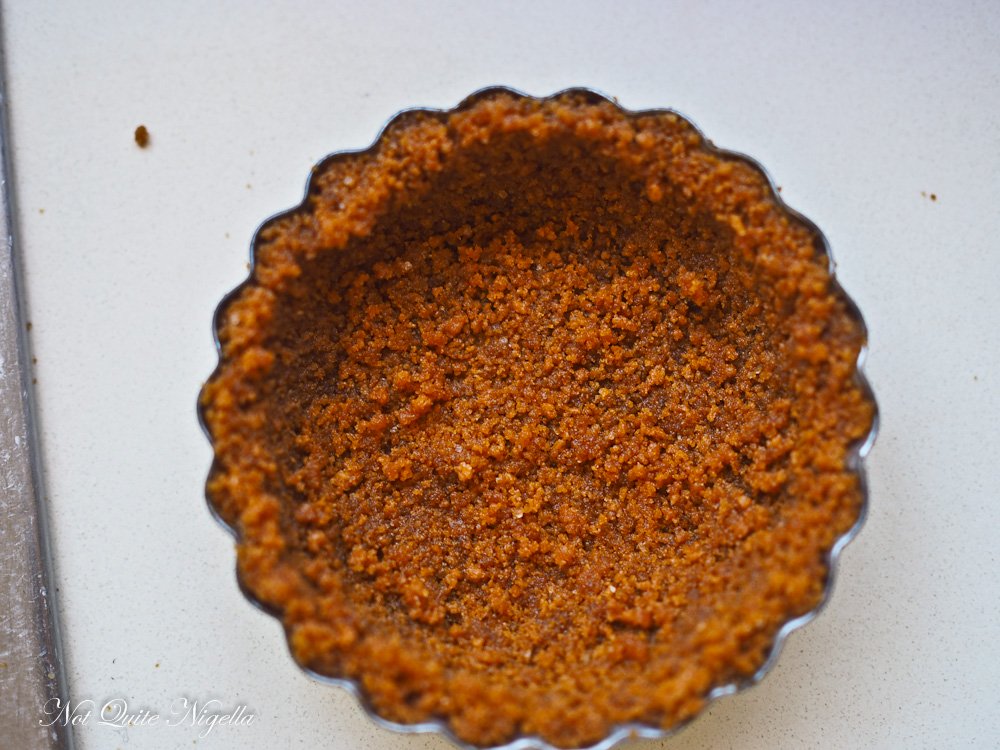 Step 1 - Preheat oven to 160C/320F. Process the cookies until very fine in texture, like sand. Add the butter and mix to combine. Press into prepared tins (you can use one large 20m/8inch tart tin, or several medium ones or very small canape sized tart tins. Bake for 10 minutes and then remove to cool. 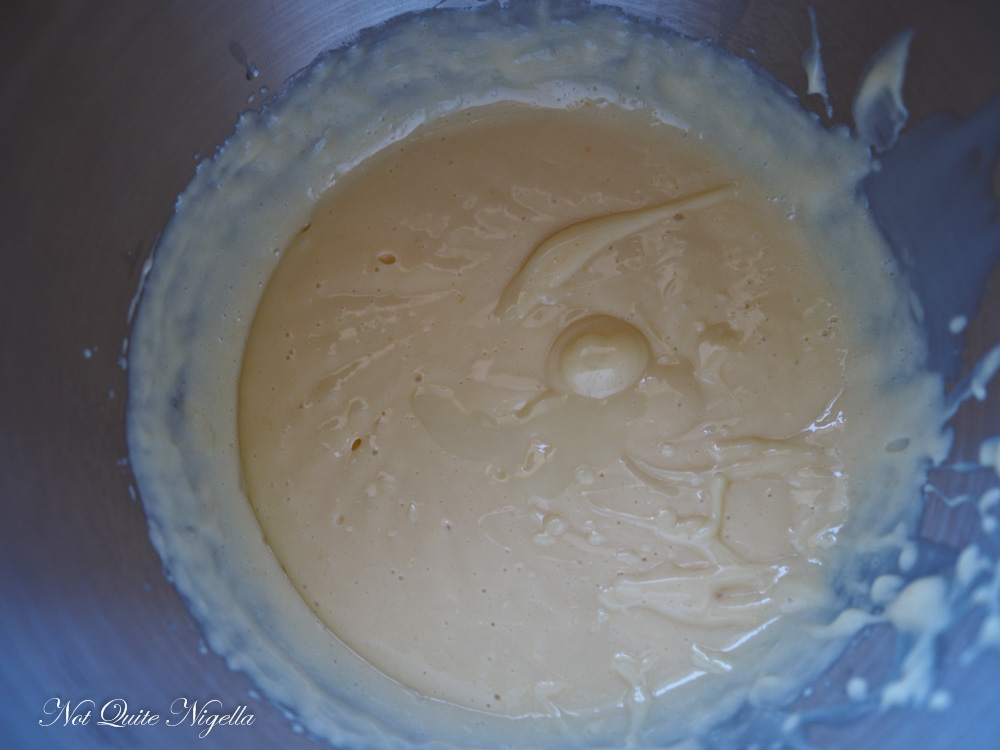 Step 2 - In an electric mixer fitted with a whisk attachment whisk the eggs for a minute, then add the sweetened condensed milk and the lime juice and whisk for 3-4 minutes. It will become thick in texture. Dollop it into the prepared tins and bake. For the canape and medium sized ones, bake for 15 minutes, bake a larger one for 20-25 minutes. Allow to cool completely (can be made the day before). 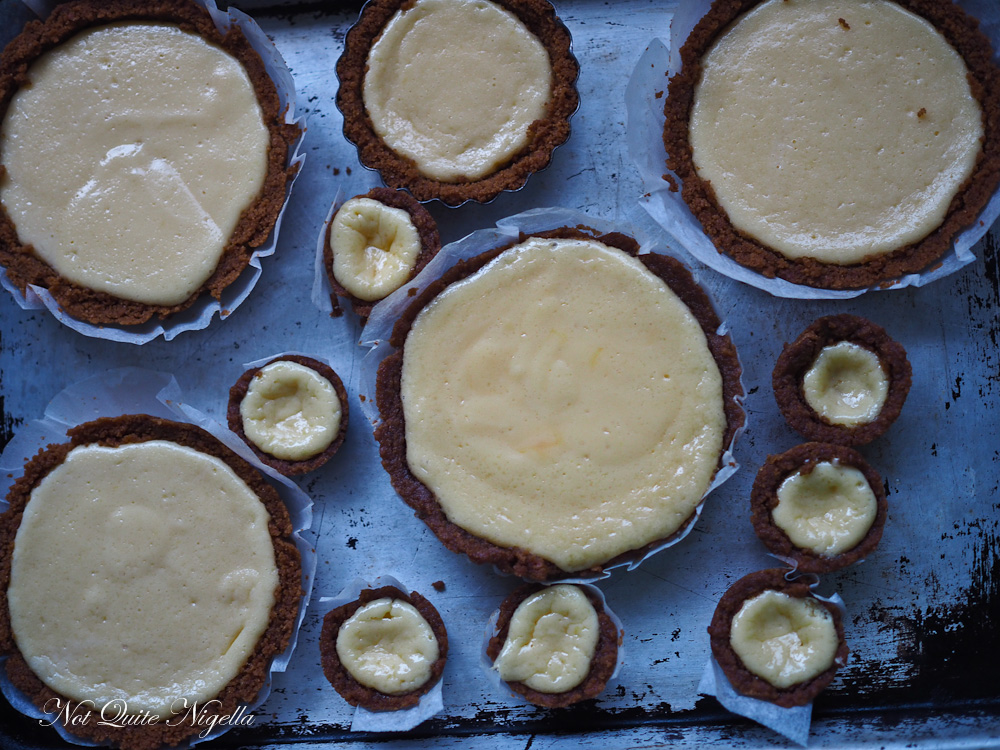 Step 3 - Now choose your own adventure. Do you want a meringue with a burnished effect or do you want to try something perhaps new but delicious?

3a) To make a meringue, whisk the egg whites and cream of tartar in a very clean bowl (make sure to make sure there is no fat or oil in the bowl) until soft peaks form. Add in the caster sugar gradually and whisk until very stiff and it doesn't move if you tip it upside down. Place in a piping bag and pipe on top of the tarts. Use a blow torch to caramelise the outer. 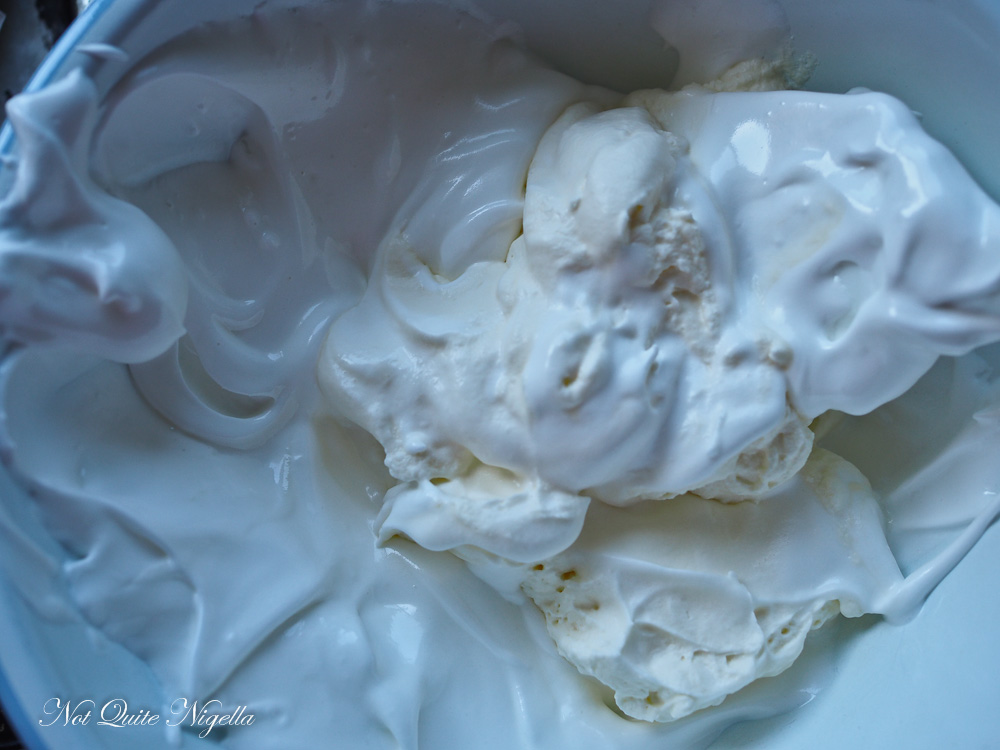 3b) To make a pavlova topping, whisk the eggs whites and cream of tartar in the same was as above adding the sugar until you get firm peaks. Then scoop it out into a large bowl. Using the same bowl and whisk (no need to clean it) whip the cream and then fold it into the meringue mixture. Pipe on top of the tarts. It's best not to torch this as it will collapse. 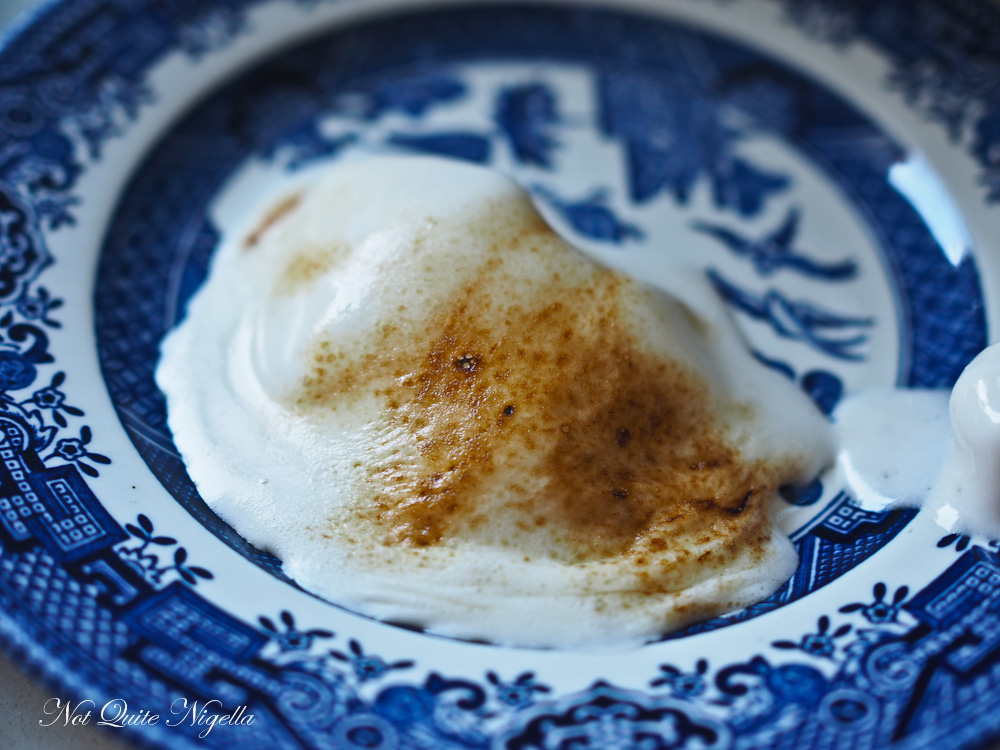 I couldn't resist trying it. This is what happens when you blowtorch the pavlova meringue topping