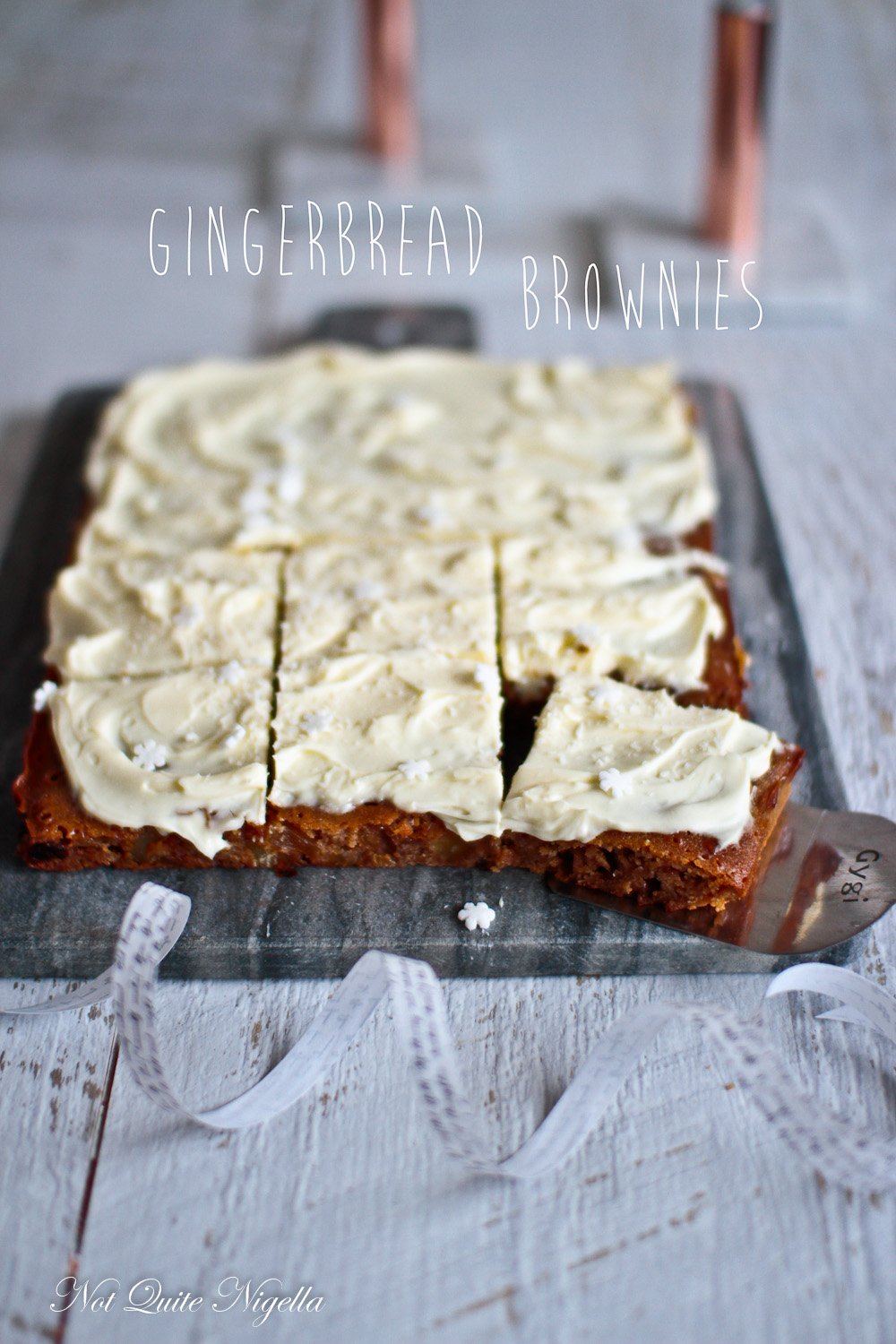 Fudgey, spicy and rich these gingerbread brownies smell like Christmas when they're baking. The sweetness comes from the white chocolate (there's no additional sugar added-not that I'm purporting that these are diet food!) and these are also delightfully gluten free as only a great fudgey brownie (or actually a blondie) can be! Top these off with a tangy cream cheese icing that resembles a thick blanket of snow and Christmas isn't far away! 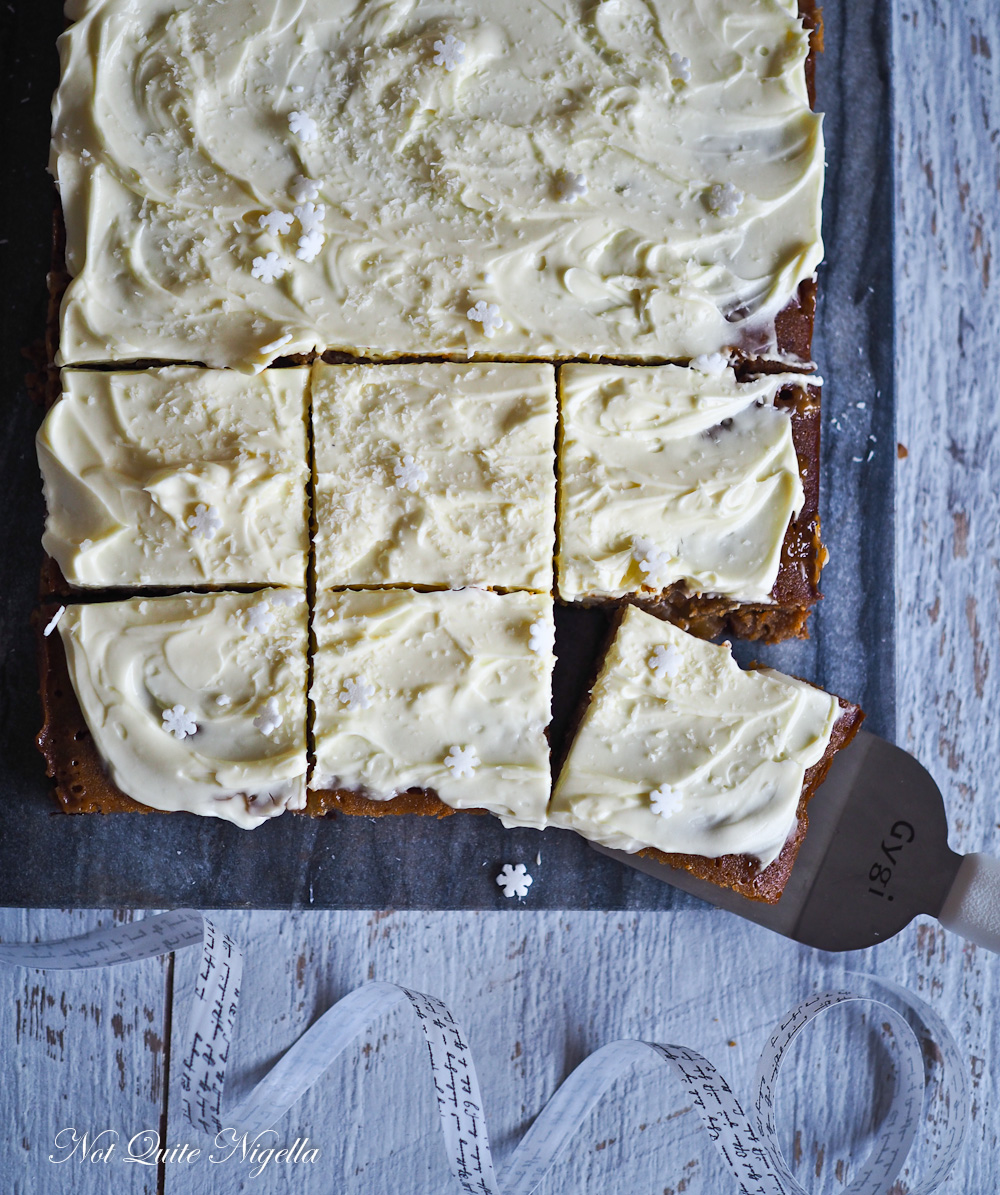 Christmas is so close I can smell it. Okay perhaps that's the gingerbread brownies that I'm making. But seriously, I really can't wait for a bit of a rest. I have grand plans of course. The main aim is to read books and watch television in bed. I'm going to channel Hugh Hefner (well only in one aspect, I might give the Viagra a miss) and not change out of my pyjamas. Nobody will be knocking on my door because everyone around Australia will either be at the beach or in a tryptophan induced coma from the turkey. I'll probably bake some things and I'll probably be eating lots of leftover cakes and roasts. 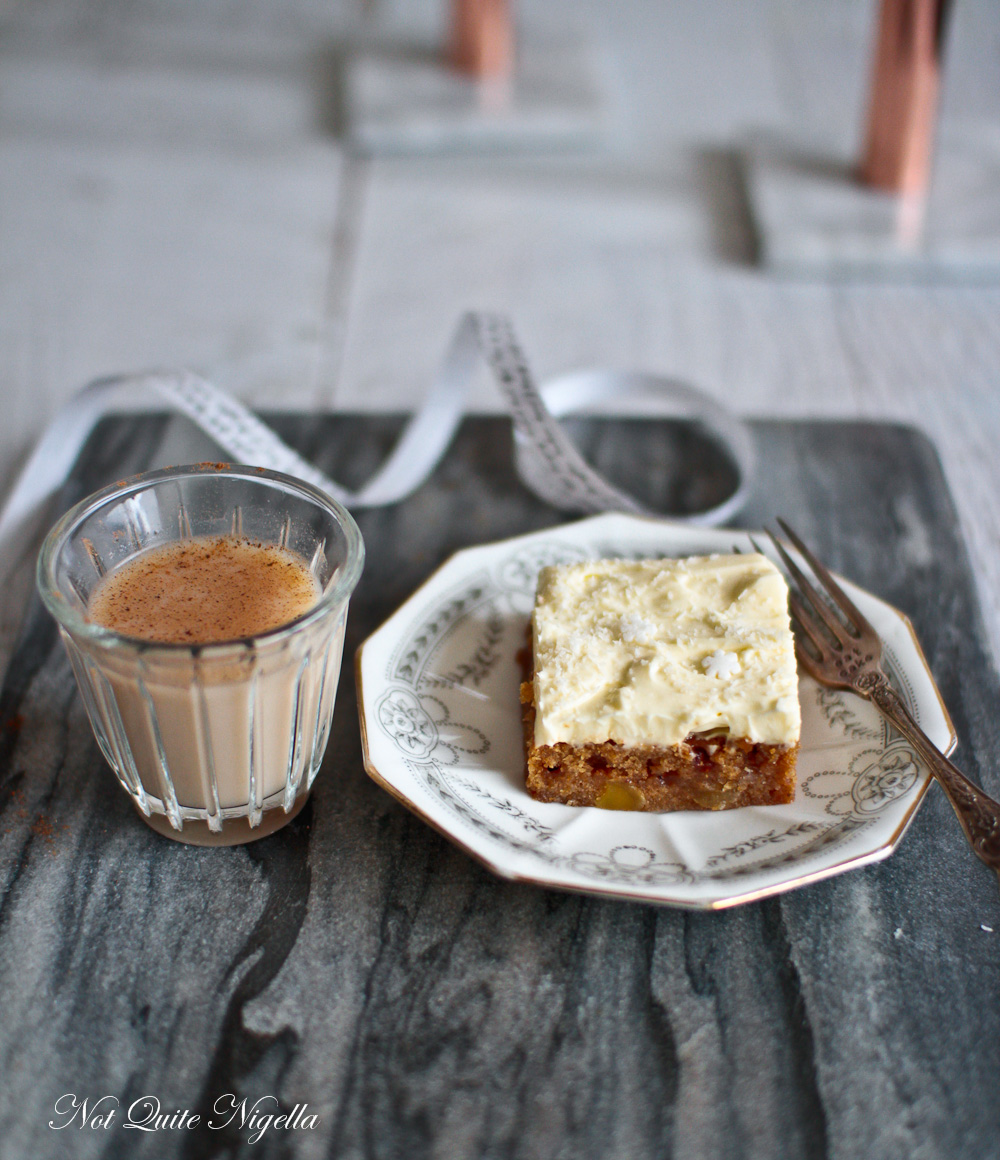 Which brings me to a recent discussion we had over lunch recently. Faced with a week or two off we were discussing tv shows to binge watch. Because we like to be prepared you know ;) So ta-da! Here's a list of bingeworthy TV shows (in my very humble opinion). Because I plan to almost get a PhD's worth of research over this break ;)

Black Mirror - if you liked the Twilight Zone and Tales of the Unexpected then you might like this anthology series of dark tales. I love it because it really makes you think about how technology is changing our world for the better and worse (mostly worse). My favourite episodes were: National Anthem, White Christmas, Shut Up and Dance, White Bear and San Junipero (probably the only uplifting one in the series!). For some reason Netflix (which I am always on the verge of cancelling and then they put up something new!) will take new viewers to season 3 episode 1 which isn't one of the strongest episodes so don't let that put you off. Go to season 1 episode 1 and a little warning about that episode - it is full on.

Silicon Valley: I love nerds! Hey I married one...

Silicon Valley - the lovely Eva put me onto Silicon Valley because she thought that Mr NQN would love it. She wasn't wrong. It is one of the few shows that we watch together. It is a comedy set in Silicon Valley and follows the path of a software engineer and his colleagues and their attempt to get a start up happening. There's nerd humour, it's a bit like Revenge of the Nerds for the 21st century. The bonus is that you also learn a bit about the tech business world too but in a fun way, as if you had an interesting lecturer at uni. 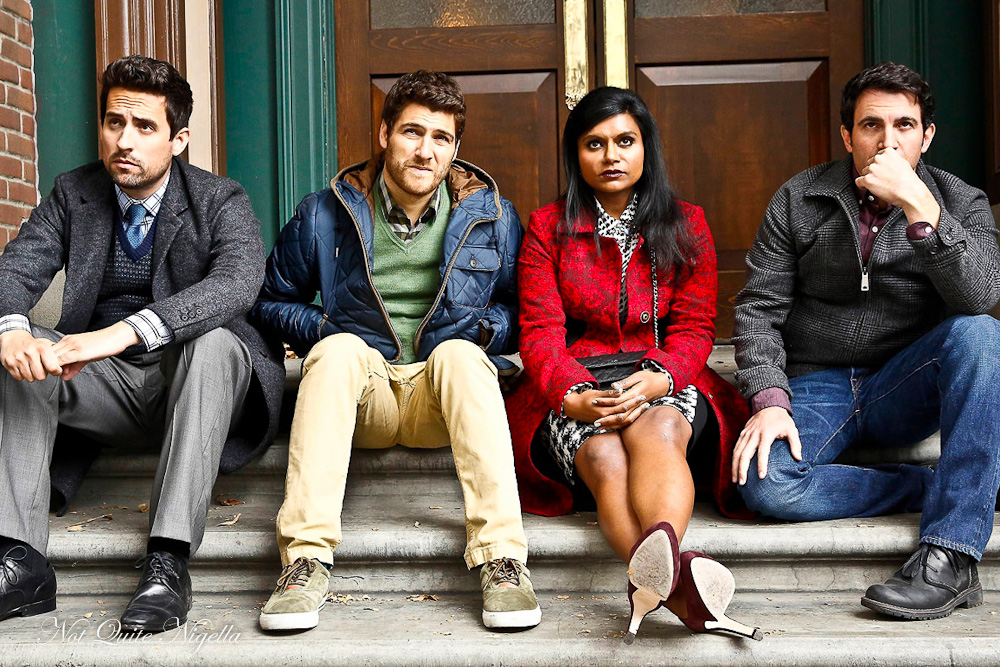 The Mindy Project: a man smorgasbord

The Mindy Project - Mindy Kaling as Mindy Lahiri is gorgeous, has great dresses and really gorgeous boyfriends. I can't blame creator Mindy Kaling, I'd probably do the same if I cast my own show (and yeah then probably be up for sexual harassment charges!). This is a witty, super fast, fun comedy with a great ensemble cast and lots of man candy. Hello Garret Dillahunt! 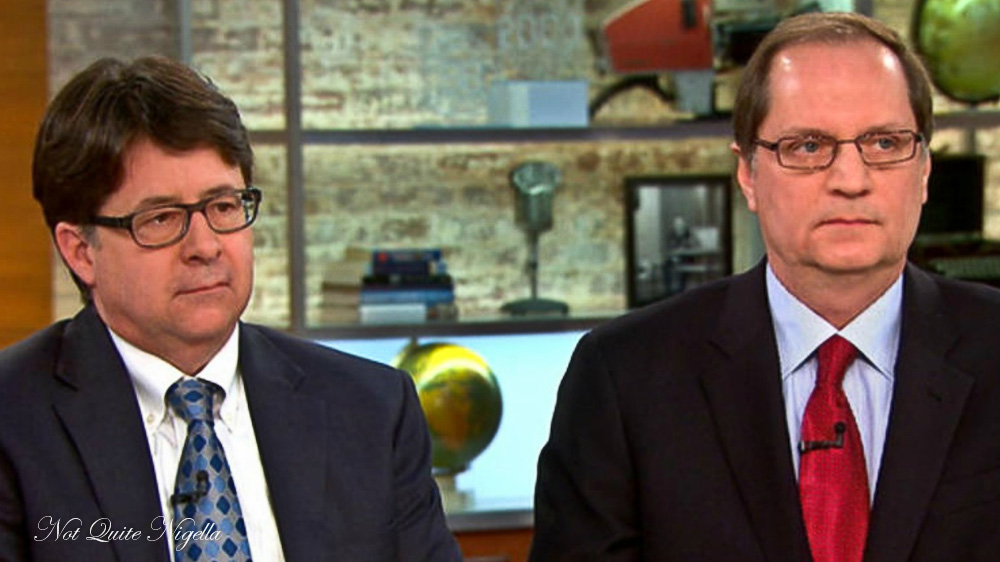 Making a Murderer - I tried to watch this series several times but it wasn't until someone told me that it only sucks you in at the end of episode 4 that I finally capitulated. True life is crazier than fiction and Avery is a largely unsympathetic character if you are against animal cruelty but something definitely stinks in Manitowoc County, Wisconsin. 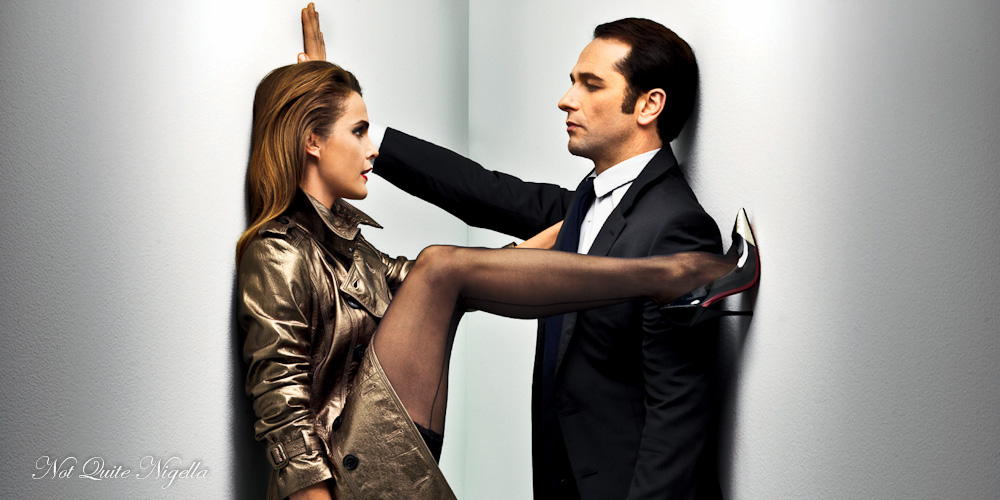 The Americans. There's a lot of sex in this show. Duh.

The Americans - I once told a woman that I thought The Americans was one of the best shows on tv. She looked very doubtful, "I wouldn't say it was one of the best..." she said. But in the same breath she added that she really loved the Real Housewives franchise, something that I would only watch if I was in the mood for a drill to my brain. The point is, it's really clever, superbly acted and has great music (it's set in the 80's). And honestly I would have said that I was the last person to be interested in a cold war drama. And the chemistry between Keri Russell and Matthew Rhys is authentic and real because they're married in real life (they met on the set). Plus the wigs! The wigs deserve an Emmy on their own.

American Crime Story: The People v. O. J. Simpson. I literally finished the last episode of this series last night! I didn't honestly expect much (I had somehow missed all the rave reviews) and even though we all know the outcome it was fascinating to see everything from behind the scenes. MVPs: Marcia Clark/Sarah Paulson. Clark for putting up with rampant sexism and bullying and Paulson for playing her to perfection.

So these are my little recommendations. I also suggest that you have a plate of these brownies to nibble on while you are watching because the best accompaniment to a good tv show is tv snacks!!

So tell me Dear Reader, have you watched any of these shows and if so what did you think of them? Do you have any tv show recommendations? Can you smell how close Christmas is?

Buyer's note: I used a gingerbread spice mix by Gewurzhaus that has cassia, coriander, star anise, ginger and nutmeg banda in it. There is a store in Sydney's Strand Arcade as well as 6 in Victoria and online. For Heath's toffee bits you can buy these at USA Foods online. Chestnut flour is available at gourmet stores or at Cheznuts online. Buckwheat flour is found at the supermarket in the health food section. 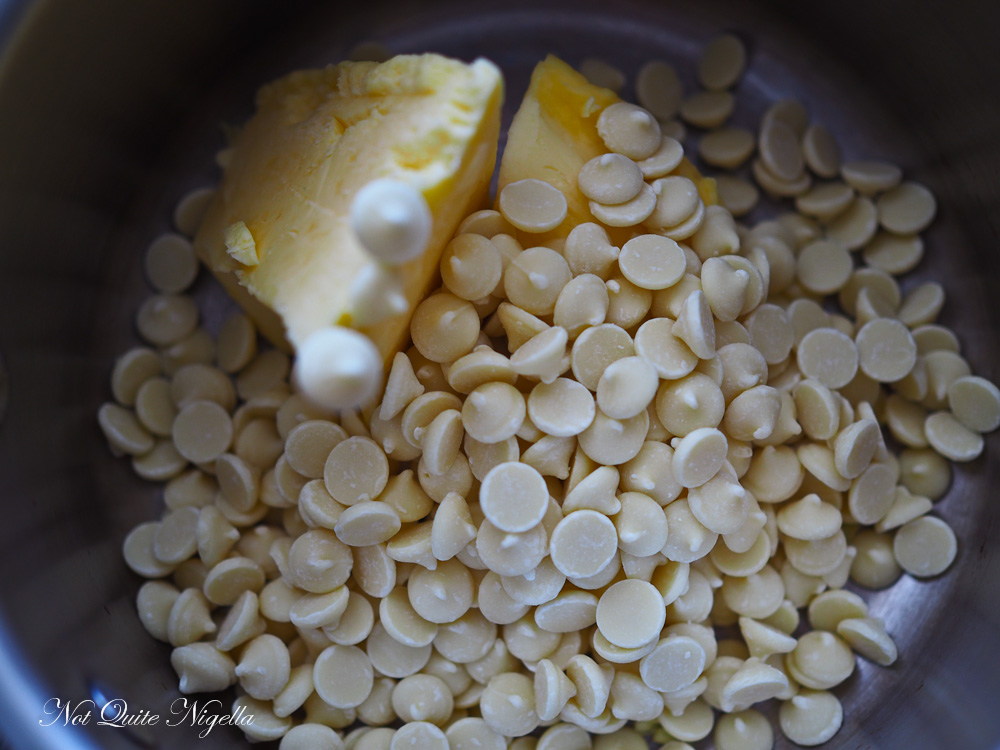 Step 1 - Preheat oven to 170c/340F and line a 20x20cm (8x8 inch) square tin with parchment. Melt the white chocolate and butter on low to medium heat in a heavy bottomed saucepan. Remove from the heat and then stir in the eggs, one at a time to form a uniform syrup. 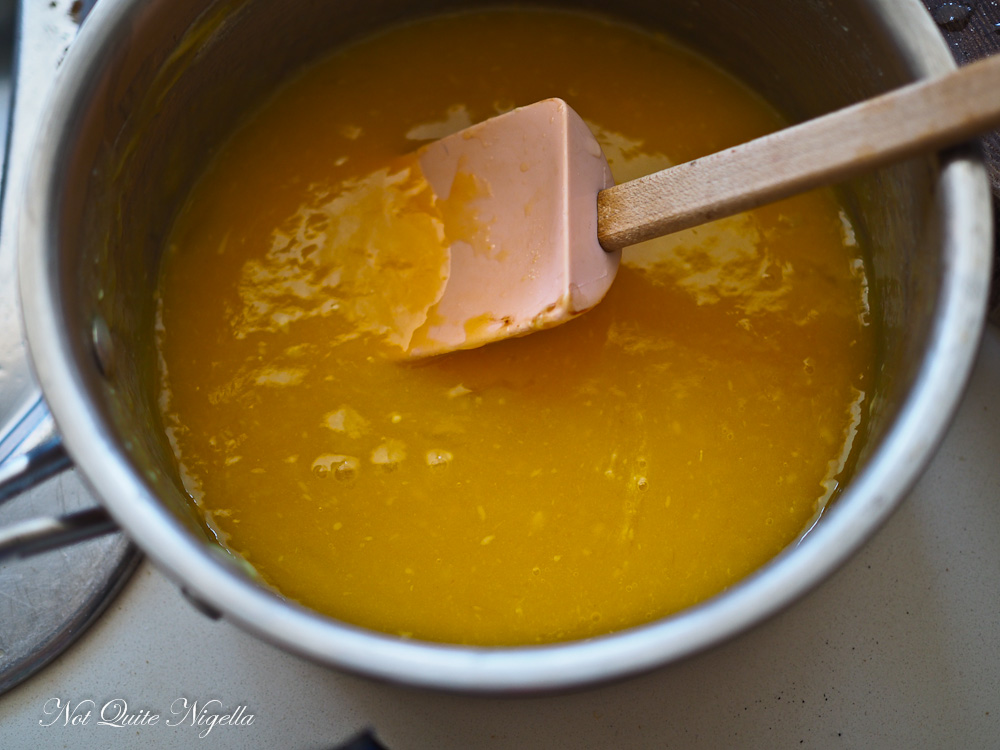 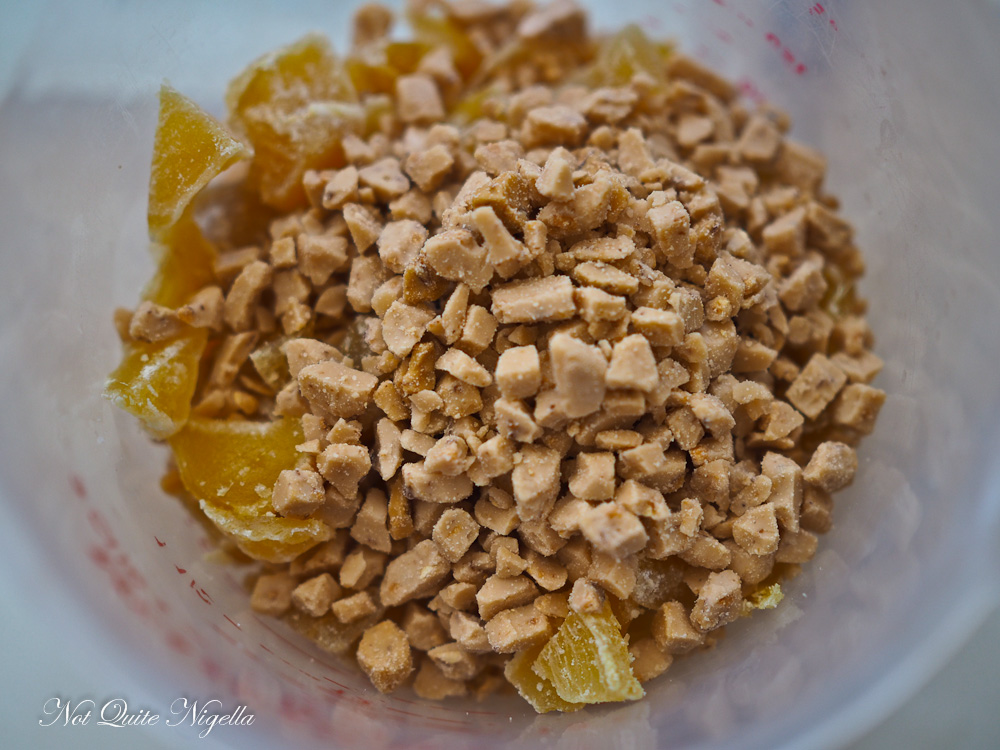 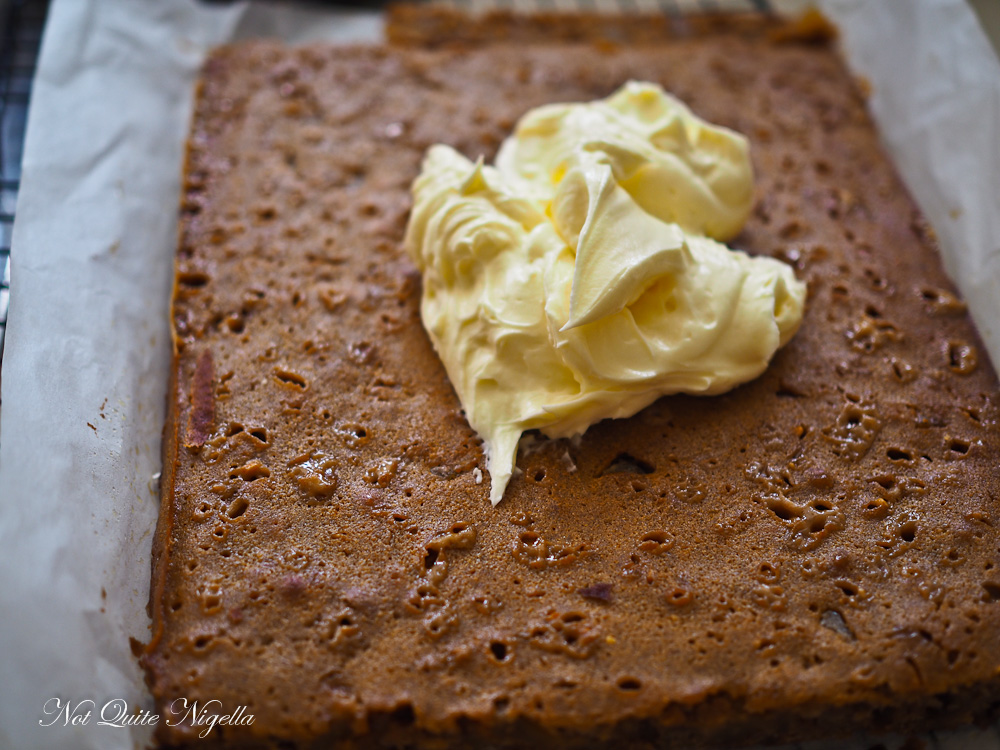 Step 3 - Place the icing sugar in a food processor and process until lumps are dissolved. Then add the cream cheese and lemon juice and process until it becomes smooth and spreadable. This isn't very sweet and balances the sweet brownie itself. Spread over the brownie and then sprinkle with coconut.