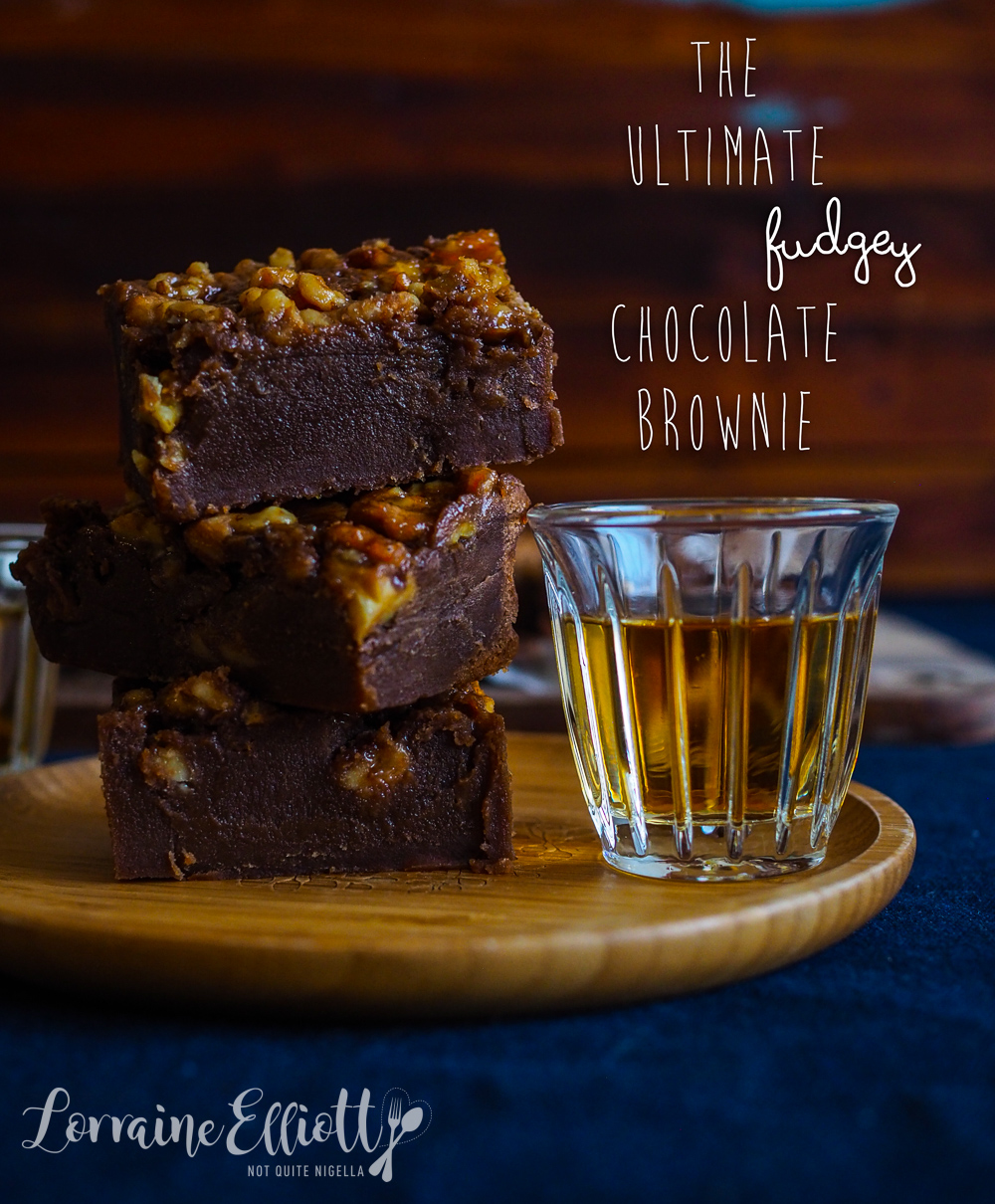 Usually on my birthday I like to be somewhere exciting and new. This year my birthday fell on a travel date where I would spend most of my birthday on two planes home back to Sydney. But all was not lost nor was it unexciting because I was in Chicago, the city where the brownie was invented and on that birthday morning, my birthday cake was an incredibly rich, fudgey chocolate brownie made with the exact same recipe when it was commissioned by Bertha Honore Palmer in 1893! And we have the over century old recipe right here! 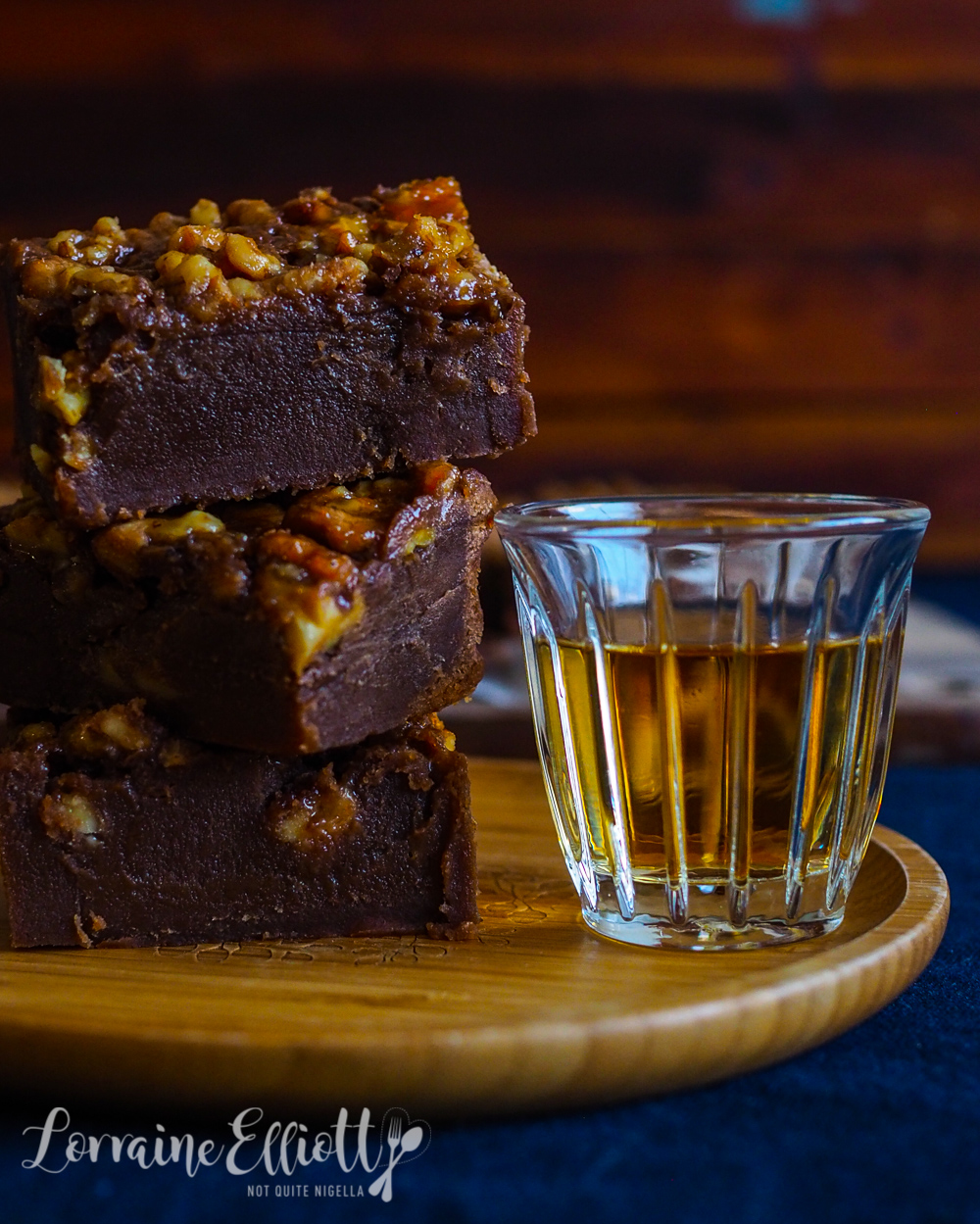 Usually they say that with progress comes improvement but I have to say that if you love fudgey rather than cakey brownies, this is really the ultimate brownie. I was actually surprised at how densely gorgeous this was and how you really didn't need to change anything (except perhaps adding salt). You can of course buy these at the Palmer House Hilton but if you aren't going to be in Chicago, this recipe is very, very easy. I usually don't go for walnuts on a brownie but they fit perfectly. The recipe hasn't changed since 1893 and the brownie is topped with walnuts and then an apricot glaze. 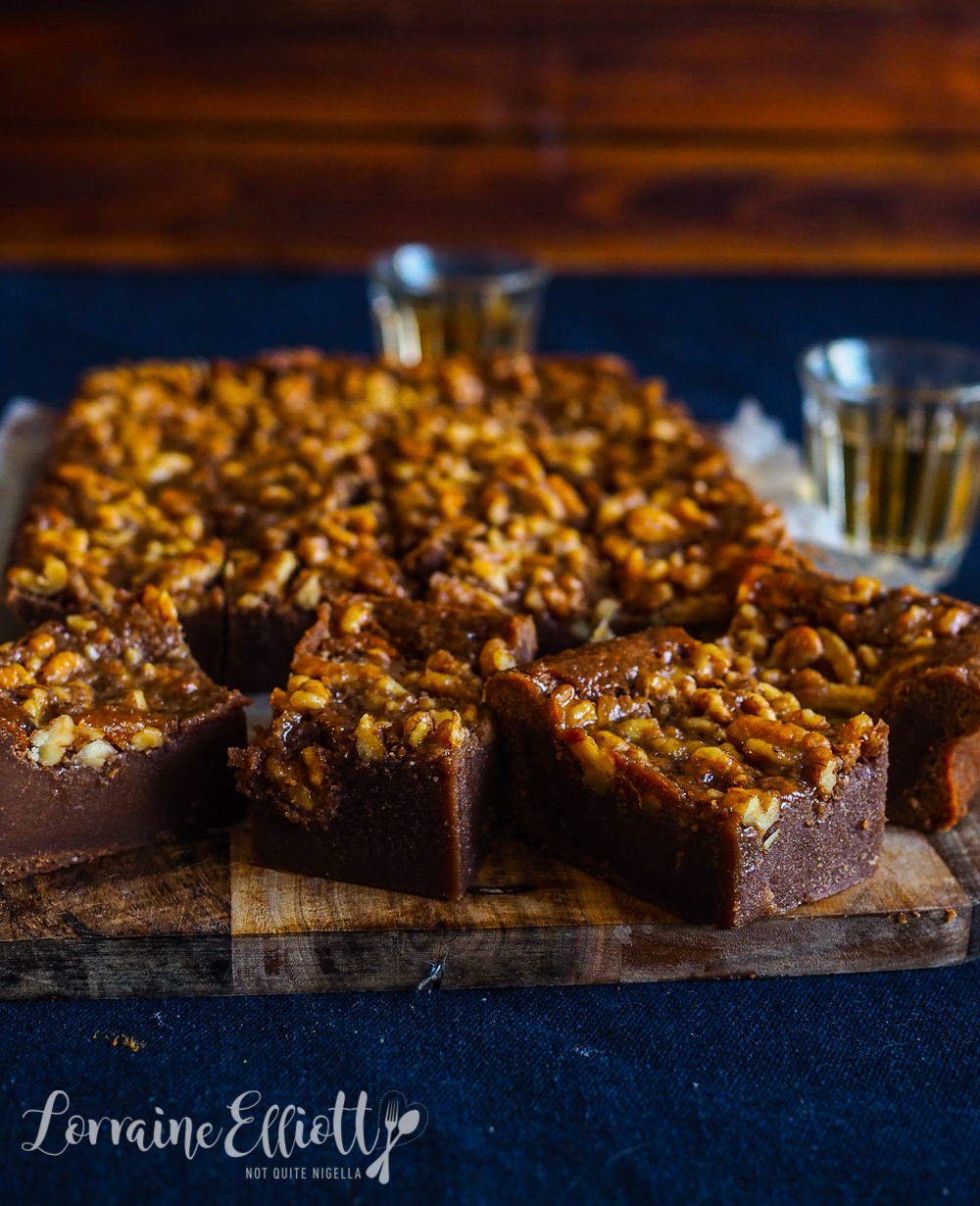 I spent my birthday morning talking to the hotel's historian Ken Price who told me about the woman that commissioned the brownie. Her name was Bertha Honore Palmer and she was a woman ahead of her time. Not only was she college educated, she used her power to help the cause of women.

When they were rebuilding the hotel she found Chicago's only female architect and hired her to build it. And when she saw the conditions that the migrant workers had to endure manufacturing clothes for all of the department stores, she invited the wives of the department store owners to meet these women in person to see and understand first hand the situation. She was also a prodigious art collector who was collecting Monets and after her older husband Potter Palmer passed away she doubled the value of the estate.

The reason for the brownie being invented was that it was the Columbian Exposition World Fair in 1893. She wanted to put something in the lunchbox that was neither a cookie or cake and it had to be chocolate. Enter the brownie which would have been very extravagant at the time (Bertha herself was known for extravagant gestures, I feel a kinship with her for this too ;)). There's a lot of chocolate, butter, sugar, eggs and walnuts which would have been expensive at the time. Yet it is simply brownie perfection.

I brought some to my friend Monica's house and her husband Marco loved them. He is a real sweet tooth and loves rich desserts and he regarded it for a moment and took off his glasses before taking a bite one after the other before finishing a large slice (I tend to cut things reaaally big). "He likes it because he took his glasses off and stopped talking!" said Monica. 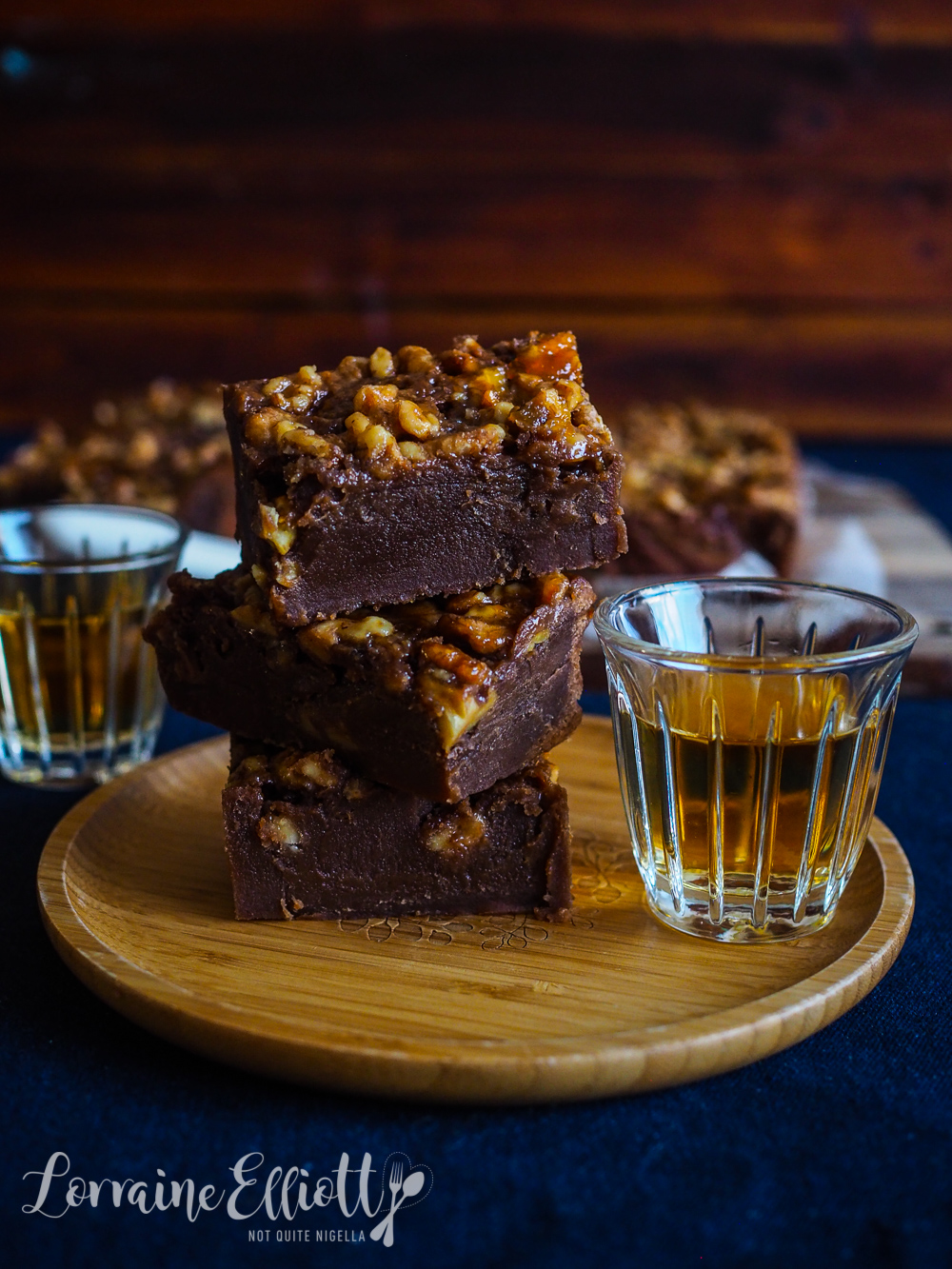 The ingredients list is probably not that different from the brownies that you might make but this method somehow produces super rich fudgey brownies. I think I'll change my go to brownie to this from now on. And I'll think of the extraordinary Bertha Palmer and all that she did too!

So tell me Dear Reader, do you have any "tells" that you do when you really enjoy a food? For me, I offer it to everyone around me as I want them to taste it. And do you prefer cake or fudgey brownies?

Find out the full story of how the brownie came about and Bertha Honore Palmer.

The Original {& Best!} Brownie Recipe From 1893 From The Palmer House! 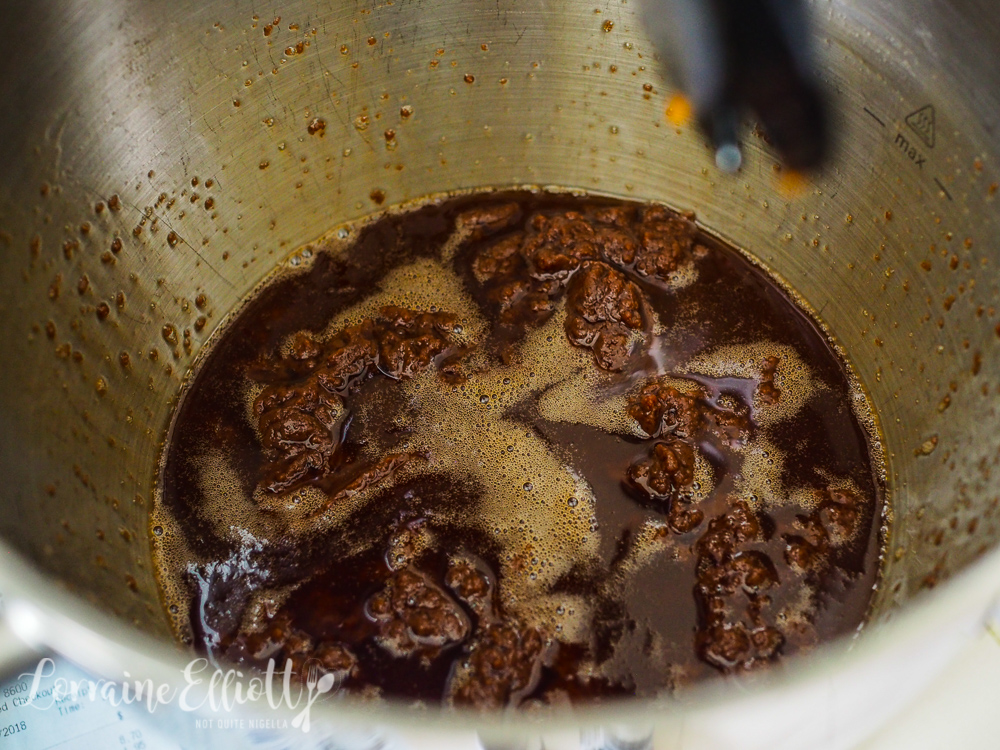 Step 1 - Preheat oven to 150C/300F and line a 22x30cm/9”x 12” brownie tray with parchment. Melt chocolate with butter in a double boiler. Transfer to a mixing bowl fitted with a beater attachment. Add in the flour and sugar and beat on low speed for 4-5 minutes. It will start to look lumpy and honestly you might think that it's all gone wrong. It is fine. 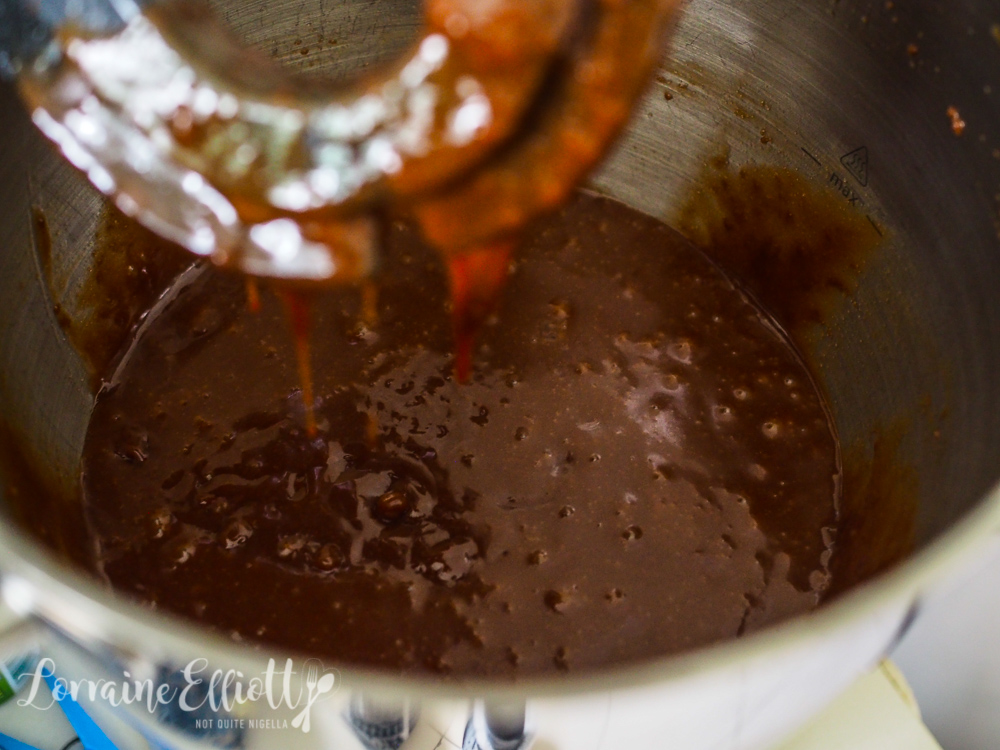 And then the batter comes together

Step 2 - Add the whisked eggs, salt and vanilla and beat until combined. It will come together after a minute or so. Pour into the prepared tin and sprinkle walnuts on top and bake in a preheated oven for 40-50 minutes. You will know when done - the edges will start to become a little crispy and the brownies will raise about ¼ inch. Note: Even when the brownie is properly baked it will test “gooey” with a toothpick in the middle due to the richness of the mixture. 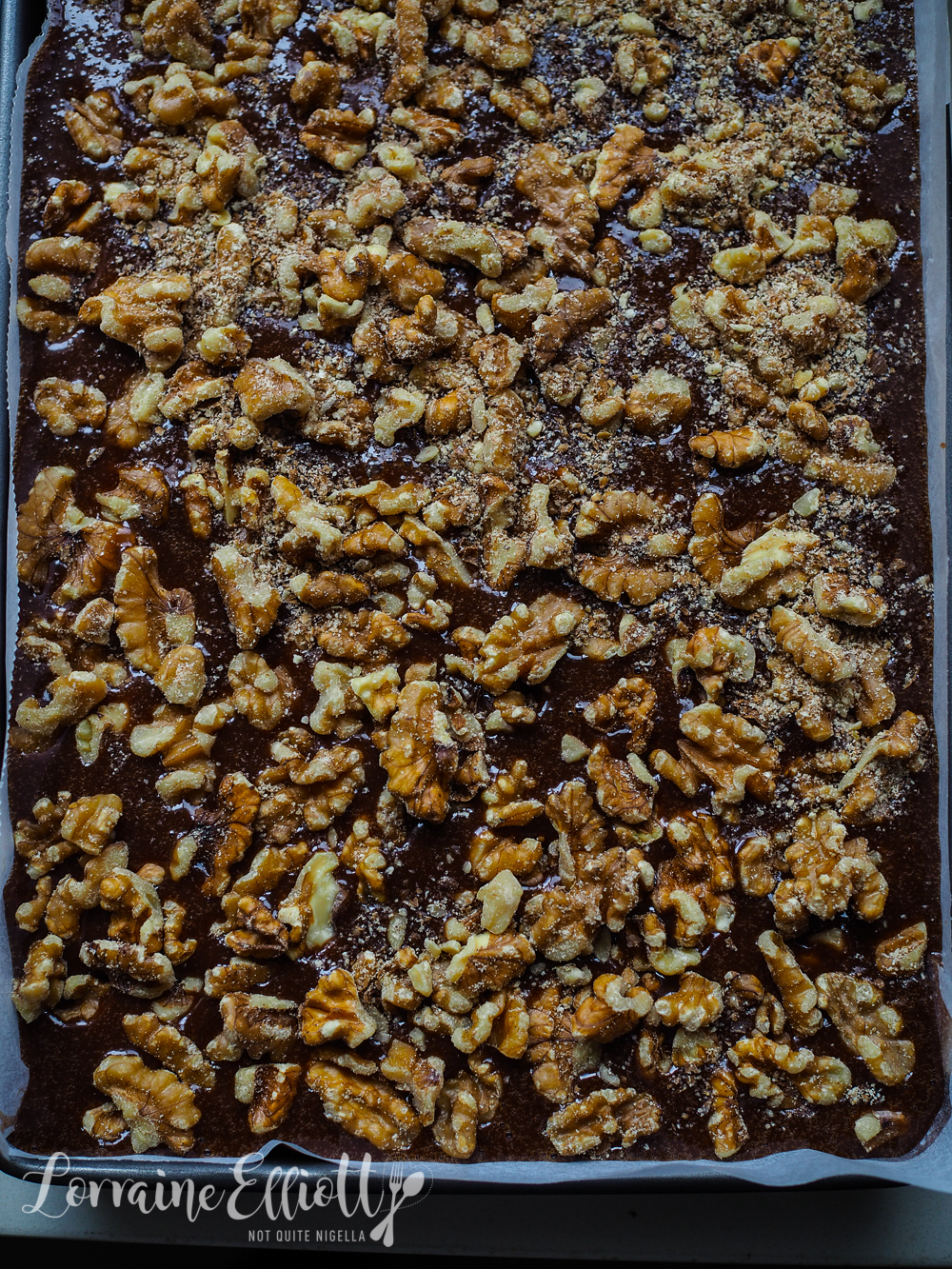 Step 3 - After removing from the oven, cool for about 30 minutes before spreading a thin layer of the glaze on top with a pastry brush. 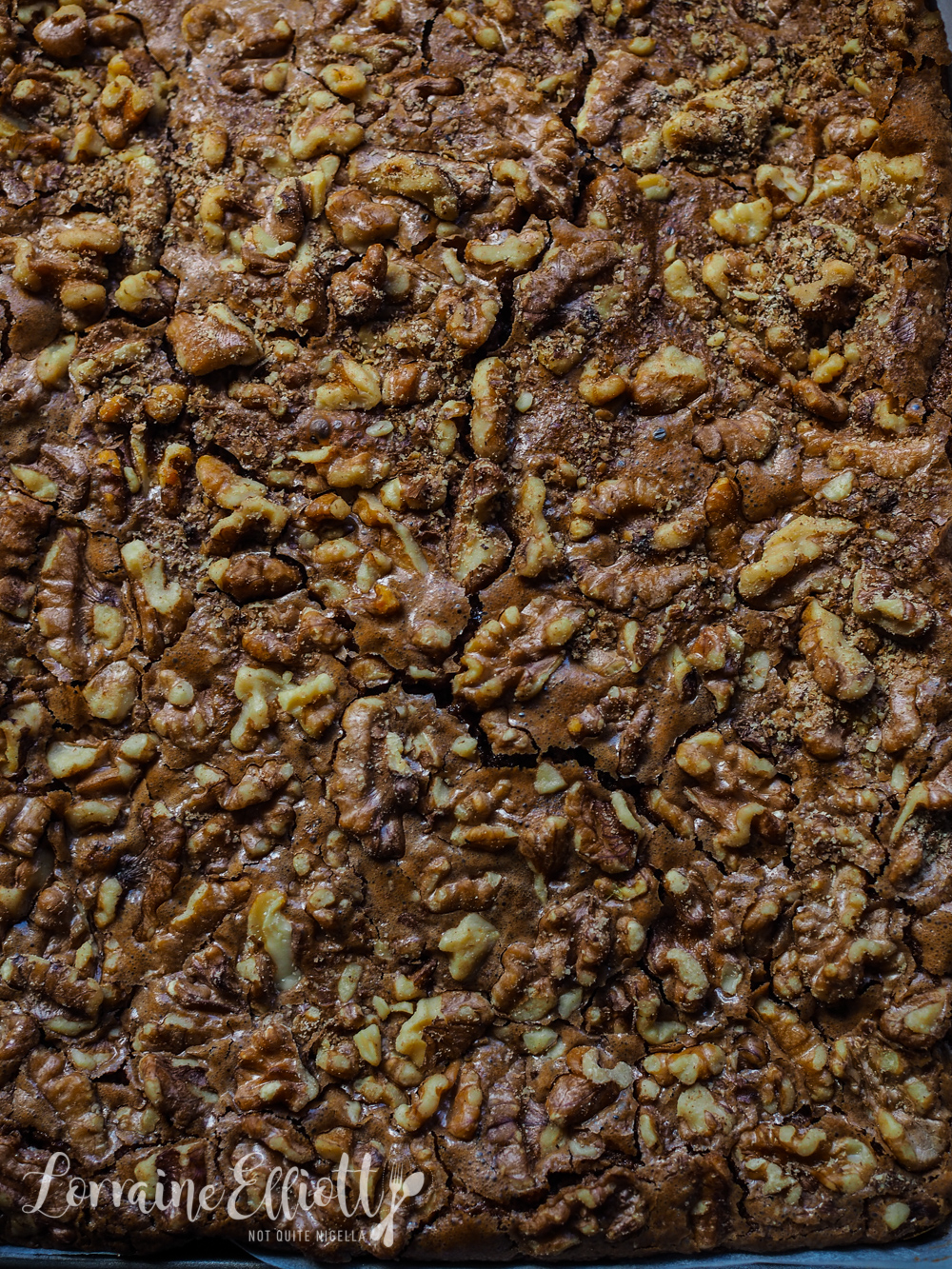 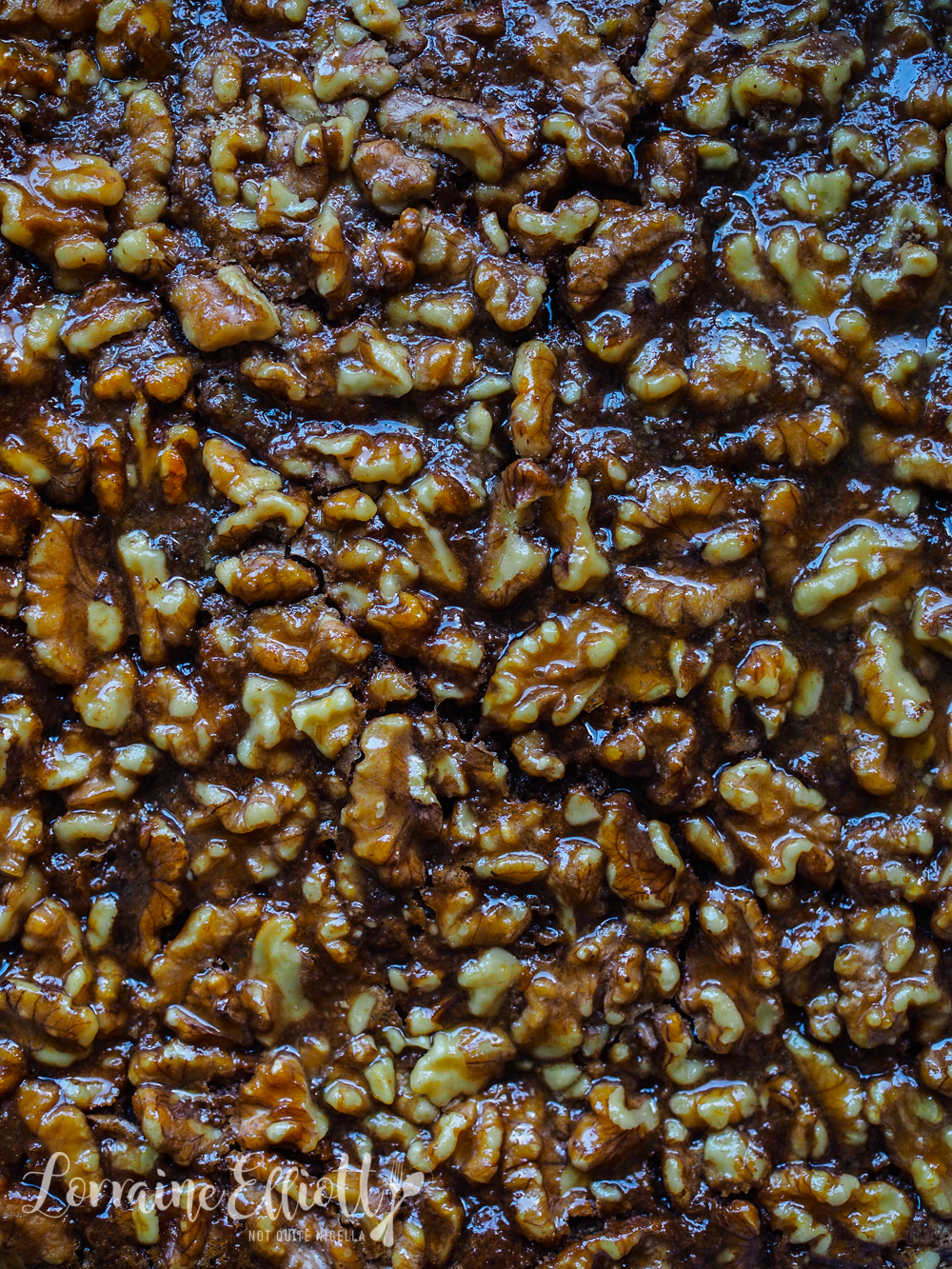 With the apricot glaze

Step 4 - To make the glaze (start making this once you need it as it needs to be used while it is hot). Mix together water, jam and unflavored gelatin in a saucepan, whisk thoroughly and bring to a boil for two minutes (my jam was chunky with fruit so I put it in a blender with the water with puree it). Brush over the brownies while it is hot. Then place the brownies, once cool enough to place in the freezer in the freezer for 2 hours to make them easier to cut.