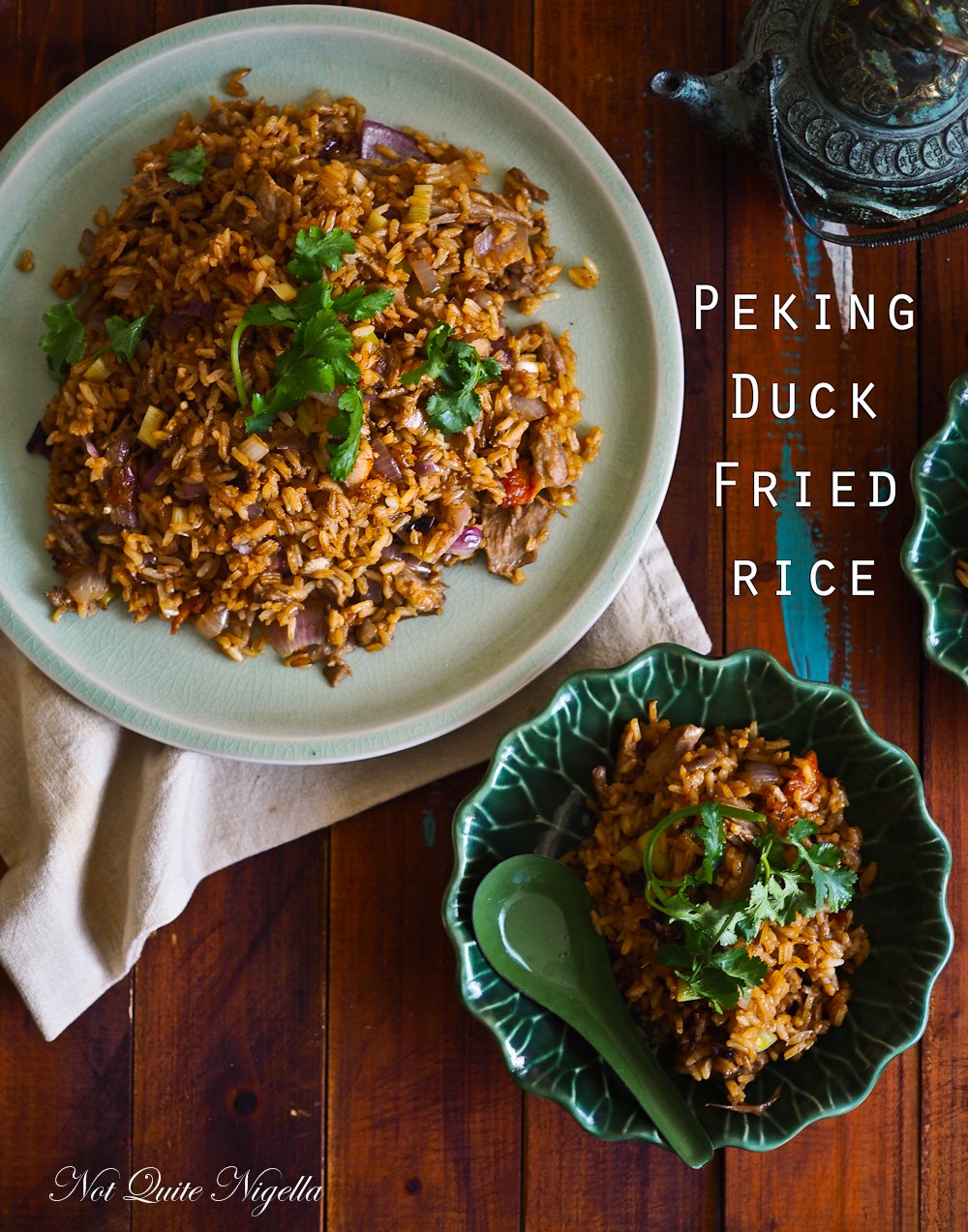 If you've ever got roast duck or Peking duck and rice leftover then you can make a delicious meal of leftovers in less than 10 minutes! The Peking duck fried rice is flavoured with hoi sin sauce and shallots for a super easy weeknight meal that tastes just a little bit special!

I know some people may ask how we have leftover Peking duck. Allow me to explain Dear Reader. We celebrated Mochi's 9th birthday recently-it's actually in a few days' time but I'm in Peru at the moment so we had a little party before I left (I'm pretty sure she doesn't really know what a birthday is or what the date is). 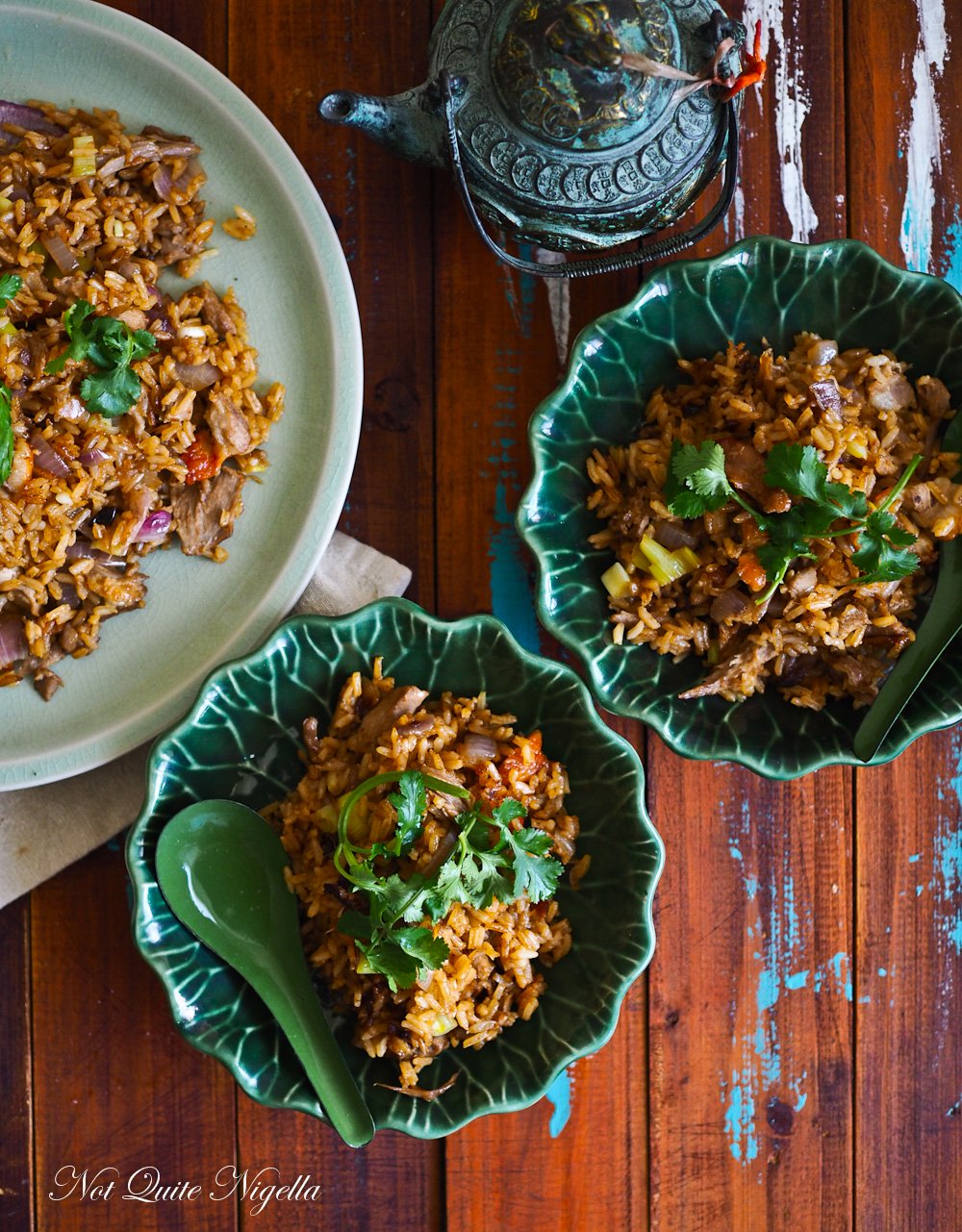 To celebrate we bought her favourite ever food, Peking duck. My parents really got into it and we sang Happy Birthday to her at their house. We had the duck skin in pancakes as that has a lot of the salt and spices and she ate the meat. But we ended up with a lot of meat leftover so a couple of days later I made Peking duck fried rice. 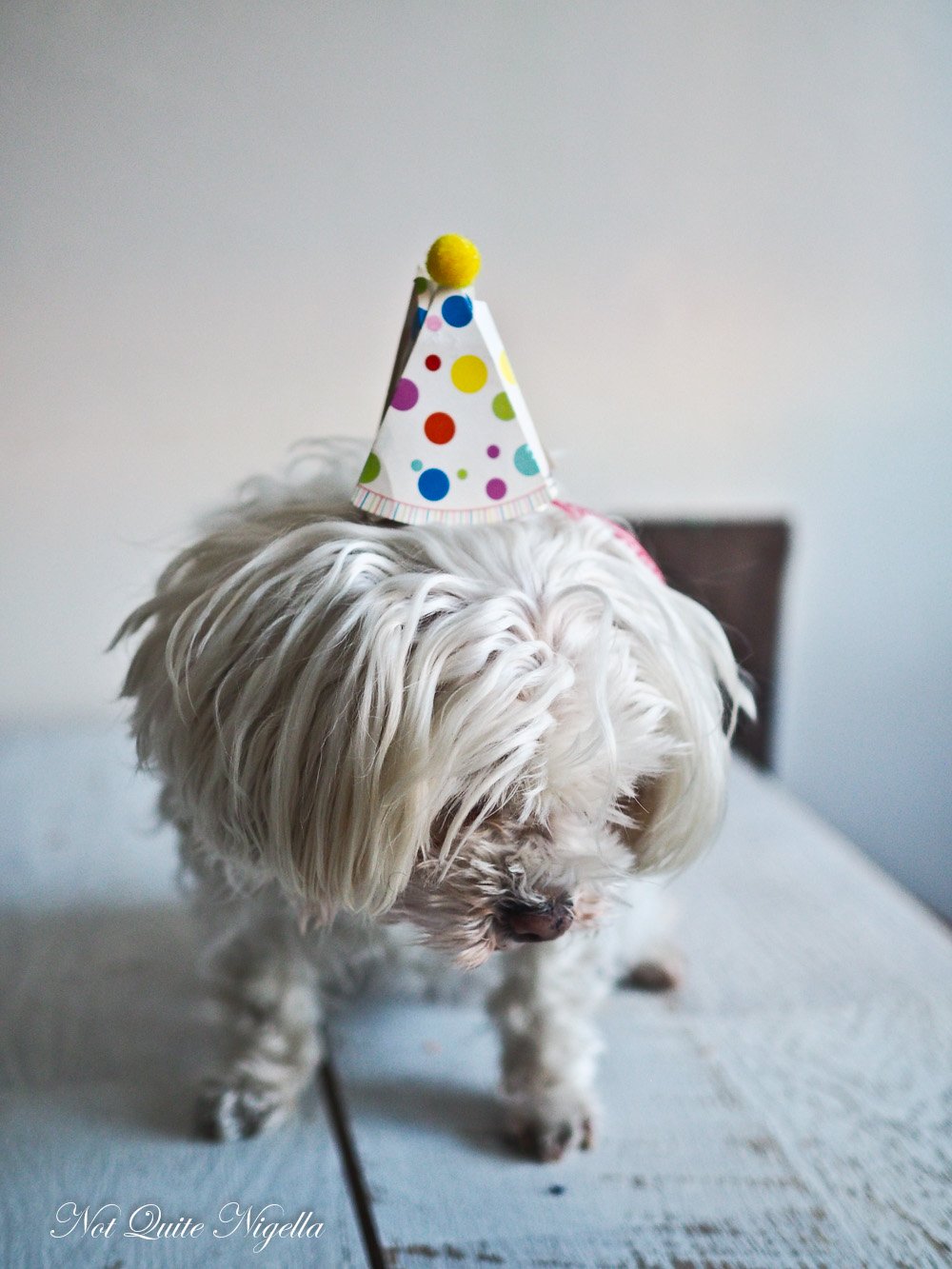 As I may have mentioned, we are trying to train her to be home alone but at the moment she is being shuttled from place to place because she loves human company. The other day I had to pre-vote at a local election because I was going to be away (note: why can't we vote online? Hello 2017!?). I had chosen the worst time to do it. I had Mochi with me and it was the 3pm pick up time after school and it was pouring with rain. 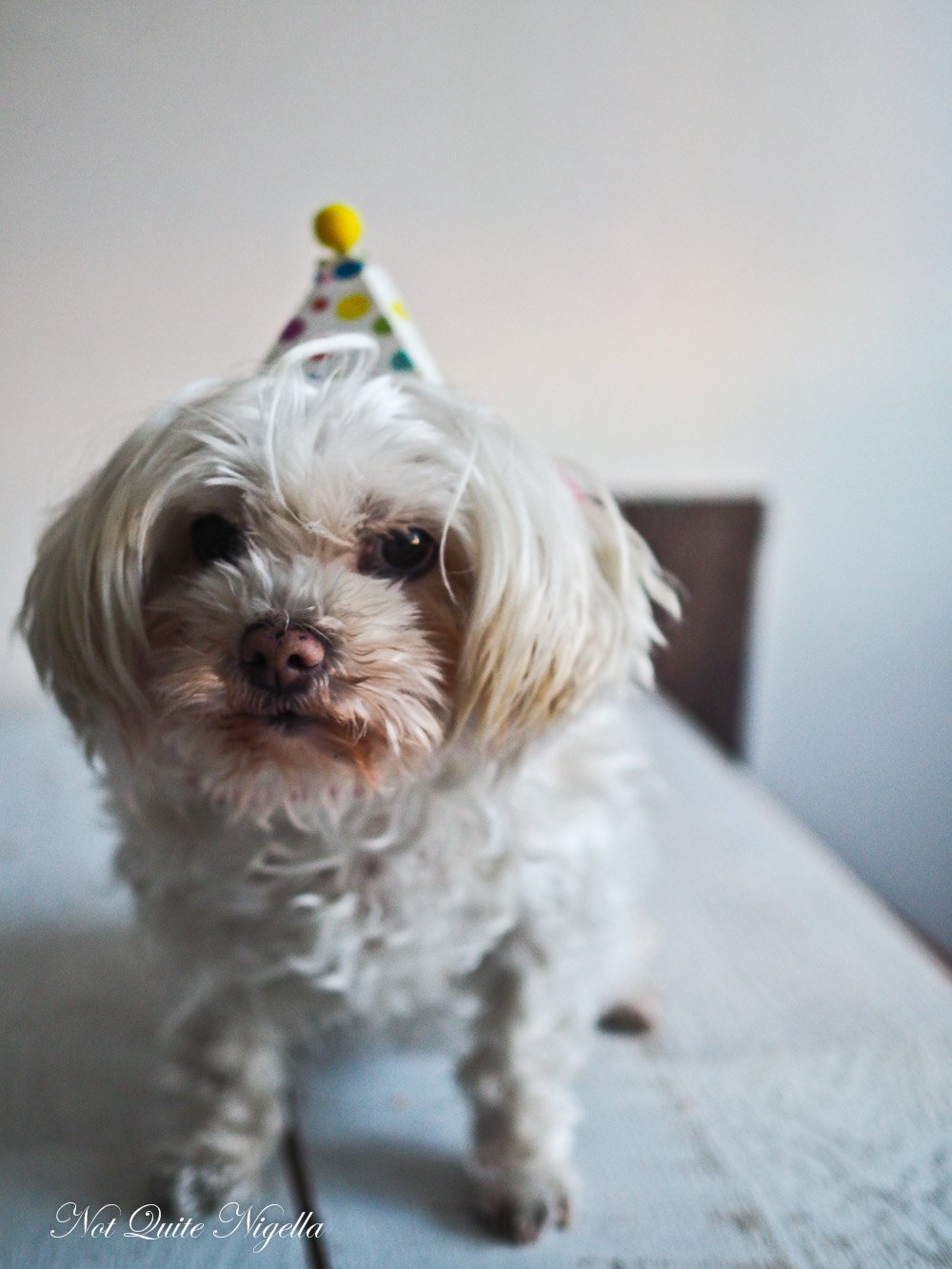 After doing a couple of rounds I found a park and assessed the situation. It was still sprinkling although the heavy rain had receded but I still didn't want to tie her up outside. Then a friend rang and he suggested that I pop her in a little bag or basket and carry her in. I had the perfect bag in the car boot. I popped her into the basket, made sure that she could see out and carried my doggy basket into the voting station. Most people didn't even notice her as she's very quiet and just likes looking around. It was only when we were leaving that we saw some of the leaflet distributors cooing at her little face peeking out above the basket!

And she stayed dry too! Win win :) Like having a second delicious meal out of your leftovers is a win win too.

So tell me Dear Reader, do you make much with leftovers? What is your favourite birthday food? 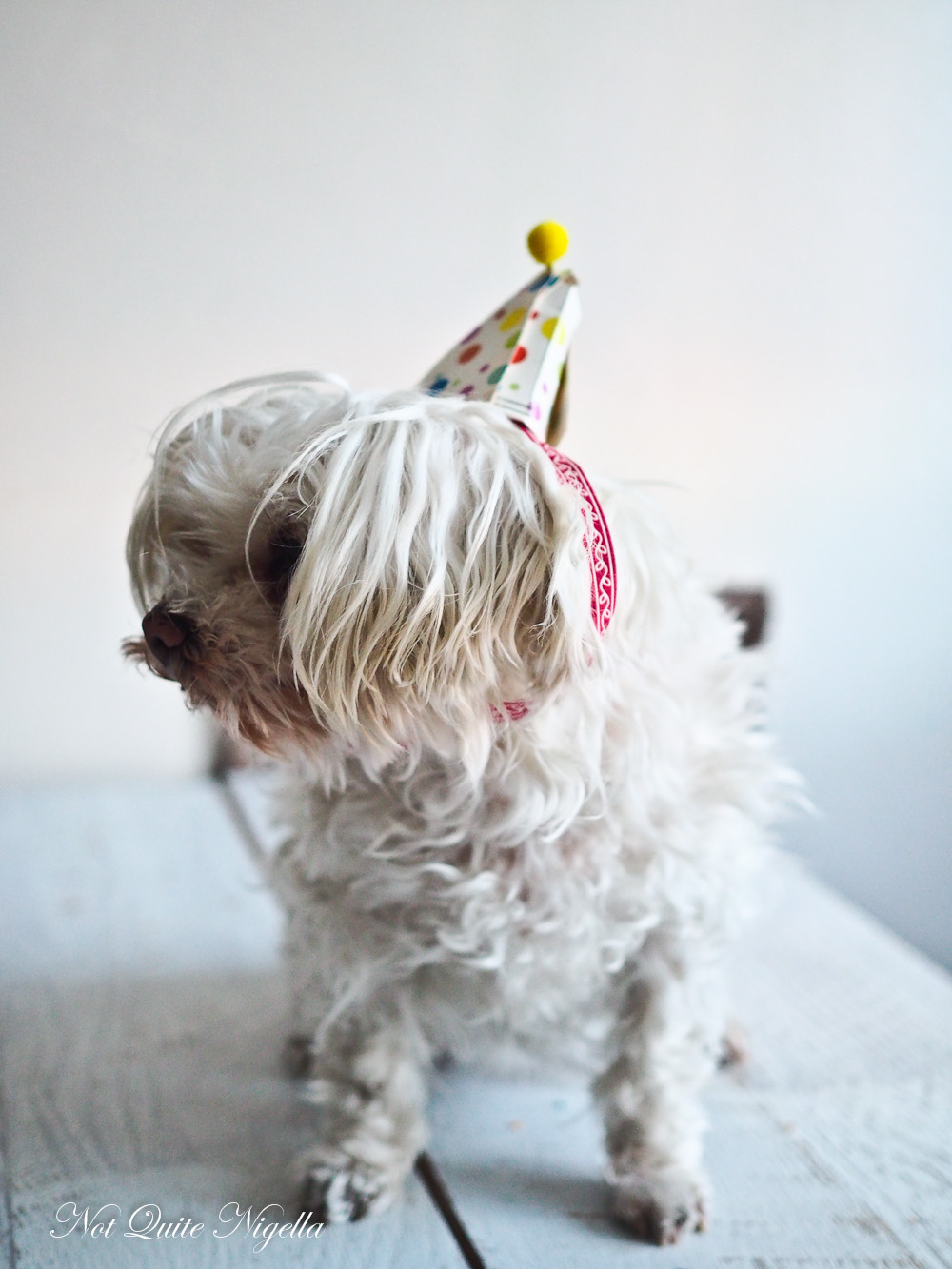 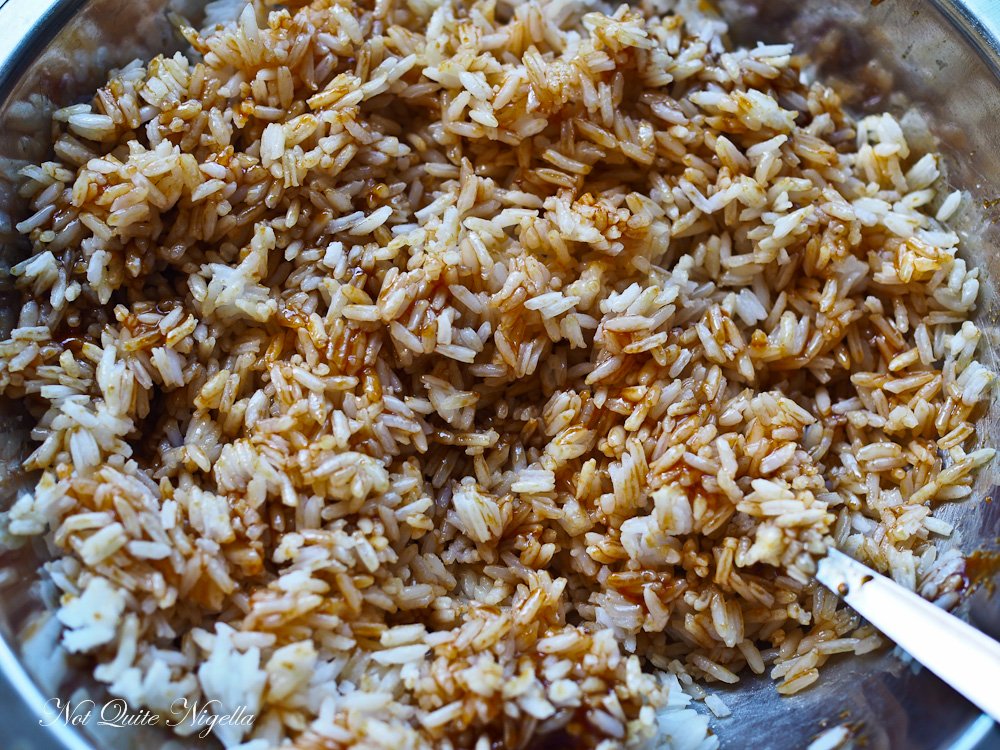 Step 1 - Mix the oil, hoi sin and soy sauce in a small bowl until combined. Mix with the rice coating the grains as much as possible. 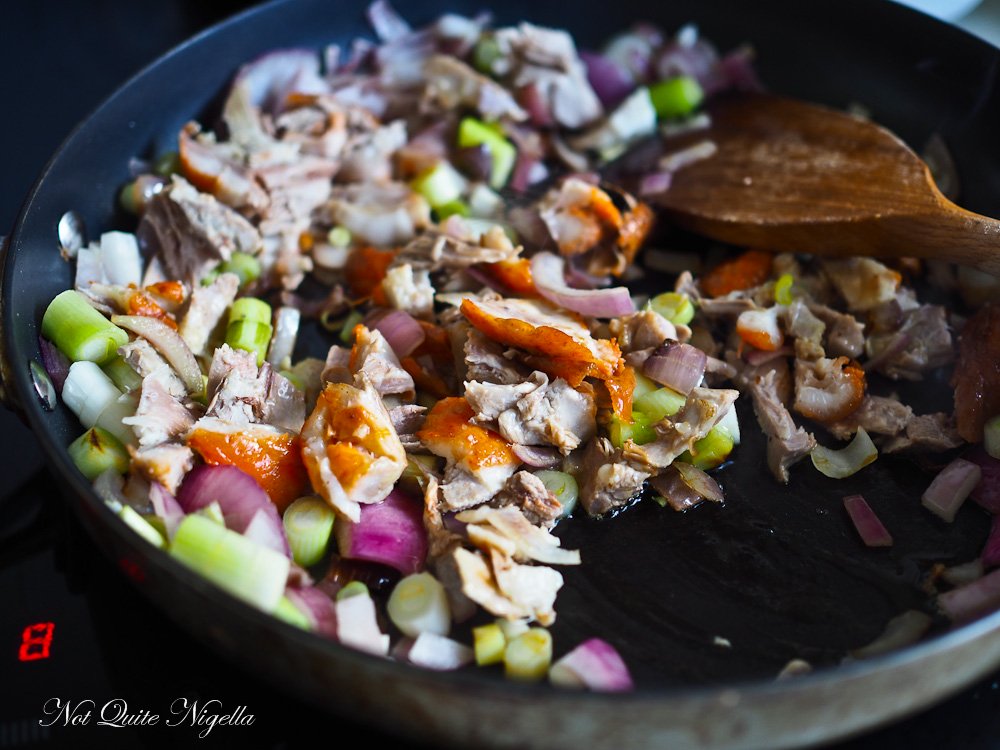 Step 2 - Heat a frypan on high heat and fry the onion in oil. Add the green onions, duck meat and then cook until the rice until the rice is crispy and cooked through. Add white pepper and sesame oil and serve with fresh coriander.