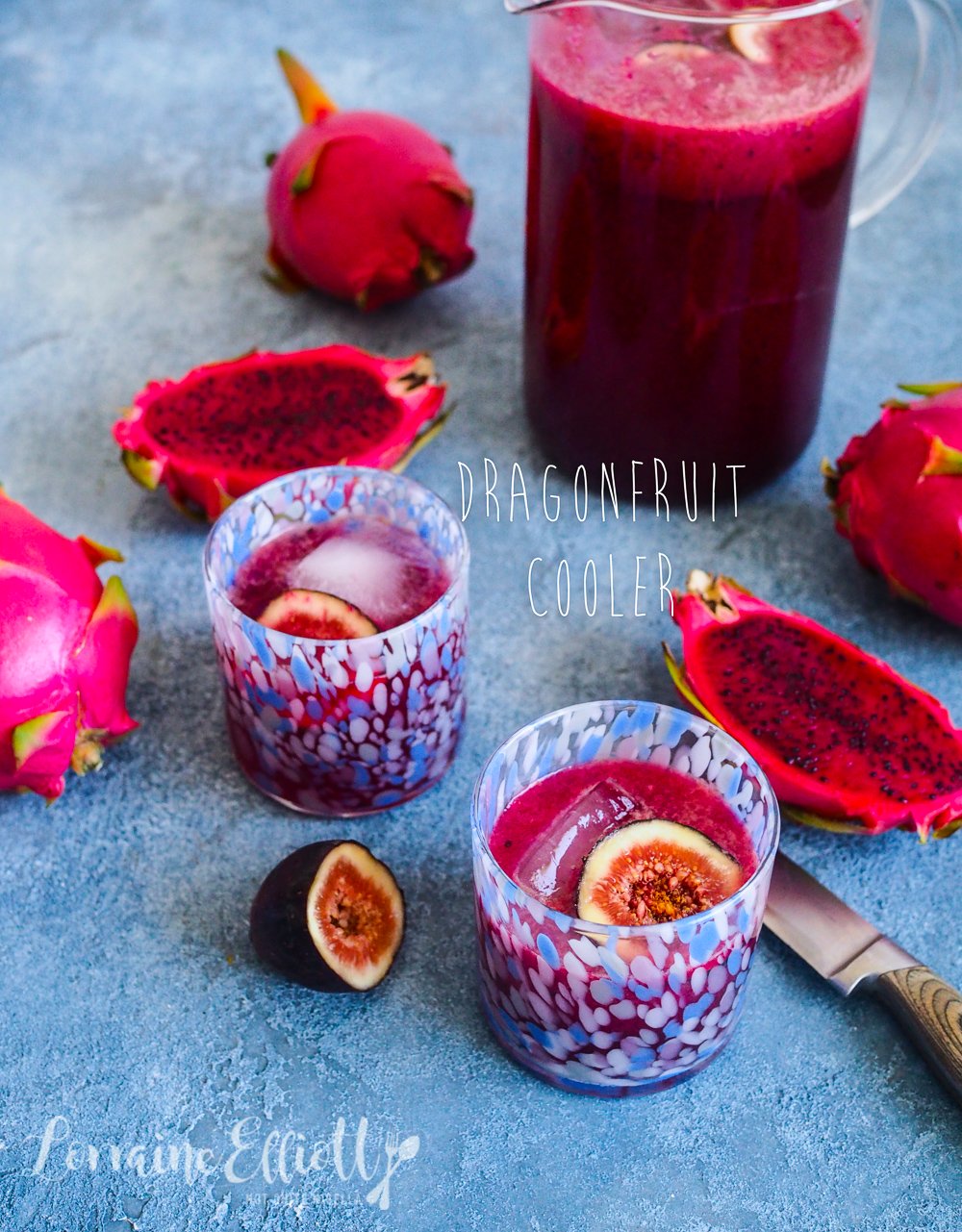 The best way to beat the heat is with a cool drink and this naturally pink tropical dragon fruit drink is nothing short of refreshing!

This last week when I visited the markets it was awash with pink. Dragon fruit pink specifically. These striking looking fruit were everywhere. Some were pink, others yellow.

Pink dragon fruit or pitaya is either red inside or white and it is always marked which one it is - although I have no idea how they can tell because they look identical on the outside to me. I've read that the red ones are rounder in shape while the white ones are longer and more oval in shape. For some reason red seems to be more expensive than white but a little red dragon fruit goes a loooong way with colouring something naturally. Just one red dragon fruit was all that was needed for this vividly hued drink. 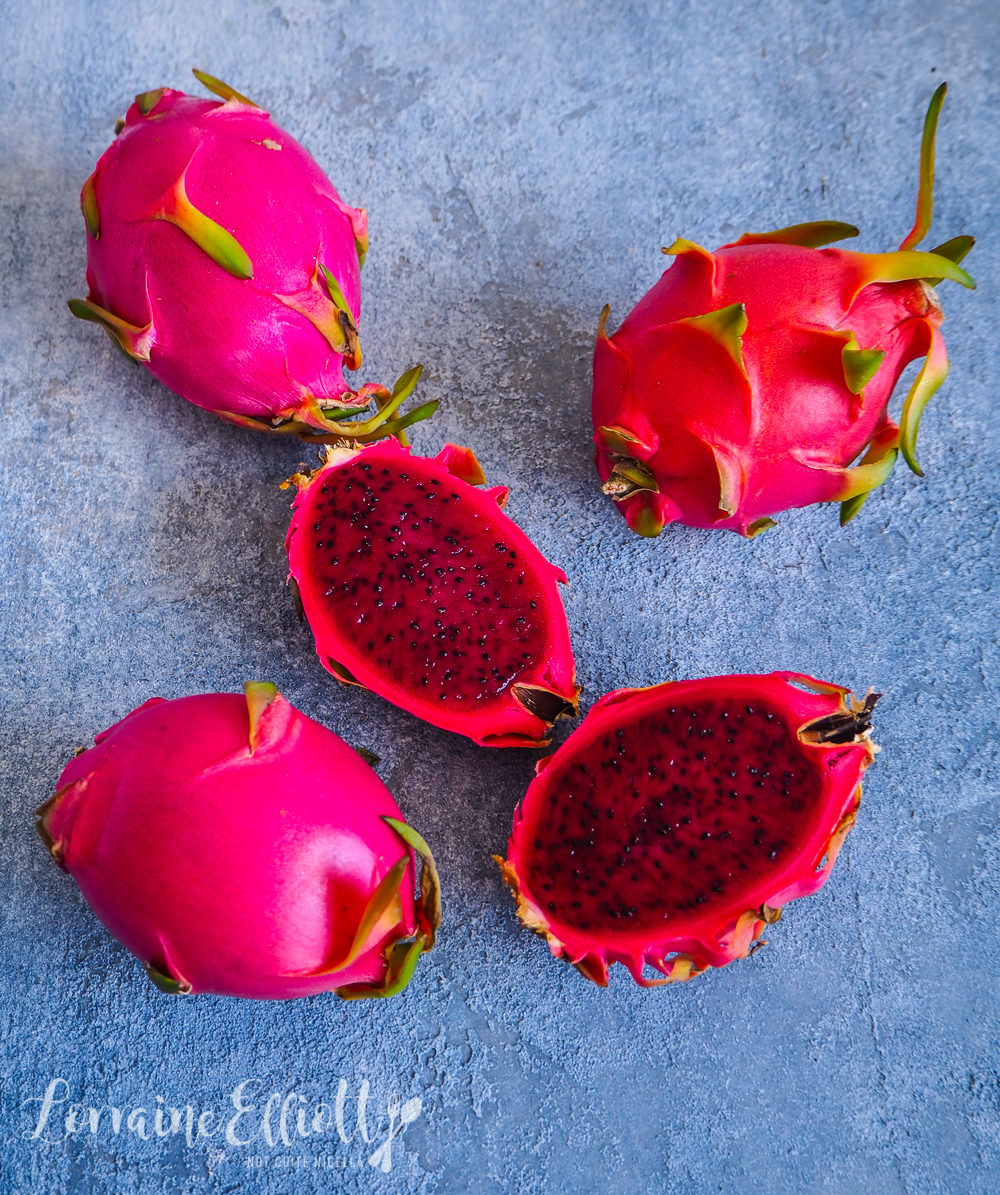 If you've had a fresh dragon fruit you'll know that there isn't that much flavour to it. It's all about a good sweetness and juicy texture and it juices up beautifully. When I've had dragon fruit juice in China or Thailand on a hot day it has sated my thirst perfectly. It is a fruit high in fibre and is said to boost immunity and lower cholesterol along with a host of other benefits.

A while back I wrote about how I had spent a few days chasing a courier because I had bought some food styling backgrounds and they had not arrived in time. A few of you asked me about how it went. Well I finally did receive them. I told the man that I bought them from that I needed them by a certain day and that was my deadline (which had already passed really). He told me that it would be with me by noon. Considering that noon was in 20 minutes, I rolled my eyes and didn't believe it. 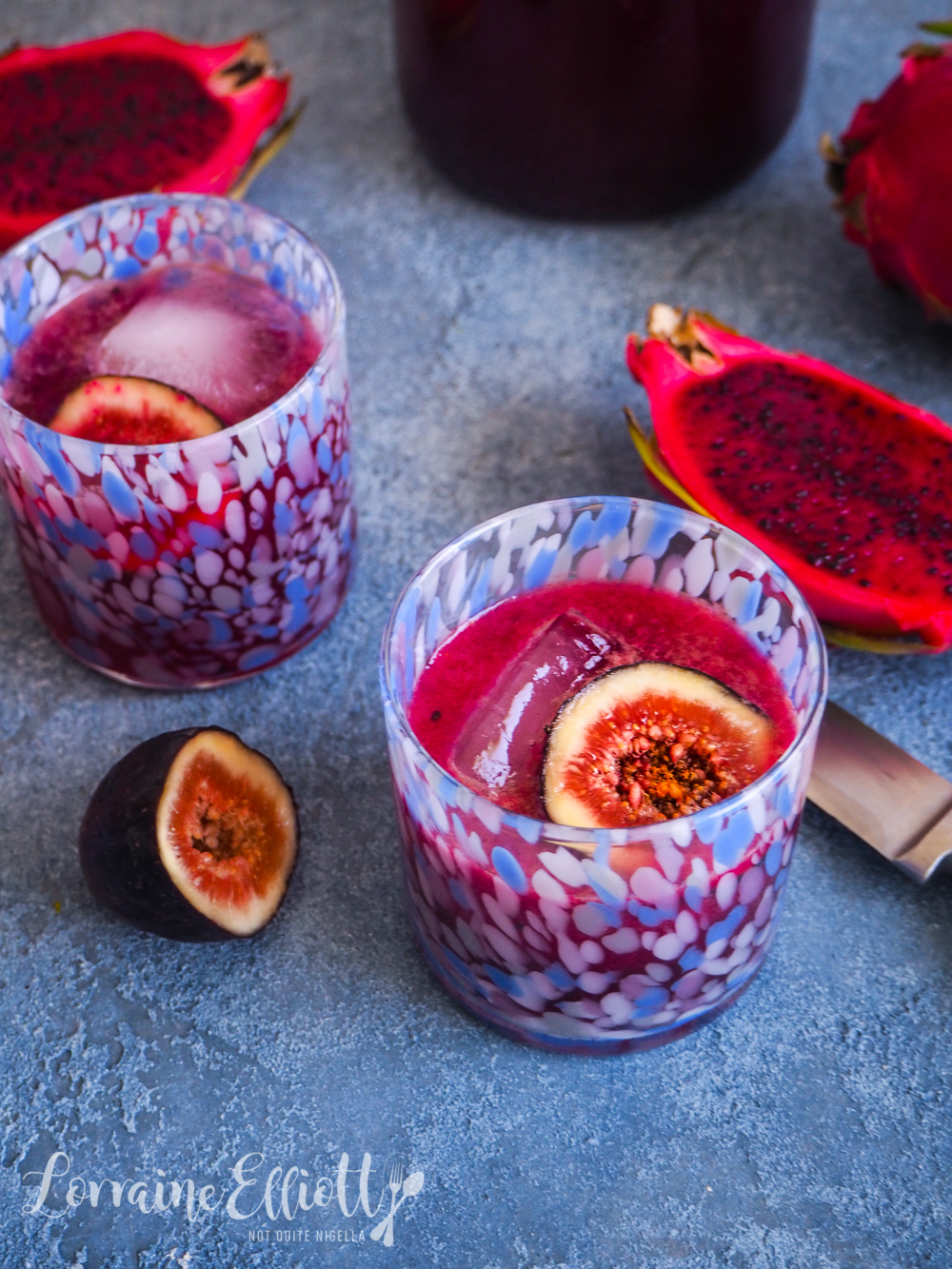 But at 11:53am I got a knock at the door and when I rushed to open it I saw a courier running away. He had literally dumped, knocked and ran.

"Hang on!! Are you the courier that delivered me the package on Friday?" I asked him.

"No it wasn't me!" he said putting his hands up and waving them, absolving himself of all responsibility.

"They told me it was the same courier," I said to him.

"Oh hang on, do you mean that small package from the pet store?" he said referencing the package that he did deliver to me on the Friday.

"Yes but why didn't you deliver me these at the same time?" I asked him.

He then explained that the backgrounds weren't in his truck! So basically I don't know who was incompetent, lazy or fibbing, I just know that someone was. And thankfully I finally had my backgrounds. And I used one of them in this story!

So tell me Dear Reader, do you like dragon fruit? Do you find it refreshing? Do you have a favourite juice or juice combo? 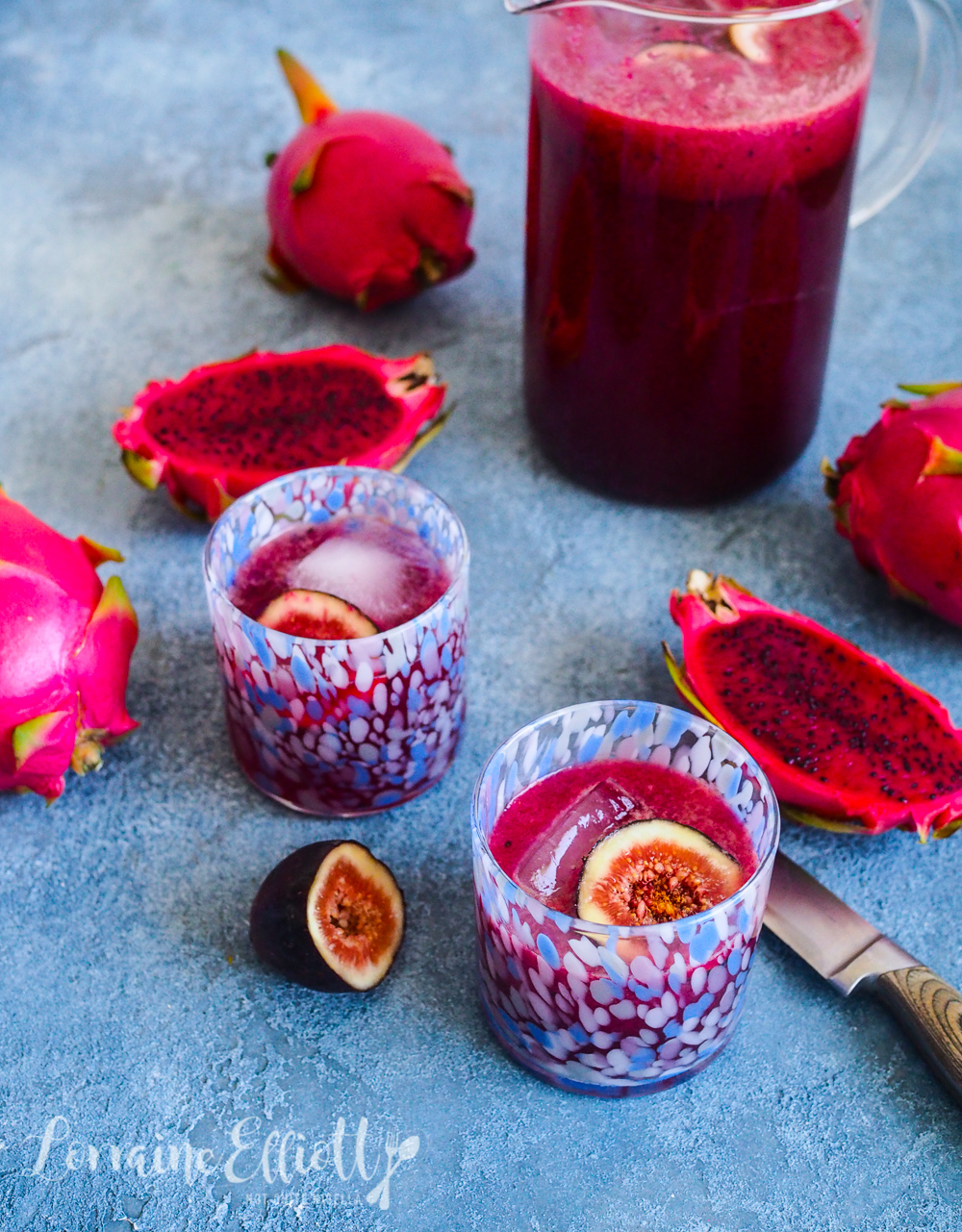 Step 1 - Cut the dragon fruit in half and scrape out the coloured flesh. Blend with the figs to a puree. Mix with the sugar syrup, apple juice and lime juice. Top up with as much soda water or water to your taste.