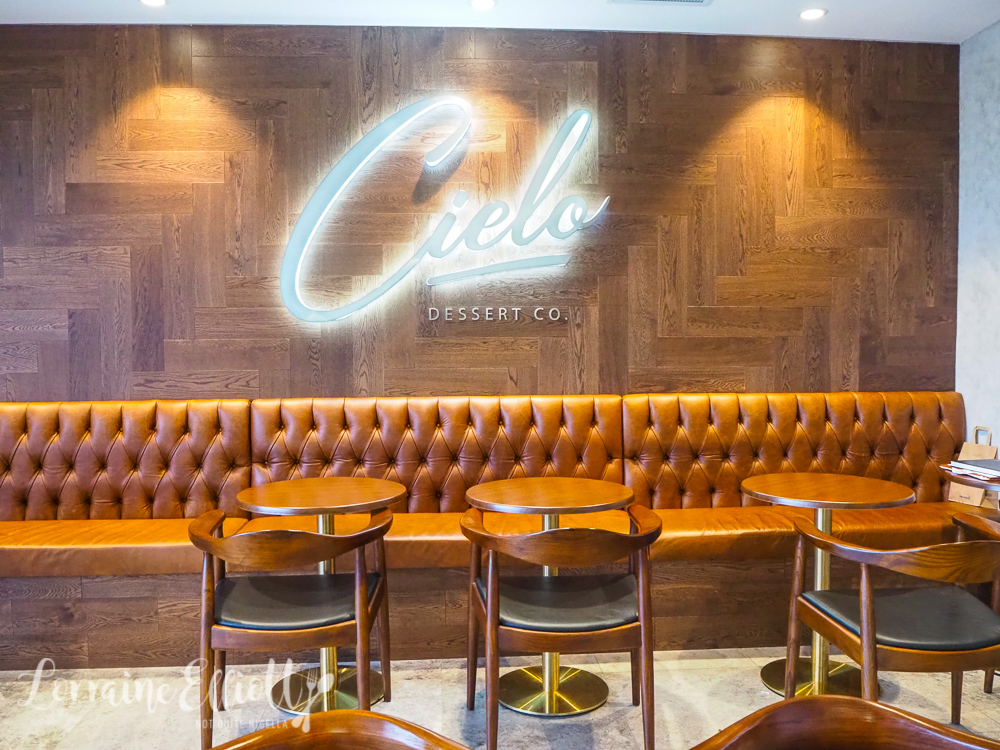 Looking for a late night dessert bar? Or perhaps somewhere during the day too? The new Cielo Dessert Co. in Mascot has a range of pretty as they are delicious cakes, drinks and incredible gelato! 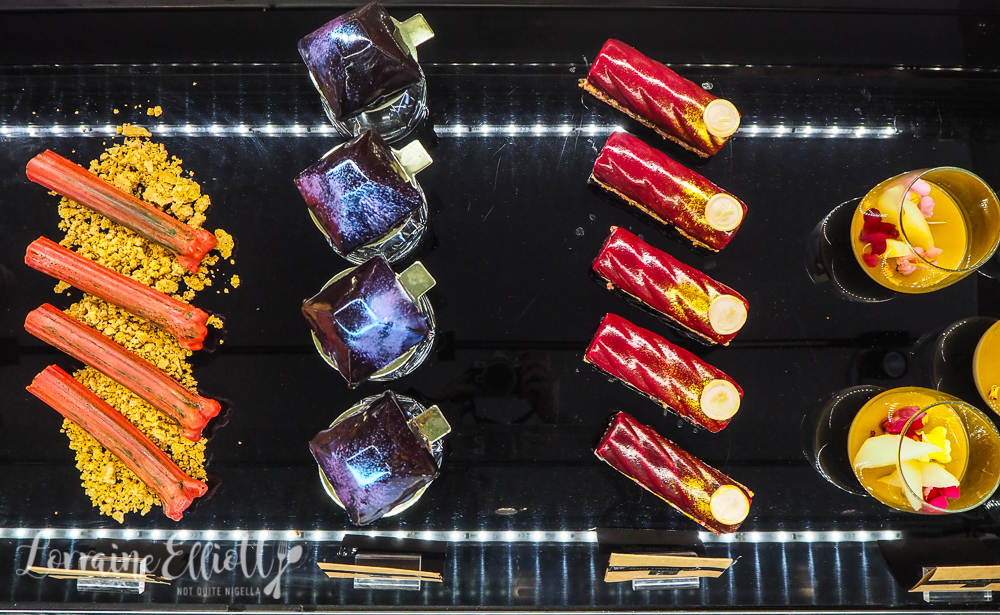 There's the smell of browned butter and cookie crumble in the air when you walk into Cielo. Located on Coward Street in Mascot as part of a residential development, pastry chef Tiffany Jones has opened up an all day and night time dessert cafe. 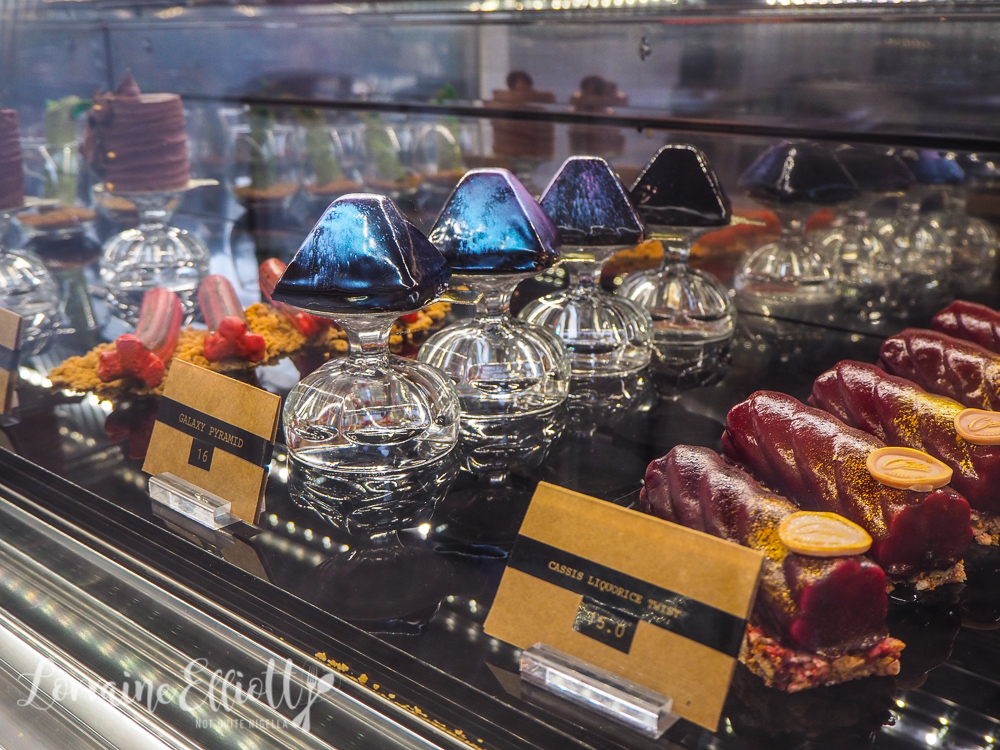 She and business partner Bill Frantzis (a former teacher who had a dream to open up a cafe) make a range of show stopping sweets, breakfasts and cakes with an emphasis on quality ingredients. 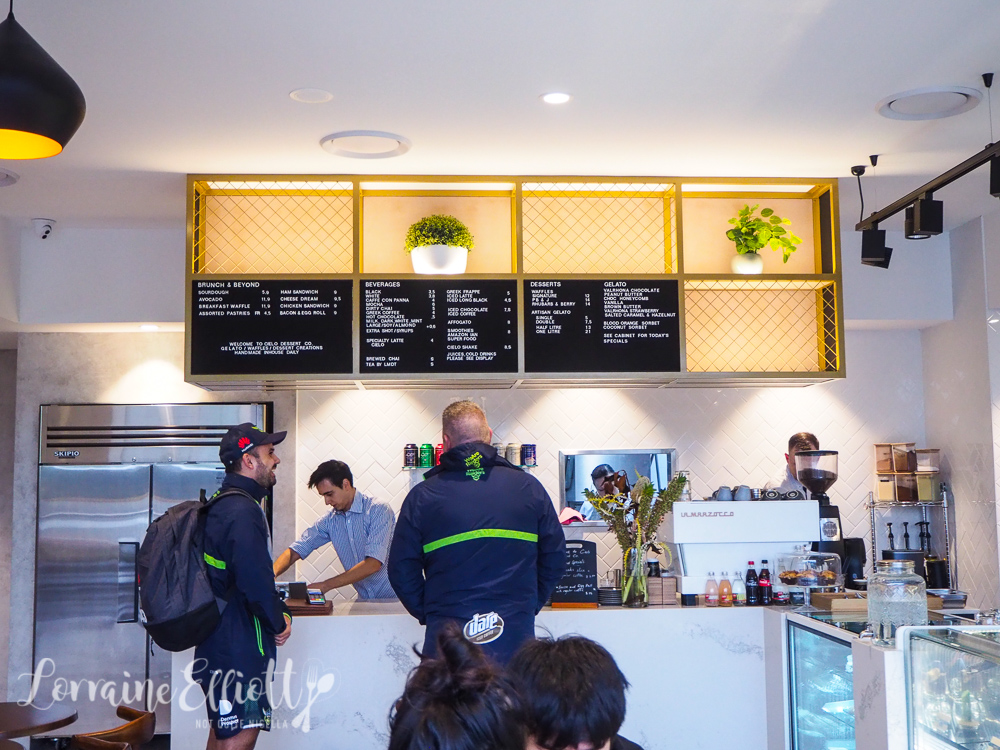 Take the gelato that is made in house. The vanilla has three layers of Heilala vanilla giving you a true hit of the sweet aroma. The rum and raisin (a retro favourite of mine) is made using Captain Morgan's spiced rum and week long soused raisins and is possibly going to spoil you forever of other rum and raisins. 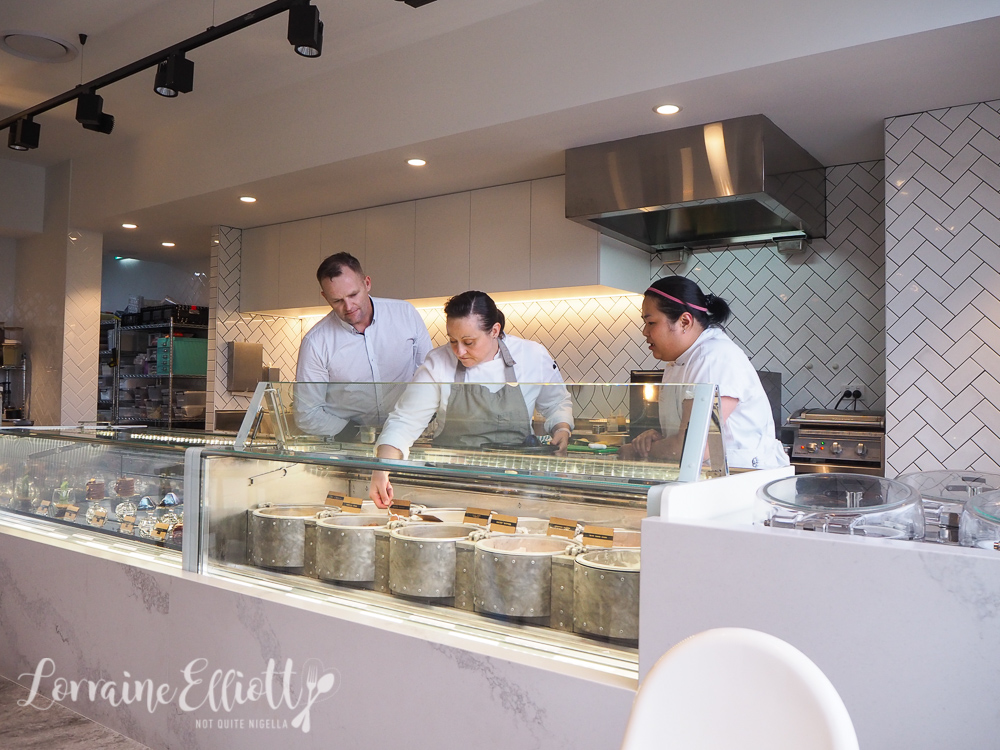 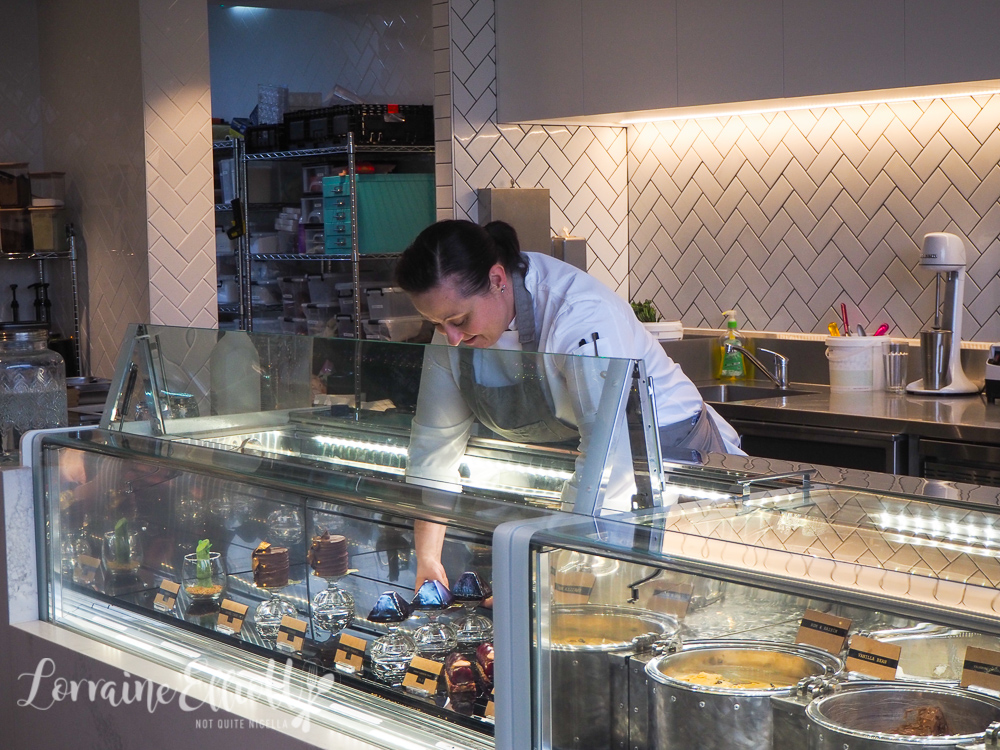 There is a cake display that changes with weekend specials as well as a breakfast menu and drinks menu. Many of the drinks have a Greek bent to them referencing Bill's heritage and the nearby Greek church. 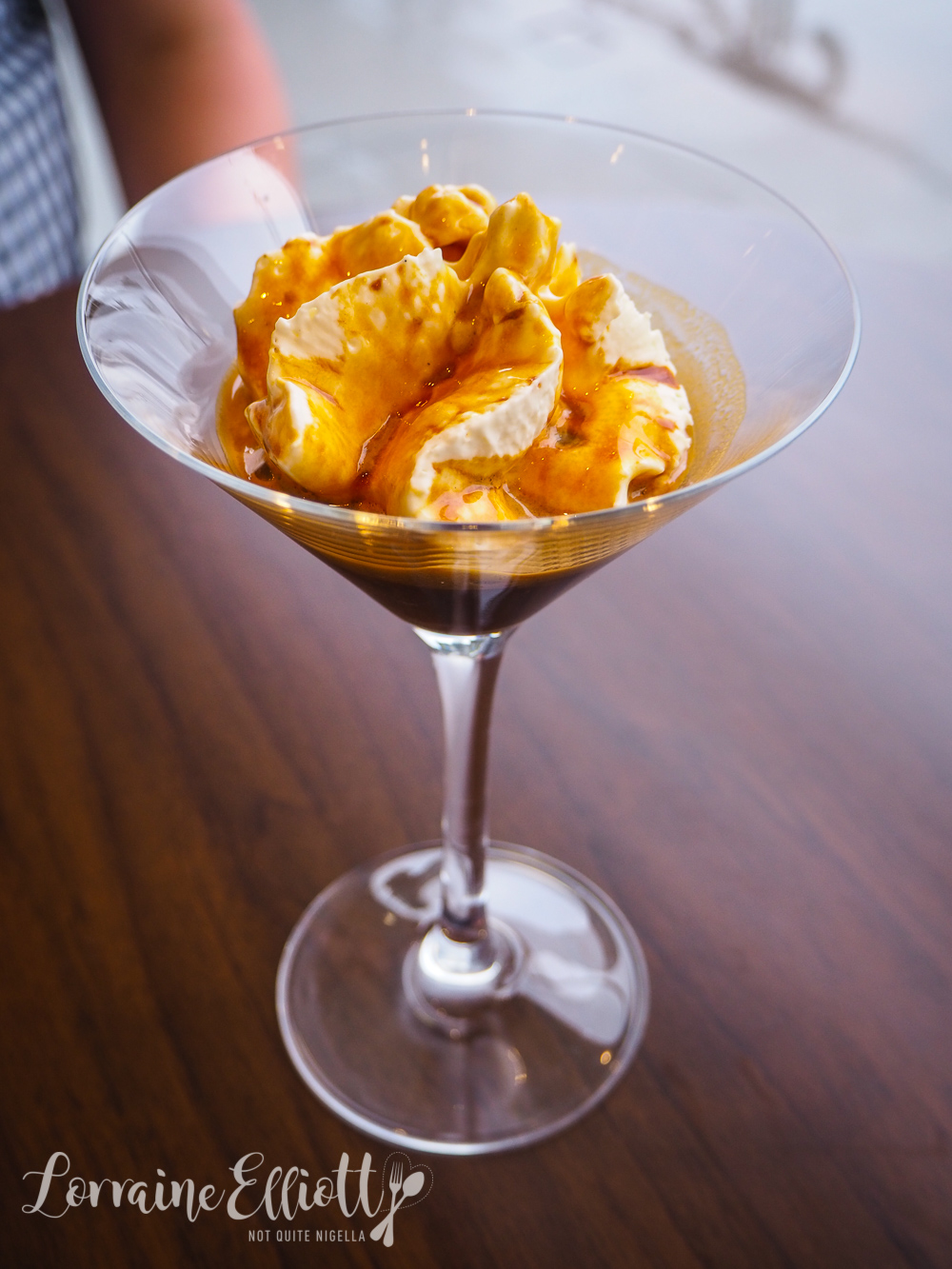 Viggo orders a Caffe con Panna which is an espresso poured over whipped cream while Louise orders a prana chai which is fantastic as it tastes exactly like an Indian masala chai (a opposed to the more Australianised Chai Latte). 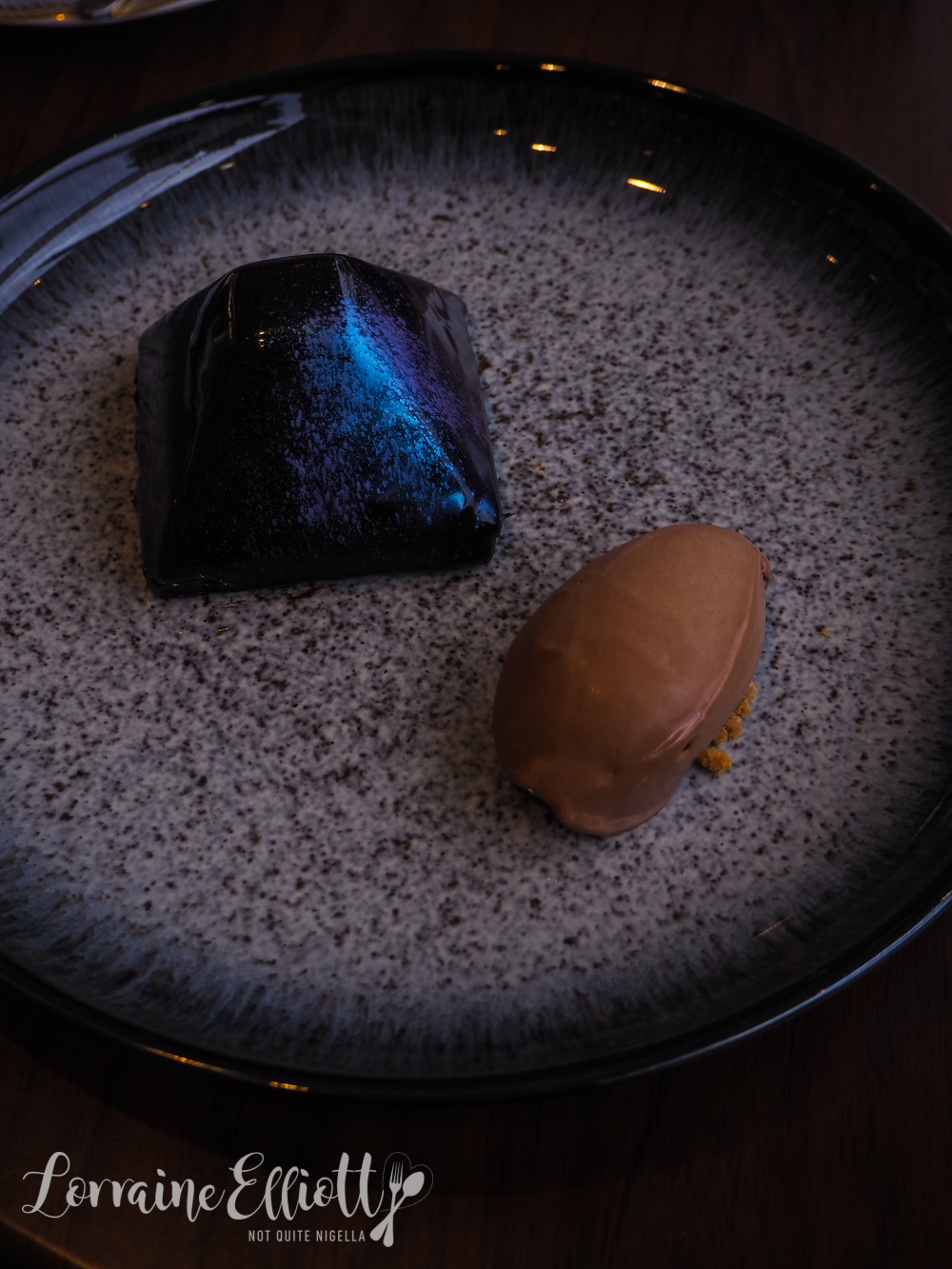 We order a few desserts to share. The first is one of the weekend specials. Called the Galaxy Pyramid it in the shape of a pyramid coated in a galaxy shimmer powder finish. It is a Valrhona chocolate mousse, crunchy pop rocks base and a centre of liquid salted vanilla caramel that oozes out. It's a big hit at the table, even baby Henry could not get enough of it. 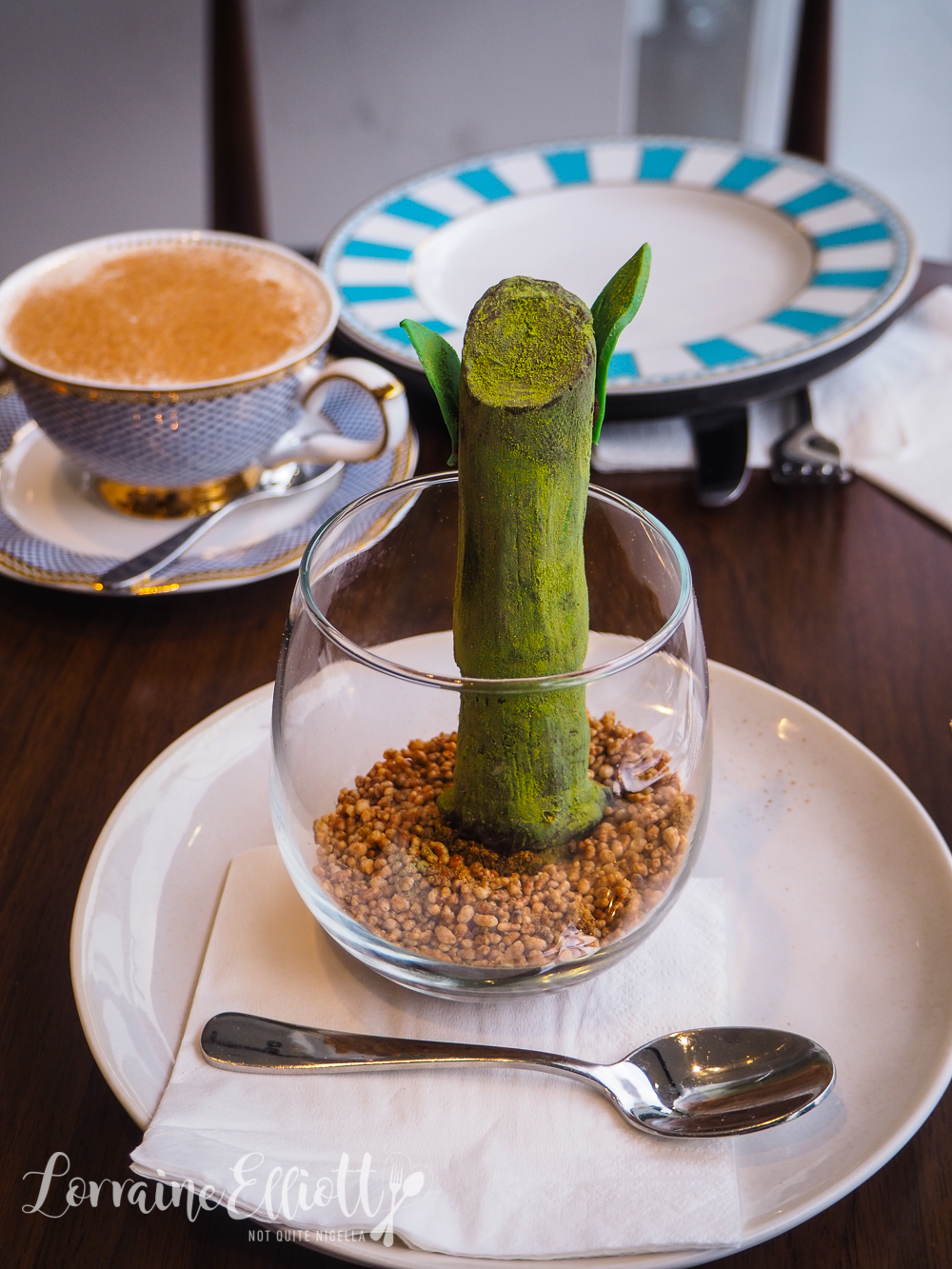 One of the most photographed desserts is the Bamboo, created for Chinese New Year and originally from Tiffany's days at Lotus. The bamboo is a Valrhona dark chocolate shell with a matcha mousse with cubes of poached apple, caramelaised apple gel, matcha sponge on a bed of crunchy toasted genmai rice. This one while visually striking is a bit difficult to eat. You are advised to take it out and tip it onto a plate. I think putting this directly onto the plate might be better. Also the mousse is quite soft for the chocolate shell. 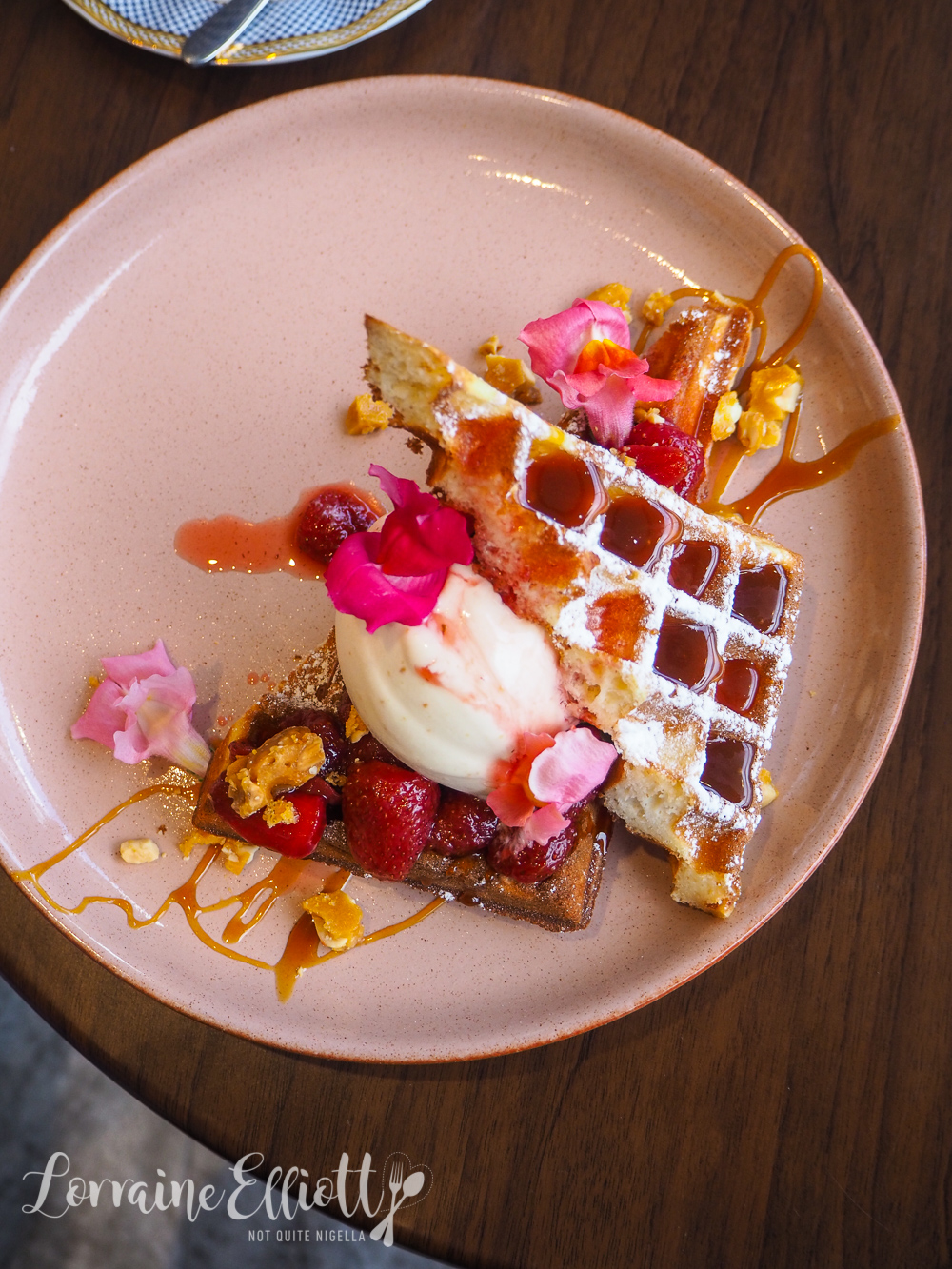 My favourite is the PB and J waffle and Tiffany explains that it, "stems from my love affair with anything peanut butter". There are actually three type of waffles on the menu, a signature waffle, one topped with poached rhubarb and red berries and the one I was always going to order with peanut butter and jelly. She explains that they make the waffle batter in house and slow prove it for maximum flavour. The waffle itself is spongey, light and crisp - absolute waffle perfection and in the crevices are pools of salted caramel a scoop of peanut butter gelato and a delightful strawberry compote and addictively crunchy peanut butter brittle. 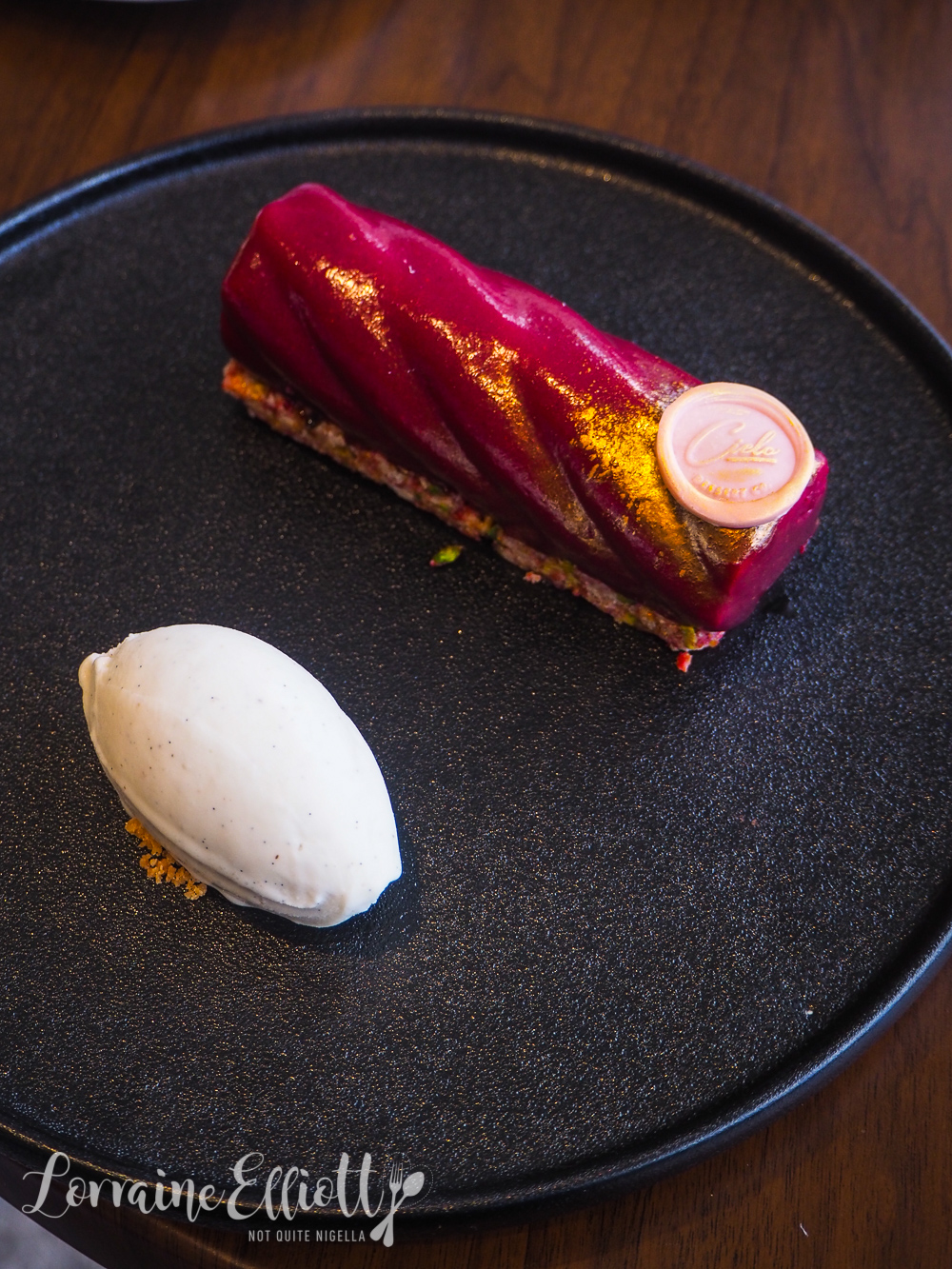 Another favourite of mine is the Cassis Liquorice Twist. You may know that I've been trying to become friends with liquorice and so far the relationship is progressing slowly but steadily. I'm not ready for straight liquorice, pastis or ouzo but I am liking more liquorice desserts. And this is ideal for those that don't want that big liquorice hit. There is a centre of burnt vanilla cheesecake with a filling of liquorice caramel, cassis glaze, fruity crunch base and vanilla gelato on the side. If you are a hardcore liquorice enthusiast like Danish Viggo (Scandis love hardcore liquorice), then this may not be as strong as you might want but I think for the Australian palate, it fits the bill. I like that all of the desserts have a crunchy element in them and they're all quite different from another. 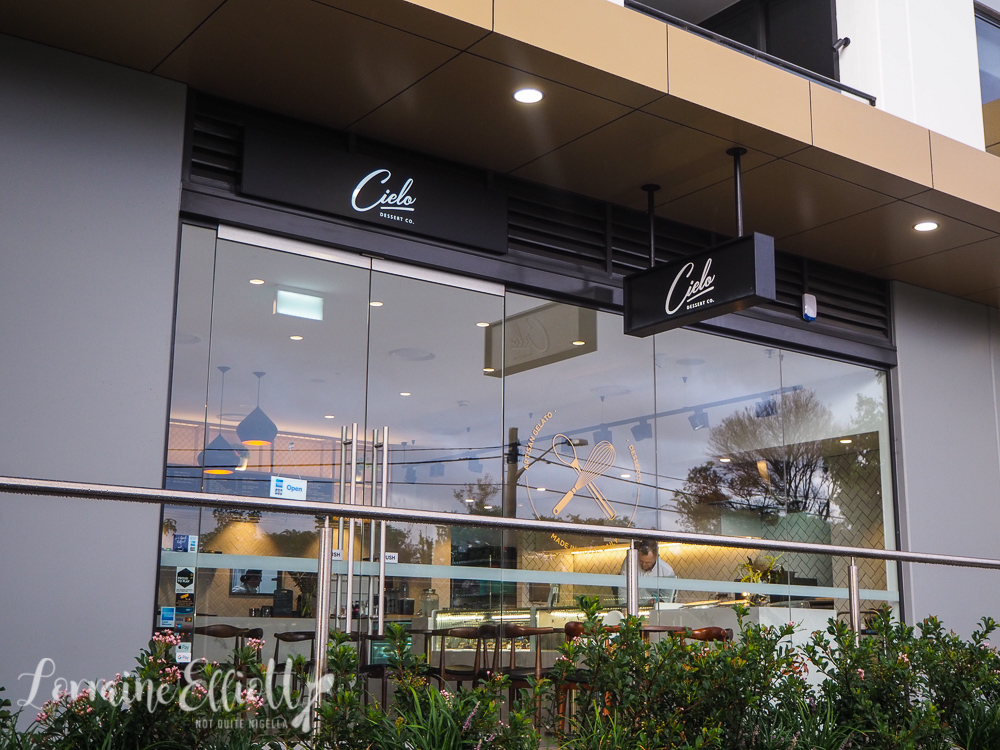 For now the demand is for later opening hours as people look for something sweet late at night. There are also plans to get a small bar license so people can have a glass of champagne or a cocktail with their dessert. Sugared up, we go off in search of dinner as we're doing things backwards today!

So tell me Dear Reader, are you a liquorice lover? Which dessert did you like the look of the most? Do you ever have dessert before dinner?