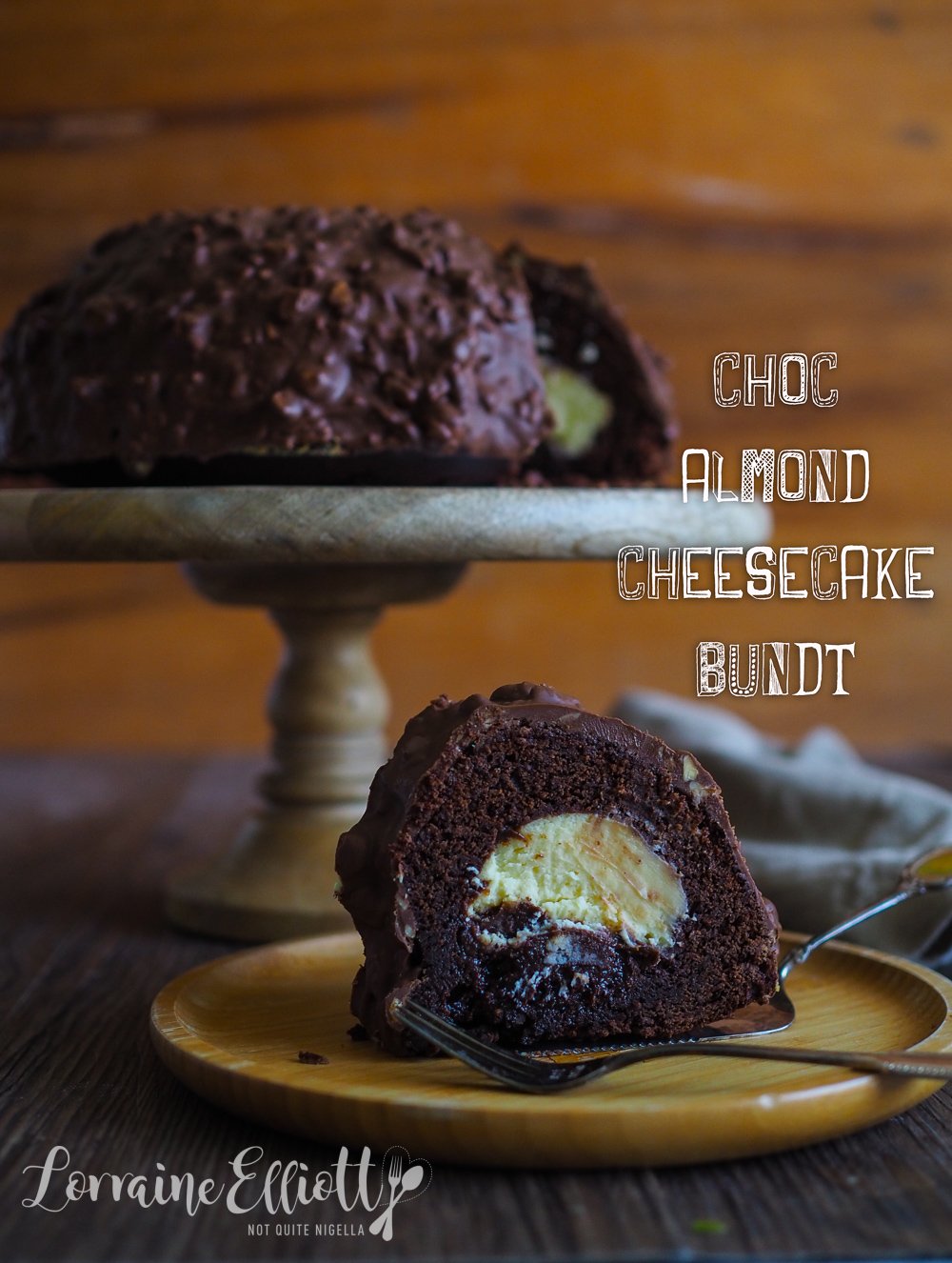 This cheesecake bundt is a triple whammy! It's a rich chocolate cake filled with a surprise layer of creamy vanilla cheesecake. On top it is coated with a crunchy topping of chocolate and toasted almonds! And now is when we need this chocolate cake to end them all more than ever! I called her Karina.

Dear Reader, this is an enormous cake, ideal for feeding around 8-10 people because it is really two cakes in one. I loved the richness of the chocolate cake and the cheesecake layer peeking out from the chocolate. And the chocolate almond layer? Well that's just because I wondered if it was possible to coat an entire cake in one of my favourite ice cream coatings and I'm happy to say that it is. You can of course leave this off if you don't want to add so much chocolate to it or if you're allergic to nuts but really there was no option for me. I had to. 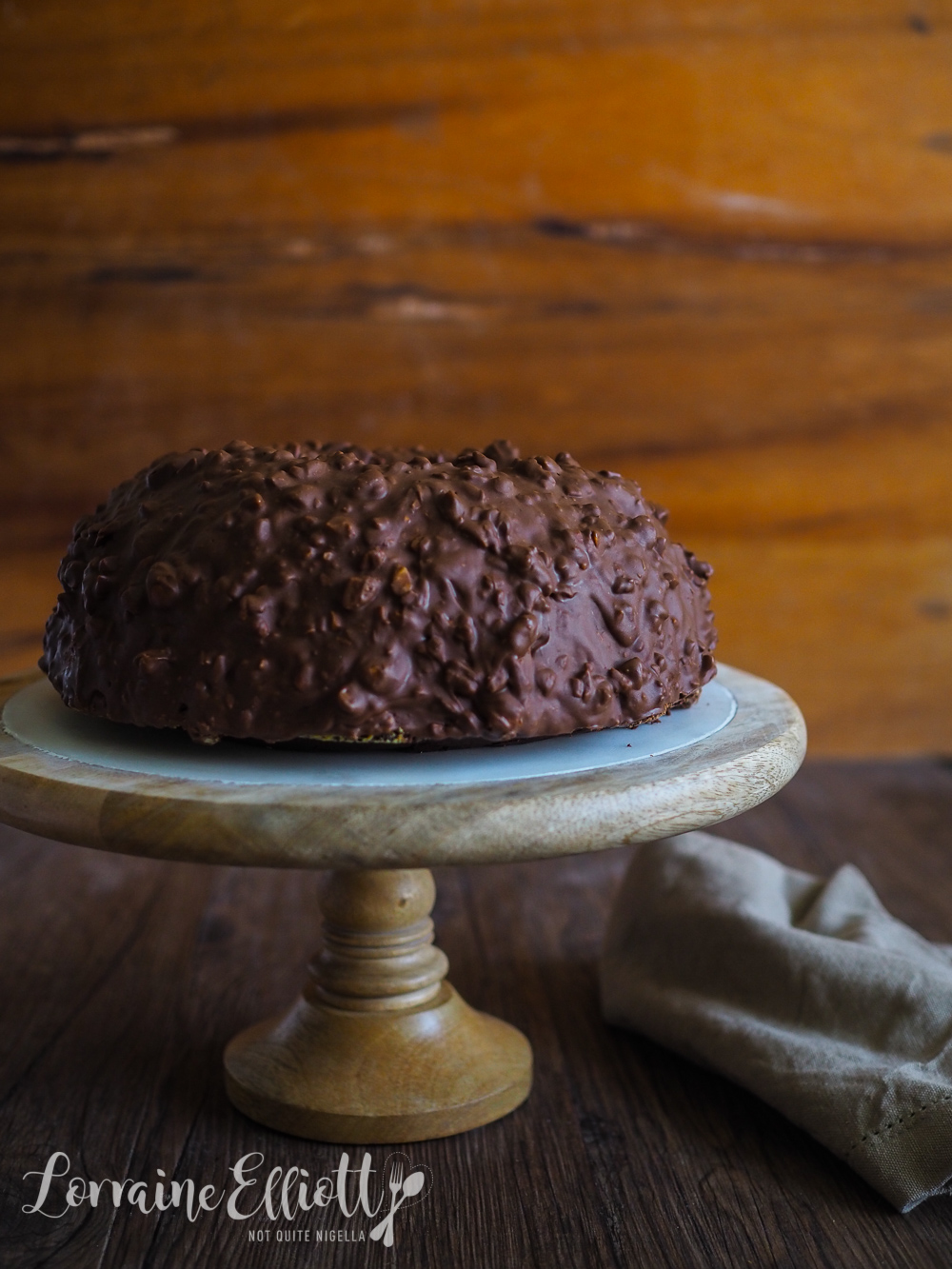 On the topic of allergies, I've been living with this barramundi allergy for a few years now and still carry an epi pen with me at all times. I know my allergy to barramundi is a really specific and odd one but it's one of those fish that people can be allergic to (in fact a man died suddenly from eating it after showing no allergies).

I was at a media event the other night and we were trying two restaurants adjacent to each other. I had let them know of my barramundi allergy and the woman at the first restaurant let me know that there wasn't any barramundi on the menu. "Is snapper ok?" she asked and I said that it was fine. 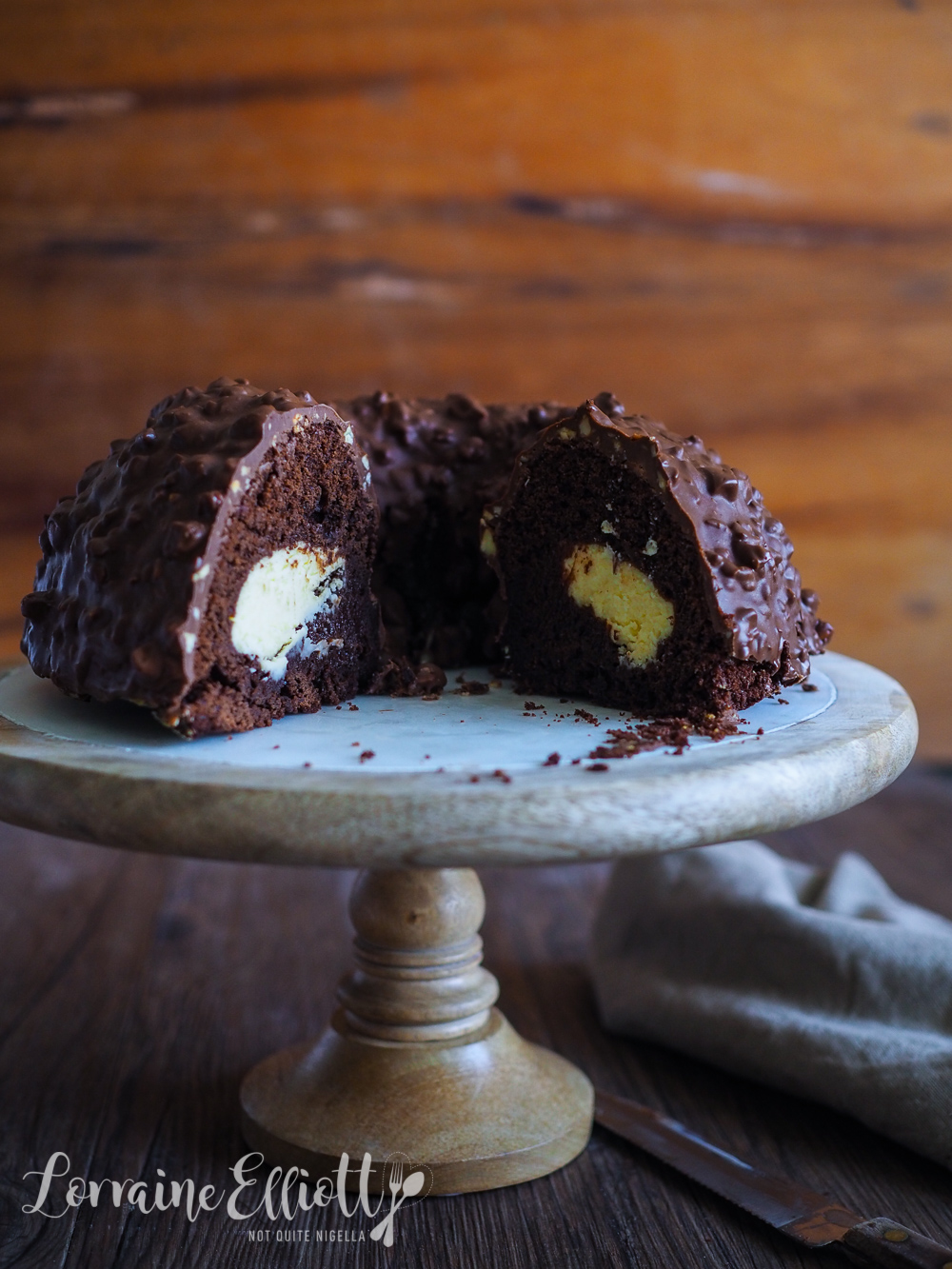 The food at this restaurant was fantastic. I hadn't expected a lot because it was in a really corporate enclave and they explained that the menu was on the safer side to cater for corporates but everything that we ate was perfectly cooked and flavoursome so I planned to go back to do a review (this was Before Corona or BC became a real concern).

Then we went off to the second restaurant. It was a gorgeous space but when the food started to come out it was a little odd and the best way I could describe it was "confused". It was a fusion restaurant and I don't think it had found its footing or identity. For example oysters were topped with apple puree which was quite frankly odd. 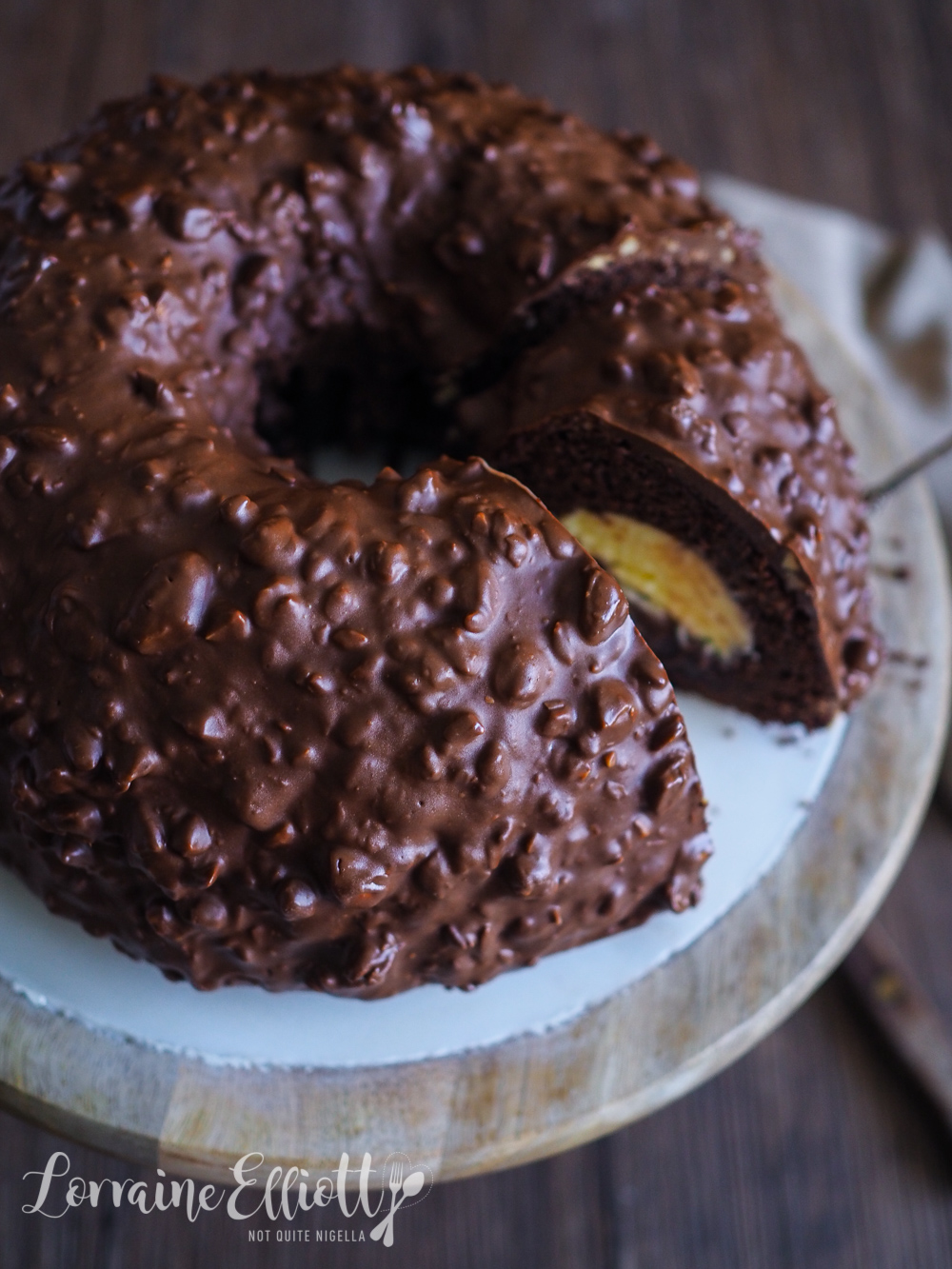 The waitstaff also weren't very experienced. Because it was a tasting event they were just bringing out plates and we hadn't seen a menu. One waitress who seemed out of her depth just quietly told two people sitting opposite me what was on the plates she was bringing but not the rest of the table.

One plate looked like a lot of roasted purple cabbage so I took some. "Don't eat that!" said Ivy. Luckily one of those people who the waitress described the dish to was my friend Ivy who knows of my barramundi allergy. It was a very close call, I was almost ready to put it in my mouth and I didn't fancy a trip to the emergency ward because they forgot about my allergy.

It put me off the rest of the food and whenever they'd bring out a seafood dish I'd ask about it and the waitress would blunderingly describe it confusing the dishes and I had zero confidence in eating anything seafood related. And I'm unlikely to ever visit that place again (and not just because of the way they dealt with my allergy).

So tell me Dear Reader, have you ever reacted to any food? Is there something that your body doesn't agree with but isn't a full blown allergy? 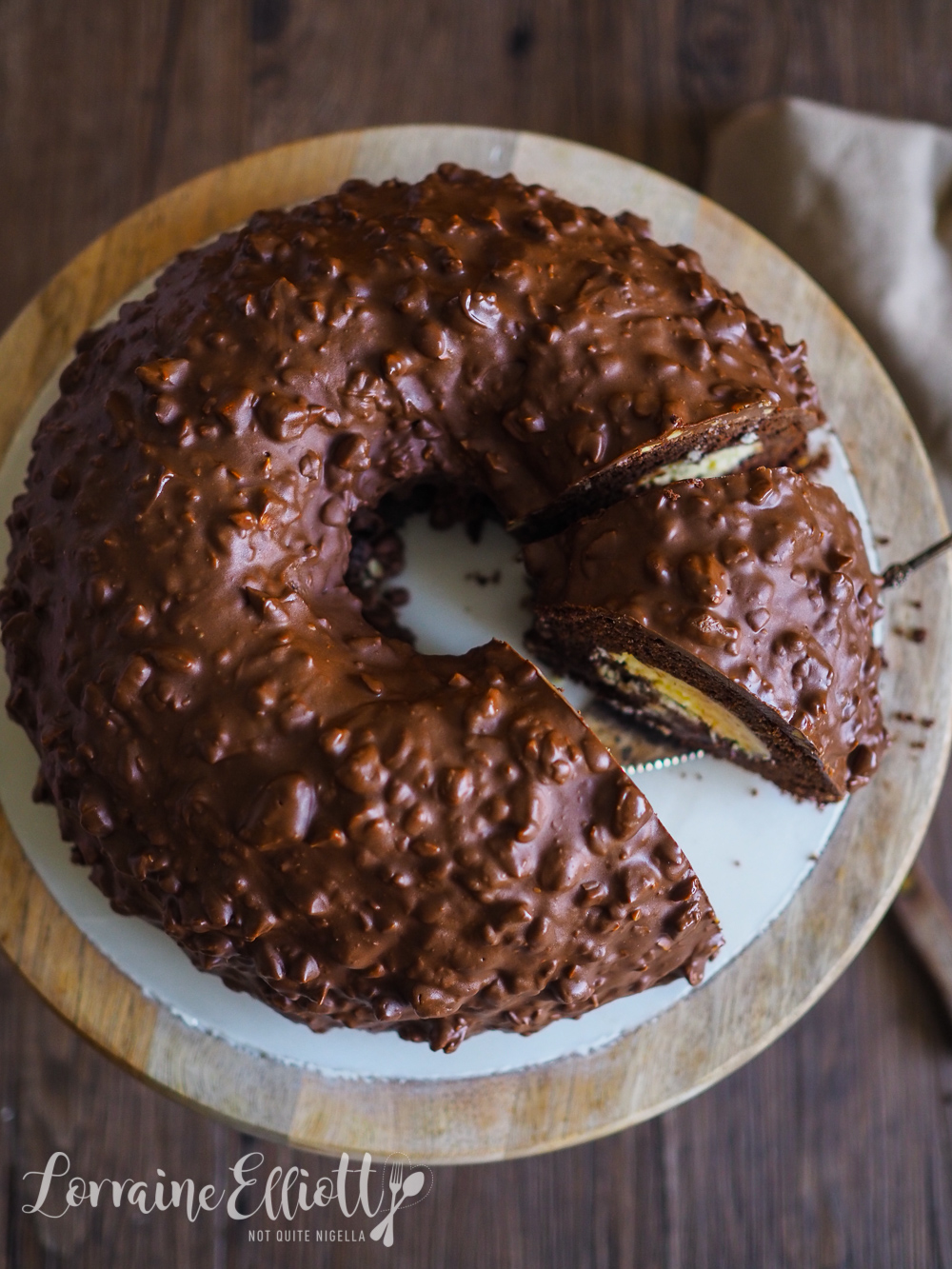 Step 1 - Butter and flour the bundt tin well and refrigerate until needed.

Step 2 - Make the cheesecake filling. Place the cream cheese, sugar, egg, flour and vanilla in a food processor and blend until smooth. Place in a large piping bag and set aside at room temperature.

Step 3 - Preheat the oven to 180C/350F. Make the chocolate cake. Whisk the flours together with the sifted cocoa powder, chocolate, brown sugar, baking powder and bicarb. In a large jug measure the oil and buttermilk and whisk in the eggs, coffee, vanilla and salt. Make a well in the centre and pour in a quarter of the wet mixture stirring to combine and gradually add in the rest of the liquid in three lots. Do not overmix. 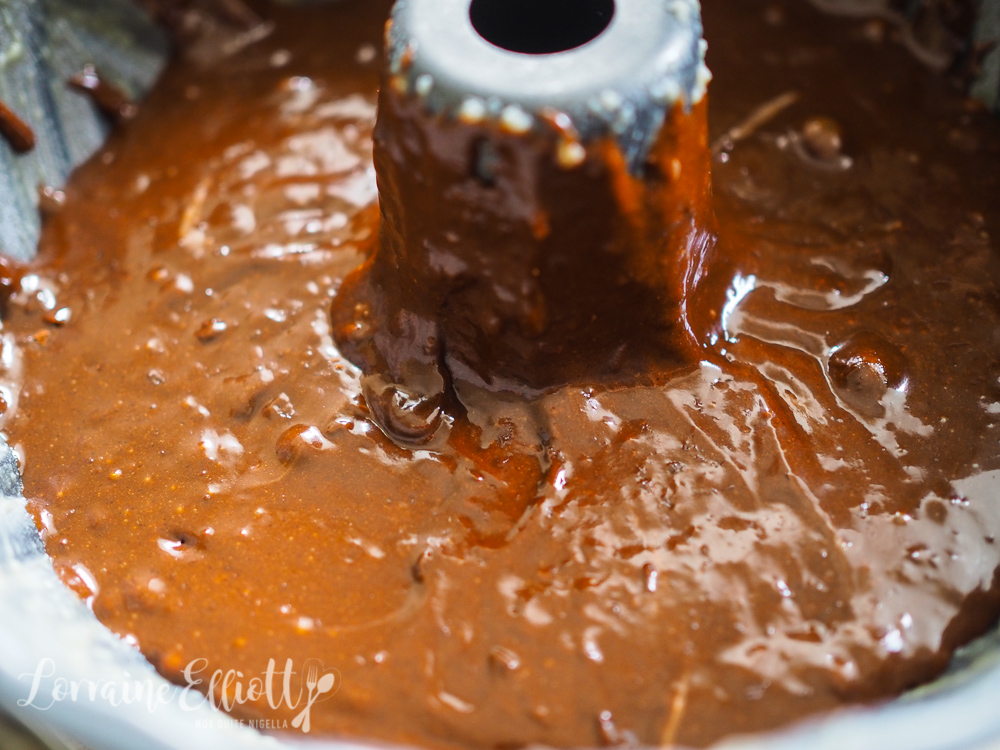 Half the chocolate cake mixture in the greased bundt tin 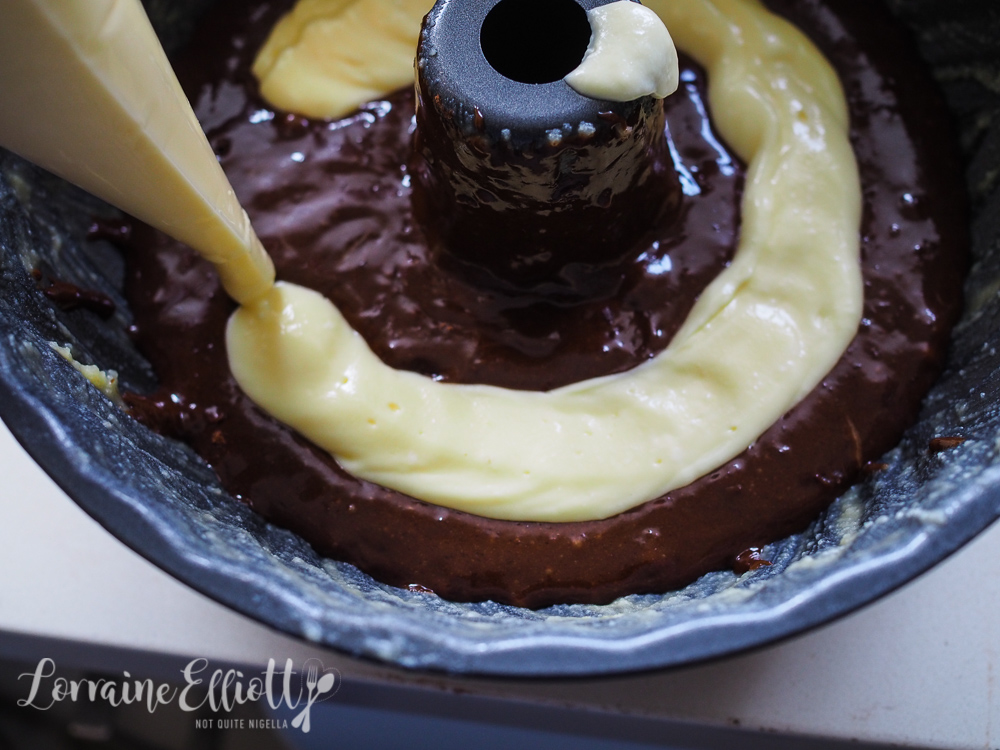 Step 5 - Spoon over the rest of the chocolate cake batter and then bake for 45-50 minutes or until the top of the cake springs back when touched. The centre of mine was a bit fudgey but set at 45 minutes and I really loved that. 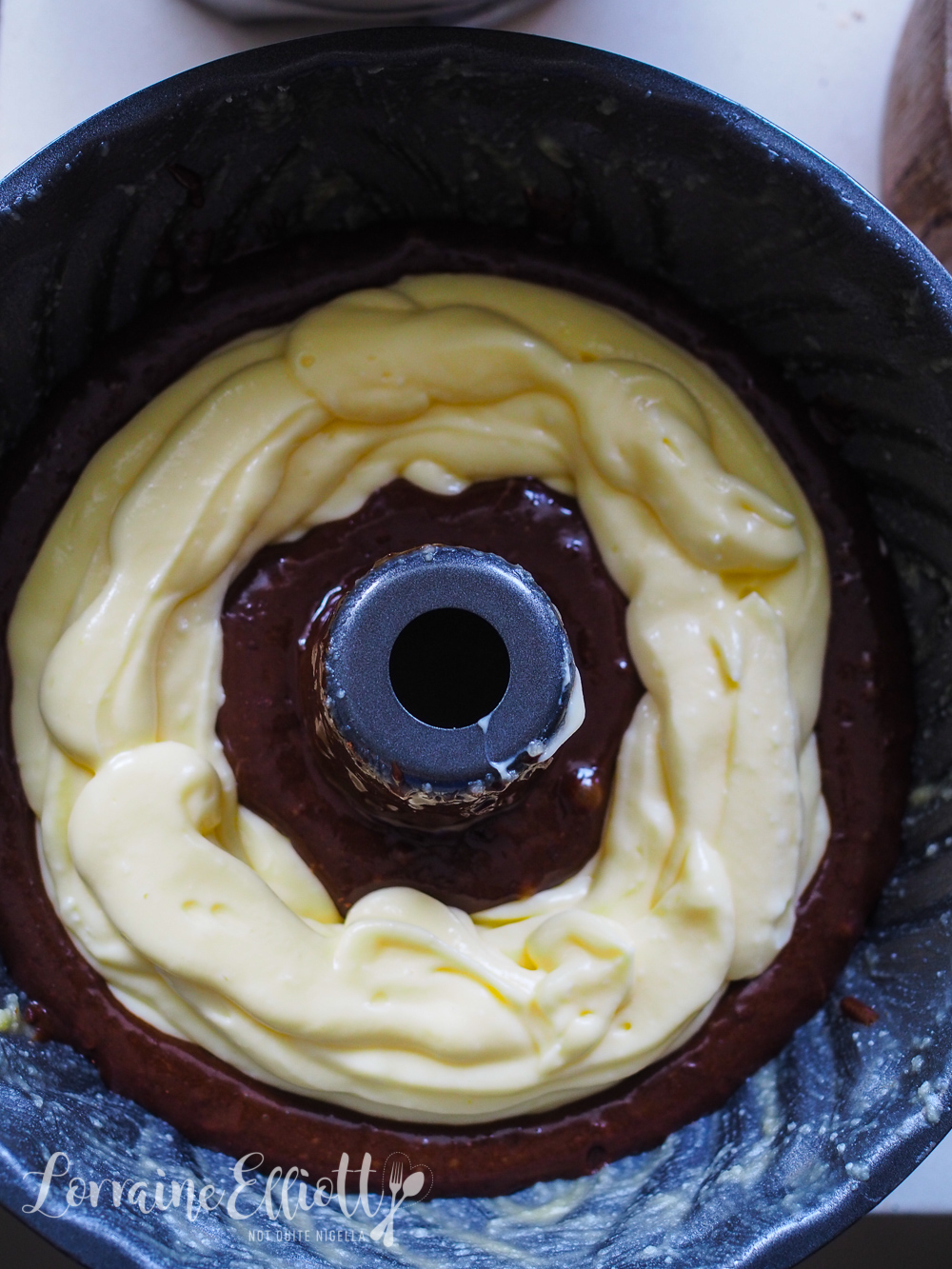 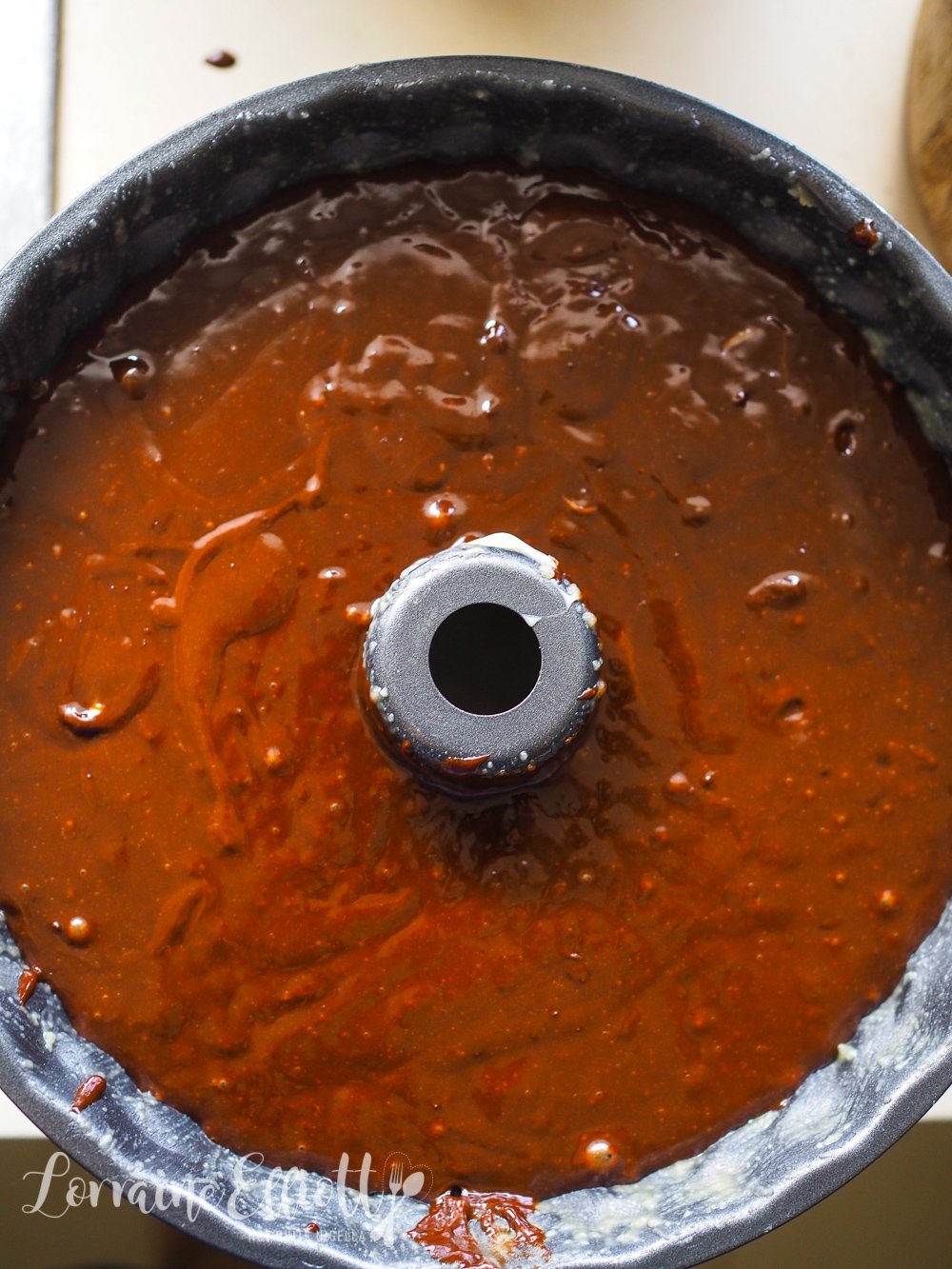 Step 6 - To make the chocolate coating melt the two chocolates together and mix with the almonds and coconut oil. Place the bundt on top of a cake cooling rack and place some parchment or cling film underneath the rack to catch the drops. Spoon over the chocolate almond mixture and allow to set in the fridge. The cake needs to be kept in the fridge because of the cheesecake filling. 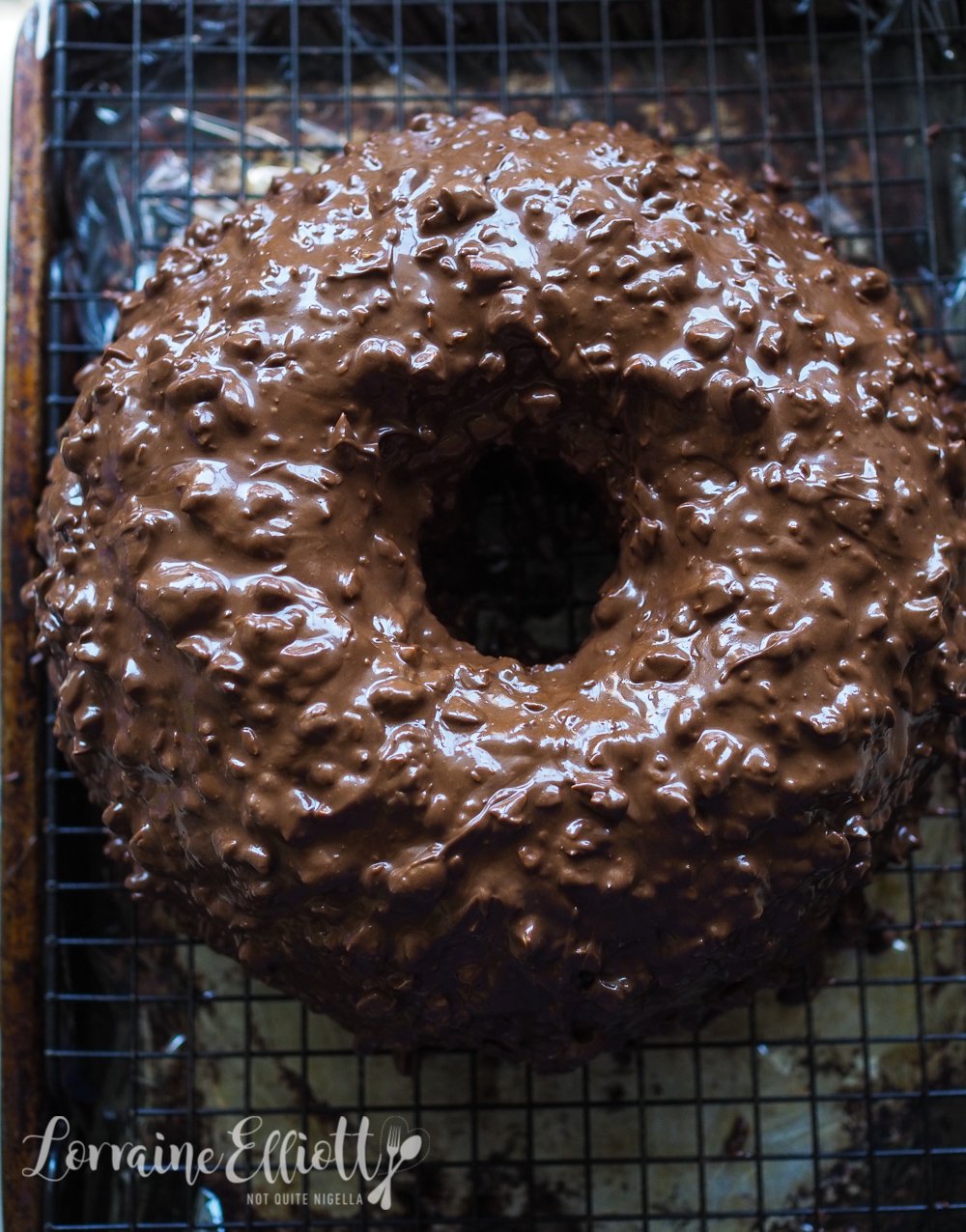