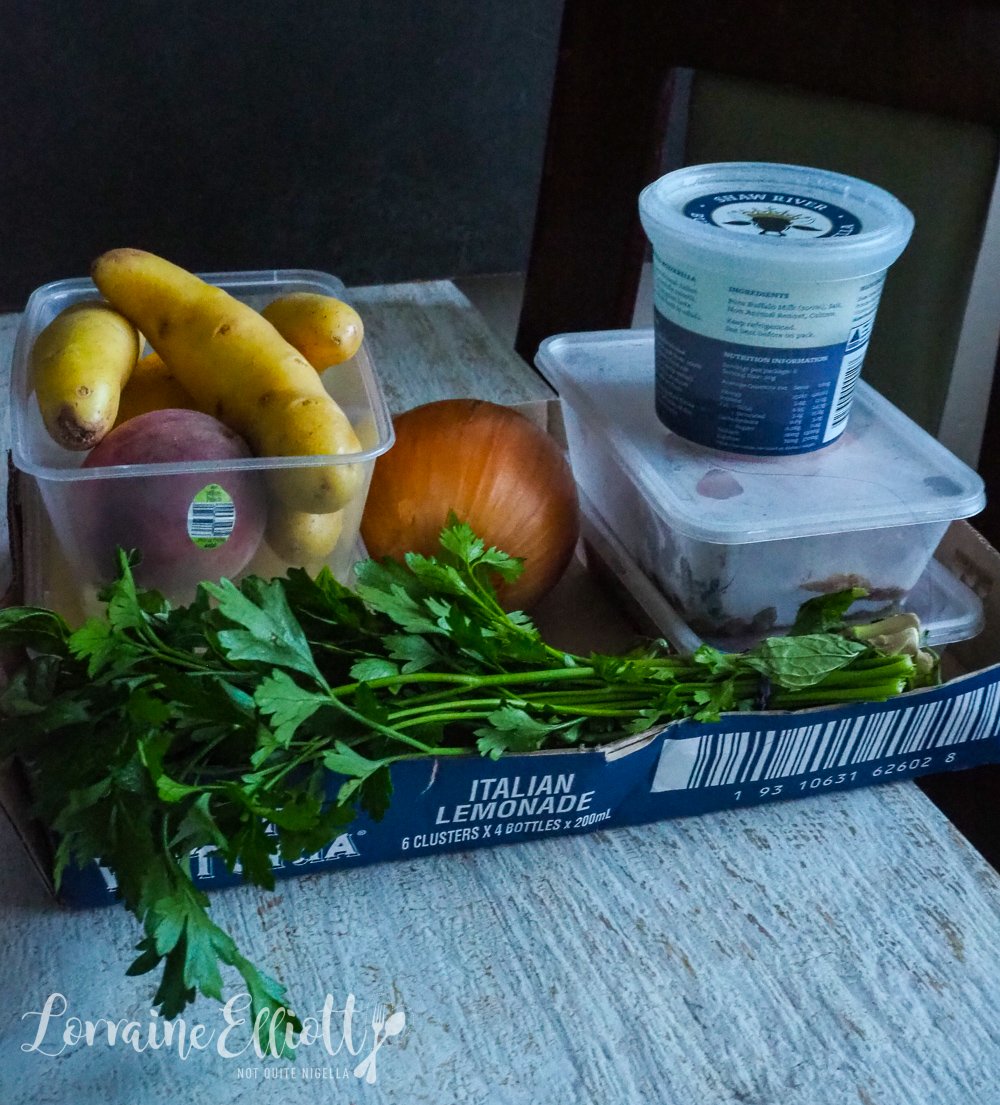 Sagra chef and co-owner Michael Otto explains, "We came up with the idea about a week after the initial restrictions. I was in an online lecture, stressing about Sagra and I thought we could pivot in a similar way the uni had. I messaged Edward (Saxton) and Jared (Lanzua) with the initial idea straight away and then we collectively came up with this." 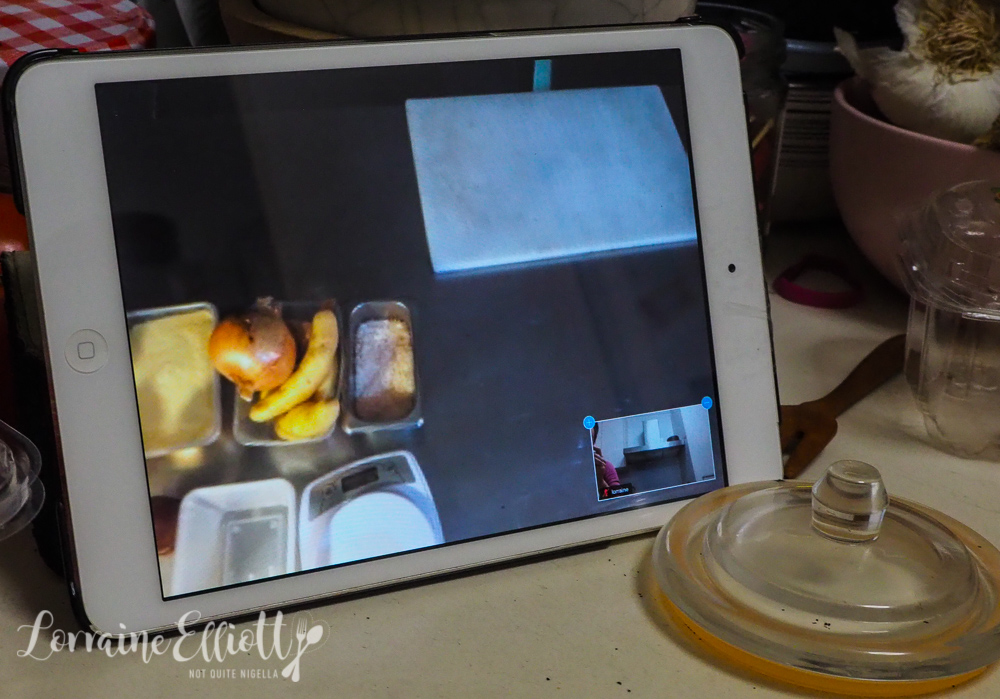 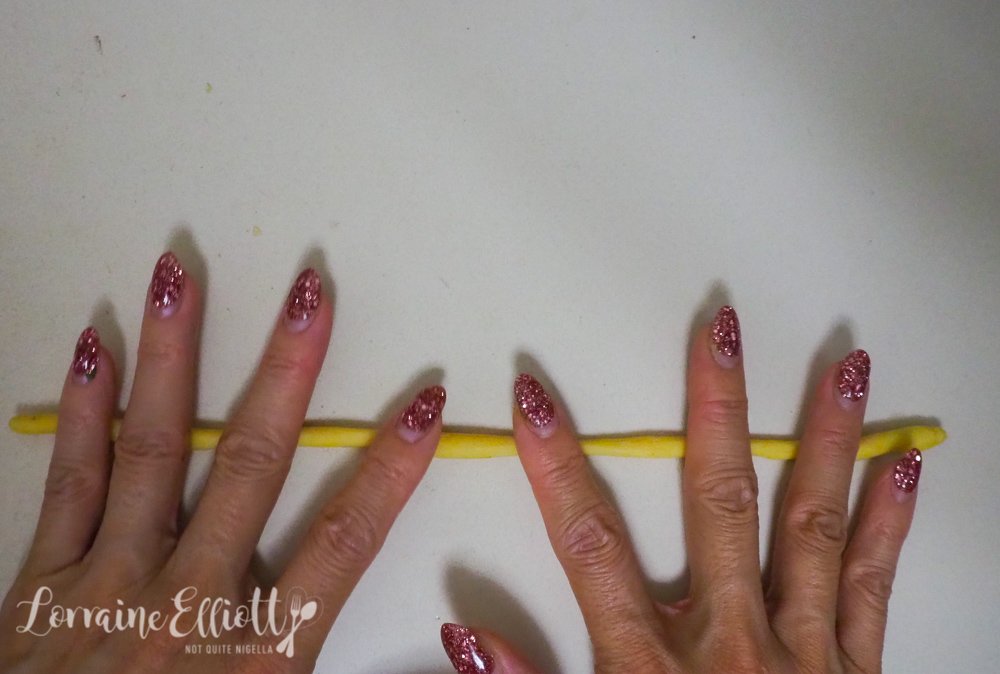 There are three 2 hour classes per week on Friday, Saturday and Sunday with a maximum of 20 people. They can also do classes for family groups up to 30. In terms of the menu Michael says "We will always include pasta making - we'll be showing a few different techniques so a pasta roller isn't required but we'll tell you if you need one or if you can substitute something else." Menus vary but it will always be 3 dishes with some classes including dessert, others not.

The afternoon of the class they sent through the Zoom link to the class which I watched on my iPad as I have a tiny kitchen. There are six or seven groups participating this evening. We are making three things: buffalo mozzarella with grilled peach and basil oil; hand rolled pici pasta with onions, pancetta and asparagus and pan fried tuna steaks with salsa verde and kipfler potatoes. 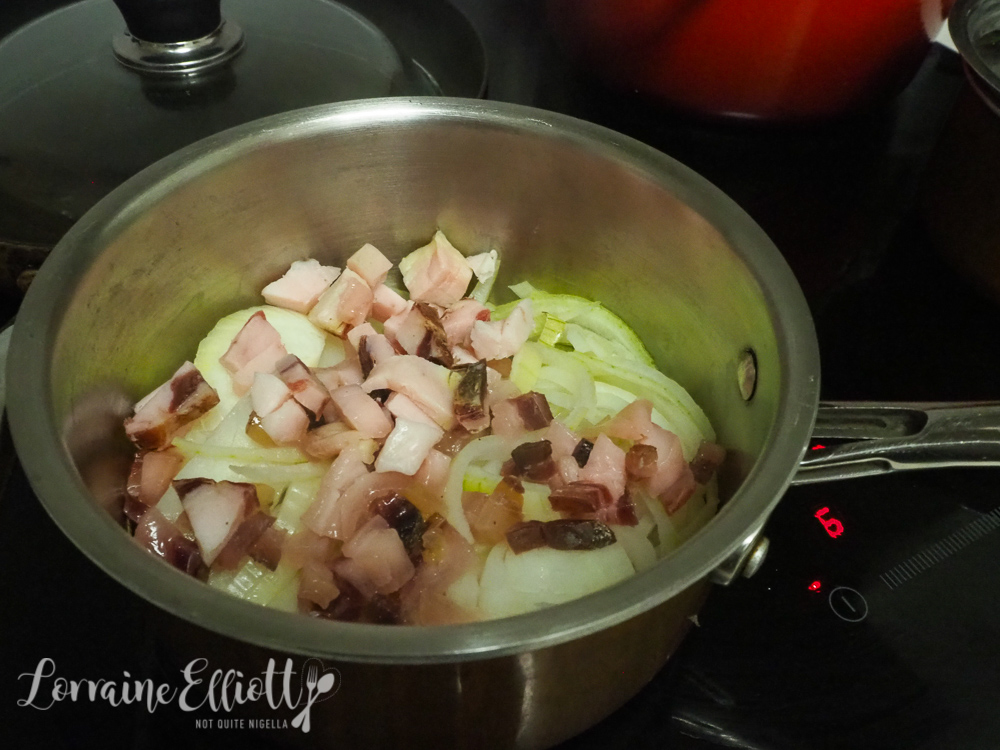 They've packaged and measured everything for us and I'm very excited to learn how to make pici pasta. We use the semolina 00 flour given and the two chefs tag team it. Michael first explains what we're doing and shows us and at that stage you can just start then or wait until Edward re-demonstrates it. That means everything is done twice, once by each chef so if you miss something you can see it again or you can refer to the recipe that they've given the day prior. 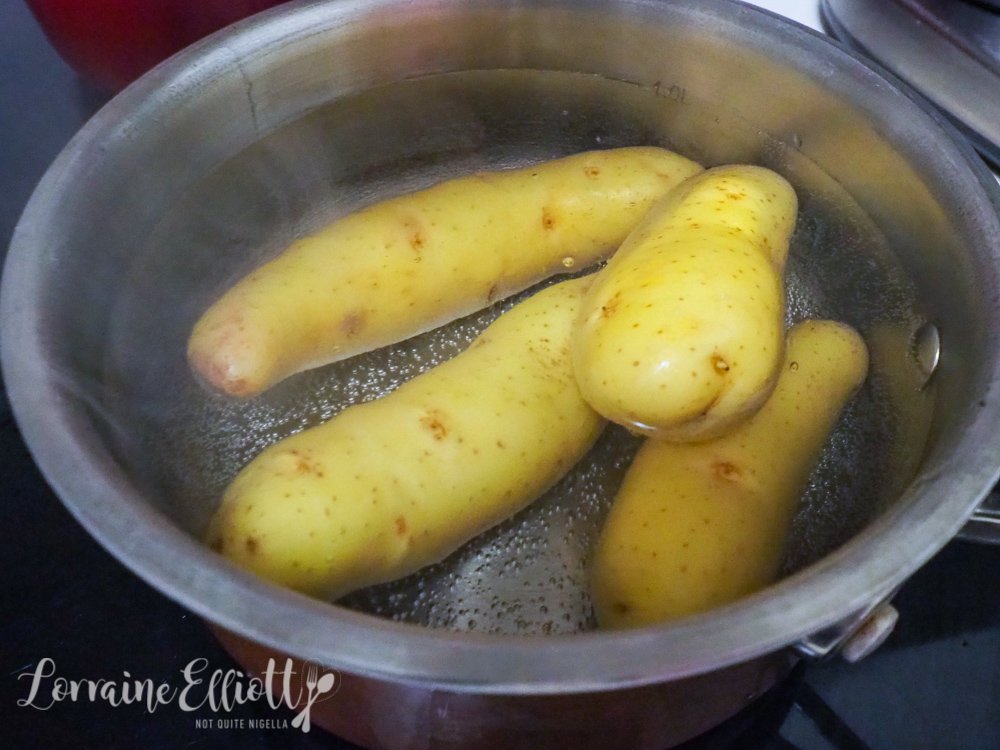 There are cameras facing the two chefs and there is also a camera looking down at the work station when they need to demonstrate a technique and they switch between cameras. While they are talking everyone is muted but you can send them questions or unmute yourself to ask anything. 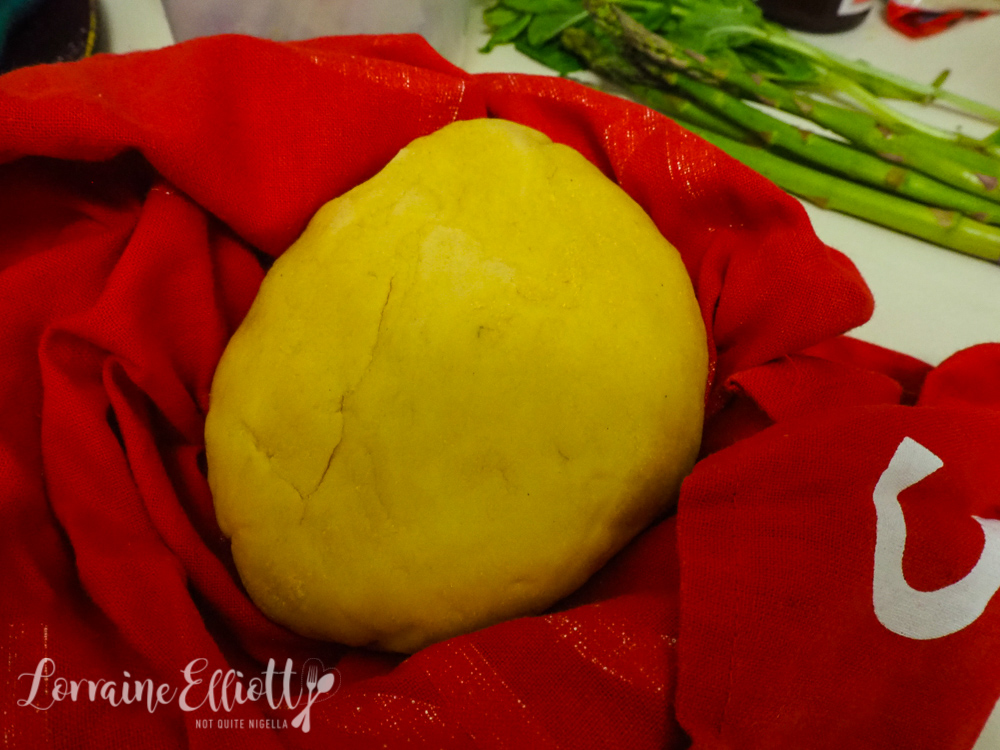 The two hours goes by in a flash and after making the pici dough we move onto sautéing the onions and adding the pancetta and this cooks in the background while we make sauces, boil the potatoes, grill the peaches and make the basil oil. At several points they check in on everyone individually to see how they are going. They also give some cheffy tips on the way like how to slice an onion, the herb oil technique etc. 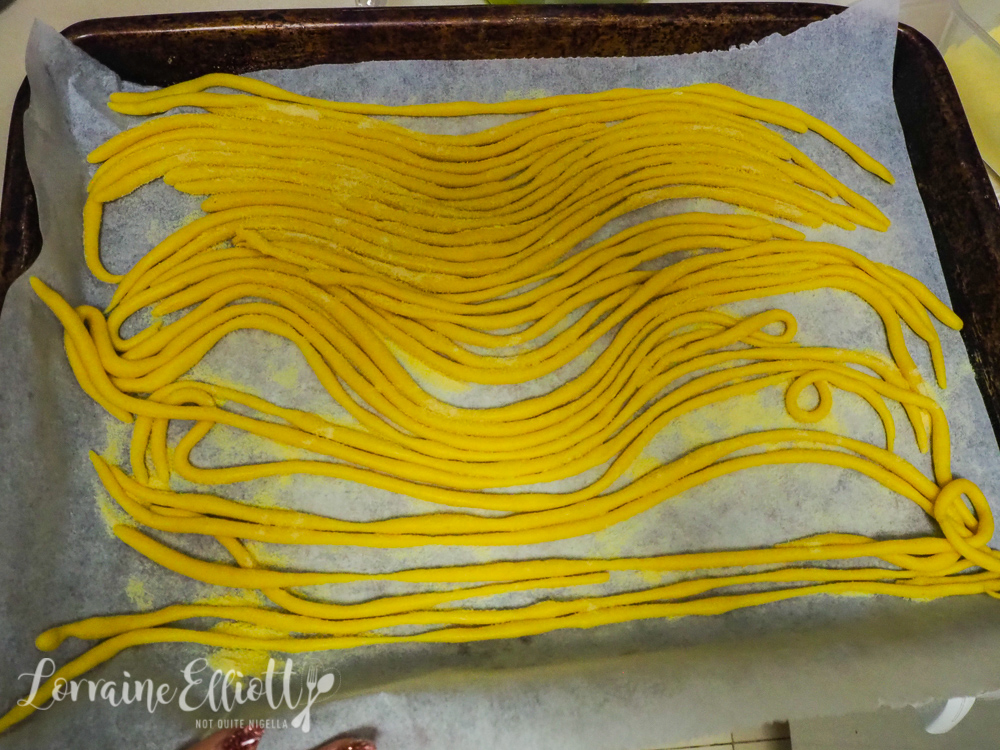 Pici-a little on the thick side but it was our first go!

I even got Mr NQN in the kitchen helping to roll the pici because if you're doing it individually I don't know if you could make all of the pasta in the time given. Pici is a long pasta like a bucatini or thick spaghetti and it's great as you can't overcook pici. Plating up is quick and they give some tips and show what the dish is supposed to look like. 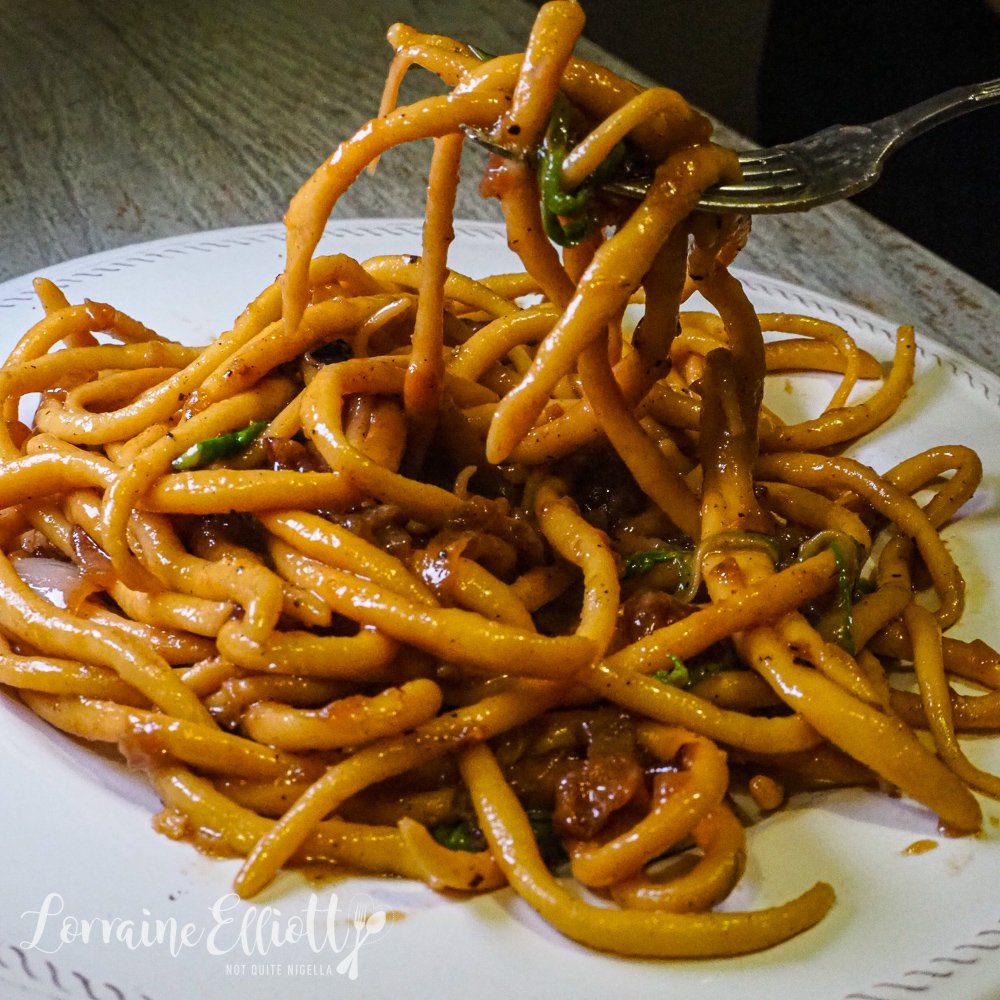 It came to the final taste test. I had an inkling that the pici might be my favourite based on the ingredients of caramelised onion and pancetta but you know what? It's even more delicious than I could have imagined. In fact I ate most of Mr NQN's and it's definitely a dish that I would make again and again. 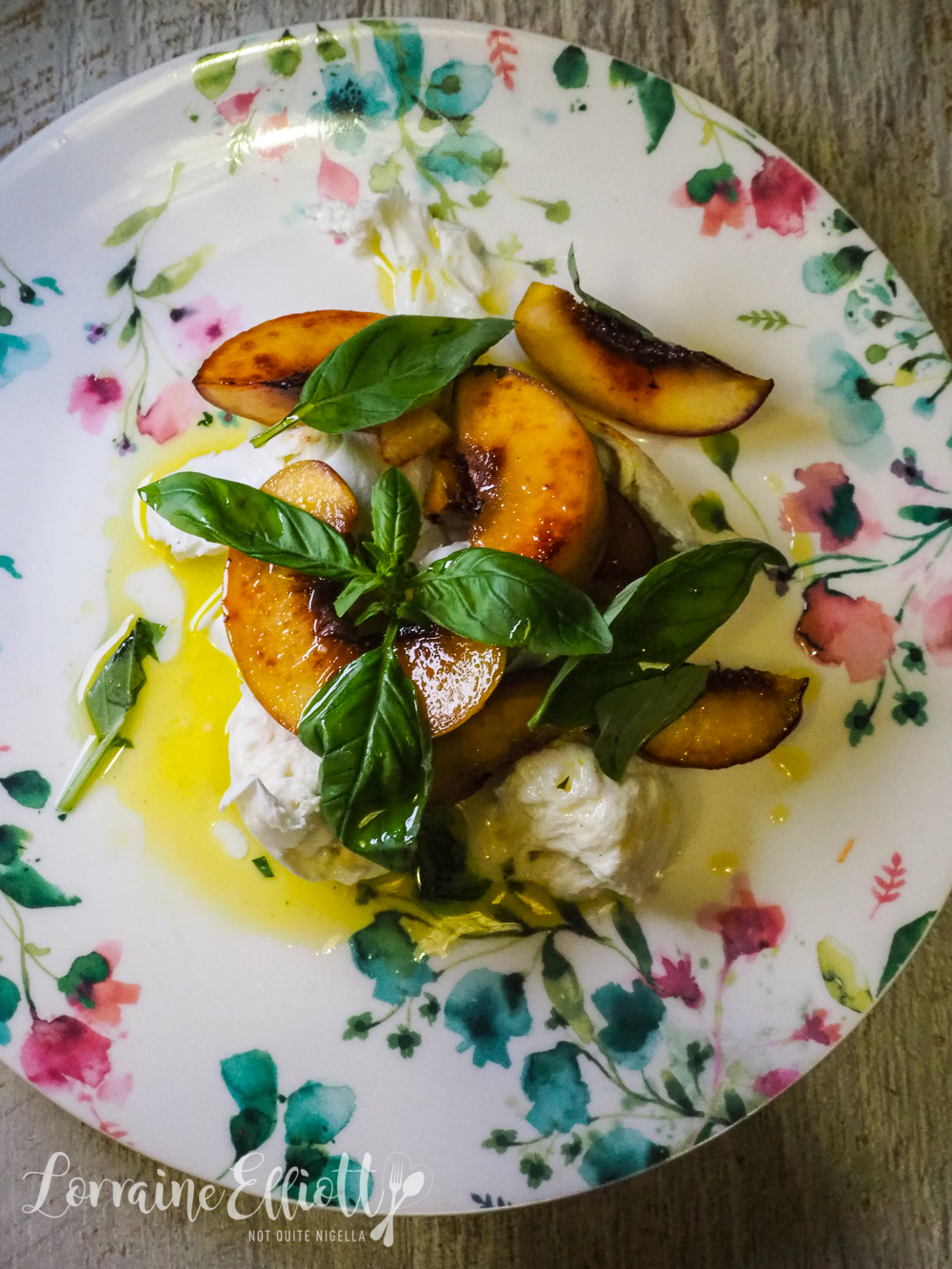 The mozzarella and peach salad is gorgeously fresh and I still have some basil oil left over which is handy. And the tuna sings with flavour from the salsa verde and Mr NQN wolfed this down proudly proclaiming that he had a hand in making dinner!

The best way to enjoy this class is: 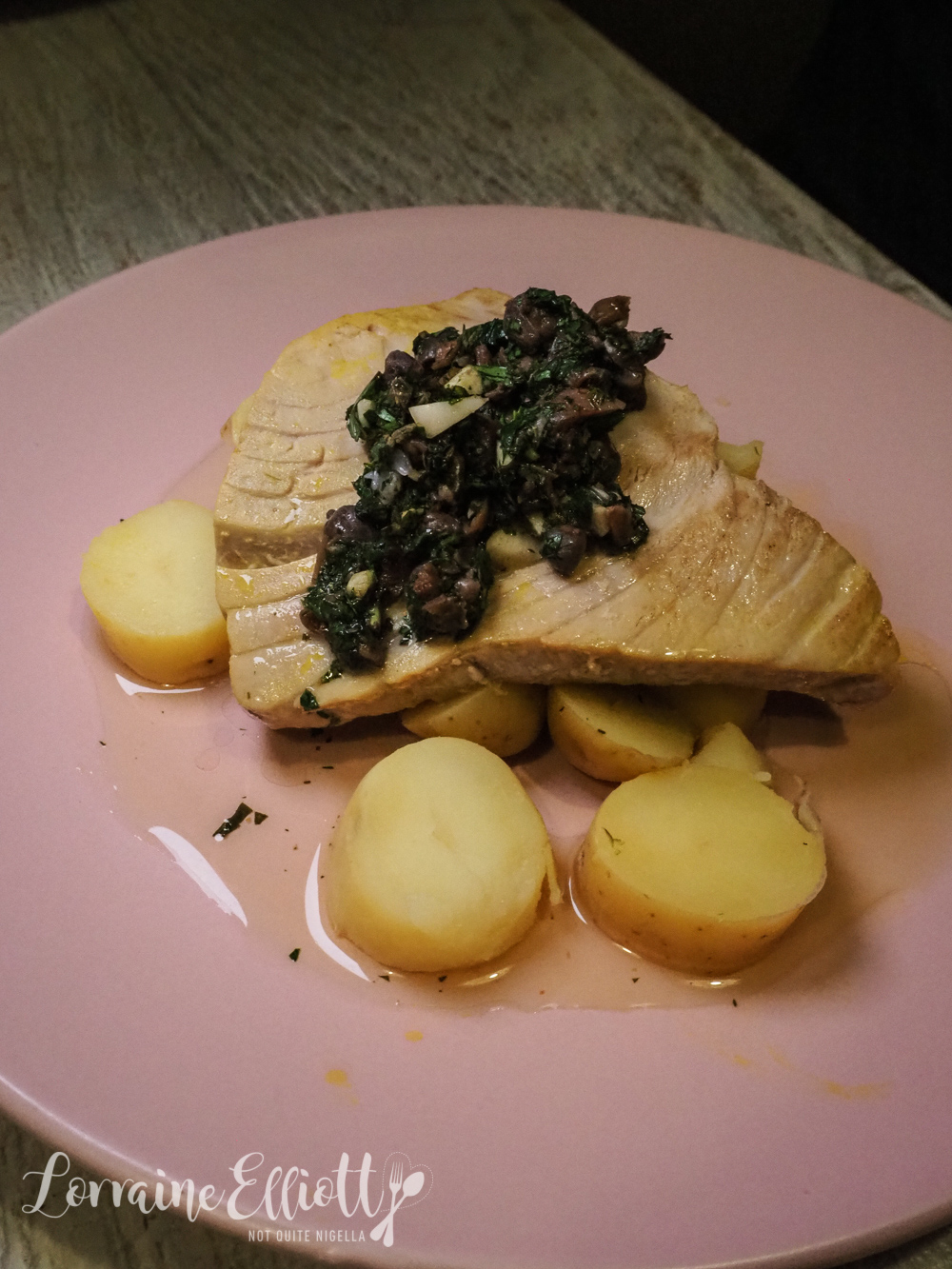 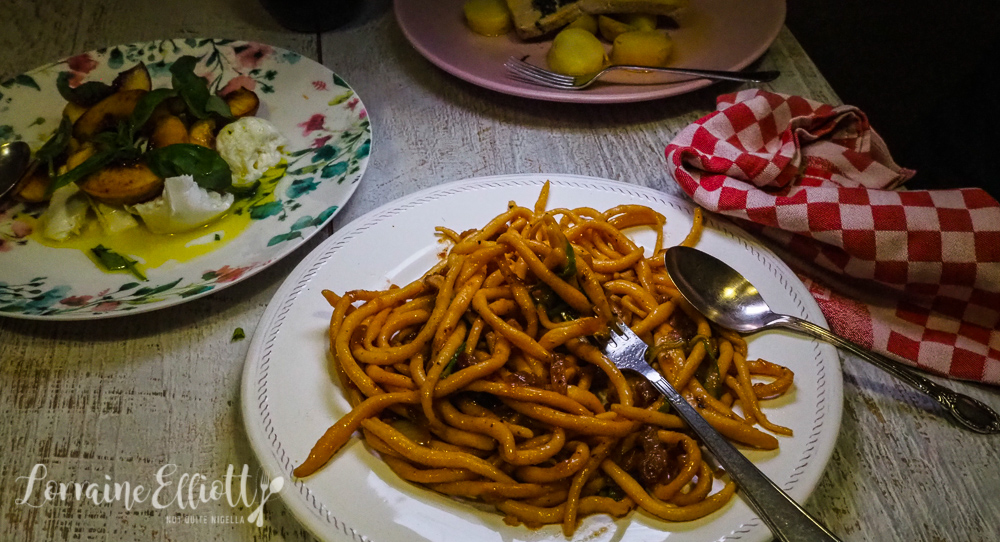 Sagra is also known for their free meals during this time. "As soon as the restrictions were put in place we started to hear that people, and in particular hospitality workers, we're worried about their finances in the coming weeks/months. We thought that offering them free food might alleviate one of those stresses. All three of us know what it's like to live pay cheque to pay cheque and feeding people was the simplest way we could support help support the community with the position we are in. It's not just for hospitality workers - anyone that needs a meal is welcome to one," says Michael.

So tell me Dear Reader, would you do a virtual cooking class? Are you getting takeaway or are you cooking more at home?

This class was independently paid for.