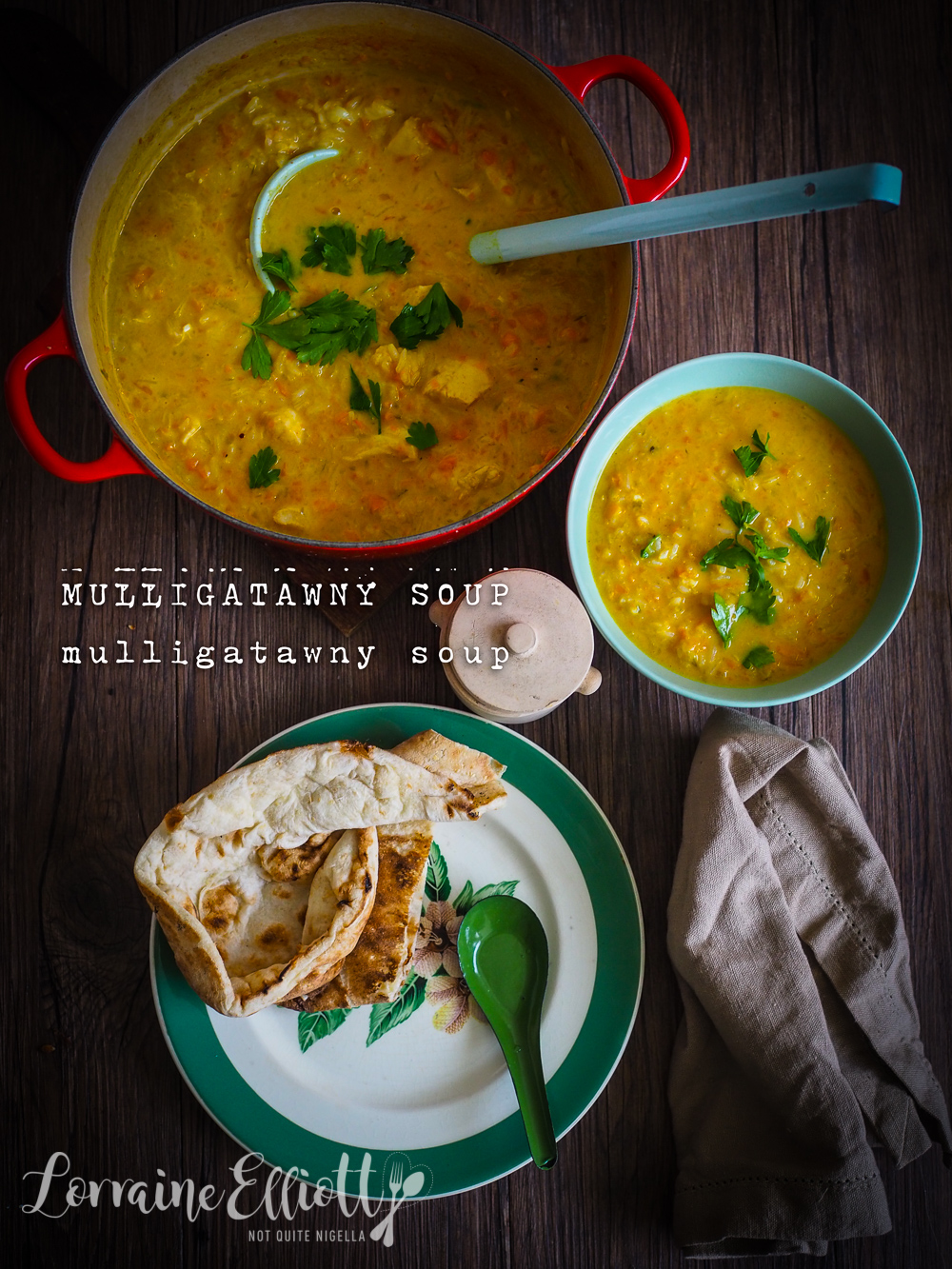 Mulligatawny is one of the most delicious and easy soups! It's essentially a curried chicken soup made with cream and rice and is a meal in one! We loved this soup so much we made it two times in a row and this is a pushy recipe Dear Reader.

The first time I saw Mulligatawny soup was in my mother's enormous Good Housekeeping cookbook, so large that it eventually split in two and lost its spine. I became fascinated by Mulligatawny with the long name that I tried to pronounce as a child. It really is a perfect sort of soup-hearty, moreish and warming yet also tasty cold!

Mulligatawny soup is a soup or a stew. It comes from a Tamil word that means "pepper water" or "pepper broth". It was originally prepared with peppers or capsicum which is where it gets its name from. Originally with Tamil origins and has been adapted over the years and starts with a soffritto base of celery, carrot and onion and some recipes contain apple and cream. It is said that during the time of British Raj, British soldiers were fed this by their Tamil servants and took a liking to it adding chicken and mutton to suit their tastes.

Vegan or vegetarian Mulligatawny: If you want to make this vegetarian or vegan you can omit the chicken and use potato instead and use vegetable stock instead of chicken stock. You can also substitute the cream with coconut cream (which was the traditional creamy element) and all of the above will yield a very tasty result. 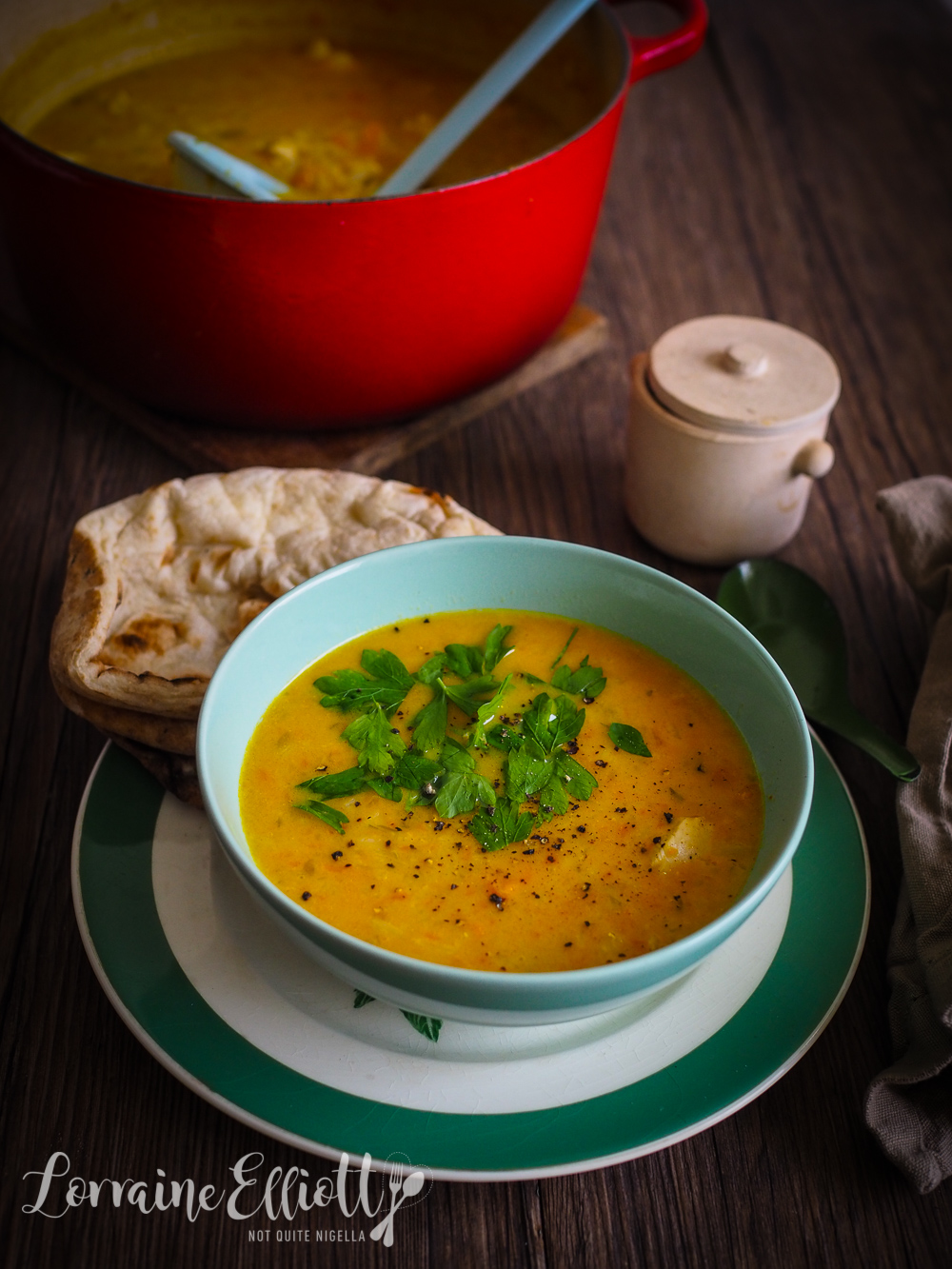 Speaking of substitutions, yesterday I mentioned that we had some issues at a restaurant with my friend Laura's allergies. She is seriously allergic to capsicum and has been her whole life. She had tablets for it and I always carry my epi pen after my shellfish allergy in Peru but it's always best not to tempt fate with allergies and we are careful to let wait staff know about this when we order.

Our waiter was a super lovely young guy and we explained that Laura couldn't eat capsicum. "No problems," he said and assured us that he would check with the kitchen when putting in the order.

He returned about 10 minutes later and said, "I've changed a few things in your order." We both looked at each other alarmed, I mean it's a bit odd changing a customer's order without checking but he assured us that it was because there was capsicum in the sauce of our chosen dish so with the decision made for us we just went along with it. 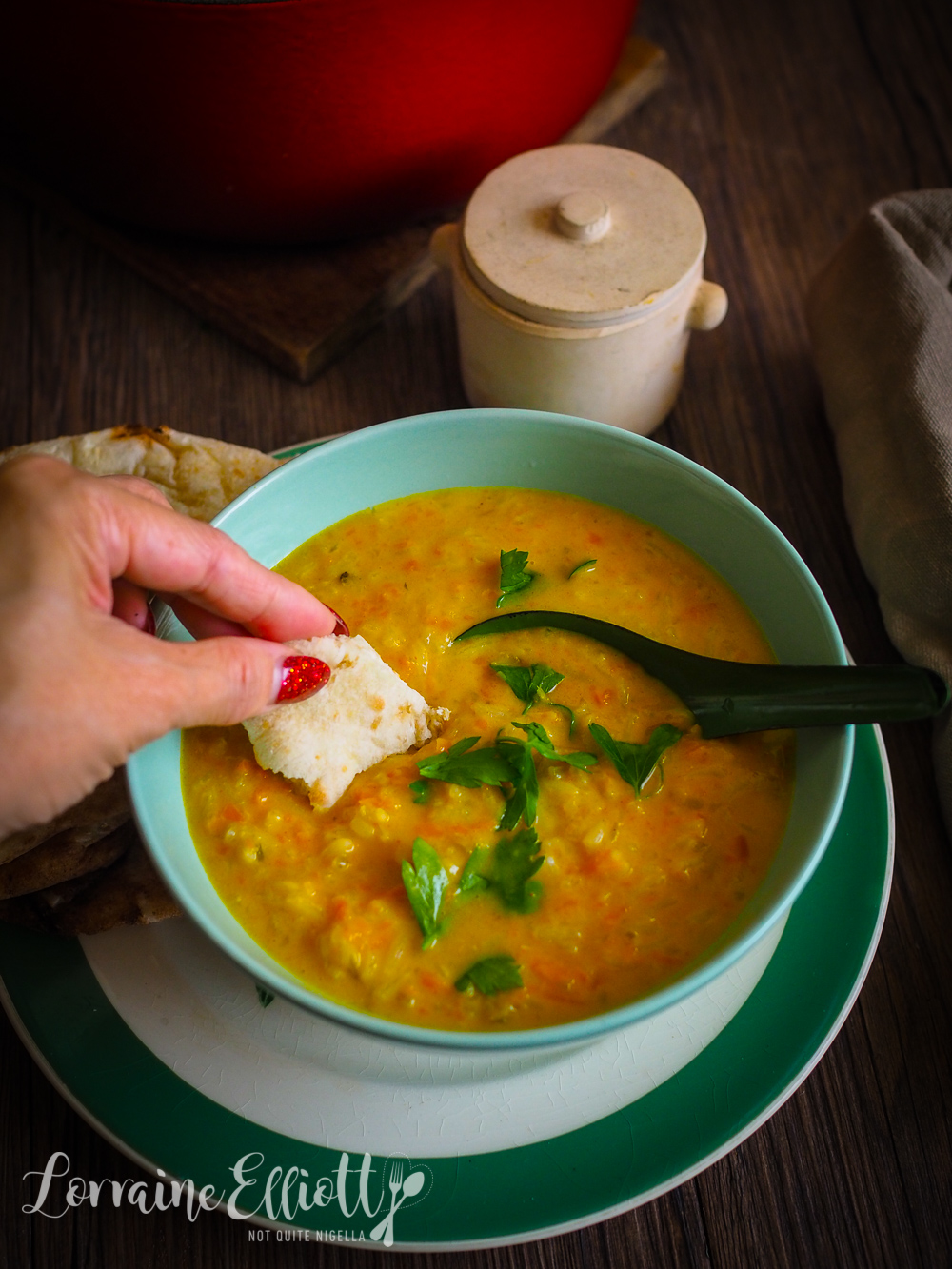 Laura was off washing her hands when the replacement dish arrived. On top of the potatoes on top of the fish were bright red ribbons of capsicum. "Hang on, there's capsicum," I said as he beamed proudly at the dish.

"Yes but she can just pick it off!" he said smiling, "It's not in the sauce."

"No you don't understand, she is allergic to it, she can't just pick it off," I said to him while his smile faded.

"But it's just on top," he said gesturing feebly at the dish his brow furrowed at this sudden twist in events.

At that moment Laura came back and saw the capsicum straight away. "You can pick it off right?" he said and we had to explain yet again that it wasn't as easy as picking something off. They did try and make up for it which was nice but for now we just refer to it as the "Just pick it off" capsicum incident! 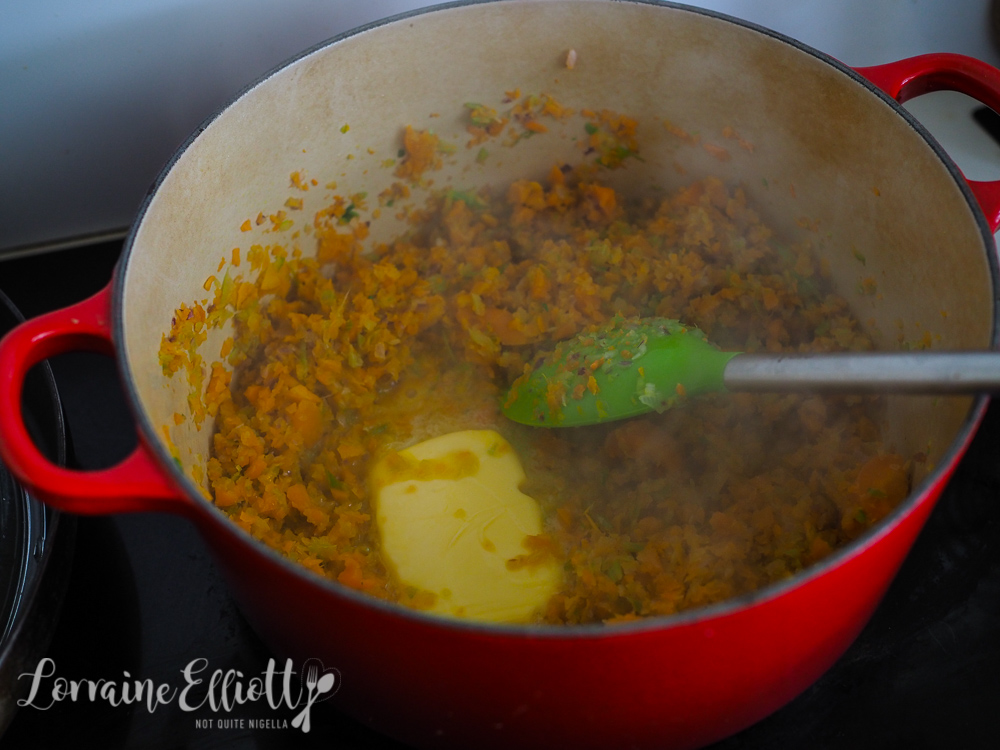 Step 1 - Heat oil in a large cast iron pot with a lid and sauté the onions, celery and carrots and curry powder until softened-it will take around 5-8 minutes or so as there's quite a lot of them. Add the butter and melt and then add the flour and coat the mixture in the flour. 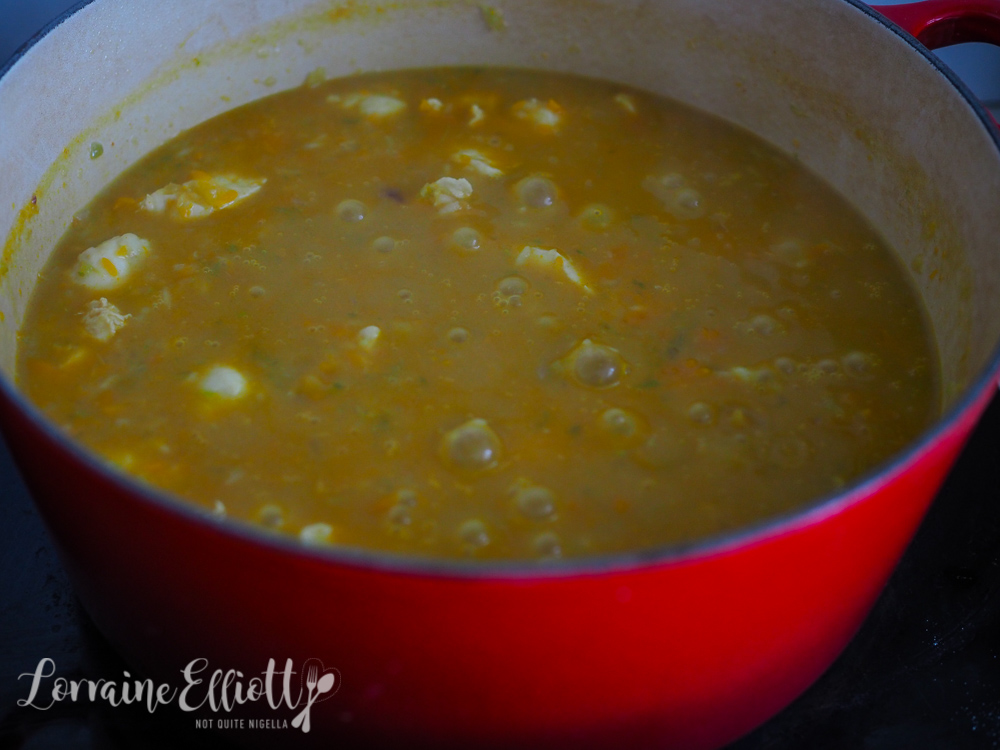 Step 2 - Add the chicken, chicken stock and rice and place the lid on and bring to a boil. Stir a few times and simmer for 15 minutes with the lid on to cook the rice. Add the cream, sugar and season with salt and pepper.