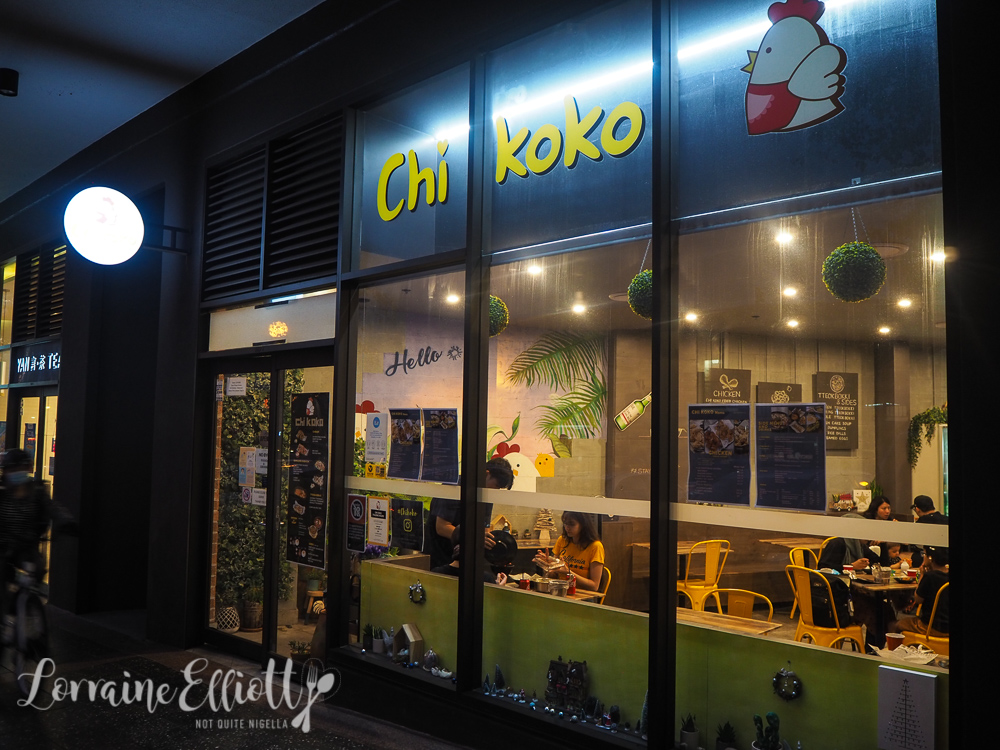 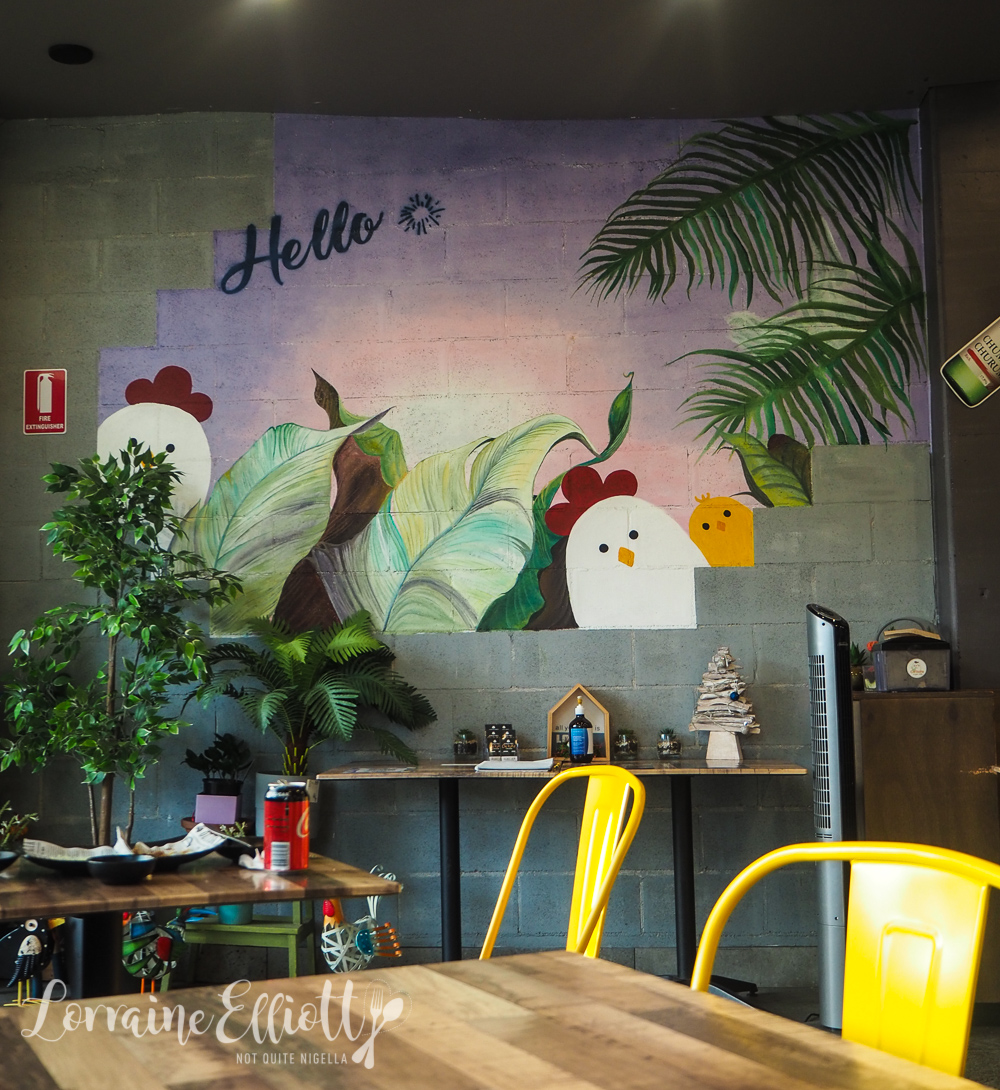 It's a busy pre holiday season but I feel like I have luck on my side when I manage to get a much contested park outside Chikoko and arrive first (which rarely happens). Sophia lives in Hurstville and this is her family'ss favourite Korean Fried Chicken place. "We get takeaway from here A LOT," says Sophia laughing. 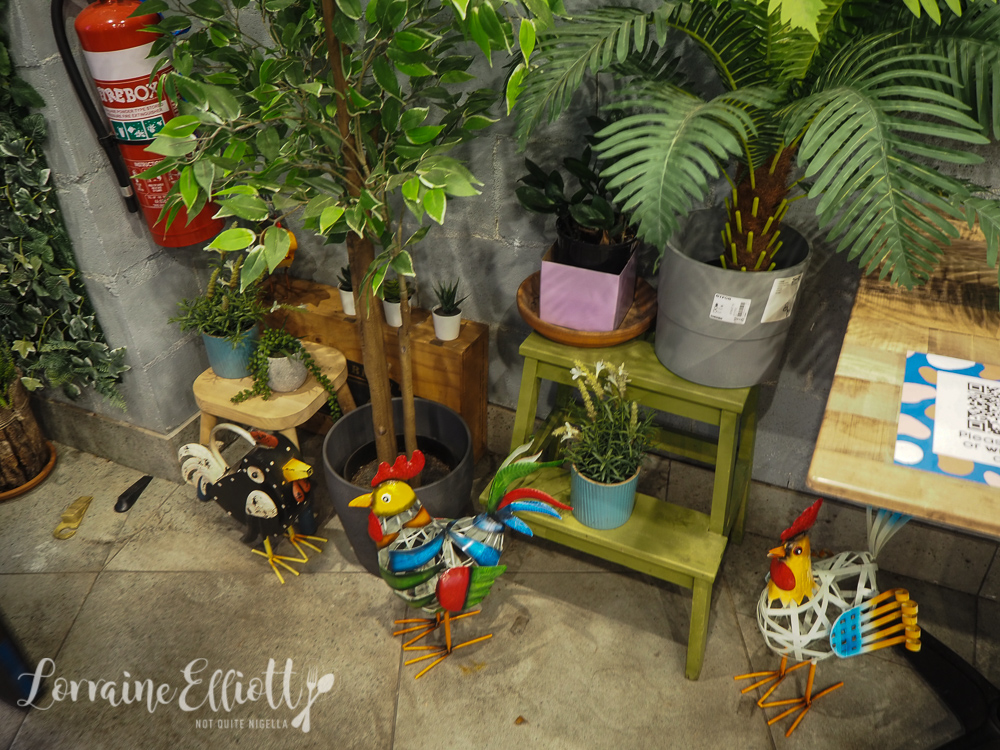 The restaurant is outfitted like a fast food eatery and you order at the counter. The menu is a mere 2 pages. One side is about Korean Fried Chicken split into boneless and bone-in and the other side are other Korean dishes like Bibimbap and Ttekbokki etc. There are also alcoholic drinks like Soju, Bokbunja (Korean raspberry wine) and Makgeolli (Korean rice wine). 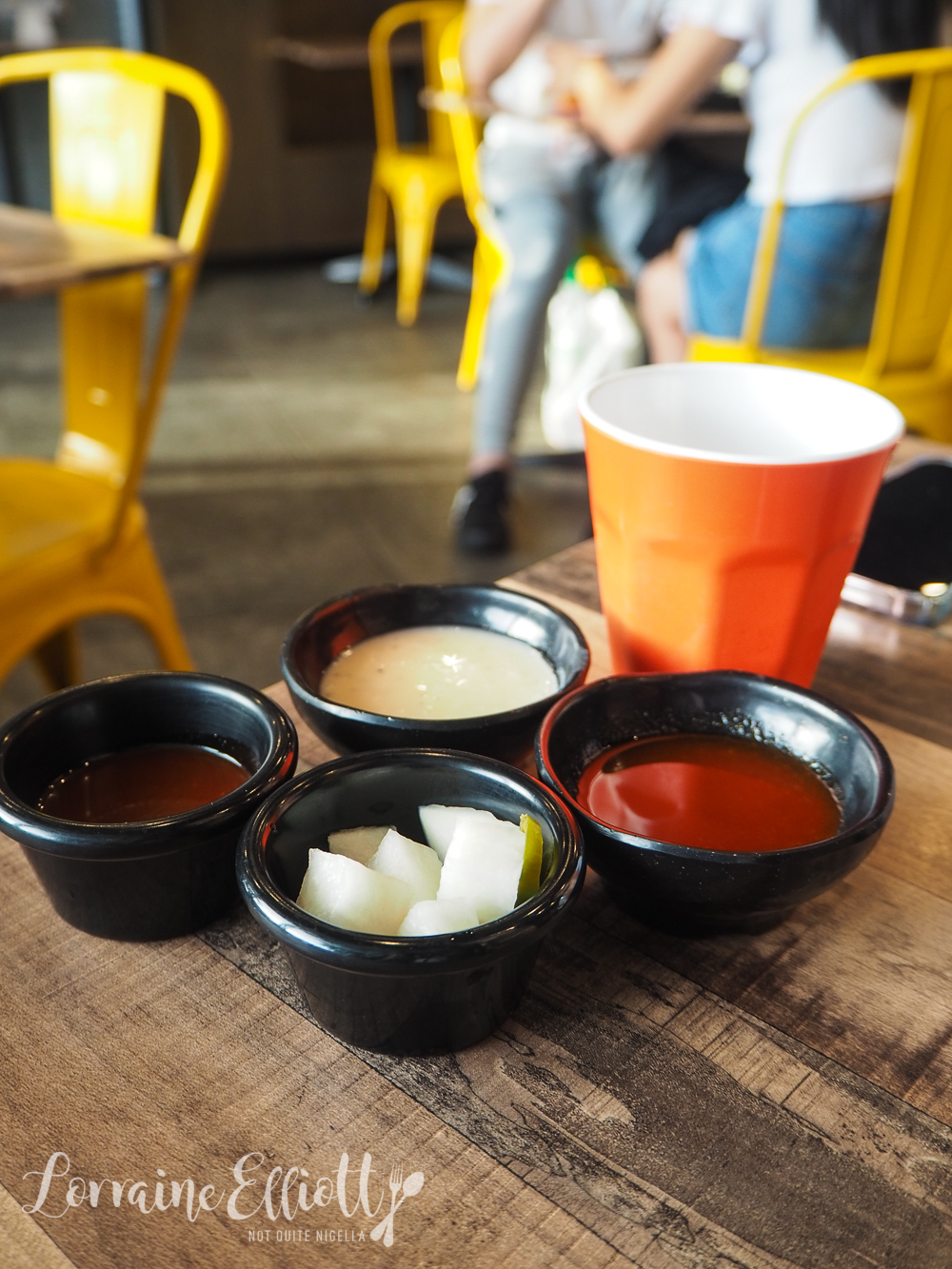 They set down some sauces on the table. There's a sweet spicy sauce for the chicken, their version of a ranch dressing, daikon pickles and a chilli sauce for the bibimbap. 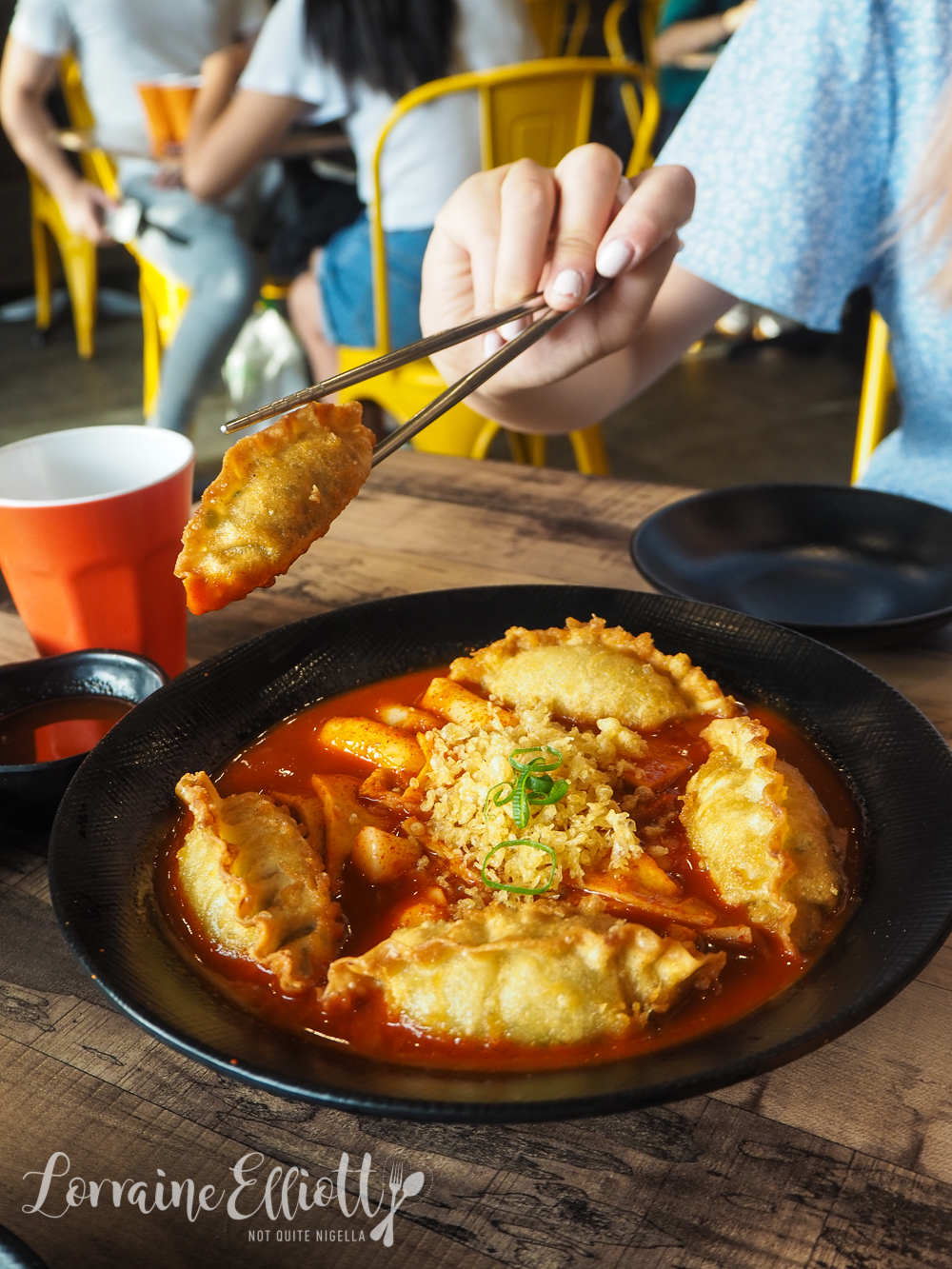 The first thing to arrive is the Ttebokki which are chewy rice cakes in a chilli based sauce. There are four varieties here: regular, noodle, dumpling and chicken ttebokki and we went for the dumpling version. 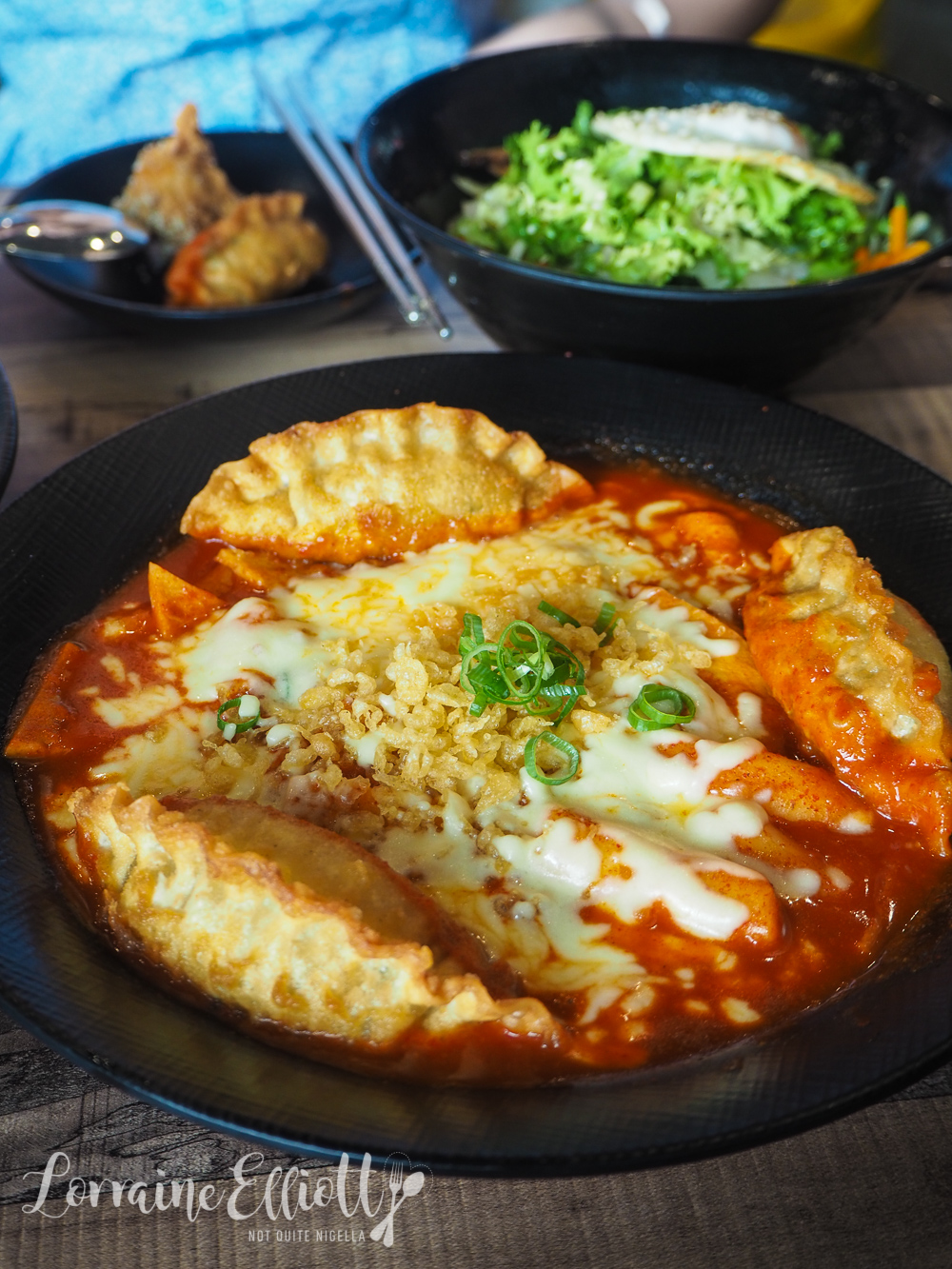 And although the menu says extra cheese is $2, the ttebokki doesn't come with any cheese so we add it on a bit later. The plump dumplings are deep fried and crispy and this is absolutely delicious with the strings of cheese, crunchy dumplings and chilli. 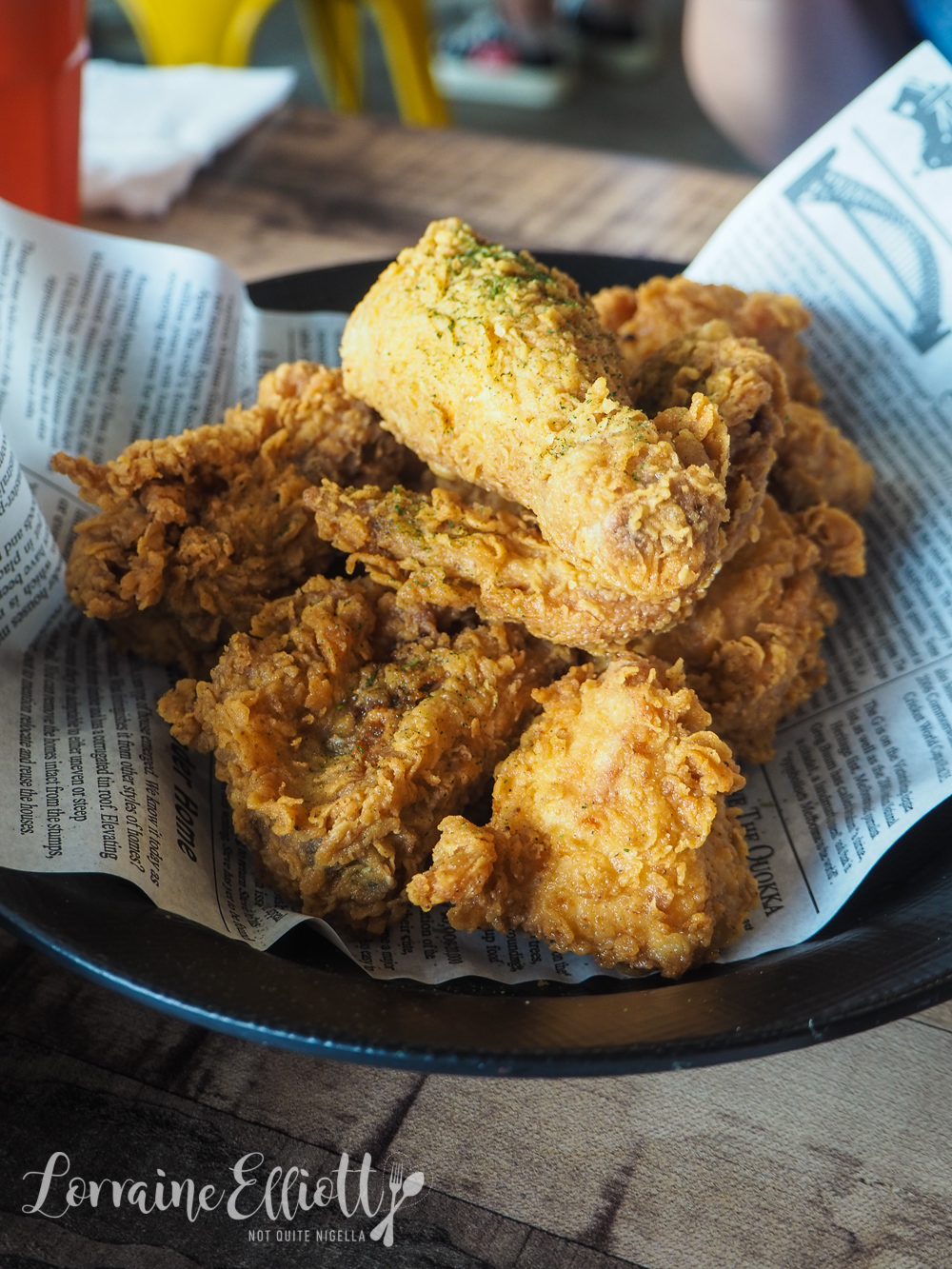 The chicken comes in whole or half sizes and we go for half so we can try more. Sophia always orders the classic bone-in regular fried chicken so we went with that. It's nothing short of fabulous. The chicken is not oily or greasy in the slightest, just beautifully crunchy, well seasoned and delicious. And highly addictive as I can't stop eating it! 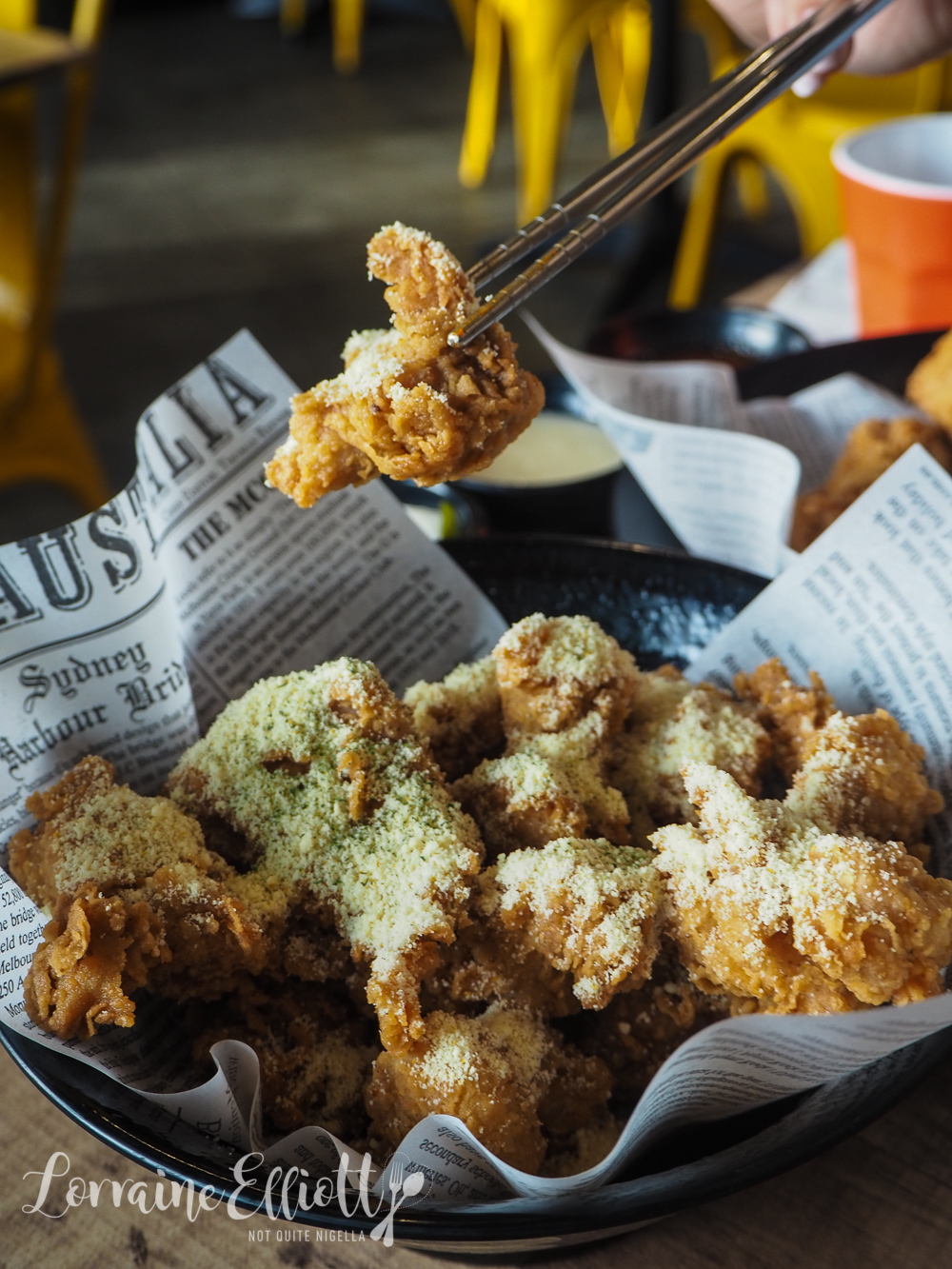 This wasn't our first choice as we wanted the U Koko but they come over to tell us that they're missing an ingredient to make it. The cheezling Koko is nice and the cheese powder is less sweet than other ones that we've had but I much prefer bone in chicken in the original above. 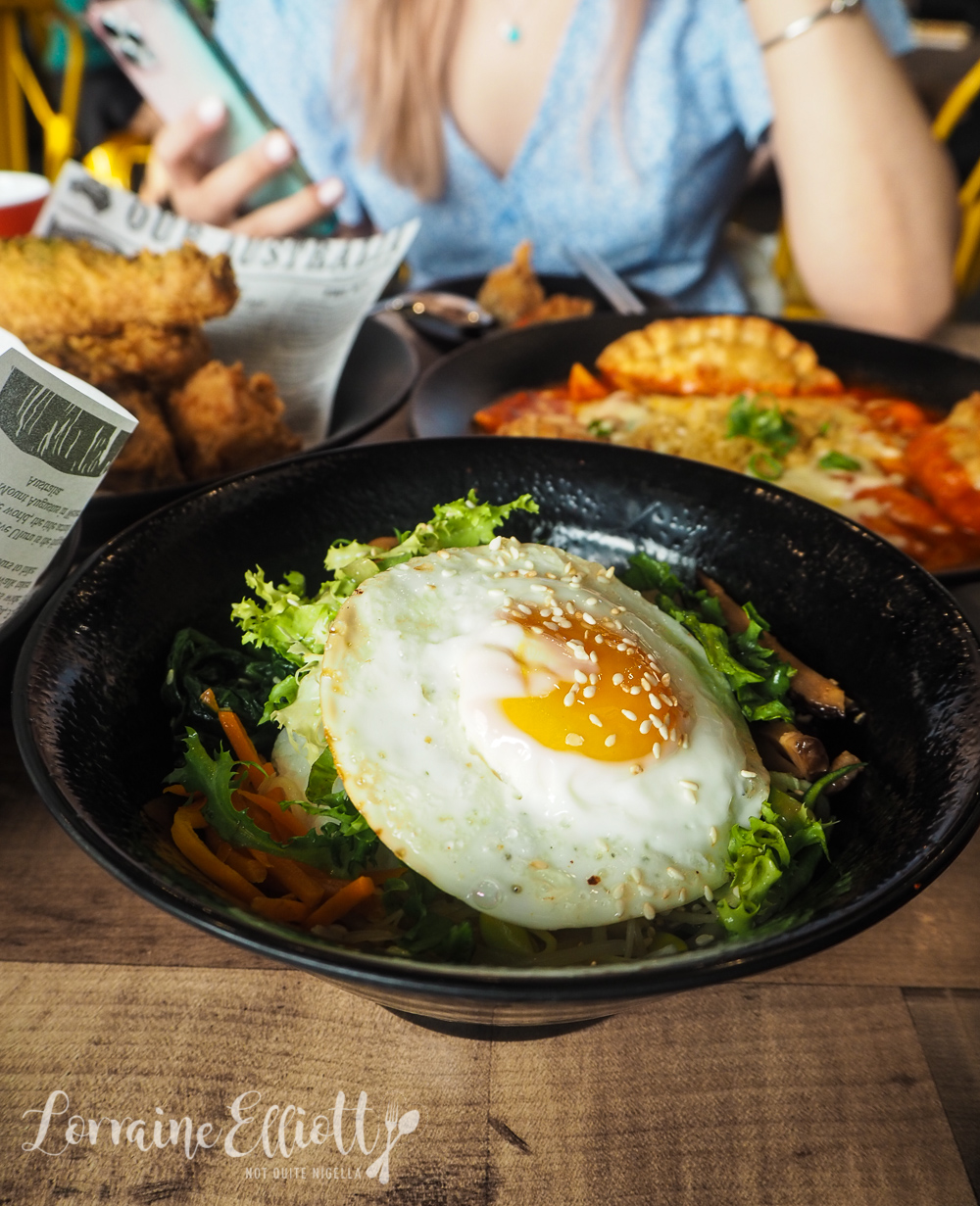 I like Bibimbap but more the one in the hot stone bowl so you get crispy rice at the bottom. This one isn't one of those but we ordered it so that Sophia could have rice with her chicken as it helps to temper the spiciness for her (she doesn't like chilli). It's not bad but I'm much more eager to have seconds of the dumplings and the original recipe fried chicken!

So tell me Dear Reader, if offered half sizes would you order them so that you can try more? Do you like Korean Fried Chicken and if so, what is your favourite flavour?