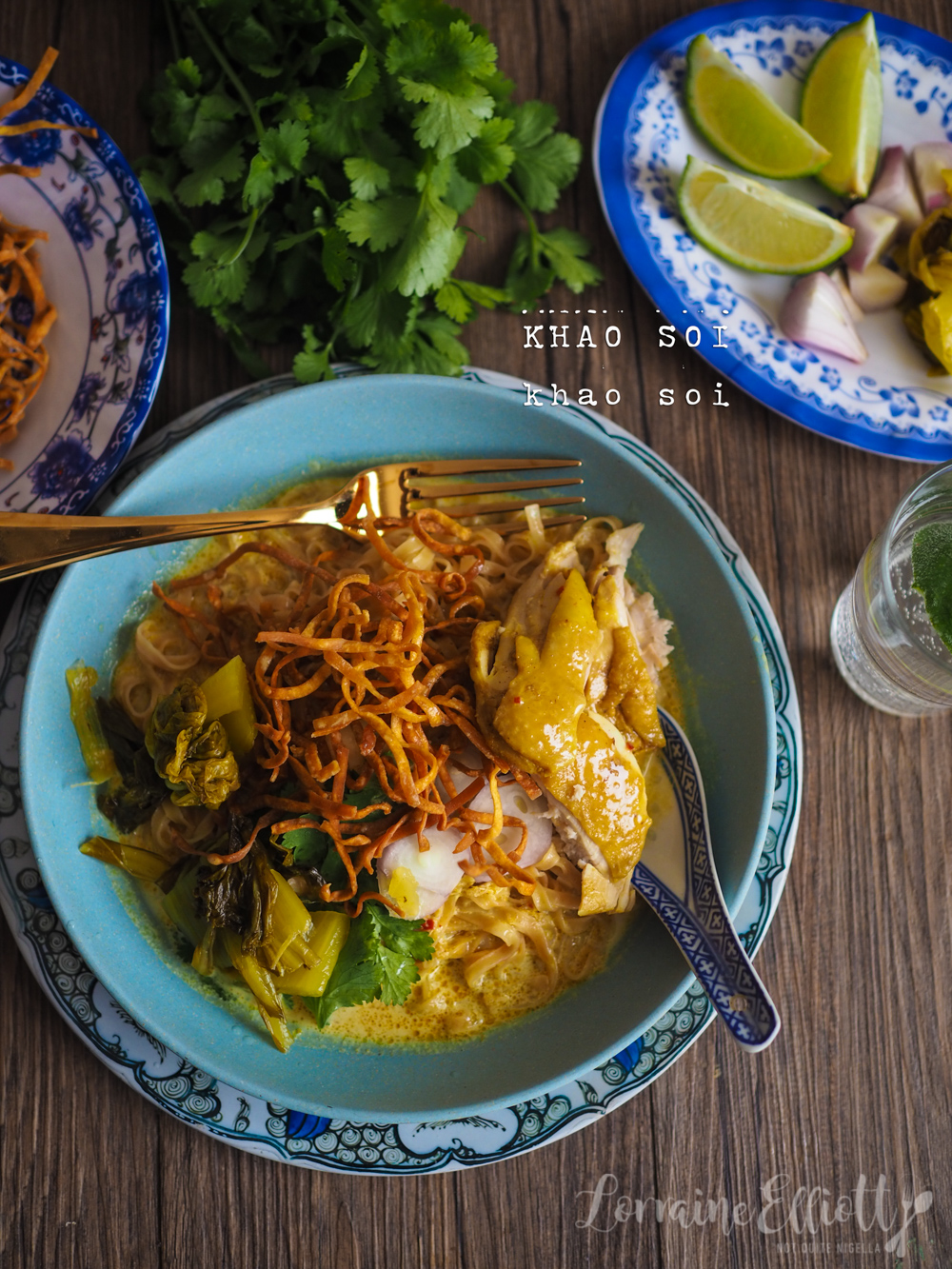 Khao Soi is a wonderful curry noodle soup from the Chiang Mai region of Thailand. And here I show you how to make it from scratch including the curry paste (and show you a short cut using a bought curry paste)! This wonderful noodle soup is delicious, flavour packed version of laksa but it is paired with chicken, a side of crispy noodles, eschallot and mustard pickles. This soup will transport you straight to Thailand and it is a pushy recipe Dear Reader!

The first time I tried Khao Soi I was instantly smitten. It was at a street stall in Chiang Mai and I had strict instructions that I had to try Khao Soi while I was there. We sat down next to huge tubs of condiments that people were adding to their bowls. Khao Soi is a dish that comes from the Chinese Muslims or Yunnanese Muslims that settled in Northern Thailand in the late 19th or early 20th century. Others say that its origins are from nearby Burma.

This recipe comes from chef Sujet Saenkham from Spice I Am who showed me how to make it in a cooking class. It brought back such great memories of the dish in Chiang Mai. I mean even if we can't travel there now, we will soon one day and in the meantime I'll travel to Chiang Mai with this Khao Soi. When I went to Thai town to buy the ingredients, I stayed for a bit longer enjoying the atmosphere just because it felt like I was there (although it was freezing cold!). 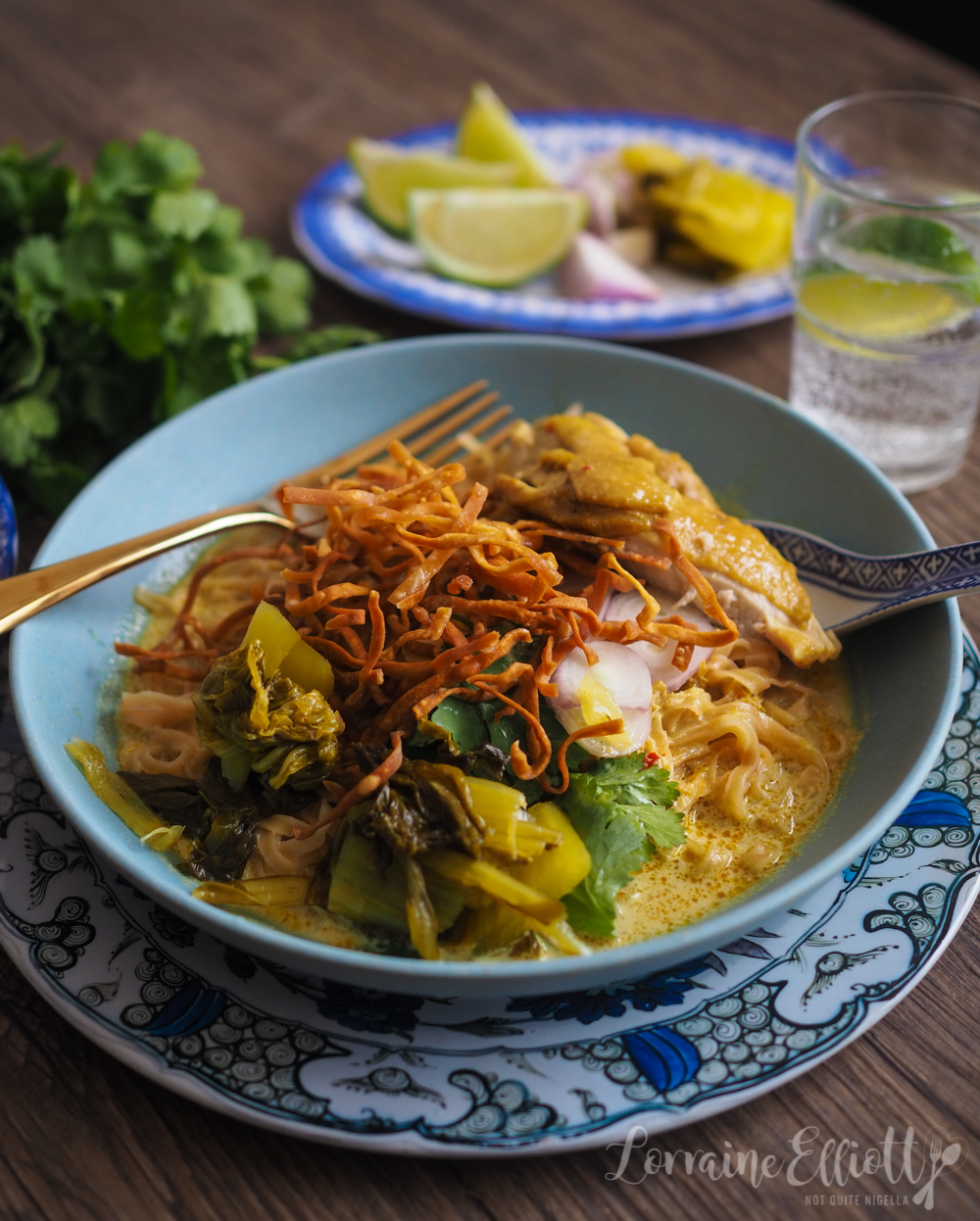 Laksa vs Khao Soi: The two dishes are similar but not the same. Laksa is often served in a large, cavernous bowl with lots of toppings, two types of noodles (hokkien and vermicelli) with cubes of deep fried tofu and seafood with a coconut milk based soup. Khao Soi is served in smaller bowls and is made with chicken and flat egg noodles and served with green mustard pickles, fresh eschallot pieces and crispy egg noodles. I actually slightly prefer khao soi over laksa because of the crispy noodles on top which makes it INCREDIBLY MOREISH. 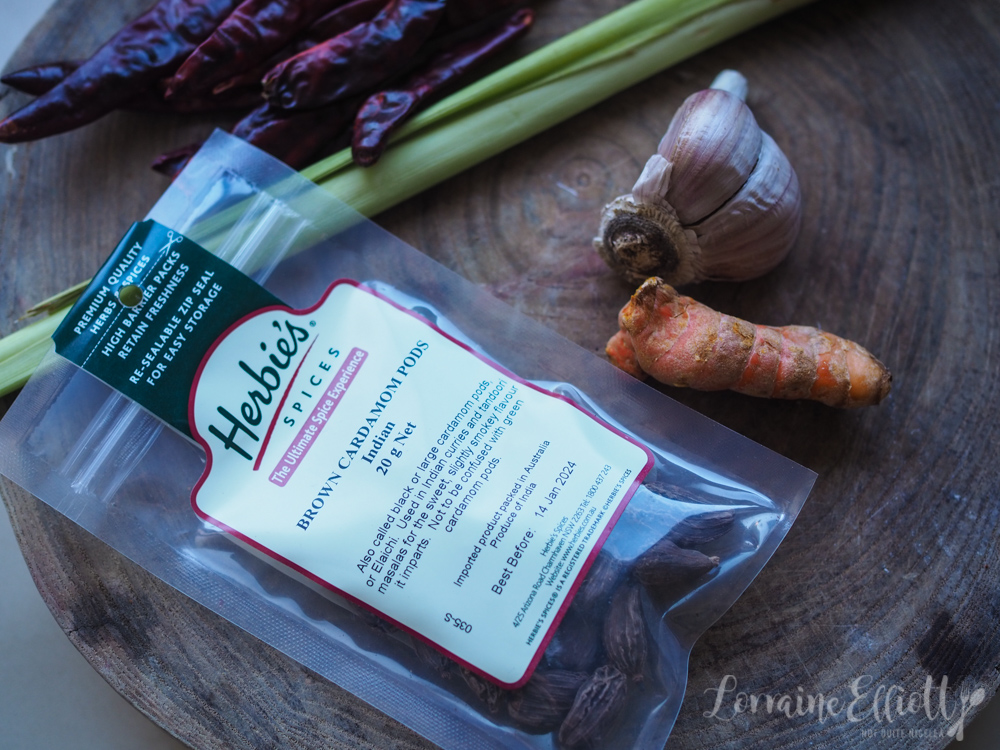 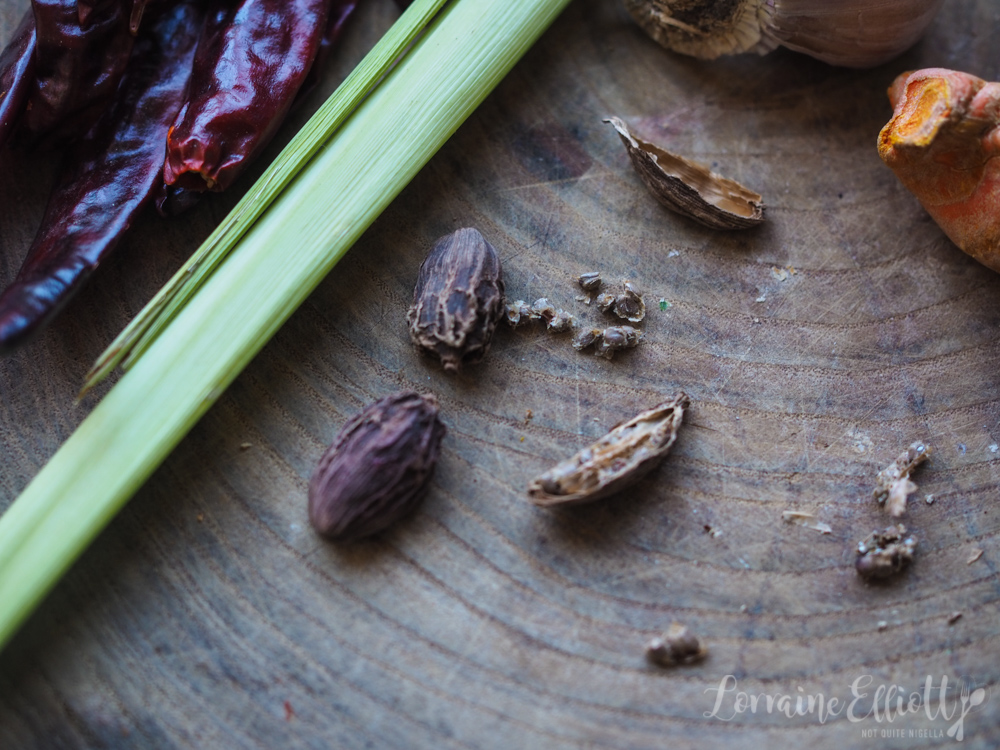 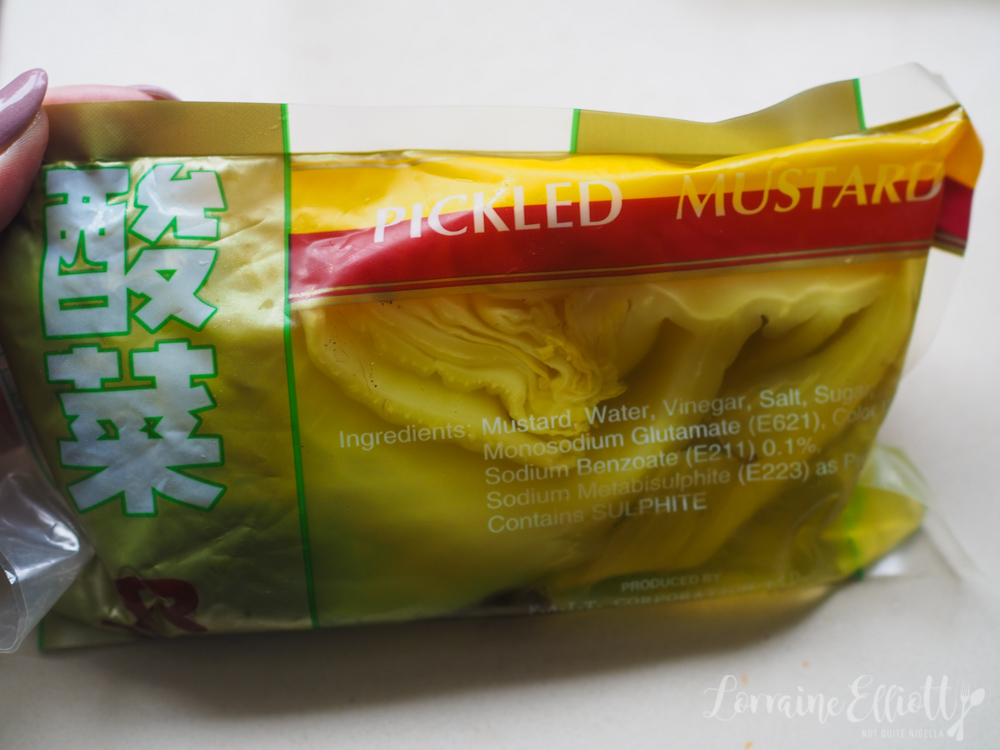 Want to cut down on the coconut cream and milk? I have tried this with different ratios and it's absolutely delicious with just 1 cup of coconut milk and no coconut cream (it's even tasty without coconut milk/cream!). 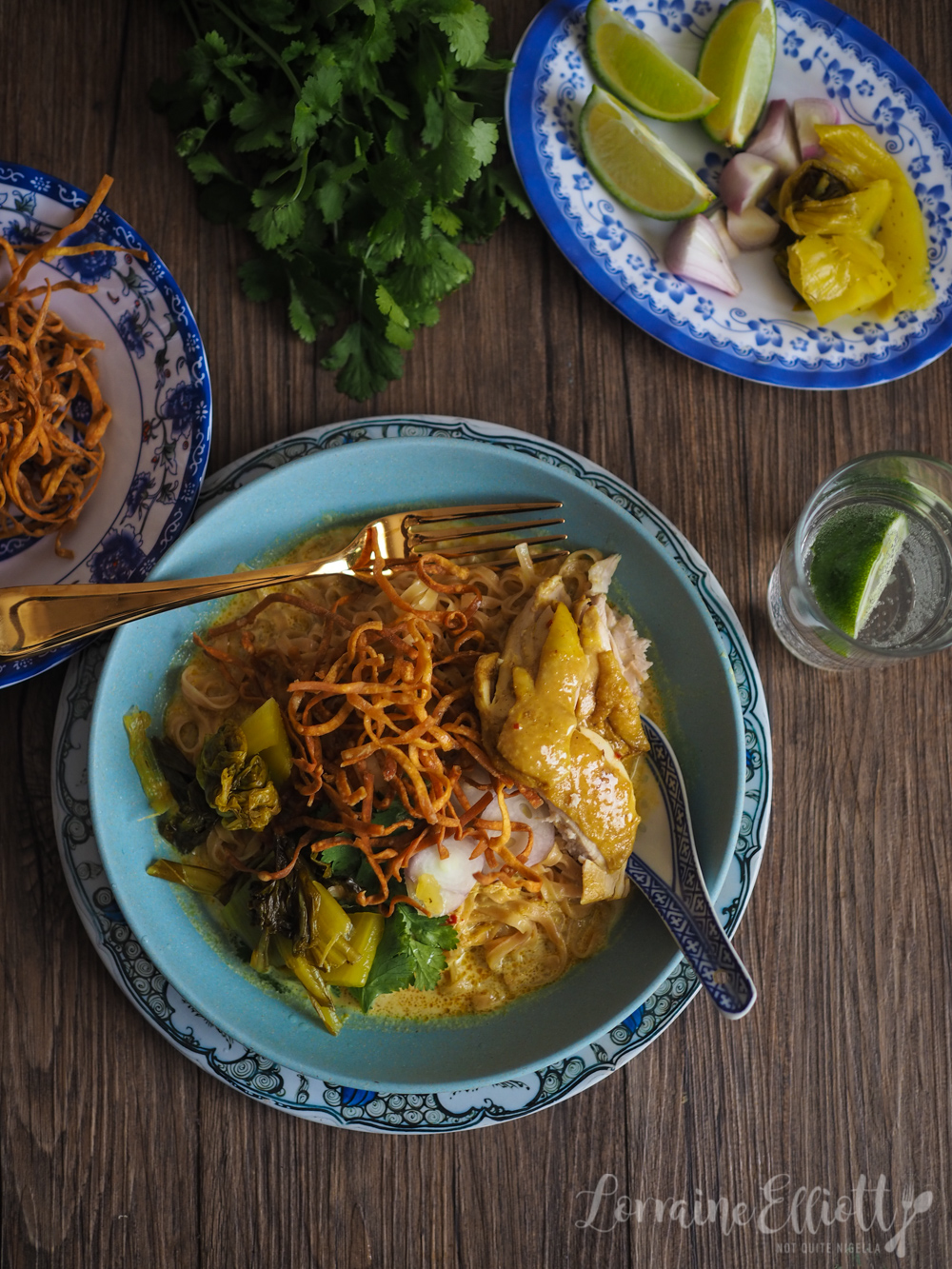 I made a big batch of this Khao Soi for Mr NQN. I was going away for the weekend with Laura and he was on special diet. He is seeing a doctor for his poor sleeping patterns and they wanted him to be on this restricted diet for 48 hours before getting a pee sample to send in. That meant that he wasn't able to have caffeinated drinks, fruit juices and a whole range of fruit, vegetables and spices. It also meant that we had to be careful when eating out and I mostly made him things to eat at home because that way I'd know what was in everything.

On the first day he ate his food as instructed but things rapidly deteriorated after that. On the Sunday I left him two boiled eggs and another container of khao soi but he decided that while he was hungry he was only going to feast on two eggs and a carrot the whole day. That was before having a massive a nap for 4 hours and then going out to windsurf for a few hours.

"You had just two eggs and a carrot and then went windsurfing?" I said incredulously (stifling laughter at the phallic image that popped into my mind), "Are you crazy?". I think that was one reason why he was so relieved to see me home and greeted me with such a warm hug and welcome home pickles. Honestly man children are a special breed!

That night as we were falling asleep I asked him, "Did you miss me?" and he mumbled something in the affirmative before adding, "It was so cold when you weren't here," he said. He didn't mean it in a romantic way though. "That's because I turn on the heater and air conditioner when it's cold!" I said laughing. So it turns out I'm also responsible for maintaining a liveable temperature too-ha!

So tell me Dear Reader, do you make good nutritional decisions on your own? Have you ever tried khao soi and if so, what did you think of it? And do you make your own curry pastes from scratch? 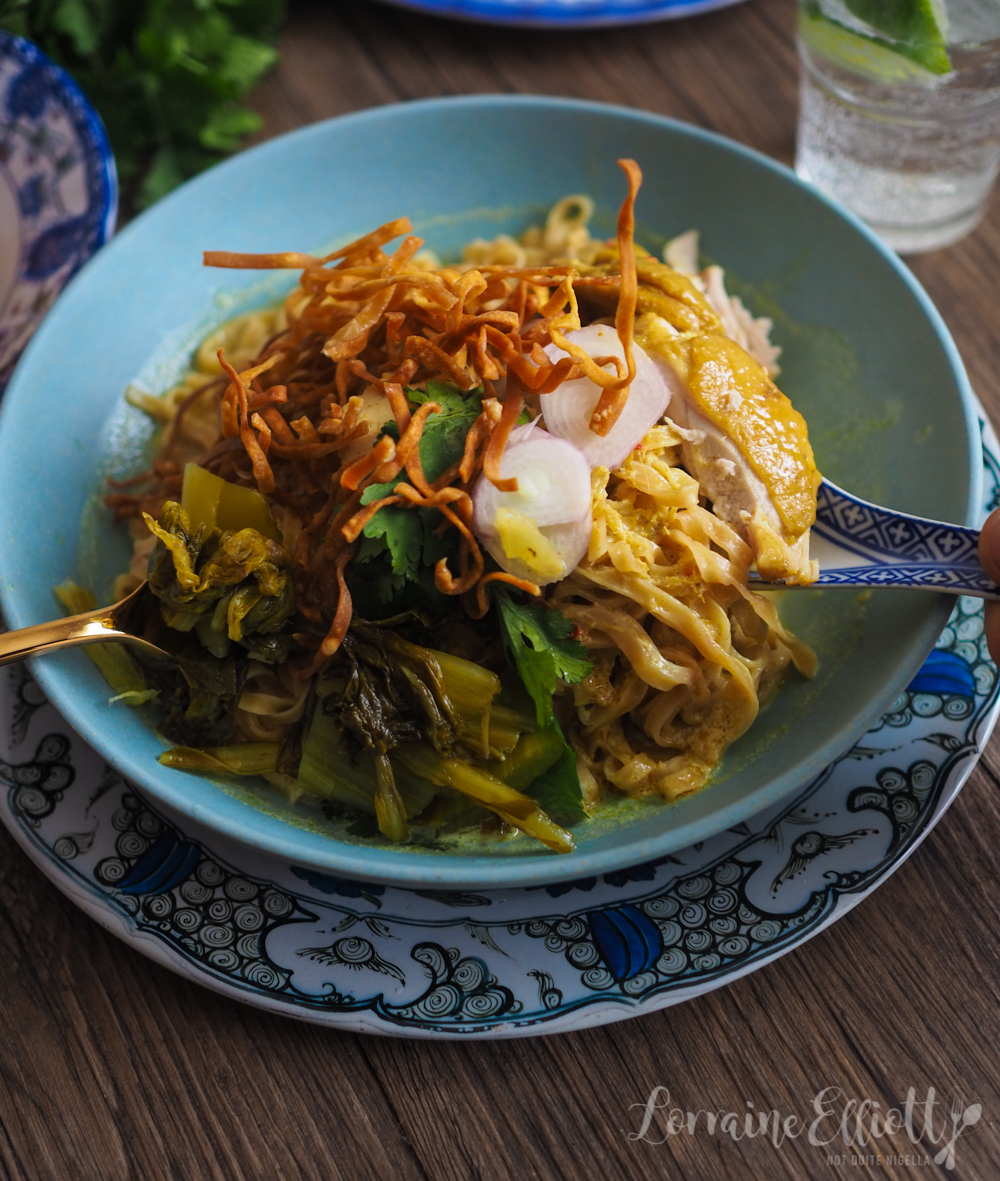 Adapted from chef Sujet Saenkham from Spice I Am

Cooking time: 10 minutes for paste, 15-30 minutes for chicken and noodles (depending on type of chicken you use) 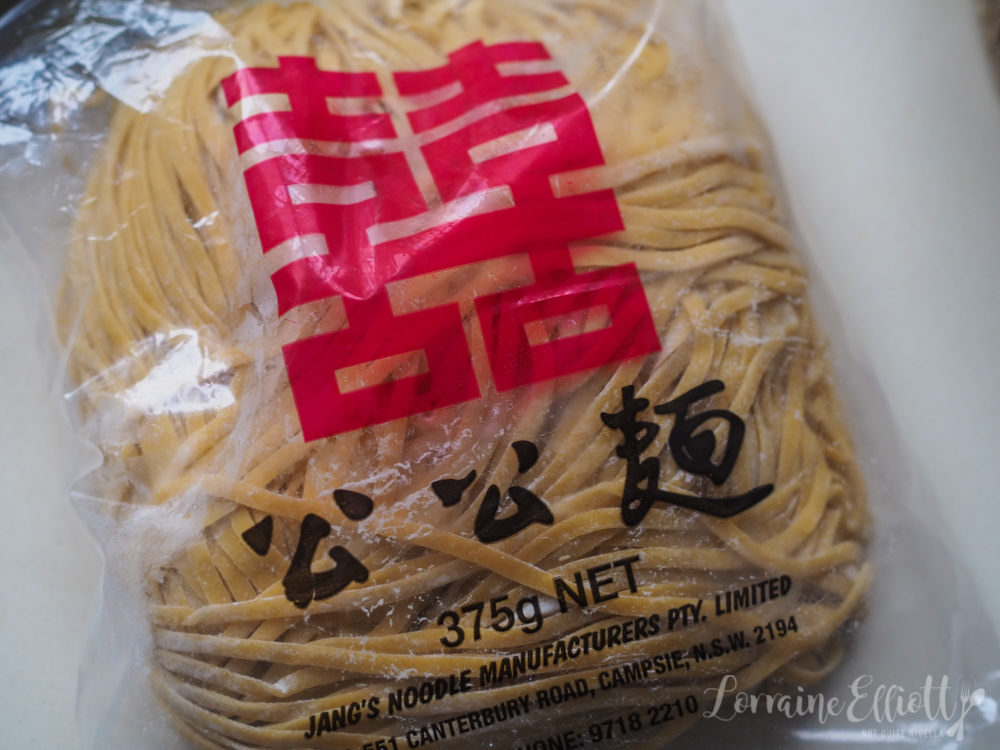 Step 1 - First make the curry paste which you can do ahead of time. Dry roast the black cardamom seeds, coriander seeds and curry powder until fragrant. Then place in a mortar and pestle or spice grinder and process. 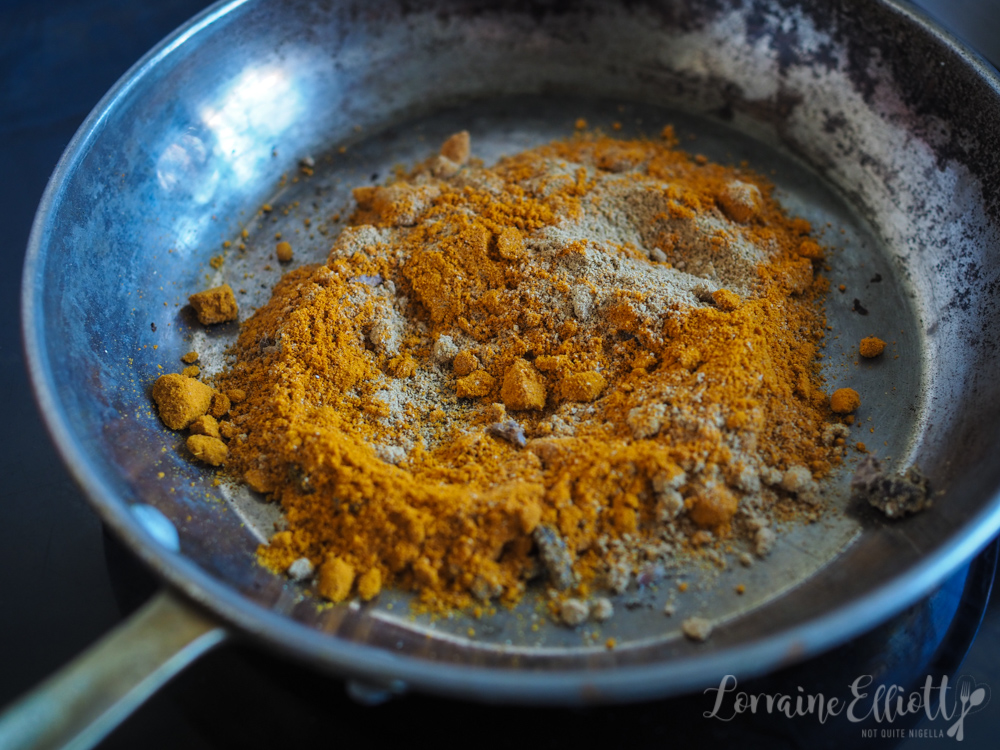 Step 2 - Place the chillies, eschallot, garlic, lemongrass, turmeric, ginger, salt and ground spices in a food processor and blend with the water until you get a smooth paste. Place this into a saucepan on low to medium heat and fry with the oil for 5-7 minutes until it starts to release its fragrance and smells sweet. Place in sterilised jars and cover the top with oil until ready to use. 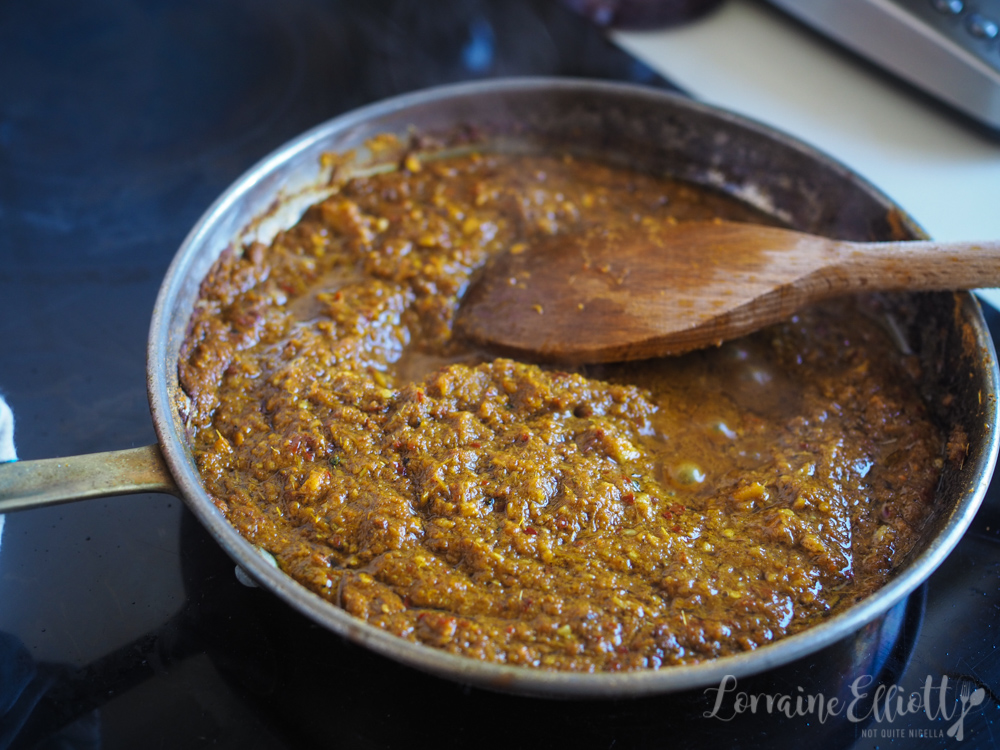 Step 4 - Set aside 200g/7ozs of the flat noodles to deep fry to become the crispy noodle topping. Line a plate with paper towels. Place some oil in a wok or pot and bring to 180C/350F (place a wooden chopstick in the oil and if bubbles appear then it is ready). Fry for a minute turning over to fry it all over and then place on the paper towel lined plate.

Step 5 - Wash the remaining egg noodles first in cold water to remove the starch and then cook in boiling water for 2 minutes. Add a couple of teaspoons of oil to prevent the noodles from sticking together. Divide the noodles among four bowls and ladle over with the chicken and soup. Serve with the mustard pickles, eschallot, lime wedges and crispy egg noodles on the side. 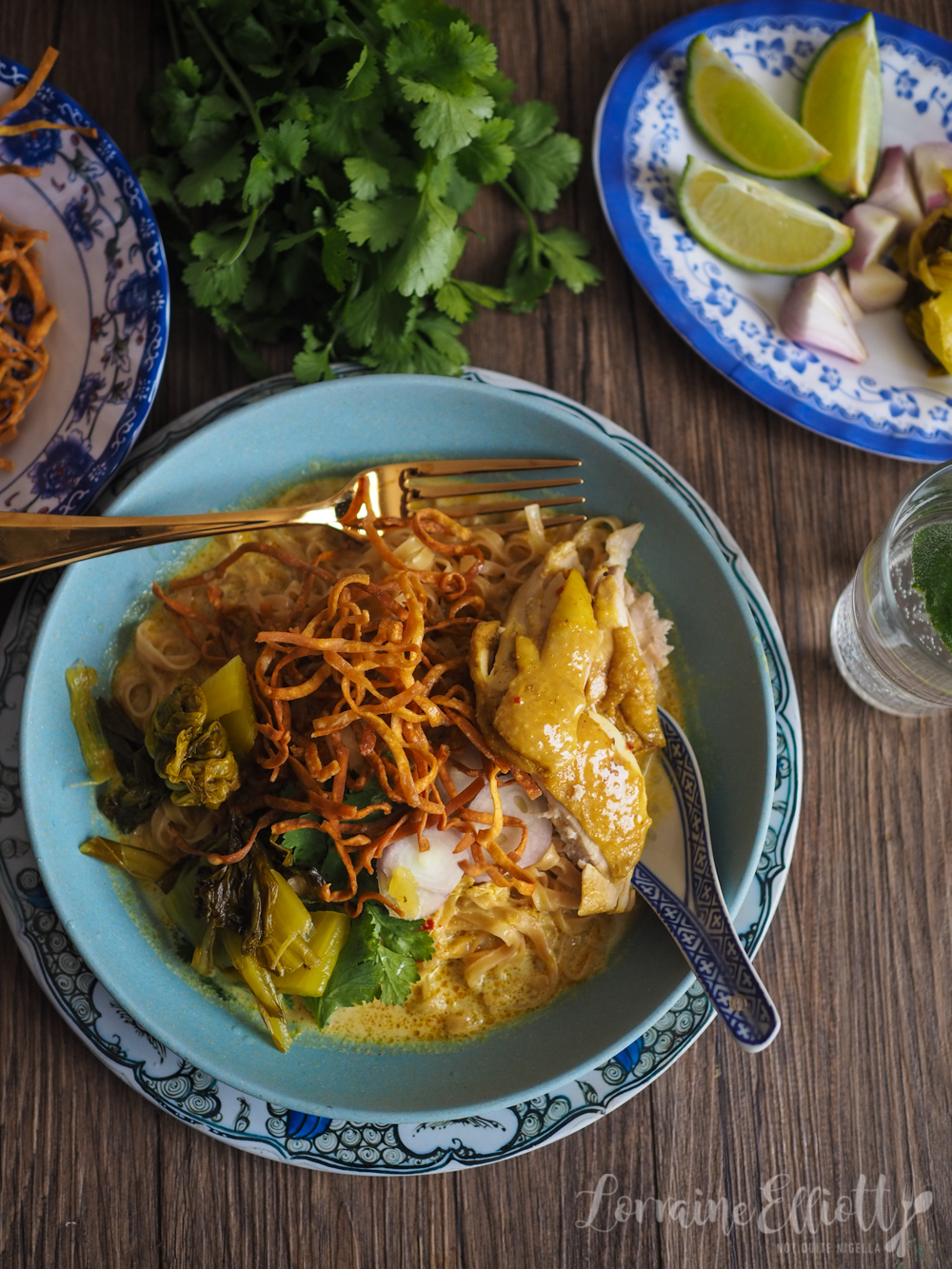